Late night eats at Nuit Blanche will keep you fuelled up during the witching hours of this annual art crawl. This year's edition will see a few special food events in and around the top exhibits, plus Nuit Blanche's first-time entry into Scarborough means an excuse to head near STC for some of the area's best 24-hour spots.

Here's your guide to late night eats available during Nuit Blanche this year.

As usual, there'll be food trucks slinging cheap quick eats at the main event centres all night long in partnership with Nuit Blanche.

This public food court-meets-art installation by Canadian artist Ken Lum is taking over the little side street running between the Eaton Centre and Old City Hall with dumplings from all over the world.

With Sterling Road installations at the newly-opened MOCA, Double Happiness Project and by the Drake Commissary, the latter will be running a fried chicken stand and satellite bar outside the restaurant (inside is closed for a private event) until 2 a.m.

Satisfy your cravings this weekend with a big meal from Chimac, open until 2 a.m. Photo by Hector Vasquez. 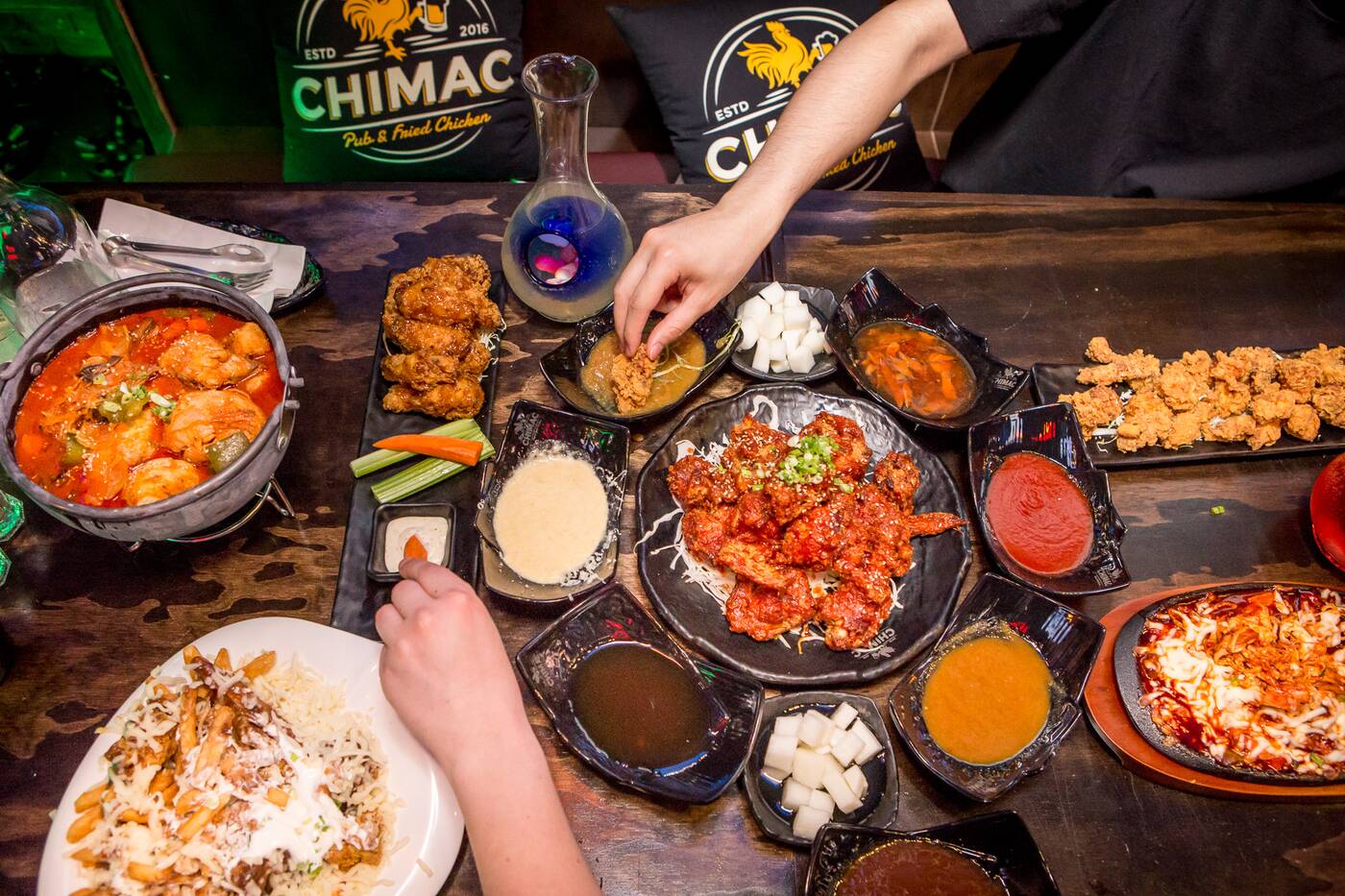 Whether you're looking for late night Chinese food, burgers, or 24-hour joints, there's no shortage of options in almost every neighbourhood of the city.