Roywoods is a surprisingly genuine jerk takeout spot below the behemoth of residences on Fort York Boulevard near the base of Bathurst. Close enough to clubby King and Bathurst and many patrons' homes to be open until 4 or 5 a.m. on weekends, this place does a booming late night trade.

Owners Regis Jay and David Isaias are both residents of CityPlace, and Jay convinced the chef whose food he'd been eating out in York Mills since he was little to come cook here. "Chef Donald" from Jamaica still keeps his authentic secret recipes closely guarded. Roywoods is named for the street Jay grew up on. 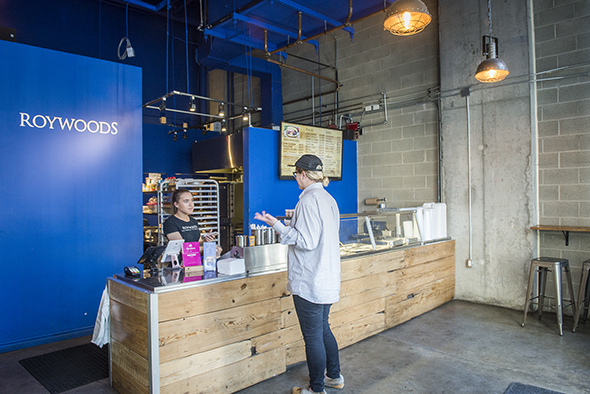 The colour scheme is an eye-catching white and blue that makes me think more of a Greek place, but the outside sign is huge and imposing enough to stand out in its monolithic surroundings. The interior is relatively small but has nice big windows, and some bar seating facing those windows. 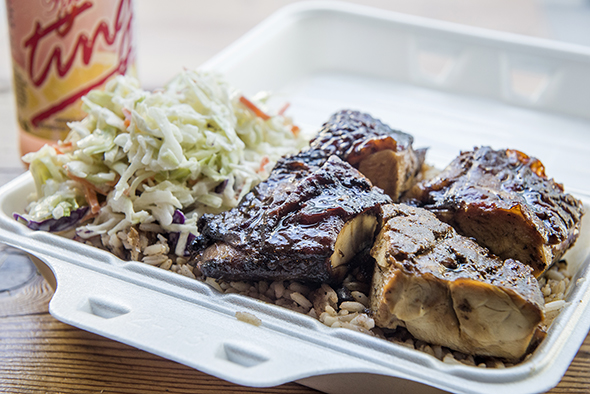 The classic and most-ordered item here is the jerk chicken plate ($10.99) and this is one of the better ones I've had. Resting on a bed of savoury, sweetly spicy rice and red kidney beans made with coconut cream, the chicken is sublimely moist, the skin crackly and flavourful. It's ladled with a gravy made from the chicken juices and topped with peppery, refreshing slaw. 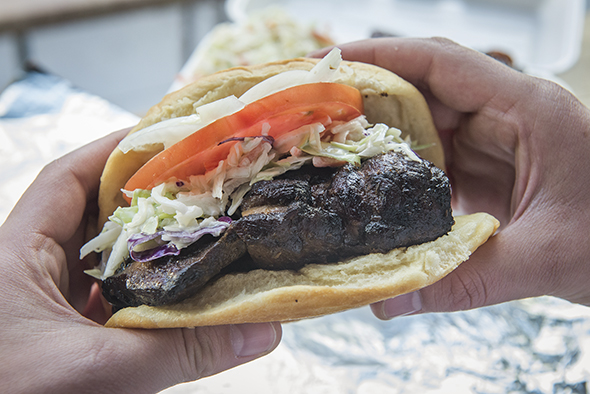 The jerk chicken sandwich ($8.99) is incredible here, based off one Jay used to eat three times a day, apparently. The bun is coco bread made fresh daily, and you can tell by how soft and airy it is. Inside is the same jerk chicken and the traditional toppings of tomato, onion and more coleslaw along with spicy mayo made by mixing their hot sauce into regular mayonnaise. 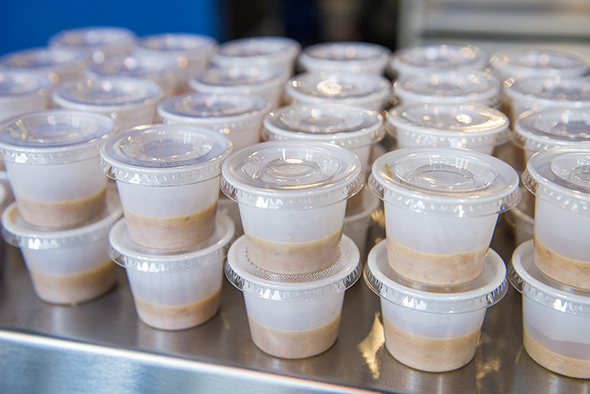 Don't skimp on the sauce when you come here, or do if you don't love spice, but these little tubs filled with scotch bonnet liquid gold using peppers from Kensington add marvellous heat to all the dishes. 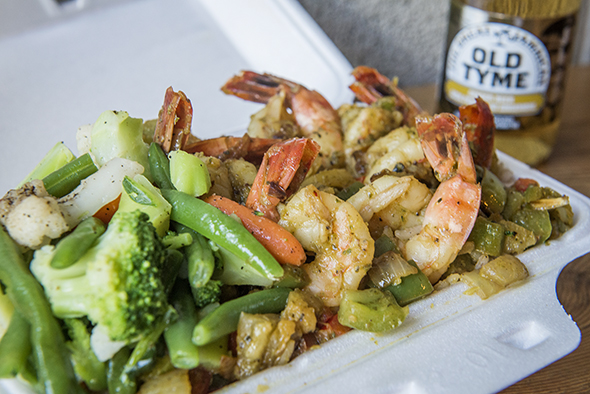 The jerk shrimp ($14.99) is a slightly more unusual, but the jerk spices still work in excellent harmony with the seafood, and the tender, butterflied shrimp burst with flavour. We opt for steamed veggies on the side instead of coleslaw, and seasoned simply with salt and pepper they taste pure, homemade and healthful. 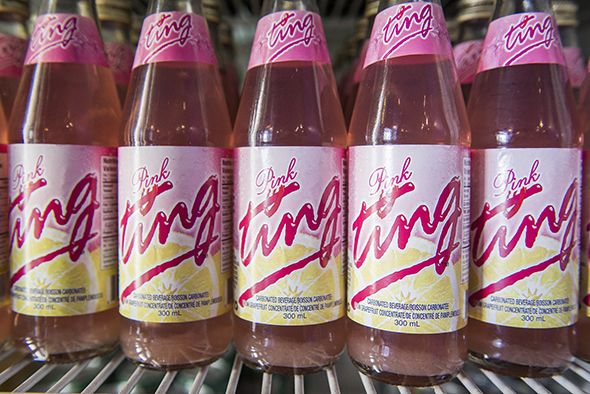 They have a variety of drinks you'll only find in a jerk place here, too, like Old Tyme ginger beer, Grace peanut drink, and even pink Ting. 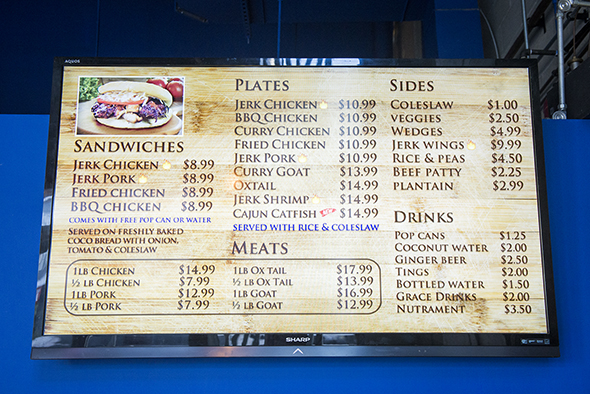 Other than the ledges and stools inside it's just the lunch counter, but they actually have a fairly large nice patio for use when it's warm. 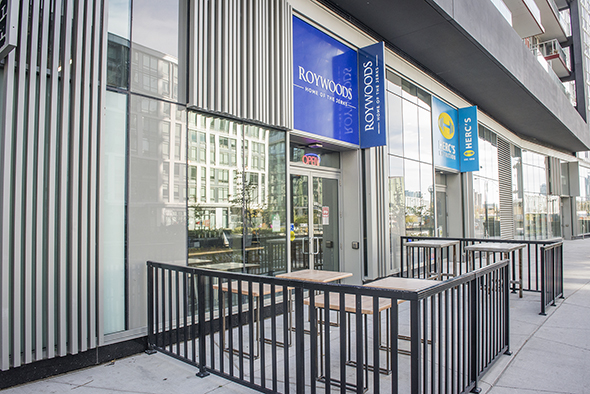