Scotty Bons is named for the scotch bonnet pepper, the basis of a fiery house hot sauce at this Caribbean takeout spot.

The place distinguishes itself from other Caribbean restaurants in the city with halal scratch cooking, elevated design and customizable fusion bowls, roti and sandwiches. 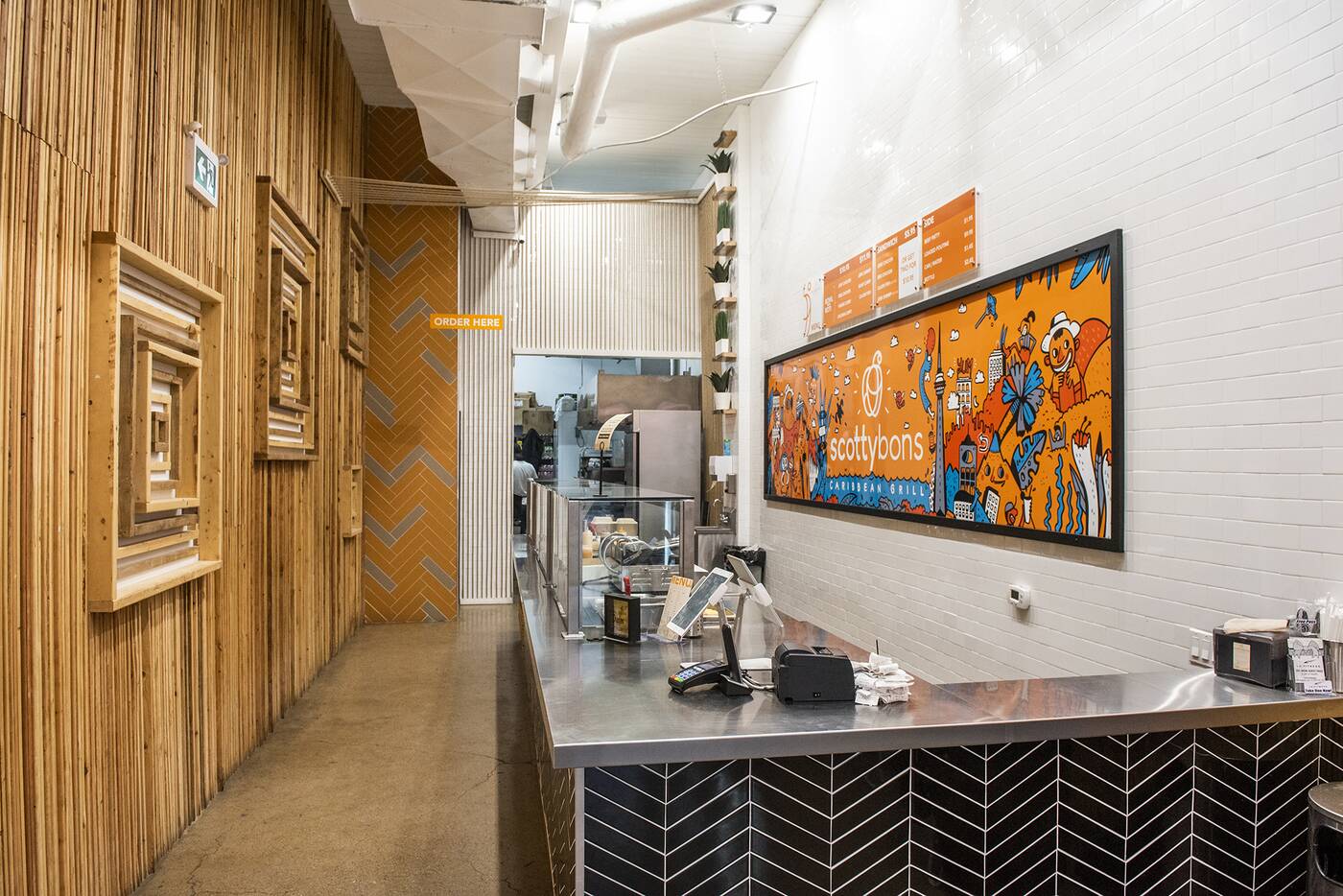 The 6-seat, high-ceilinged environment is a far cry from the usual island takeout joint, incorporating graphic touches with bold lettering along with wood and rope accents. 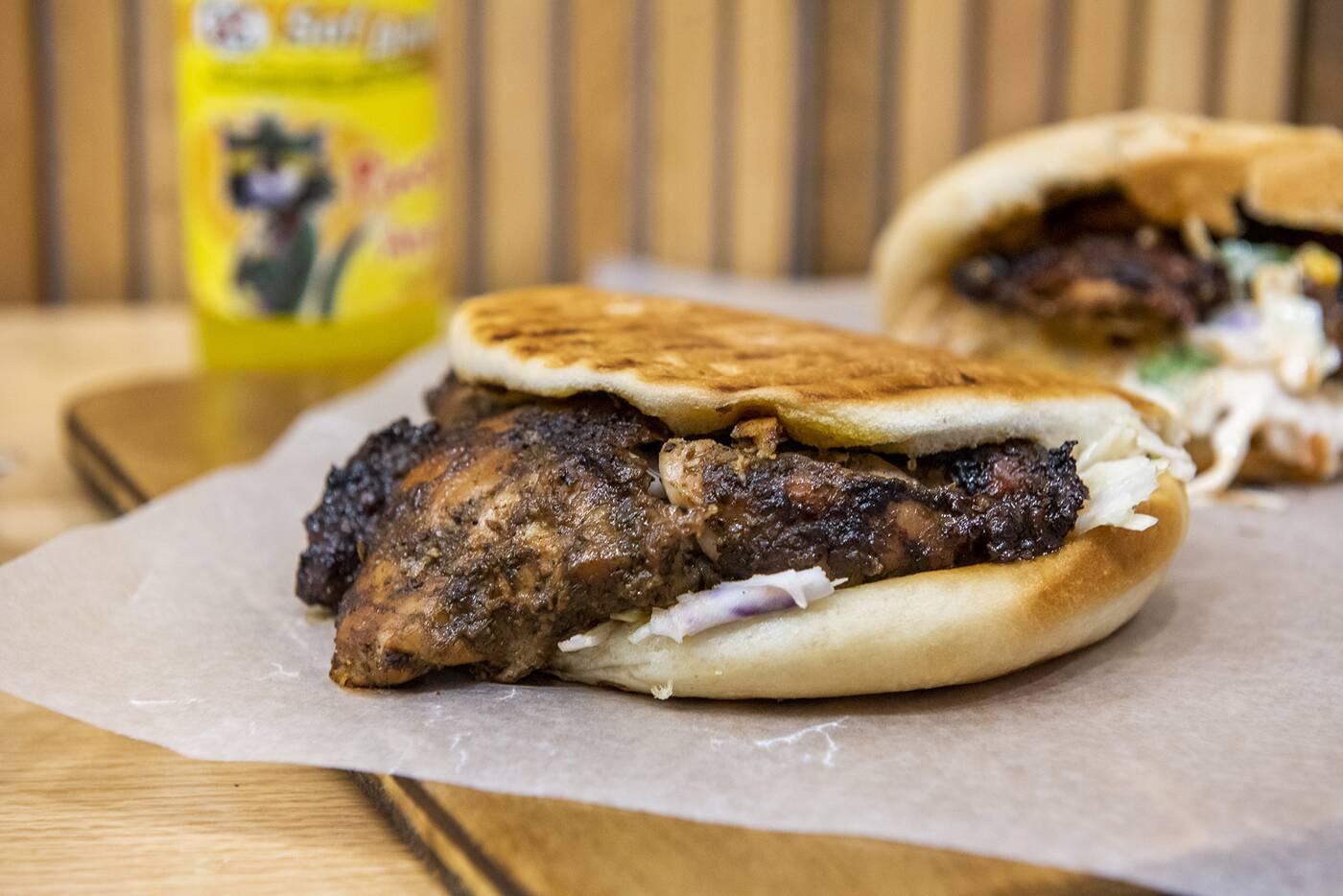 Sandwiches ($5.95) come on puffy house coco bread, stuffed with jerk or BBQ chicken, or cajun fish or jerk shrimp for a 50-cent upcharge, and get a quick grill in a sandwich press. 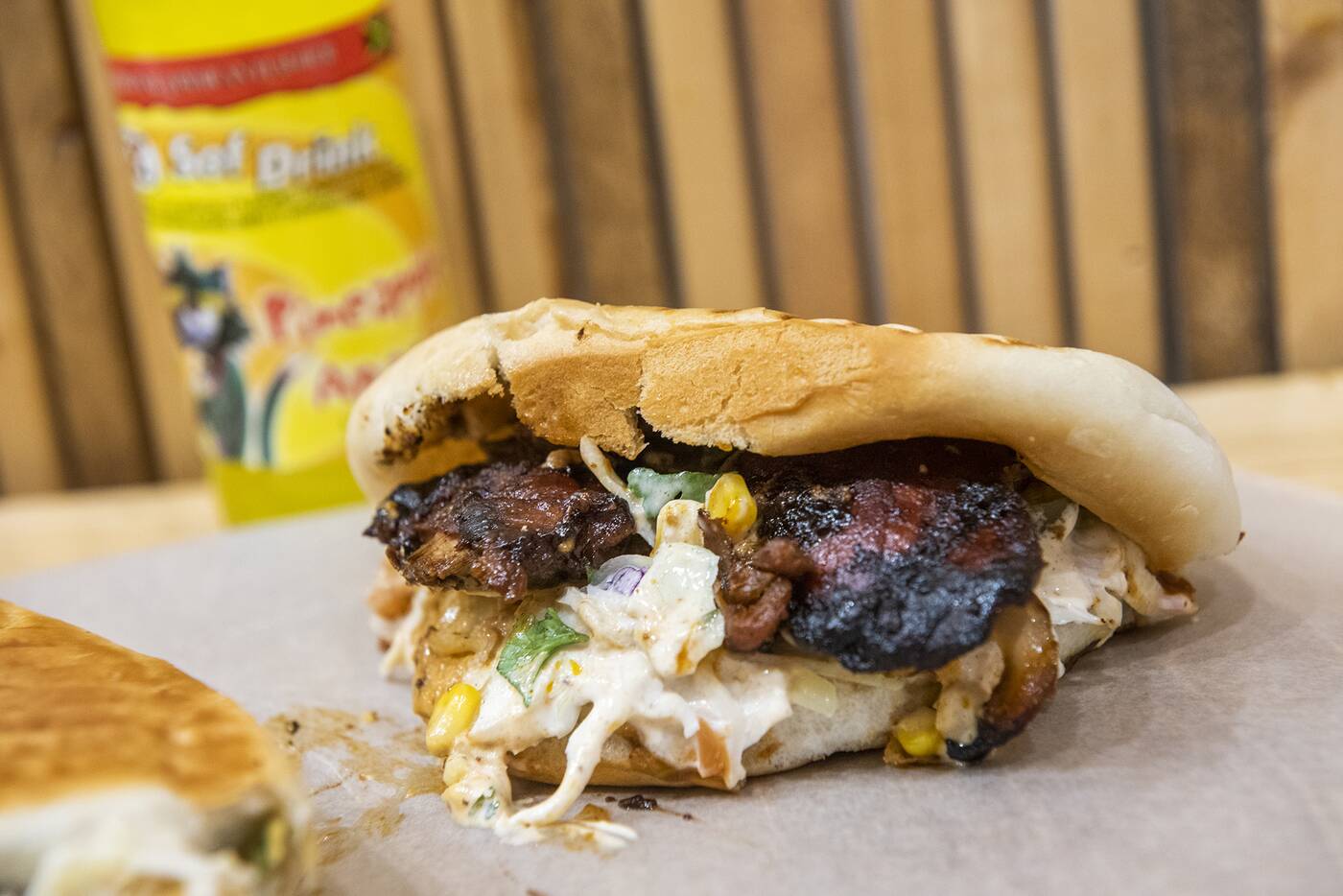 Everything on the menu is assembled to preference in front of your eyes, whether you go a traditional route like jerk chicken, slaw and hot sauce or BBQ chicken loaded up with all the fixin’s: slaw, jalapeno, pineapple corn, salsa, cheese and cilantro, with BBQ, creamy lime and spicy scotch bonnet sauces. 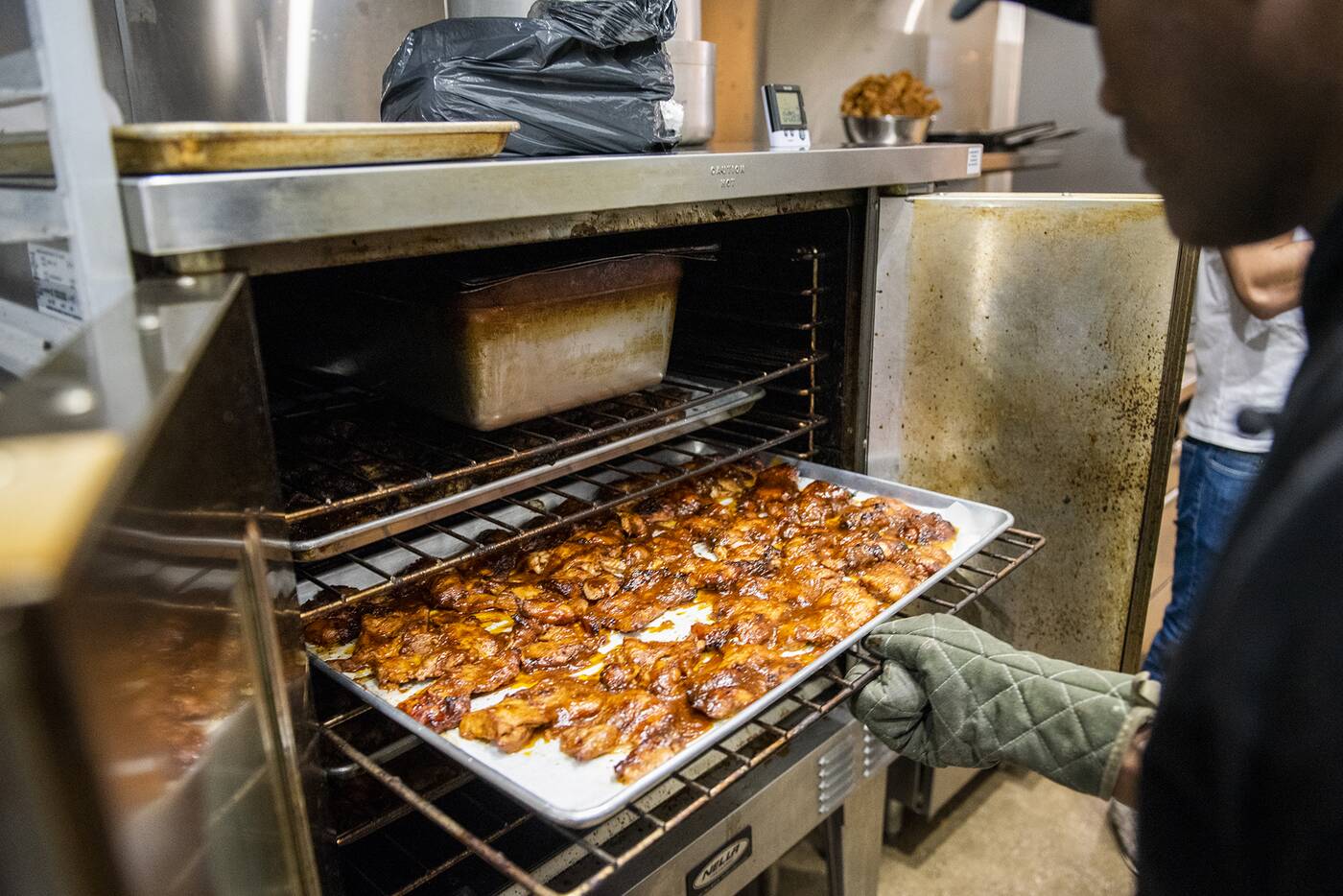 It takes two to three hours just to make the jerk marinade from scratch, and proteins marinate for at least 24 hours. Jerk chicken then gets baked for 45 minutes, and comes out incredibly juicy and deeply flavourful. BBQ chicken is sweeter and stickier. 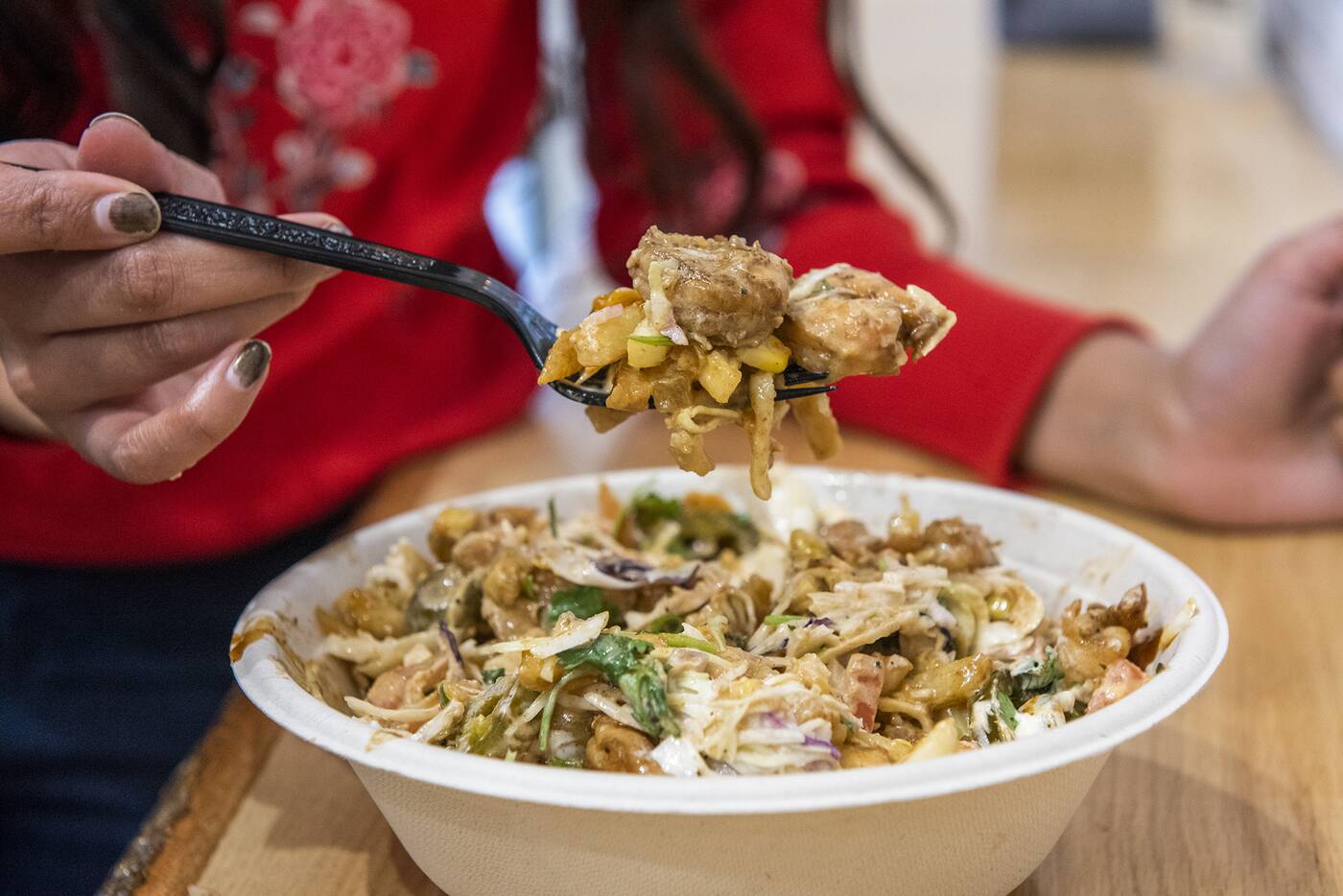 Loaded poutine ($9.95) is technically on a menu of sides but is really more like another main, relatively plain fries buried under a mountain of your choice of protein and toppings. 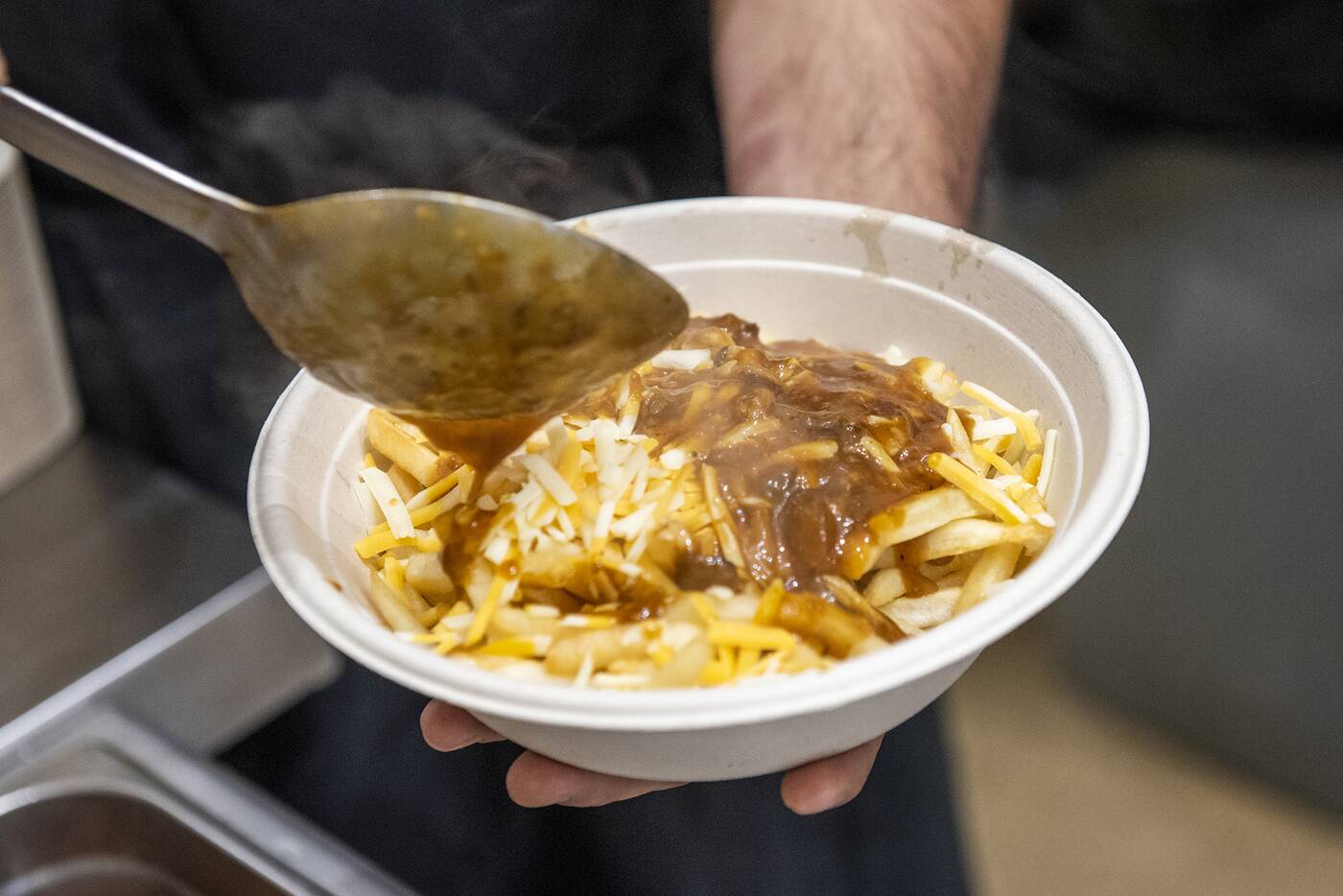 With house jerk gravy and shredded cheese rather than curds, it’s more of a delightful hot mess than any poutine. 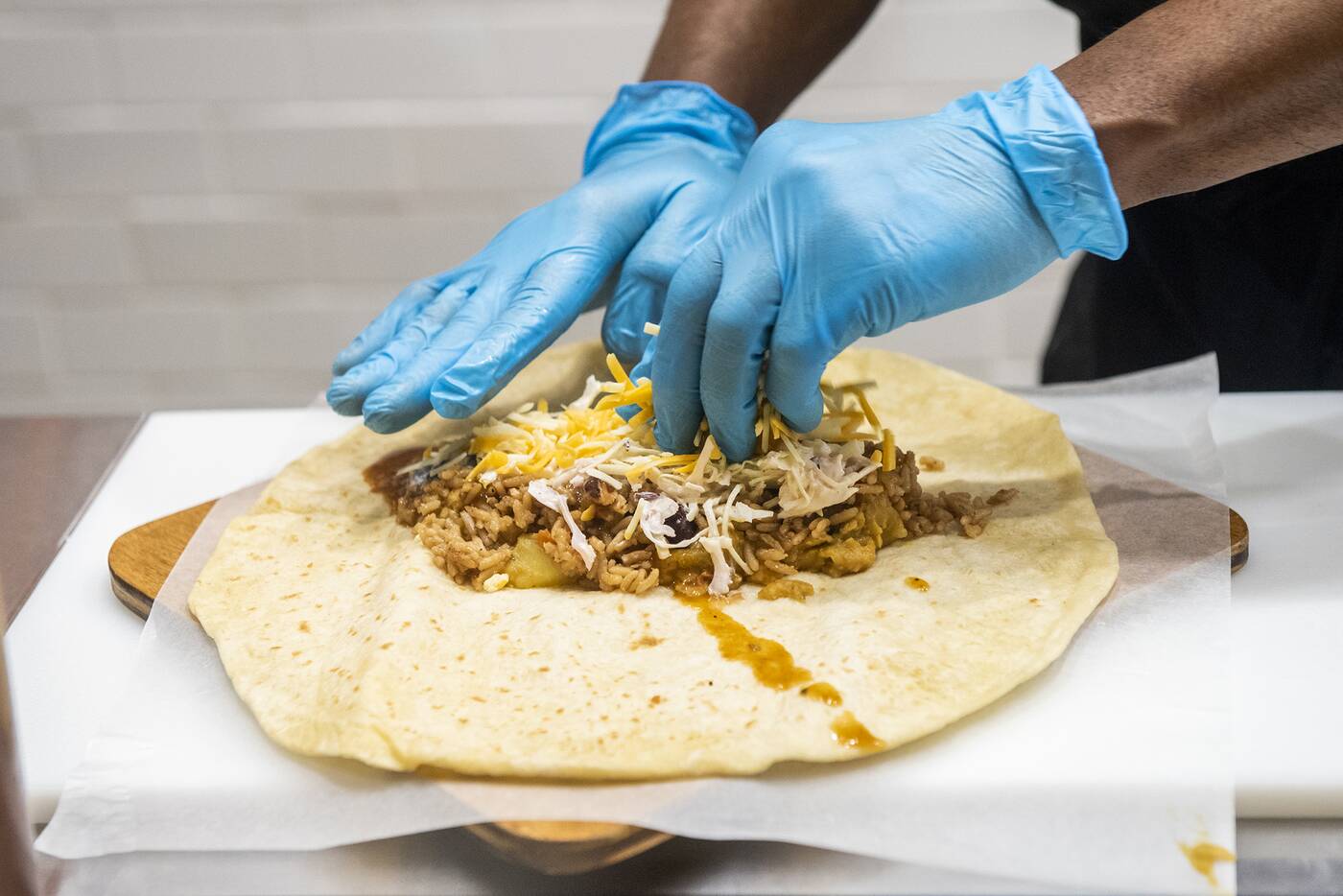 Dhalpurie shells for roti ($10.95) are made fresh on site every morning, thin but stretchy and filled with crumbly chickpeas. All roti also get a quick 35 to 45 second press. 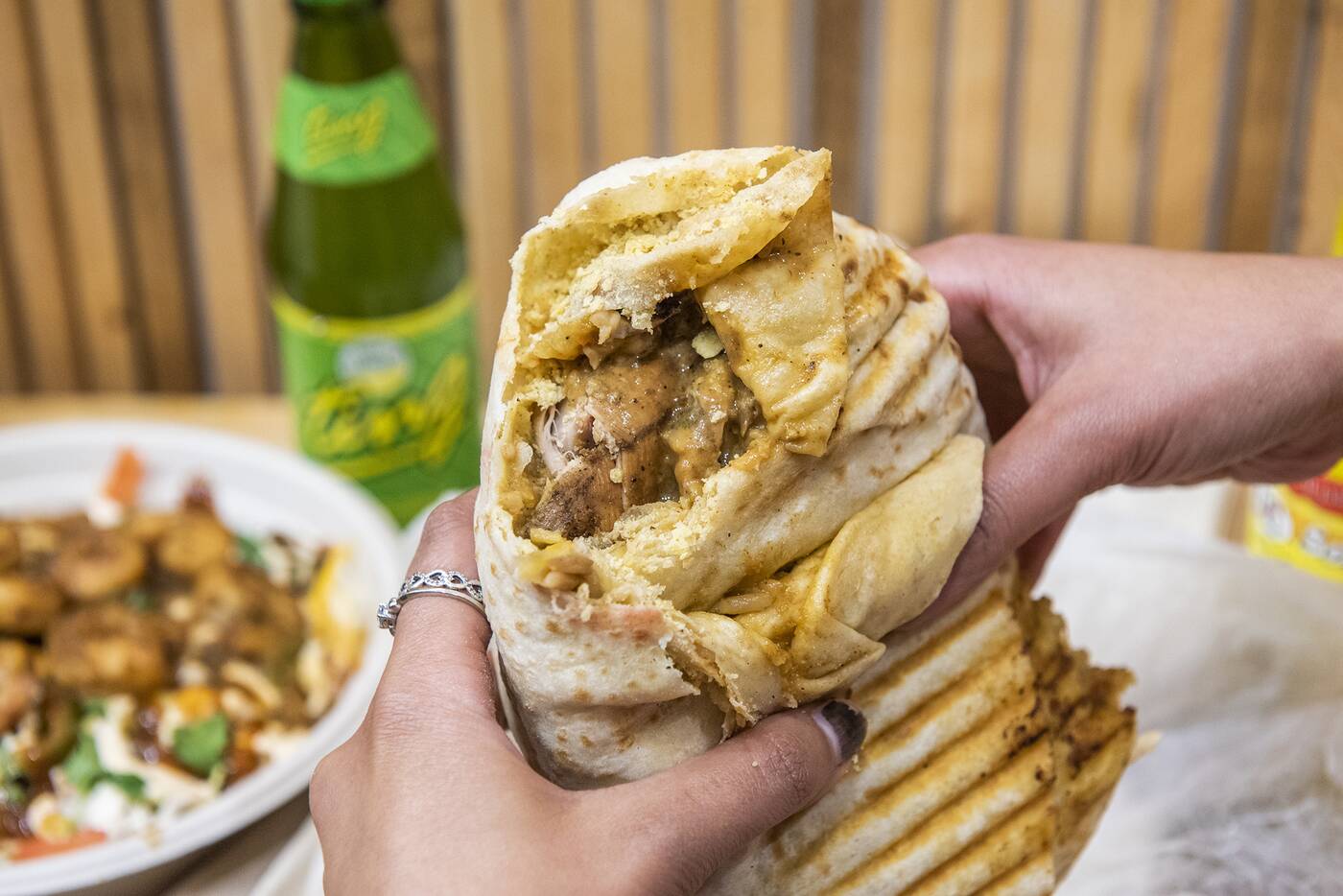 Again, go traditional with a chana mixture of potato and chickpea and the same range of protein options as sandwiches but expanded a little with veggie, chicken and goat curry options. Optionally, stuff your roti with house rice and peas or lemon garlic rice. 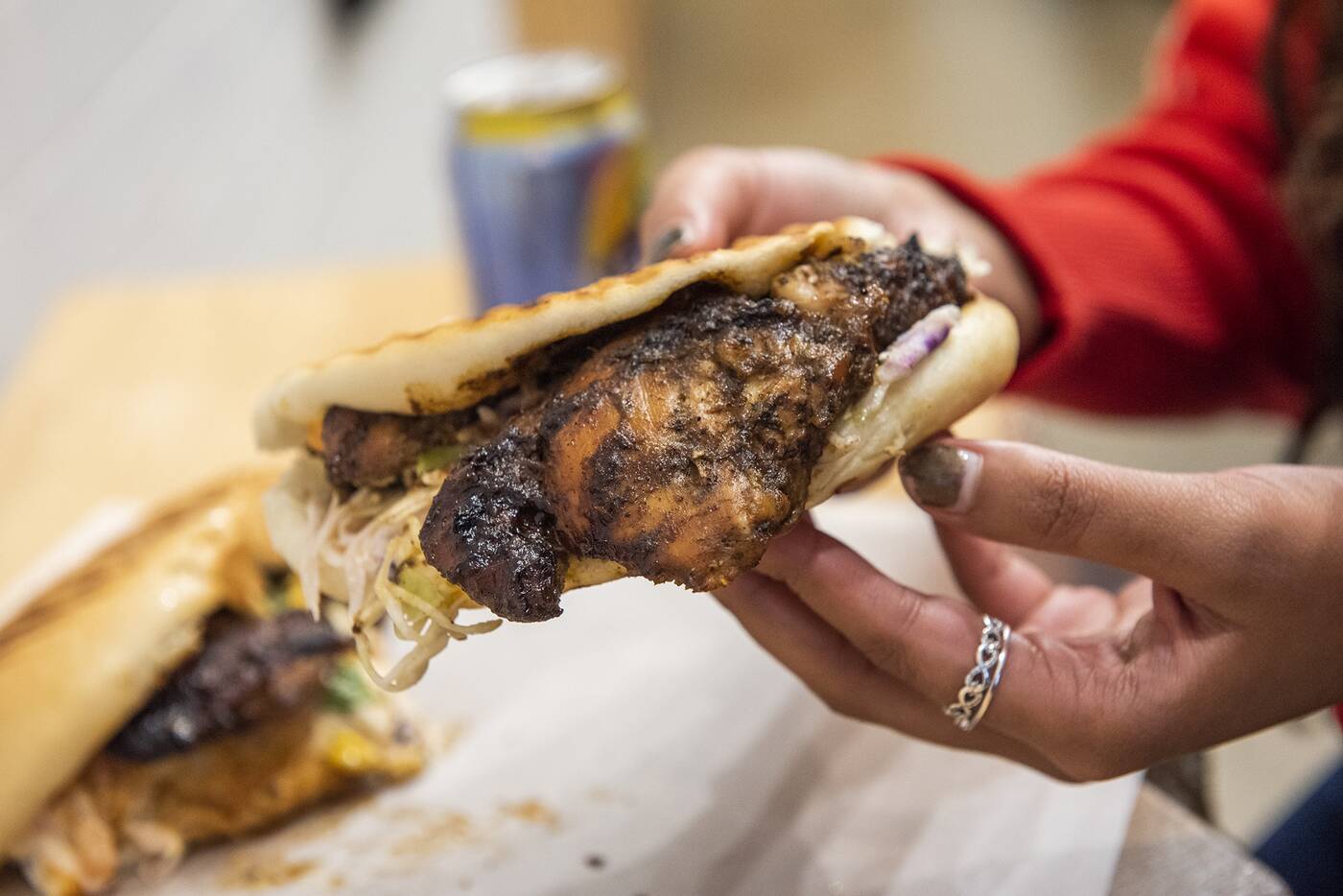 Loading up the sandwich, poutine and roti with everything results in all toppings mixing together and becoming difficult to tell apart, but the flavour of meats always shines through. The portions are ample for the price, and goat curry is warmly spiced and tender. 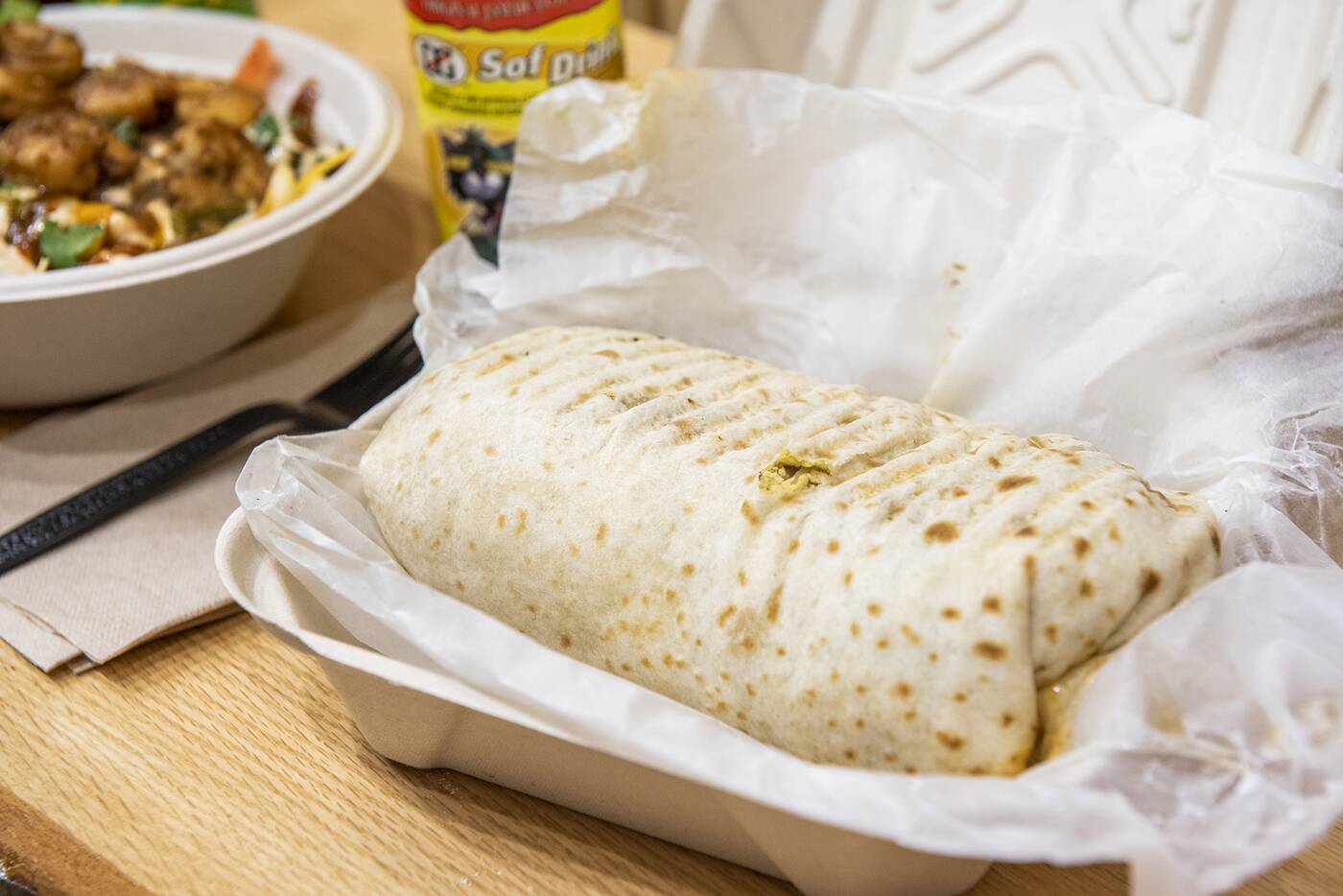 Scotch bonnet sauce on everything is as spicy as promised, just a few tiny dabs on everything penetrating through entire dishes. Made with onion, tomato and scotch bonnets that have been roasted to bring out their flavour, its heat hits the back of the throat instantly. 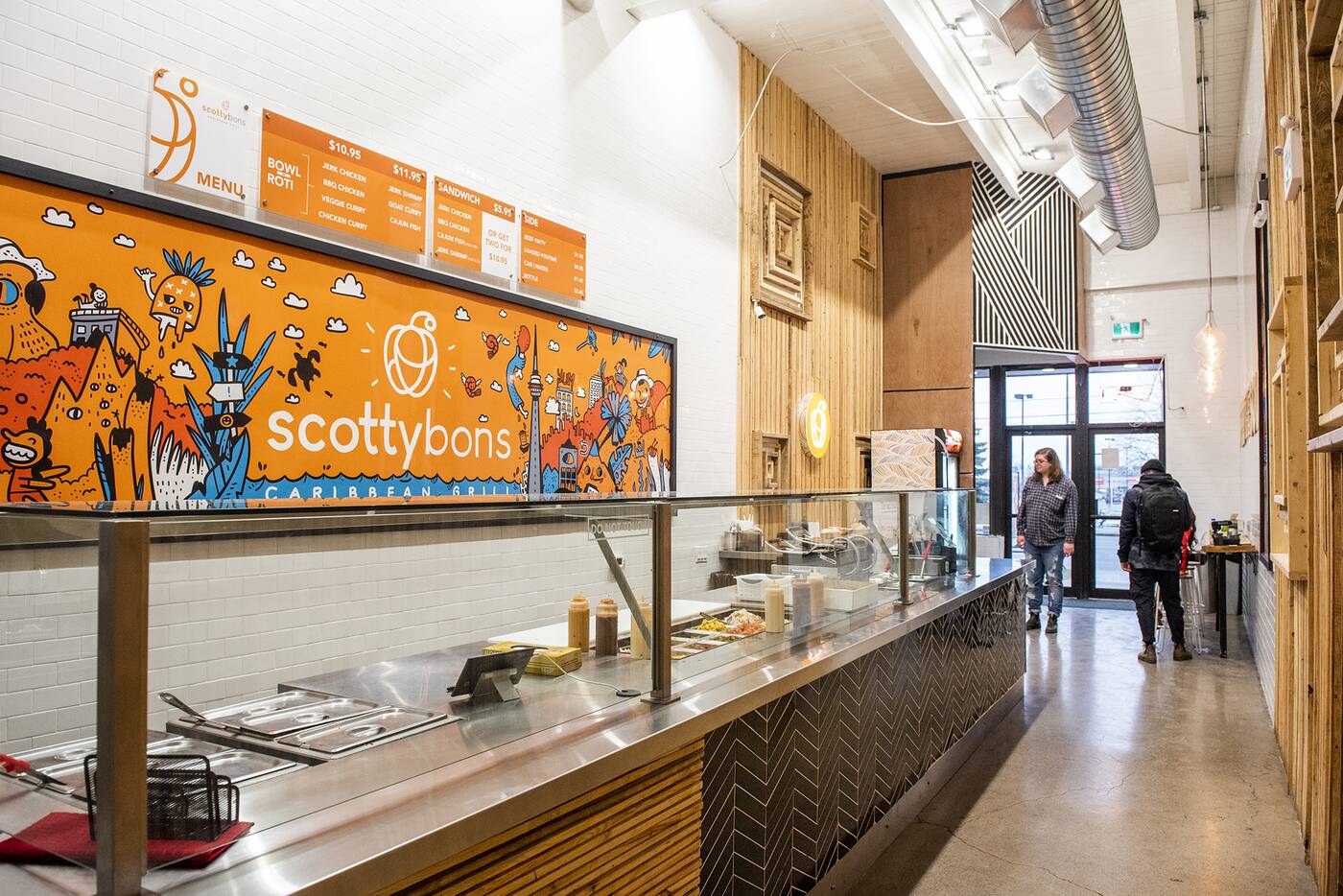 Allen’s beef patties ($1.95) are also sold here, and don’t forget to accompany everything with a Ting or pineapple soda. 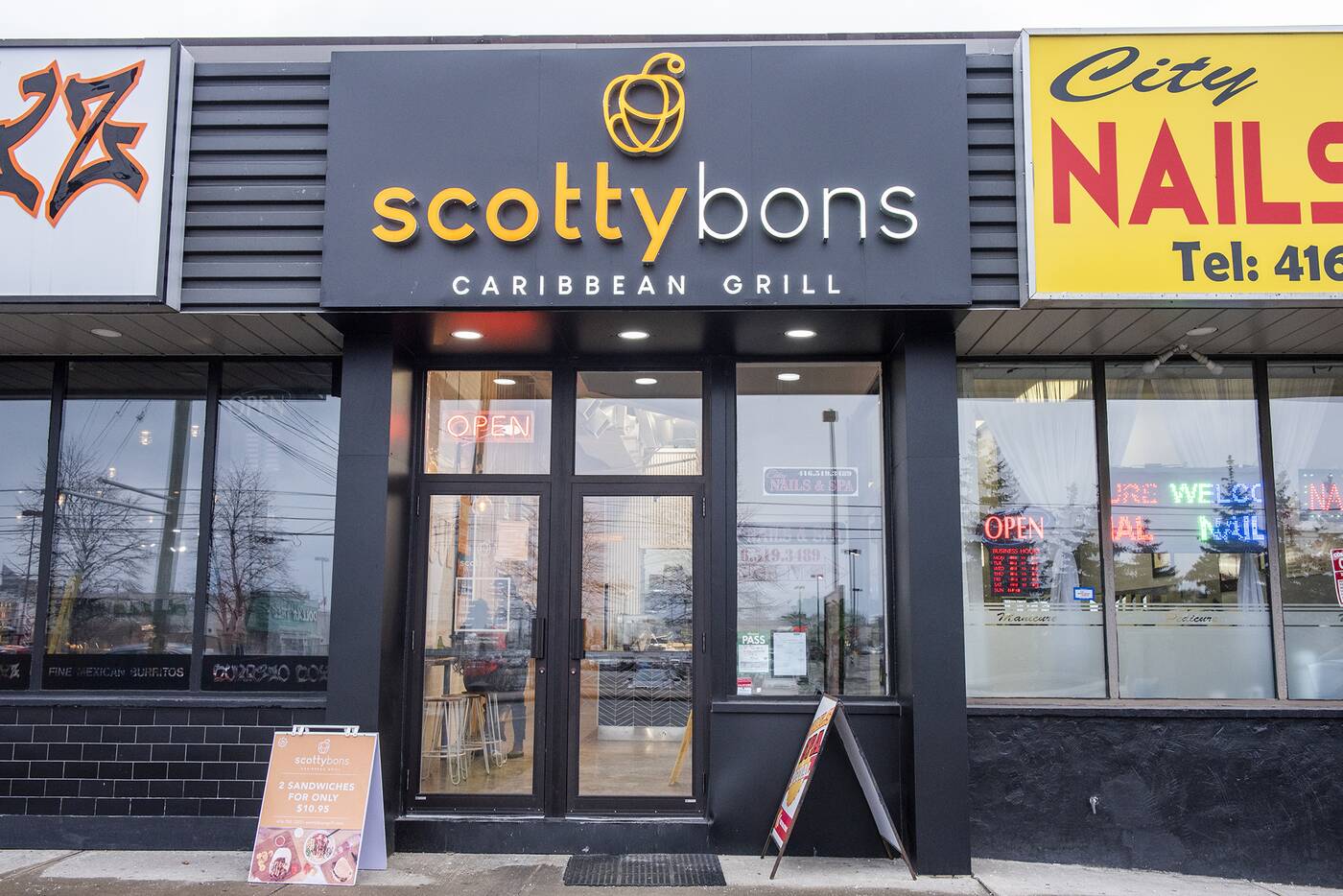