Bar Begonia has taken over the long-vacant Nite-Caps by the Castle space on Dupont St. in the Annex, its previous sign replaced with a lit-up Lite Brite happy face. Anthony Rose's sixth venture in Toronto (and fifth on this street) is a Parisian-style cocktail bar with a bit of a Brooklyn vibe.

Like his other spots, this place was designed with the help of Palmerston Design. A Basquiat print greets patrons at the entrance while contour drawings of nubile, nekkid ladies surround a rounded window on the wall. 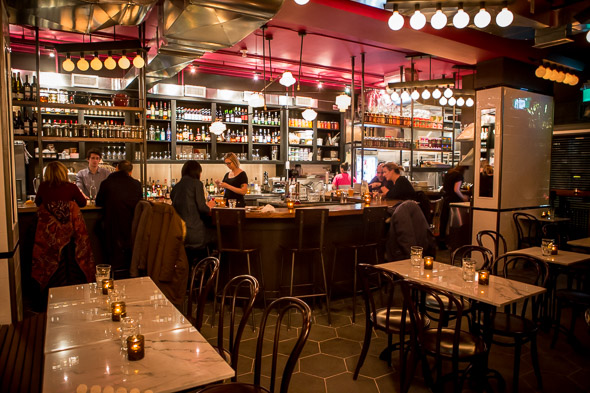 Old-timey curved wooden benches reminiscent of the ones in classic train stations make up some of the seating at marble-topped tables. 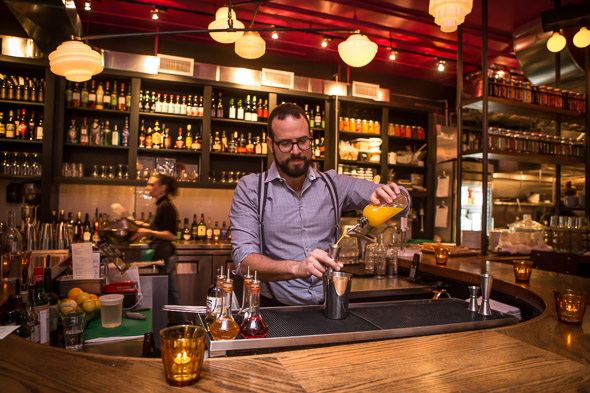 We perch ourselves at the horseshoe-shaped bar, helmed by General Manager Oliver Stern (Toronto Temperance Society). It offers a view of the small open kitchen - run by Trista Sheen, the former executive chef of the shuttered Crush Wine Bar - that's also visible from the street-facing windows.

Cocktails consist of seasonal house creations that will change up every few months, plus favourites from other bars like Leyenda and Pegu Club in NYC, along with a couple of standards (Manhattan, Negroni) on draft. 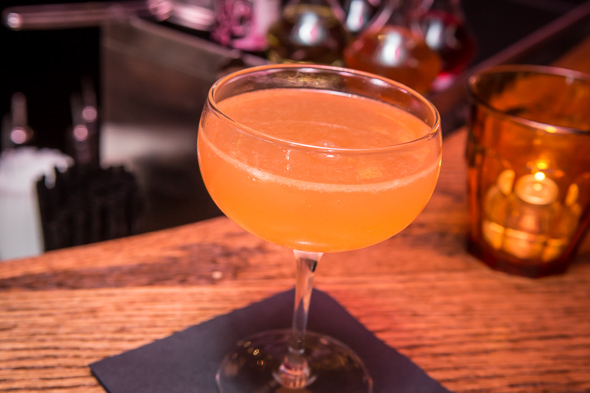 Stern, who clearly knows what he's doing, makes me The Sun Also Rises ($14), a play on Hemingway's Death in the Afternoon. Instead of absinthe, it contains a shaken and strained combination of gin, grenadine, clementine and pastis topped with sparkling wine. It's a well balanced, fizzy and not-too-sweet drink, with a hint of citrus, and it's right up my alley. 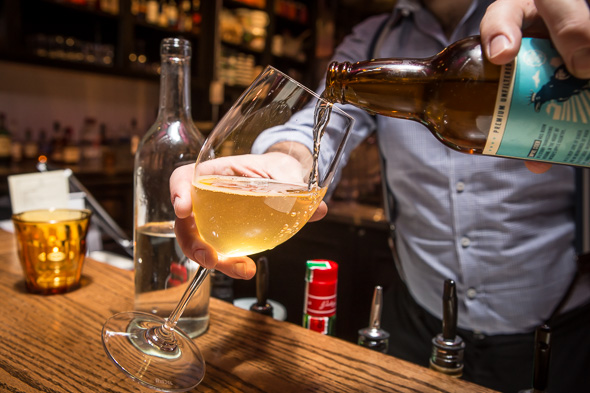 In addition to a selection of European (Grolsch, Pilsner Urquell) and local brews (Steam Whistle, Blood Brothers, Woodhouse), there's a focus on mostly French and local Ontario ciders (hard cider, it would appear, is the new craft beer). We try a 500mL bottle of Empire ($13), and it's almost like wine; it's not sweet at all and has a dry finish.

Of course, French wines and a few from Prince Edward County are available by the glass ($11-$13) or bottle ($50-$130). For those who'd prefer caffeine to alcohol, there's also a coffee program with beans from de Mello Palheta .

As for eats, the French menu consists mostly of snacks suitable for sharing (think oysters, foie gras on brioche, charcuterie, cheese), with some more substantial dishes like boeuf bourguignon ($16) and duck confit ($16) offered after 5pm.

During our visit, we try the country terrine ($7) of smoked ham hock and herbs with red onion jam. Served with crusty bread, grainy mustard and cornichons, it's a fun dish to eat, mixing and matching flavours: the sweet jam balances nicely with the savoury terrine, and a bite of cornichon adds an enjoyable, tart crunch to it all. 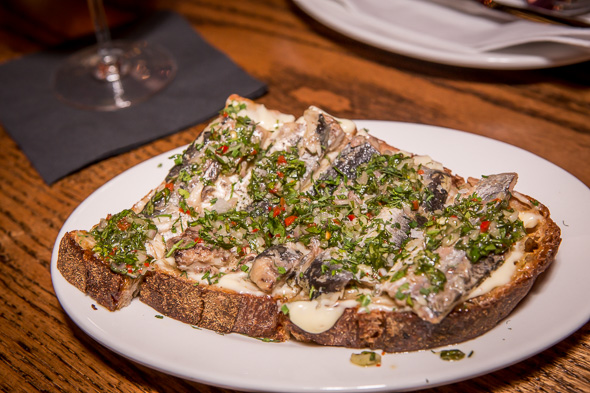 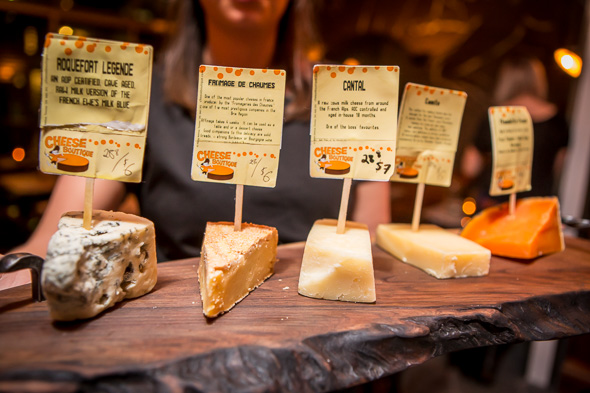 A cheese board is presented post-meal, with an interesting variety of French selections from Cheese Boutique priced by the ounce. If you can make a decision (I couldn't - when in doubt, try them all) your resulting choices are accompanied by honeycomb and bread. 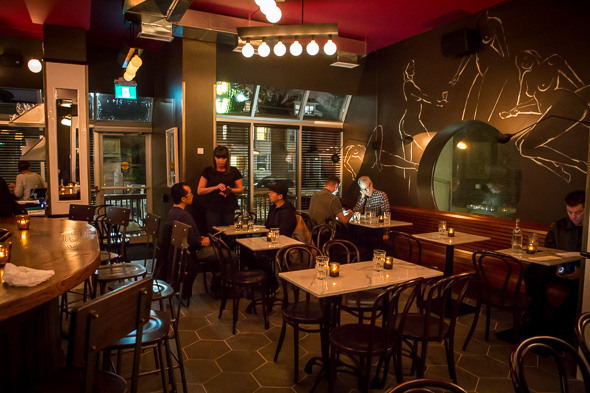 Open from 11am 'til 2am seven days a week, the space seats 40 (reservations are only accepted for groups of eight or more), and there are future plans for a front patio with a retractable roof, along with talk of turning the back parking lot into a grassy knoll with bocce ball and tetherball.

The King of Dupont (that would be Anthony Rose ) has another winner on his hands. 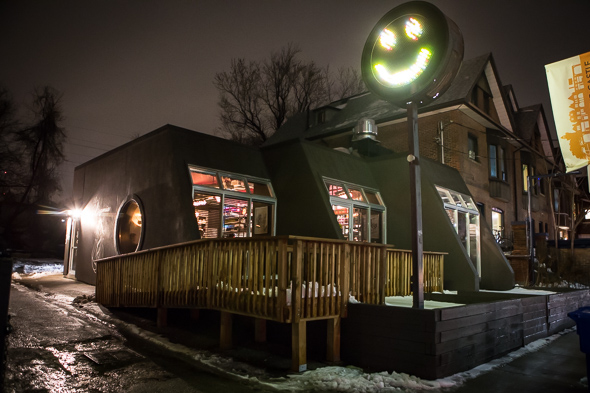