FK is something of a reincarnation and relocation of Frank’s Kitchen in Little Italy, run by the same team of Chef Frank Parhizgar and Shawn Cooper.

The food flirts with a French Continental style though Asian influences creep in, still all made from scratch in house using locally sourced ingredients. 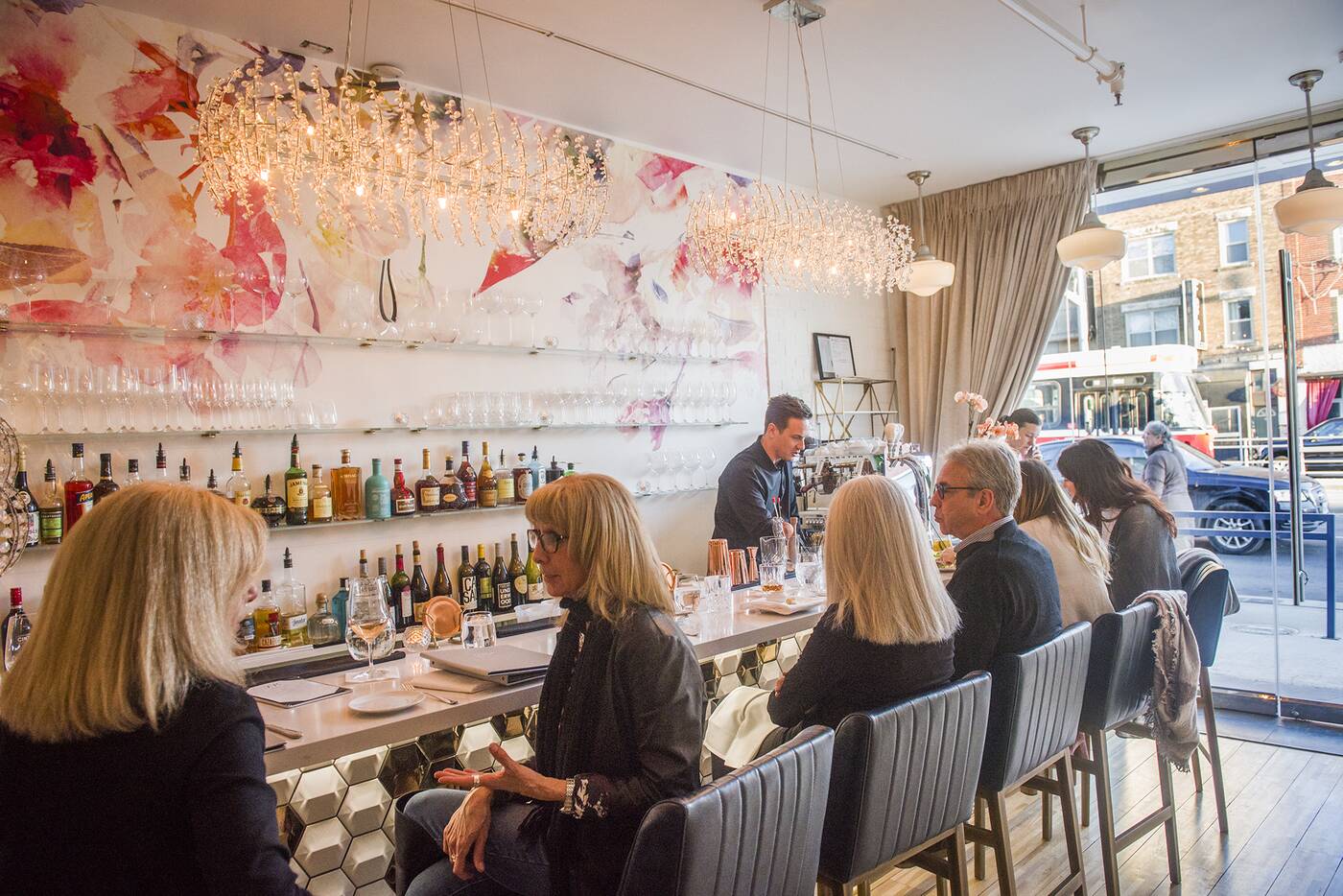 It’s Cooper’s first total reno and redesign of the space that used to be home to Prop, though you wouldn’t know it. She’s actively aimed for a pretty, delicate, feminine and light feel, and adjoining rooms are rich with blues, whites, and luxurious textures. 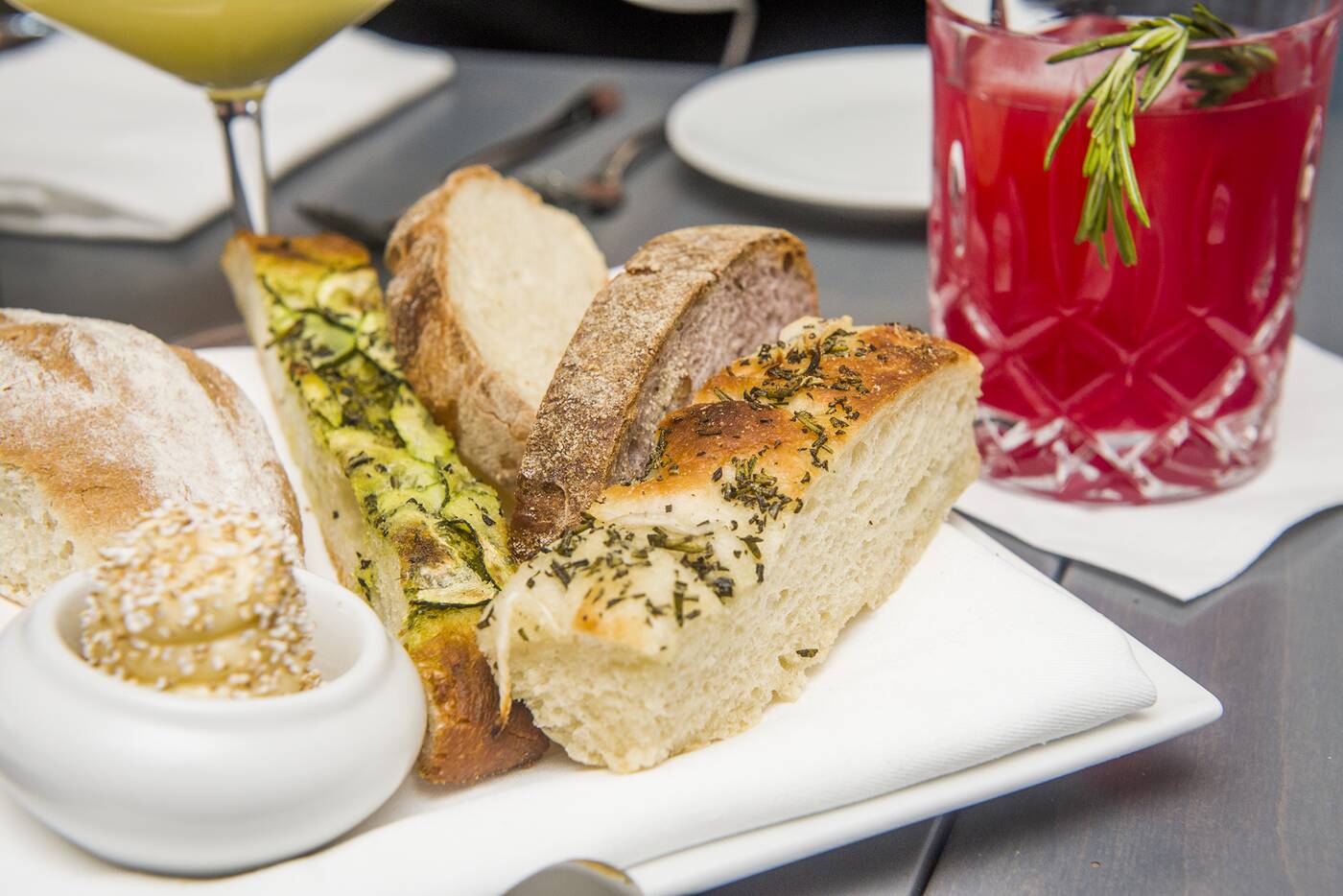 You’re immediately presented with complimentary house bread upon ordering, setting the tone for the calibre of house-made items. 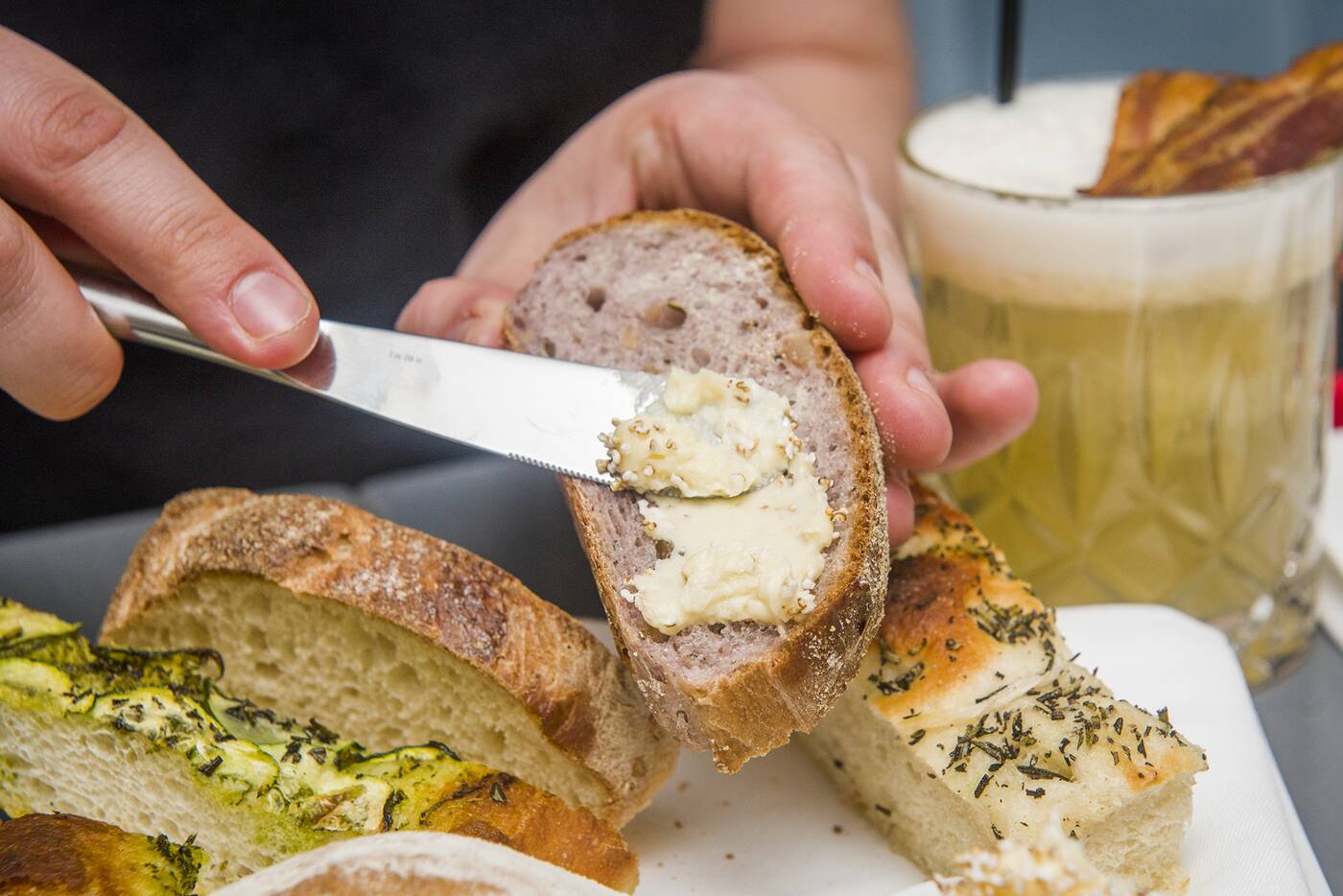 For me it’s an assortment of country loaf, a chianti walnut baguette, and two delicious focaccias, one with zucchini and one with roasted onion, parm and herbs, all accompanied by a house buckwheat honey butter with amaranth. 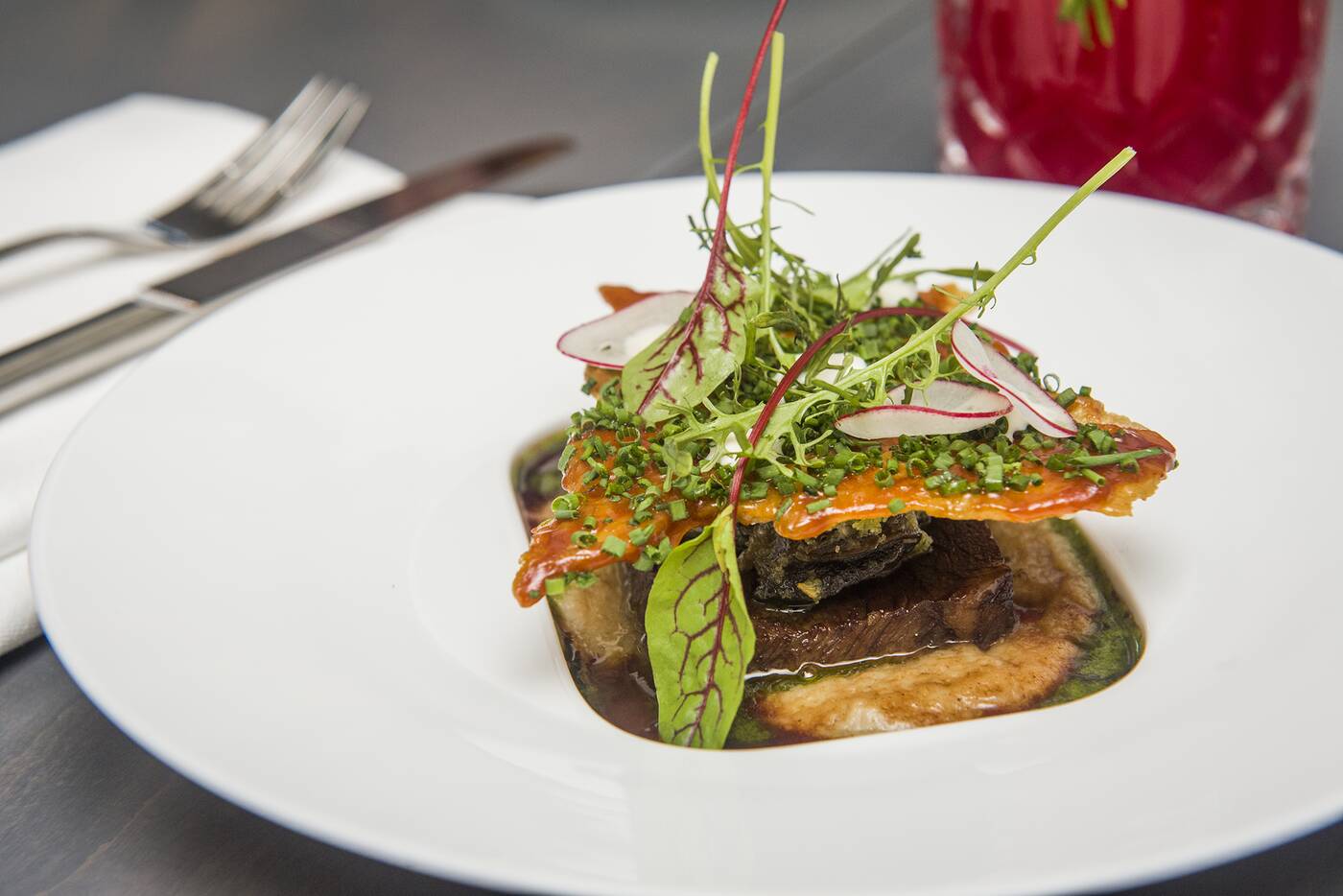 Escargot bourguignon with wagyu short rib and BBQ crispy chicken skin ($23) is part of a list of epic “appetizers” that certainly seem like they could stand in for main courses all on their own, though elegantly portioned. 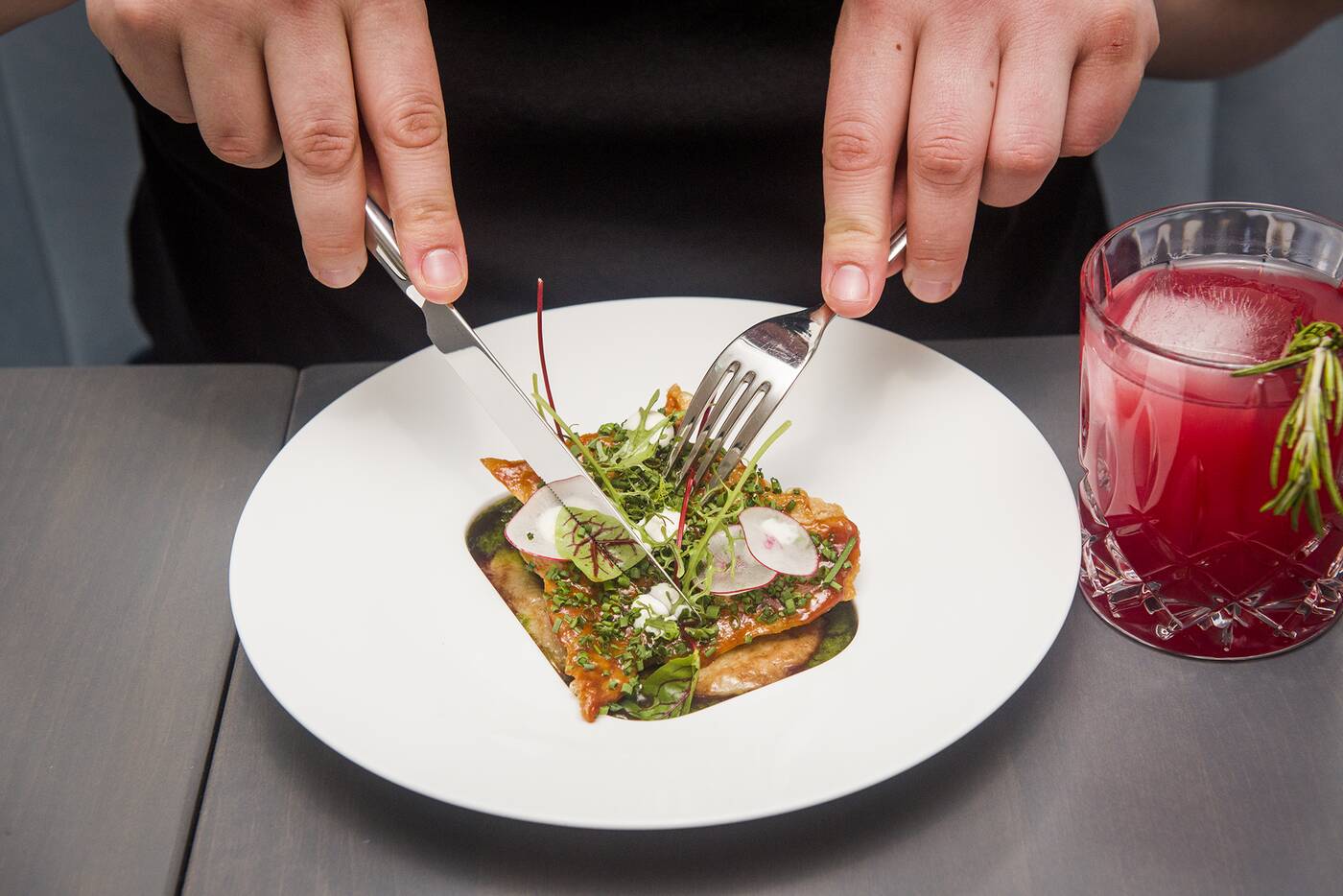 It’s absolutely divine, all floating on a light but rich parsnip puree, the rib and escargot both meltingly tender and the crispy skin providing a smoky crunchiness. 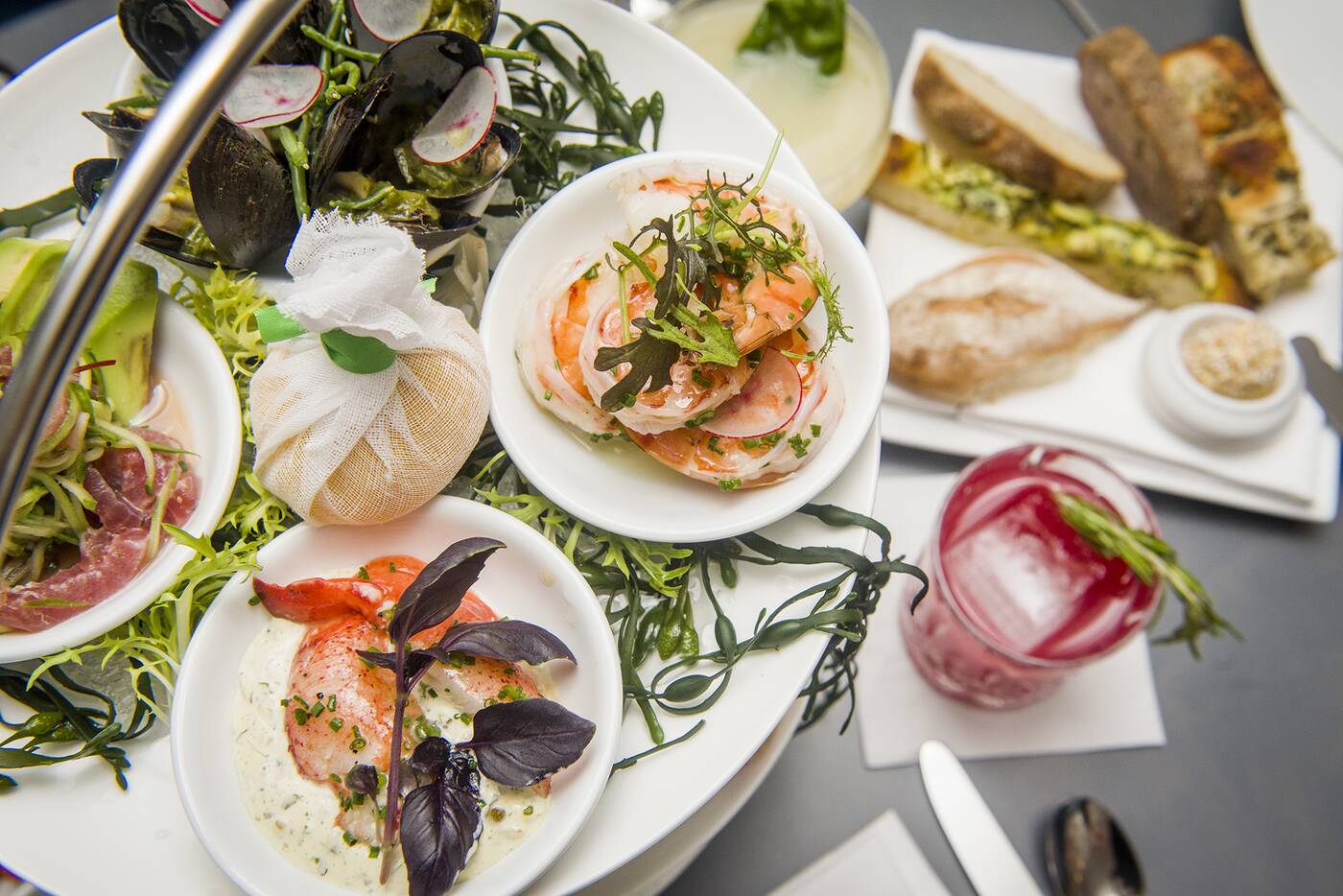 A hot and cold seafood tower for two ($75) is also from the “apps” half of the menu and though it says it’s for two could easily be shared among more.

It’s three-tier behemoth of oysters both Rockefeller and raw with all accompaniments, Asian-inspired mussels, jumbo shrimp with a remoulade-like sauce, lobster claw, hamachi, crab leg and a tuna tartare with avocado and cucumber. 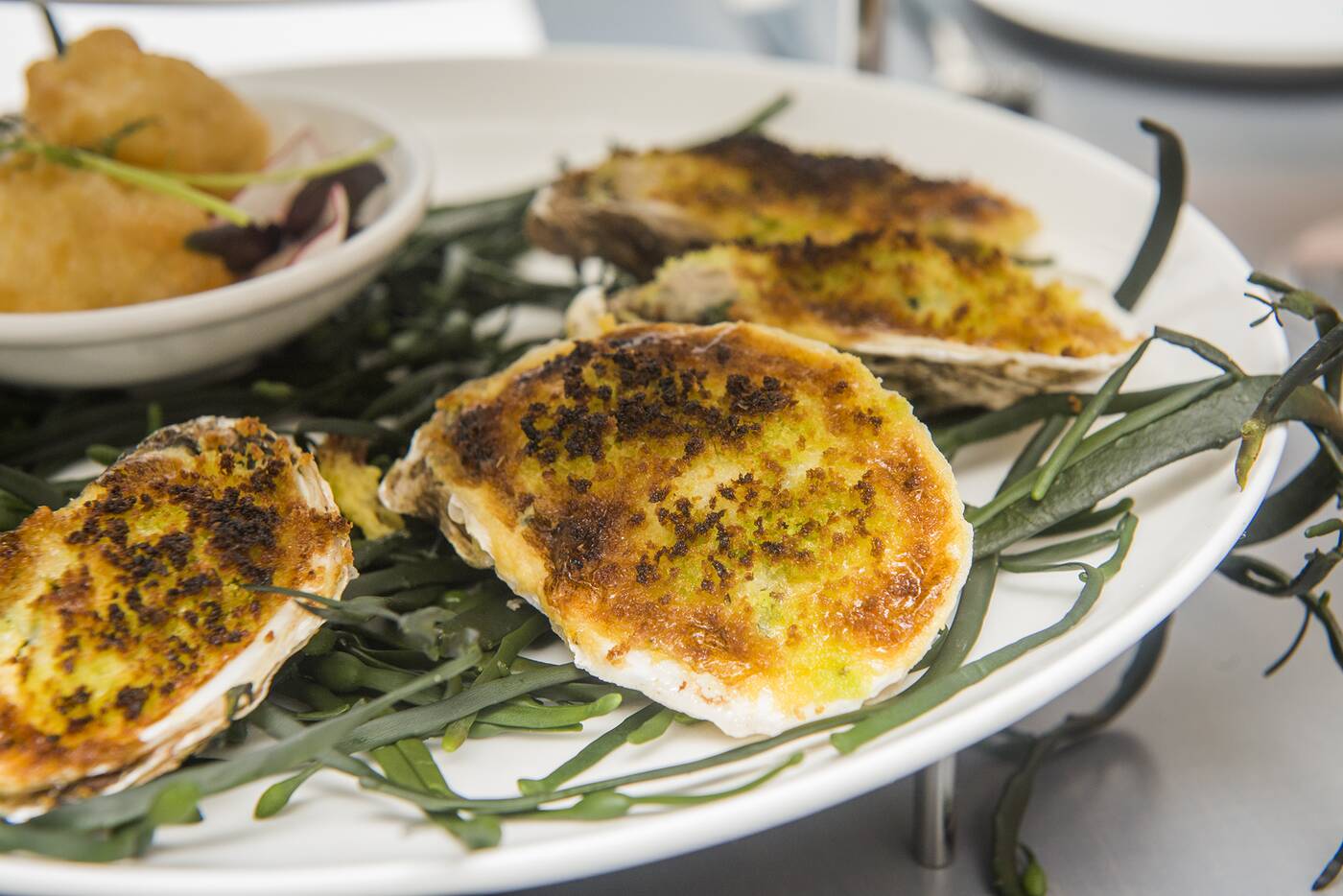 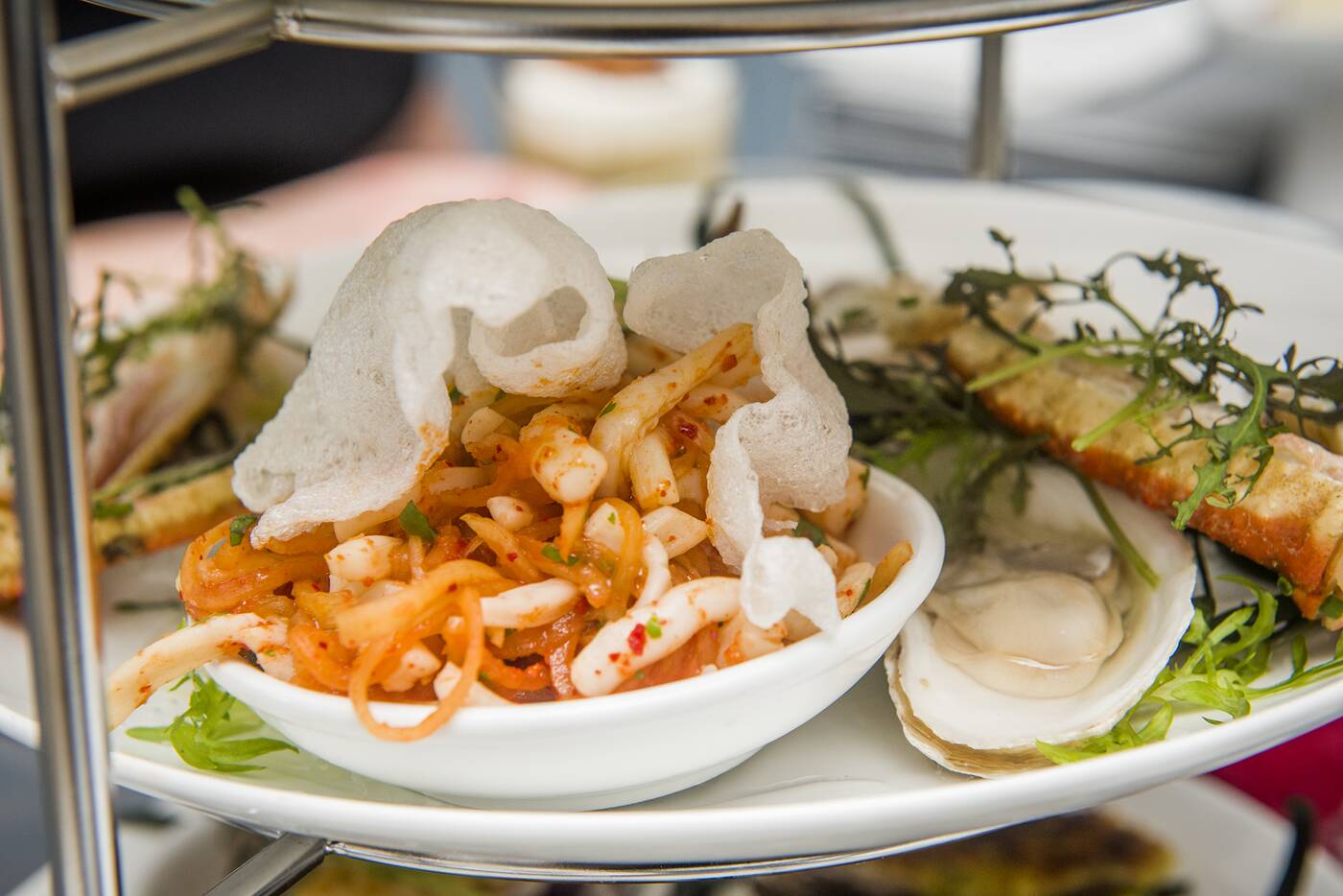 There’s also a nice side of crisp, spicy, sour kimchi on the tower, which complements more Asian flavours and breaks up richer ones. 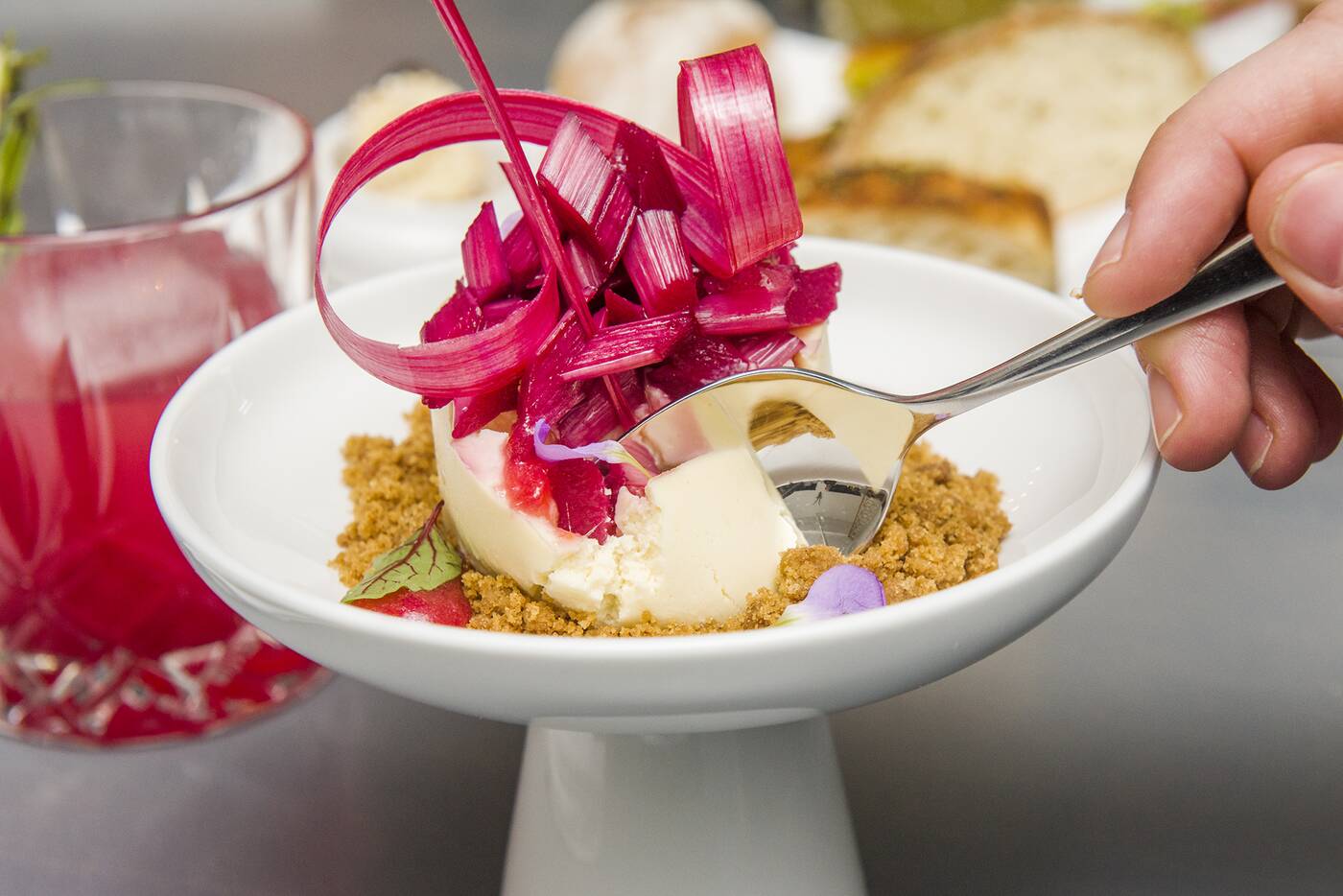 A goat’s cheese cake is one of three nightly desserts on offer that run around $14.

On a bed of graham crumble and topped with bright, tart rhubarb poached in port, it’s one of the creamiest and most flavourful I’ve had and I genuinely could not stop eating it. 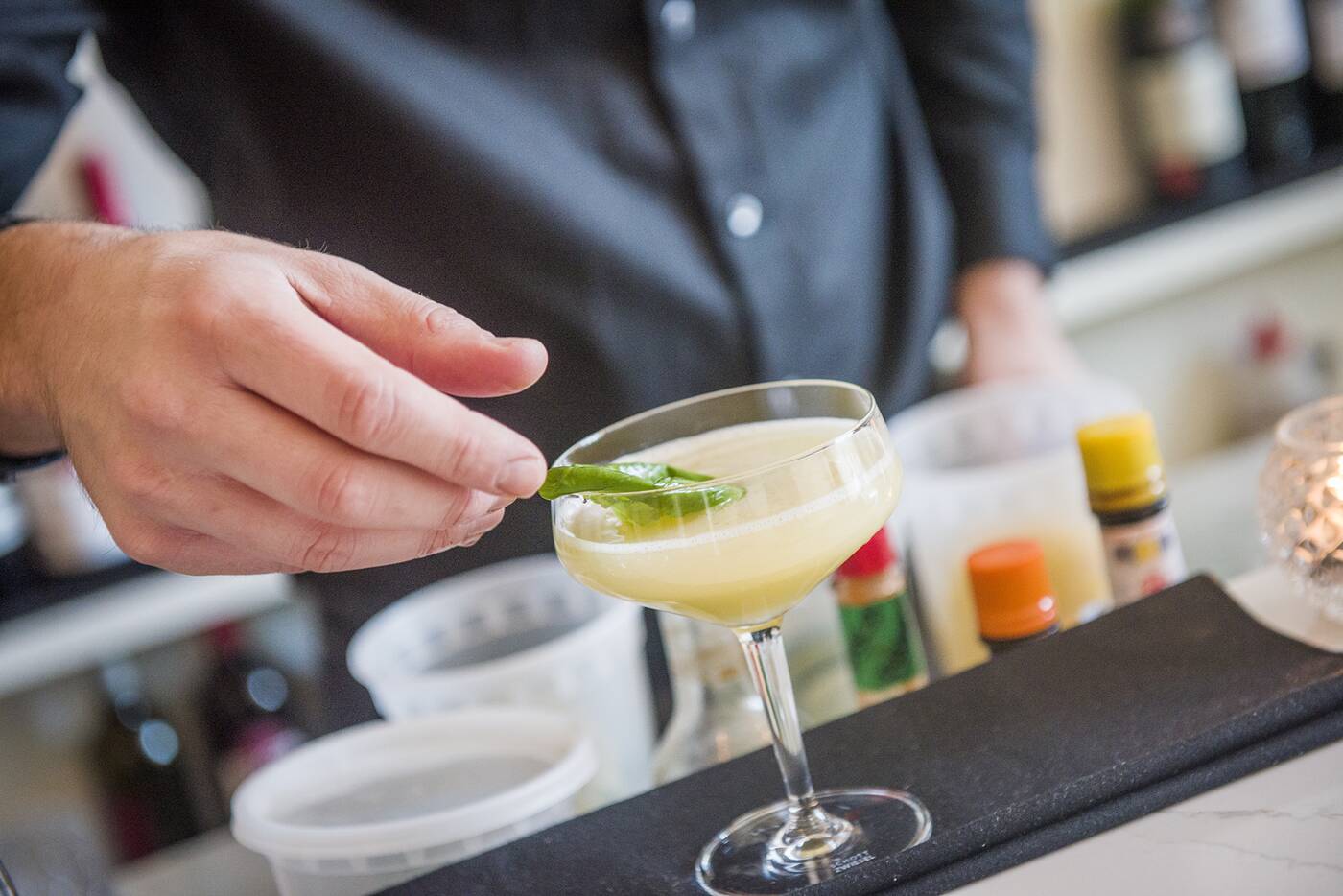 Let the Sun In is part of a menu of $15 cocktails designed primarily by Cooper. This one certainly smacks of warm weather with El Jimador Reposada, muddled pear and basil, honey and lime. 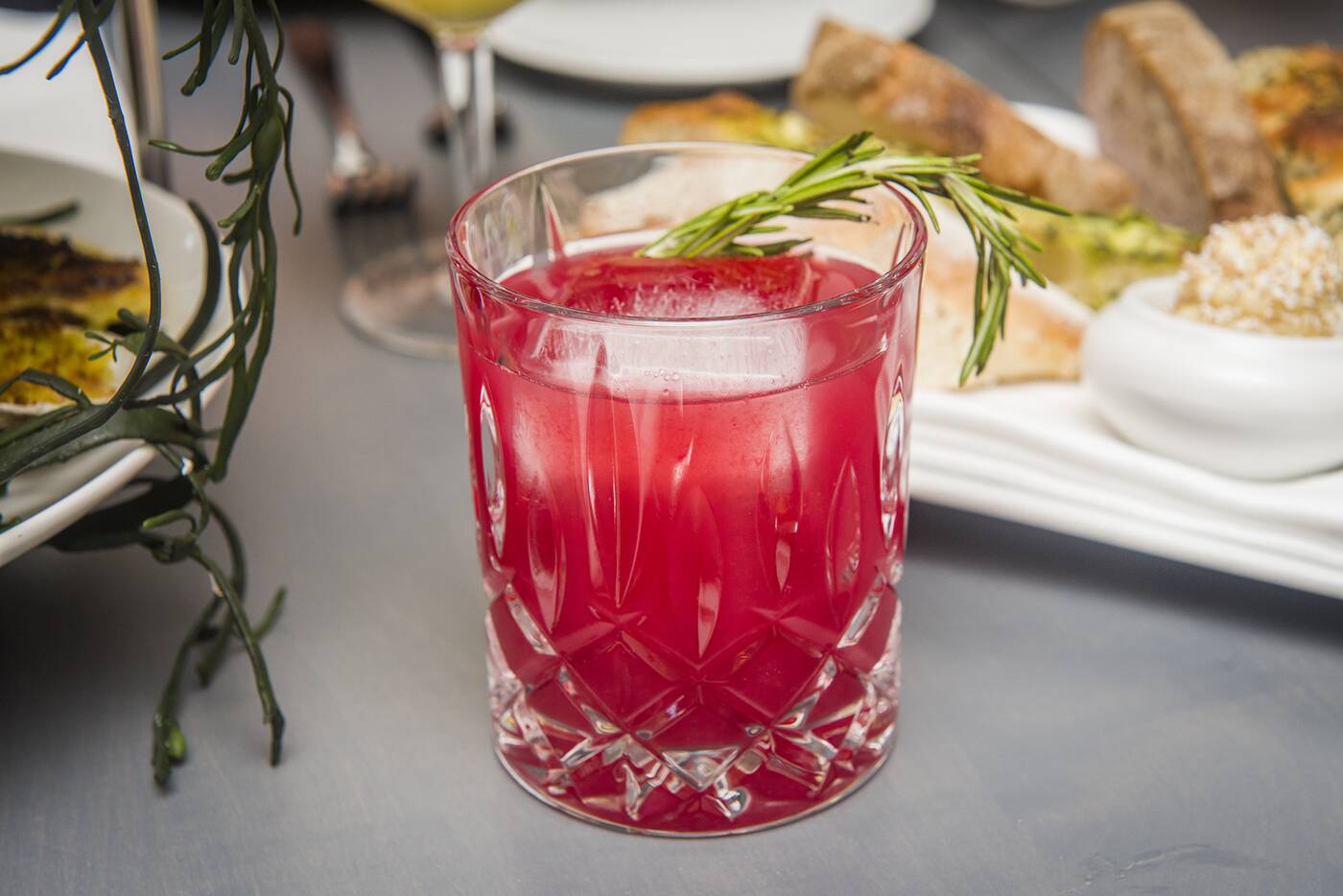 A sweeter, bourbon-based Rosemary’s Old Fashioned also has a touch of honey along with blood orange and aromatic burnt rosemary. 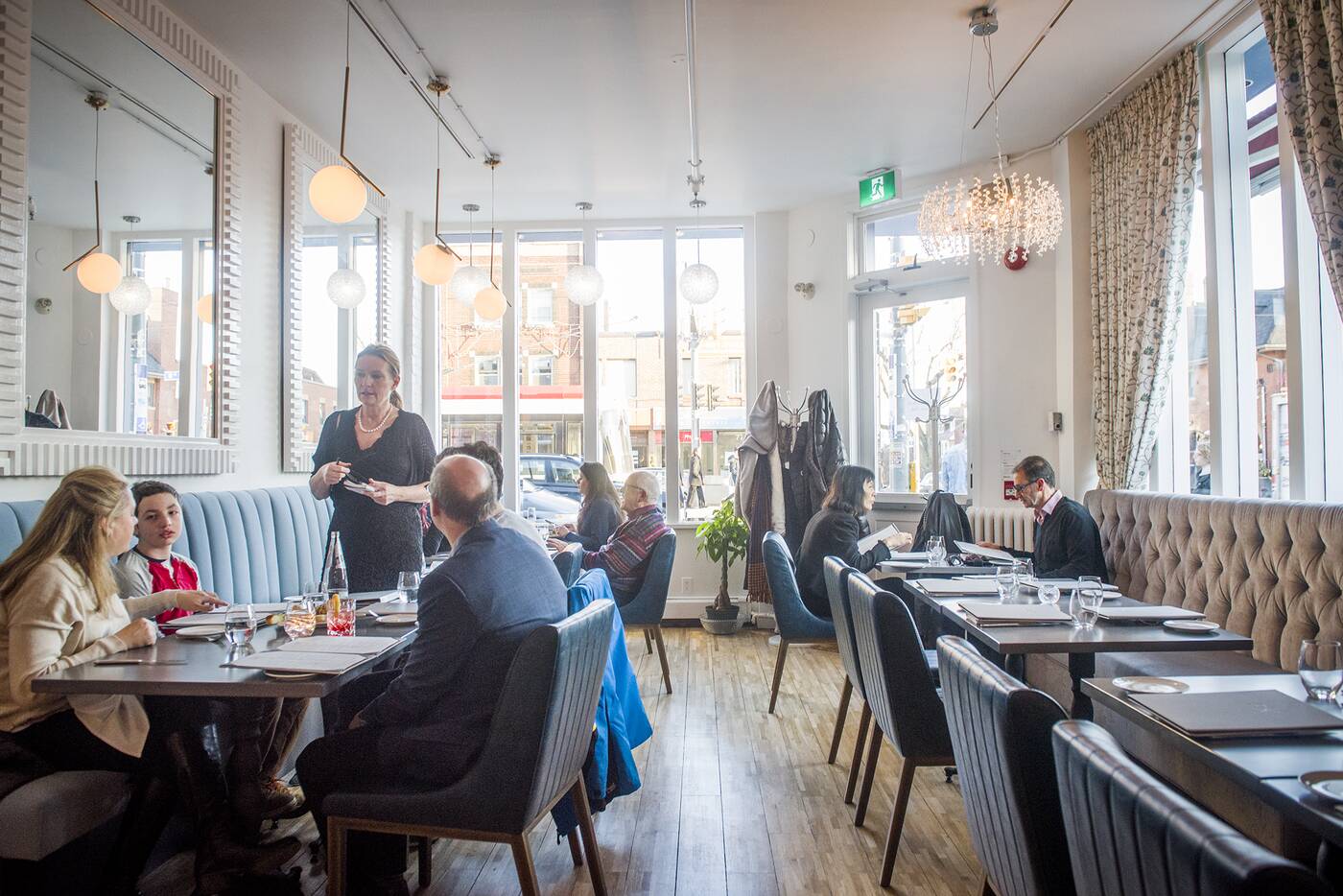 This is the tip of the iceberg: wonders like bacon bourbon sours, house made cheese, pastas, sorbets and ice creams, white chocolate Earl Grey mousses await at renewed FK. 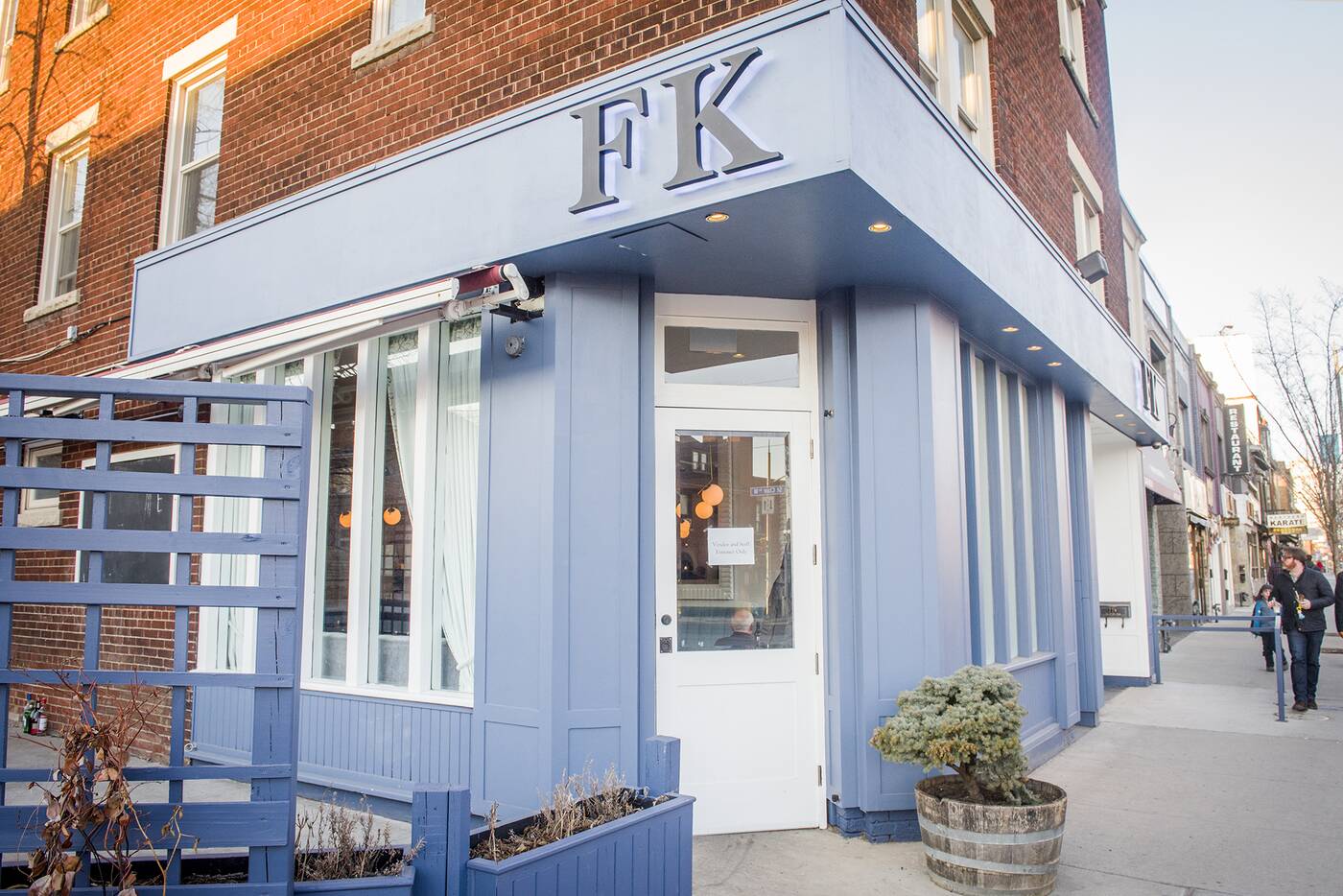