Walking into Swatow in the middle of the night is like walking into some kind of night-owl clubhouse. A crowd of regulars shuffle in and out, greeting the staff with everything from secret handshakes, to 'high fives' and 'props' as I giggle just overhearing it all.

A little overwhelmed, I'm glad I'm here with a couple regulars, and the owner looks impressed that they've brought girls with them this time around. *wink wink* 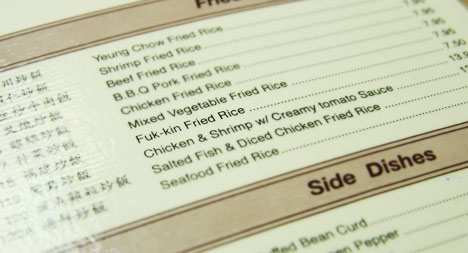 Looking at the menus, there's lots to choose from. We only wish there were some photos on there so that we could make sense out of the vast selection.

One thing stood out though: the Fuk-kin Fried Rice . Fuk-kin amazing... we had to order it. Trying to play it safe though, I ask my gf (who speaks Cantonese) what it is. She has no clue.

"Can you read the characters at all?"

"I only know the last two."

"What do they mean?"

I get her to ask the waiter. He exclaims, without flinching, that Fuk-kin Fried Rice is seafood and fried rice with a creamy sauce. Only 2 out of 5 of us at the table will eat seafood, and 1 of those 2 has issues with milk/cream, so we, sadly, pass.

We order about half a dozen other dishes ('cause late night eating brings out the worst in all of us, frankly) and they arrive fast . 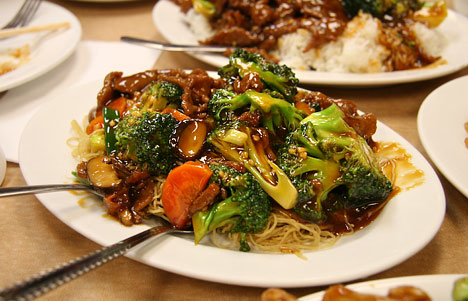 Beef with vegetables on a bed of noodles. Noodles were a little lukewarm, but the best of the the beef dishes we tried. 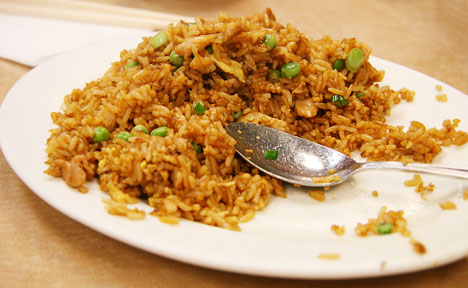 Your staple dish: Chicken Fried Rice. The guys took half of this platter before I could point my lens at it. It looked tasty, but they were not available for comment as I did not want to see them eating with their mouths open while I was pointing a zoom lens. 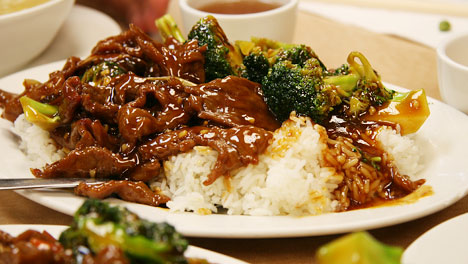 Beef and vegetables on rice, for those who didn't want the noodles. This was mostly broccoli in terms of veggies. Really good even though the sauce was a little thick. (Though all the sauces here are probably well acquainted with cornstarch to thicken them up as you can see in the photos) 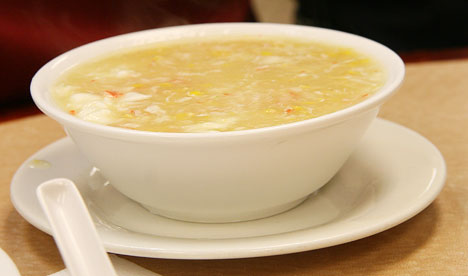 For the sniffly member of the crowd, a corn and crab soup. He loves this stuff, I hate it... so I leave you with the photo. 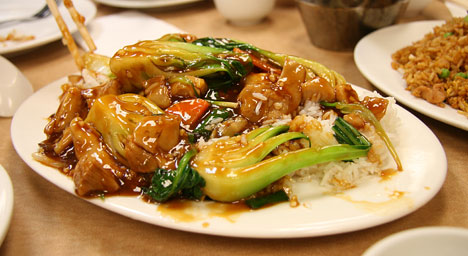 Chicken with vegetables on rice. Some nice bok choy with this one, though I probably won't be ordering it again. Let's just say that while it was tasty, we had serious questions at the authenticity of this chicken. It was WAY too tender. 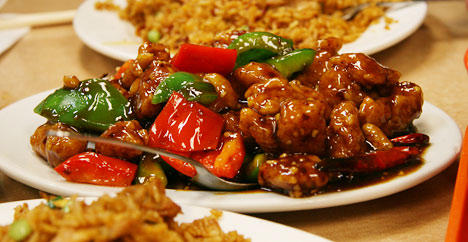 Everyone's favourite: General Tao Chicken. If you dig the fried chicken, this is one of the best General Tao dishes you can get on Spadina. It comes with both sweet and spicy peppers and is still crispy despite all the yummy sauce it's smothered in. Not the healthiest thing on the table, but most definitely the tastiest. 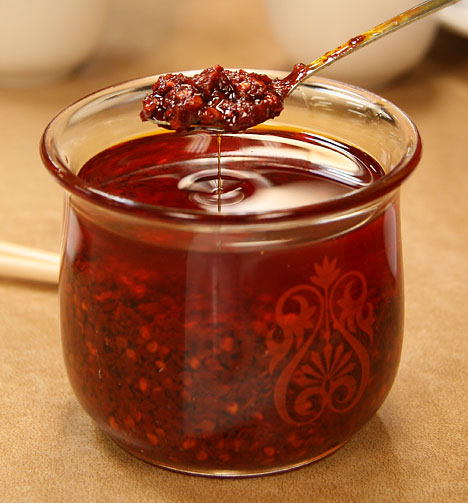 And for the chicken and beef dishes that weren't spicy, there's always a pot-full of pure fire to bring them up to par. 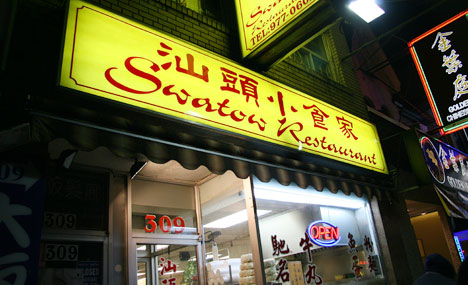 The Best Wonton Soup in Toronto