Hong Shing Chinese Restaurant - a lunch spot for office workers and a late night eats staple for university students and weekend partiers in the downtown core since '95 - had a minor makeover and rebranding recently.

The layers of tacky (but efficient for clearing a table quickly) disposable plastic coverings on the tables are gone and a new, more sophisticated-looking logo has been introduced (although the owners are still hesitant to change the original signage out front - they're consulting customers for their opinions). 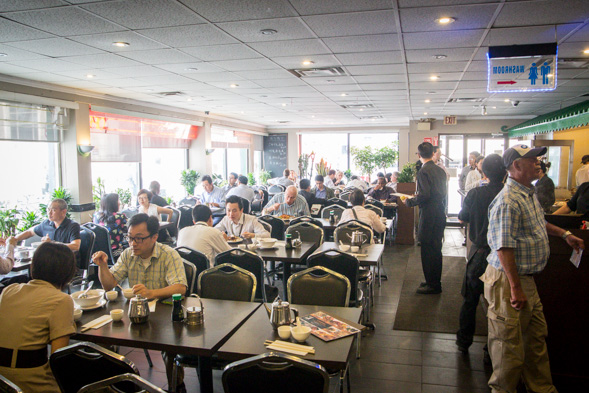 But regulars who have been coming here for years - some even met at the restaurant, got married and now bring their kids here to eat - need not fret. The menus may look different, but overall, it's the same food coming out of the kitchen. 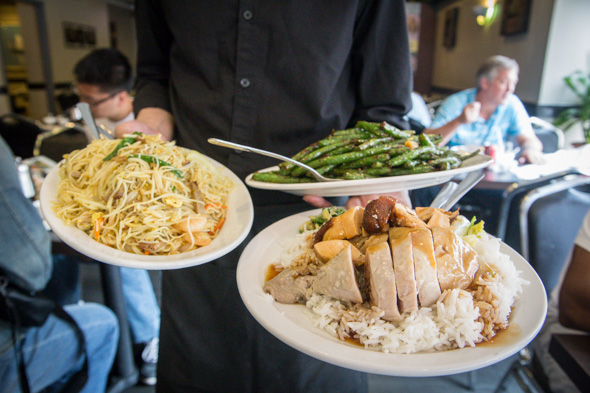 Although Ron Yu, the chef since the place first opened, originally comes from the Guangdong/Canton region of China, the dishes served cover the gamut of Chinese cuisine, from Szechuan to North Americanized interpretations (see: sweet & sour chicken balls). 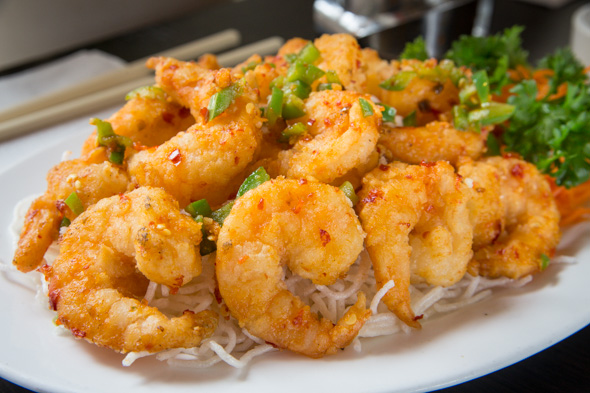 A popular order here is the spicy deep fried shrimp ($12.95). A dozen seasoned and battered shrimp that have been deep fried and then briefly stir fried in a wok come on a mound of crispy white rice noodles with chopped green peppers on top. It's not too spicy and would go well with a bottle of Tsingtao beer ($5.50).

Hong Shing does some brisk business with shrimp; they usually go through 2000 to 3000 per week, but over the recent Caribana weekend, they sold that amount per night. 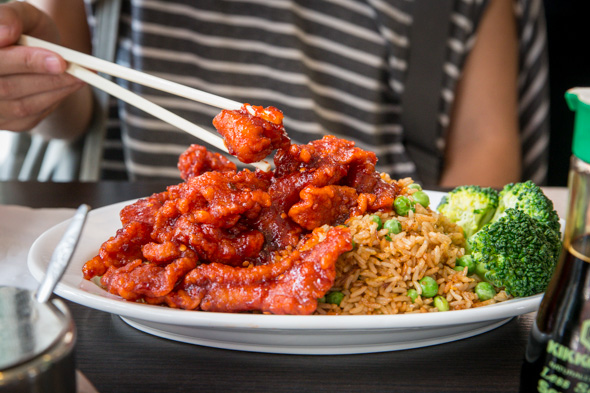 General Tao's Chicken ($7.50 for lunch, $10.50 for dinner) on rice (fried rice $1 extra) is one of those crowd-pleasing bastardized Chinese dishes invented for gwai lo that actual Chinese people even like to order. Pieces of battered, fried chicken coated in slightly spicy, sweet and tangy radioactive red sauce are an addictive combo of flavours that are difficult to resist.

Fresh lobster (market price; currently $18/lb) in a green onion sauce with garlic and big hunks of ginger brings back memories of my mom's Cantonese style of cooking. The sauce is subtle so that it doesn't mask the natural flavour of the meat the way fermented black beans or Szechuan chillies do. This is the appropriate time to forego the chopsticks and get your hands dirty. 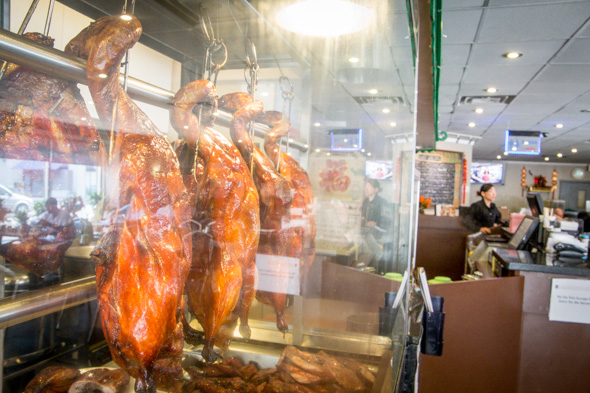 An insider's tip: if you're into complimentary soups of the day, ask for the lei tong . It comes with your meal if you request it (just don't be alarmed if you find chicken feet or some other "exotic" ingredient in the broth). 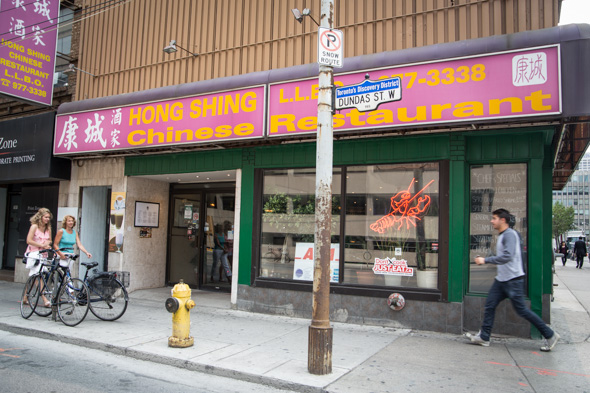 Hong Shing is open until at least 4:30 a.m. every night and delivers until 2 a.m.