Toronto has acquired its fair share of upscale dine-in pizza joints over the last few years, and we've always had a wealth of chains that pump out cheap cardboard slices, but North of Brooklyn looks to bridge the gap between these two solitudes by offering high end pizza for takeout and delivery, not to mention by-the-slice. 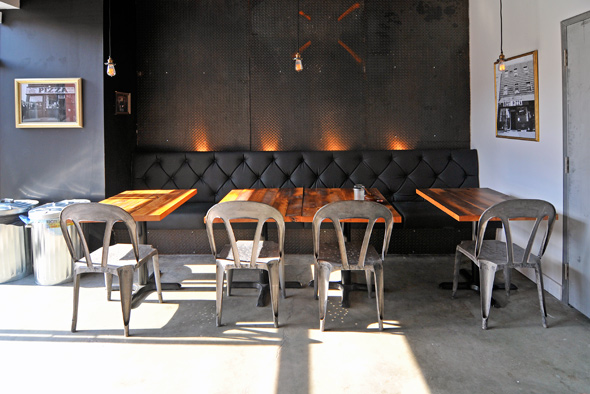 So what is Brooklyn-style pizza? "There isn't really such thing as a Brooklyn-style pizza," Spatz explains when I ask. "It's more of a love of pizza — they take it really seriously there. People from Brooklyn will know all the good spots and know what places are doing what. For us it's about really nice ingredients. We're not freezing anything and we're doing all the prep here. We're buying really nice cheese and meat we're making our own sauce and we're making our own dough. Brooklyn pizza for us is about how they appreciate and love pizza in New York." 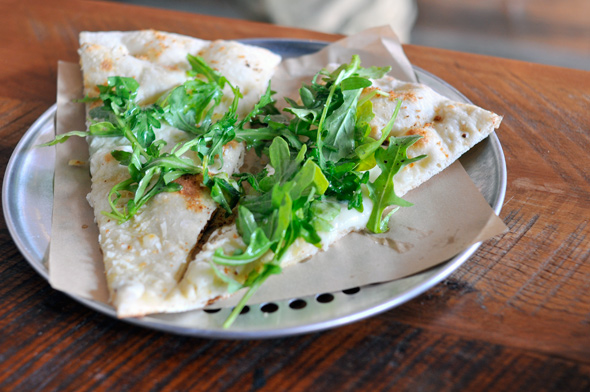 Spatz and his partners are joined by Chris Getchell, who also did a turn at Libretto — a connection that, once revealed, seems obvious given the nature of the pizzas on offer here. It's a small menu, with some pre-made speciality pies and a variety of toppings that allow for some customization of your standard margherita. If there was a standout for me, it was the "white pizza," which features creamy ricotta topped with a heap of lemony arugula that keeps things light and refreshing (as far as pizza goes). 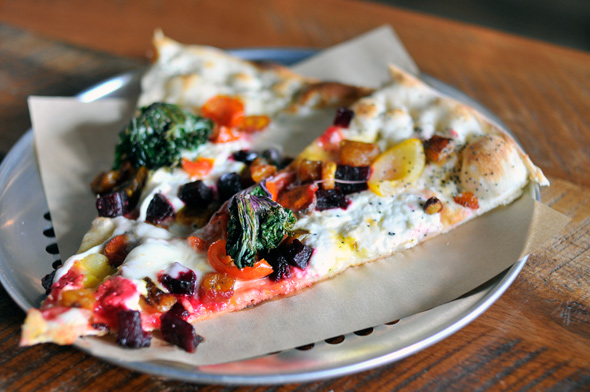 Also on offer is a pie topped with seasonal vegetables, which currently features beets, kale and heirloom carrots with a dusting of poppy seeds. Word to the wise: this is a pizza best eaten with a knife and fork, as mine lost most of its toppings on route to my mouth. 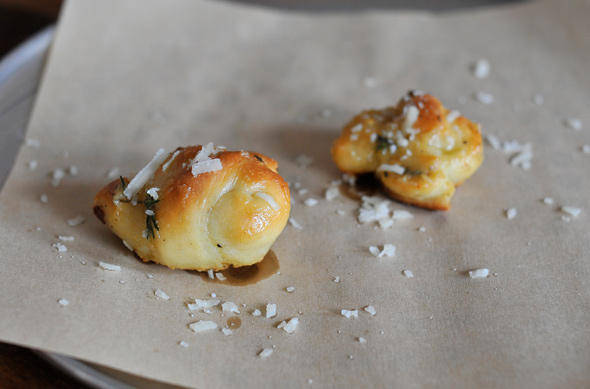 Sharing the spotlight with the pies are the garlic knots, which take leftover pizza dough, garlic, butter and a generous sprinkling of fresh thyme and grana padano to create a near-perfect little mouthful. For a lighter accompaniment to the pizza, there's an arugula salad with fresh Ontario peaches, goat cheese, sunflower seeds and a buttermilk dressing (which was unfortunately a bit over-applied on my version). 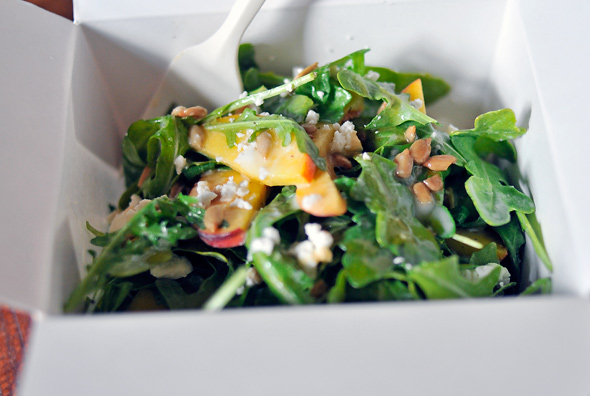 All of the produce used is local, a philosophy that's embodied in the one dessert on offer, the so-called "Queen Street Cookie." The hope is that it will represent the neighbourhood in each bite. On my visit it included popcorn, toffee, potato chips and coffee grounds from R Squared (to name only a few of the ingredients). 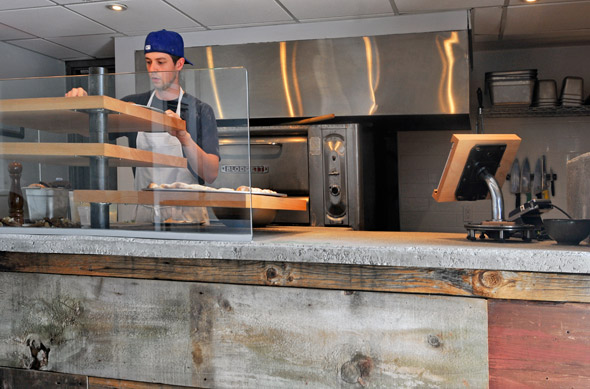 North of Brooklyn hopes to offer delivery in a few weeks — until then, folks can visit the small and somewhat hidden restaurant — hint: it's just north of Hero Burger — for eat-in and takeout. When asked what drew him to this location, Spatz revealed that he liked it because it was just a bit hard to find. "We want people in the neighbourhood to feel like it's their place. Since we've opened I've seen the same people come in every day." 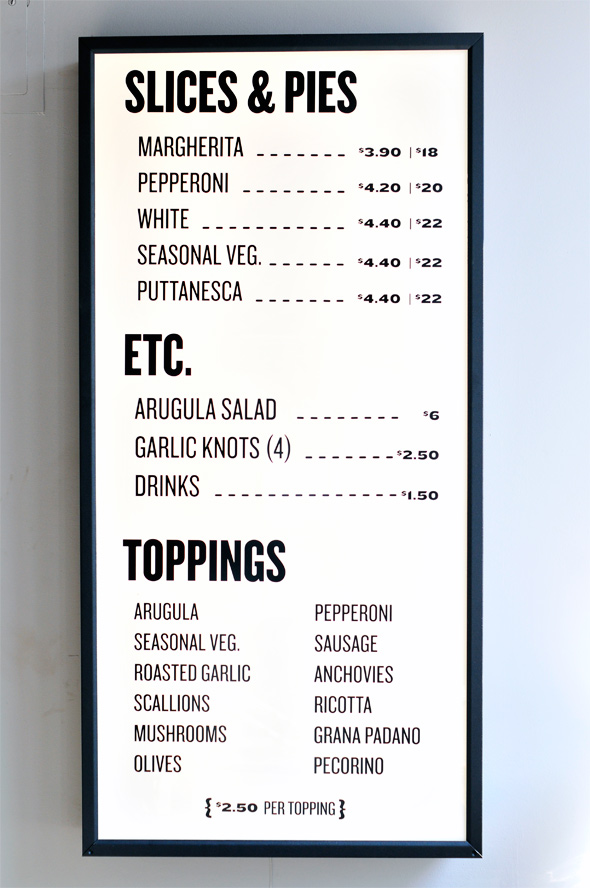 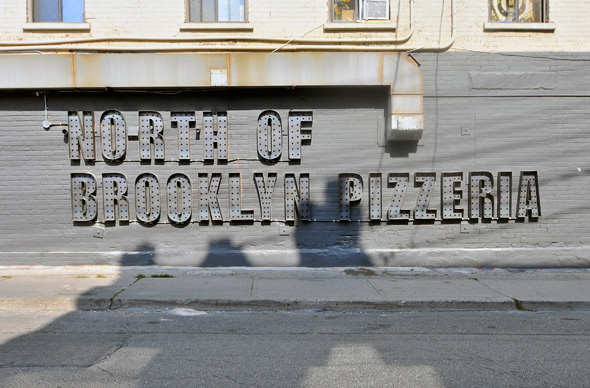