Napoli Centrale is currently open but their offerings and services may be affected due to the pandemic. Please contact the business directly for more information about any changes. Is this your business? Please contact us if you would like to update this message.

Napoli Centrale is the latest entrant in Toronto's competitive Neapolitan pizza scene, having opened its doors to the public at the beginning of this month. Despite some appealing qualities this newcomer is going to have to work harder before it's ready to join the big boys of Toronto pizza. 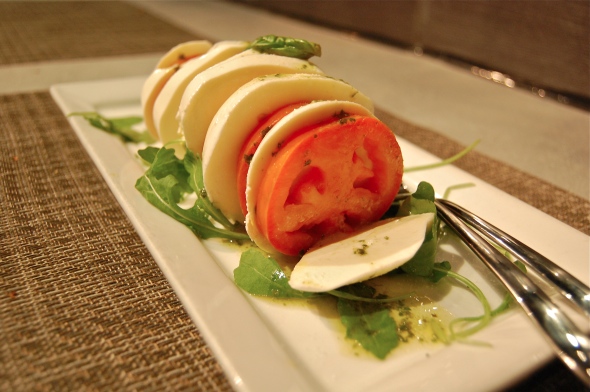 A Caprese salad (fior di latte mozzarella with tomatoes on a bed of arugula, dressed with an herb infused oil - $12.99) is emblematic of some of Napoli Centrale's problems. While the dish is artfully arranged, it's underseasoned, with a scant basil leaf, underwhelming dressing and a distinct lack of salt and pepper. The mozzarella is fine but the tomatoes themselves are cold and hard, more pink than red, and clearly need a couple more days to ripen. Seasons are what they are, of course, but the dish is on the menu, and these are cardinal sins.

Some of the same problems - unevenness, mediocre ingredients - resurface when we receive our pizzas ($13-19). The pizzas are cooked to varying degrees, from a charred capricciosa to a soft, bready quattro formaggi, and none of the four come out quite the same. 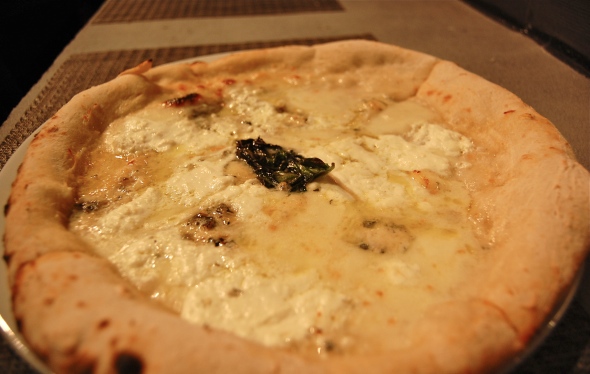 The quattro formaggi (fior di latte, gorgonzola, ricotta, parmesan), a white pizza, is probably the best of the ones we try. Cheesy (duh) highlighted by a sharp gorgonzola, it has depth of flavour and some bite, though it's somewhat doughy.

The capricciosa (top photo - fior di latte, tomatoes, artichoke, mushrooms, olives, ham), somewhat crisp, is the most thoroughly cooked pizza we receive, much to its benefit. Deliciously thin and soupy in the middle in the Neapolitan style, it's tasty on the whole, though slightly let down by mediocre mushrooms and olives. 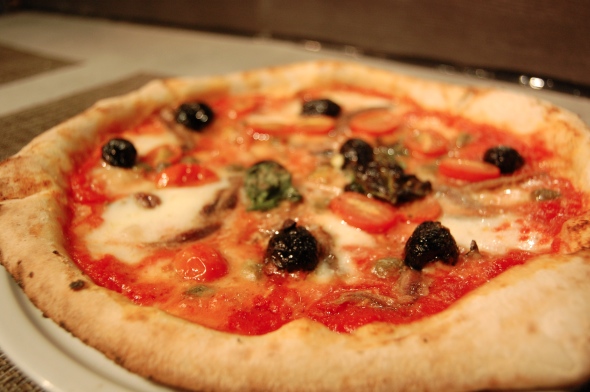 The other red pizza we order, the Santa Lucia (fior di latte, anchovies, capers, black olives) is salty and fishy, as it should be, but slightly undercooked, and with the same problems in quality with the vegetable toppings. 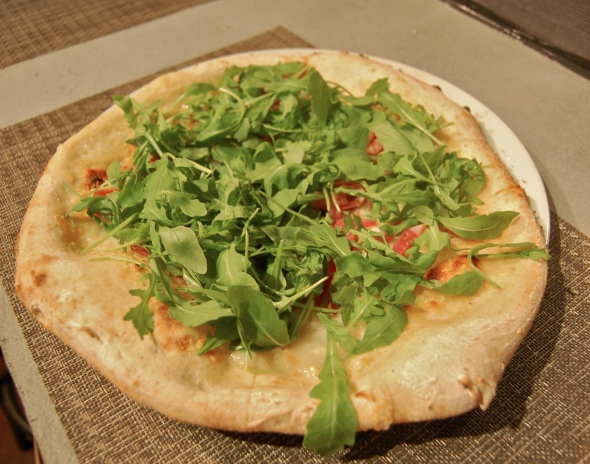 The cheese on our final white pizza, the Donna Peppa (buffalo mozzarella, prosciutto, arugula, parmesan) is only intermittently present, resulting in a pizza that is mostly dough. Thick cut prosciutto and a scattering of arugula punch things up a bit, but when the dominant note in your pie is the somewhat undercooked (albeit tasty) crust, something's gone wrong along the way.

The unevenness of the pizzas, notwithstanding, the restaurant on the whole has an appealing quality. The space is warm and inviting, with an open floor plan and attractively sparse red brick, highlighted by a large pizza oven in the back. Toronto beers like Boneshaker and (416) Local Lager on tap are a nice touch, and staff are polite and courteous. 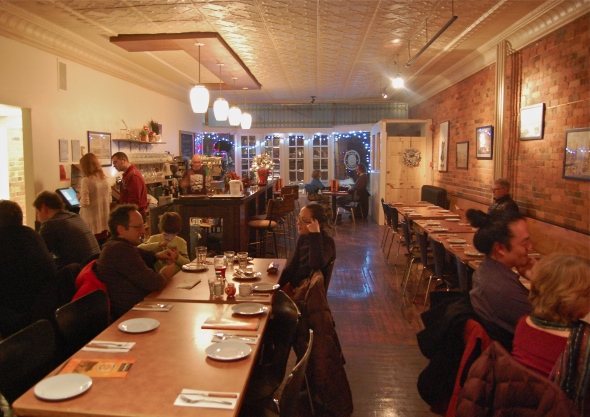 There is a fair amount of room for improvement though, and some of the issues like ingredient quality and cooking consistency are resolvable if the will is there. It bears mentioning that in the abstract Napoli Centrale is doing perfectly acceptable work, and if you're in the neighbourhood you could do worse.

But lapses are noticeable, and with dinner for two (two pizzas, antipasto) with a pint apiece running close to $75 with tax and tip, good enough is only that - good enough, especially in comparison to Toronto's well established pizza firmament. With that being said, it will be interesting to see how Napoli Centrale does when they get their feet under them. 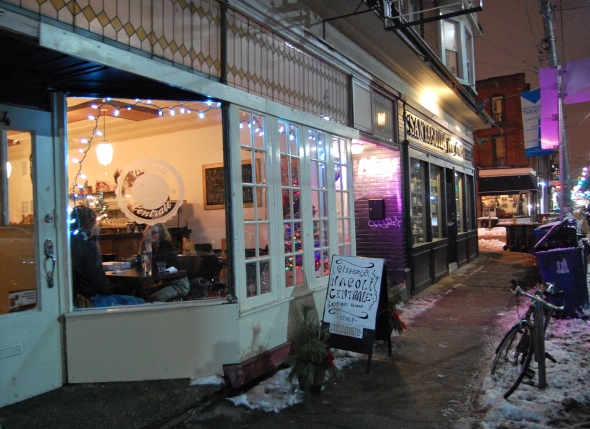 Napoli Centrale is open 5-10 daily, and intermittently for lunch ( check their Facebook ).