Max’s Restaurant is a Filipino chain specializing in fried chicken with humble origins that stretch all the way back to the forties, serving traditional dishes for breakfast, lunch and dinner.

Named for Maximo Giminez, who started out serving fried chicken to American troops in the Philippines after World War II, the first North American outpost of the chain opened in the eighties. 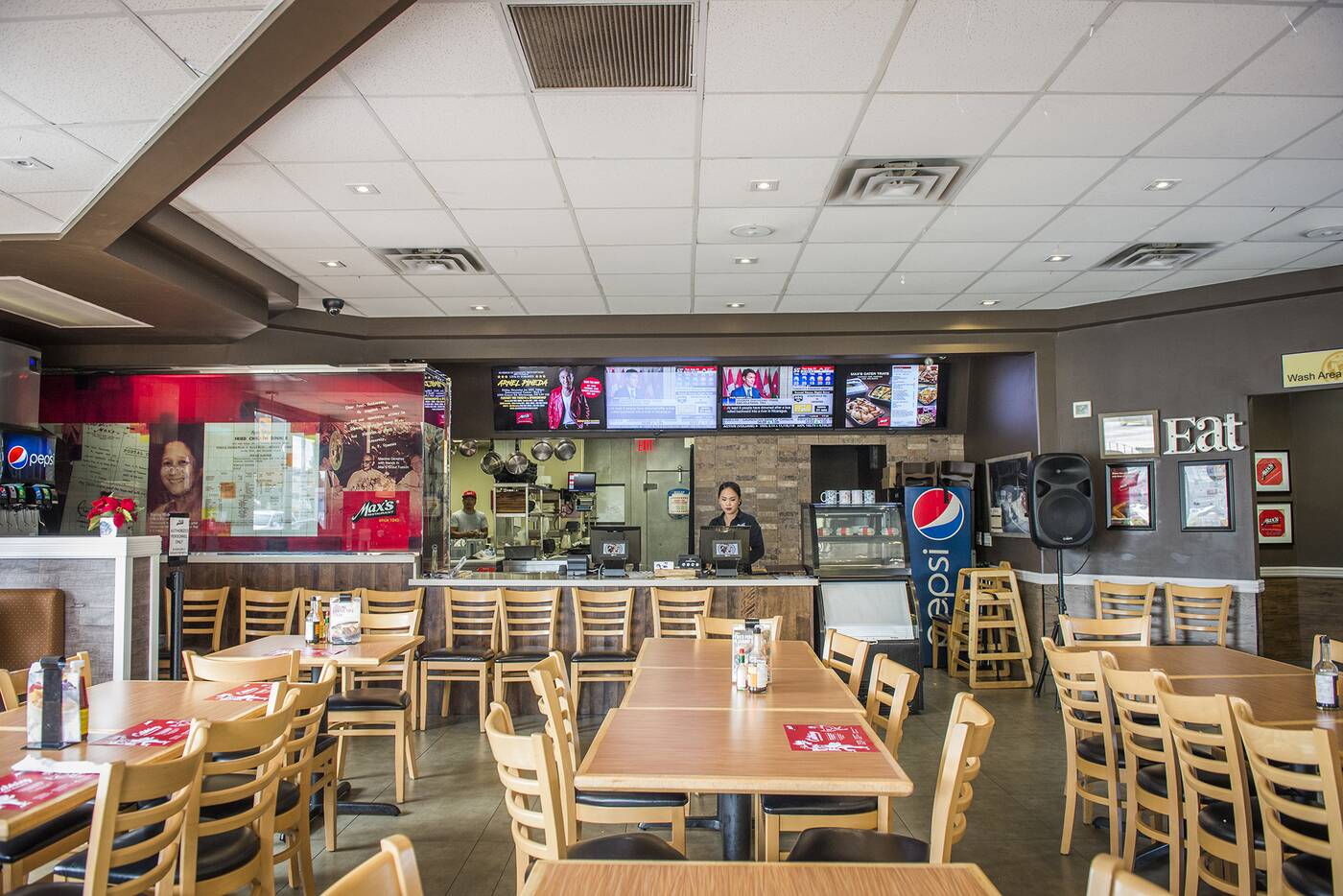 It’s what you’d expect from a family restaurant serving a comforting, sometimes underrepresented but fiercely beloved region’s cuisine. Simple booths and tables and lots of windows fill out the simple space with an ordering counter near the entrance.

A whole fried chicken goes for $17.99 and could probably feed an entire family easily. It’s not Southern style fried chicken, closer to a juicy rotisserie flavour and not moist at all, but with a crispy skin, and comes cut in sections so it’s easy to pull apart and share. 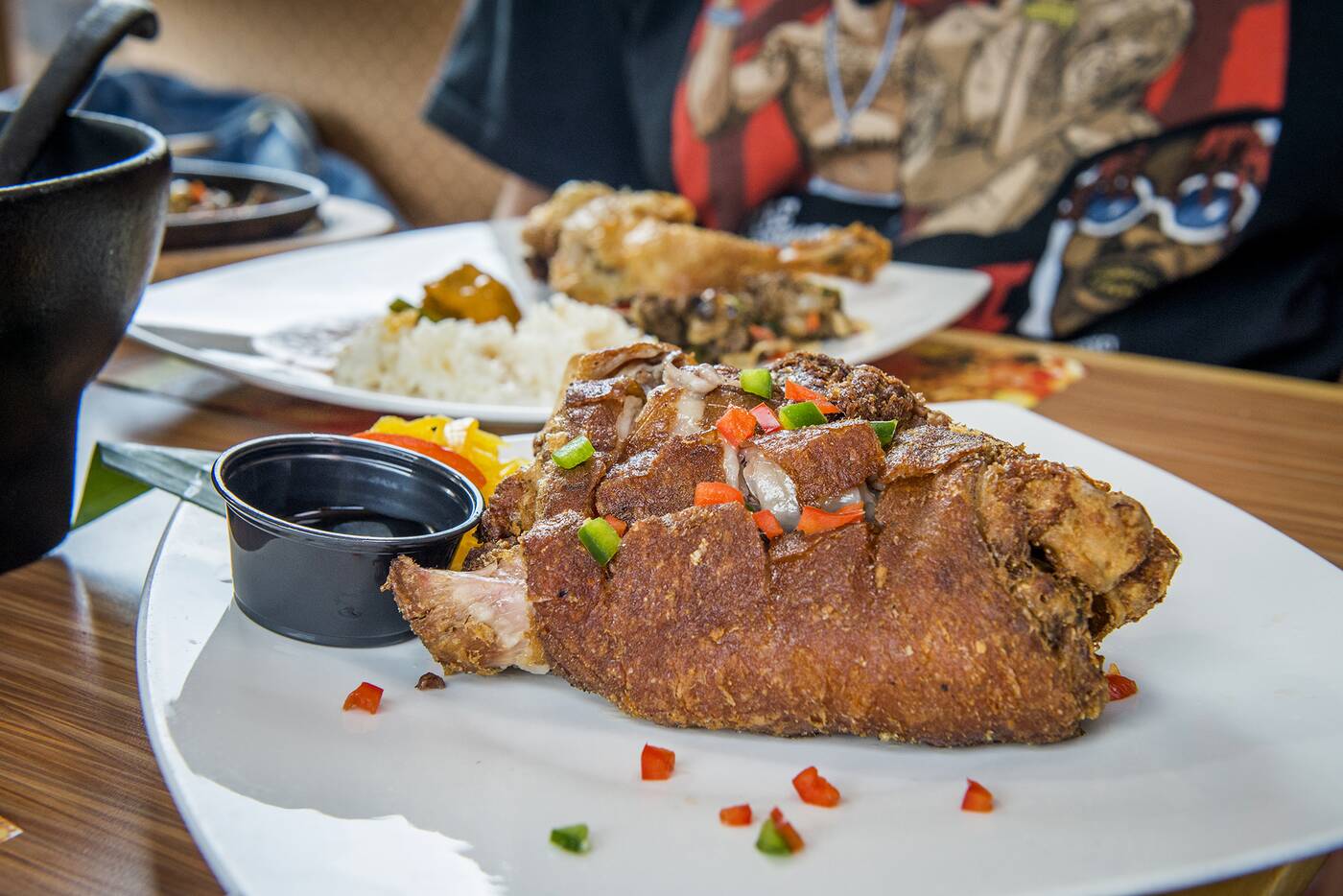 Crispy pata ($13.99) or crispy pork hock, is simmered in a marinade and then deep fried, served with an acidic soy vinegar dipping sauce that cuts the meat’s fattiness, also cut into rippable sections. 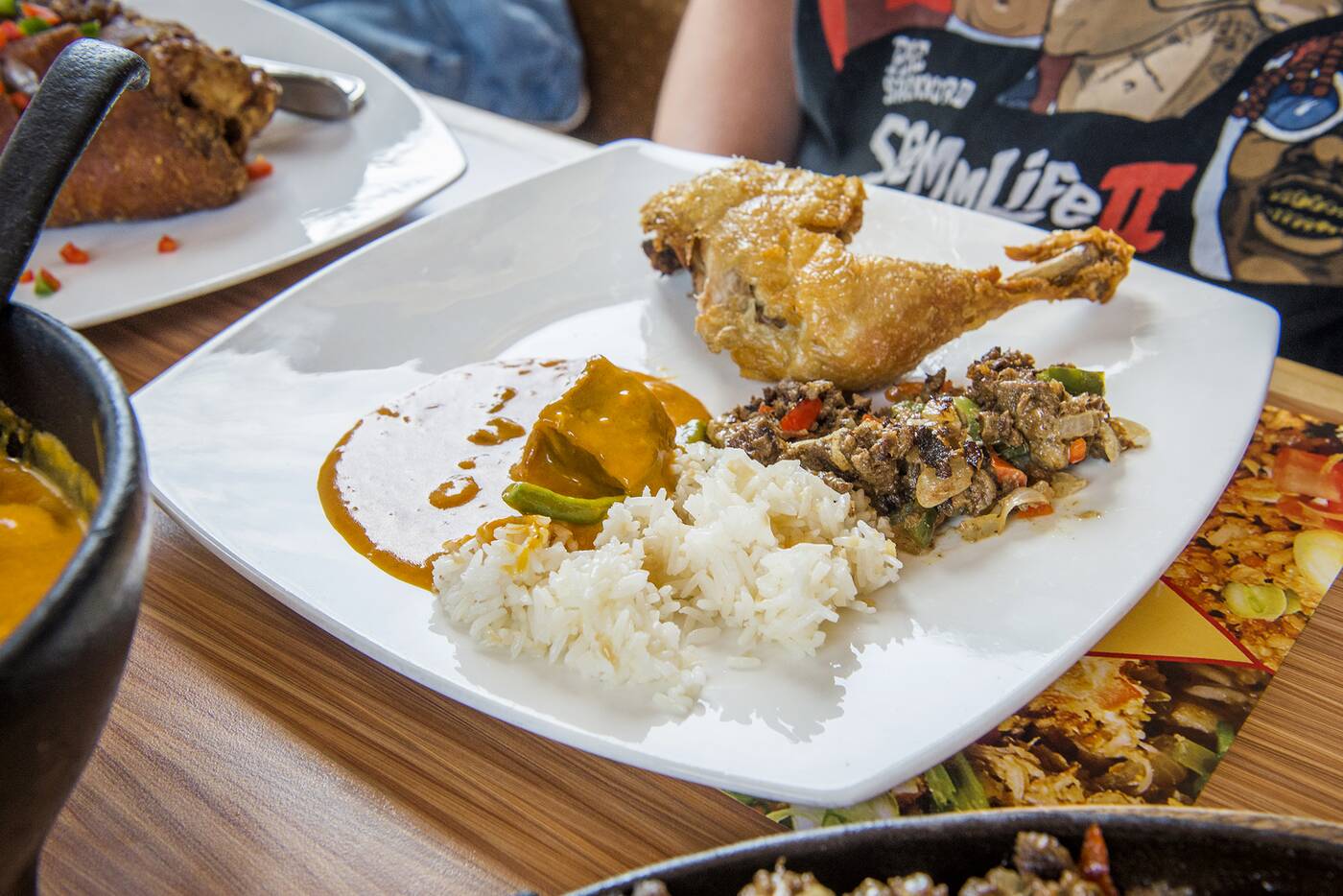 This fast casual food is best enjoyed sharing style, meaning the best thing to do is order a couple different things and share, each person putting together their own plate. 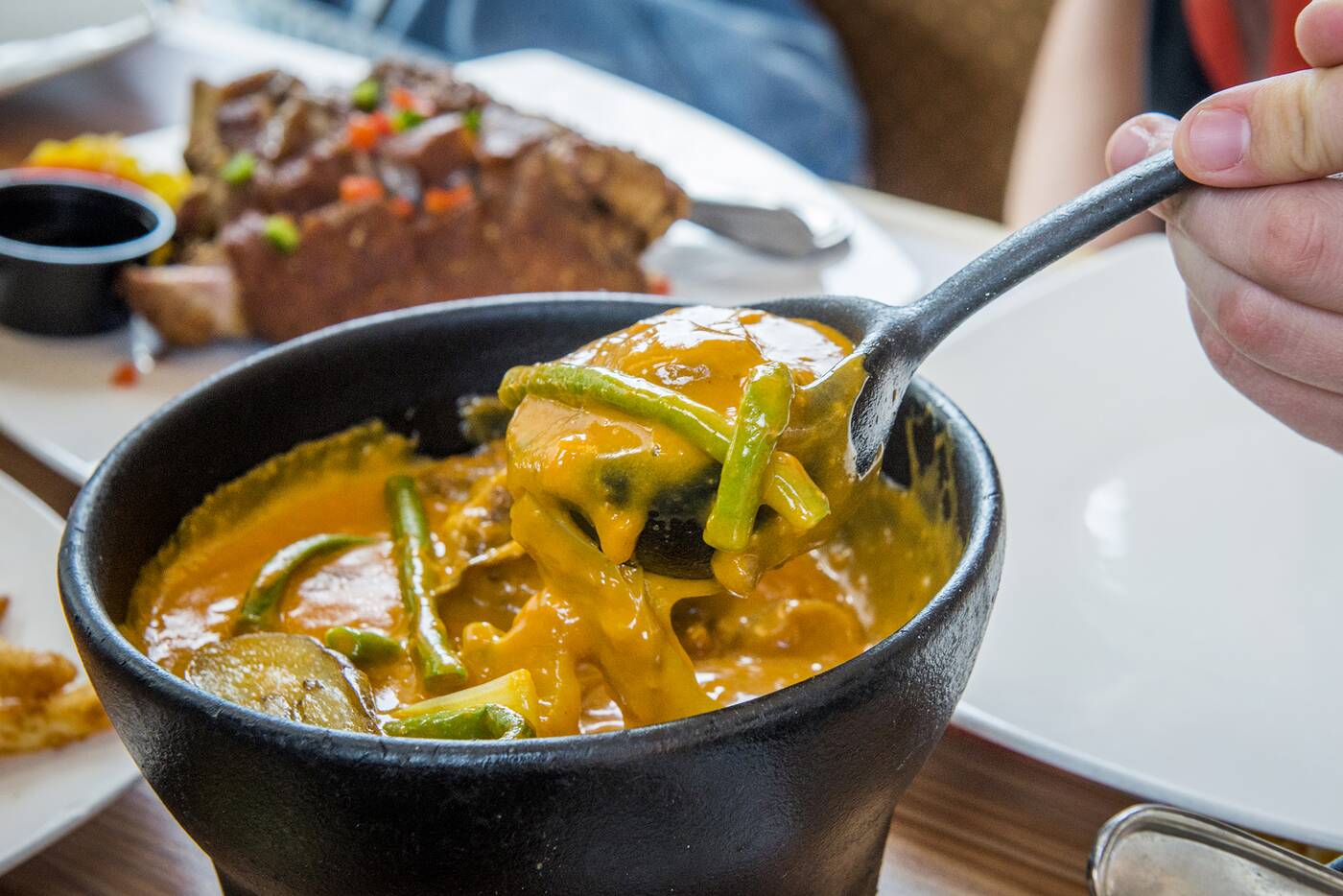 Kare kare ($19.99) is a Filipino beef peanut stew of beef shank and oxtail simmered in a viscous peanut sauce with veggies like green beans, served with a potent shrimp paste on the side. 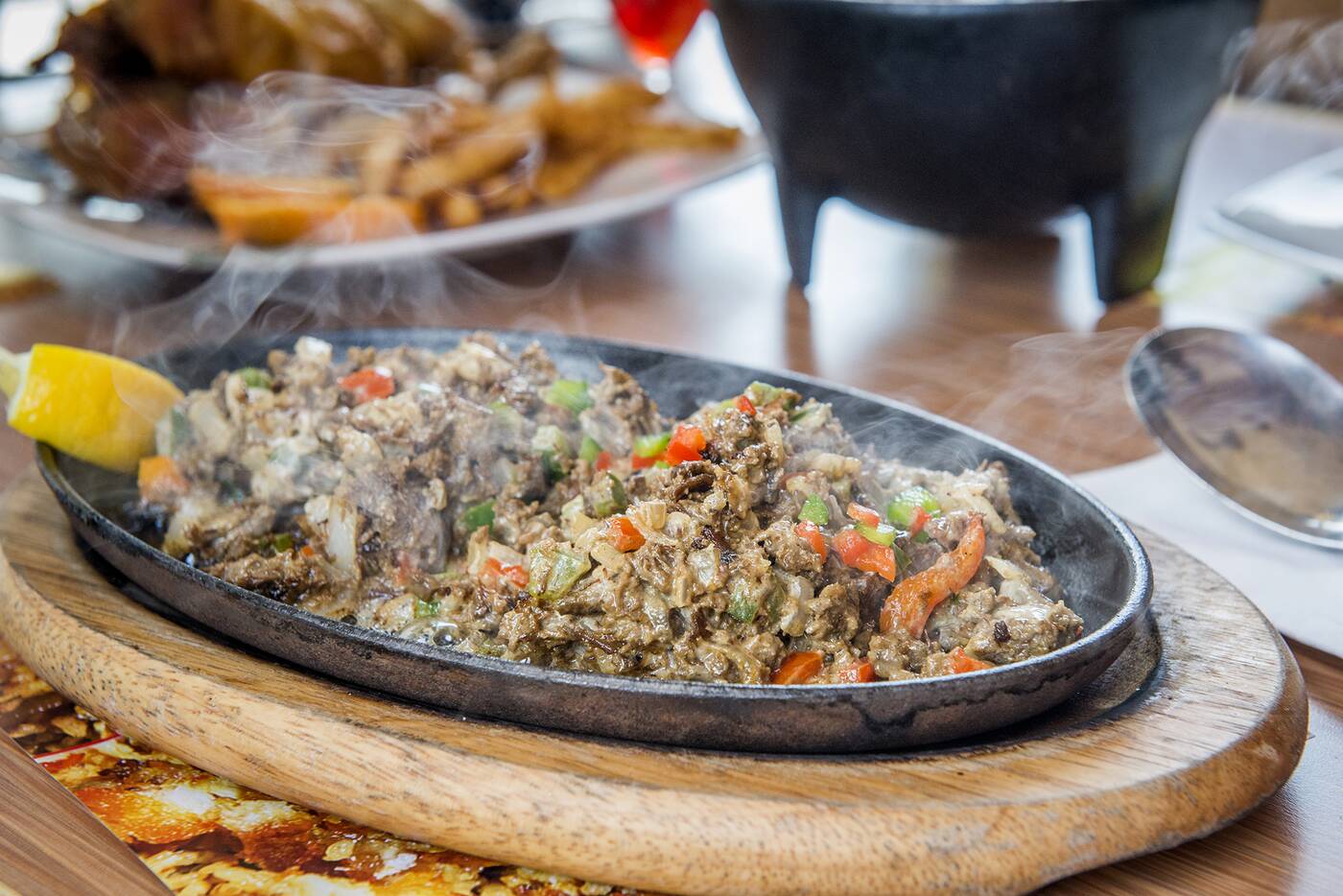 Beef sisig ($13.99) comes and sizzling on a hot plate, diced up along with chicken liver seasong with special sauce with onion and pork cracklings. 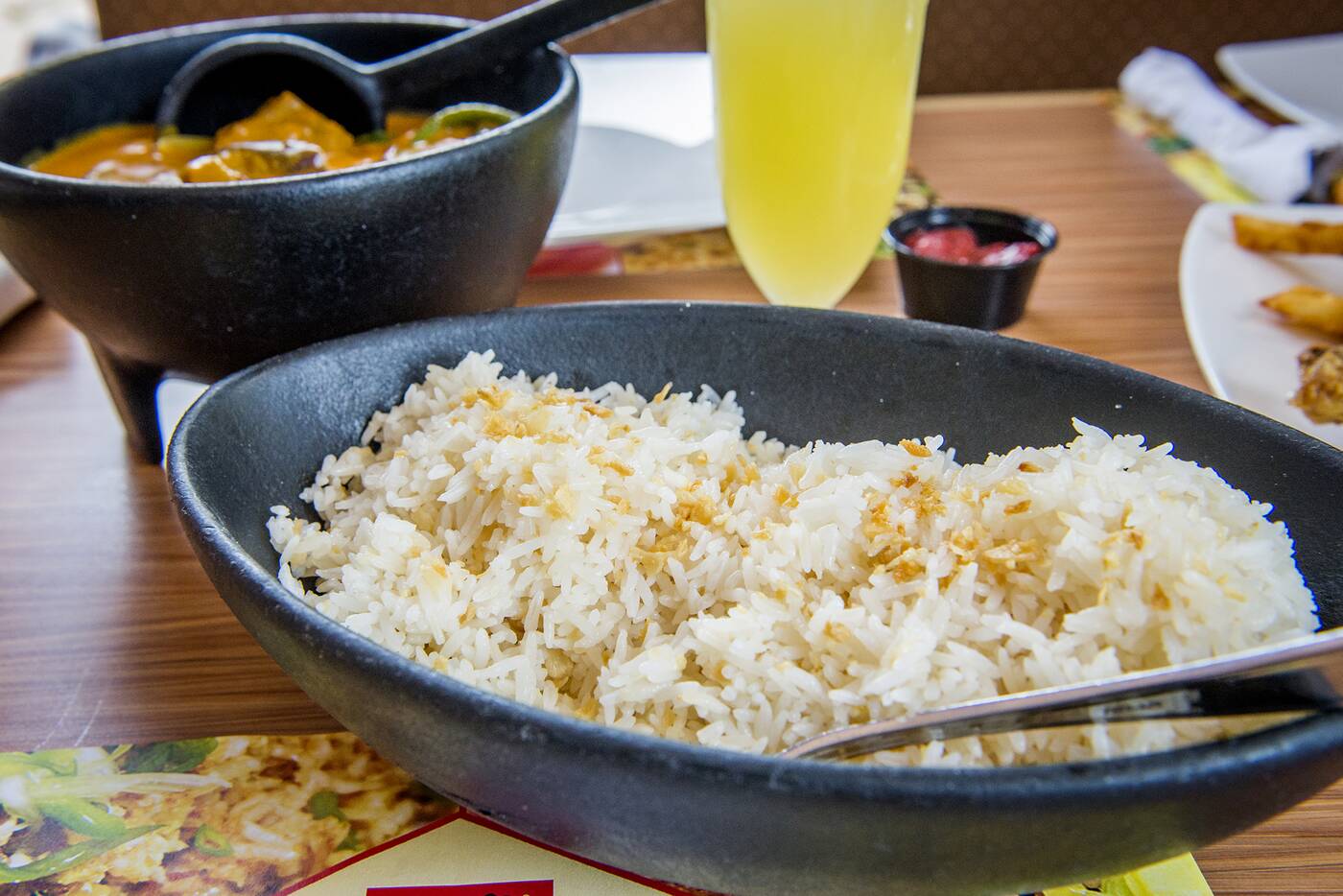 It’s not super spicy, but does go well with the heaping portion of savoury garlic jasmine rice ($2.39 - $4.99) that’s mandatory with absolutely anything you’re going to eat here. 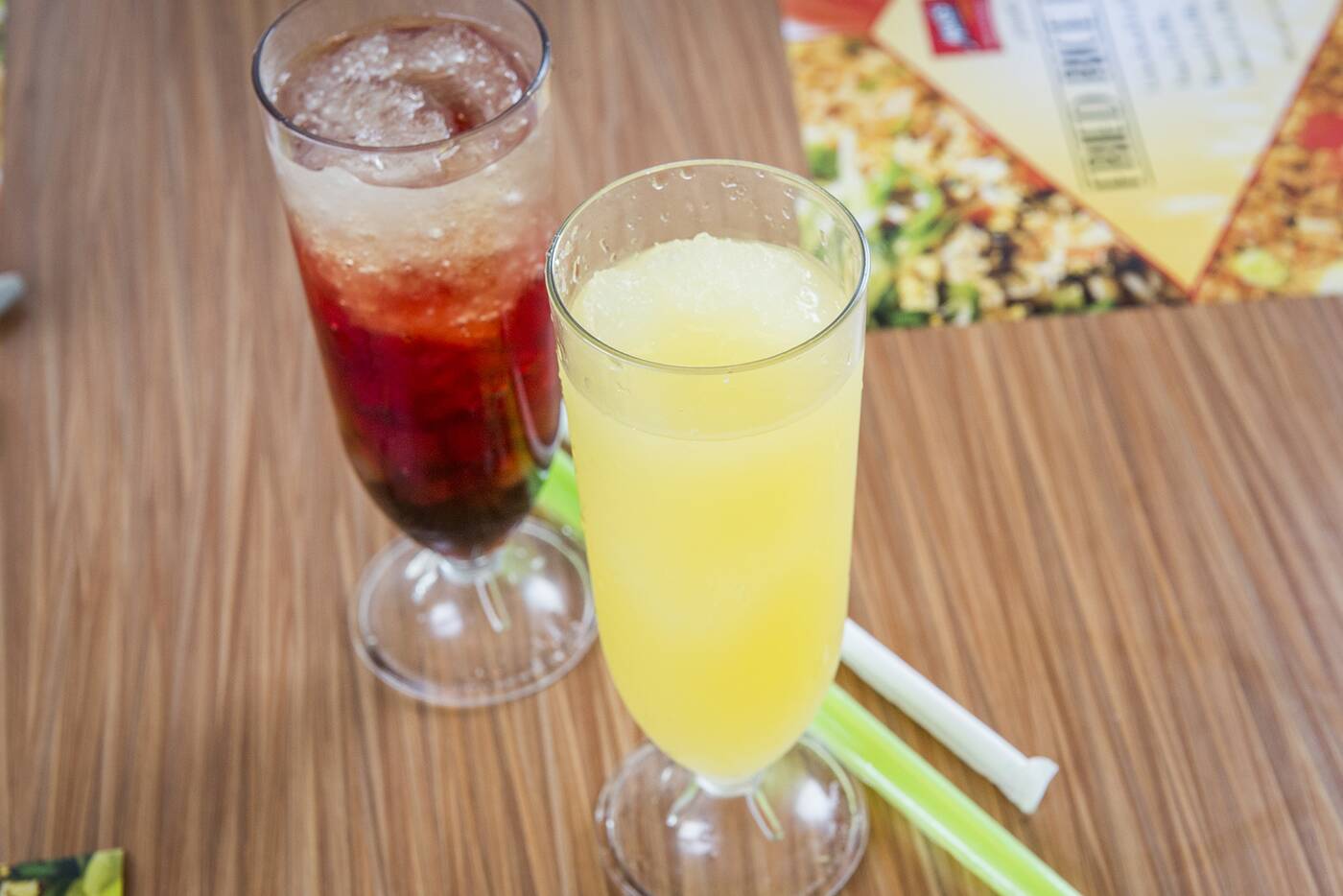 Calamansi juice ($3.50) is made with a lemon-lime-like citrus that’s used for many things in Filipino cooking including sauces and finishing touches. 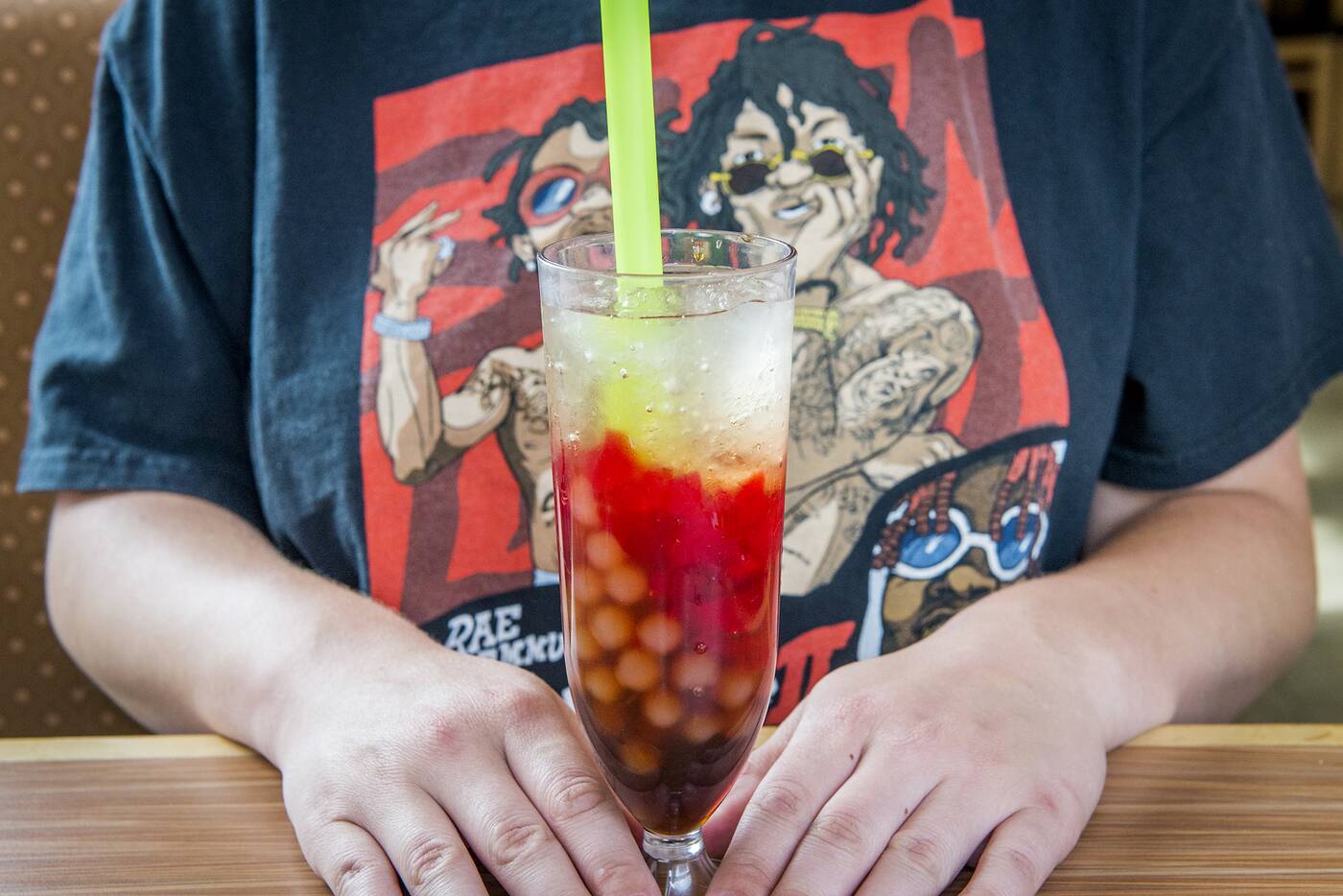 Sago’t Gulaman ($3.99) is a tapioca and gelatin drink that’s almost like a Filipino bubble tea but with flavours that vary wildly from more well-known Asian drinks. 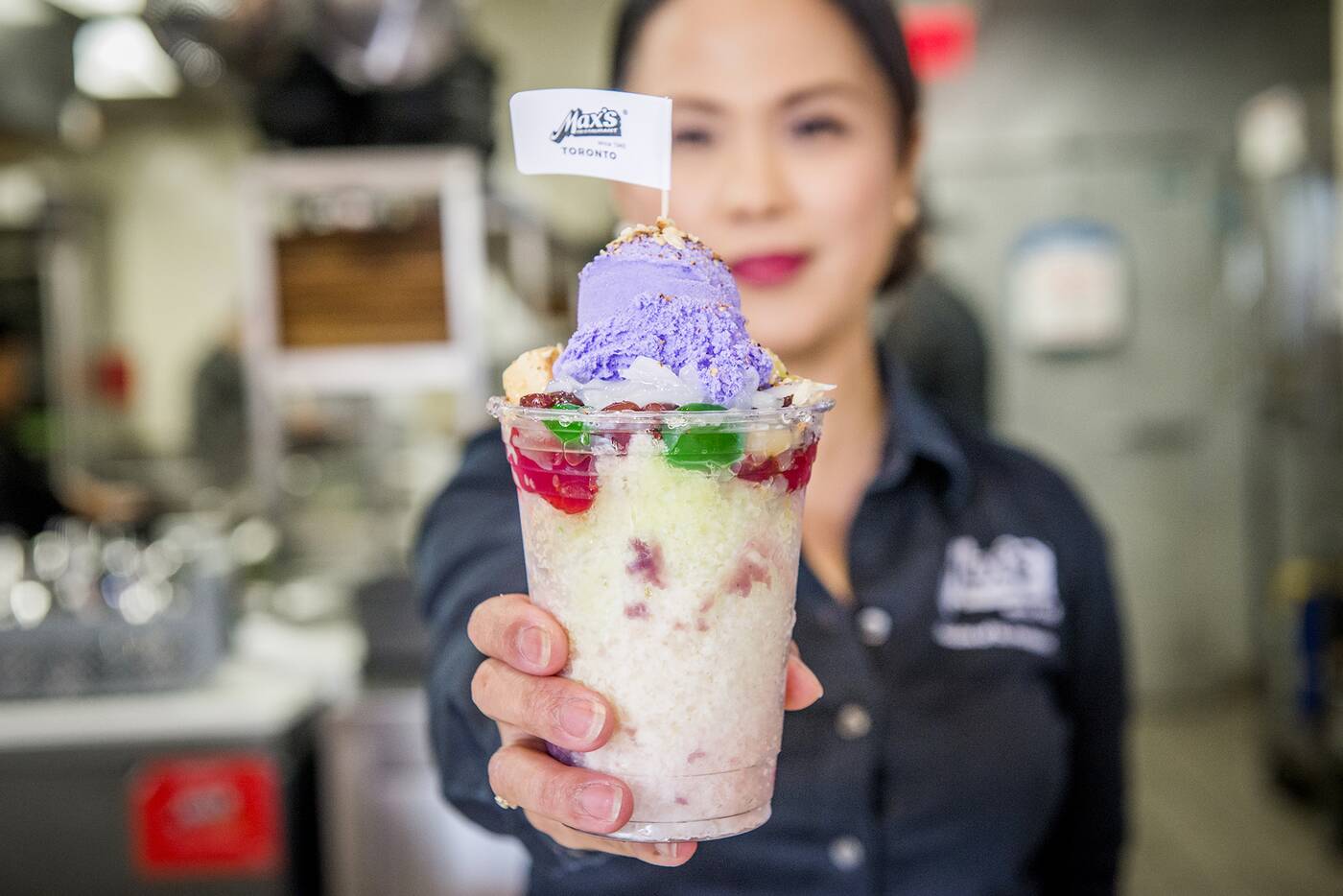 Of course they also have the traditional and eye-catching halo-halo ($7.99). 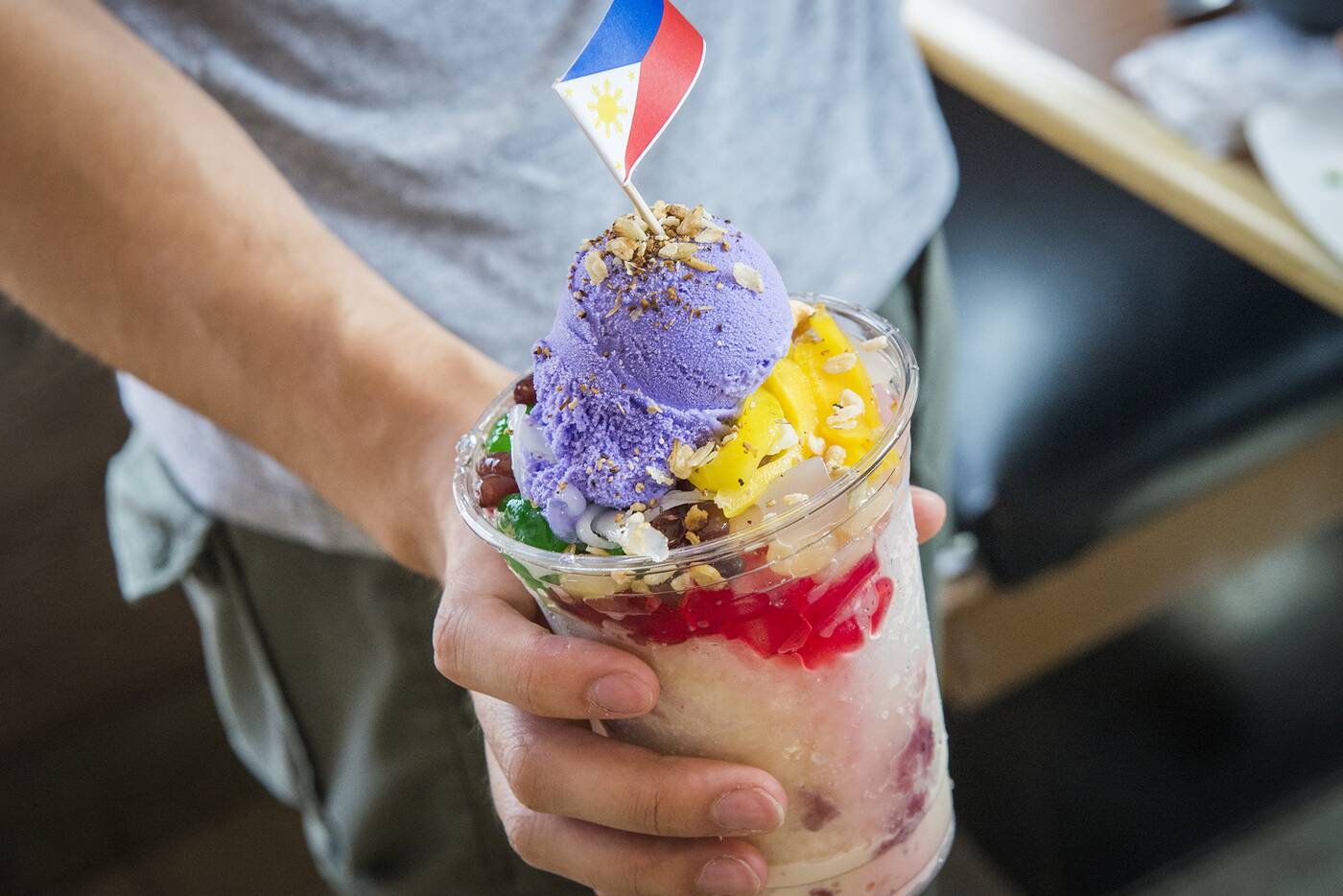 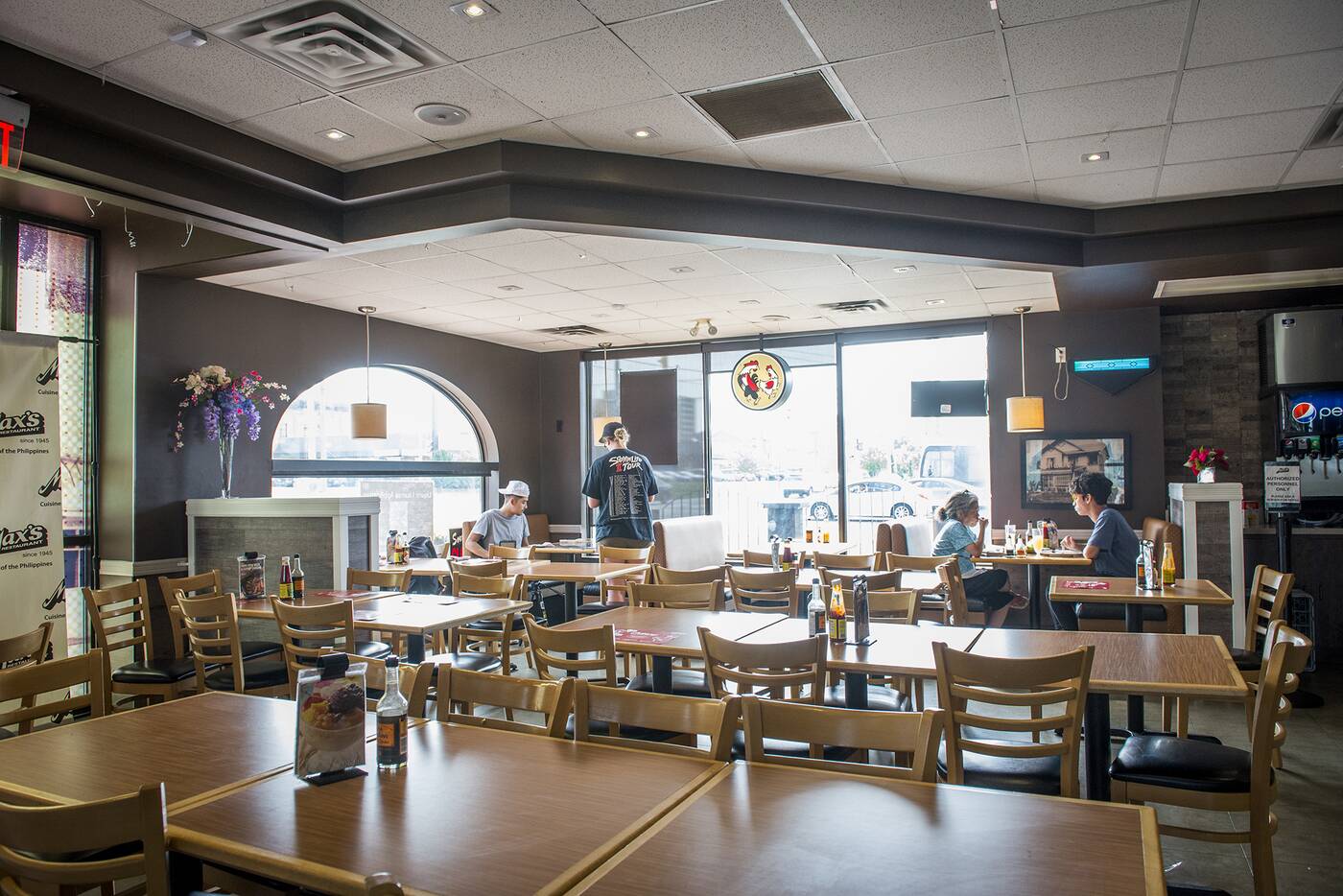 This place is homestyle through and through, the definition of family comfort food. Many years after World War II and with several decades in North America under its belt, Max’s is still going strong. 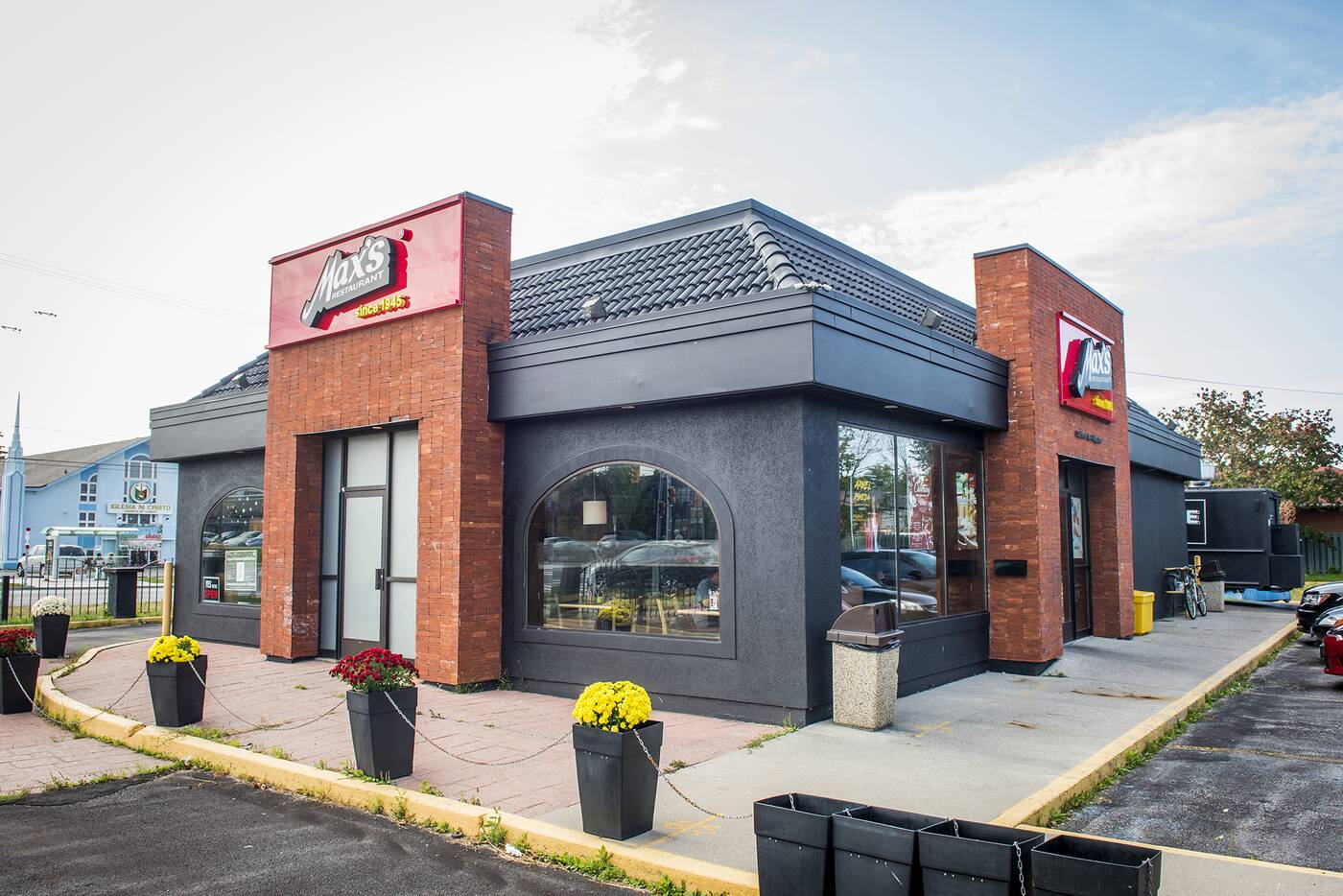