ASAP City is a fast food joint at Danforth and Woodbine, steps from Woodbine station. Three guys from Montreal started this place to bring Parisian fast-food sandwiches and of course, really good poutine to the east of Toronto. 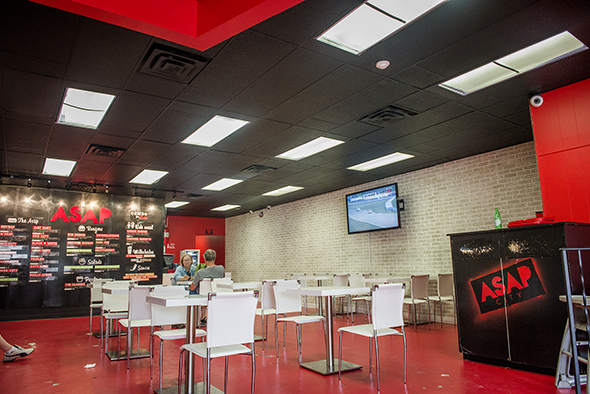 ASAP City are down to compete with establishments like Burger's Priest and South St. Burger creativity-wise. The "Wrap City" ($8.95) is beef patties and breaded chicken wrapped in a tortilla, and the "Papa Joe" ($8.45) is a cheeseburger with a hash brown on it. 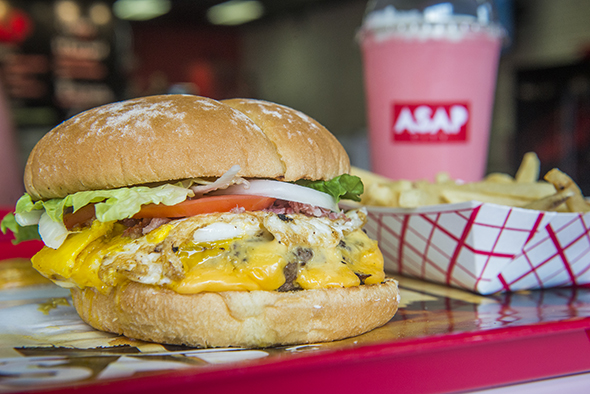 All their burgers are made with 100% beef, no fillers or spices: just honest-to-goodness ground meat. We give The Heavyweight a shot, a huge cheeseburger complete with a fried egg and their house-made sauce. The sauce is surprisingly spicy and tangy, the burger is juicy, and the egg is nicely runny. 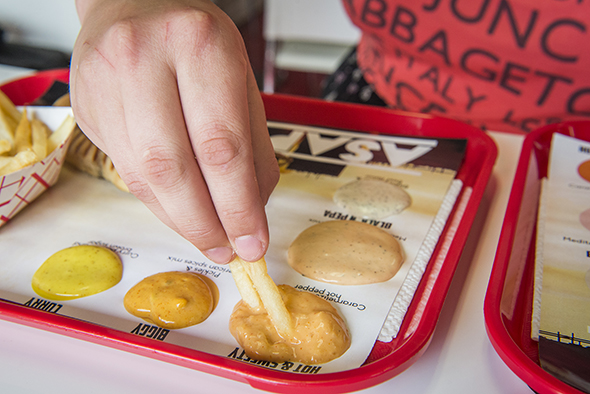 All their sauces are house-made and also have funky names, like "Black 'N Pepa," which is black pepper and beef flavoured, or "Biggy," a pickles and American spices mix. Their marinades are made in-house, too. 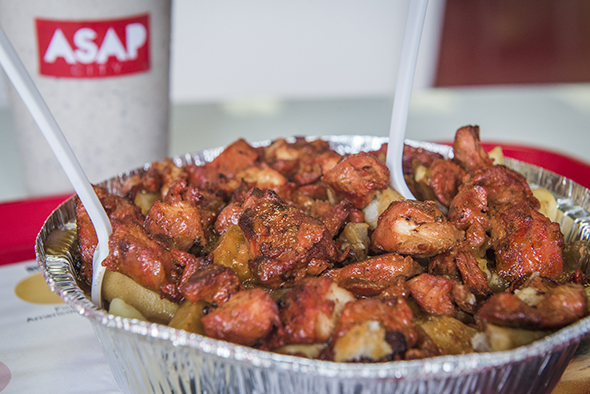 So it's not surprising that one of their best-selling dishes is the "ASAP'outine," a Montreal-style poutine made with thin fries, thick gravy and cheese curds. It's topped with chicken which comes in a choice of styles. We try the tandoori style, rather than a la creme or curry. 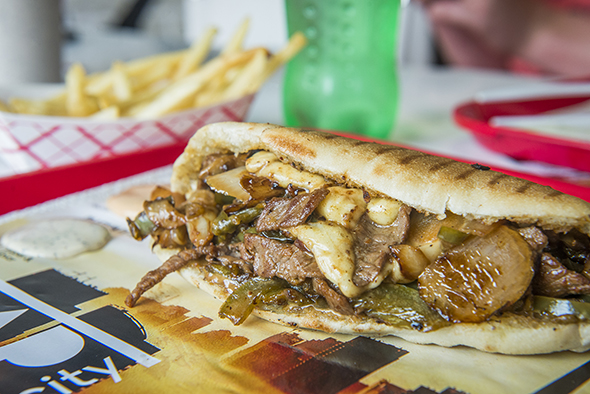 Their other best seller is the Philly Steak ($9.25), which could be attributed to a lack of cheese steak availability in Toronto, or the fact that the wrap stuffed with steak, onions, peppers, and mushrooms is reminiscent of a gyro or souvlaki sandwich in this Greek neighbourhood. 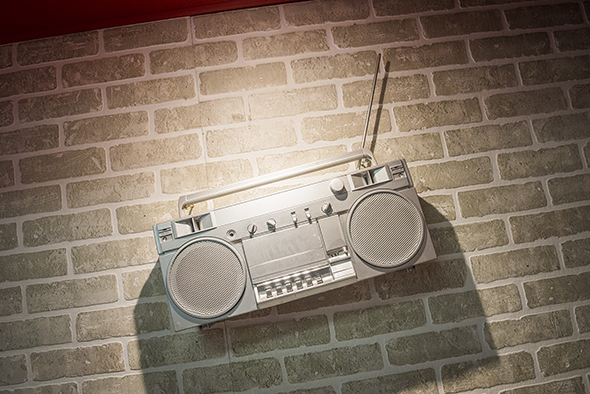 The interior is painted in bold shades of masculine red and black, but it's broken up by a faux-brick wall complete with cheeky, more boyish touches like graffiti art and silver spray-painted nostalgic items on the wall like a Sega Genesis, a boom box or a pair of sneakers. 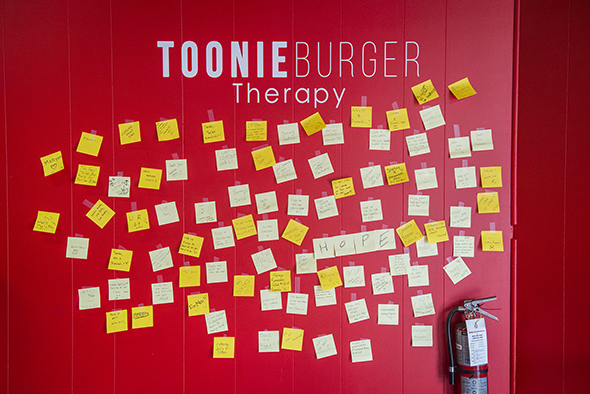 The boys of ASAP City aren't blind to their far-flung location, and the community that needs to continue to be built. On certain days they put out a jar in which they ask customers to donate some change from their meal, which they pool to buy ingredients for burgers to distribute to local homeless people. They ask not just for cash, but a message of hope, which they post on the wall. 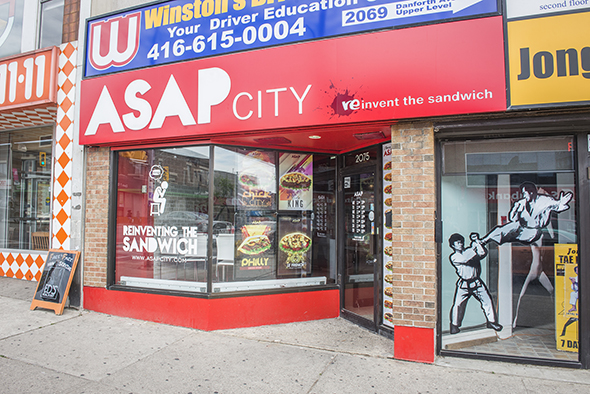