Chantecler has put itself on the map in the Toronto food scene thanks to the tireless efforts of owner Jacob Wharton-Shukster. This tiny restaurant with an open kitchen facing the bar is named for Canada’s only heritage breed of chicken, and though the menu may have evolved over the years, Chantecler retains a truly Torontonian spirit. 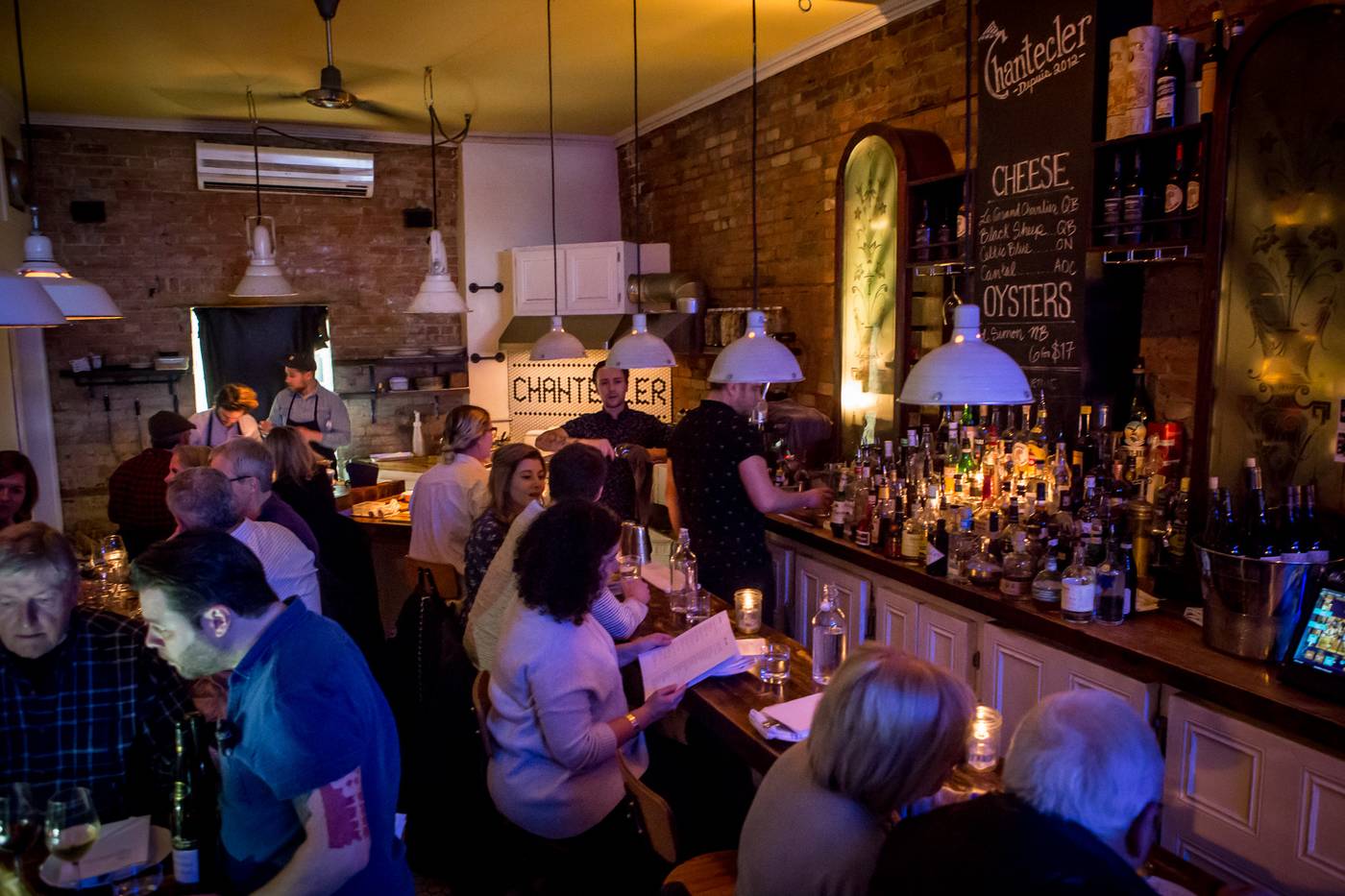 The space in Chantecler is so limited that on a busy night servers and guests alike complete a complicated waltz moving around the place, but it’s exciting to be in the middle of the hubbub. The open kitchen’s backsplash is tiled to spell out the restaurant’s name. 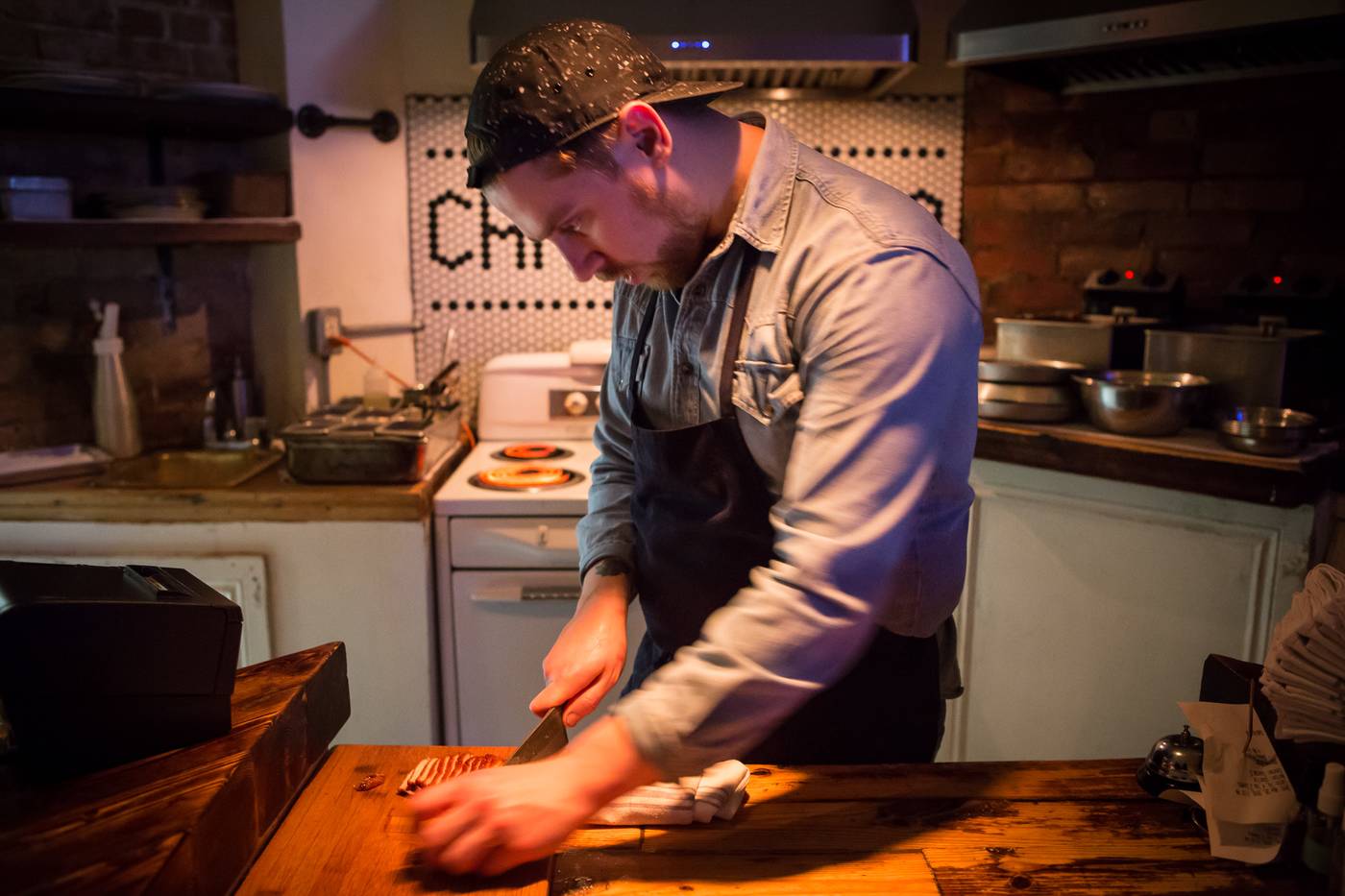 Since the conversion to French cuisine Mutch and Wharton-Shukster have been serving up some simpler dishes that rely a little more on tradition and less on fusion. 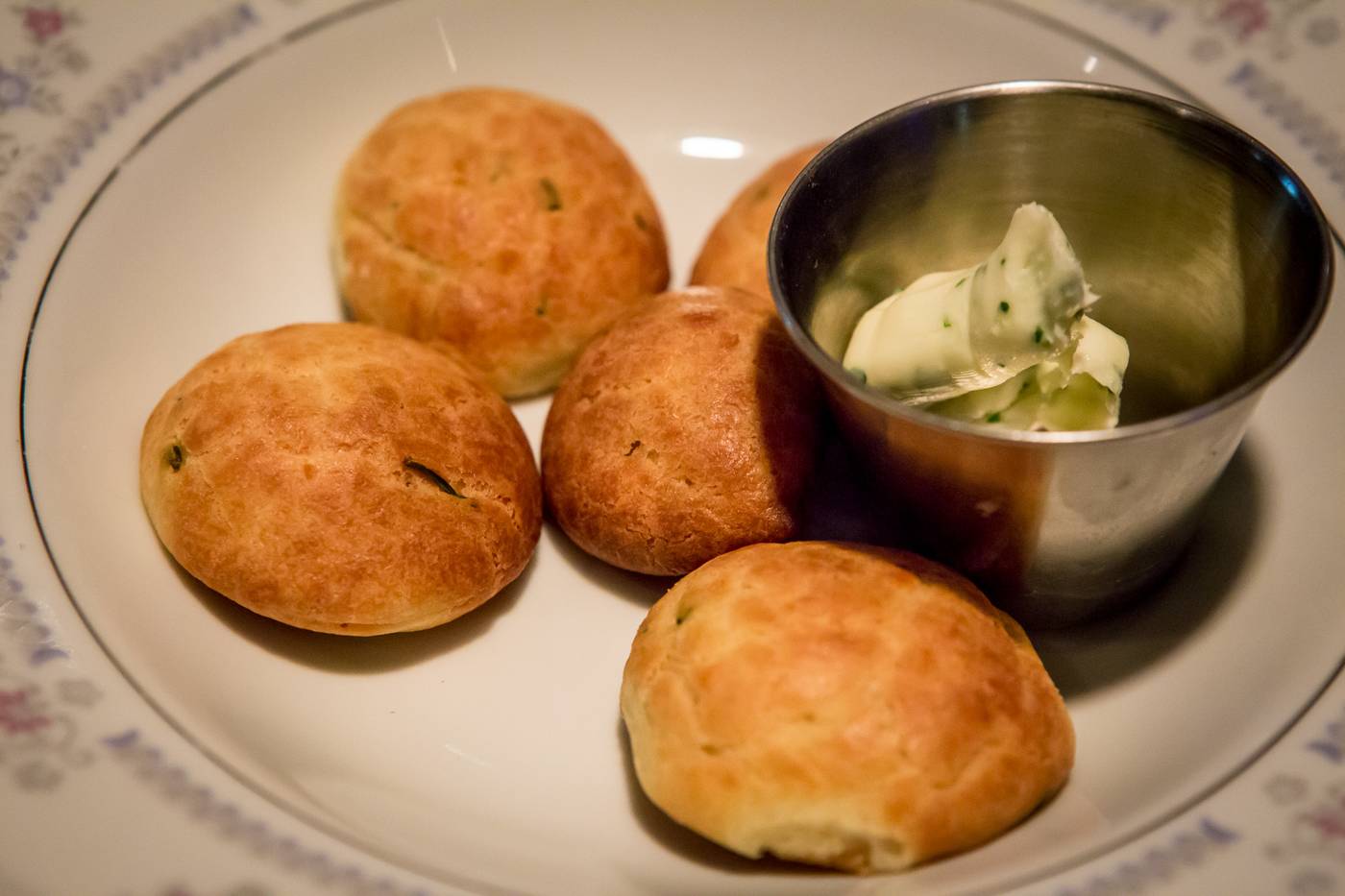 This is evident in their now-bilingual menu. These airy cheese puffs or “gougeres” ($5) come with the most delectably soft, rich whipped herb butter. 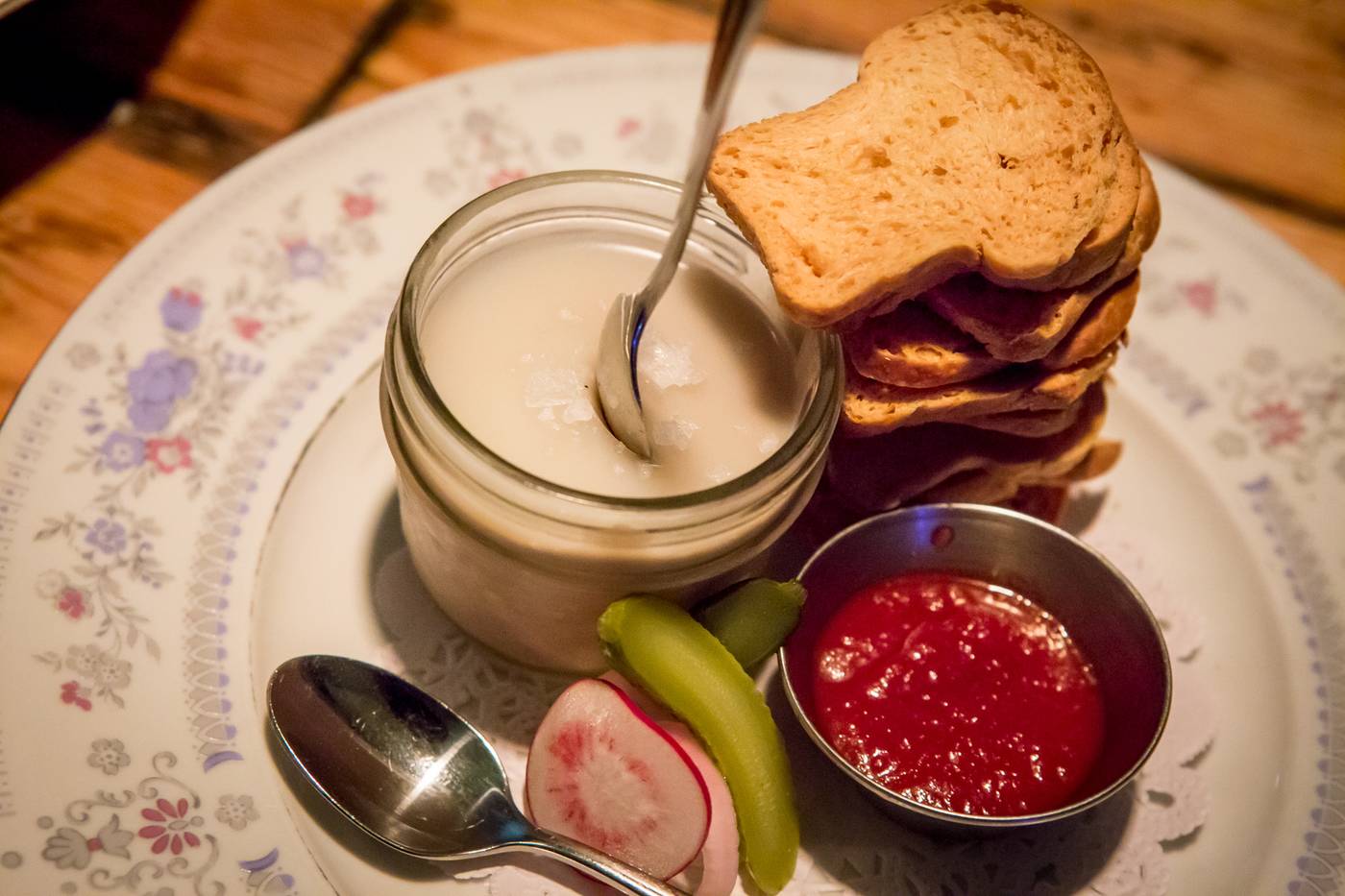 The chicken pate ($9) is another obvious classic and a high end bar snack that doesn’t break the bank so you can go nuts on $12 cocktails.

The silky, rich pate works well with the sweet jelly it’s served with and topping it additionally with sweet, juicy, crunchy pickled onion and a bit of sharp, vinegary pickle completes the picture. It comes toast tower. 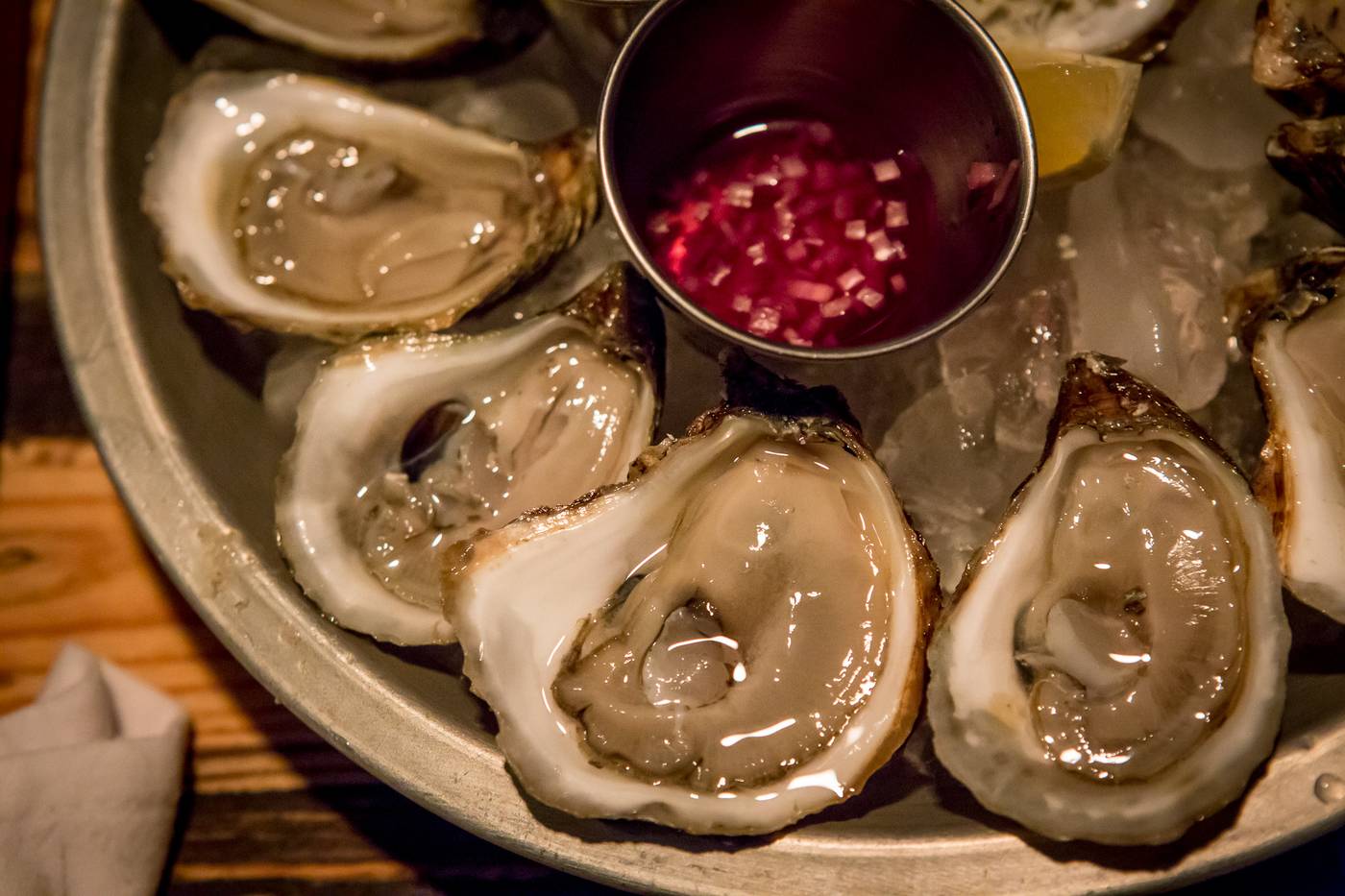 There are typically different cheeses and oysters on offer each day, advertised on a chalkboard centred in the grandiose bar. Today there are St. Simone oysters from New Brunswick going for $17 per half dozen. 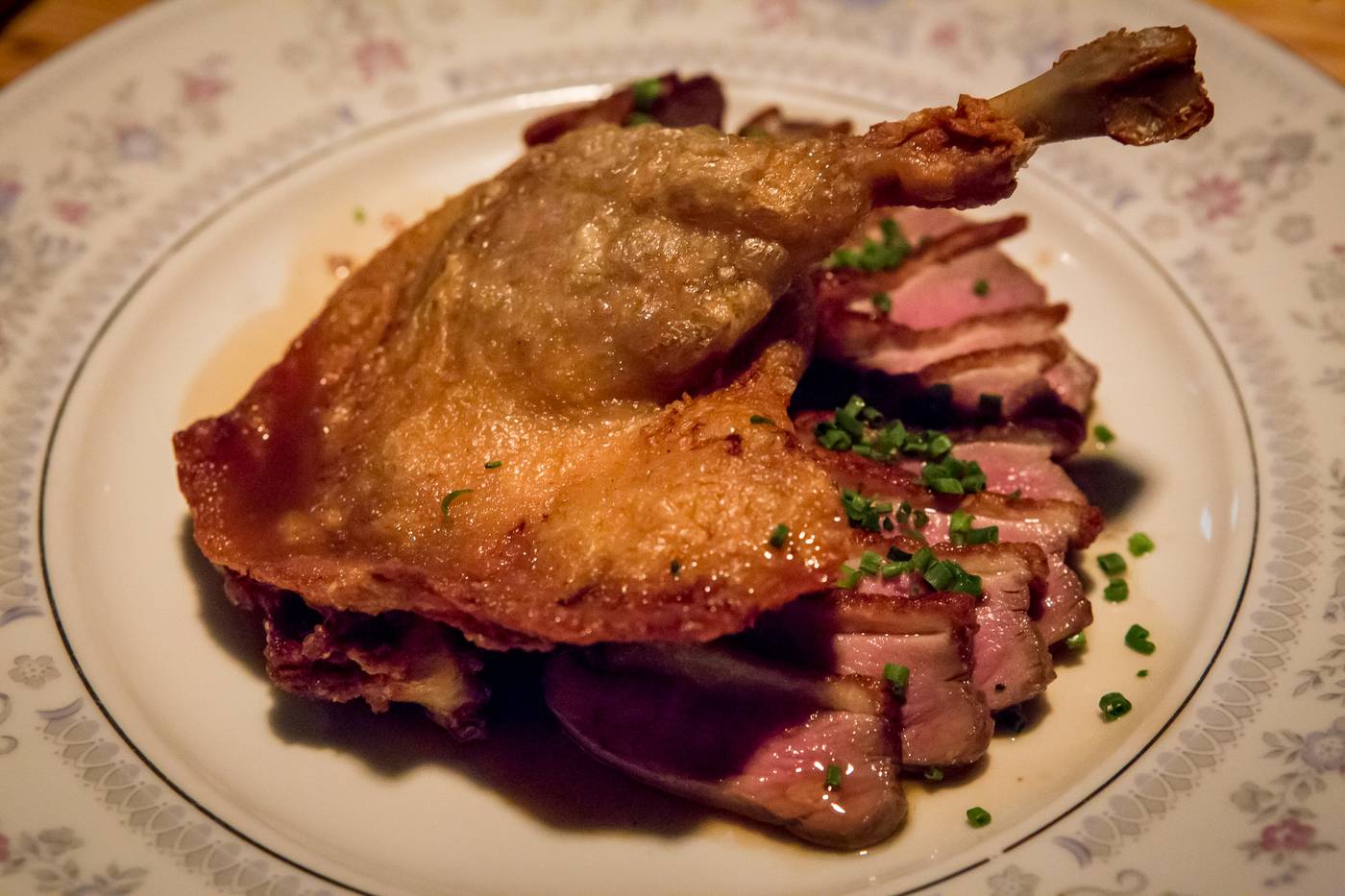 In the platters for two section of the menu duck and crepes are found, $32 for half or $60 for a whole bird. A crispy leg sits atop fattier slices of duck which you roll into teeny chive crepes with plum sauce and duck gravy. 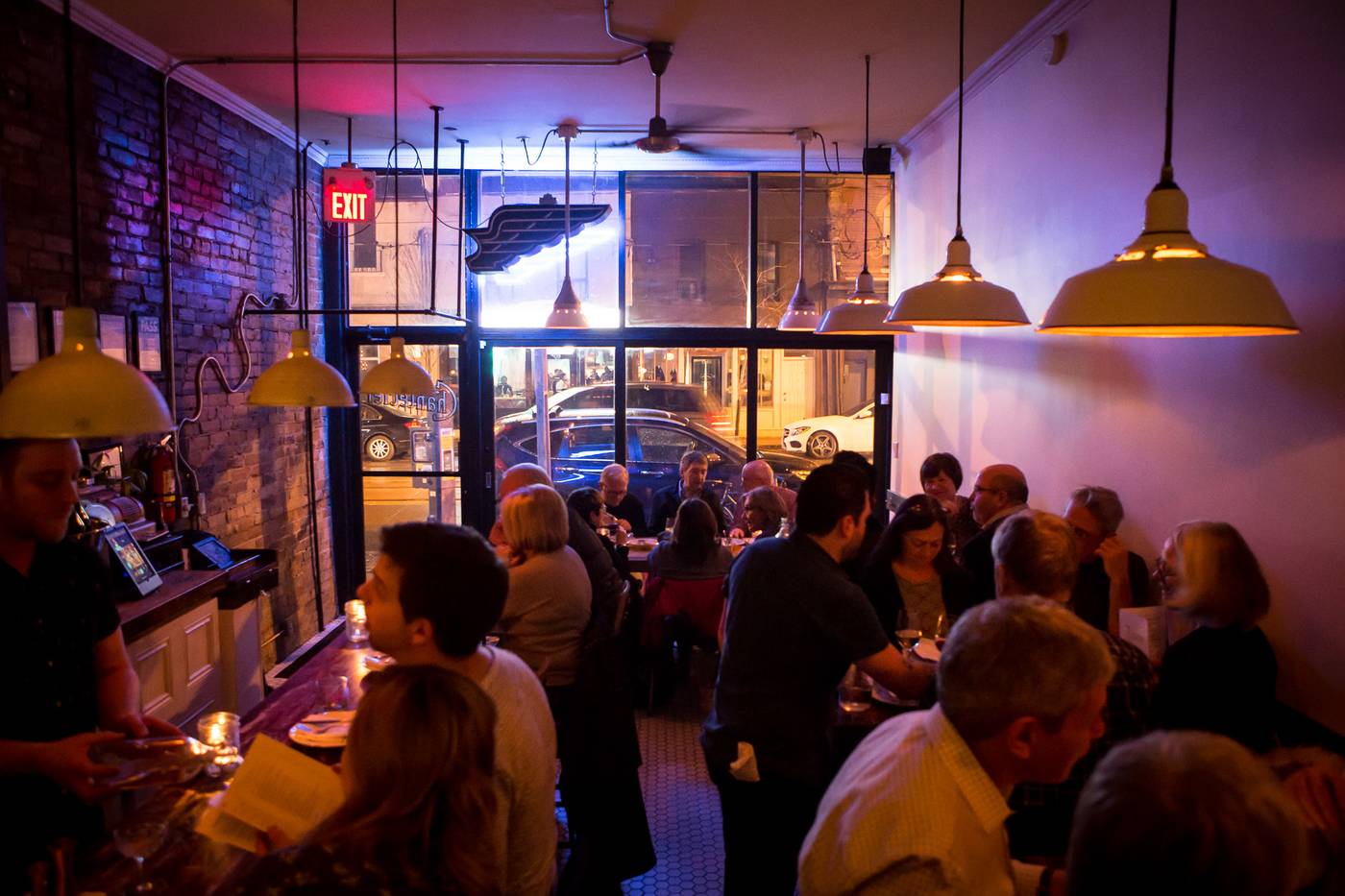 A long bar offers a fair bit of squishy seating, but there are also high tables and a long, low one at the front window that’s best for larger groups. 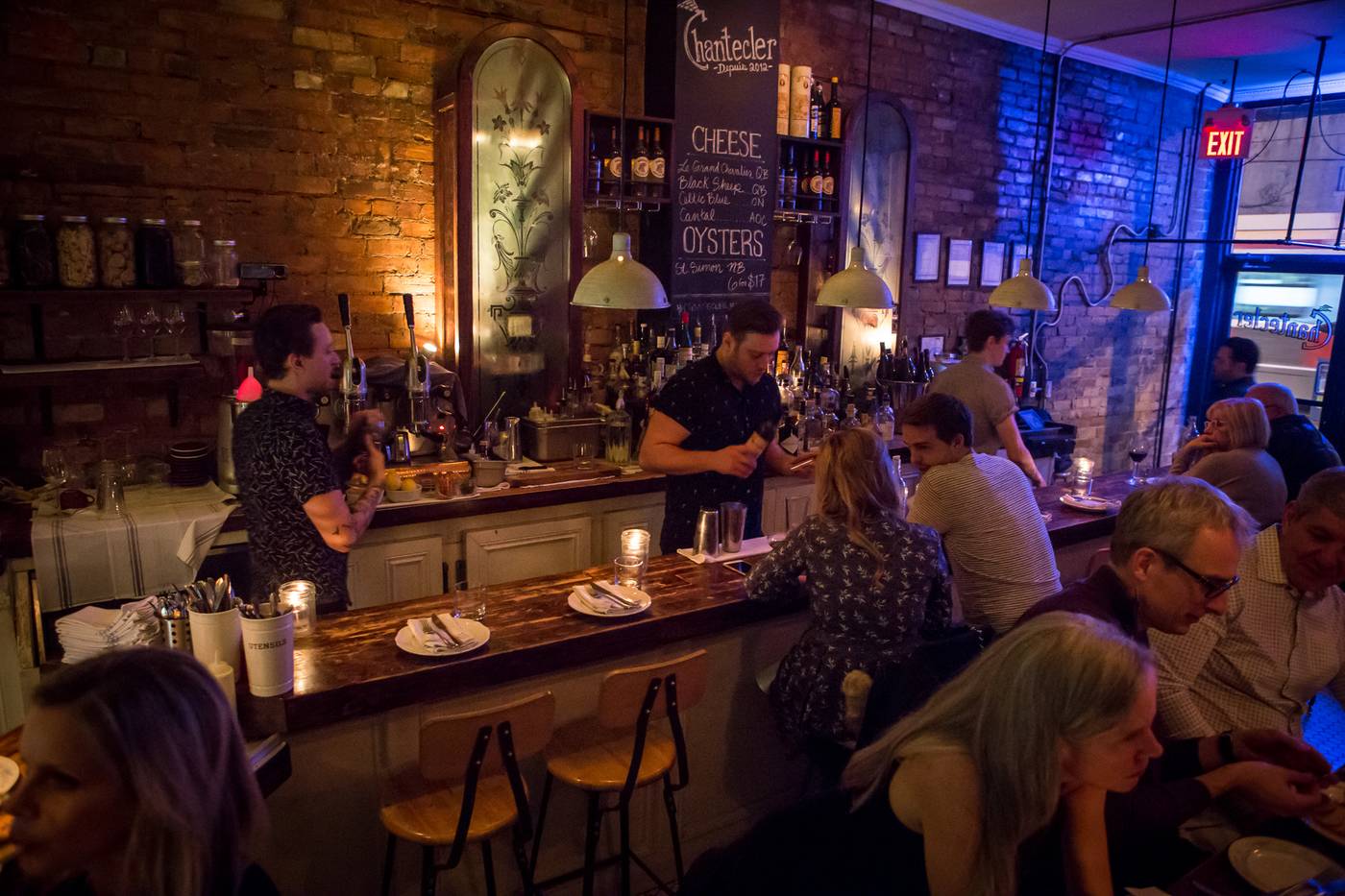 The energy is high in this low-lit space and old school hip hop is often playing, though I’ve heard The Travelling Wilburys and Neil Young blasted around last call. 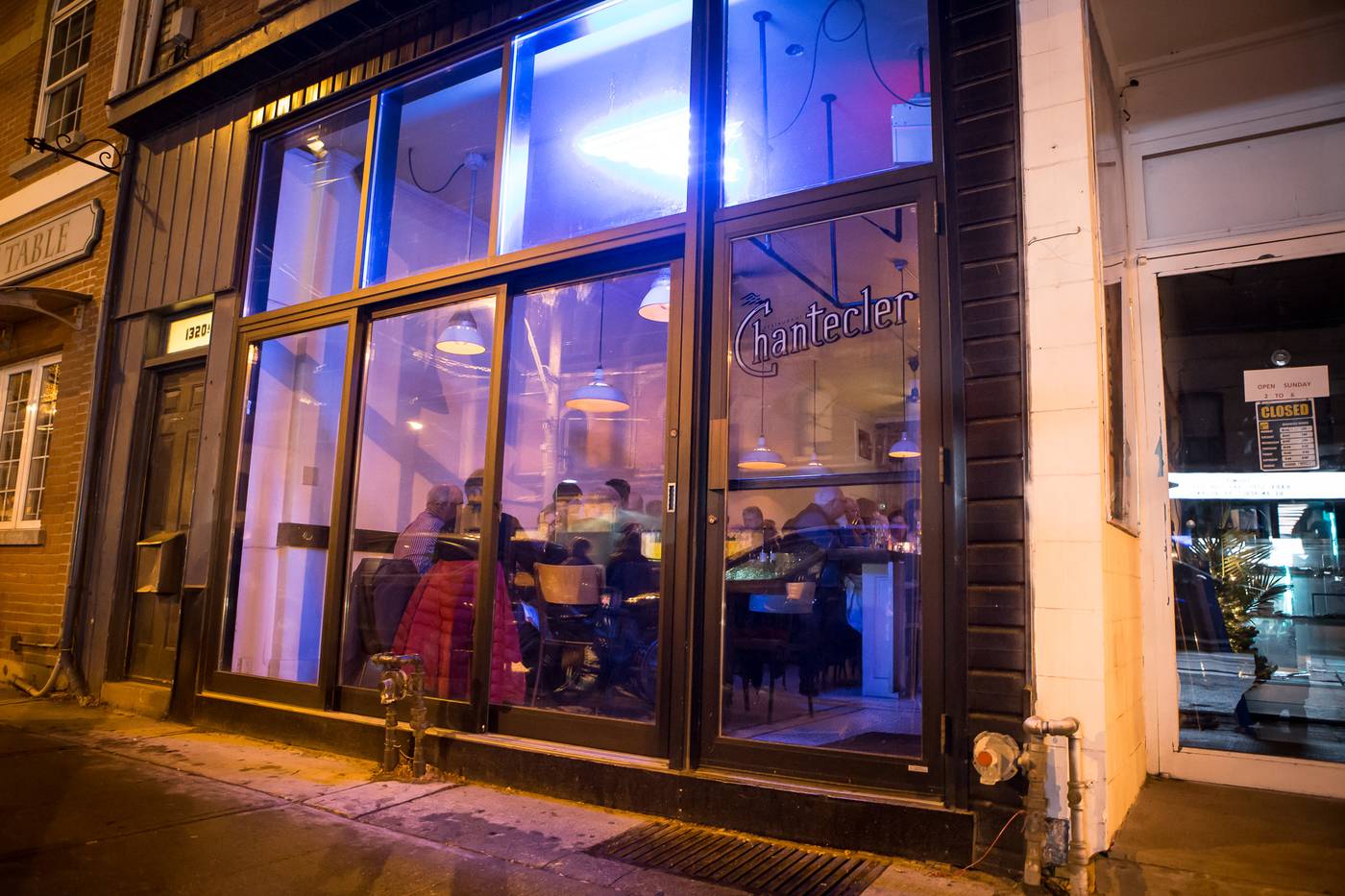