Pompette is a French term that loosely translates to the blissful state one is overwhelmed by when immersed in sensory pleasure.

More simply, it's also the name of a cocktail bar and French restaurant with a menu that honours what's local and seasonal as well as the history of French cuisine. 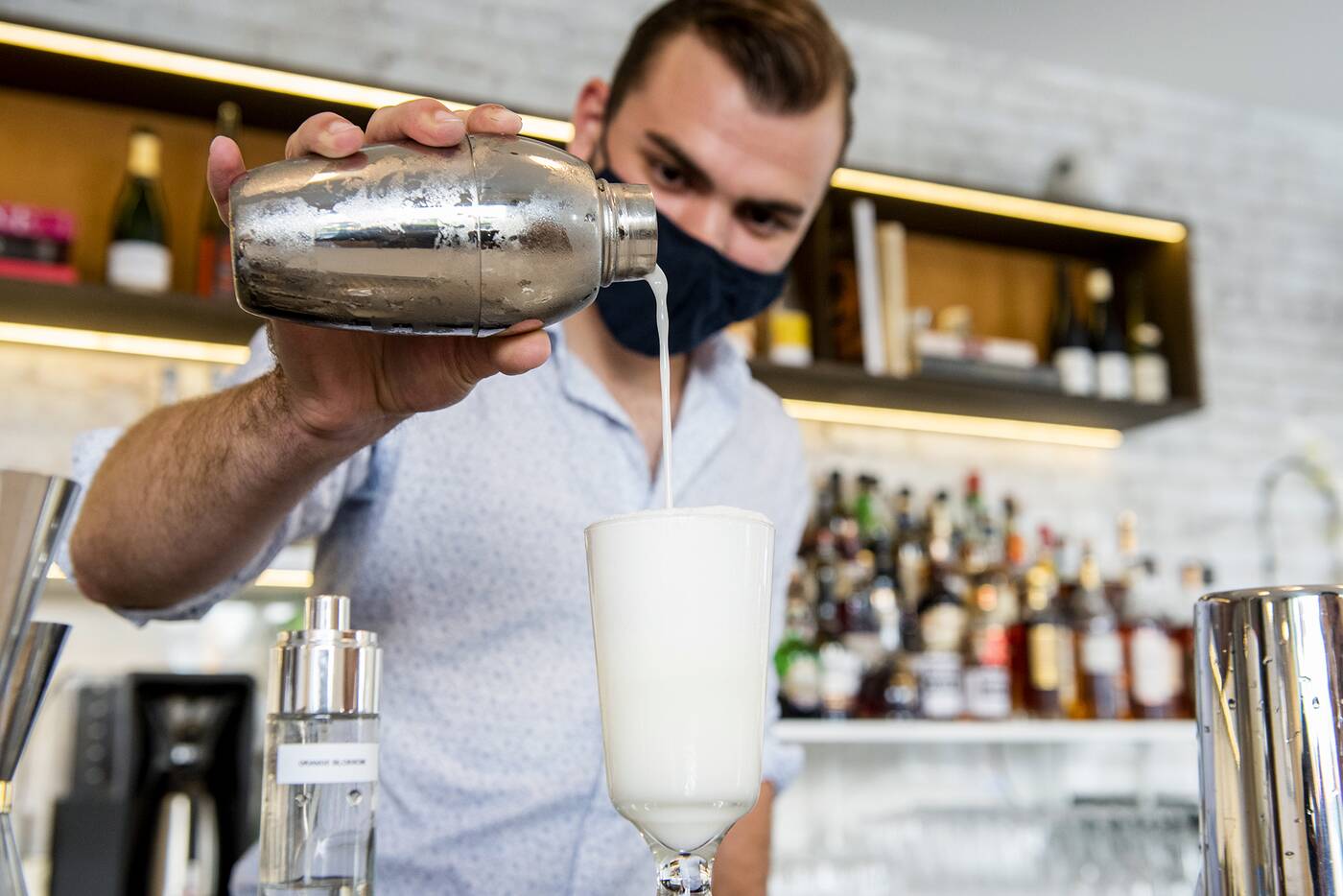 An extensive patio at the location that was a long time home to Capitol creates a blissful feeling before you've even taken a bite, with wooden benches, mobile chalkboard menus and Parisian-feeling planters. 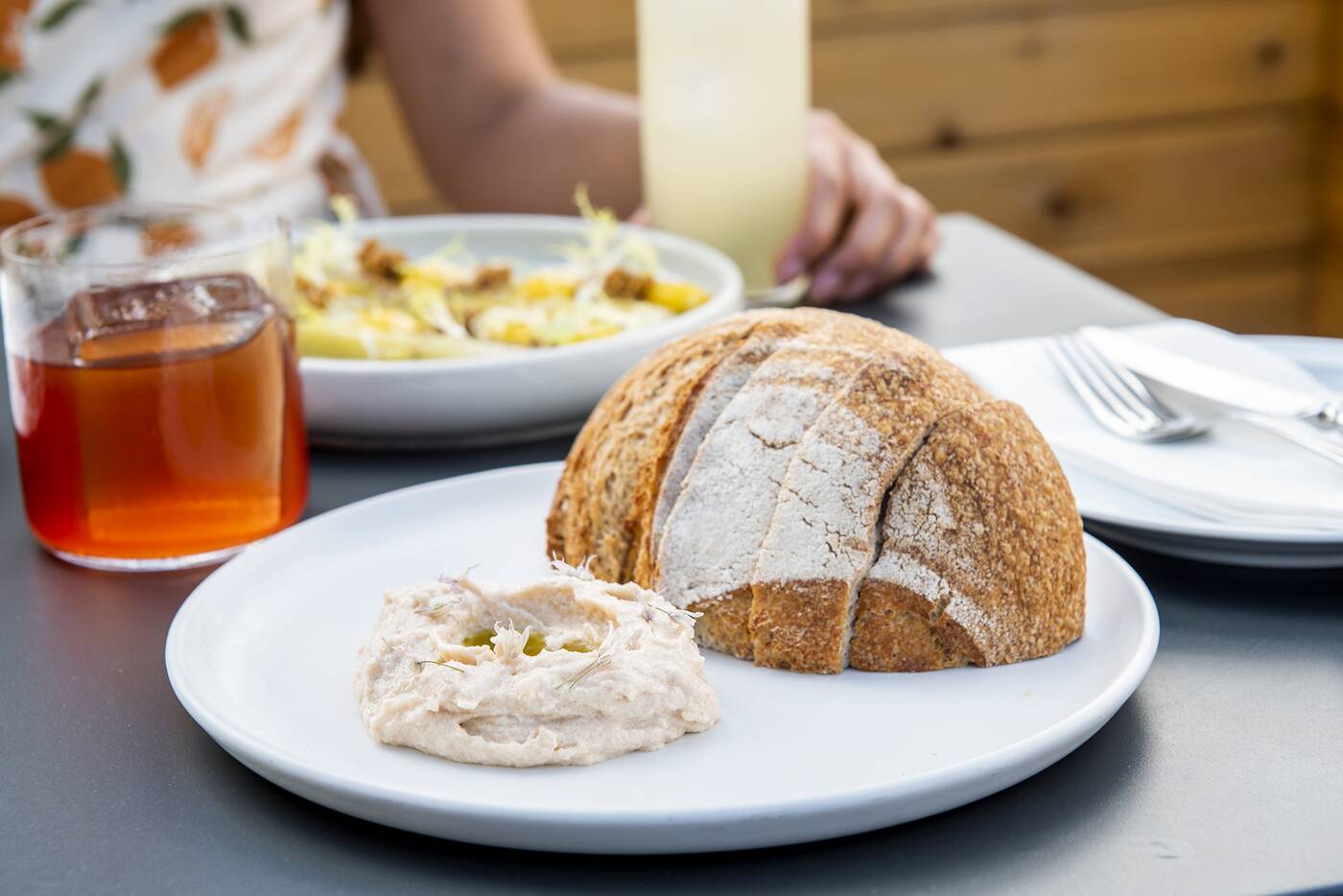 Spelt sourdough and smoked cod roe tarama ($15) are both made from scratch in house. The bread is rustic but fluffy, and the take on taramasalata (a Greek dip) is a refined perfect accompaniment, delivering on a smoky, creamy, fishy flavour. 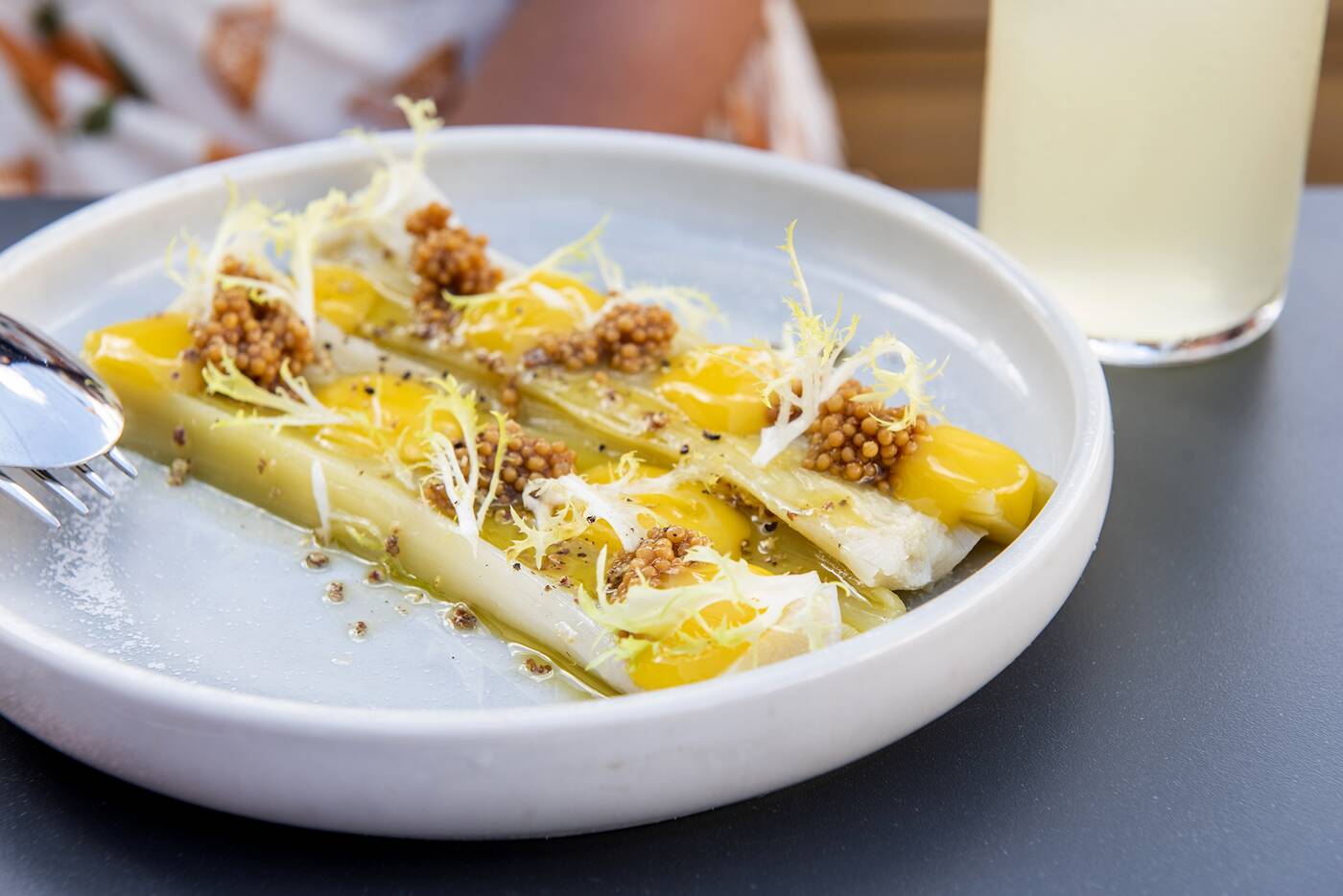 Leeks with creamy egg yolk and mustard seeds ($14) is a take on a classic cheap French dish of leeks in vinaigrette. The leeks are steamed so they shred rather than cut; gently tear one apart and bunch it up into a melty little ball to take a bite.

Pickled mustard seeds add crunch and acid, and egg yolk that looks raw has actually been pasteurized by cooking at a low temperature for an hour, so it lends an intense creamy, custardy element. 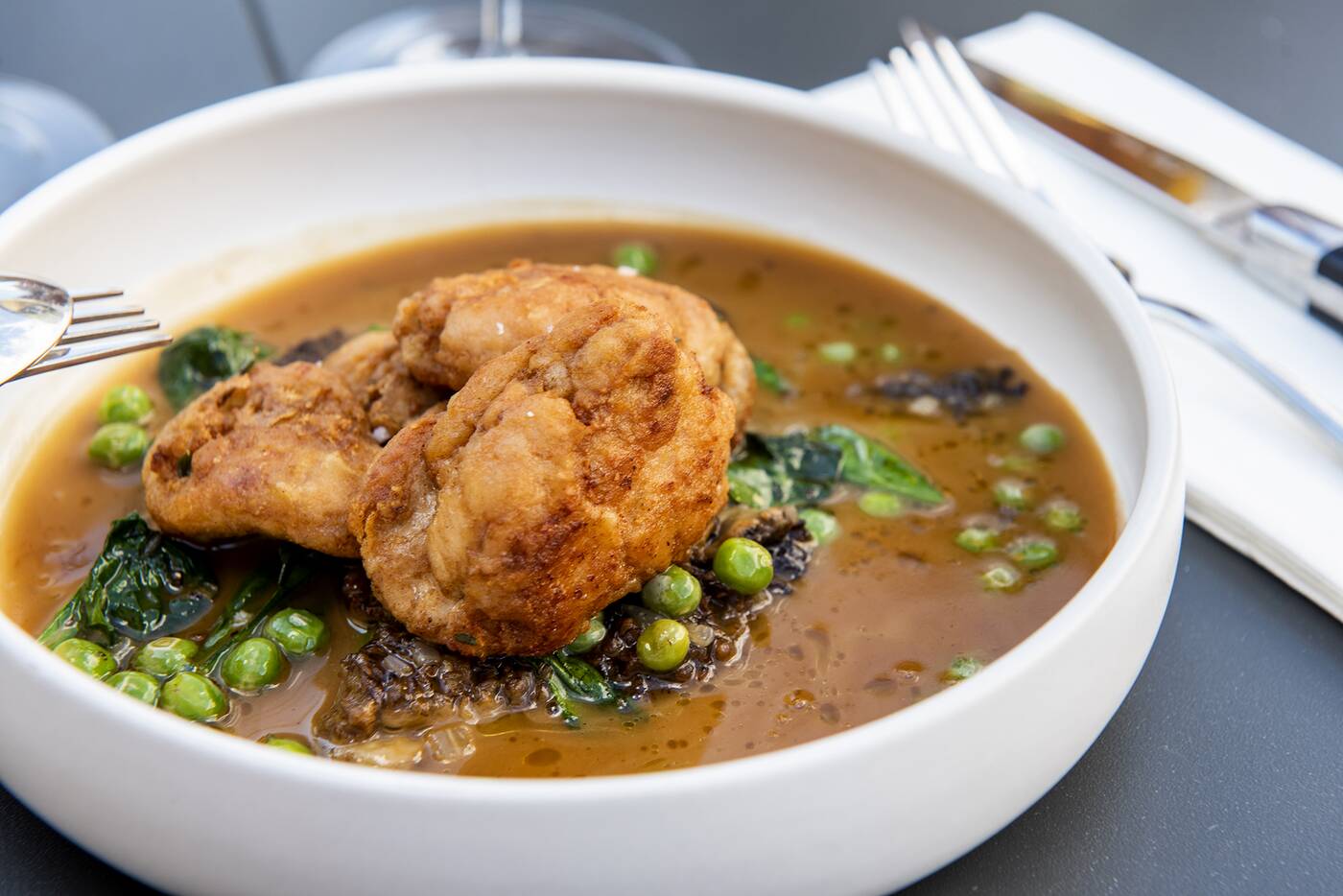 Mains like a dish of sweetbreads with morels and fresh peas ($35) change up more regularly while dishes like the leeks and other standards such as pate en croute can be expected to stay on the menu.

While the portion size may seem smaller visually, the Ontario sweetbreads are surprisingly hearty. Perfectly pan-fried with flour and lots of butter, they're crispy on the outside, tender on the inside and not at all chewy.

Sweet, crunchy little peas are also from Ontario, and spongy, meaty morels from BC soak up a bold slow-cooked gravy with lots of body. 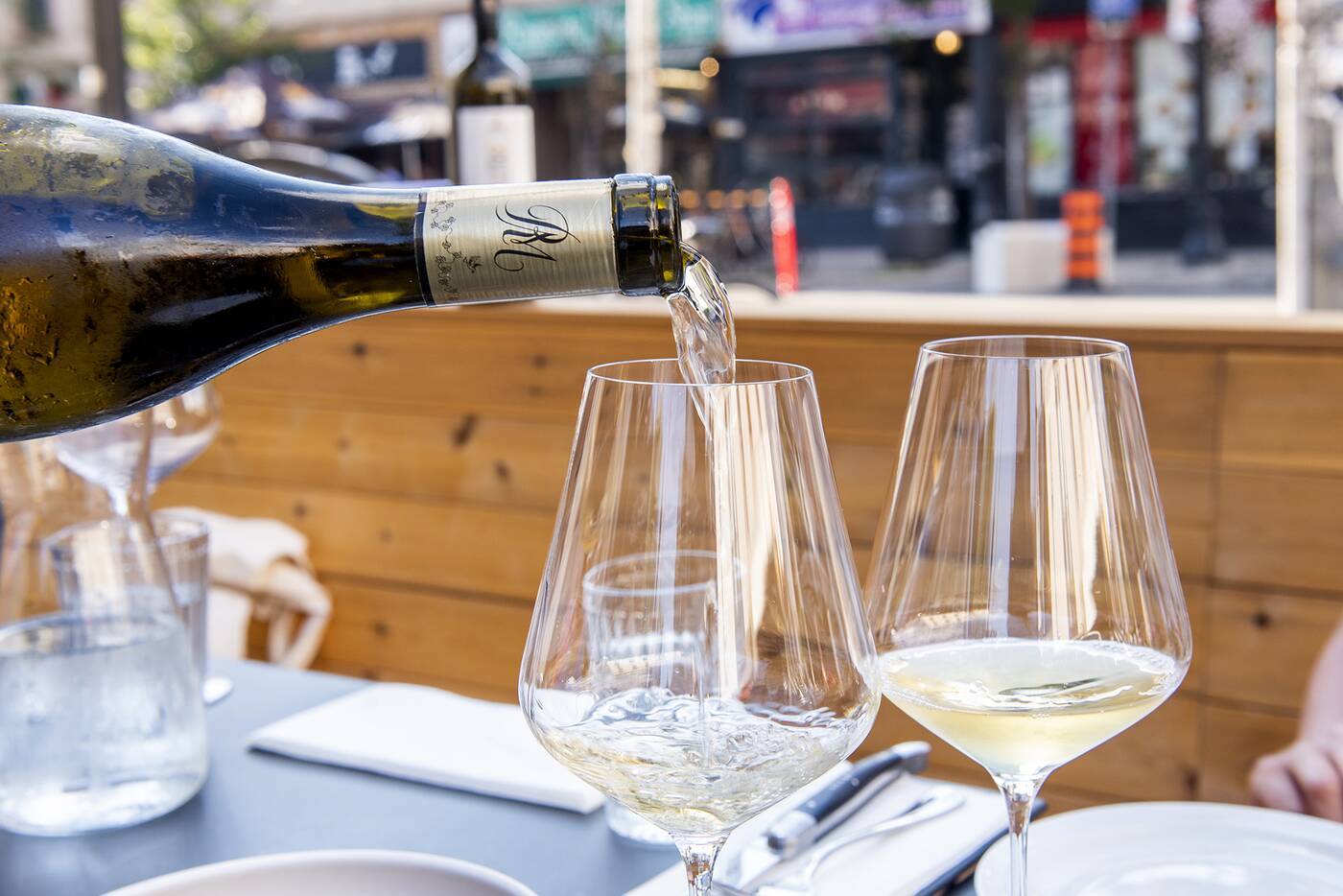 This is paired for us with "Inopia" from Rhone ($83 for the bottle), the light meat and soft mushrooms good with the white wine, adding a final lift to the whole combination. 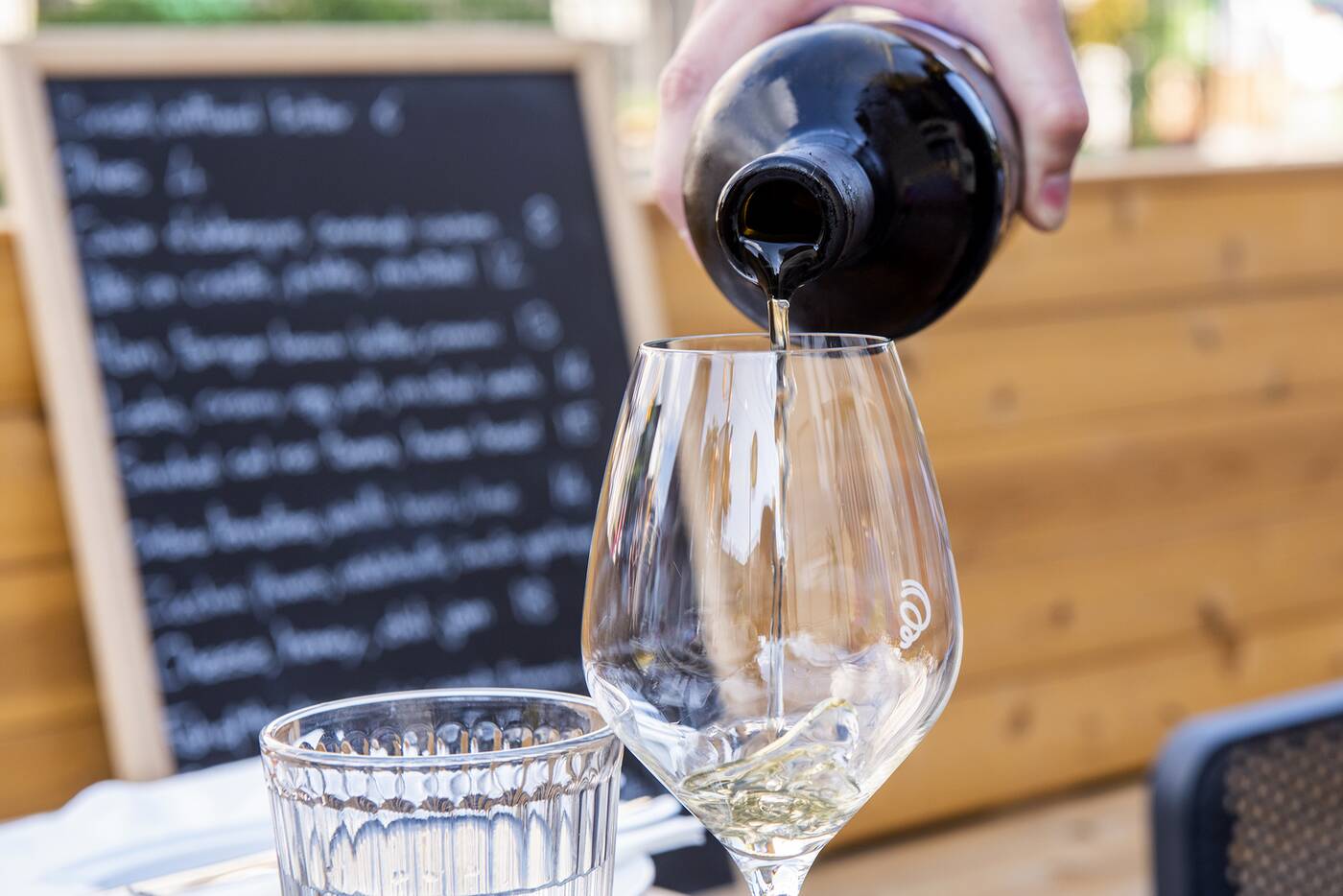 A list of almost 300 wines mostly consists of old world selections, but has Ontario wines as well and mainly strives to showcase producers. 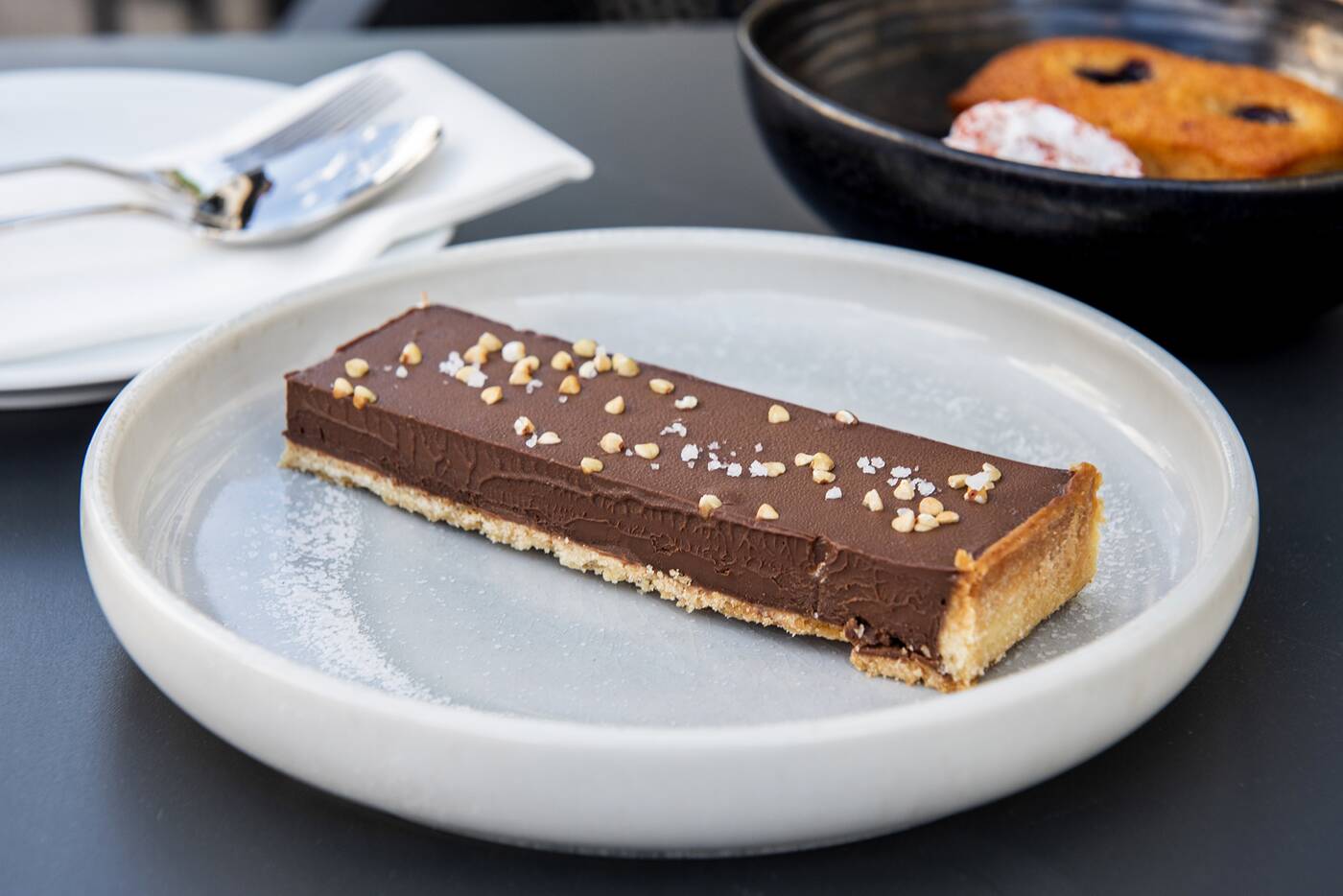 Desserts ($9) change on a near daily basis, one of today's a sinful 64 per cent dark chocolate tart with an almond base and buckwheat groats on top. 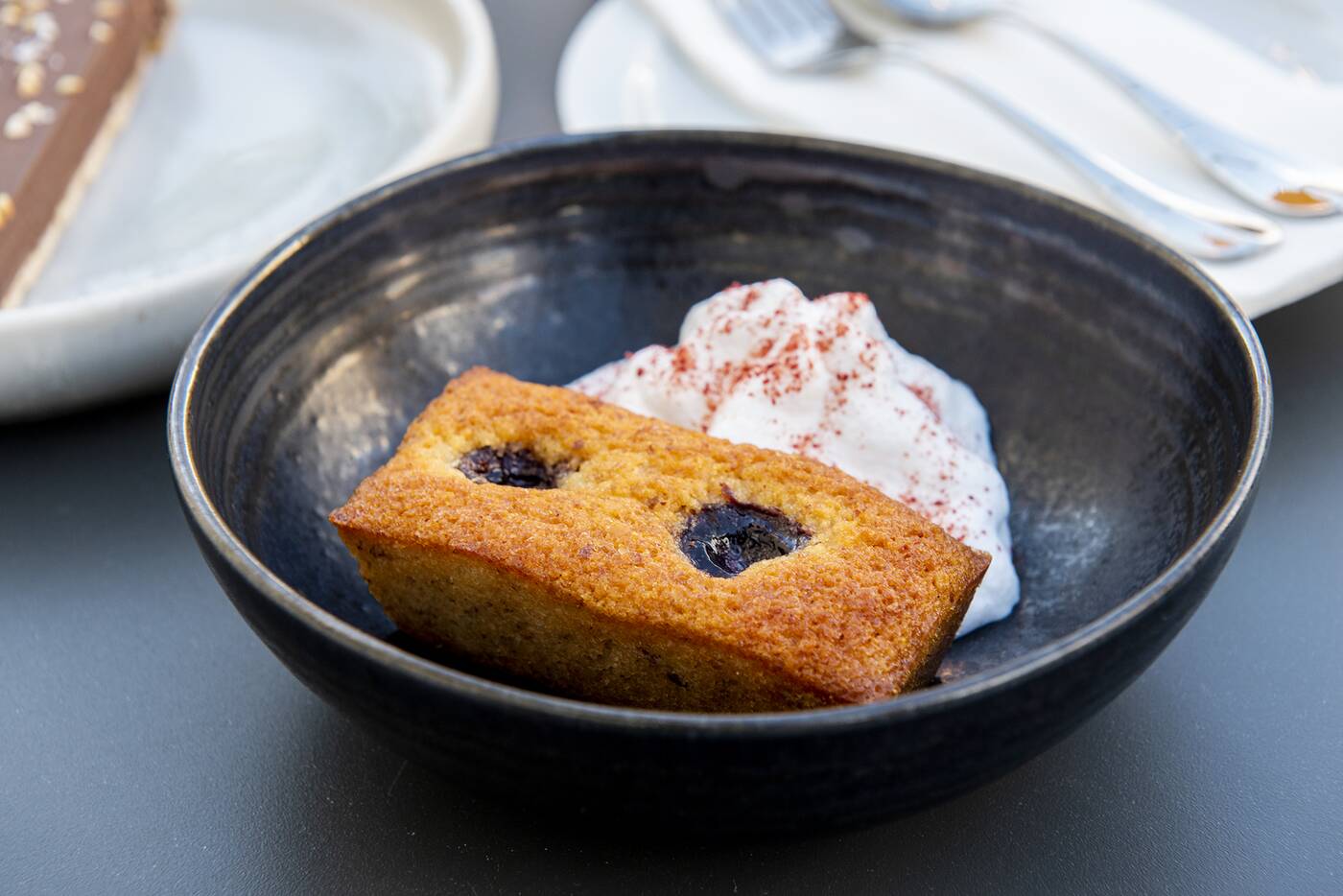 The other is an Ontario cherry brown butter financier with a coconut Chantilly. 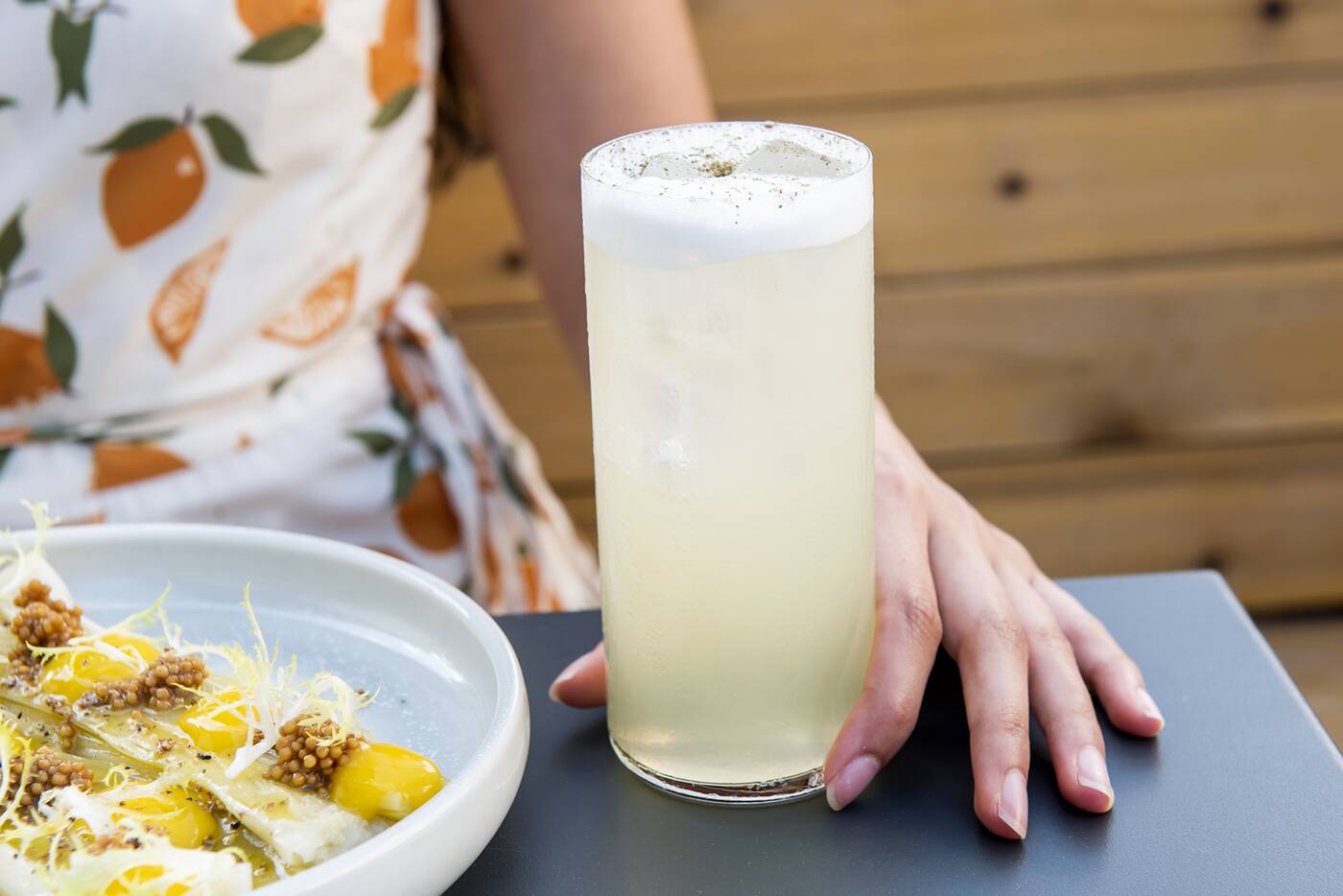 A Nitro Colada ($15) is made with ridiculously fresh pineapple juice, house falernum, coconut water and milk and rum, and is topped with curry leaves. 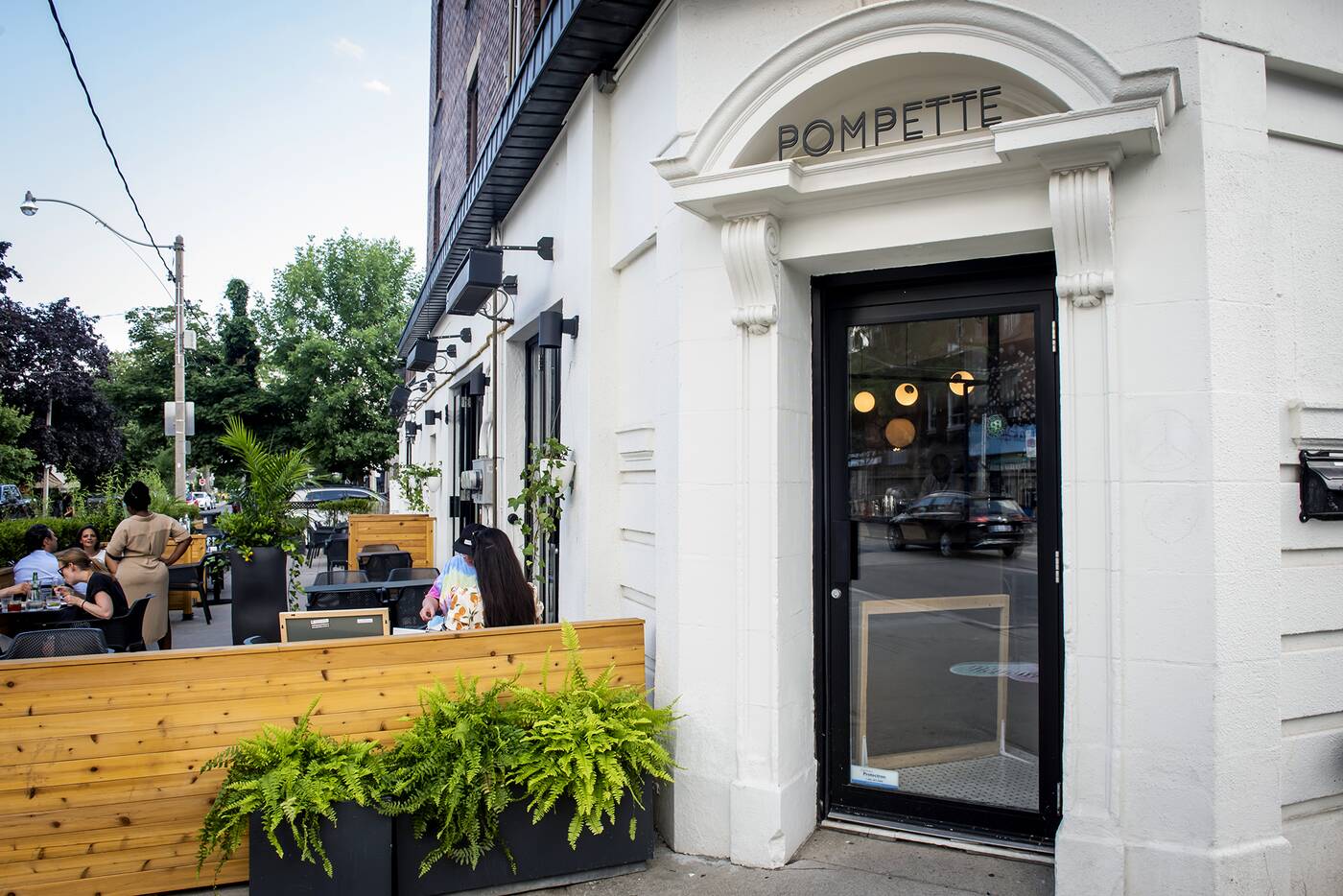