Chimac serves Korean fried chicken mountain-sized sharing portions. It’s based off the Korean “anju” tradition of evening drinking and snacking. They supersize soju cocktails, the typical libation for such an evening, and also do fusion dishes.

The name comes from the Korean “chimaek,” a combination of chicken and “maekju,” beer. In an area heavy with takeout options and bars with cheap food, this place made the switch from one to the other by turning into Chimac from a Thai One On location. 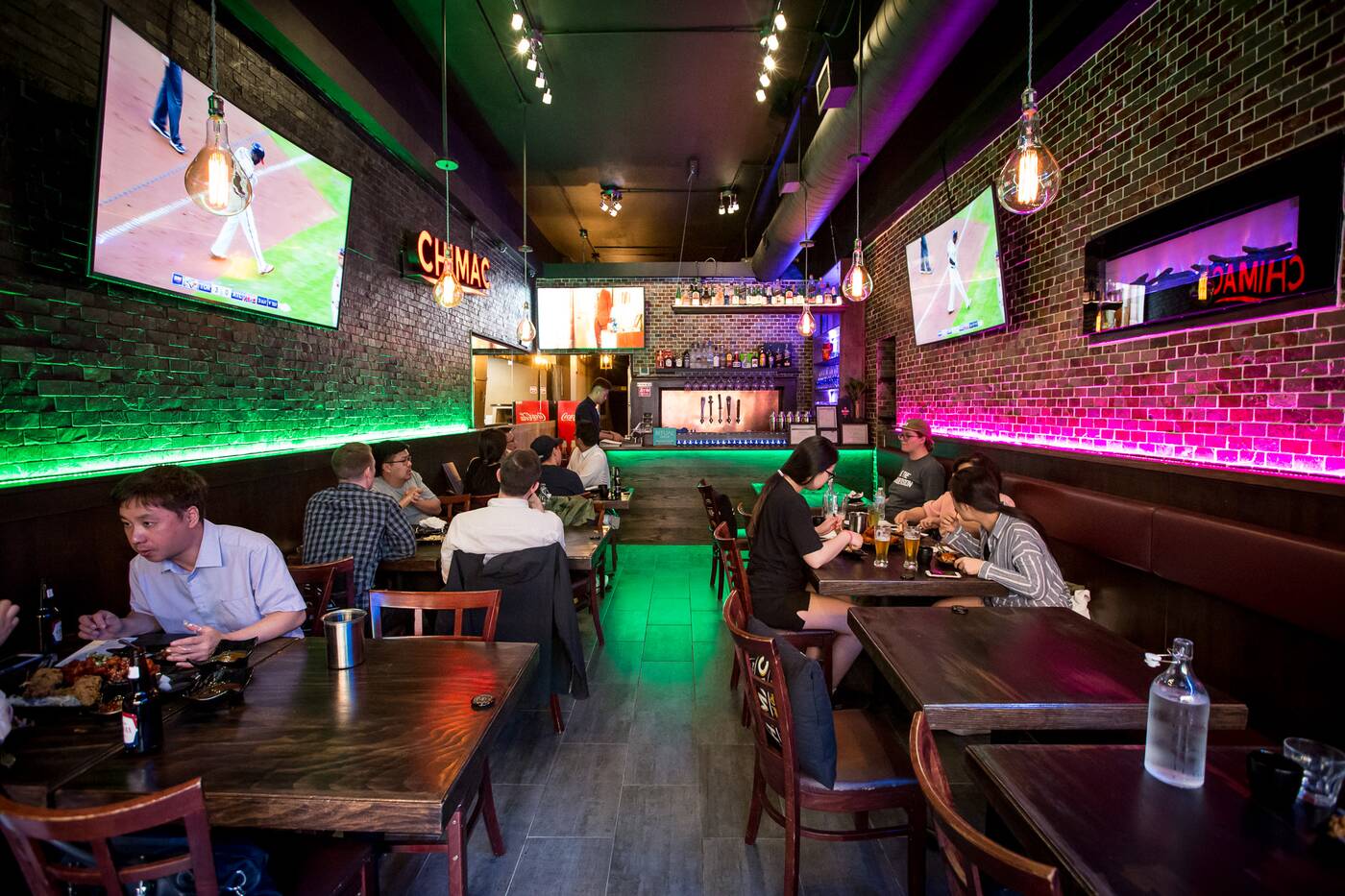 It’s dim with a slightly clubby feel in here, where they often stay open until midnight or 2 a.m. TVs play K-Pop videos, adding to the atmosphere. 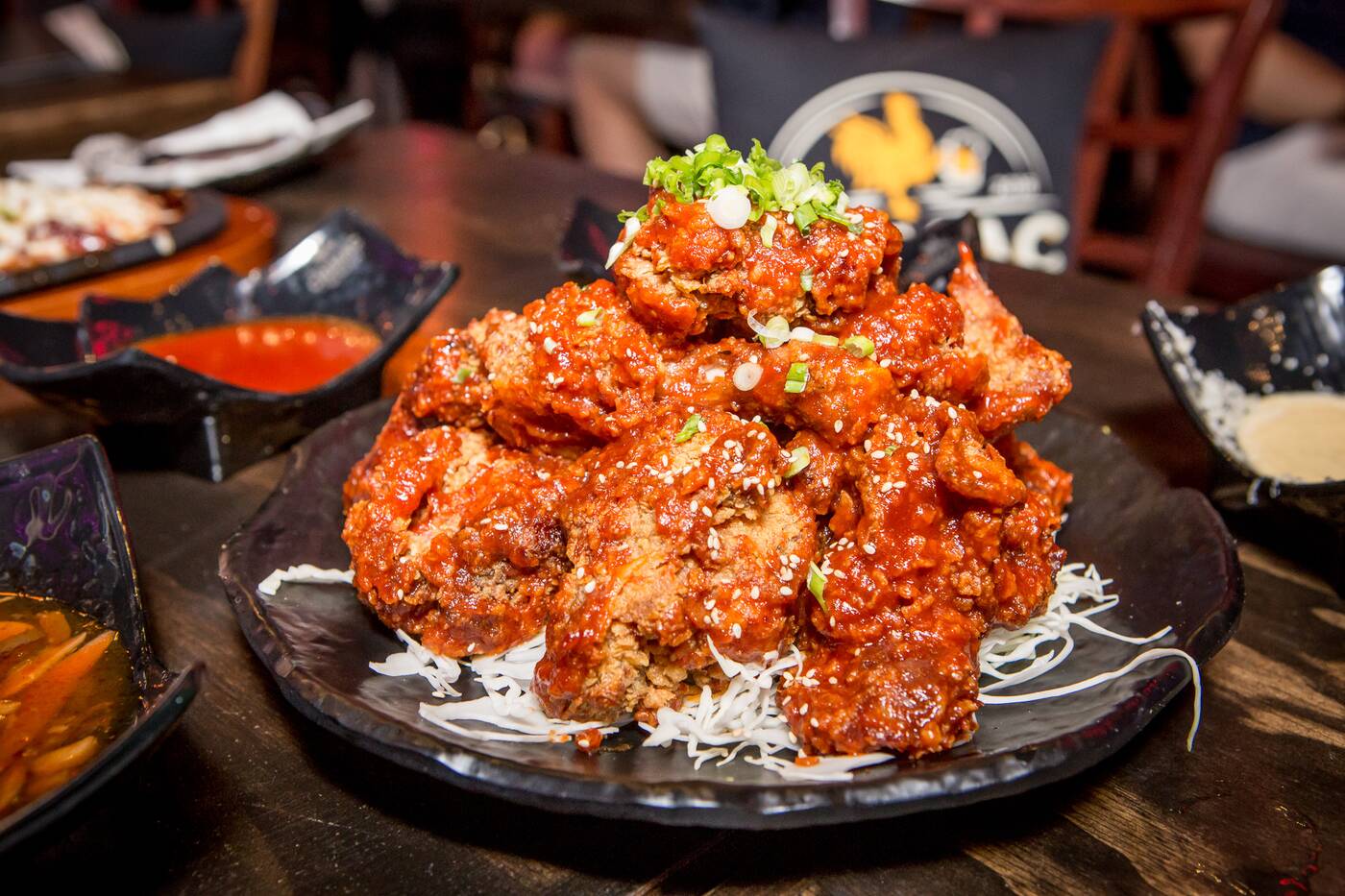 Then you decide if you want white, dark, or a mix of meats. Dark is the cheapest for an additional $2 as opposed to white for $4 for a two-person portion. 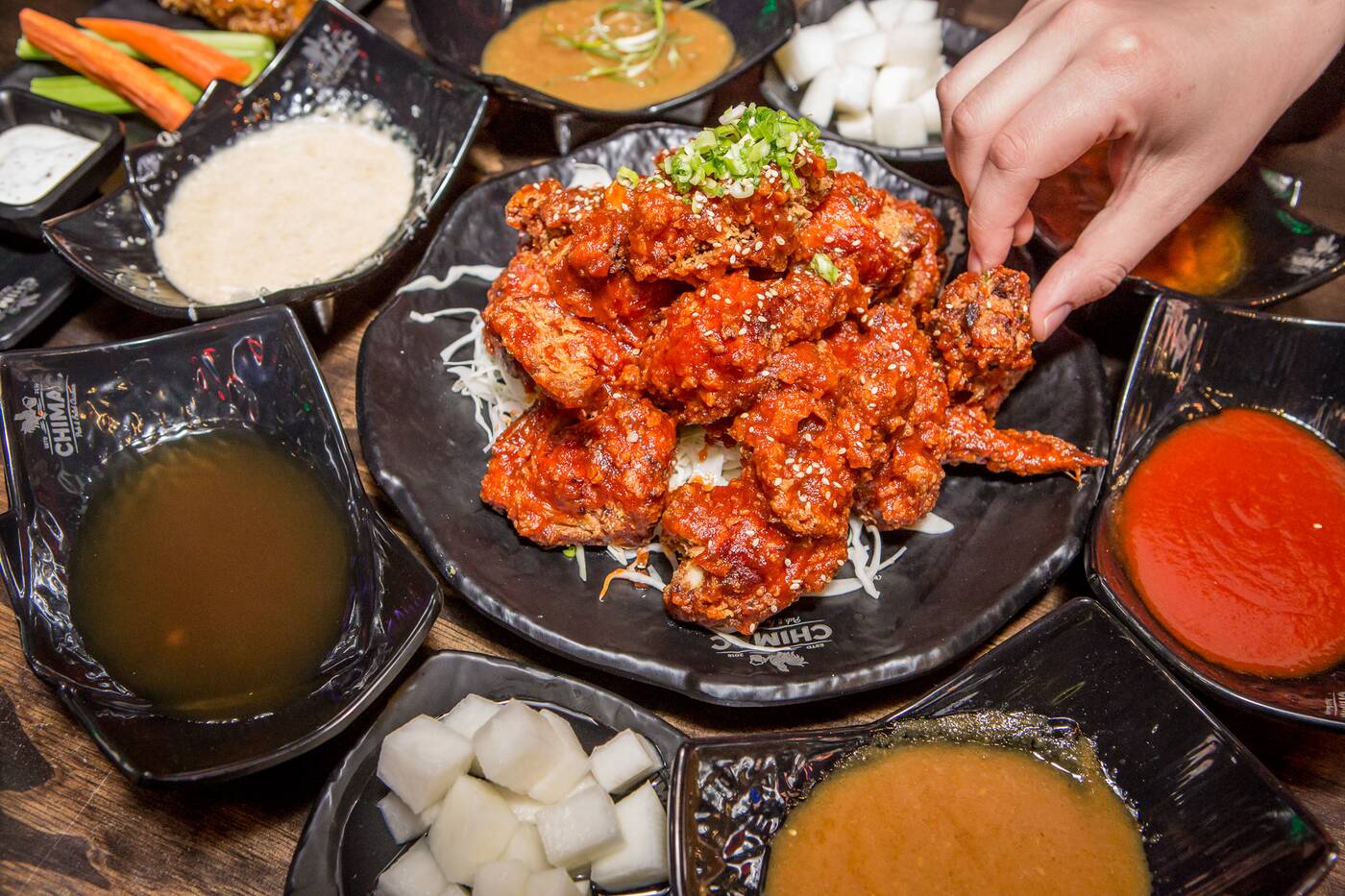 You can get it plain with no sauce or get your sauce on the side, or for an extra messy, sticky experience you can get it smothered in your choice of eight sauces, including garlic, soy garlic or even alfredo. I recommend the spicy and reasonably priced Korean yangneom sauce or Mexican chili sauce. Sides of pickled radish balance the heat. 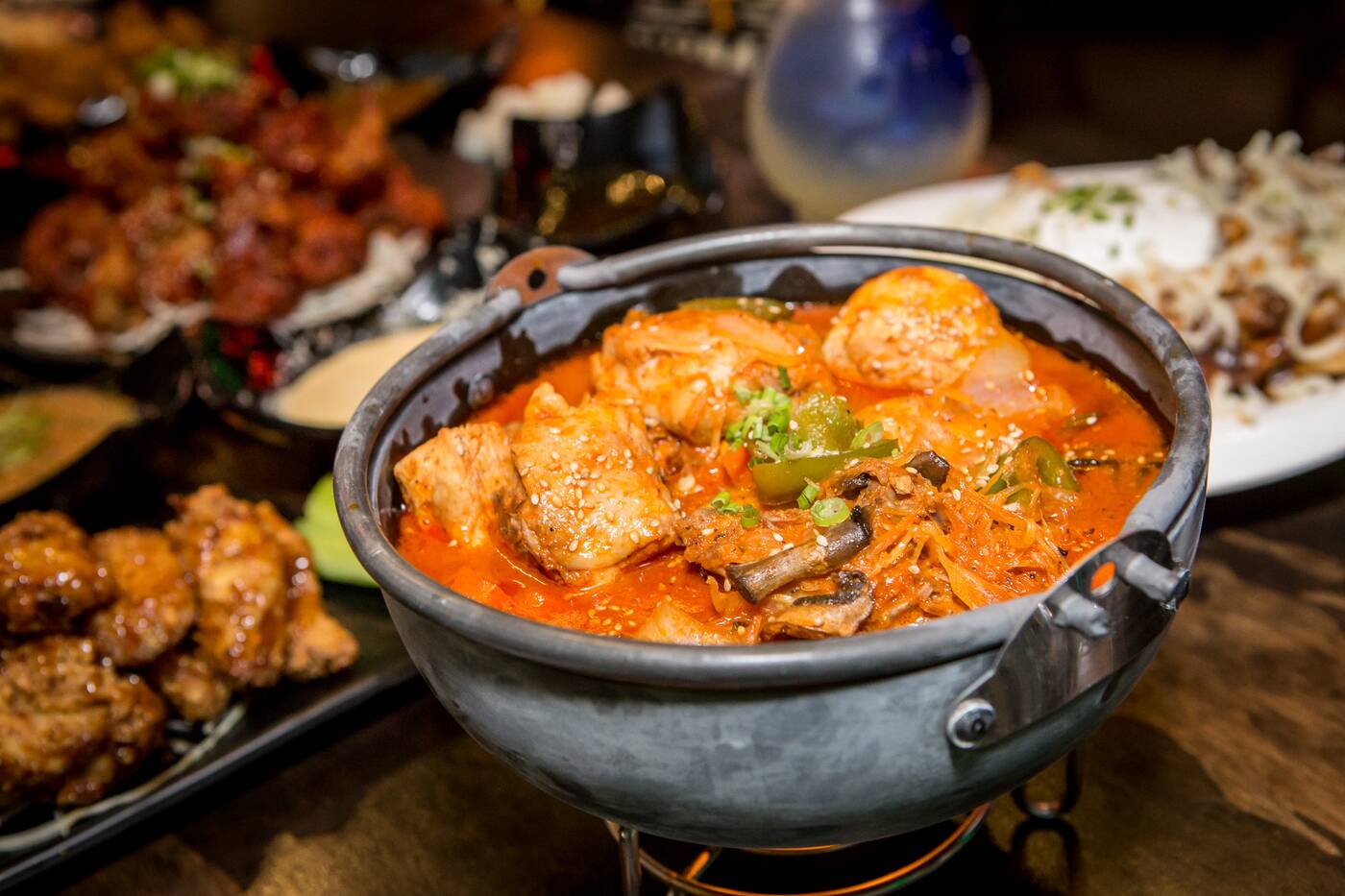 Spicy dakdori tang ($26.99) is a large chicken hot pot that’s served bubbling over a burner at your table. Veggies and sesame seeds mingle with juicy chunks of chicken/ 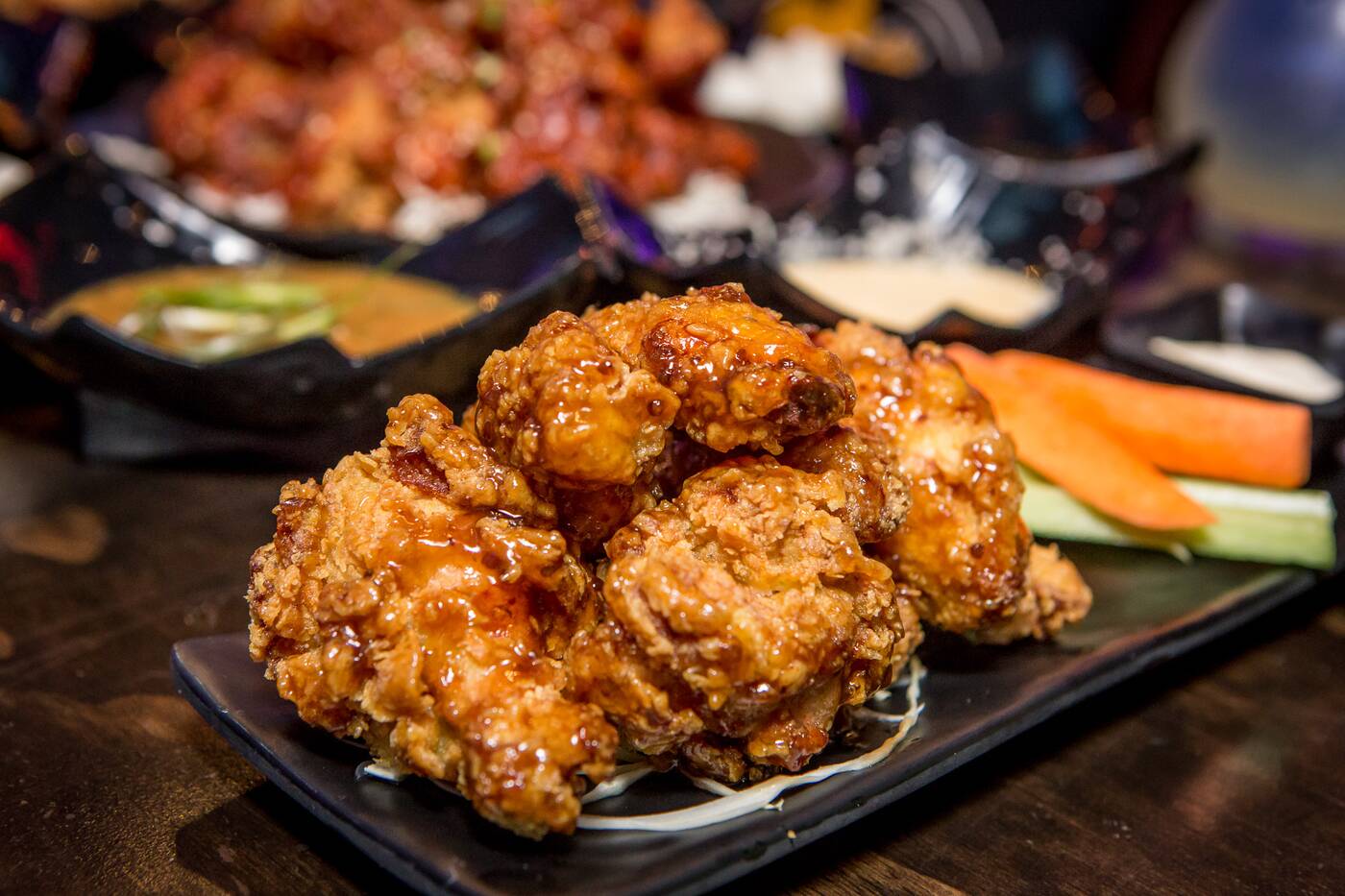 Wings still offer a ton of customizable choices, but a bit simpler and more accessible, with options of one or two pounds of breaded ($15.99/$20.99) or unbreaded ($13.99/$20.99) wings with your choice of wing sauces like lemon pepper or BBQ or any of the fried chicken sauces. The honey garlic I opted for was sweet and familiar. 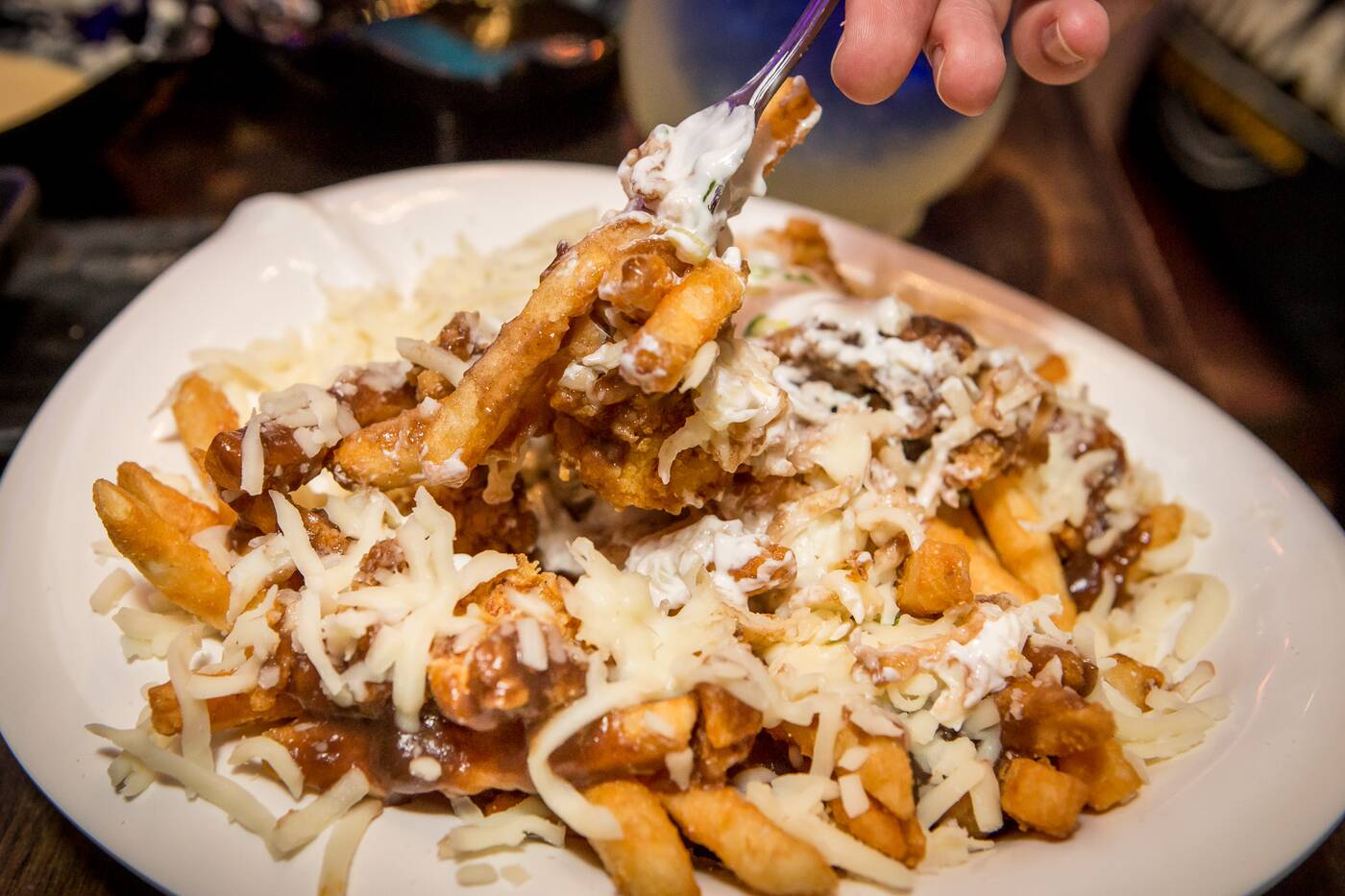 Chicken poutine ($11.99) probably isn’t giving the nearby Smoke’s a run for their money any time soon, with shredded cheese instead of curds and relatively soggy fries, but I can see this cheesy fried dish studded with nuggets of crunchy chicken saving me some late night on Queen. 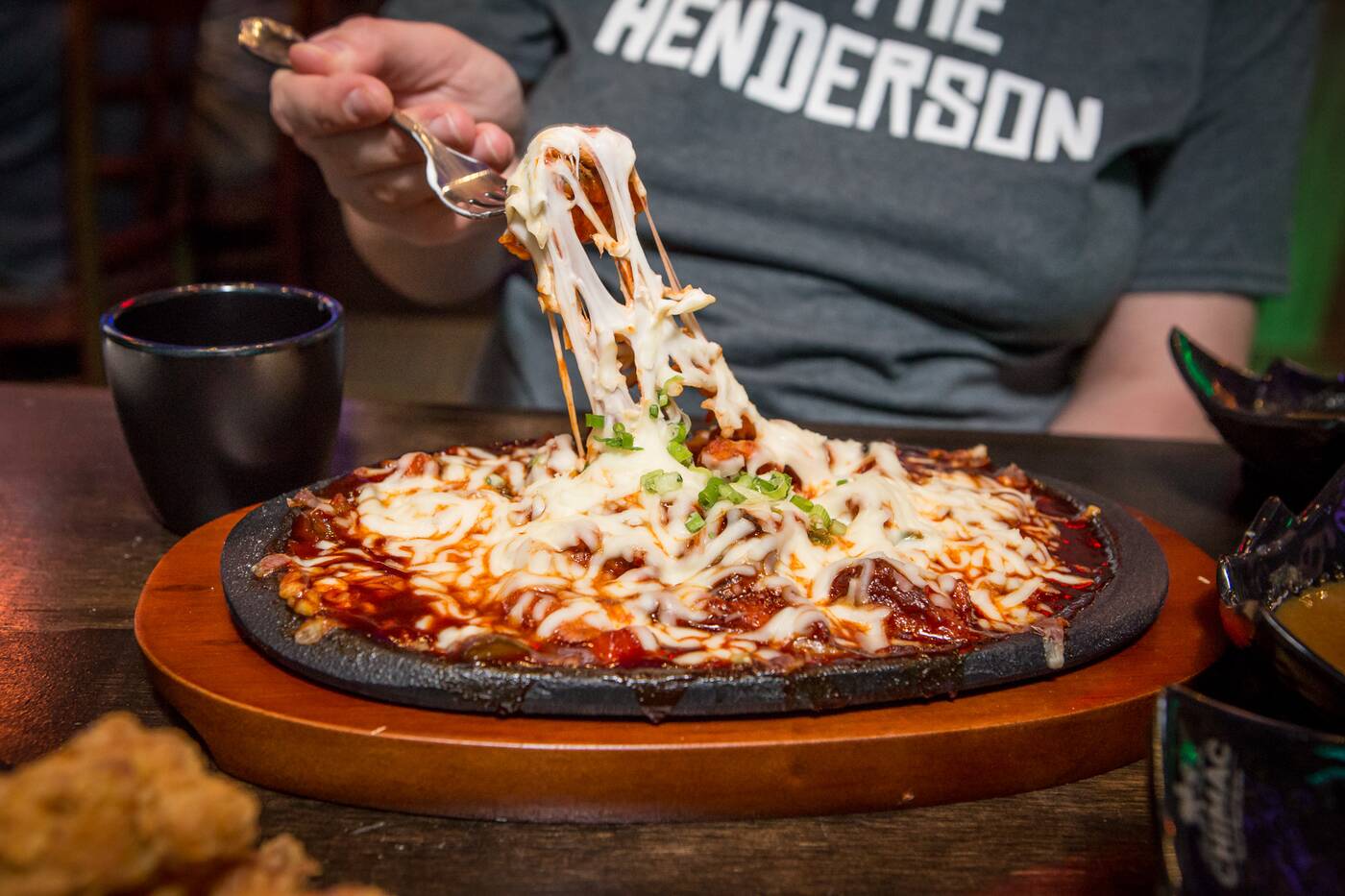 Cheese buldak ($11.99) is a wildly cheesy spicy chicken dish made with a thick layer of stretchy mozzarella hiding chicken doused in a pool of spicy red sauce. 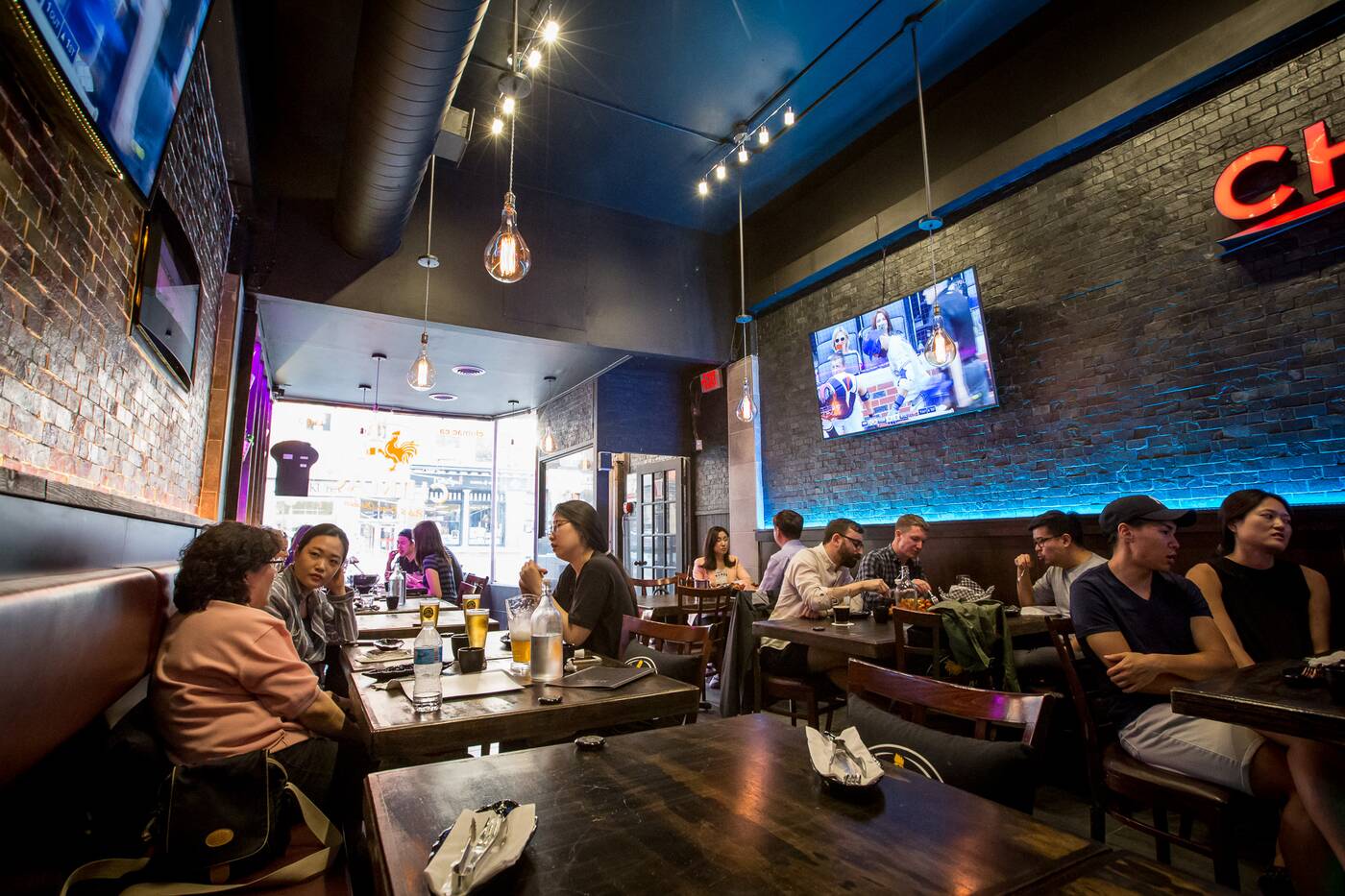 This is a dark, casual, fun late night spot where you can depend on a huge portion of Korean fried chicken at a late hour. In a city where sharing menus are becoming increasingly frilly, it’s nice to see a relaxed place where you can still casually bond over fried treats. 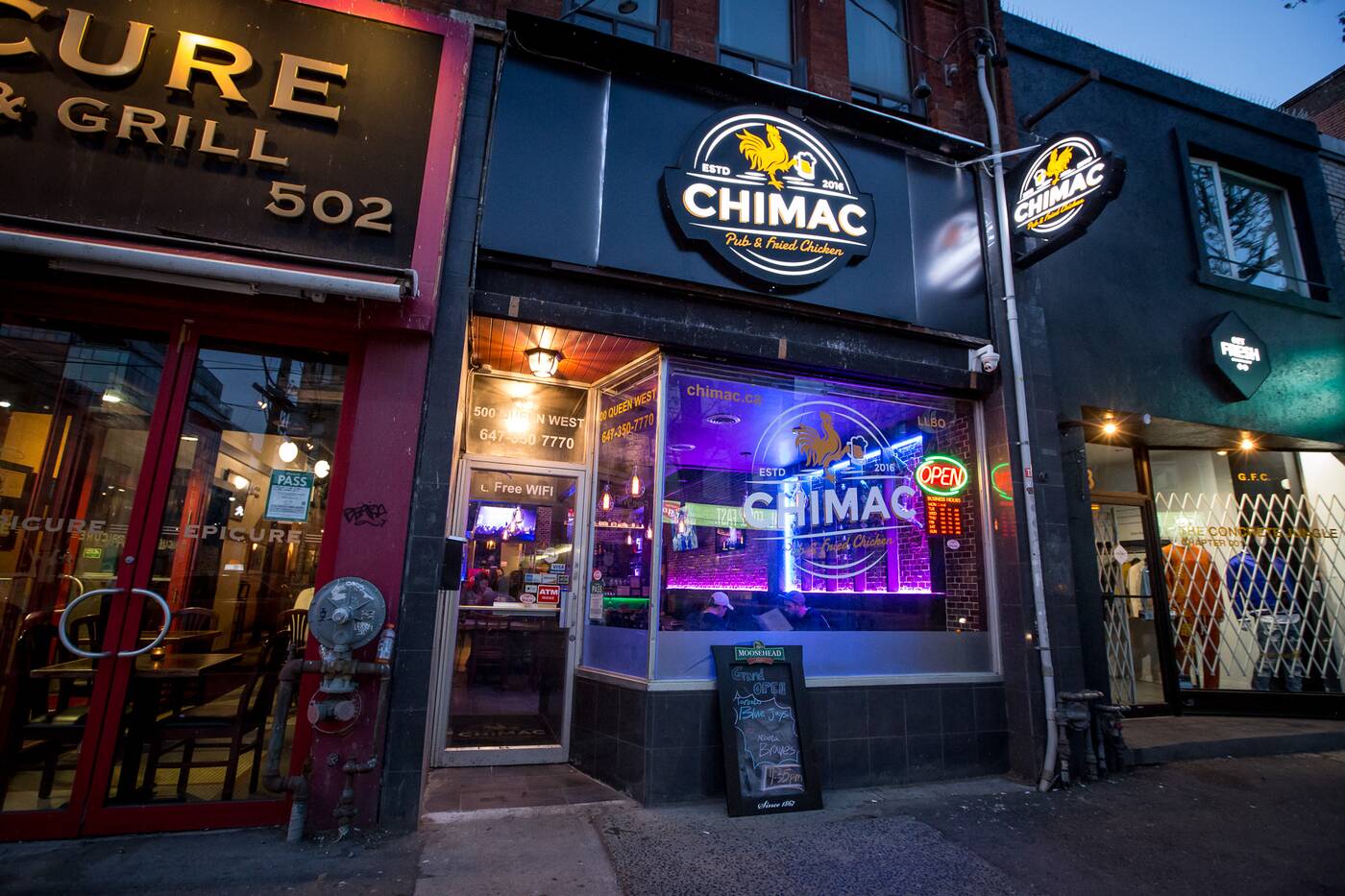