Alexandros Take Out has been in business for over 20 years, it was the first Greek restaurant in Toronto to introduce Gyros on their menu.

Gyros in English means "to turn", it's a popular dish in Greece traditionally made with lamb that cooks while spinning on a pole inside of a vertical broiler. 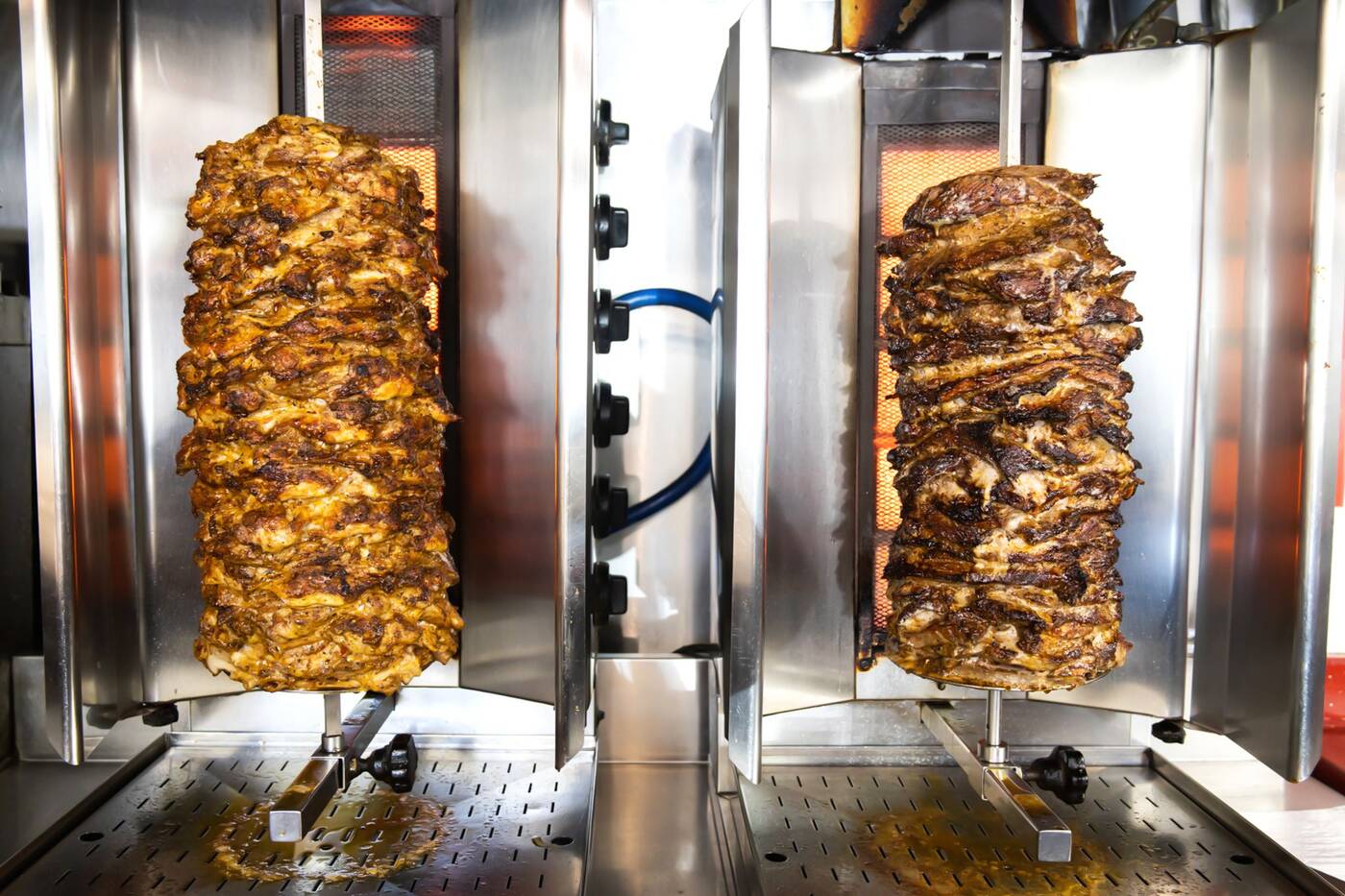 Alexandros first opened on the Danforth in 1997, but since then a chain has grown, now there are three different locations across Toronto, with a fourth store in Hamilton, Ont. 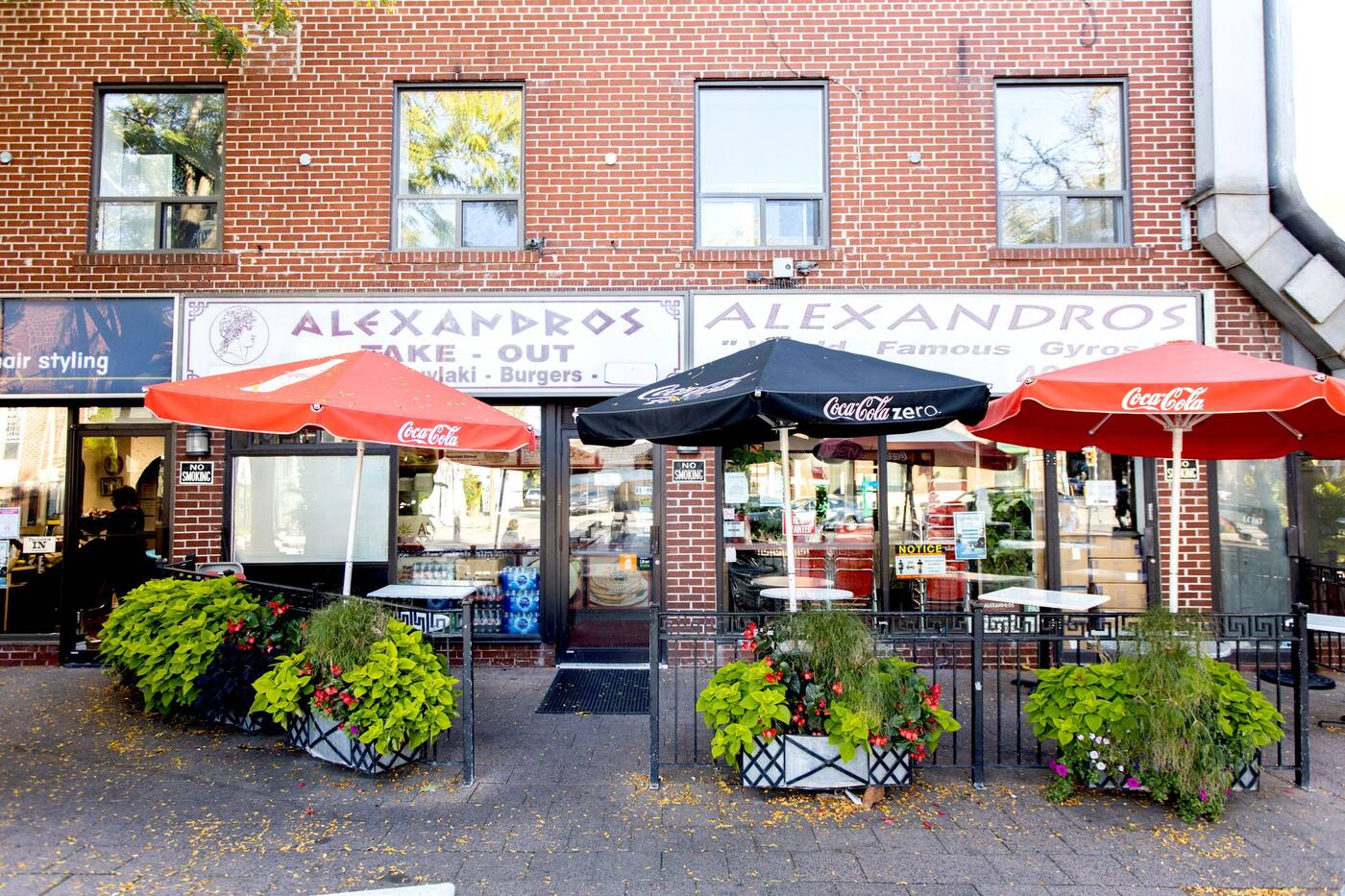 When Owner Angelo Velonis started selling Gyros for the first time in Toronto, people would wait in long line-ups down the road, just to try the dish. Greek people were particularly excited to see a popular food from back home being available in the city they lived in now. 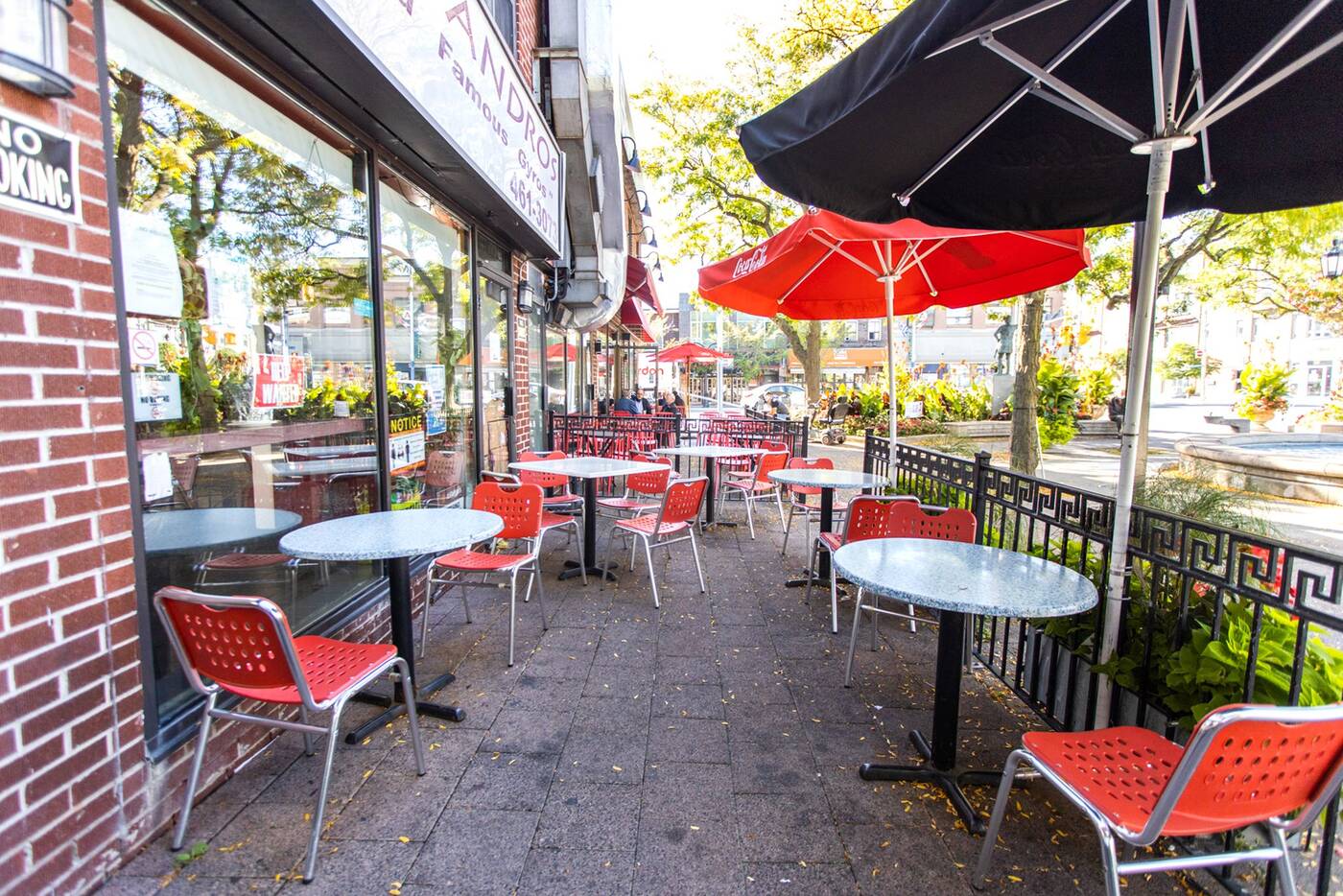 Throughout the years, Alexandros has been an anchor in the Danforth and Greektown communities. Into the early 2000's, it was a favourite among club-goers in the area, who would fill up the outdoor patio for some late-night eats.

In the summer of 2018, the first shots in the Danforth shooting were fired right outside of Alexandros. The restaurant took in a few people who were shot and brought them to the basement until emergency services came. 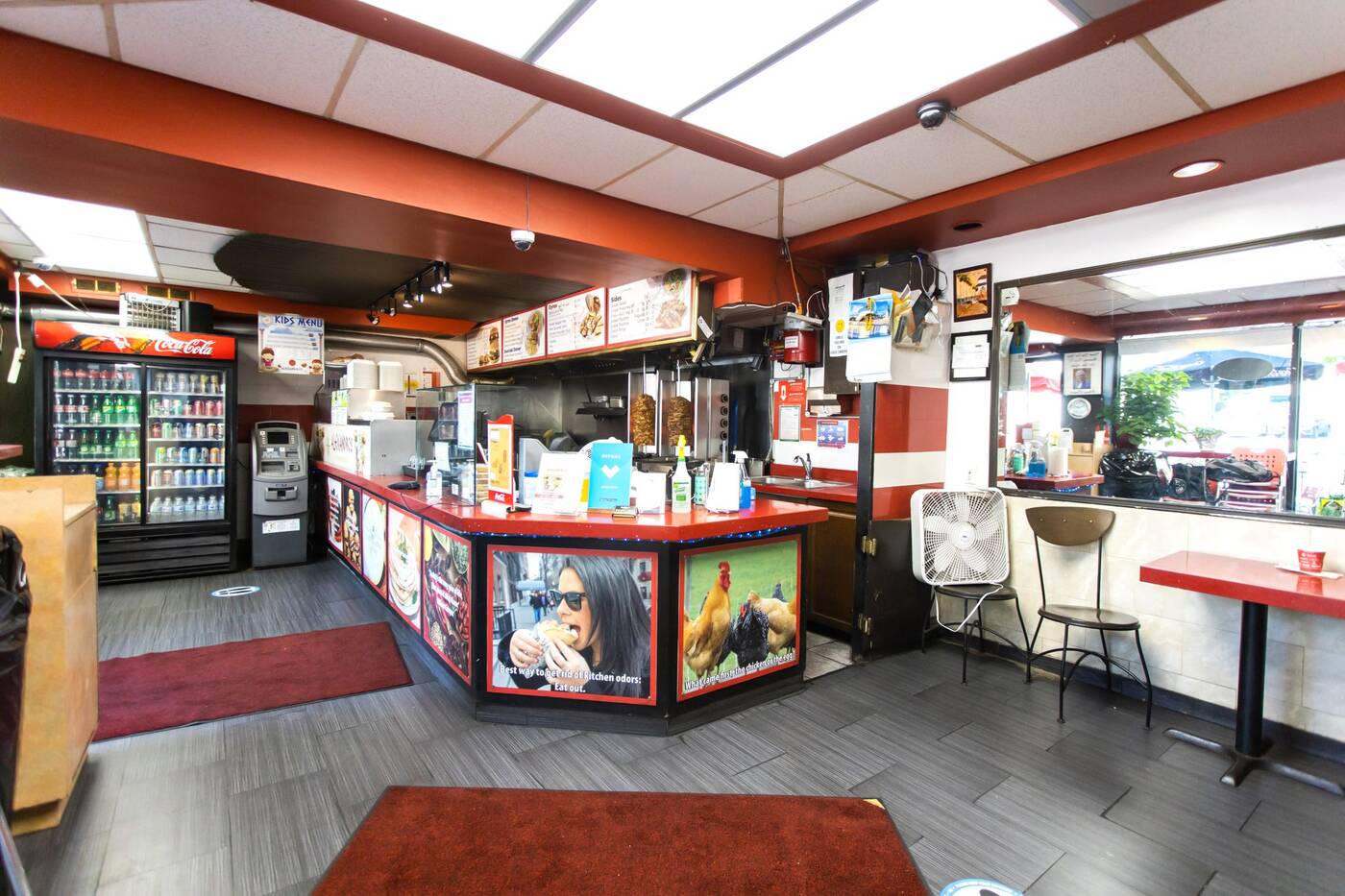 Walking into the restaurant, store manager Tahmina Sadigova points to a corner near the beverage fridge where she said many people were crouching down to hide from the shooter. 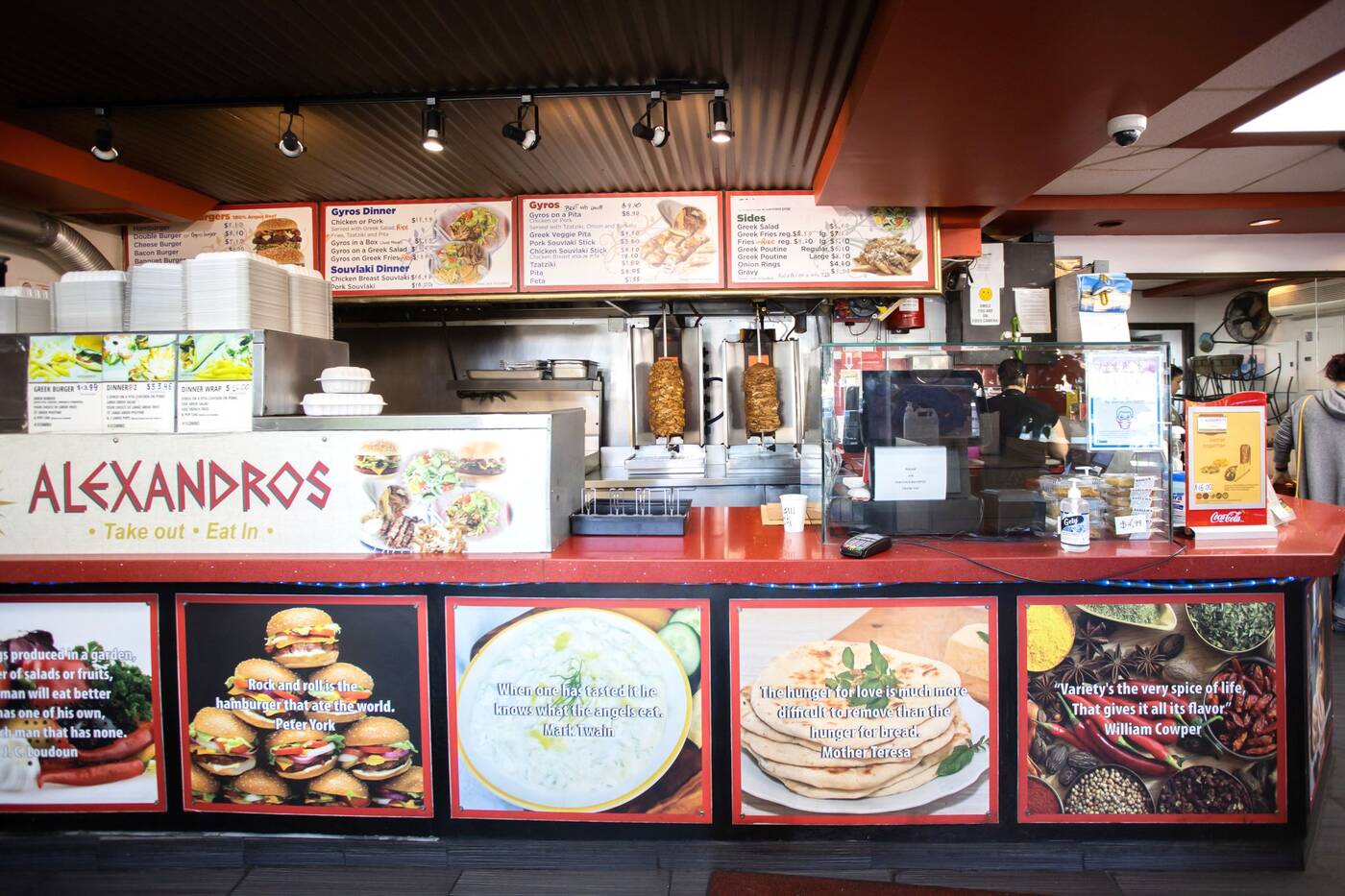 Aside from that, good memories still exist at the Danforth location of Alexandros. Customers feel nostalgic visiting the red-coloured counter front, they talk about how the restaurant still looks the same from when they would come as a kid. 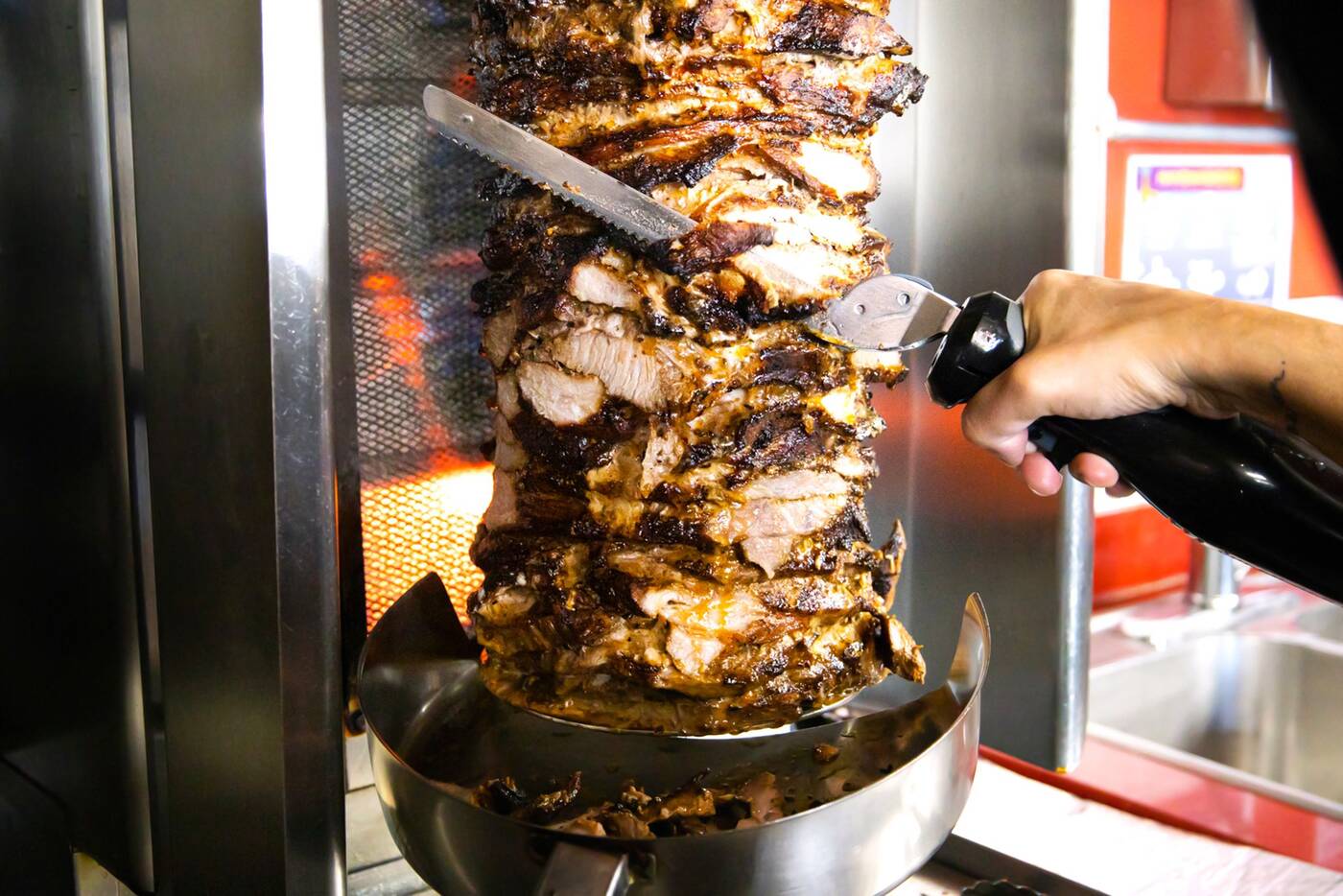 Gyros, is the main feature on the menu at Alexandros, although its cooked similar to the middle eastern dish of Shawarma, the difference is in the spices used to marinate the meat.

At Alexandros, the meat is shipped fresh into the store every morning, its then marinated in a secret blend of spices that only one cook at each location is allowed to use and know about. 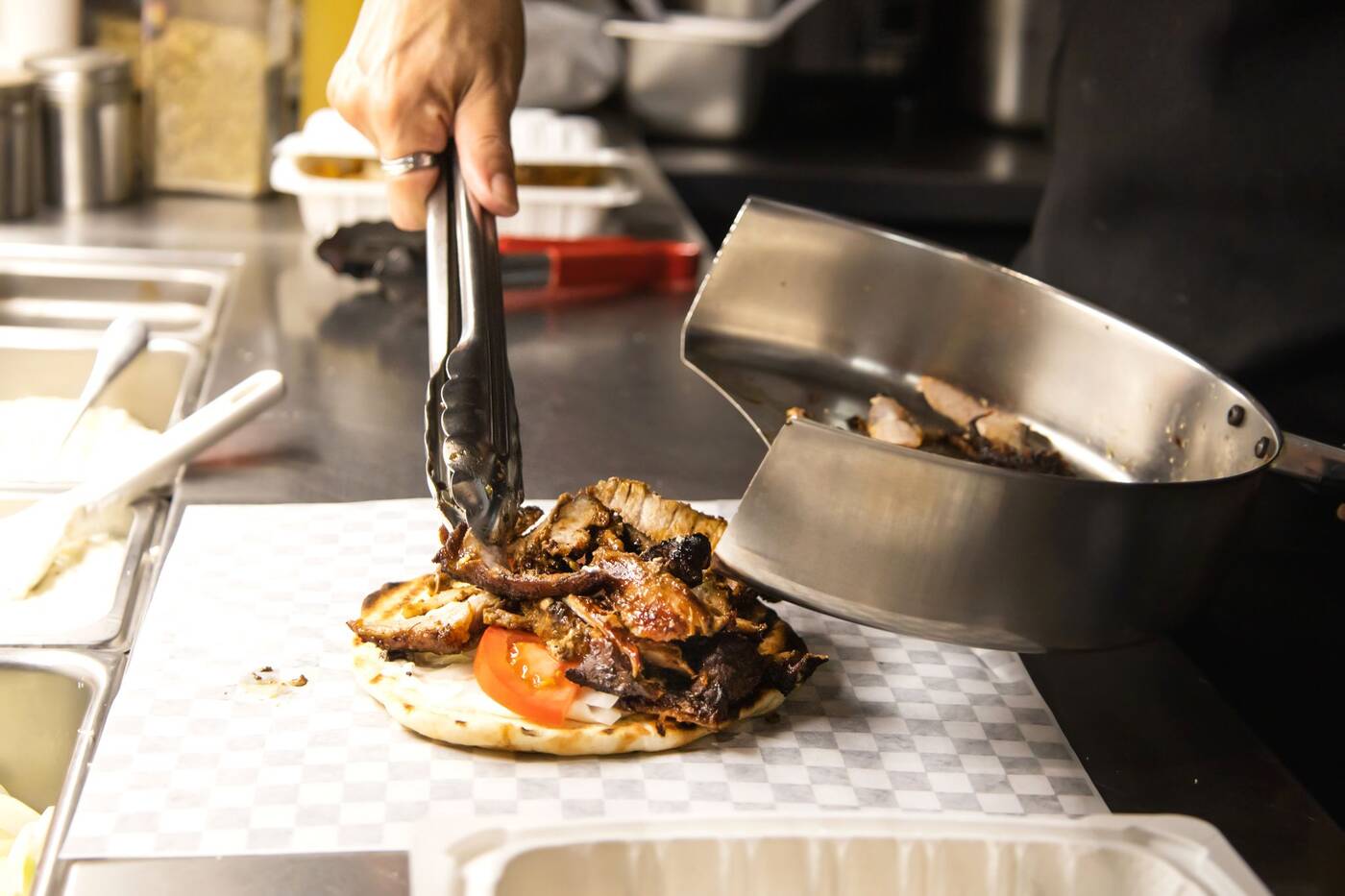 The Gyros at Alexandros can be ordered inside of a pita or as a dinner with rice and Greek salad on the side.

For the Pork Gyros ($8.40) on a pita, the meat is cooked for 40 minutes on the broiler, which creates a delicious crispy exterior.

Other meat options include chicken, or a blend of beef and lamb ($9.40). The crispy bits of meat are shaved off and combined in a warmed up pita with onion, tomato and tzatziki sauce. 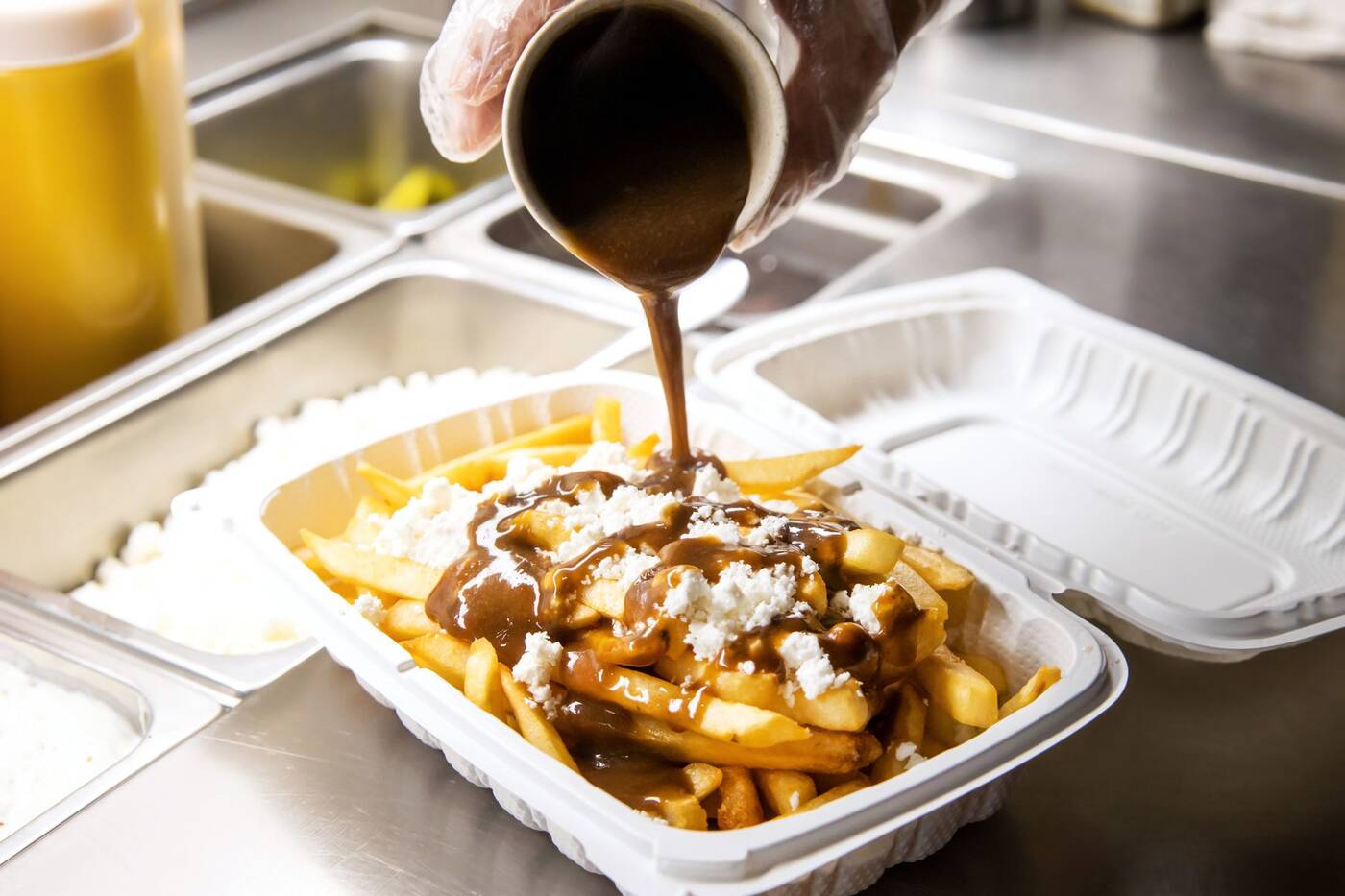 The Greek Poutine comes in regular ($6.10) or large ($8.10) sizes, its similar to regular Greek Fries, with layers of feta cheese sprinkled in between the potatoes, except with a Canadian twist, a generous helping of gravy is poured on top. 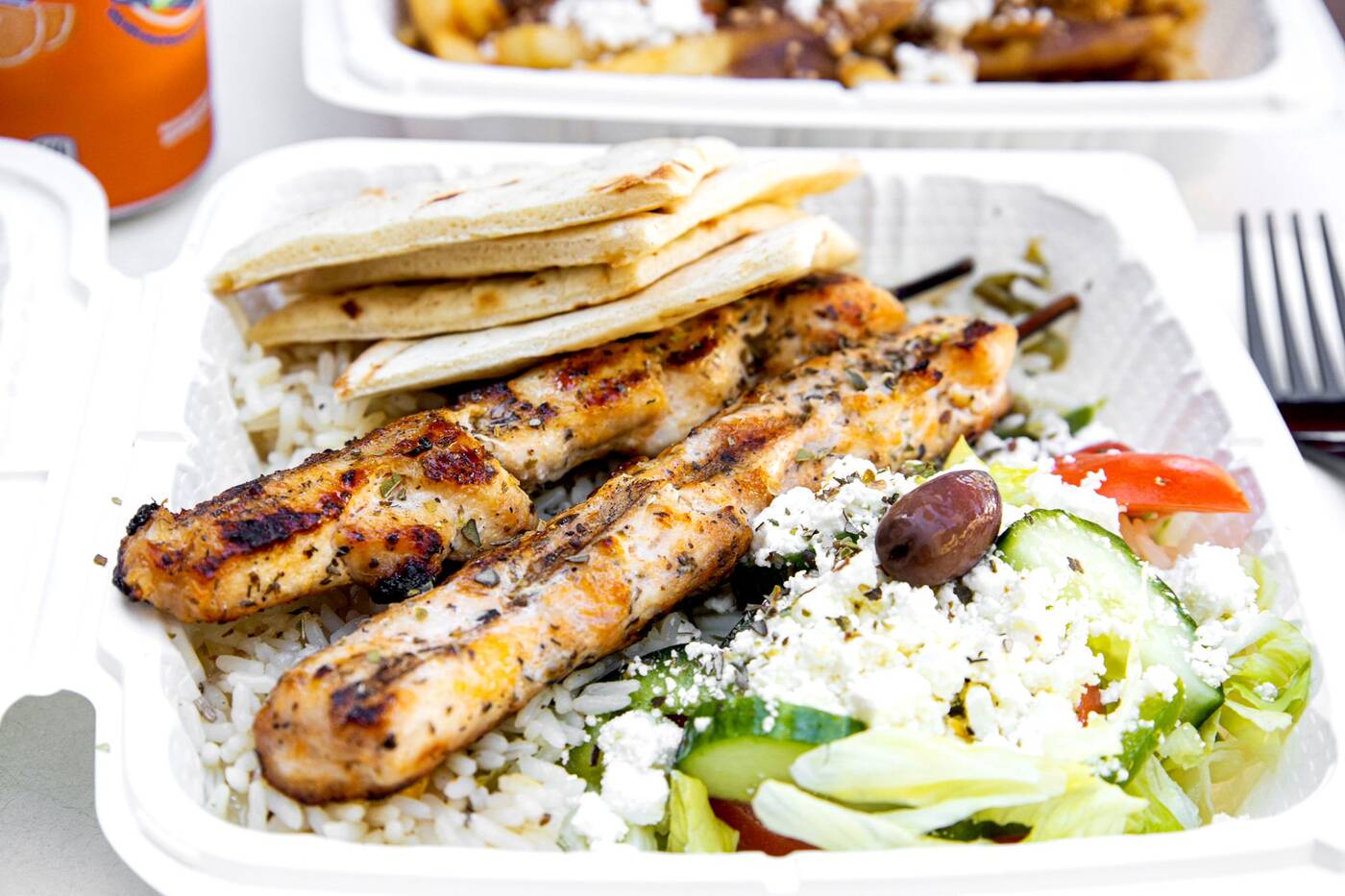 The Chicken Souvlaki Dinner ($16.49) will keep you full for hours. Two chicken skewers are grilled and then soaked into a mixture of lemon juice, olive oil and oregano for extra flavouring. The skewers are laid on a bed of white rice, with Greek salad (tomato, feta, cucumber and olives) placed on the side along with four squares of pita bread. 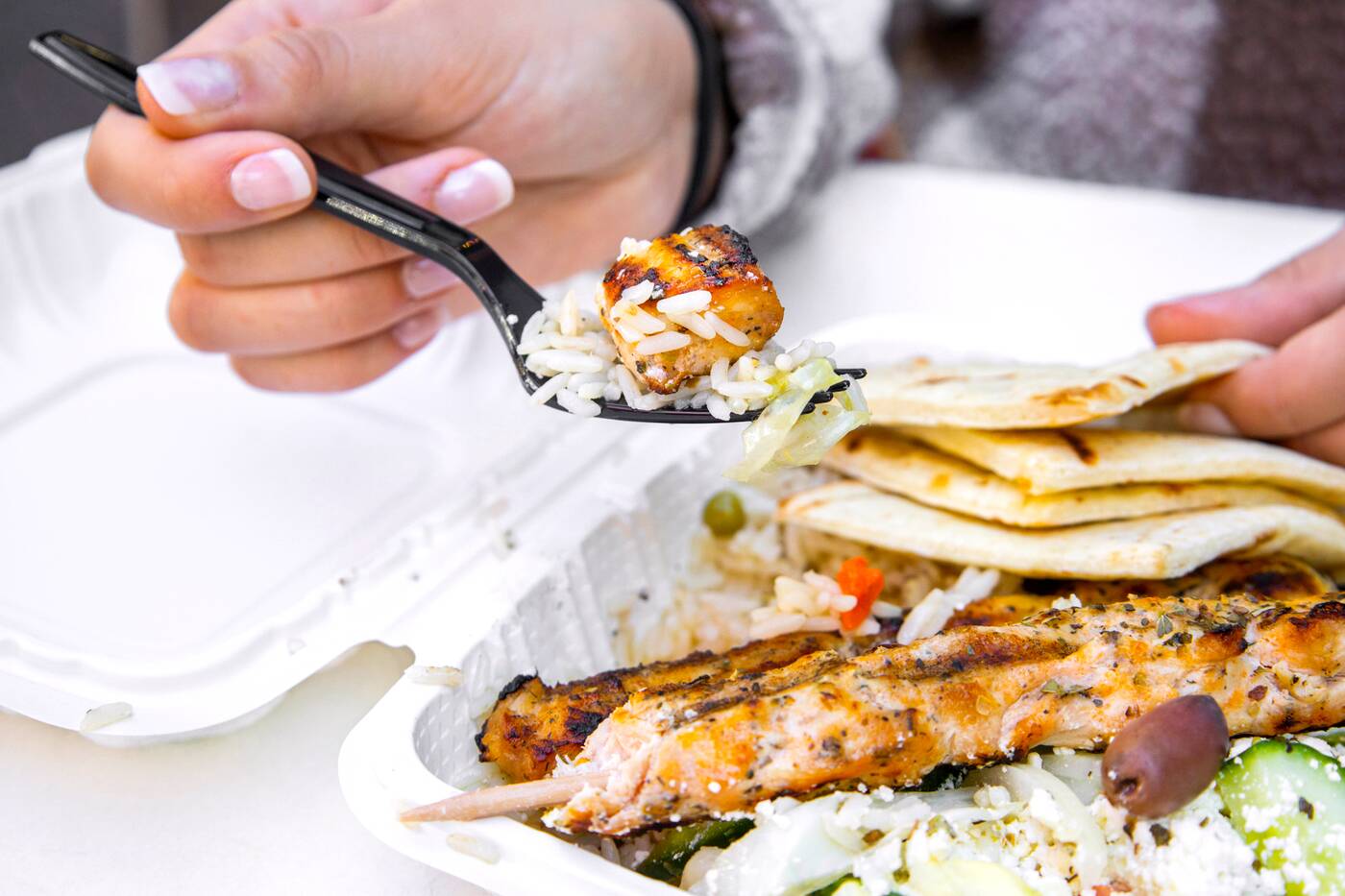 The exterior of Alexandros is surrounded by the Alexander the Great Parkette. A charming little square with outdoor benches and a small stage area where live music performances happen throughout the summer time. 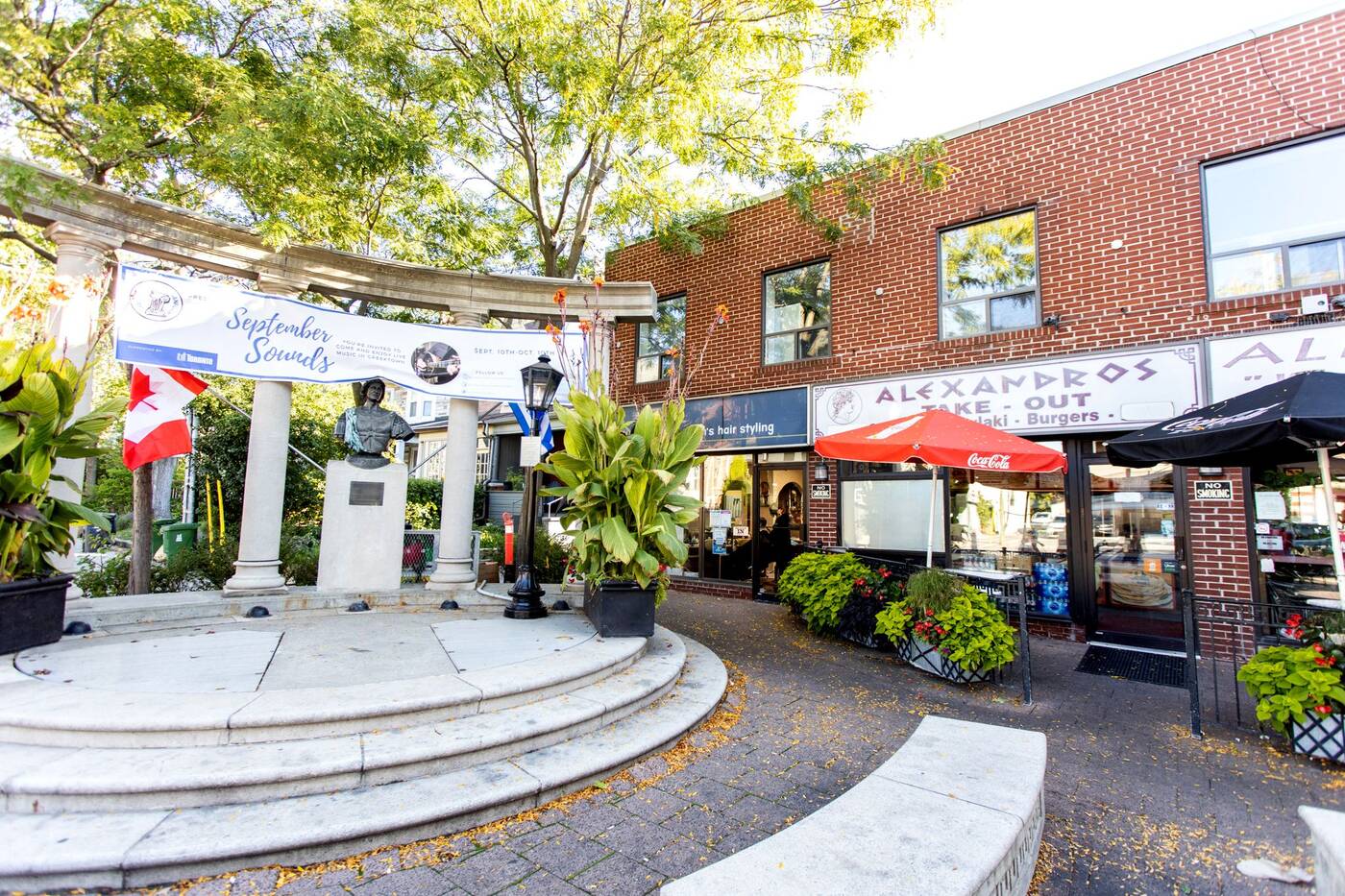 The Best Late Night Souvlaki and Gyros in Toronto