Nuit Blanche is moving into Scarborough

Nuit Blanche is going to look very different next year, as the festival migrates one third of its programming to Scarborough in what amounts to a major shakeup of the all-night art event.

While there have been periphery exhibits at venues like the Aga Khan in previous years, the move to Scarborough represents the festival's first major foray outside of downtown Toronto.

Talk of Nuit Blanche heading to Scarborough dates back to 2016, when Councillor Paul Ainslie made the request to Toronto's Economic Development Committee, arguing that the time had come to expand the geographic footprint of the all-night art event.

Back then, the thinking was that the restored Guild Inn might make for an alluring venue. While organizers aren't ruling out the presence of some programming at this site over the next two years, the eastern hub of the festival will be at the Scarborough Civic Centre. 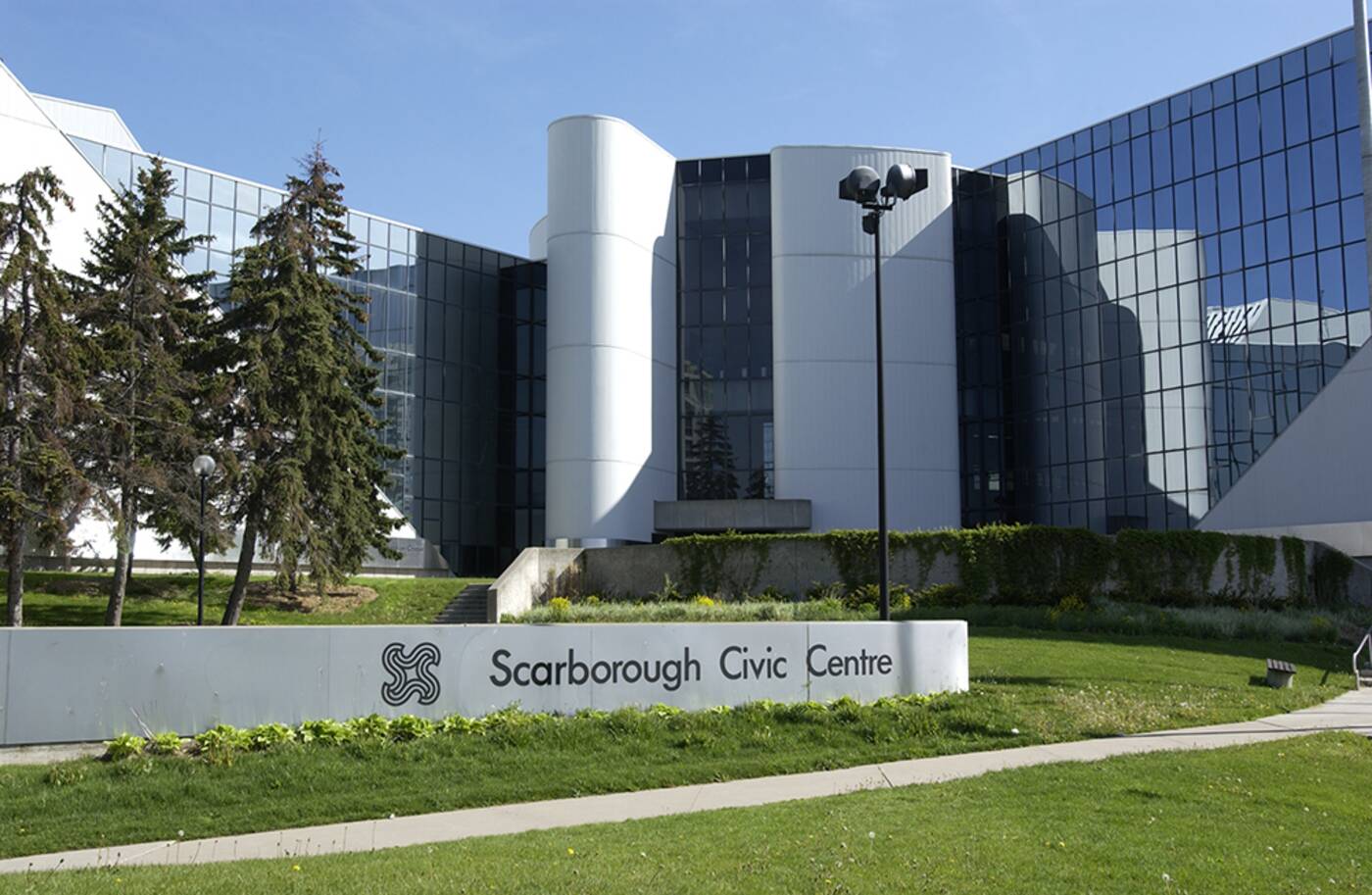 Raymond Moriyama's Scarborough Civic Centre will serve as the backdrop for Scarborough Nuit Blanche programming next year. Photo via the City of Toronto.

The idea, of course, is to replicate how Nathan Phillips Square has functioned as the focal point for the festival in downtown Toronto. The Civic Centre is also on the subway line, which organizers determined was crucial to ensuring the success of Scarborough programming.

There will be a lot going on here. Patrick Tobin, the city's director of arts and culture services, is quick to point out that early consultations regarding a move into Scarborough drove home the idea that the only way such plan would work was to go all-in.

With a third of the total programming to take place in Scarborough, you can expect a smaller Nuit Blanche in the core next year. The budget for the festival is the same as last year, so the only option is to redistribute the installations.

Perhaps this will inadvertently benefit the downtown zones as well. A more compact and dense series of installations could help to make navigating the event more manageable. Last year's Queen's Park zone, for instance, felt too spread out.

Alyssa Fearon has been appointed curator for Nuit Blanche's entry into Scarborough. She's best known for her curatorial work on No Vacancy (2017), which explored the complex narratives that surround the Kingston Rd. motel strip.

With roots in Scarborough and an artistic practice that focuses on challenging uncritical narratives applied to the community here, she seems like an excellent choice to lead programming that responds to the 2018 festival's over-arching theme — You Are Here.

There's still tons of planning and curatorial decisions to be made, but it's already a sure thing that next year's Nuit Blanche is going to be radically different from year's past. For a festival entering its 13 year in a city the size of Toronto, it certainly seems like it was time to broaden the horizons.