Three Hands is a lovely restaurant and bar on Dundas West run by the equally lovely Wilson family. Sister Taryn runs the front of house while brother Torrie does all the cooking in the back himself, though he said he wants to keep expanding his staff and his service. Their food and drinks go for fair prices and the kitchen is open until 2.

Following the pattern, their brother is named Trimani, and because a good mom makes sure all her kids are involved somehow, his name inspired calling the restaurant "Three Hands." 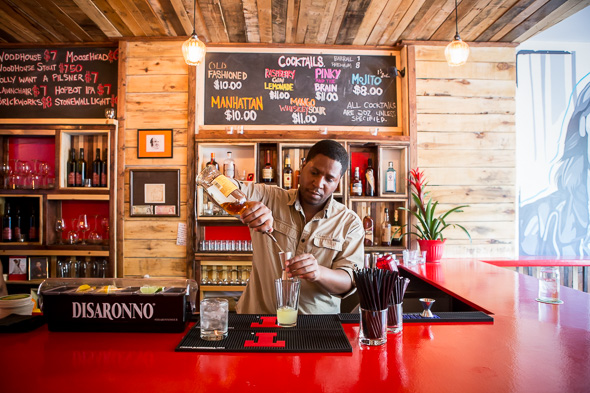 Taryn explains the double meaning: though Three Hands may be a literal translation of her brother's name, it also represents the hand their father had in creating the restaurant. Sadly, he passed away before opening, but a huge mural near the entrance by a local artist is a rockstar-level memorial. 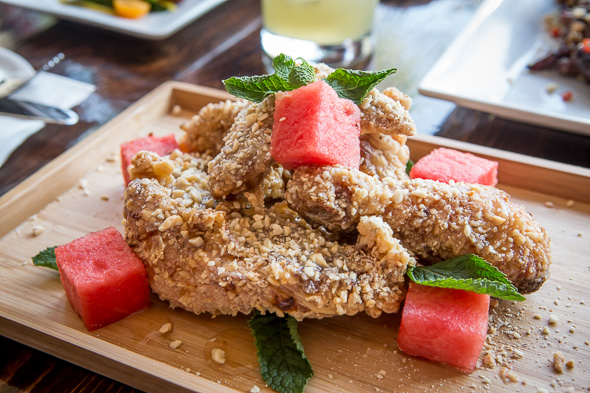 Three Hands serves up casual fare with passion and detail. Just because you're getting pub food like ribs and fried chicken doesn't mean they can't use ingredients with a wow factor and add a little flair to the plating. The watermelon wasabi fried chicken ($18) is juicy and tastefully plated in a pile with cubes of watermelon that perfectly complement the bird. 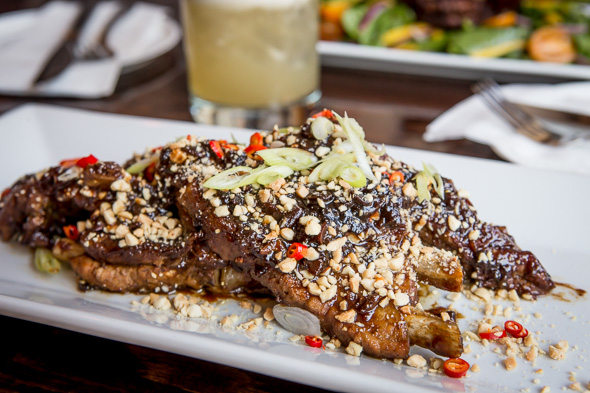 The black bean pork ribs ($18) fall right off the bone, and are garnished with scallions, thai chillies, and crushed peanuts. The sauce is heavenly. This is one of the dishes that Torrie created and tested at kitchen parties he used to have in his Parkdale apartment. 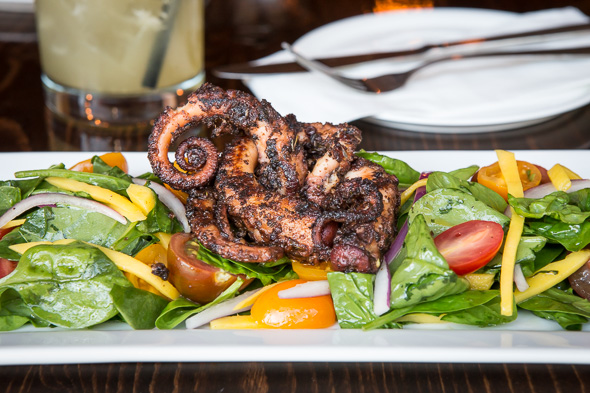 One less pubby but equally delicious dish is the jerk octopus salad ($16). The jerk spice adds accessibility to this rarer seafood, and the spinach salad with mango, red onion, spinach and cherry tomato adds a bright lightness.

Other fare that bridges the gap between pub food and upscale dishes are the salt and vinegar brussel sprouts for $8, or the cheesiest collard green poutine for $12. 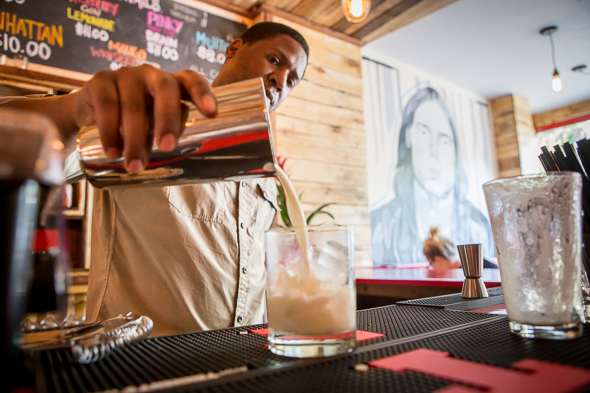 Of course, if you're open 'til 2 in a neighbourhood with plenty of venues and other bars, you better have some good libations available. 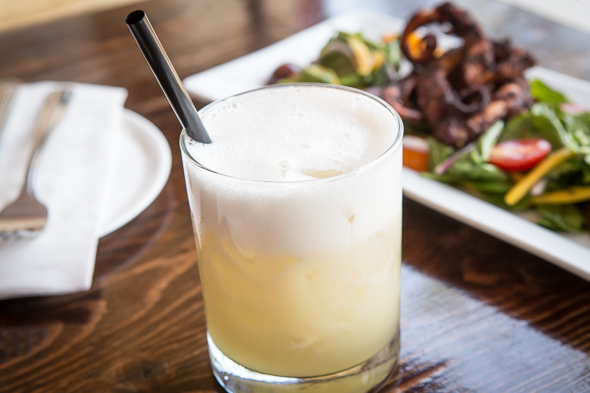 We try a mango whiskey sour ($11) that's on special. It's frothy, refreshing, and just boozy enough to help you enjoy your food even more without overpowering it. 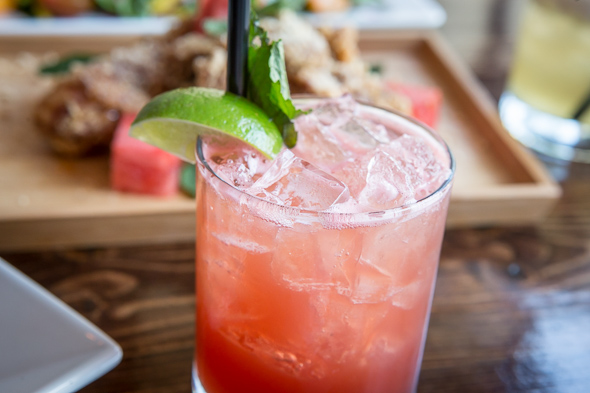 It's great how the ingredients of the drinks and food are complementary and swappable. What are we doing tonight, you might ask, as you sip on a Pinky and the Brain ($11) made with mint, watermelon and dark rum. The same thing we do every night...try to take over Dundas West. 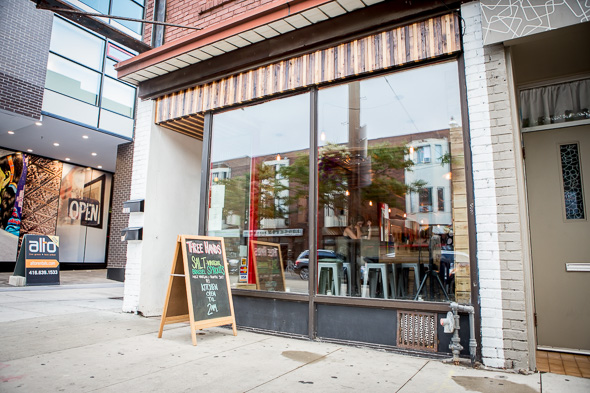