Johnny's Hamburgers is kind of like an old high school friend, one I haven't seen in far too long but remember fondly from good times past. I'm sure as a teenager I likely wished this place would never change, and upon reuniting after years apart, the discovery that it hasn't changed a bit turns out to be bittersweet.

Walking through the parking lot as I approach the orange building from Victoria Park, the whole flourescent-lit operation is on display to the street, obstructed only by a row of silhouetted figures seated on benches, backs pressed against the front-facing windows as they wait for their order to be up. A steady stream of walk-ins attests to Johnny's enduring popularity. 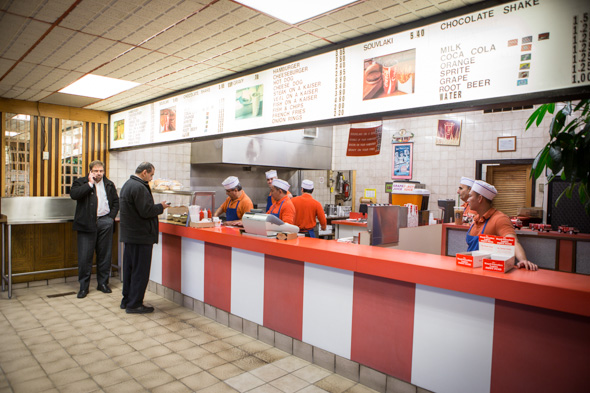 Yellowing press clippings are posted to one wall; one, dated 2003, positions this place second-best in the city, out-shined only by Lick's (ha, how Toronto's burger landscape has changed). Another clipping (2006) ranks Johnny's ahead of Apache Burger in the west end. Amusingly, the most recent thing on the wall is a stark white pest control certificate. 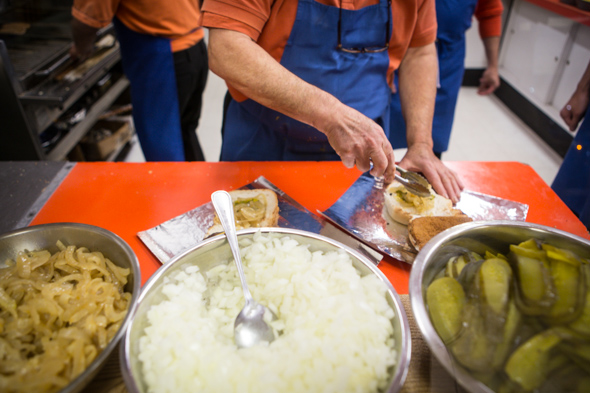 It smells good inside - meat on a charcoal grill always does. The counter is well-manned and service is efficient. I order up one burger and fries, one veal on a kaiser and onion rings. Toppings are applied to order and include a line-up of standards; relish, mustard, ketchup, tomatoes, pickles and onions, both raw and sautĂŠed. There's no lettuce, but that's always been their thing.

The whole order is packed into a bag. The cute cardboard boxes are gone, and since seating is scarce and it's too cold to sit on the curb (the picnic tables are long gone), we take the whole thing to go, as everyone else must do, too. The steam rising out of the bag smells awesome, and everything about this burger experience is promising - rght up until the first bite. 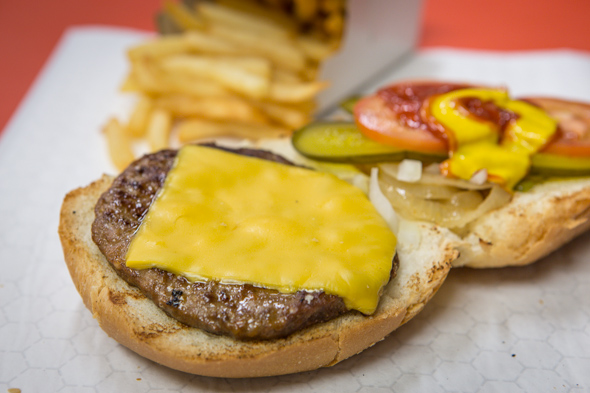 Let me preface this by declaring my love for dirty burgers. For me, the best burgers don't need to be stacked with gourmet fixins on brioche - I like my burgers basic, with cheese and a not-too exotic assortment of toppings. I like that dirty burgers have seen a recent resurgence at places like Burger's Priest , but I also have a soft spot for old-school haunts like Golden Star and Burger Shack . Johnny's might have even remained on this shortlist, if only I'd skipped this reunion. 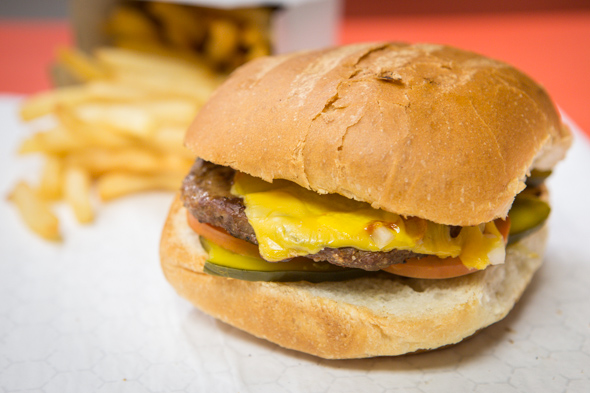 The American cheese slapped on the patty isn't a dealbreaker and the toasty bun, which at first seems too big, actually holds up well when eaten. It's the puck of a processed-meat patty that is most disappointing - its glistening crust, imparted with char-grilled flavour, can't do anything to save the spongy grey interior. 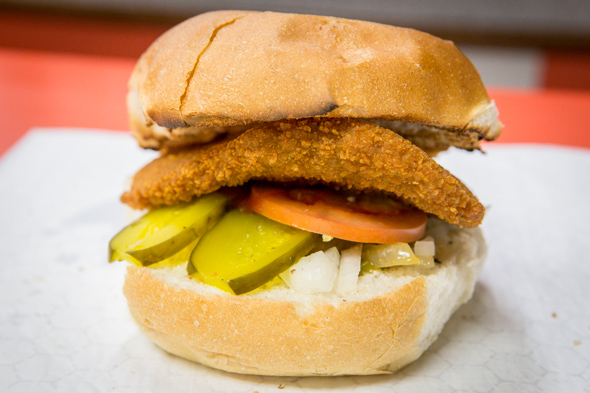 The veal fares no better. It's almost certainly the boxed variety composed of processed bits reformed into a cutlet-like shape and breaded in the same crust you'd find on low-grade freezer aisle chicken nuggets. To be honest, I couldn't tell that it wasn't chicken - the texture was mushy and aside from the toasty bun and pickles, did not require chewing.

The fries, which were once endorsed by Scarborough native Mike Myers for ultra-crispness, thanks to a double-dip in the fryer, don't live up to their reputation. The first few I ate are still tasty straight from the fryer, but once plucked from the steaming paper bag, they're sadly limp and starchy. 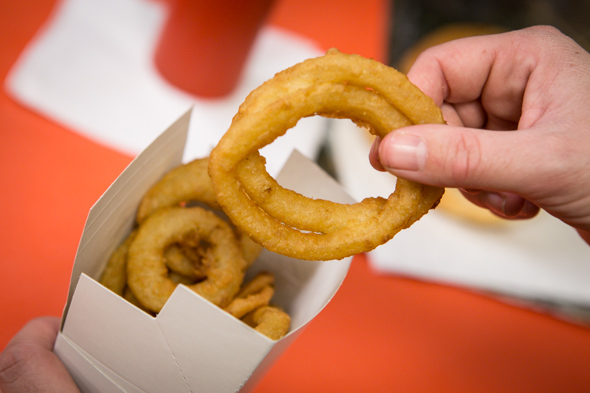 Onion rings are decent, but overall the nicest thing I can say about Johnny's is that dinner for two came in under $15. 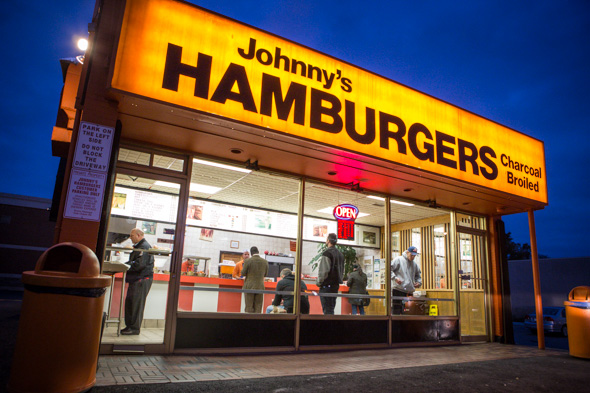