Vesta Lunch is considered somewhat of an institution in Toronto, they've been serving up classic diner food for over 60 years in the city.

The business was born in 1955, back then it was owned by three brothers named George, Gus, and Tony, who immigrated from Greece. 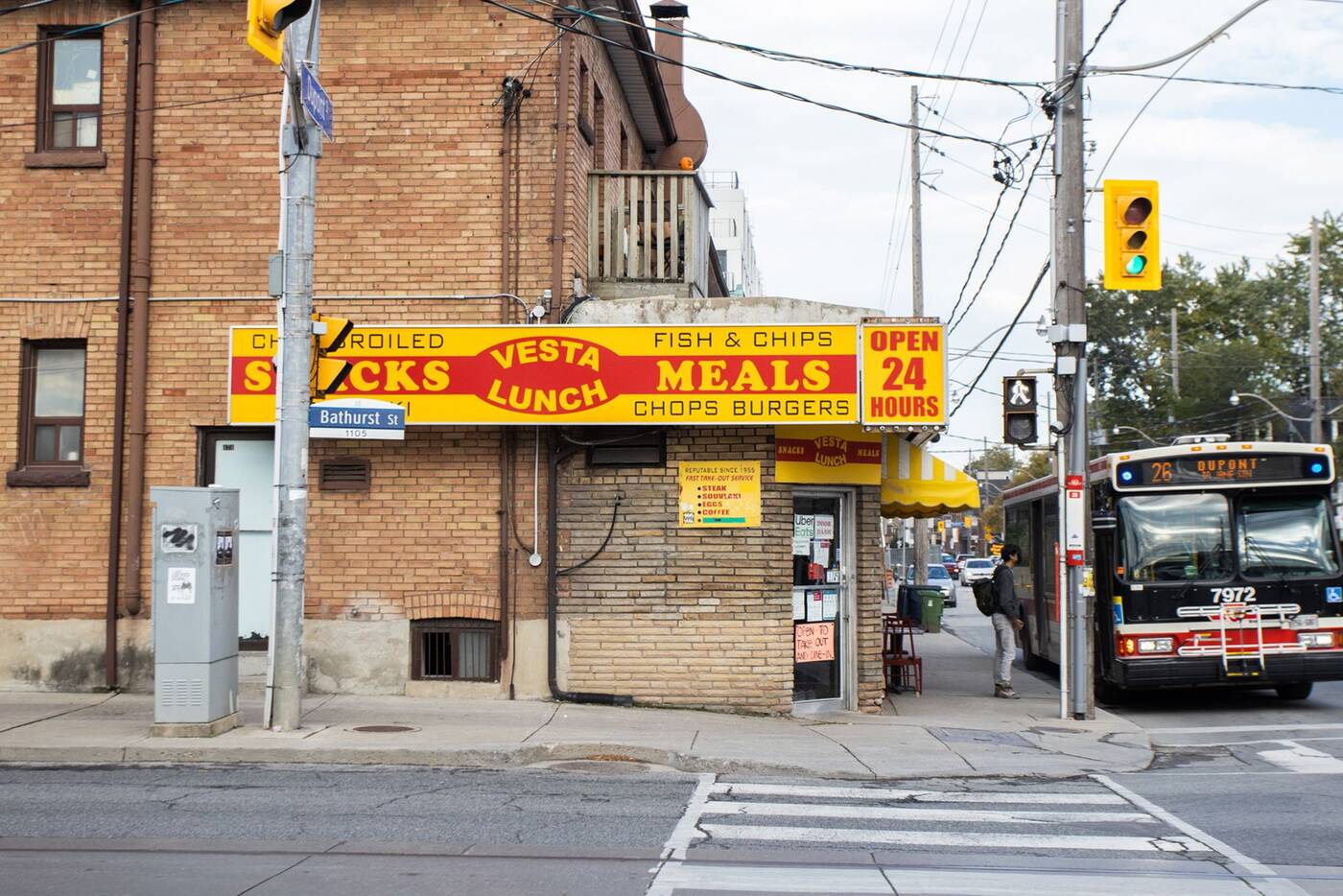 They held ownership for almost 50 years, until a new owner named Miriam Reinoso took over in 2004, she continues to run the restaurant until this day. 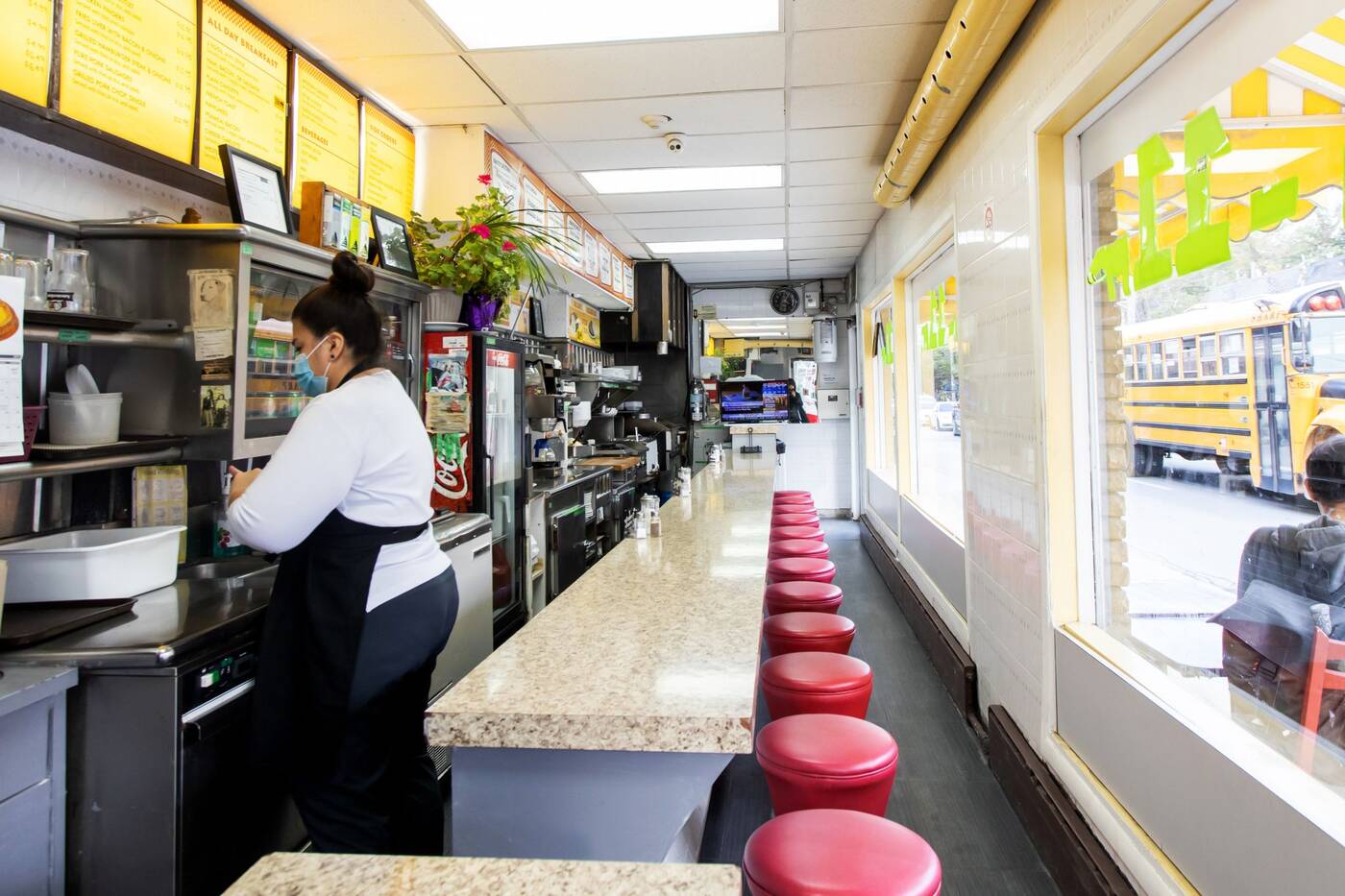 The interior at Vesta Lunch looks almost identical to when they opened up in the 50's, you can tell just by walking inside, this place holds a lot of history.

Many Torontonians from all walks of life have sat in those exact same red stools that span across the small corridor of the restaurant. 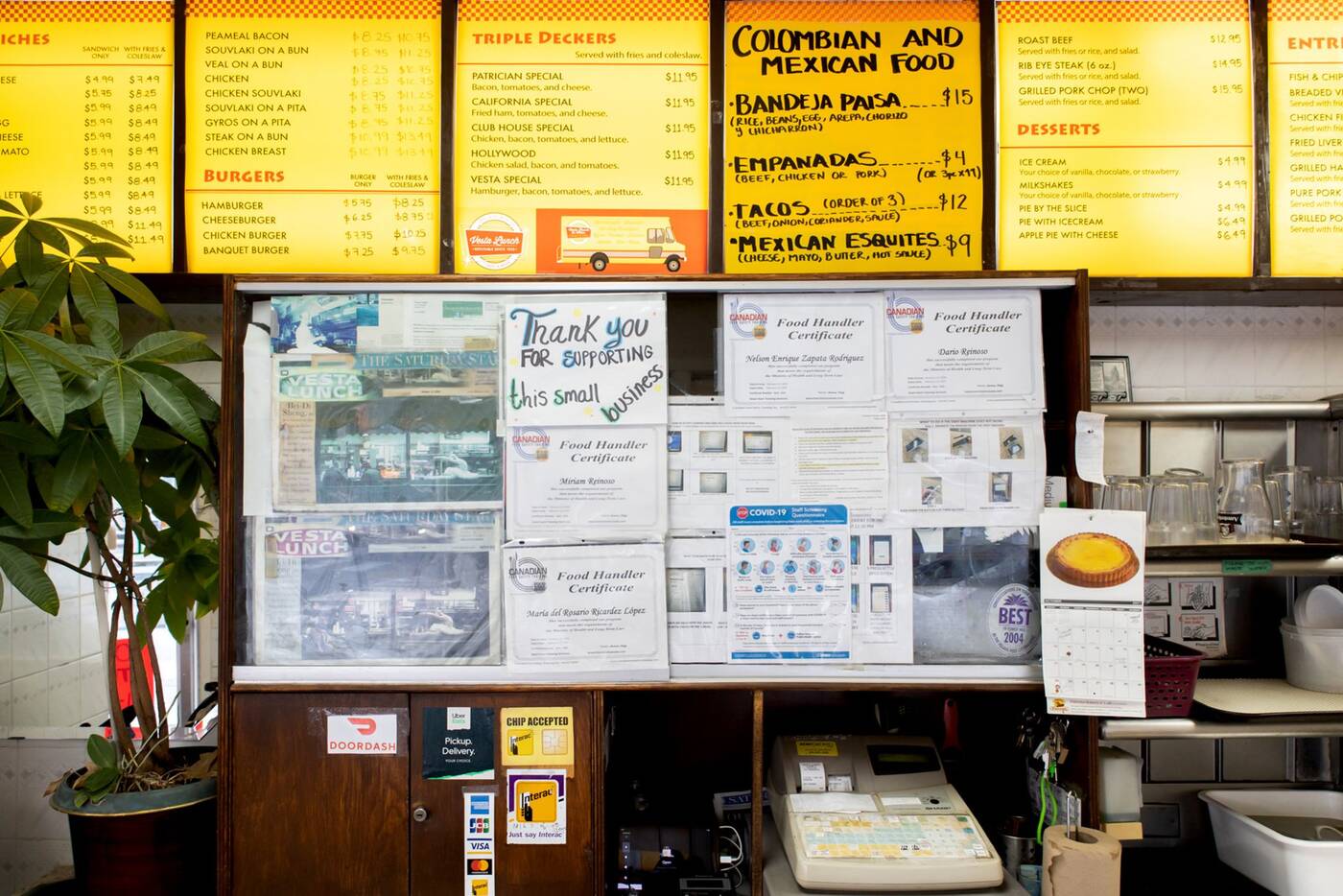 Even the kitchen has a retro feel to it, there's an old wooden cabinet that's now covered, but was once used to store cigarettes that would be sold to customers waiting for their meal. 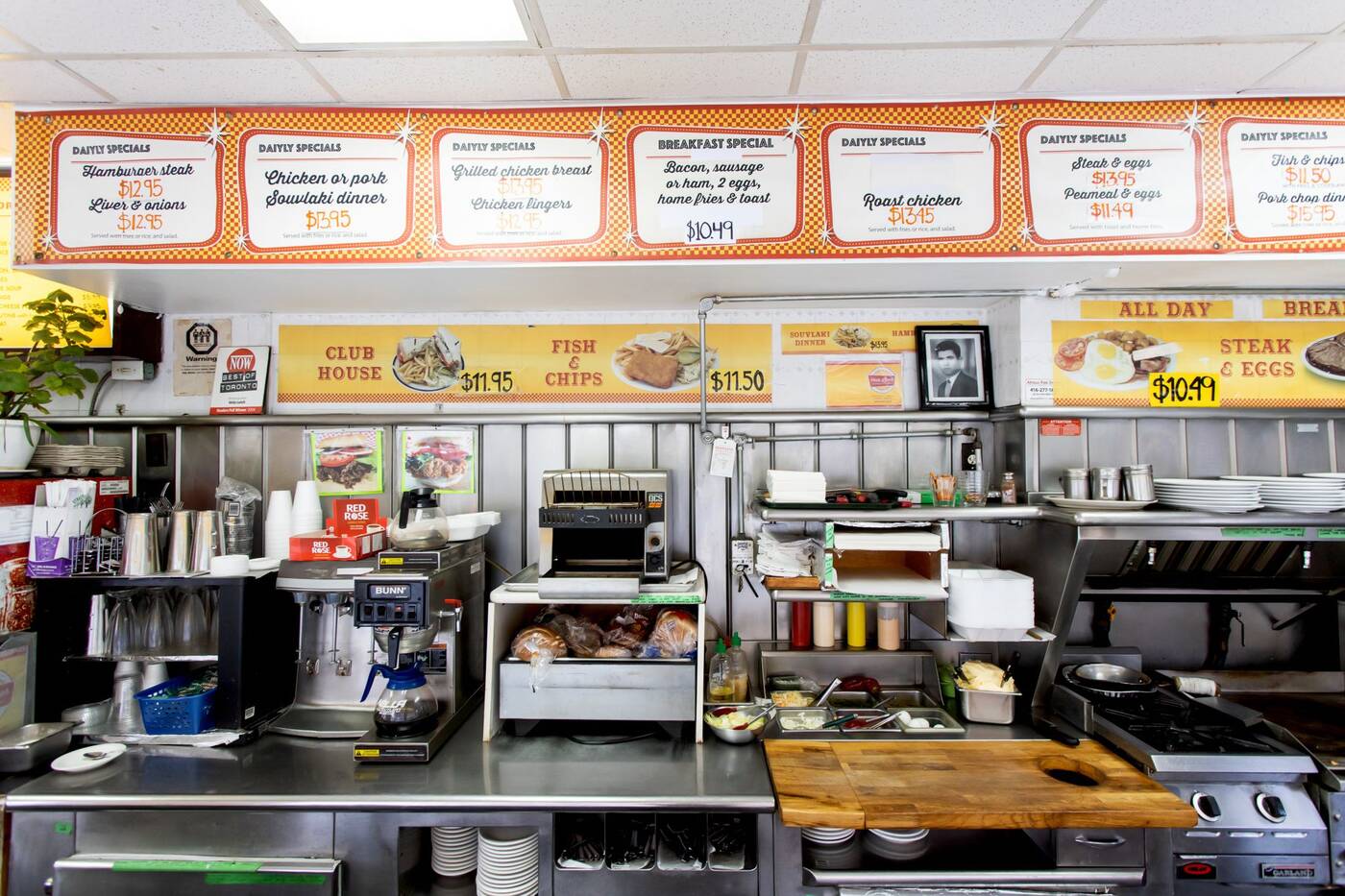 Eating at Vesta Lunch is an engaging experience, the kitchen sits right in front of you, so you're able to make friendly conversation with the cook who's making your food.

It's easy to ask for a little more salt, or an extra crisp to your fries, because everything is made in front of your eyes. 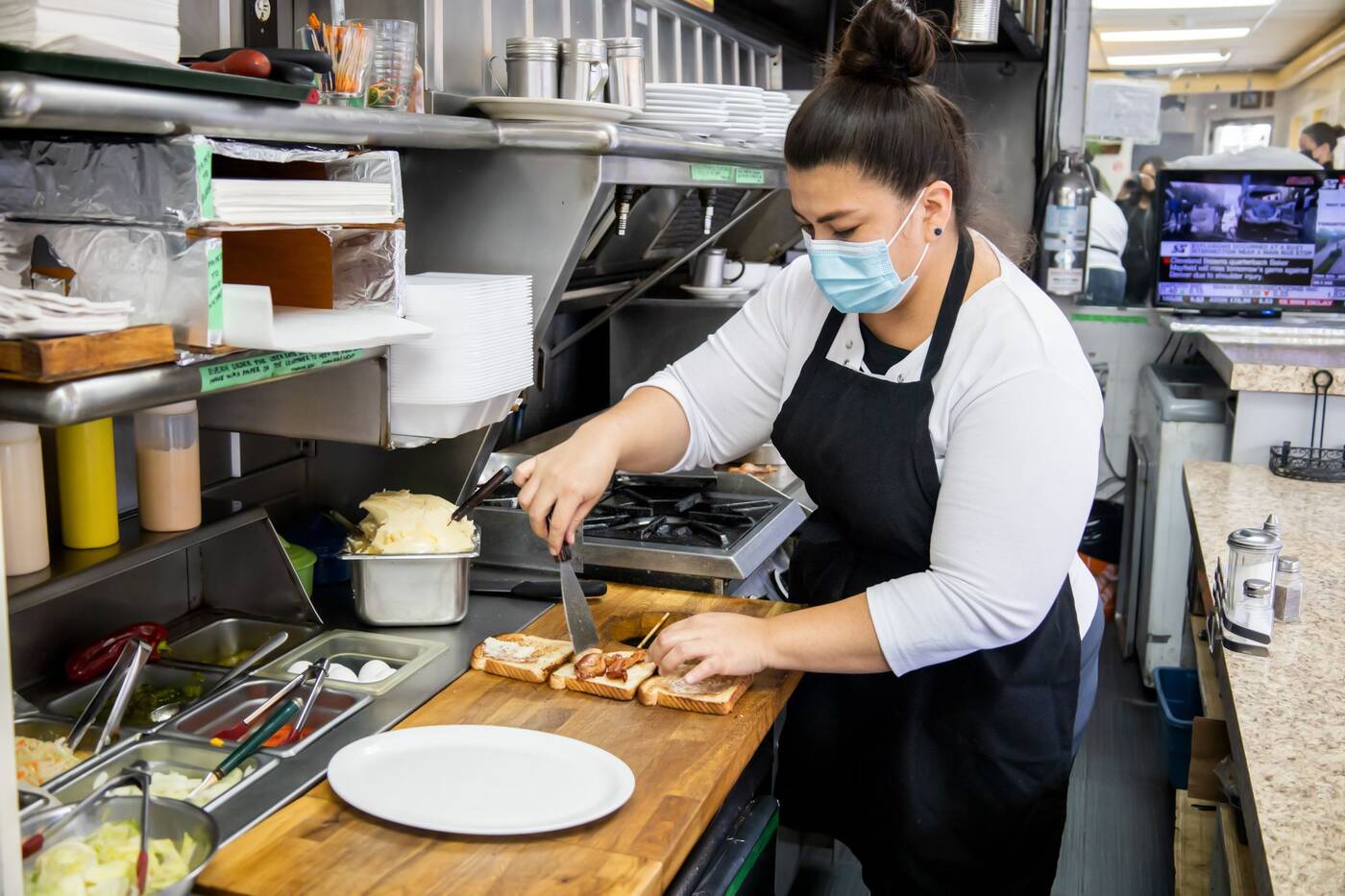 Prior to lockdowns in 2020, Vesta Lunch was open 24/7, making it a staple food spot after a night out at the bars, or a quick pick-up for takeout when you're done a late night shift.

It was a sad day in March 2020 when Vesta Lunch temporarily closed, due to a lack of customers coming in and to follow stay-at-home measures for employees.

They reopened in July 2020, but nowadays are finding business has changed, with most people opting for takeout and fewer regulars stopping in on their lunch breaks. 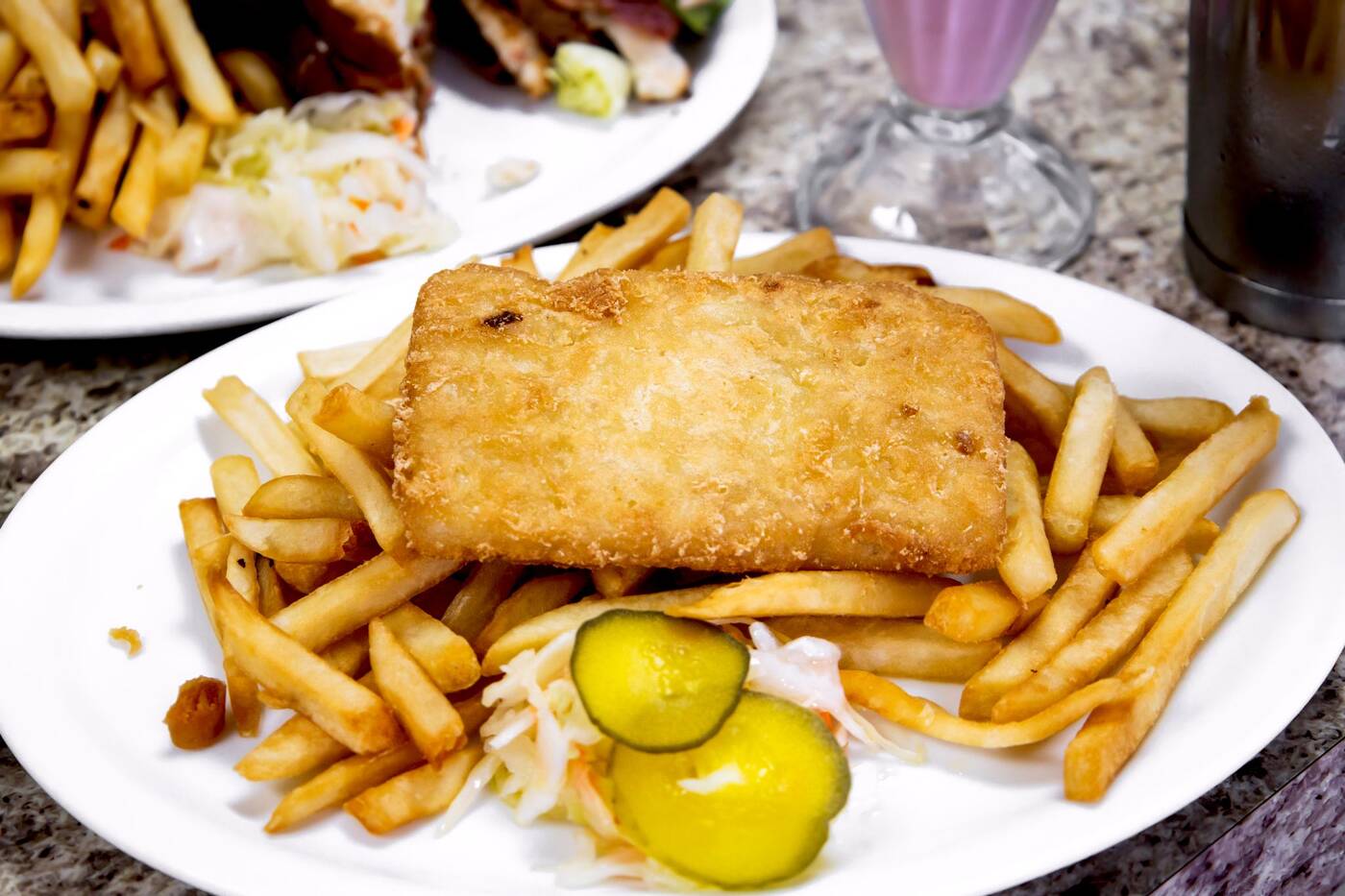 The Fish and Chips ($11.50) have been a part of the menu at Vesta Lunch since 1955. The dish is a staple found at any diner, a piece of frozen haddock is fried for 8 minutes (or more if you ask for extra crispy), which creates a delicious golden crust around the edges.

This meal is served with a side of fries and a spoonful of homemade coleslaw, that isn't creamy, but more like a vinegar taste in flavour. 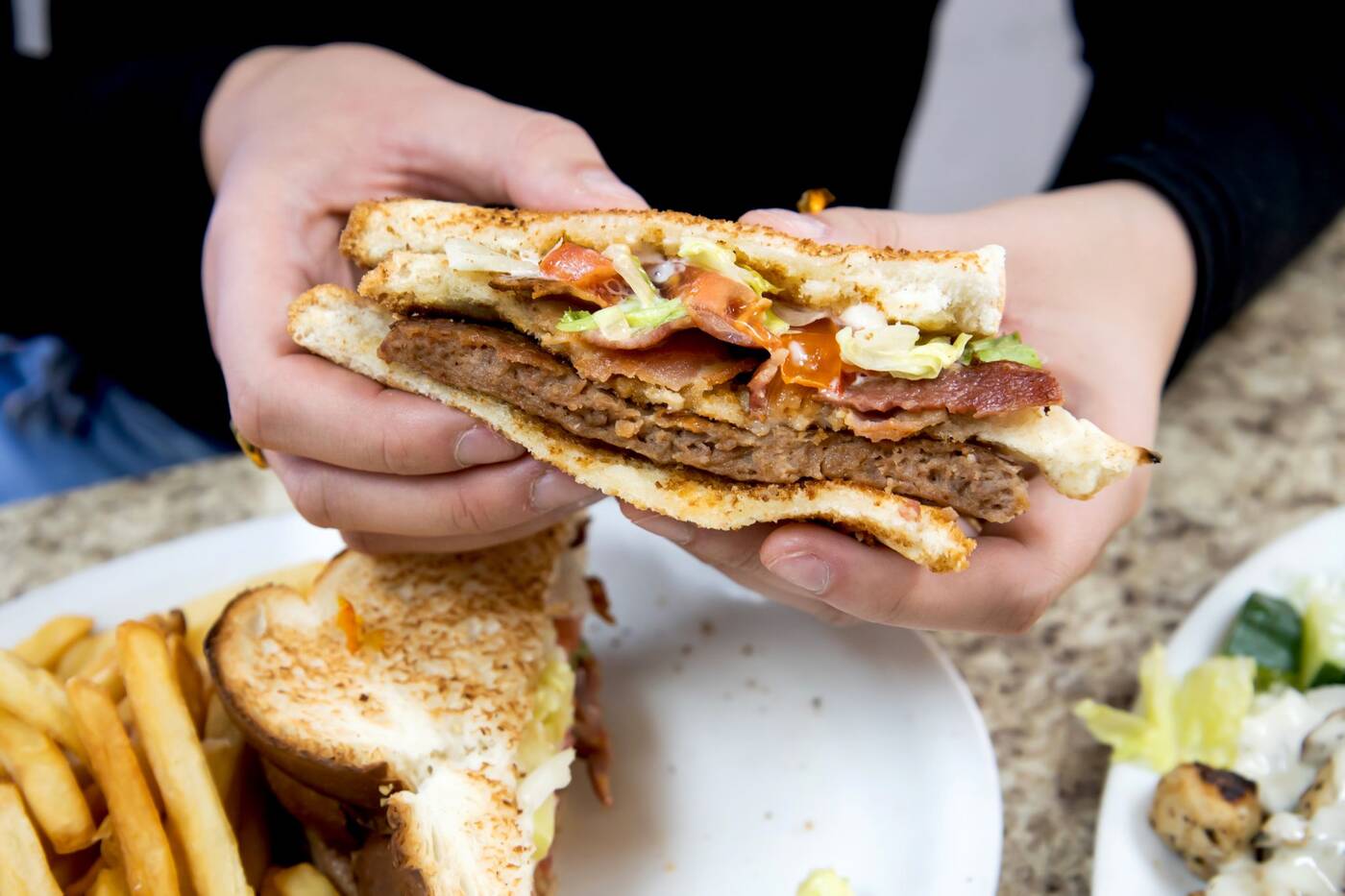 The Vesta Special ($11.95)  is an affordable option for a hearty lunch. Two pieces of brown bread are toasted and coated in mayonnaise, then hamburger meat, bacon and lettuce and tomato are layered on top to complete the sandwich. This also comes with a side of fries and homemade coleslaw. 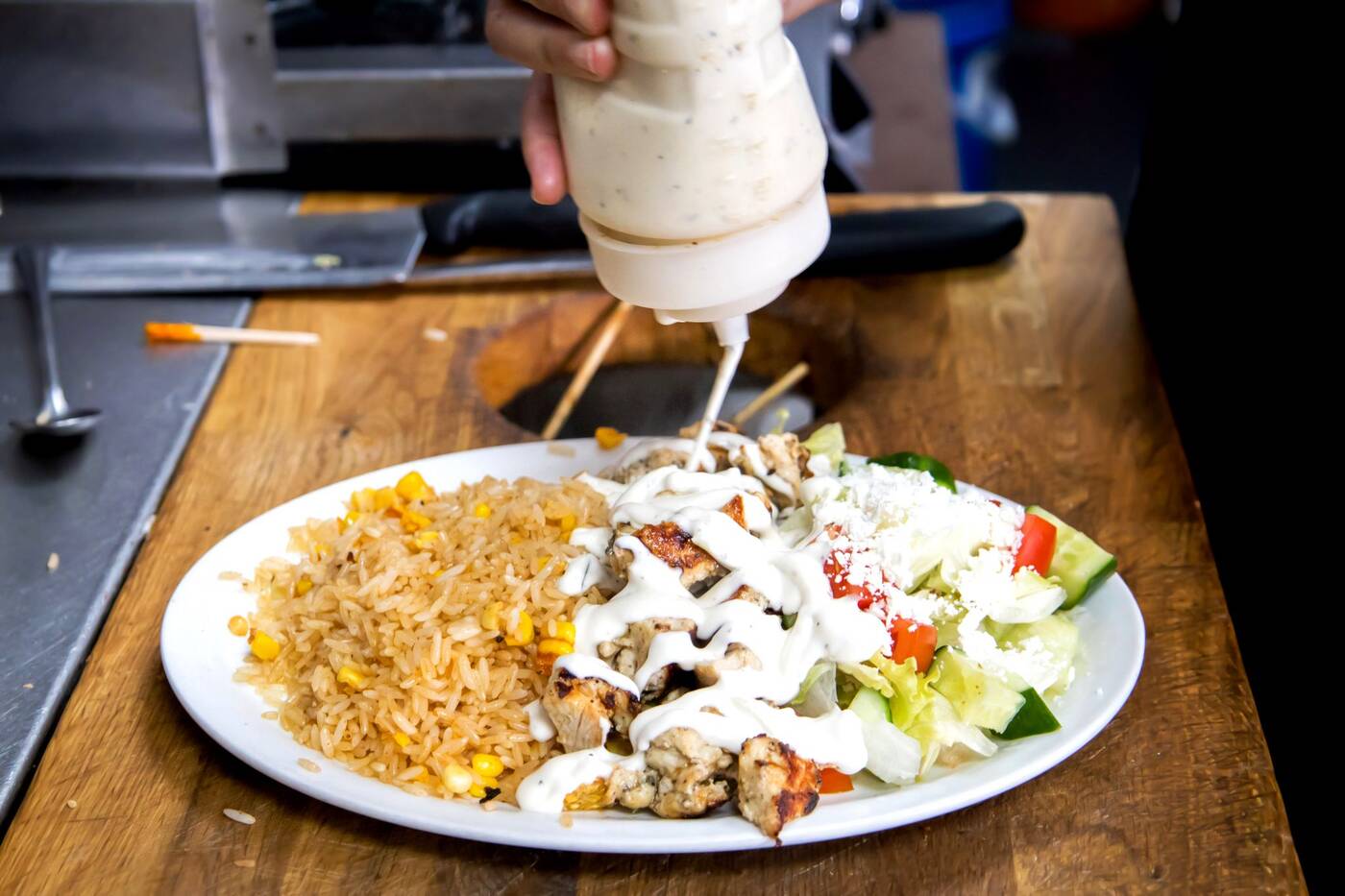 The Chicken Souvlaki ($13.95) was added to the menu, as influenced by the former Greek owners. Rather than regular rice, corn is added which makes for a great pairing with the bites of grilled chicken.

Fresh salad is served on the side, with tomato, cucumber and feta, but you can switch it out for fries, if you'd like. A heavy helping of tzatziki sauce is drizzled on top of the chicken, but tastes even better when mixed together with the rest of the sides. 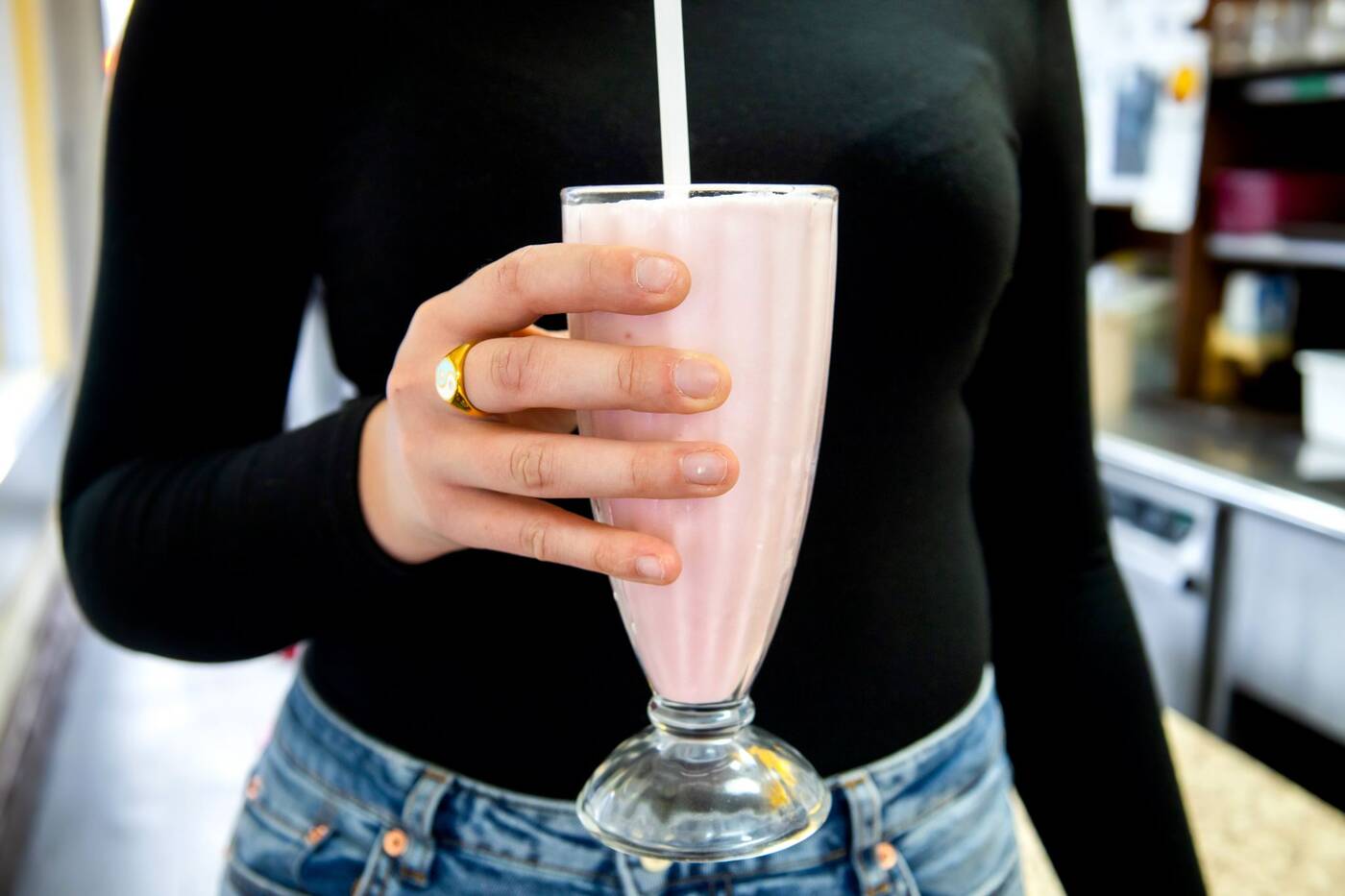 Can't forget about dessert, the milkshakes ($4.99) at Vesta are a neighbourhood favourite. They come in strawberry, vanilla, or chocolate flavours, and get blended with whole milk and ice cream. The best part, they serve your milkshake with the leftovers from the steel cup used to blend it. 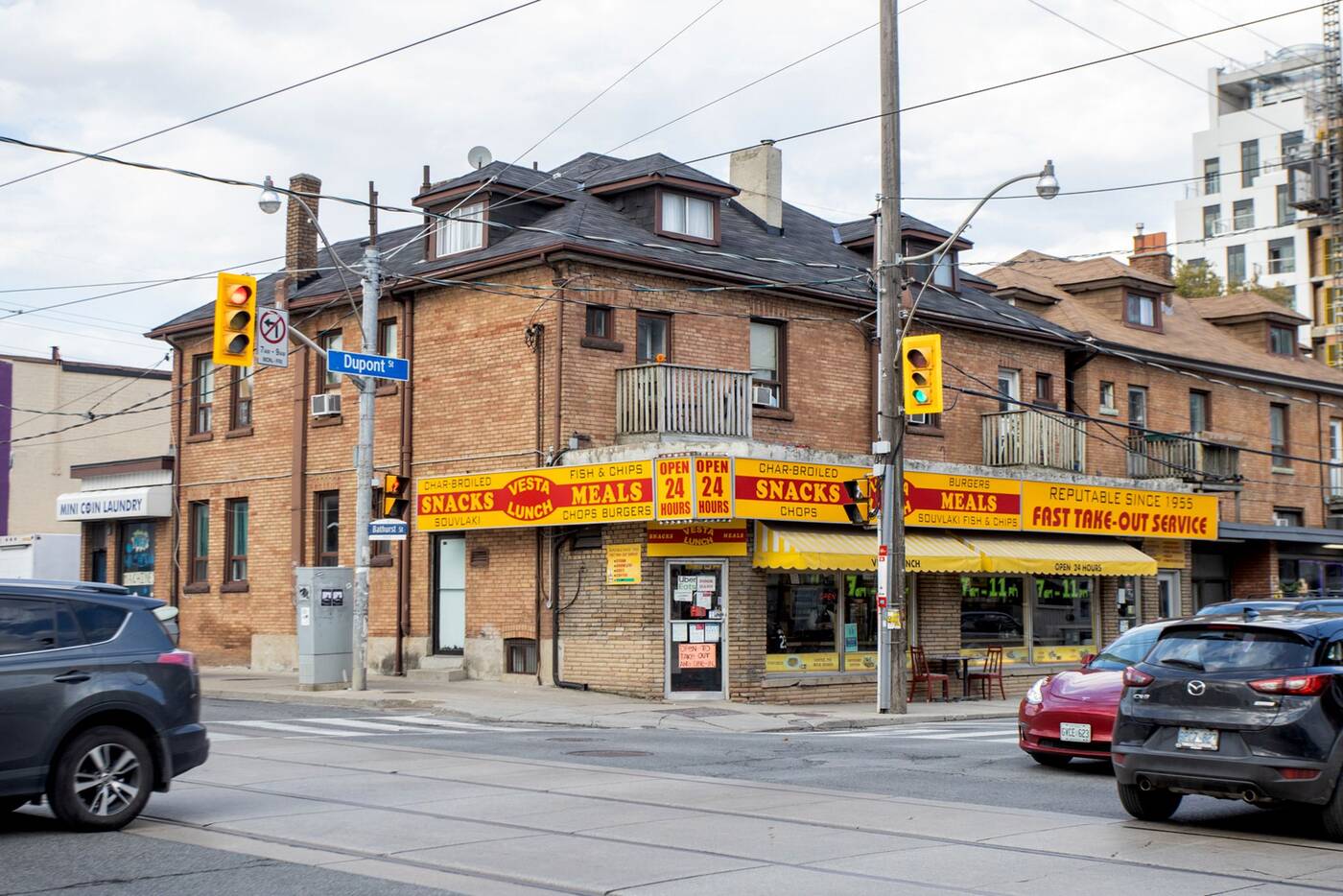 Throughout history, Vesta Lunch has always taken up the corner strip at Bathurst and Dupont, its iconic red and yellow signage has remained the same ever since, it represents nostalgia and a sense of routine for regulars and other people living in the Annex.

The Best 24 Hour Restaurants in Toronto

The Best Late Night Souvlaki and Gyros in Toronto