Route 401 Diner is an old-timey roadside diner in Etobicoke stuck in the '50s or '60s that feels straight out of a classic Hollywood movie.

The restaurant opened in the 1960s as a tavern on the old service road of Ronson Drive when Highway 401 construction was still underway. During those early days, it was the local watering hole and feeding grounds for those working on the highway. 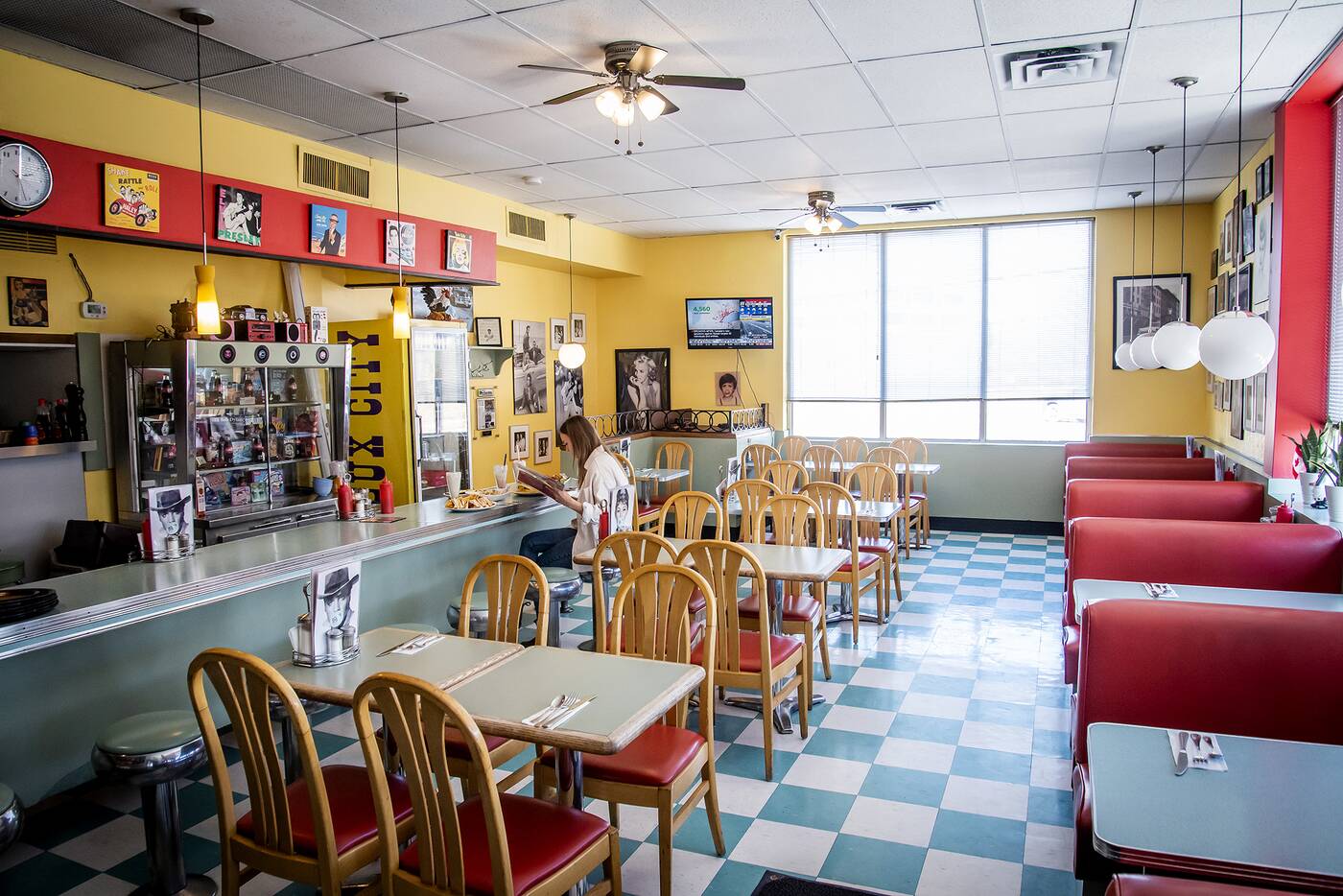 When the highway opened, the restaurant turned into a diner and its retro interiors haven't changed much in more than 50 years.

The checkered floor, red vinyl booths, mint green countertops and swivel stools, albeit with a crack or two, remain intact. 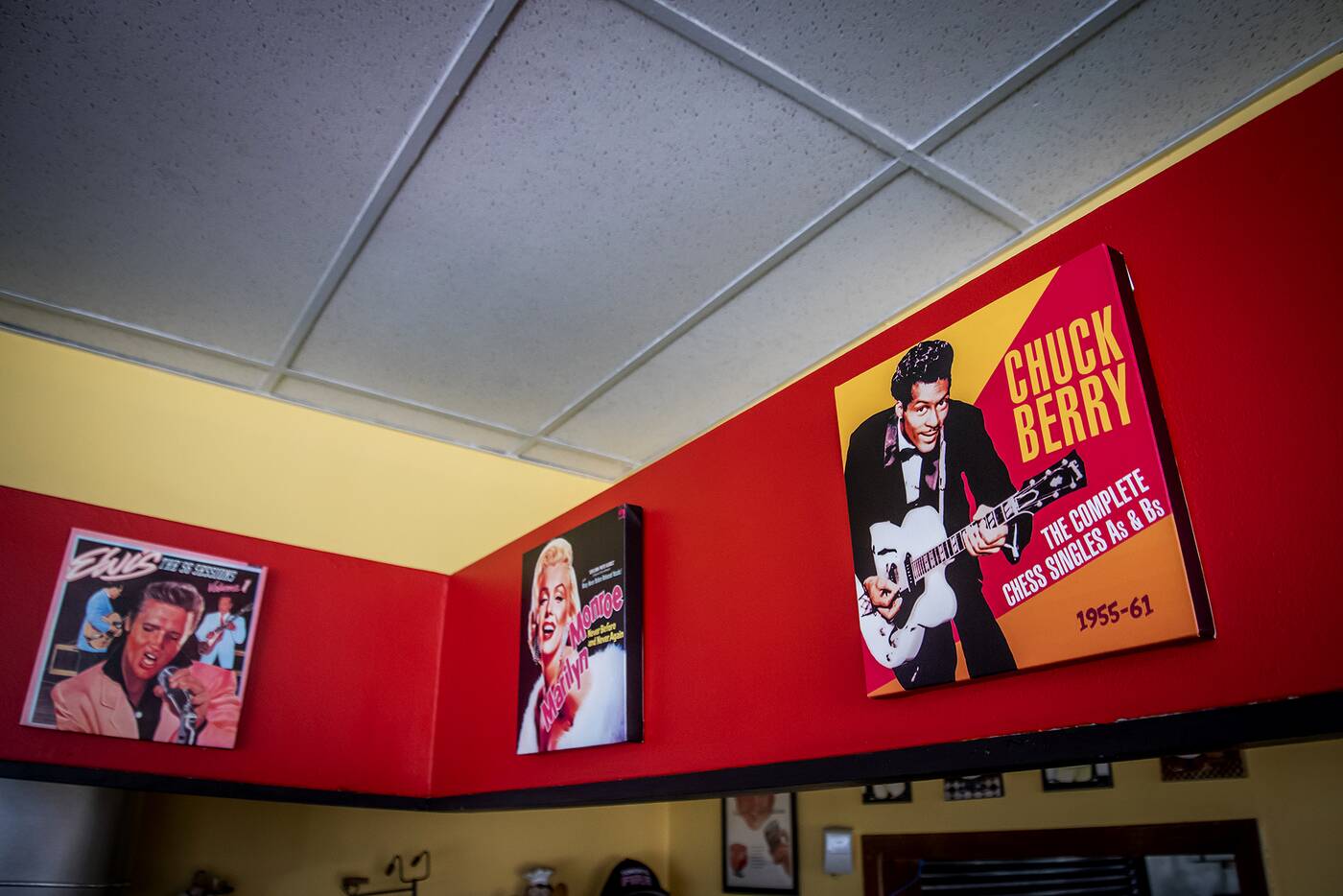 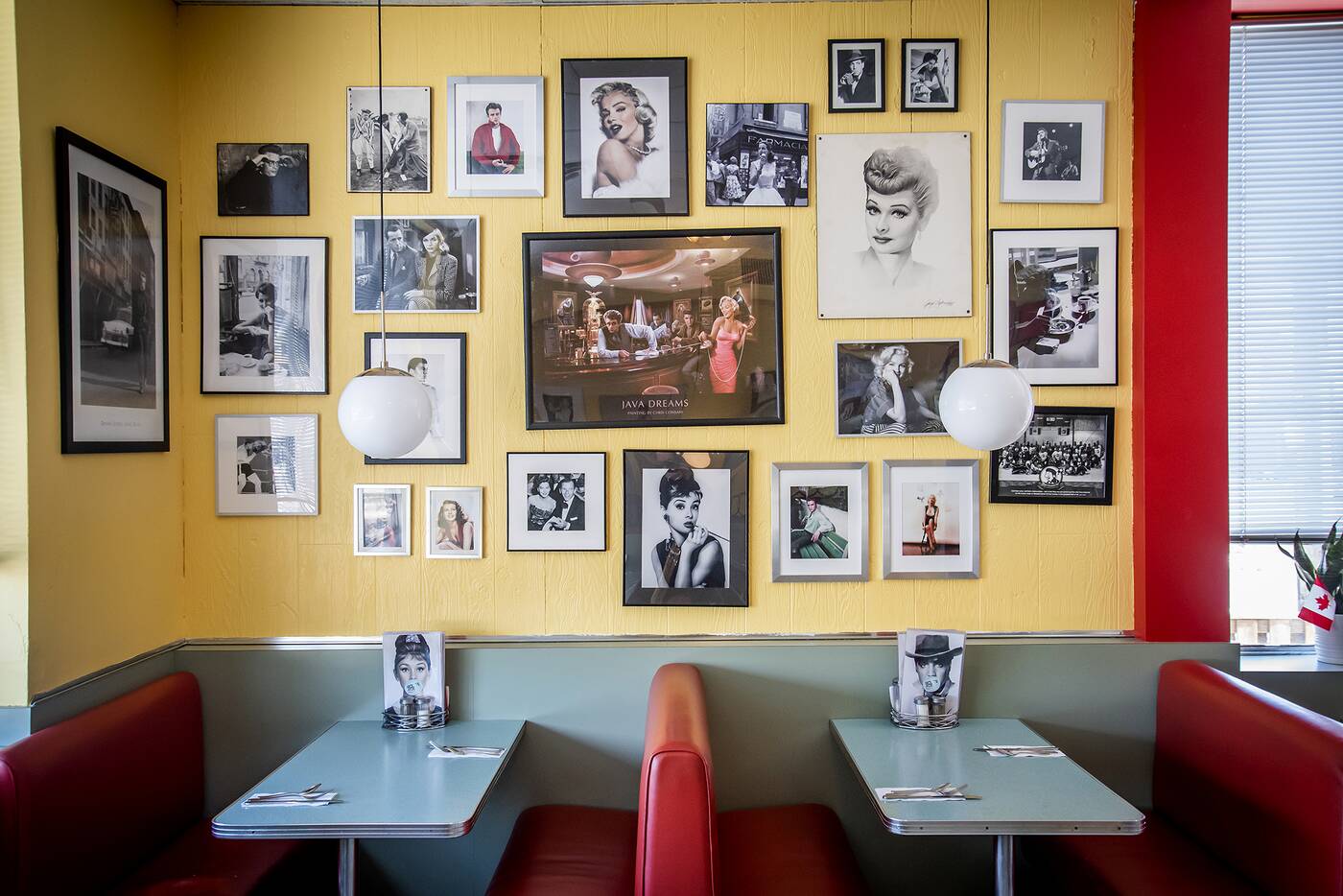 It probably won't come as a surprise that the restaurant has been used as a film set for movies (Kodachrome), TV shows (Suits, American Gods) and even a few commercials including one for Coca-Cola over the years. 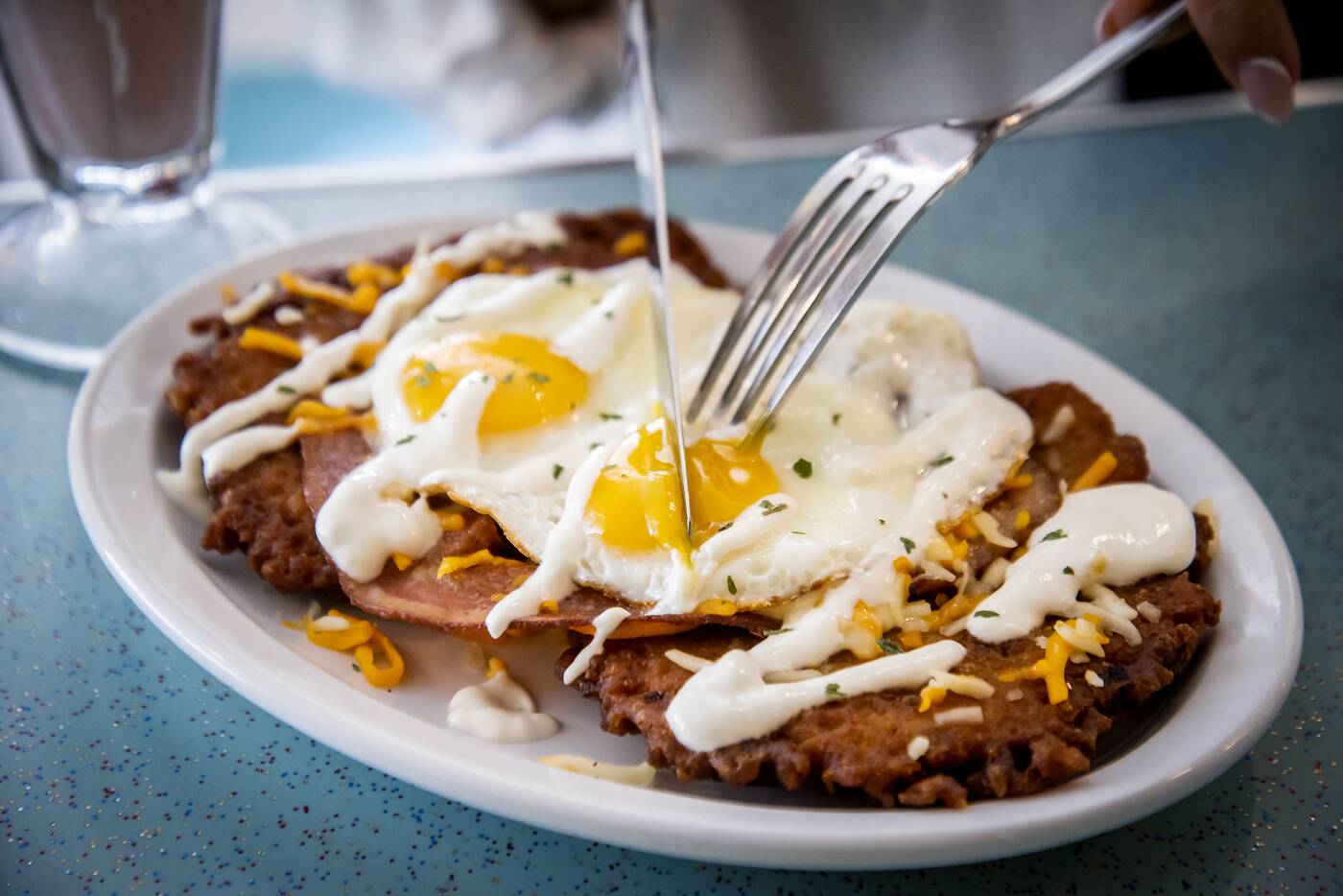 When it comes to the food, expect nothing less than all of the typical diner and comfort food classics with enough options to keep you fed from breakfast all the way through to dinner. 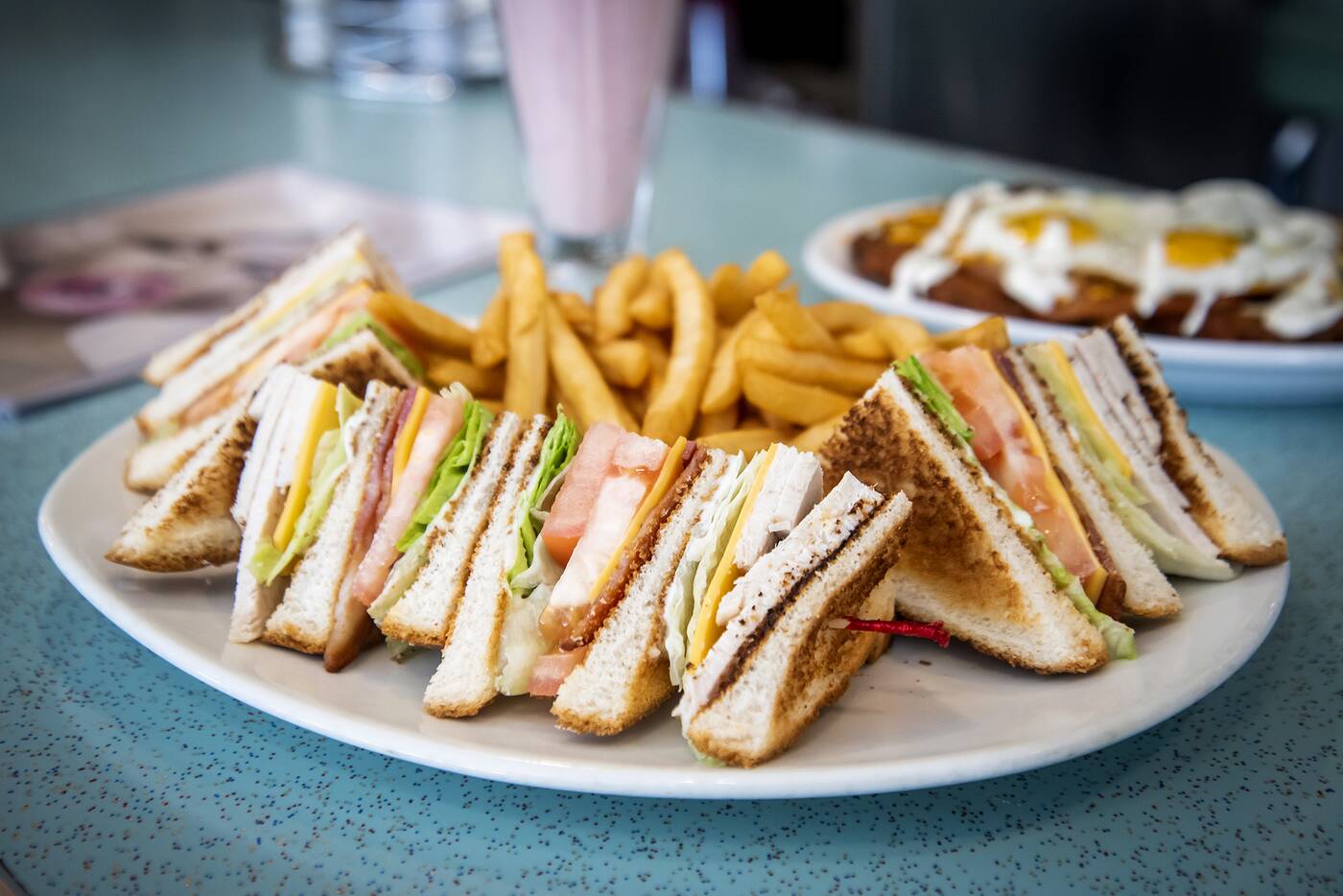 The 401 club ($15.75) is your standard clubhouse just with grilled chicken breast instead of turkey, along with bacon, tomato and lettuce plus a heaping portion of french fries on the side. 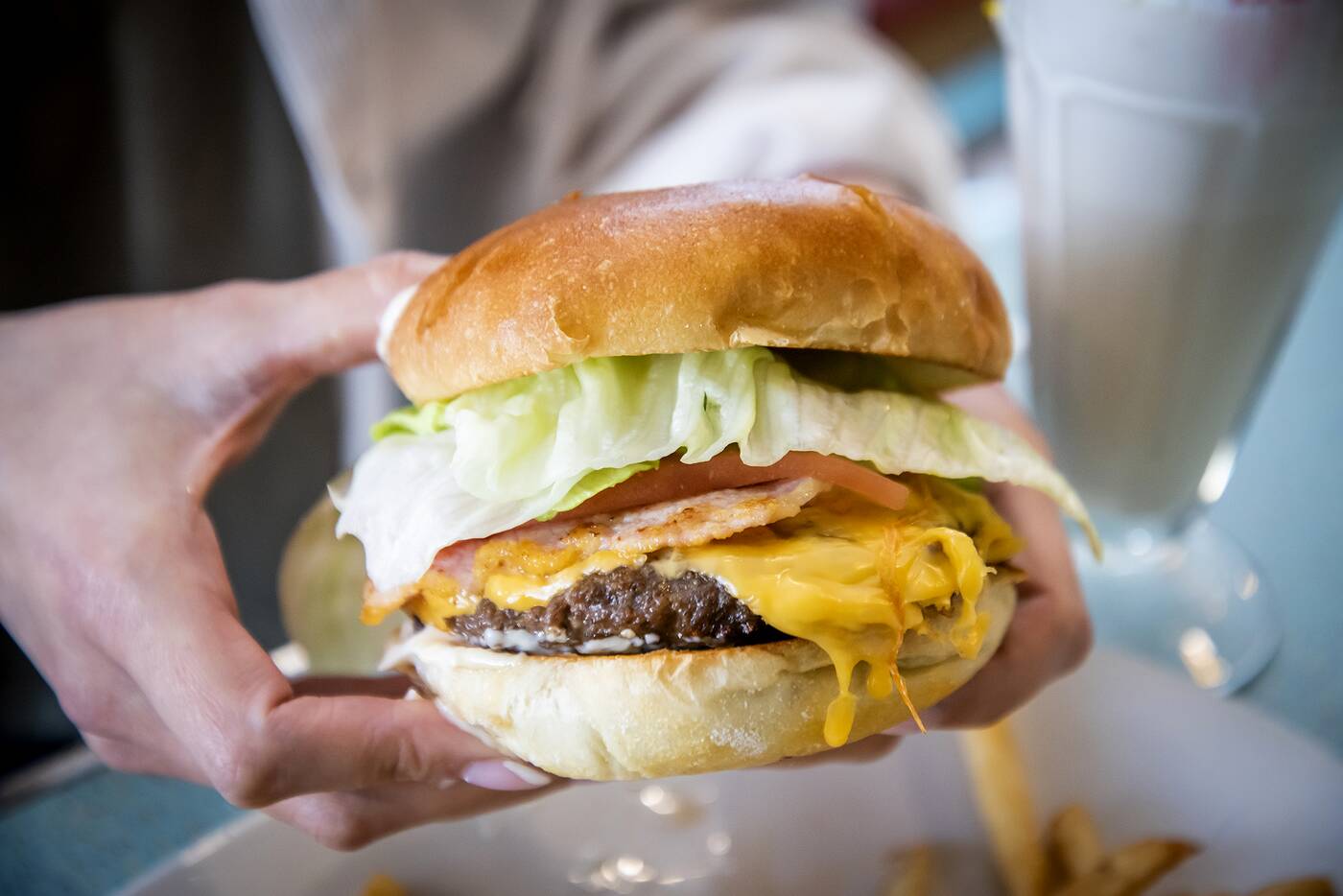 A whopping seven ounces and dripping with beef juices, the burgers here don't disappoint. Another namesake, the 401 burger ($12.25) gets a few strips of back bacon and cheddar cheese. 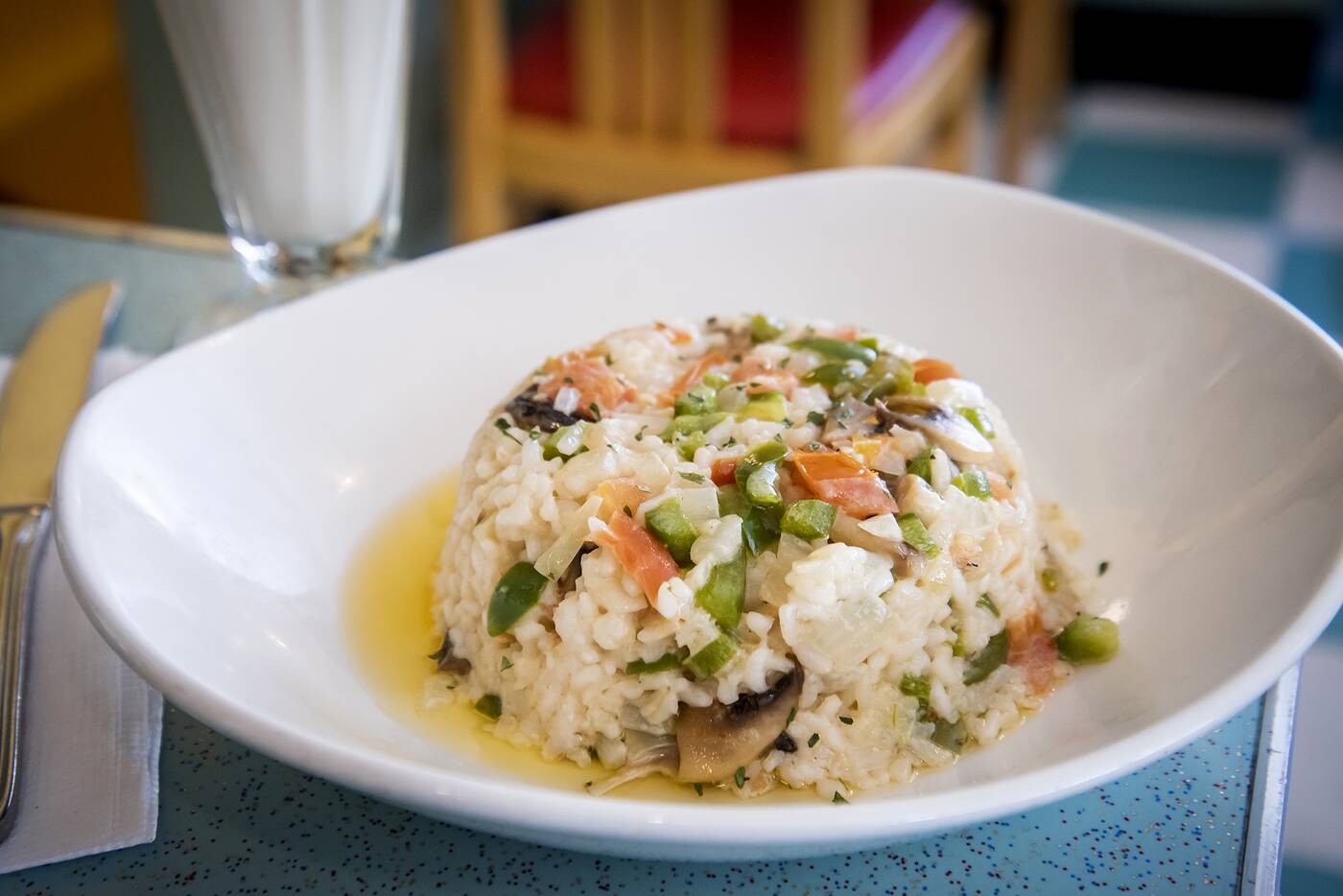 Dinner service, which runs from 5 p.m. until 9 p.m., started just recently due to popular demand from regulars.

Shrimp and vegetarian risotto ($15.95) are on the list, the latter consisting of tomatoes, peppers, mushrooms and onions in a white creamy sauce. 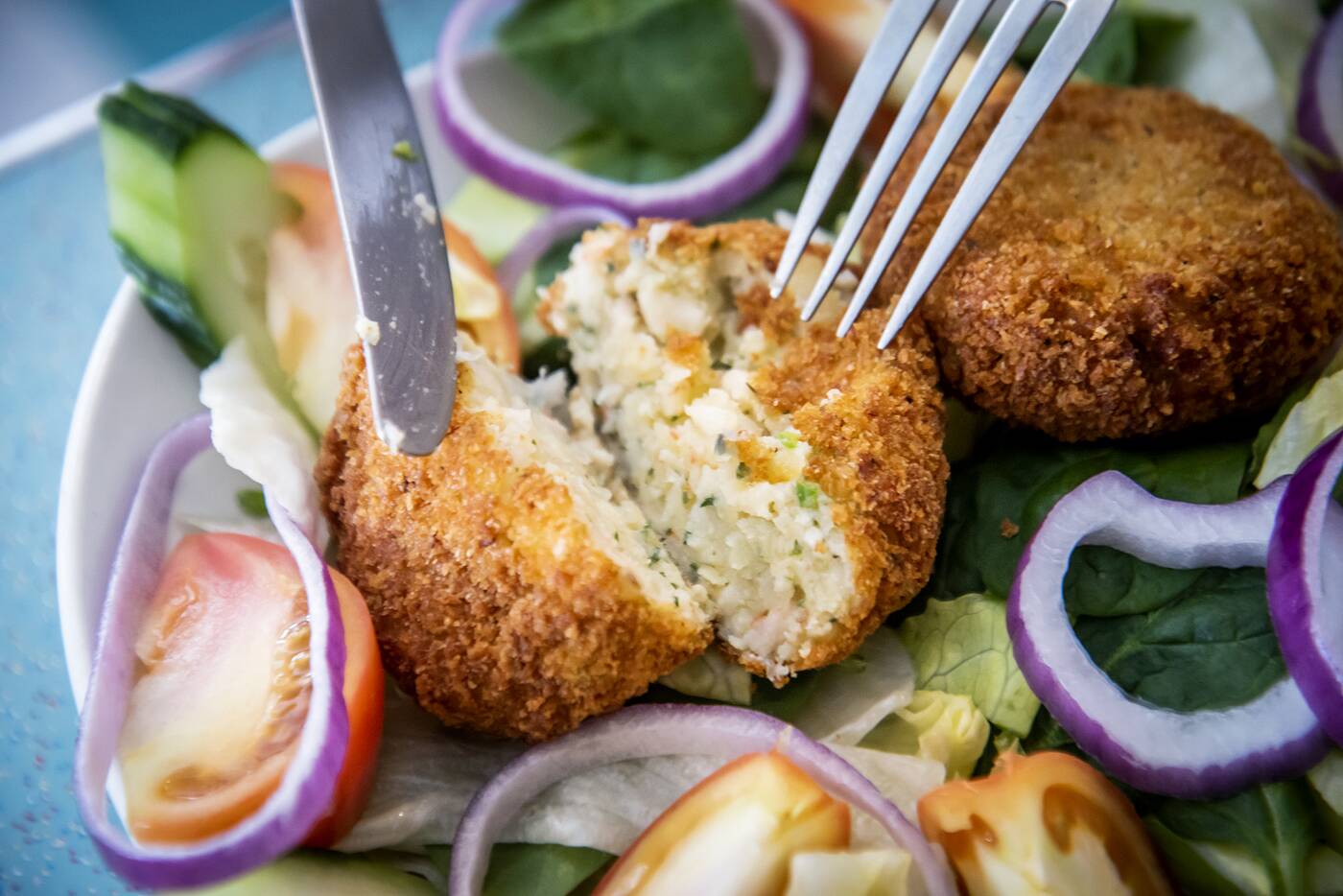 There are also crispy crab cakes ($13.95) served with a garden salad and chipotle mayo. 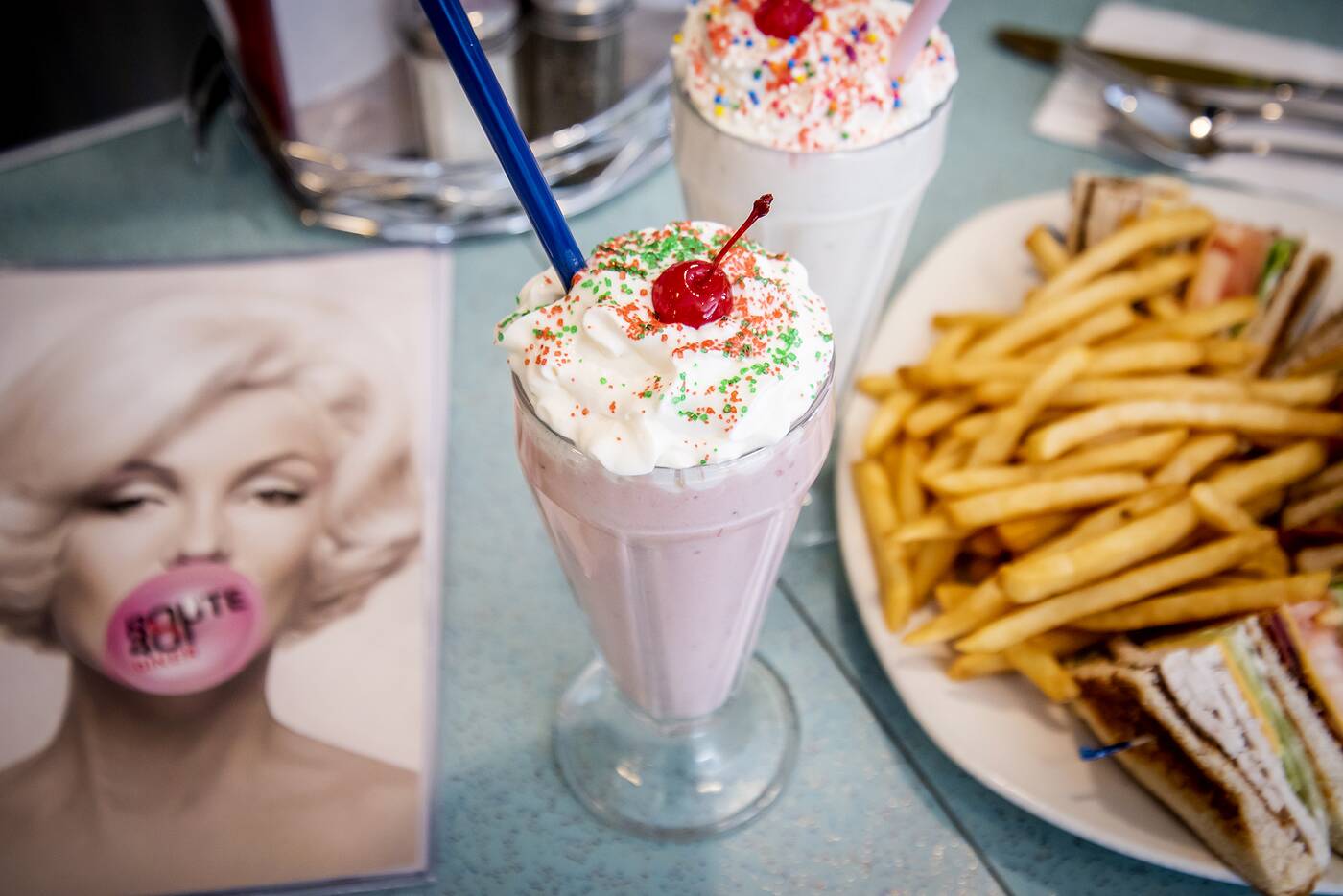 Doubling as a drink and dessert are the deliciously thick, sprinkle-covered milkshakes ($5.95). Take your pick between the classic flavours: vanilla, chocolate and strawberry. 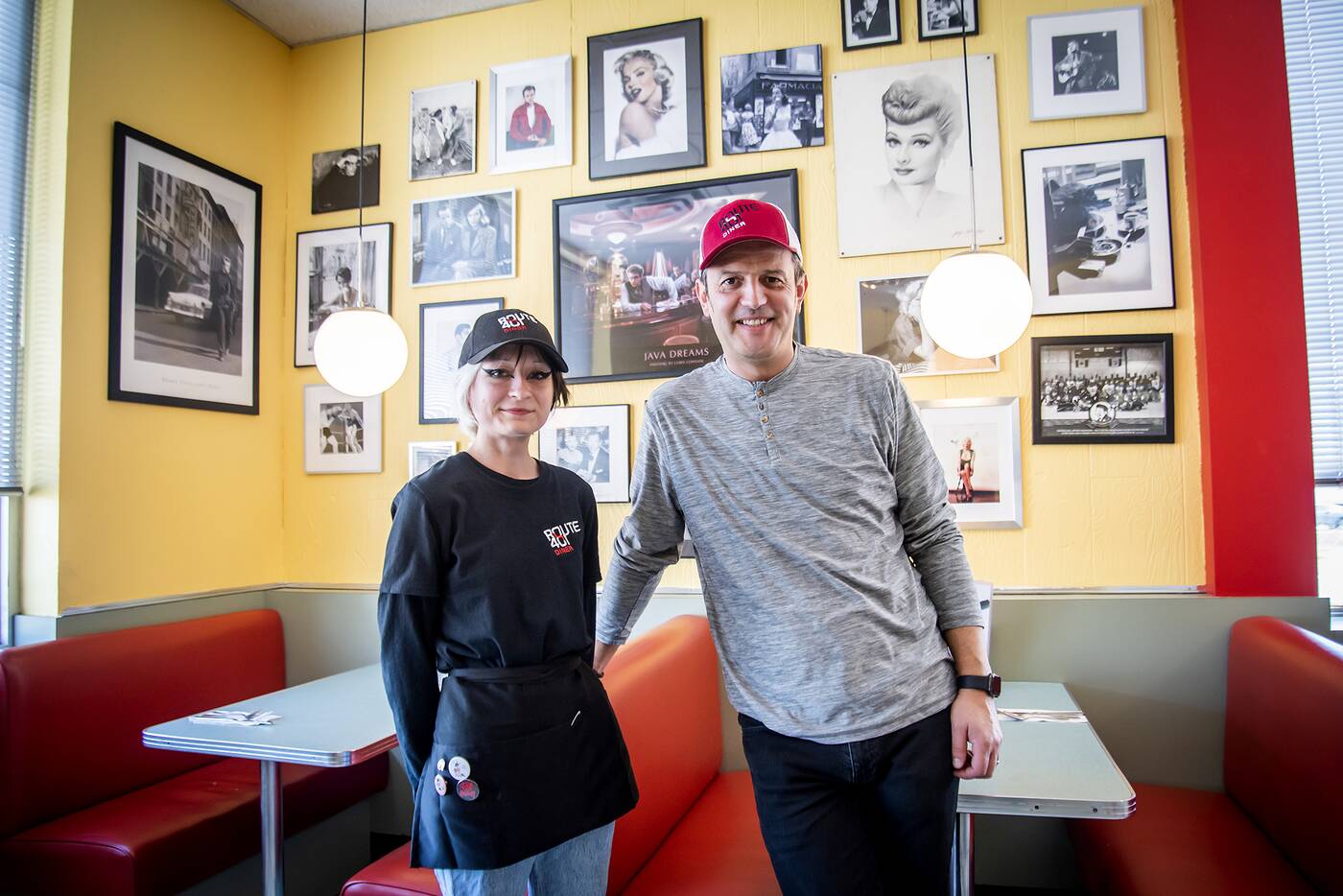 Owner Milan Markovic bought the diner, which was under a pretty thick layer of dust at the time, about six years ago and brought it back to its former glory.

As a longtime manager of corporate restaurants chains in NYC and Toronto, Markovic always wanted to open his own diner and found this restaurant "by fluke" one day on Kijiji. 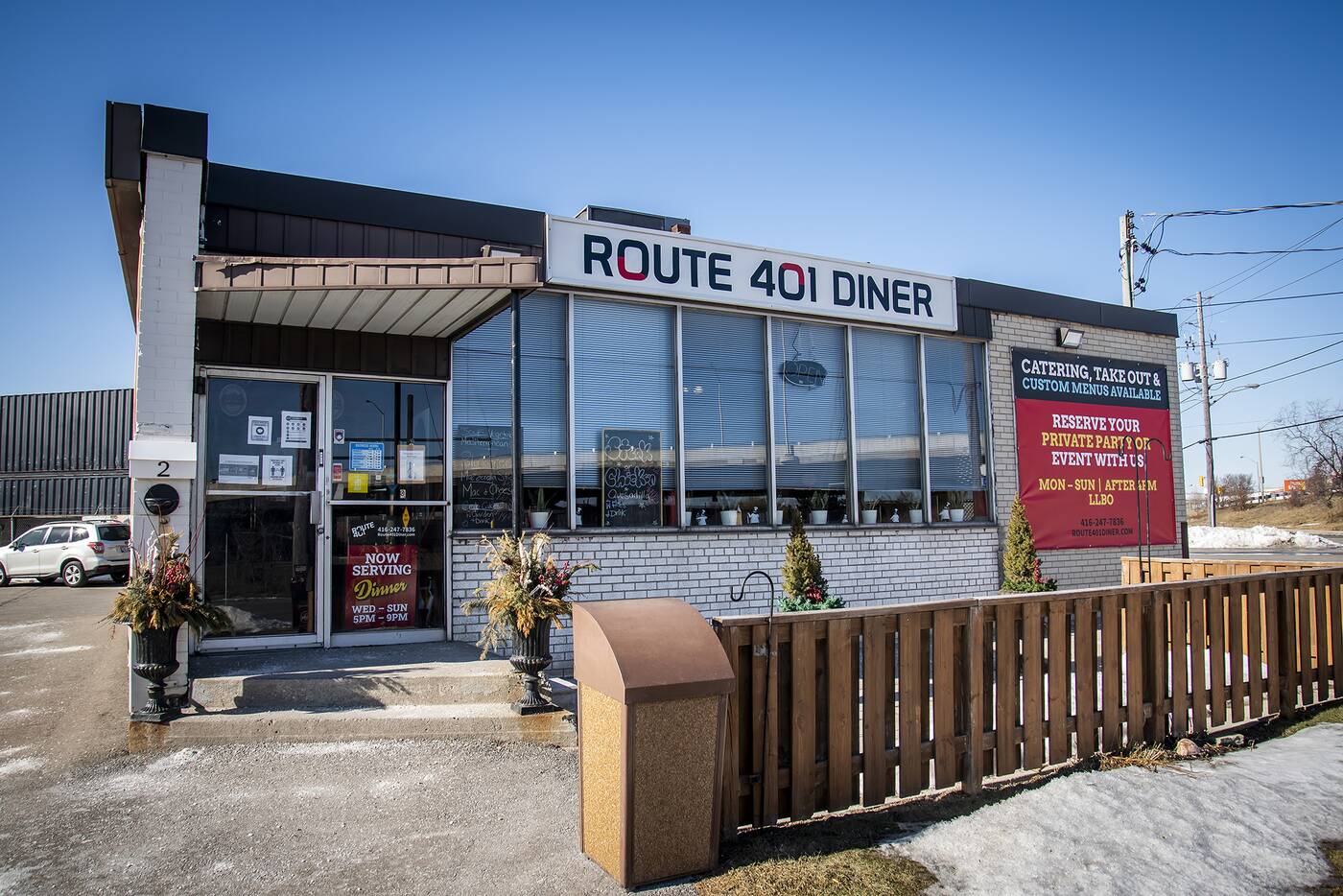 He credits his cooks, servers (one of whom is Hailey Magee who started back when Markovic bought it), and his loyal regulars for the continued success of the lonely diner along the highway.

The Best Cheap Breakfast in Toronto