P&M Restaurant is a family-run diner with hearty breakfasts, home-style burgers and Greek dinners fresh off the grill. 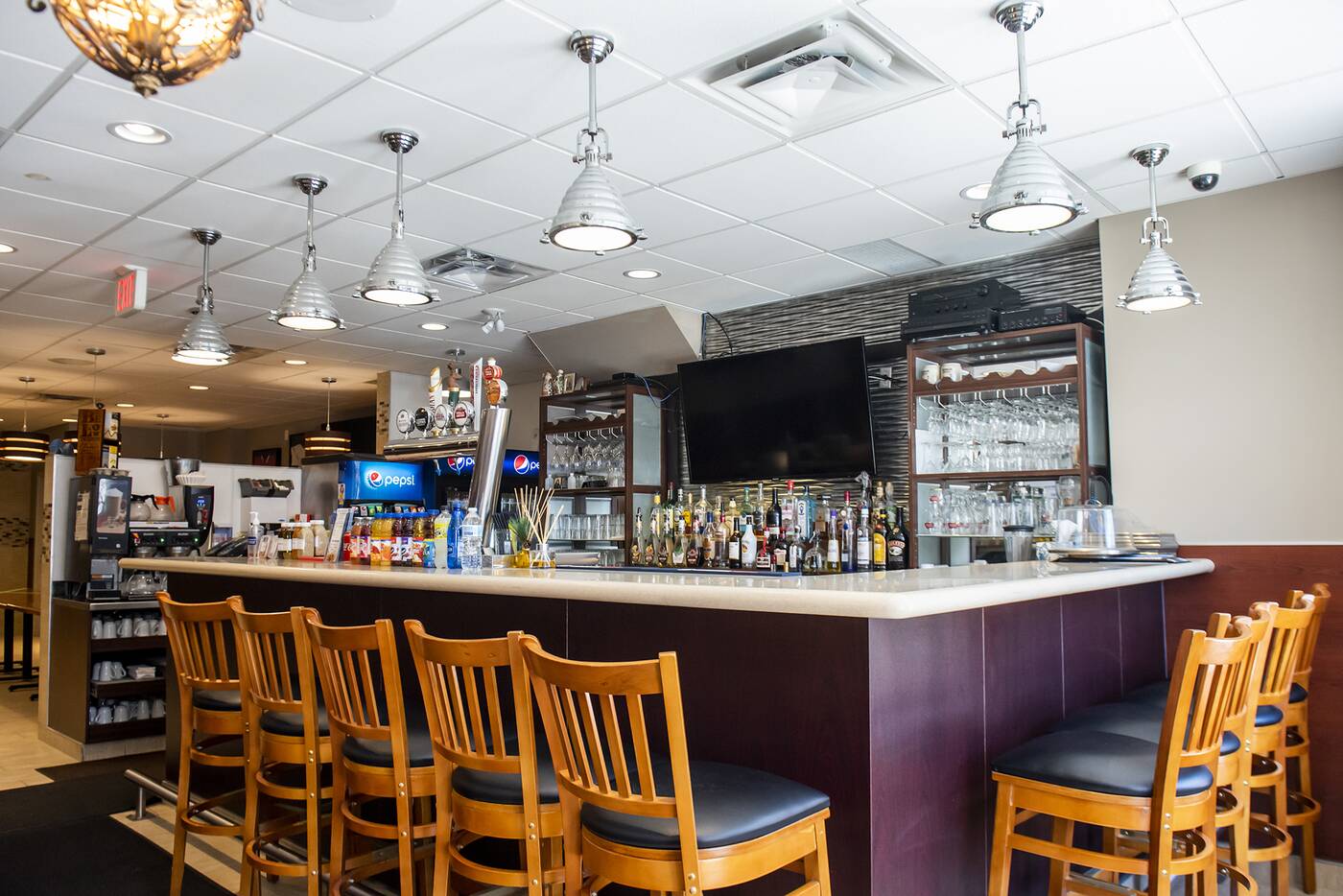 The restaurant has long been a fixture of the neighbourhood, first opening at Weston and Lawrence in 1970 by the original owners Peter and Mike, which is how it got its name. 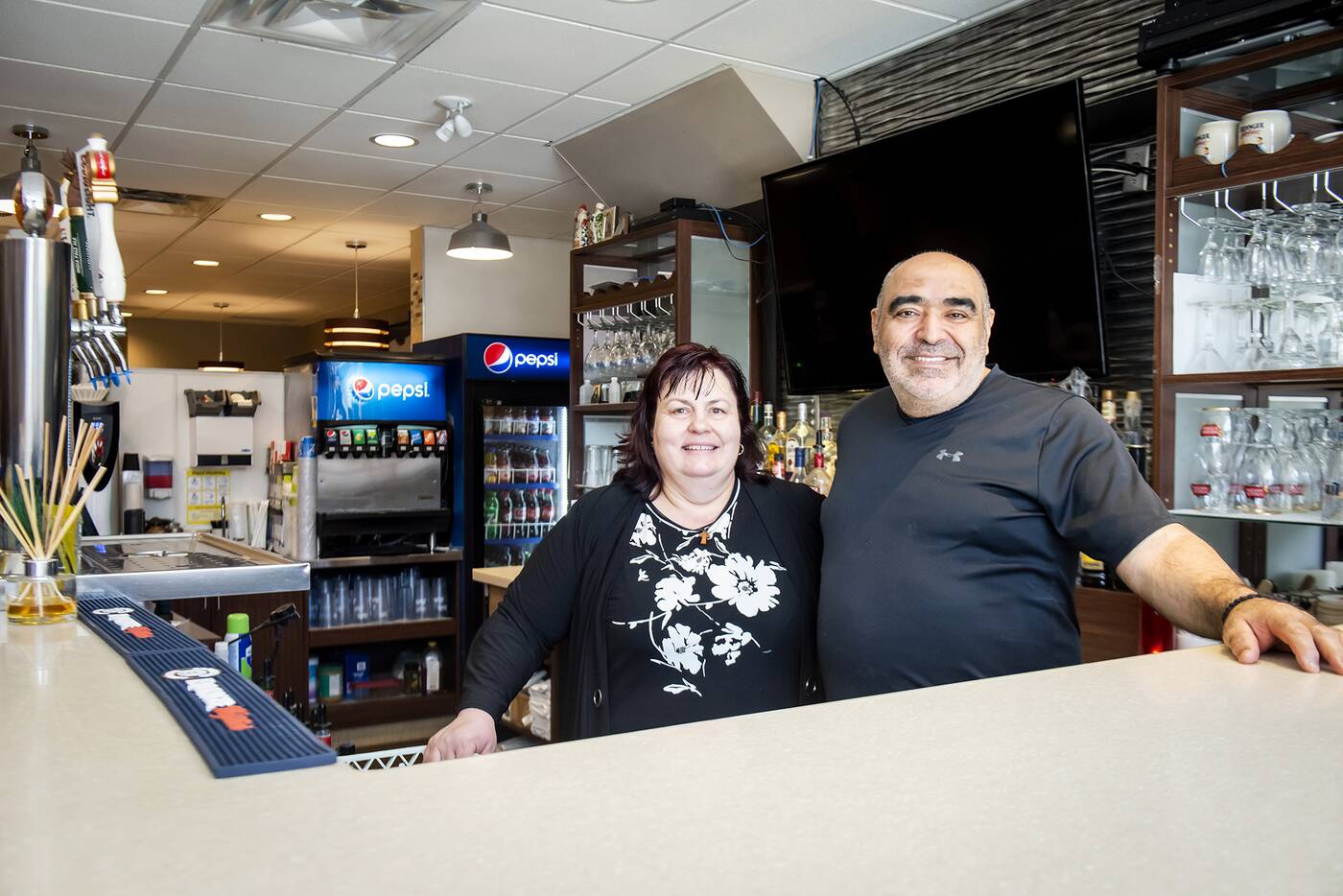 Frank Kalimaris and his wife, Niki, are the owners of the spot now, taking it over from Kalimaris' father who bought the restaurant about five years after it opened. 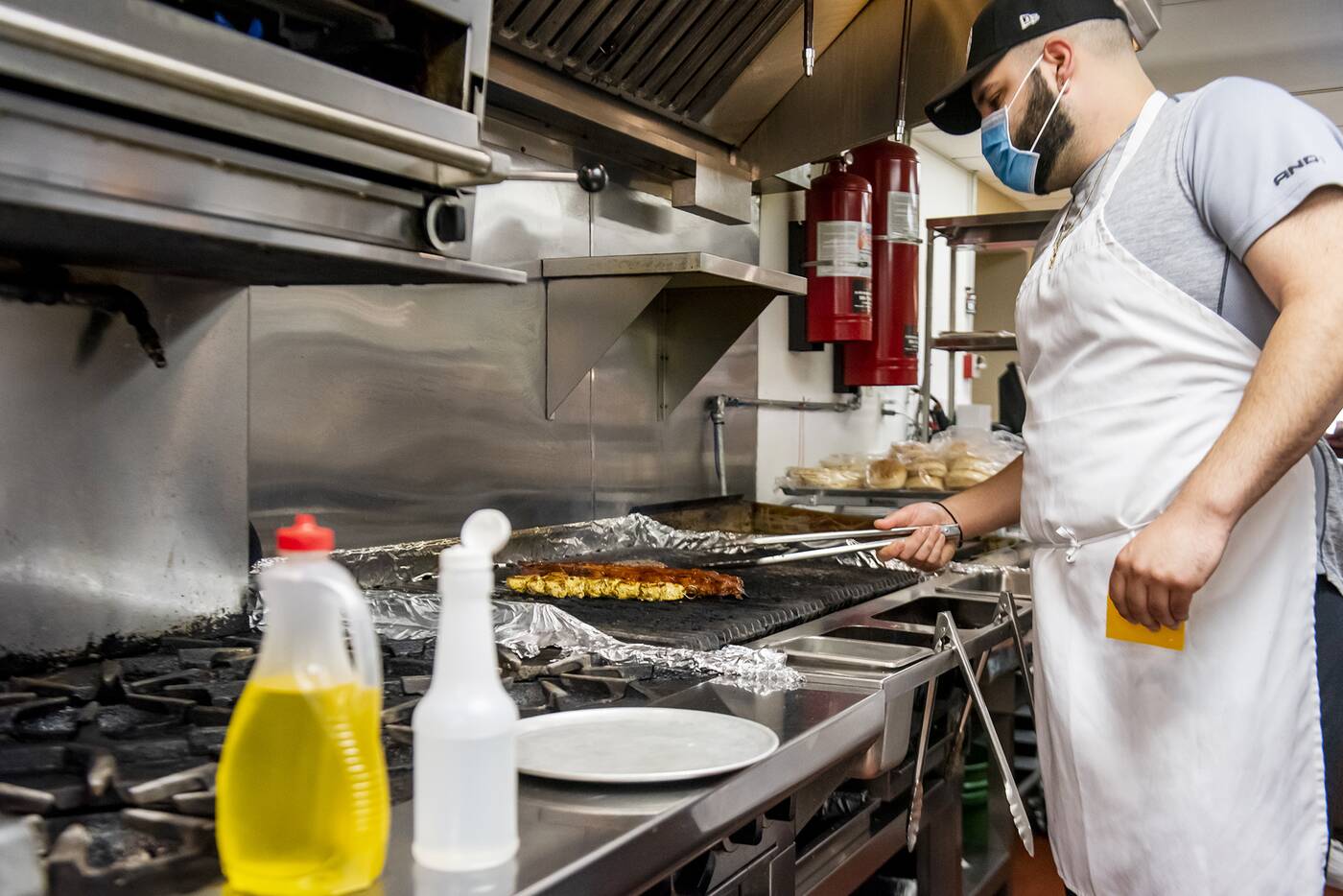 Wanting to expand on his father's legacy, Kalimaris moved operations a few doors down from the original spot replacing the Central Bar & Grill. Now the kitchen, where Kalimaris' father once worked as a line cook, is larger than the old restaurant. 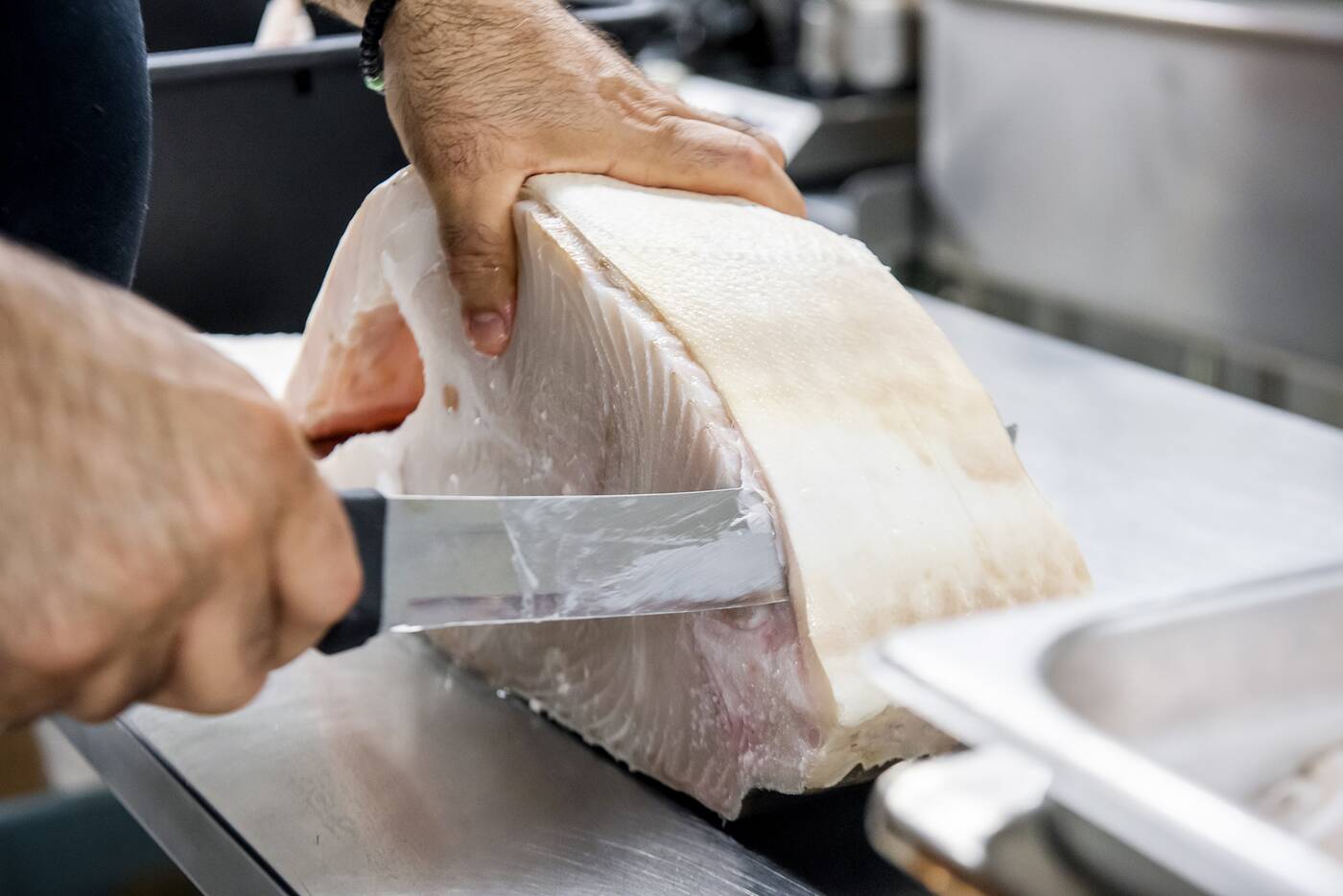 Kalimaris continues to serve several original menu items to returning regulars with help from his wife and kids, George, Peter and Katerina. This includes the halibut. Kalimaris buys it from Alaska as a whole 160-pound fish and cuts it himself. 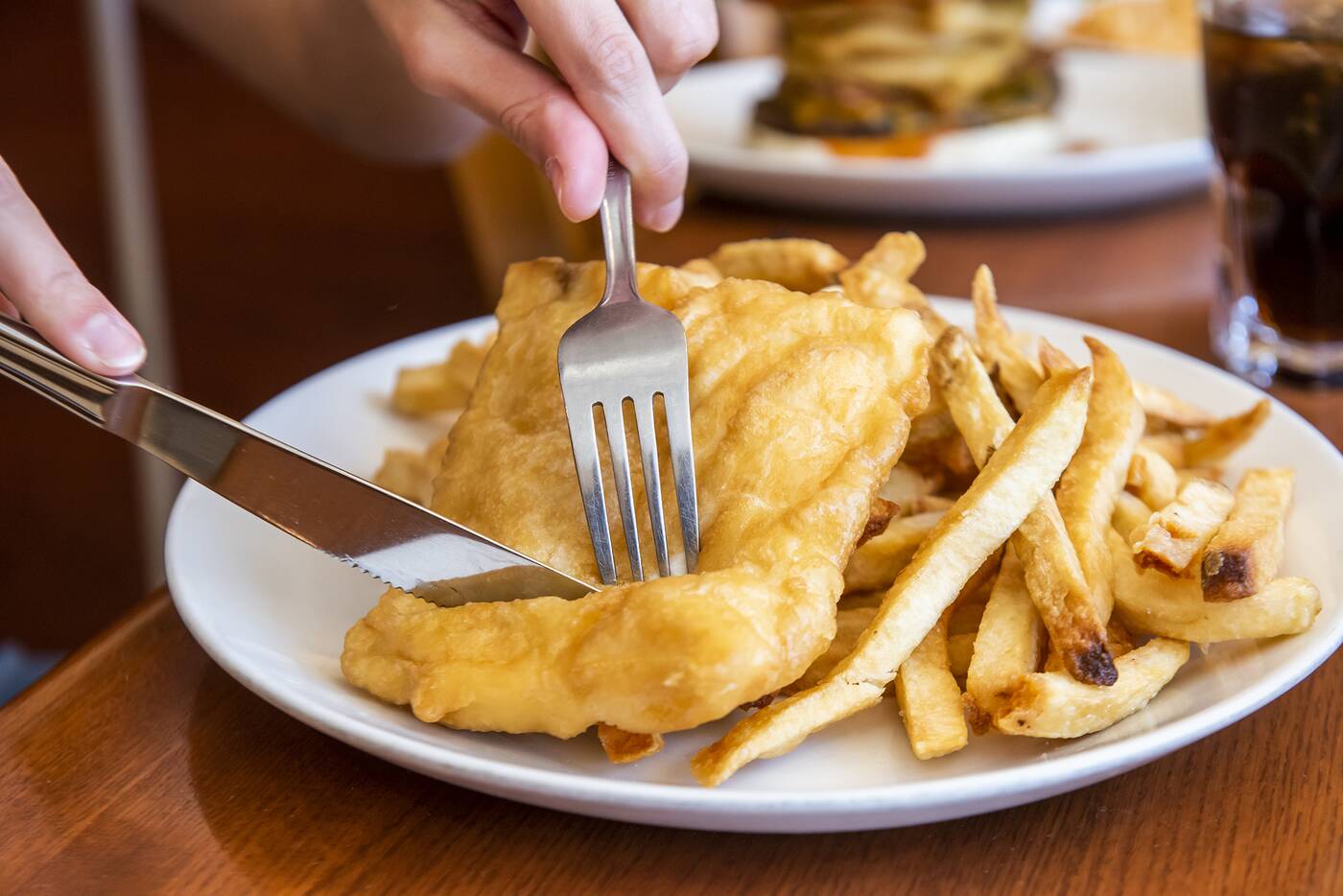 Halibut has always been the fish of choice instead of cod as Kalamaris says it's firmer and less fishy smelling and tasting. It always comes as one large piece, lightly battered and on the side of fresh-cut fries ($16). 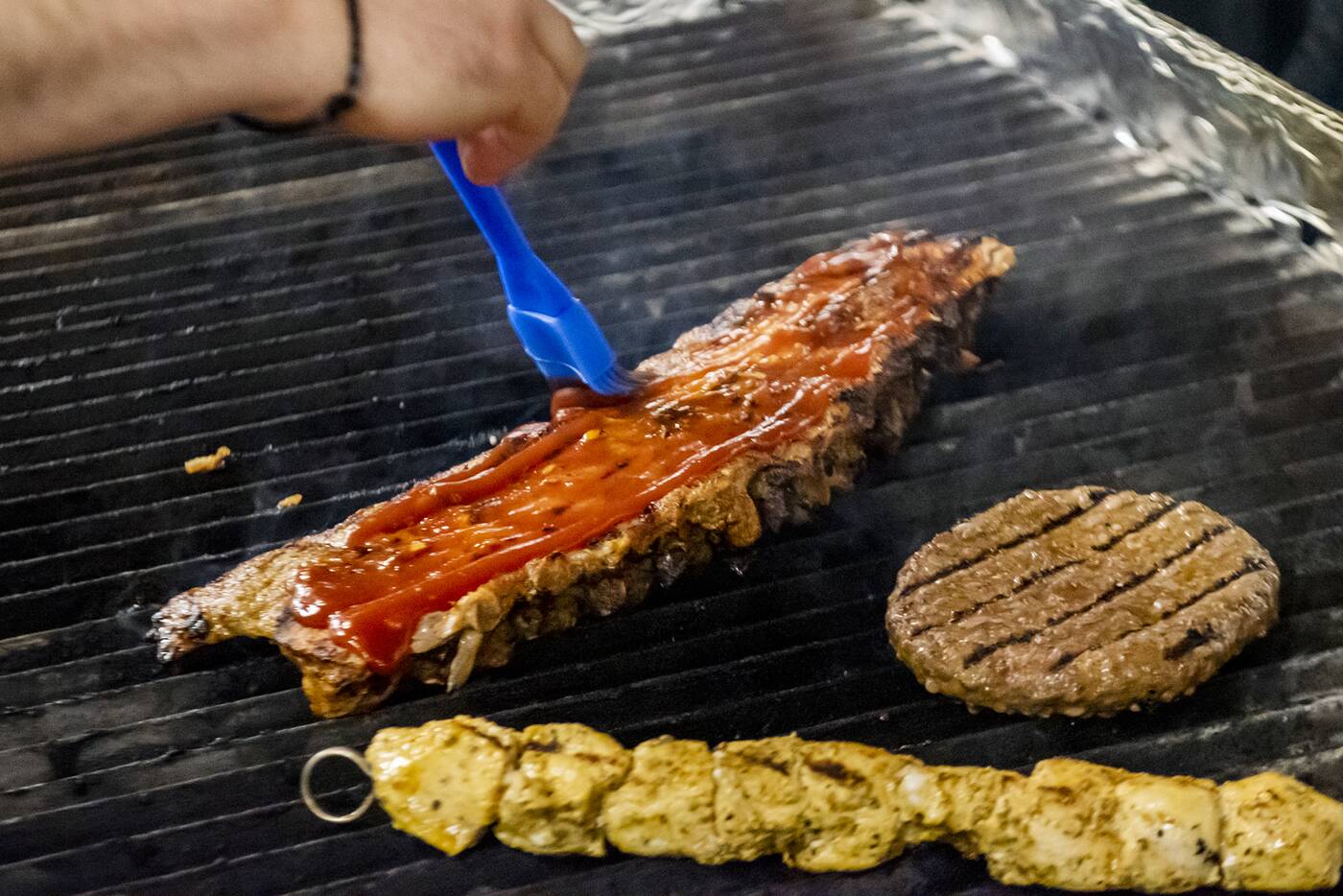 The one son Peter prepares every rack of rib in a spice rub concocted by his mom, along with homemade barbecue sauce and apple juice, giving it a unique taste. It's braised for three hours before hitting the grill. 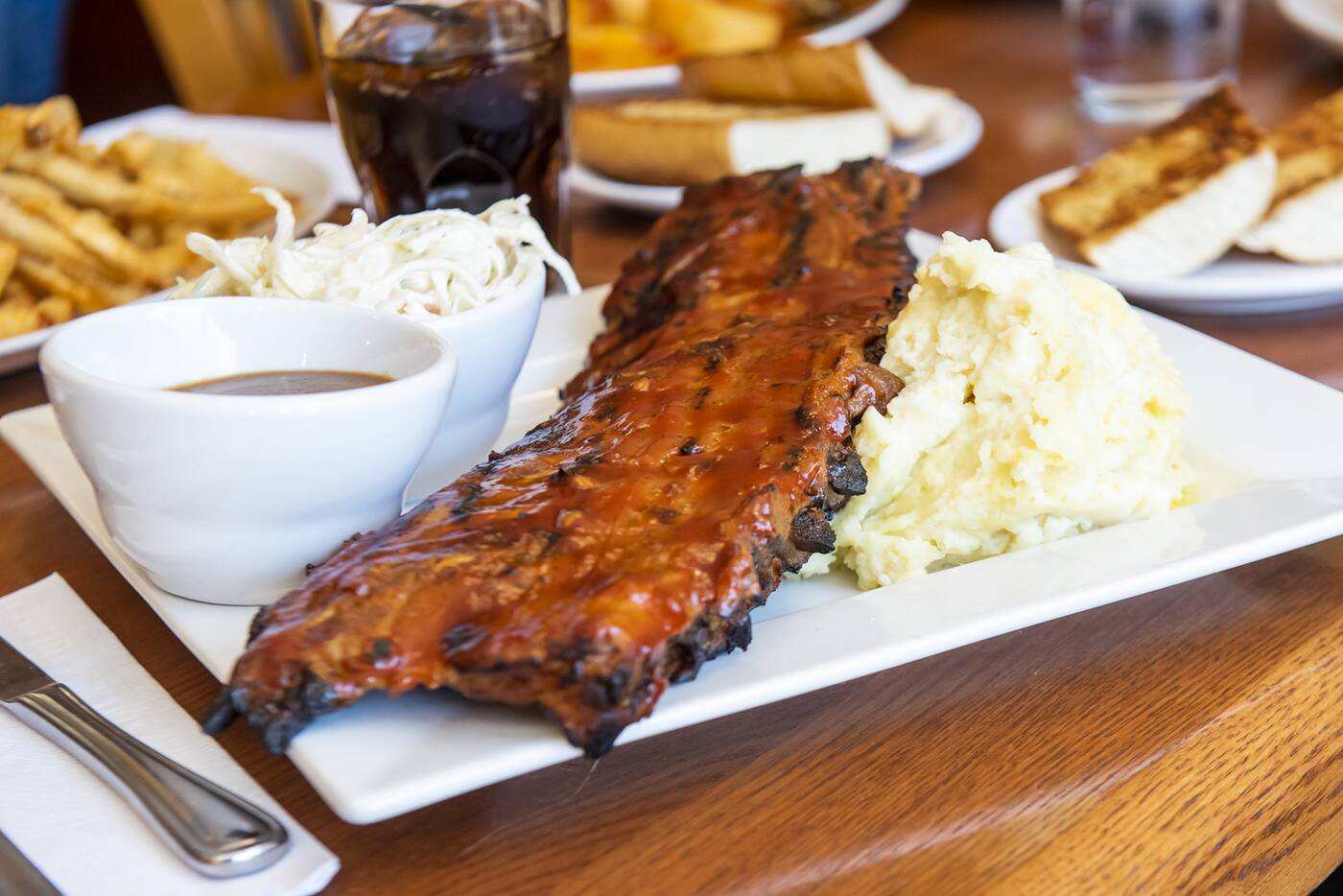 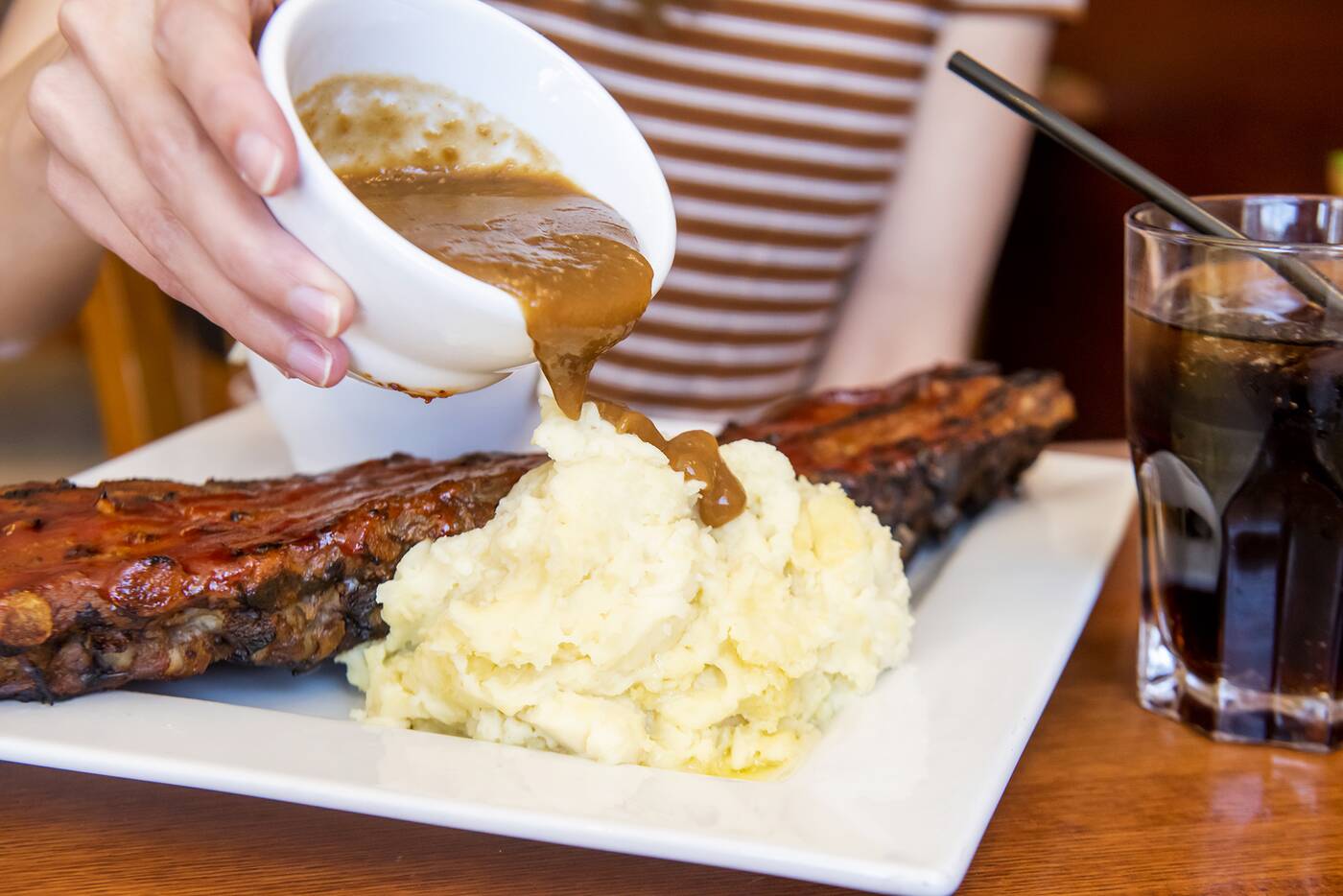 Mashed potatoes and the creamy coleslaw come highly recommended. The creamy potatoes taste even better with a splash of homemade beef gravy. 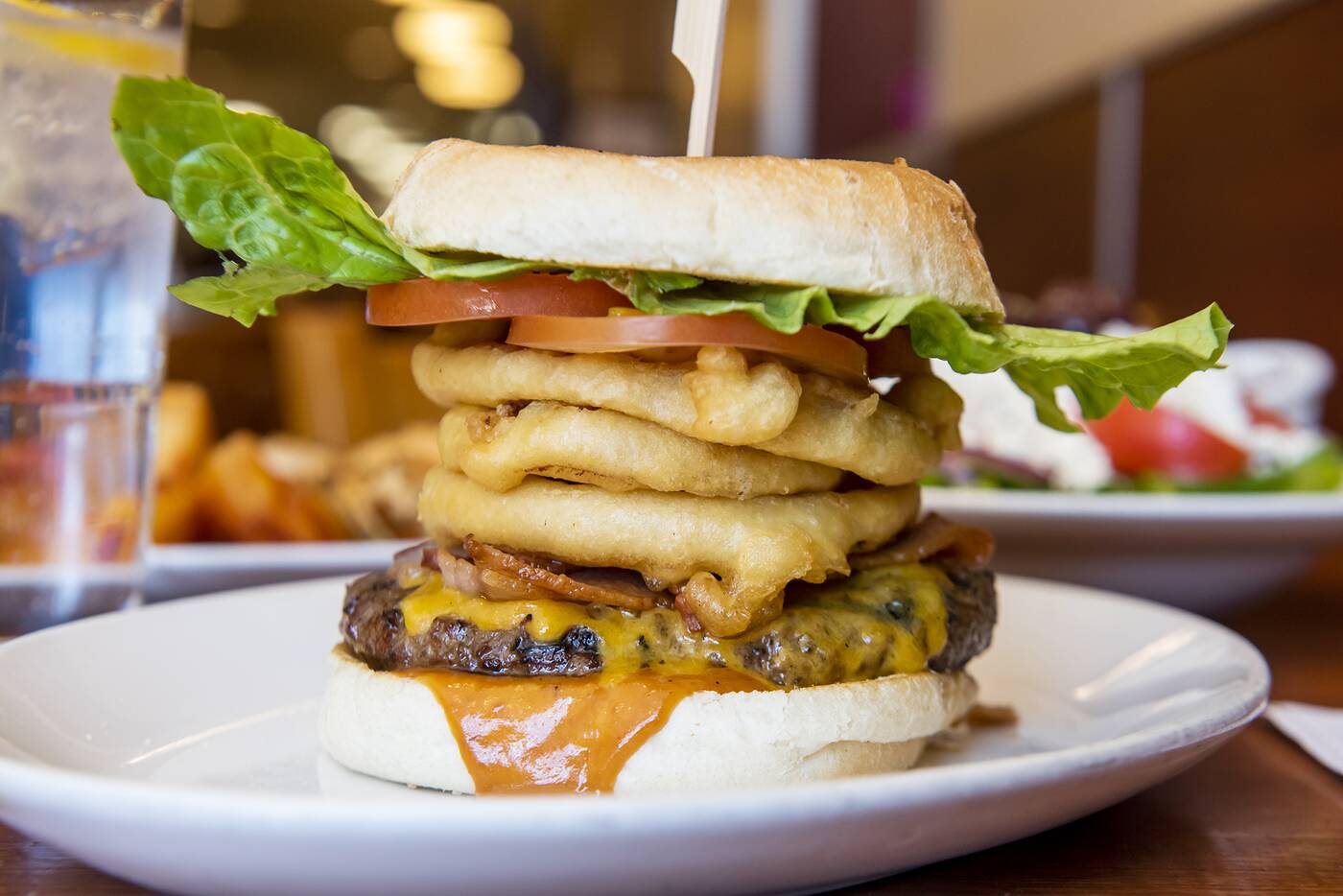 When it comes to the eight-ounce burgers on the menu, the ringer ($12.05) has to be the favourite. It's topped with bacon, cheddar cheese, mayo, lettuce, tomatoes, freshly battered onion rings and ringer sauce.

Created by Kalimaris' wife, Niki, the recipe includes barbecue, mustard and hot sauce as a few of its main ingredients. 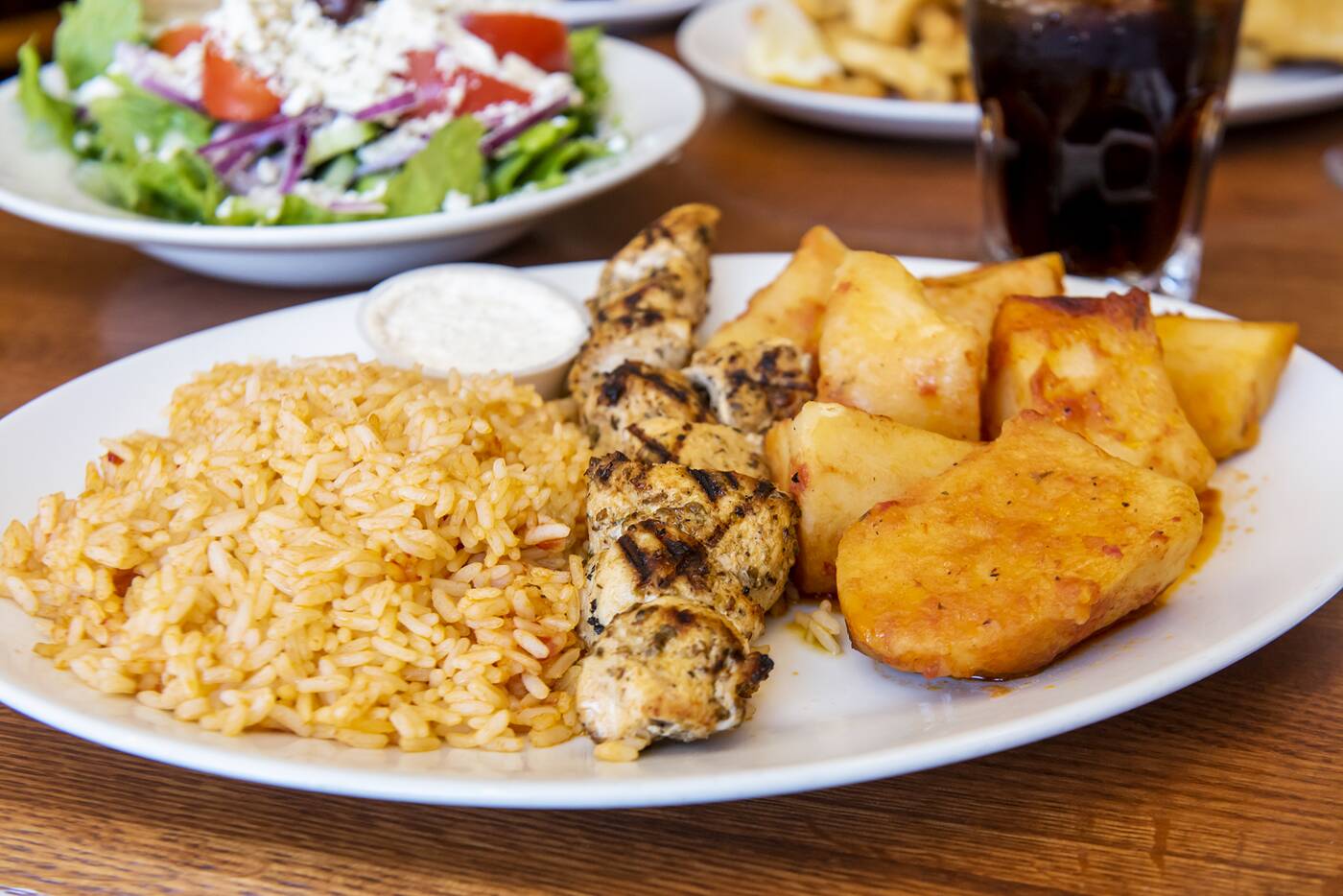 And of course, the chicken souvlaki ($19.26) has been another long-time highlight. The chicken is marinated, seared to bring out the flavour and then grilled. The roasted potatoes and rice it comes with are prepared every day in a tomato sauce with sauteed onions. 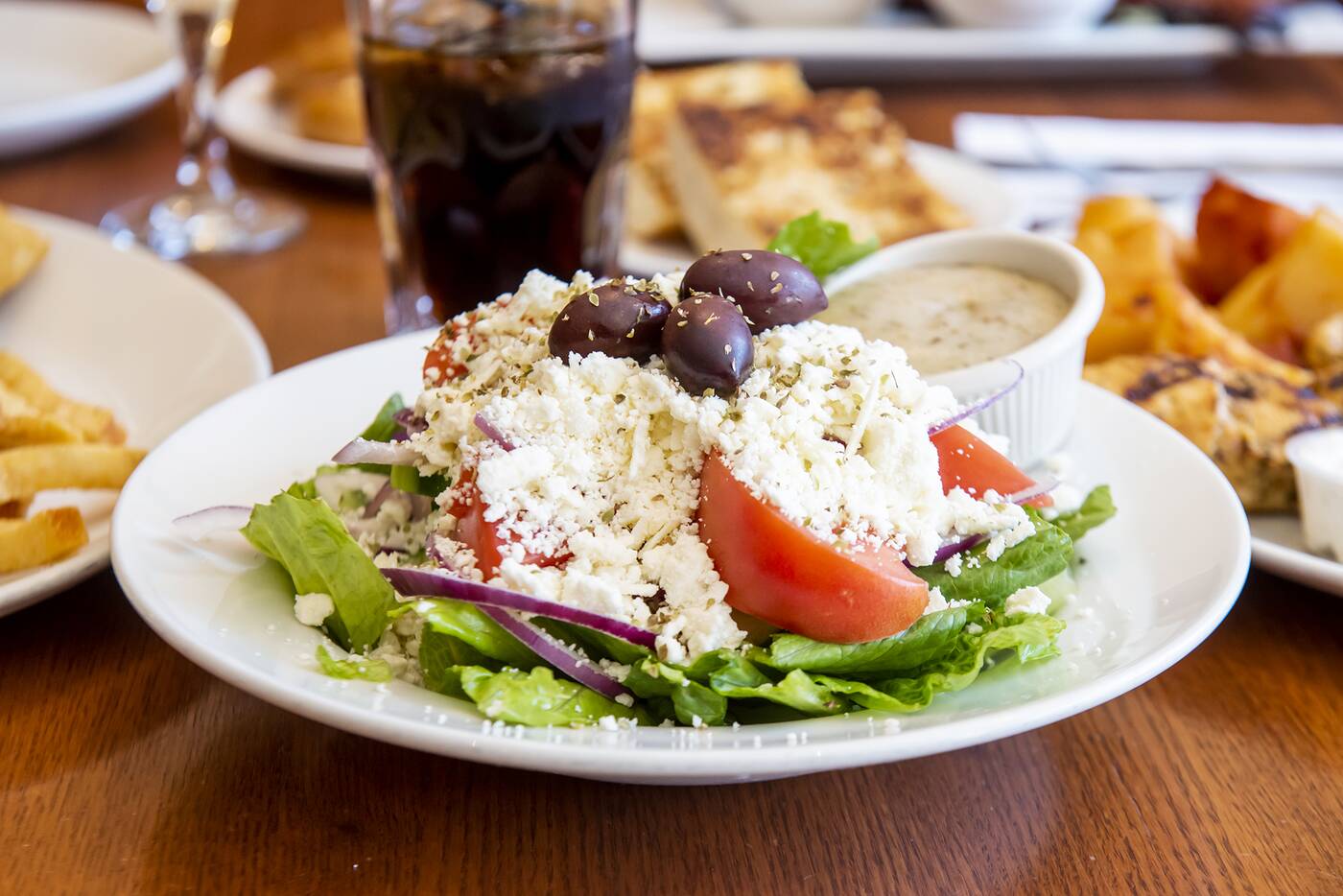 Feta-covered Greek salad and garlic toast complete the meal. They make the dressing themselves and it's so good they sell it in a bottle ($3). 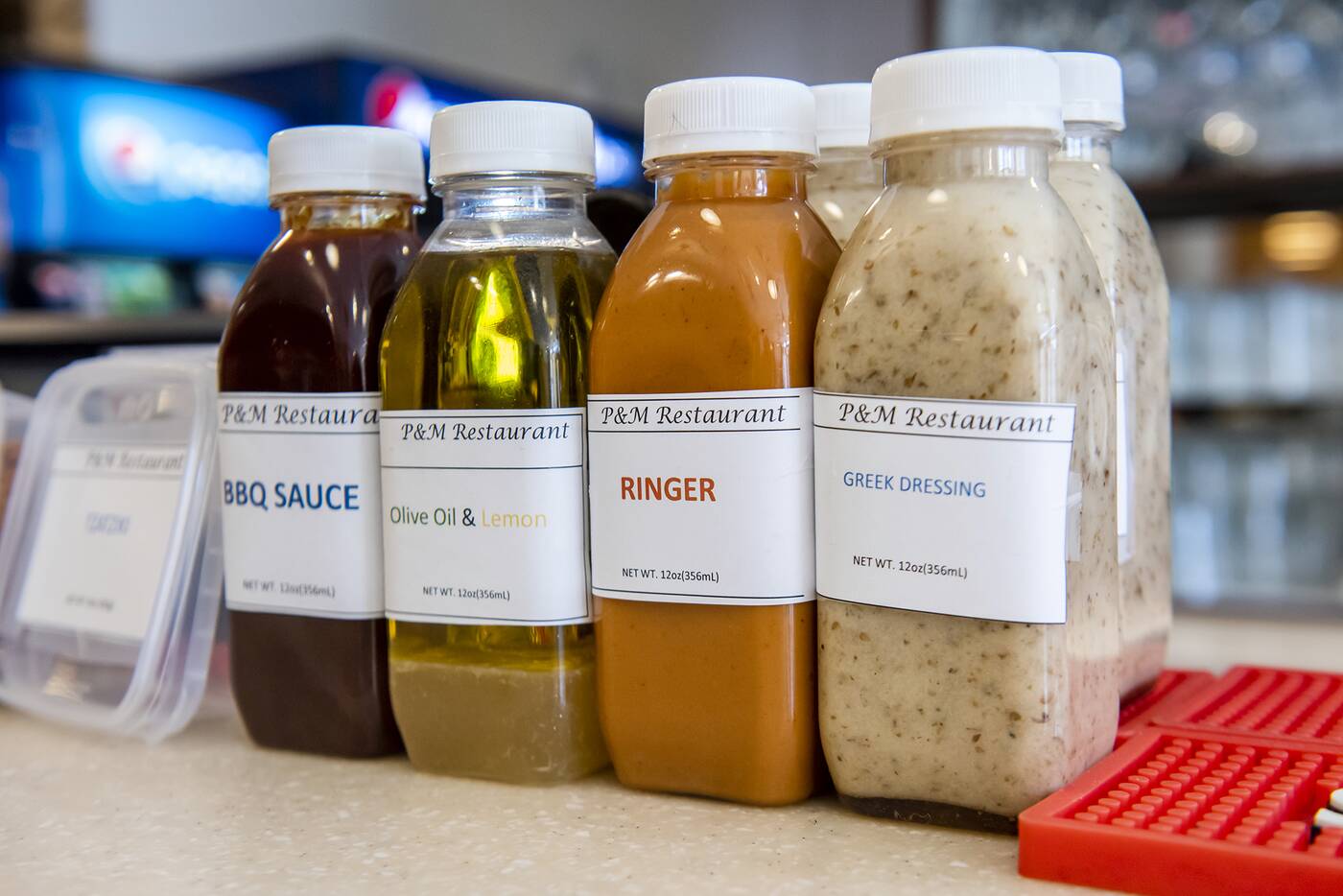 The ringer sauce, barbecue sauce, olive oil and lemon, house rub and tzatziki are also sold by the bottle to take home.

P&M Restaurant has been serving tasty homemade meals and Greek classics to the block for 46 years. And after all this time, the enduring establishment has earned a reputation for its good food. 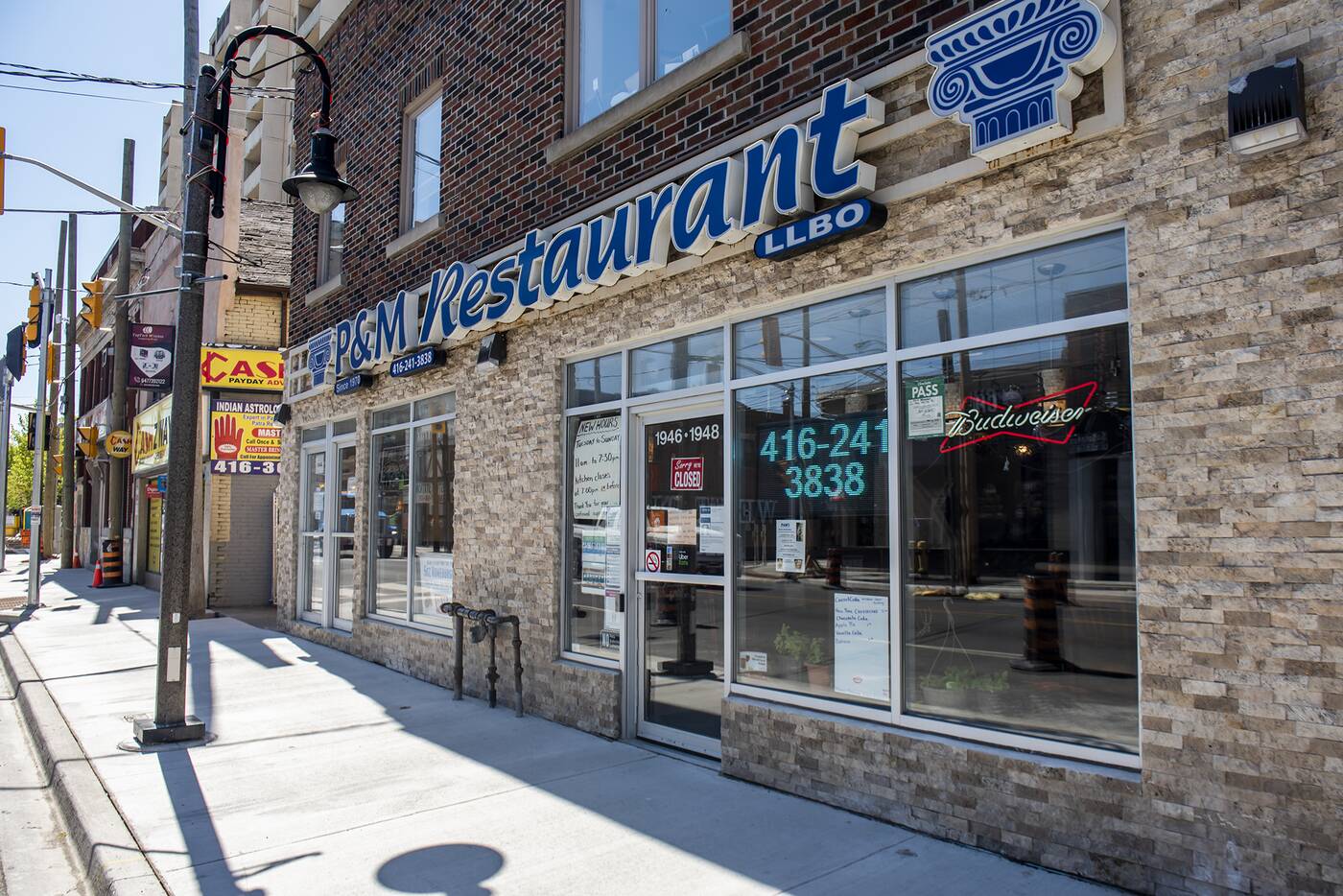