Cafes and bakeries Toronto lost last year we'll miss the most include a gluten-free spot, an empanada producer, a location for some of the city's most popular cakes, a legendary Chinese business, a runner's hub and, sadly, many more. If java or focaccia is your jam, you were bummed when these places closed.

Here are some of the cafes and bakeries Toronto lost last year we'll miss the most.

This bakery for tasty, golden brown empanadas and hopia may not have lasted the year in Scarborough, but its flaky baked treats will definitely be remembered.

A second location of this patisserie known for banana cream pie eclairs opened up at Queen and Dovercourt recently, but it wasn't able to survive the pandemic.

A location of this bakery that makes everything vegan from cupcakes to soft serve wasn't able to stay open in the Dundas West neighbourhood right near Ossington.

After owing around $35,000 in rent, this Little Italy outpost of a Japanese cheesecake brand was evicted by the landlord.

Gluten-free everything was once the specialty of this empire, but the business had to shut down a Vaughan flagship, a Saks Food Hall stall and a Yorkville cafe this year. 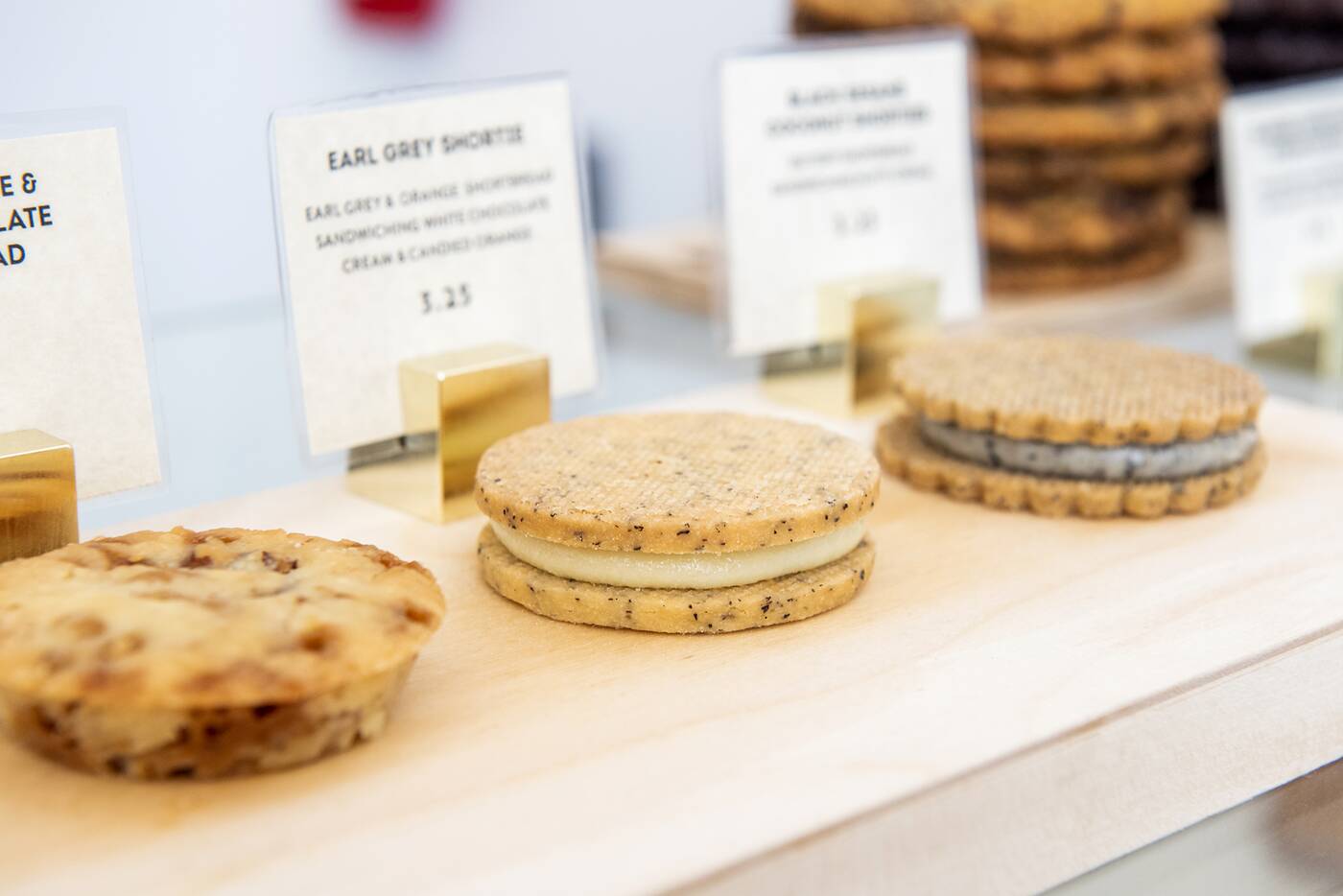 Cookies, croissants and more were sold at Roselle's second location that closed. Photo by Hector Vasquez.

You can no longer get renowned loukoumades, baklava, spanakopita, cakes and bread from this Danforth bakery that shut down after many years in business.

Mouthwatering macarons were what this bakery near Queen and Spadina was known for, but after nearly five years in business it permanently closed this year.

Chinatown lost one of its central community hubs this year when this cake and dessert place closed down permanently after serving the neighbourhood for over 30 years.

It's possible this shortbread business could reopen in its original location if they get financing, but for now its hidden away retail shop in Leslieville has closed.

An uptown location of a popular bakery for cakes (including plant-based ones) closed their Yonge location after 18 years, making the Queen West store the only one left. 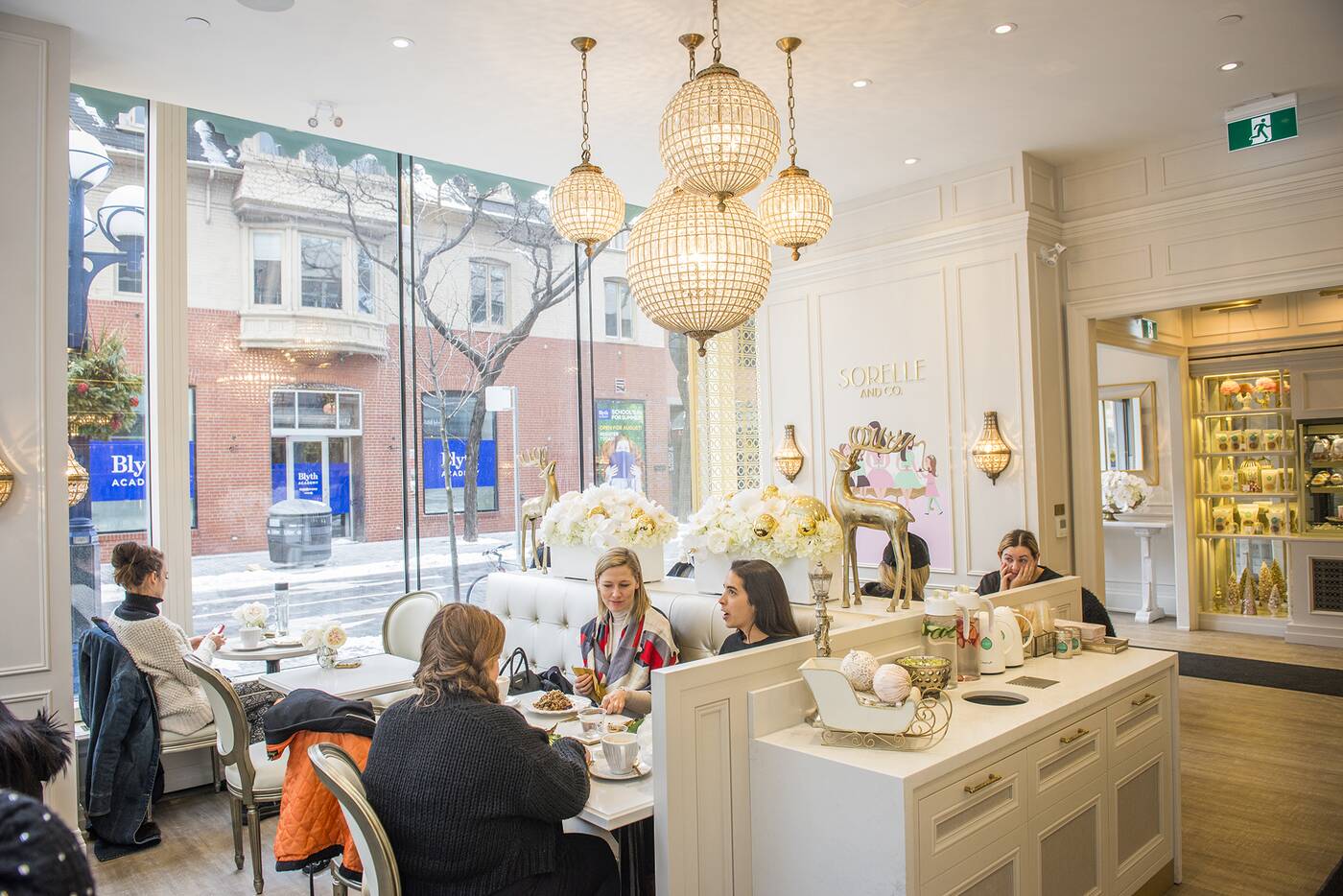 Sorelle and Co. was a go-to for allergen-free treats. Photo by Hector Vasquez.

After 14 years, this bakery known for gourmet sandwiches made using fresh baked bread has now closed its doors permanently.

This subterranean source for Korean macarons, fluffy cakes and hot beverages served in a minimalist evironment has closed up at Yonge and Bloor.

Fantastic baked goods can sadly no longer be found at this Financial District grocery store known for their prowess in the baking department.

When this cafe closed after a year, the East Chinatown community sadly lost not only a source for great breakfast sandwiches but also an awesome study spot and back patio hangout space.

This artsy space across from the park was perfect for picking up a coffee or a cup of gelato before or after a walk, but now the place is no longer. 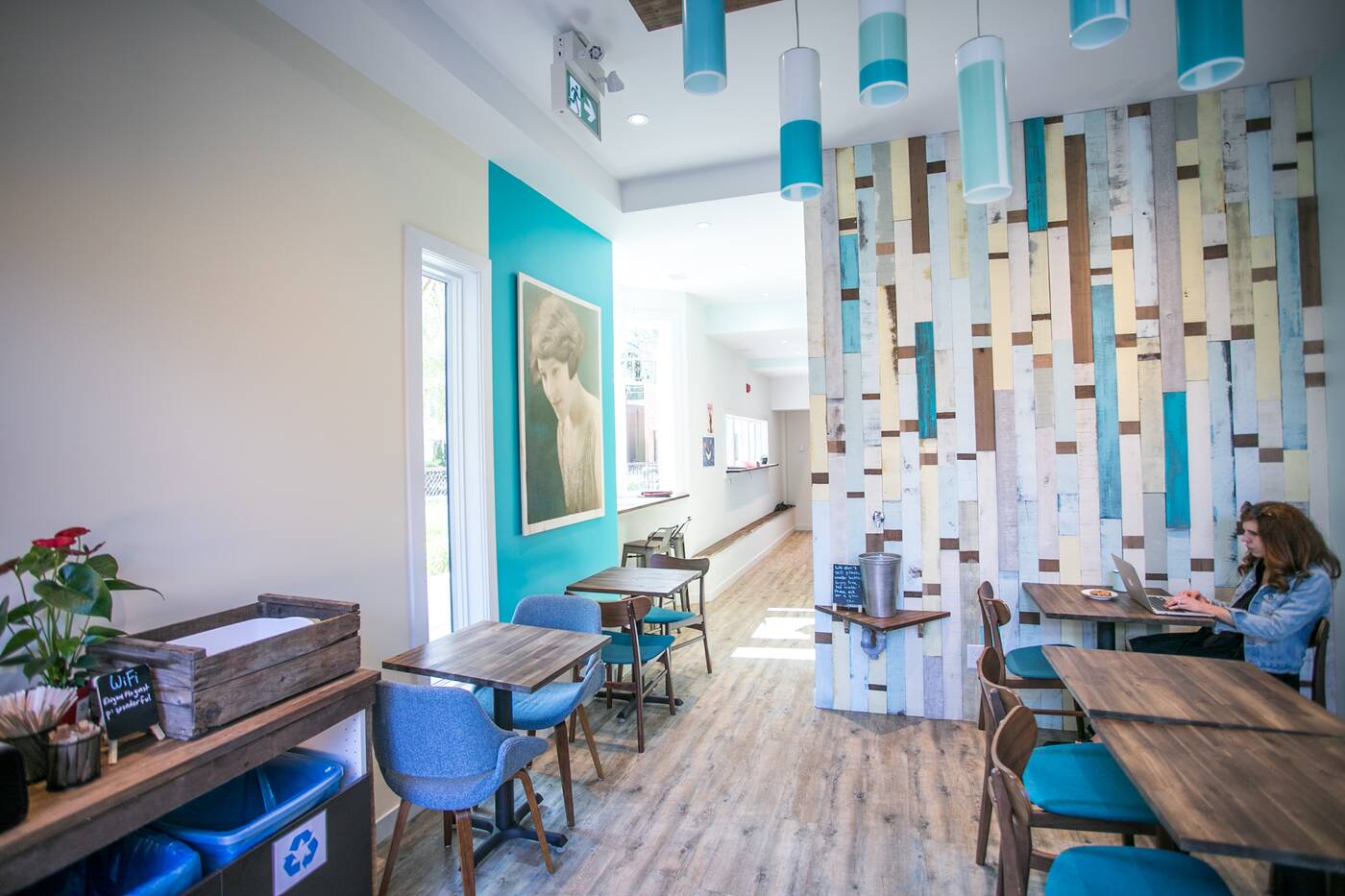 Breakfast sandwiches and WiFi were available at Elvy & Flo. Photo by Fareen Karim.

Riverside said farewell to this airy, modern cafe around the holidays in 2020. The coffee shop was around for over two years and had become known not only for its espresso but also homemade bagels.

All locations of this coffee retailer and cafe closed in Toronto this year, though you can still find the caffeine-peddling chain in Vancouver.

One of the most high-traffic locations for a minimalist Toronto coffee chain, this place always had espresso drinkers inside lining up for a buzz.

A canoe was part of the decor at this comfy Leslieville hang space that doubled as a bar serving beer, which went up for lease this year.

Runners once made a beeline for this cafe that made an announcement during the summertime saying goodbye to their fitness family and that they were closing permanently. 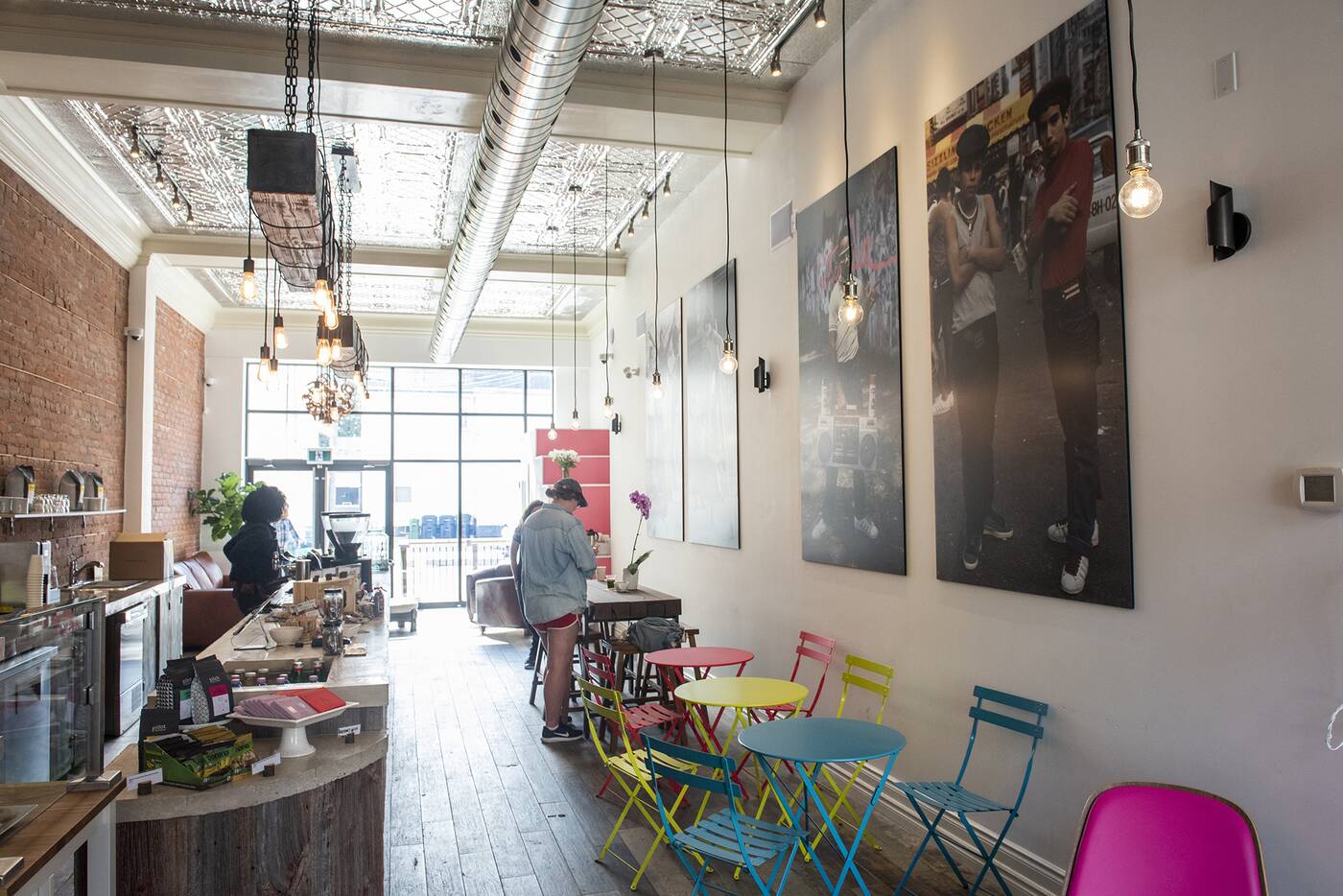 This shop specializing in teas once called Parkdale home, but closed permanently on May 31 after being in business for four and a half years.

Scandinavian design made this Corktown cafe a must-visit, but the pandemic shut it down after almost five years of serving exquisite coffees in an airy atmosphere.

Scrumptious baked goods and a landmark mural made this Little India cafe what it was. The place closed under murky circumstances this year.

Office-goers will no longer be able to grab a franctic morning coffee from the kind souls at this Entertainment District location of a popular indie chain.

There are no longer any more locations of this coffee shop that once had cafes on Spadina, Bloor East, Dundas West and the Danforth.

During the year 2020, this Queen West coffee shop quietly closed after over a decade in business.