Dark Horse (John) is the the newest, smallest, tin-tiled espresso bar to join Toronto's Dark Horse empire. Though I'm not sure if four locations - the one on Spadina , Queen East , Queen West , and now this one on John - really constitutes an empire, but in a city with a multiplicity of one-off indie cafes, it certainly speaks to some degree of success.

This cafe, at present, is pretty easy to miss. On John Street between Richmond and Adelaide, Dark Horse has occupied the former lower-level space of Smokeless Joe and is advertised simply by a sandwich board on the sidewalk. 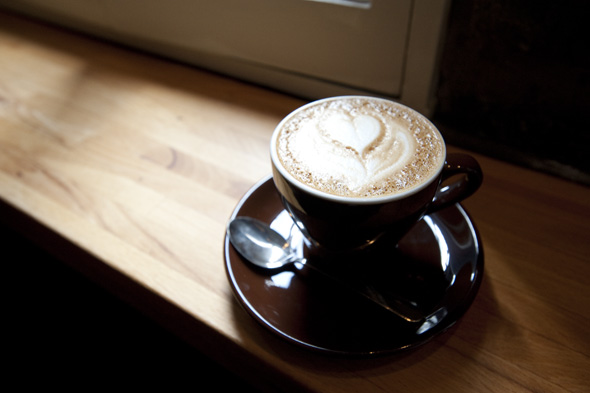 That may change, however, since the espresso bar is only in its first week. The inside is characteristically Dark Horse, with a pressed tin ceiling, dark red accent walls, and rustic wood trim, though seating is fairly limited. 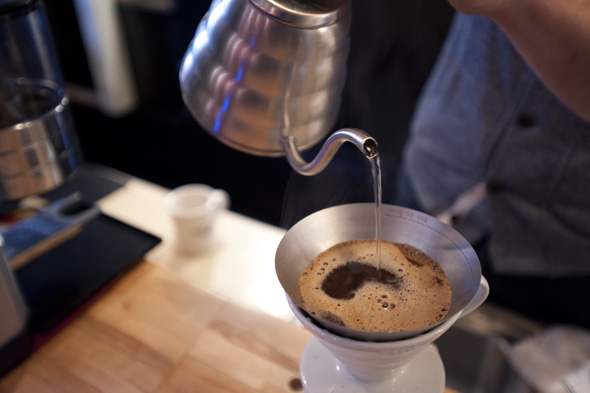 There's a long bar with stool seating that runs adjacent to the counter and a couple of tables by the front, but perhaps this isn't the place to stretch out and type away for the afternoon (though there is free WiFi). 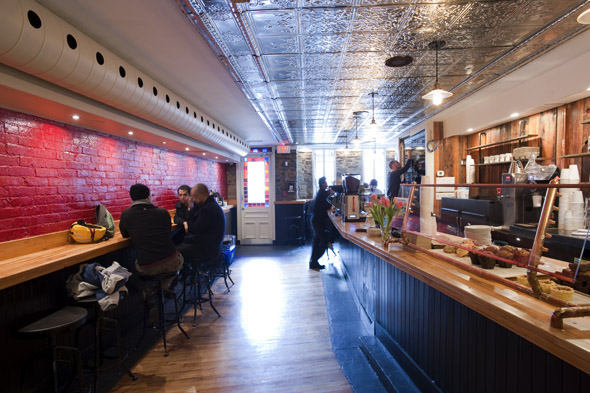 Nevertheless, professionals in the area have already discovered the new Dark Horse and are swarming to the block as any indie-starved, Starbucks-saturated office worker might. 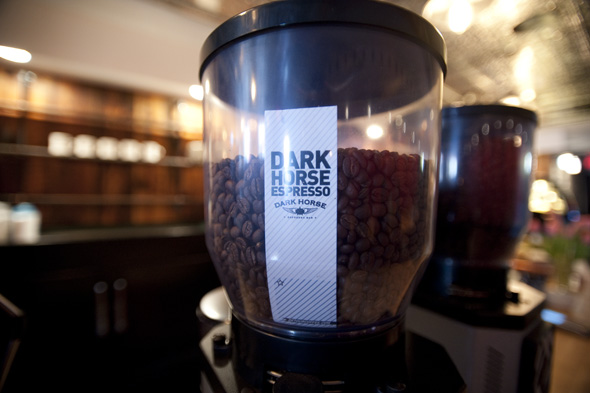 There are probably about 10 to 15 people in the shop when I stop by, and I'd say throwing in another five would definitely be pushing it. But Derek, one of the baristas surely recognizable to Queen West regulars, takes a few moments away from the fancy new Mirage to chat about the cafe's opening.

"I know they really wanted to get into the area," he says of Dark Horse's owners. "But I think this will be the last location for a while." 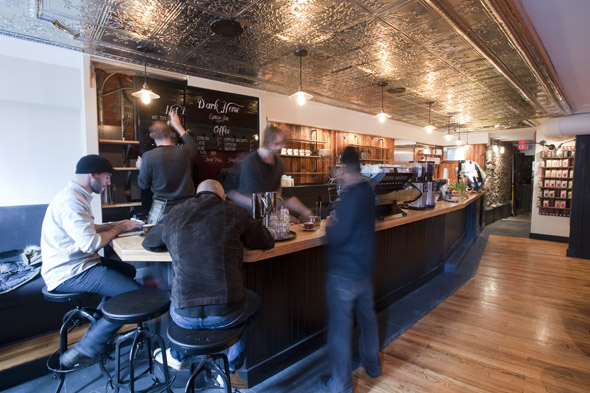 The recipe here is essentially the same as the others â 49th Parallel Epic Espresso and Detour blends, baked goods from Circles and Squares, Desmond & Beatrice , and other local bakers, and hot panini and soup (the latter is soon to come) on the menu. 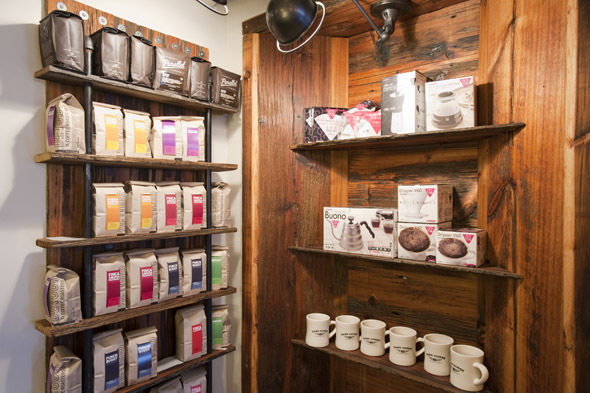 Derek prepares me an Americano ($2.61),which is handed over with a swirling crema and rich, dark colour. The flavour matches the bold appearance with a light acidity and caramel finish. Great for grab-and-go, but if you're looking for a communal table, best to stick to Spadina or Queen. 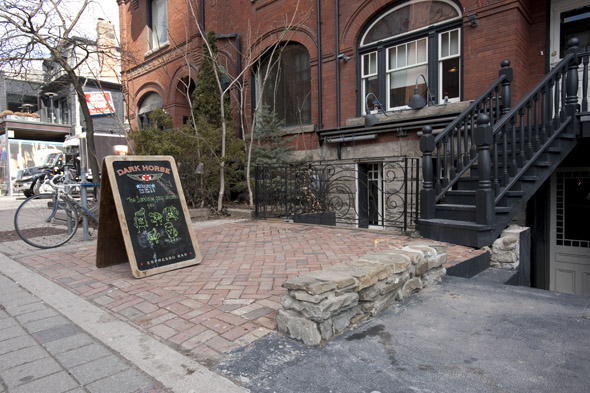 Dark Horse (John) is currently open daily from 8 a.m. to 7 p.m., though these are hours are subject to change.