Bunner’s is known for making some of the best vegan and gluten-free cinnamon buns, cupcakes, brownies, muffins and birthday cakes in the entire city.

They now sell them out of this third-ever location, as well as online. Two previous locations can be found in Kensington Market and the Junction. 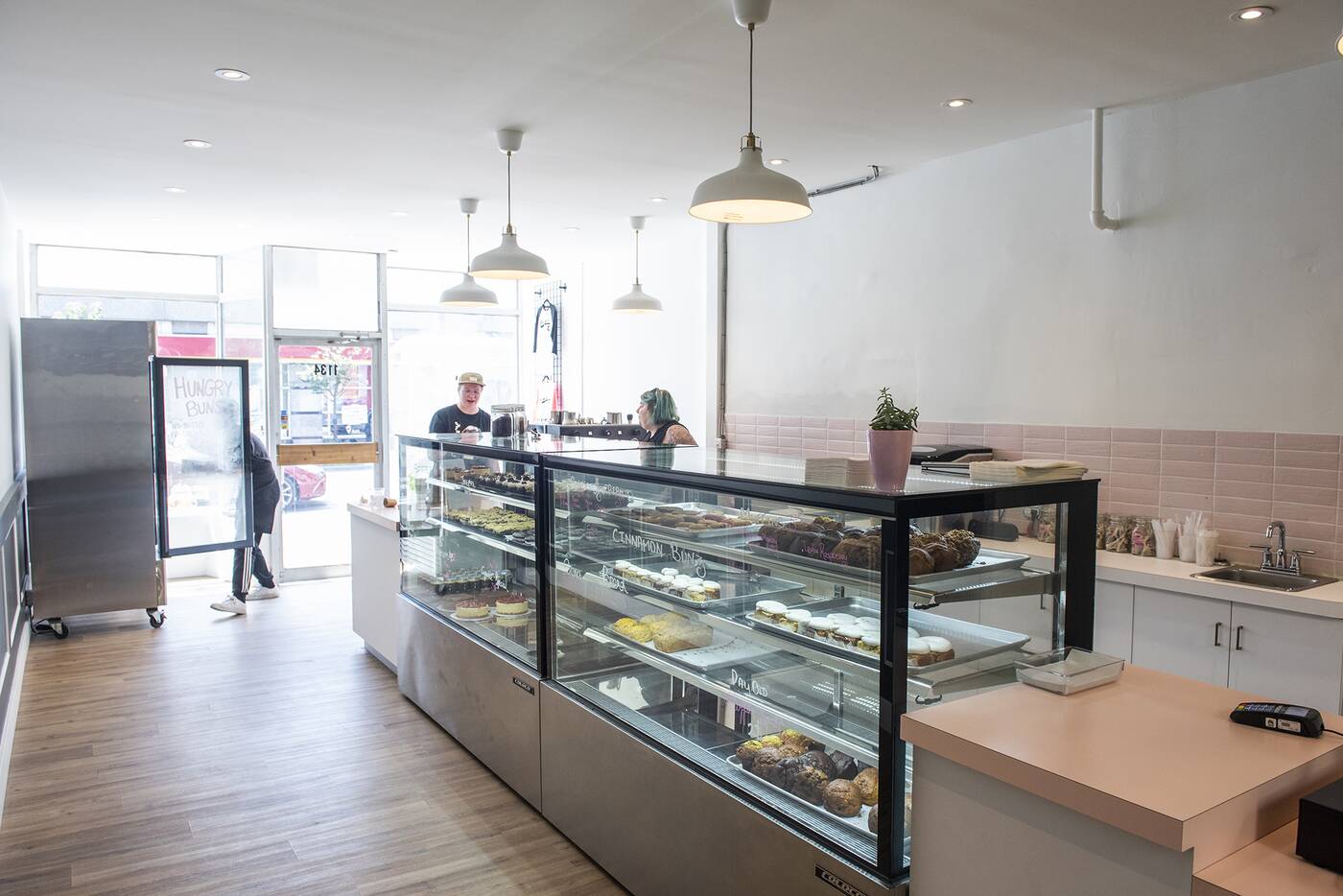 The space (formerly home to Sweet Addictions candy shop) is nice and open and has been given a Bunner’s makeover in pastel pink and black, with no seating to speak of but lots of room to crouch, hunch and squat in front of huge gleaming pastry cases.

There’s always a cupcake of the month on offer, this time around a s’mores variety for $25.65 for a half dozen. 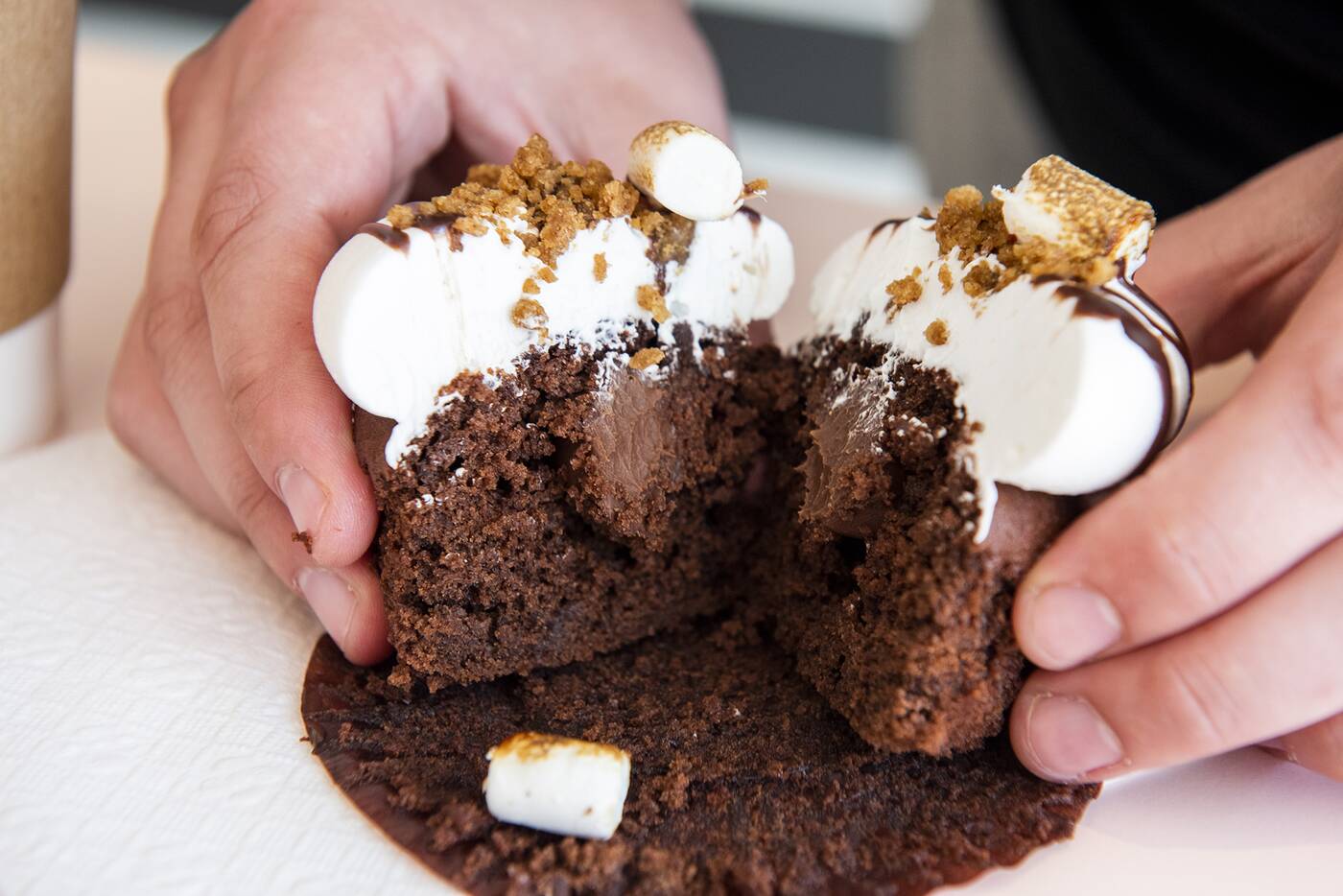 A moist chocolate cake with a nice crumb is filled with a luxurious chocolate ganache, then topped with a light, not-too-sweet marshmallow frosting, chocolate drizzle, graham crumble and toasted mini marshmallows.

These cupcakes can easily be filed under “so good you forget they’re vegan,” but vegan and gluten-free they are, made with Bunner’s all purpose flour blend of chickpea, sorghum and fava bean flours along with tapioca and potato starches, as well as unsweetened coconut milk, applesauce and dairy-free butter. 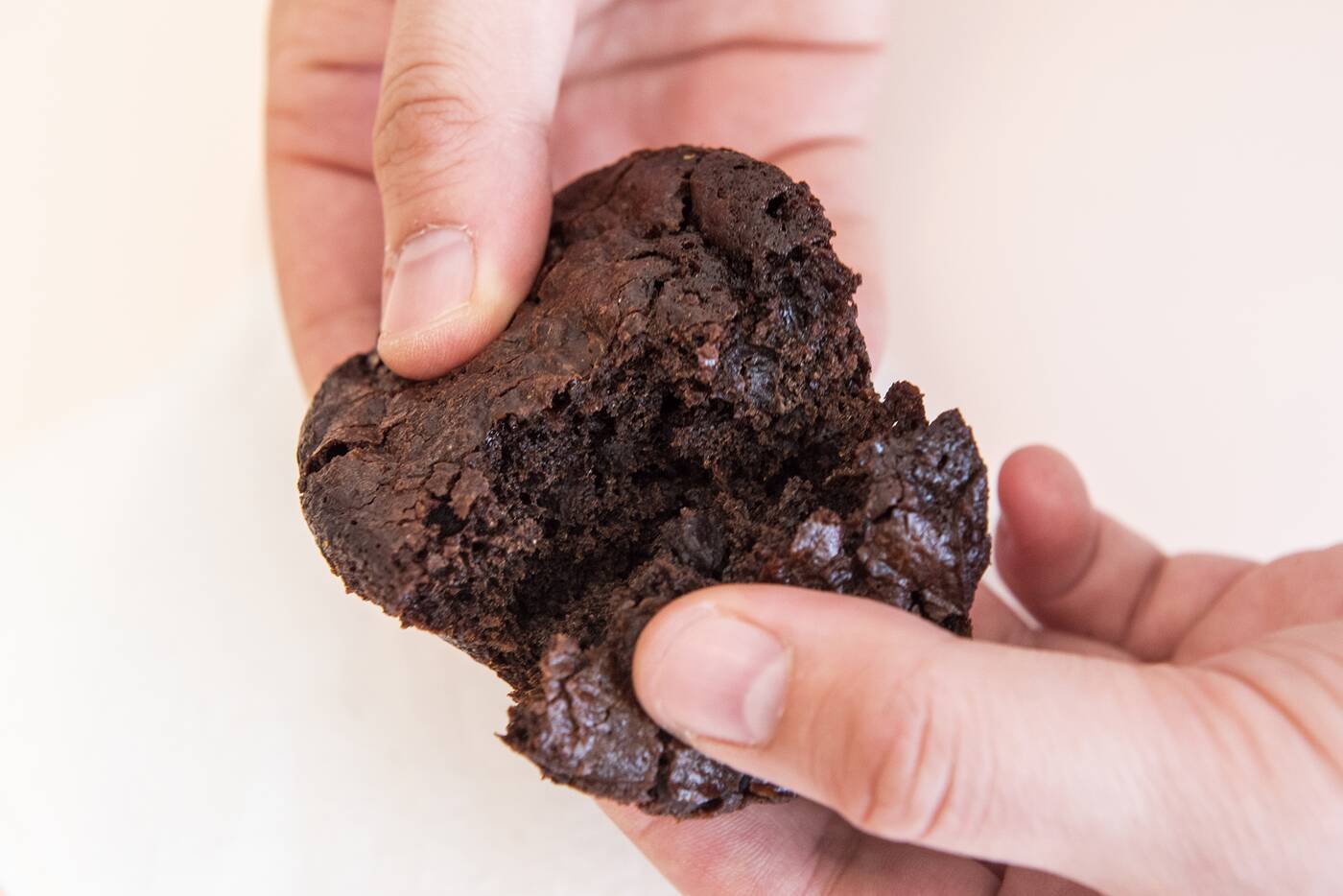 Brownies are uniquely round-shaped and quintessentially crackly on top, incredibly fudgy and dense, kind of like a giant vegan two-bite brownie. 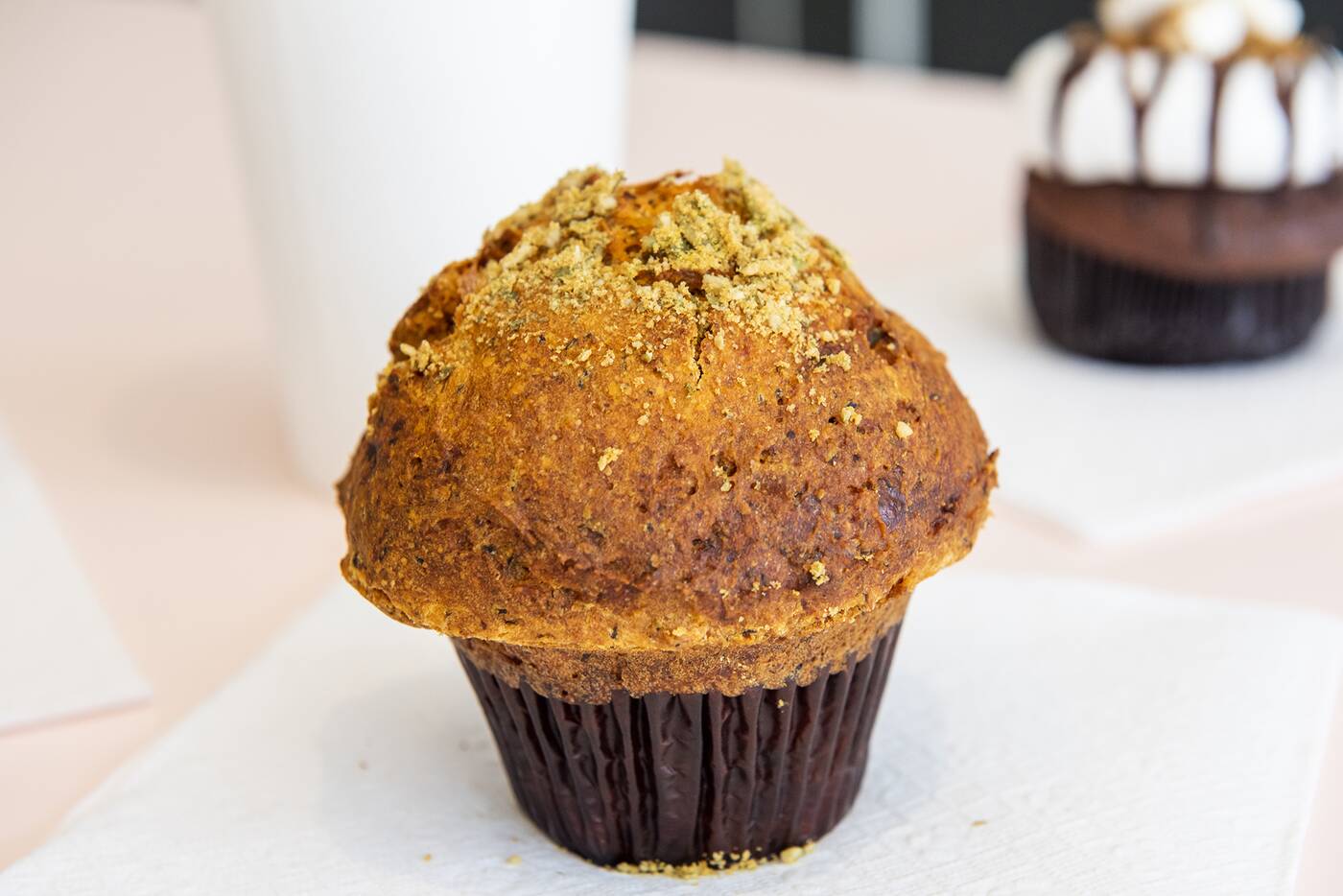 A pizza muffin ($3.75) is one of the more unique offerings here, a savoury, crumbly cornbread-style muffin made with Bunner’s own flour blend and pizza sauce, plus dairy-free cheddar shreds and a “pumpkin parmesan” topping. 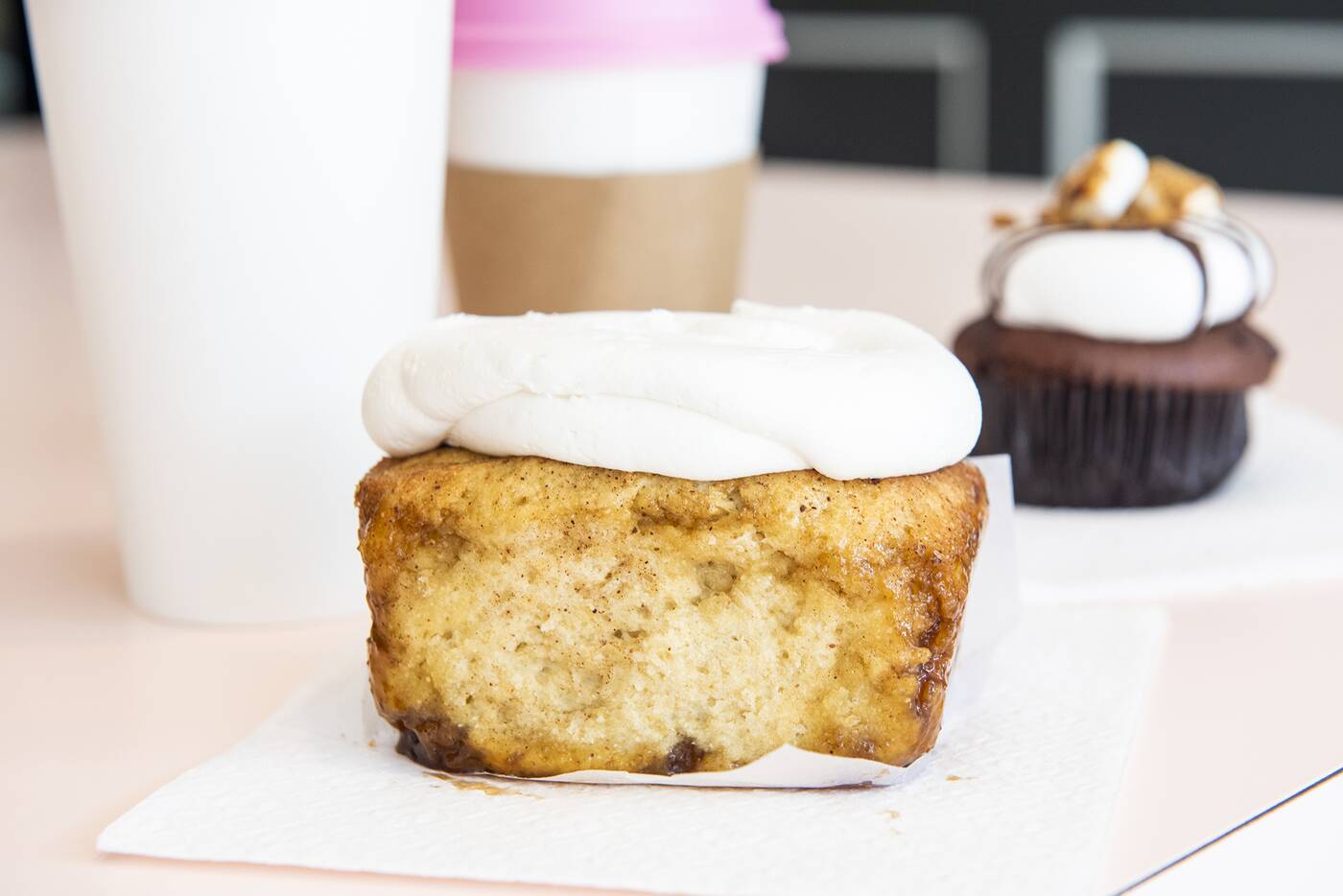 Cinnamon buns are $5.25 for a whopping “mama” size and $3.25 for a satisfactory “baby” size — sticky, tall, and topped with a thick, fluffy layer of Wayfare vegan cream cheese frosting. 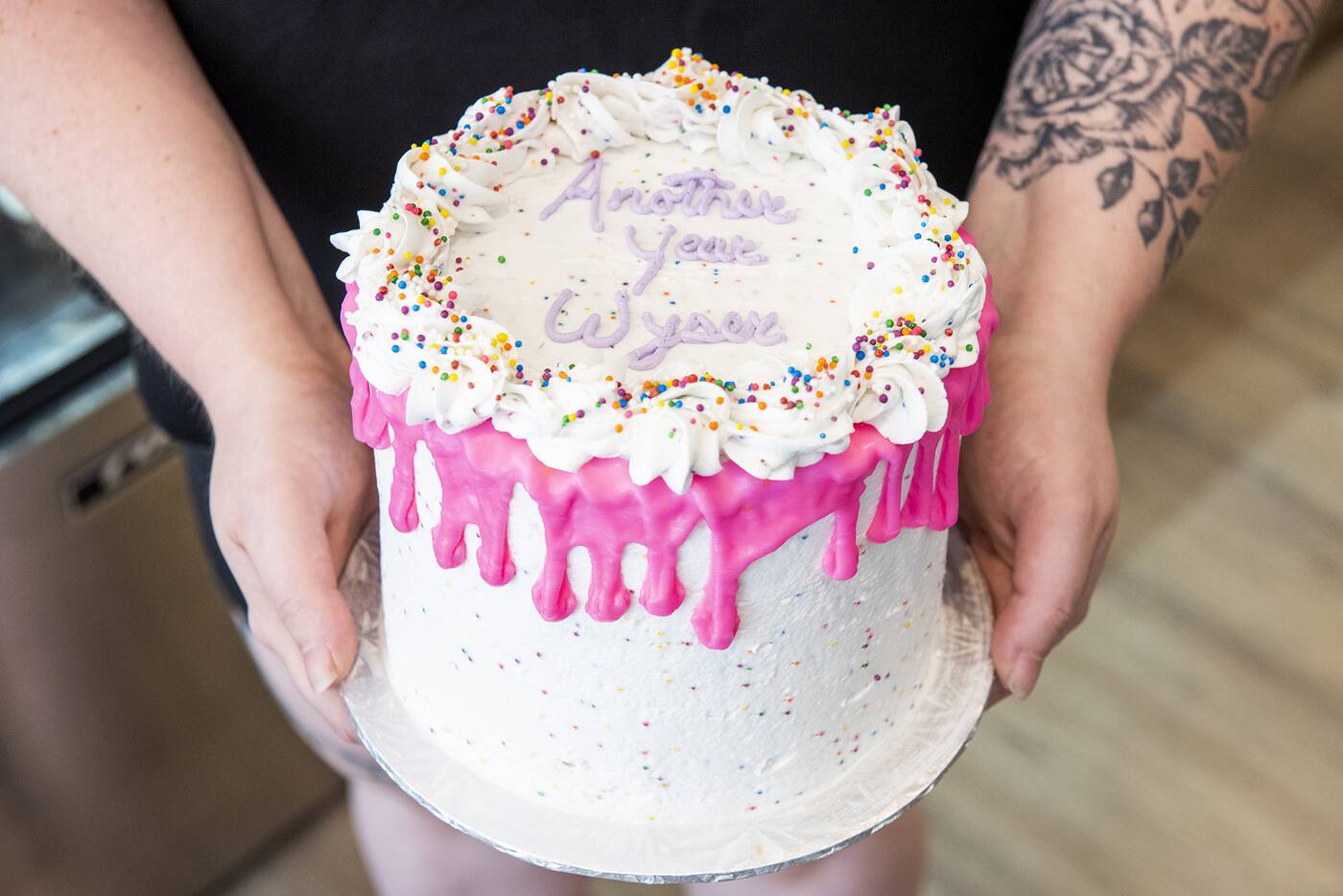 Advance notice is required for cakes ($45) in 17 premium flavours including funfetti, chocolate, maple carrot, lemon raspberry, mocha crunch, cookies and cream, Neapolitan, Black Forest and even cakes with galaxy designs or a full-blown cake version of the s’mores cupcake. 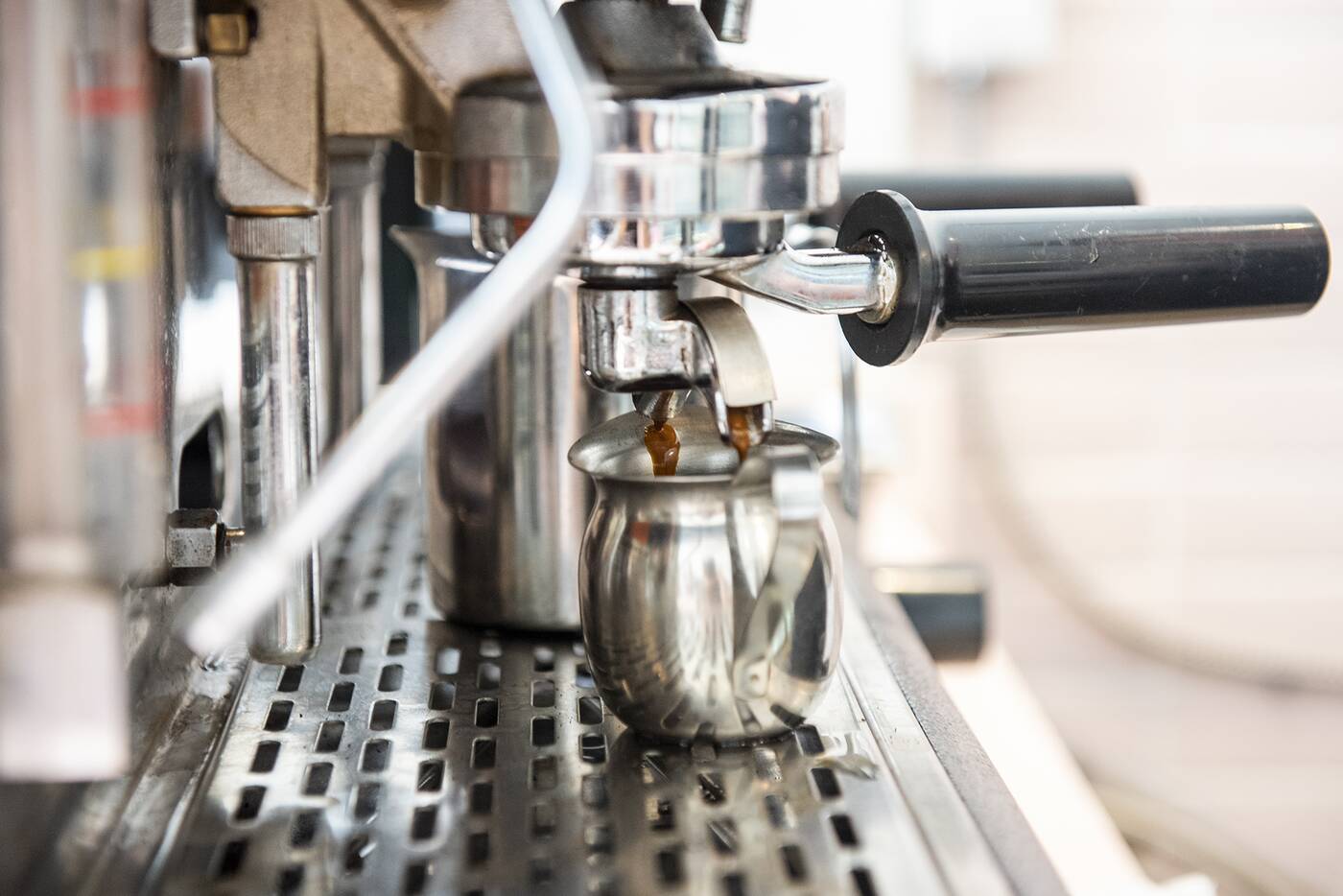 This is actually the first Bunner’s location with a full-on espresso machine, and of course they have soy, oat and coconut milk alternative options. 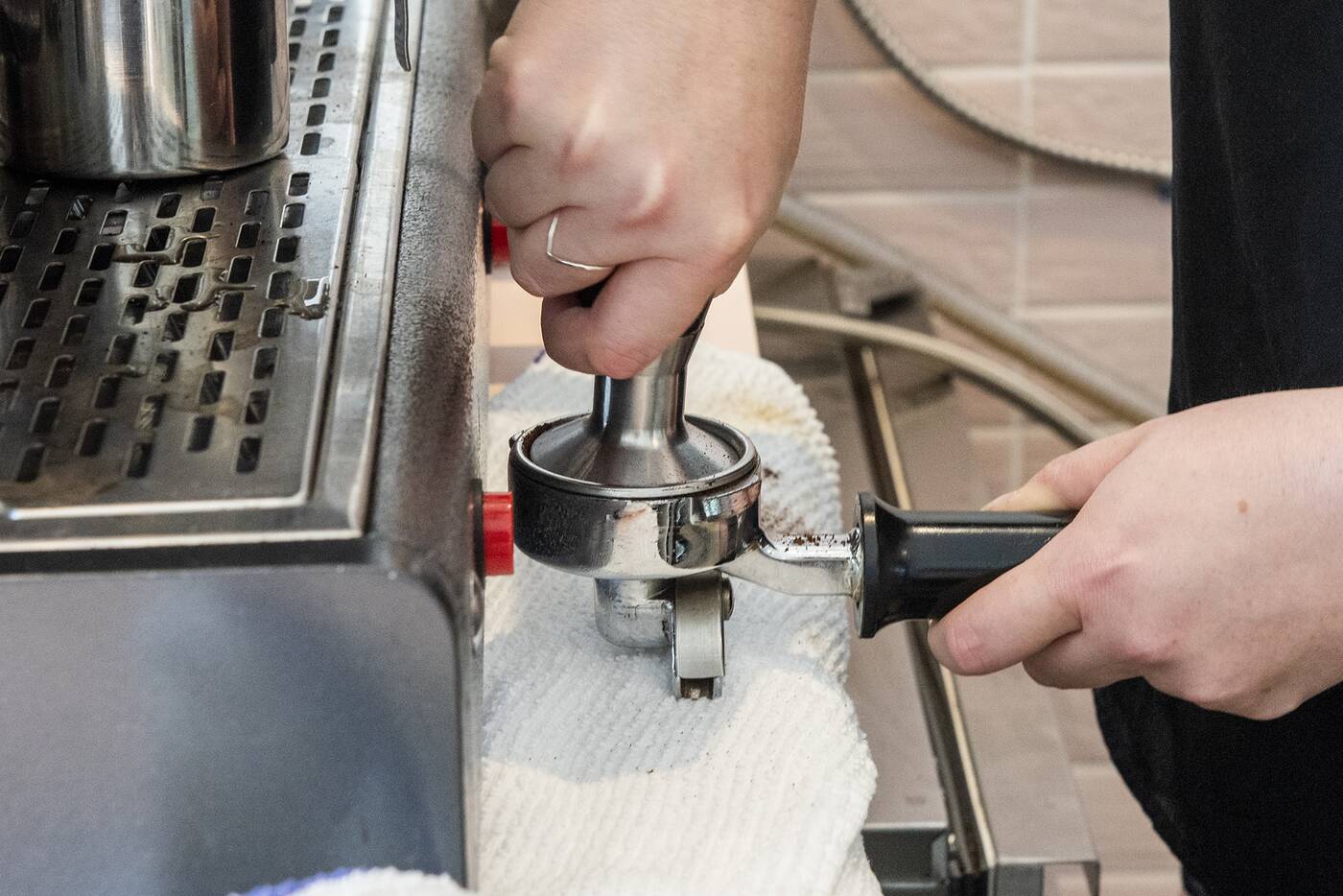 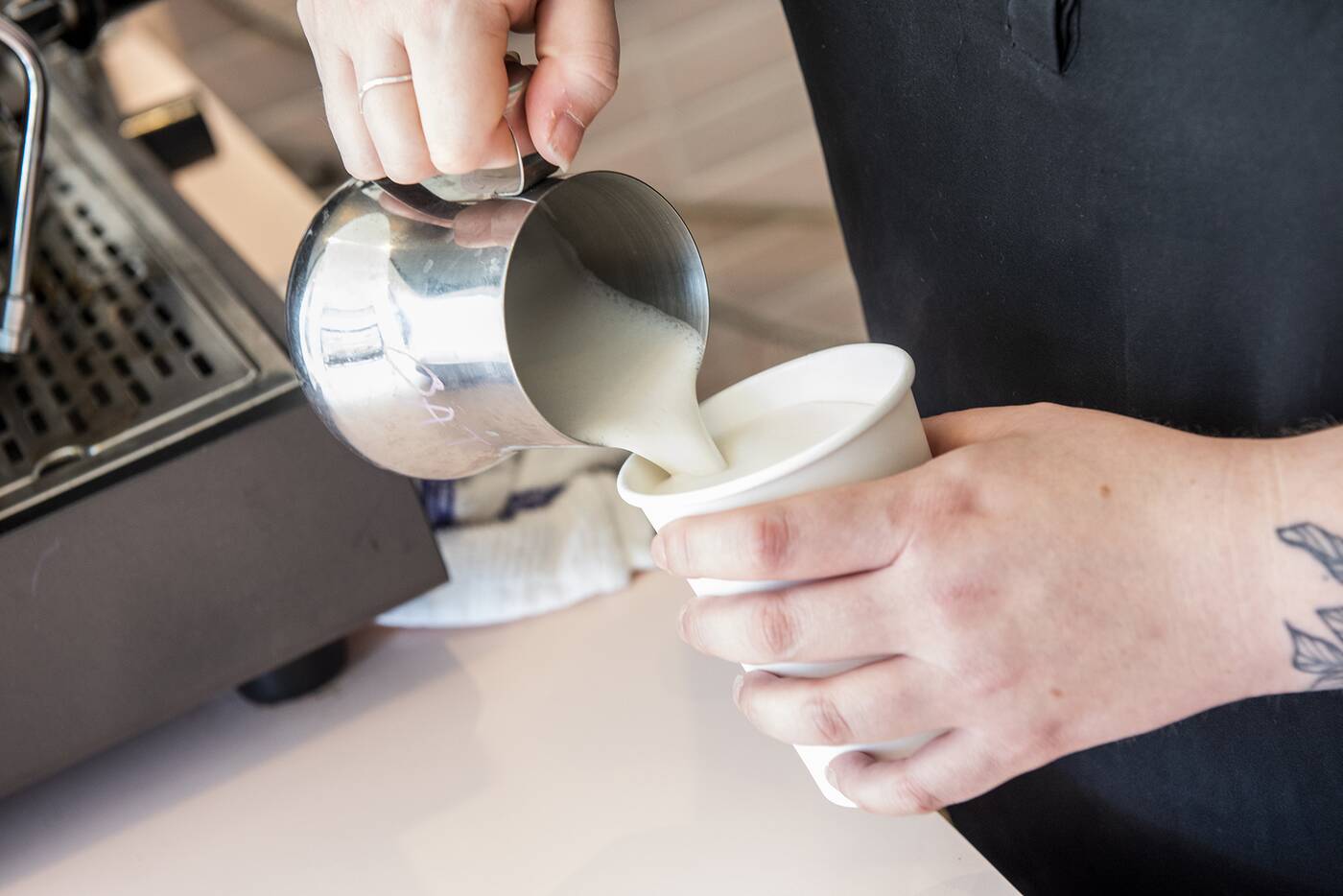 They’re using Earth’s Own Barista Edition oat milk for lattes, which foams up nicely and has a slightly toasty flavour. 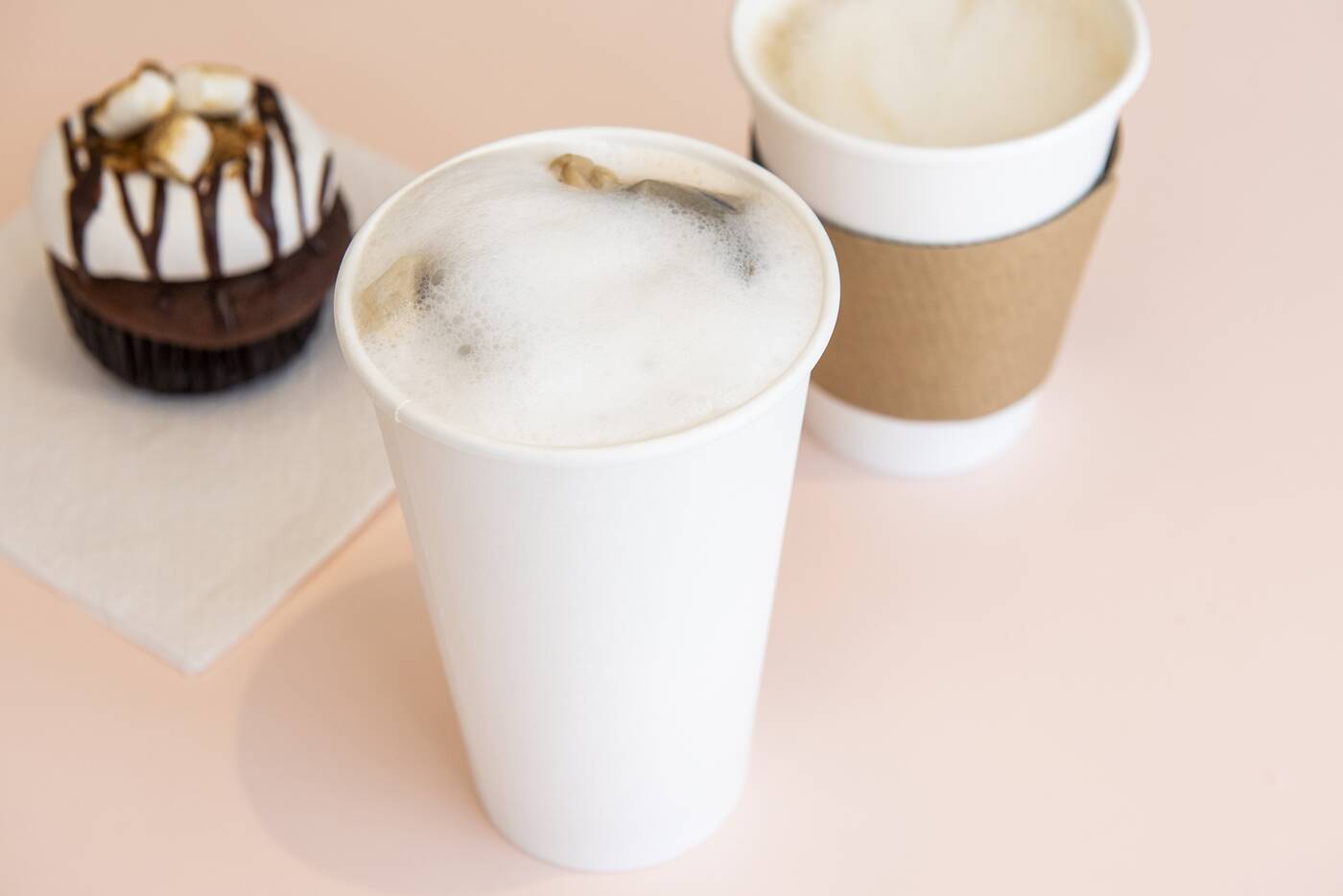 They also have five loose leaf teas for tea lattes ($4.75 - $5.25). An Earl Grey coconut milk tea latte is fragrant and surprisingly creamy without having an overwhelming coconut flavour. 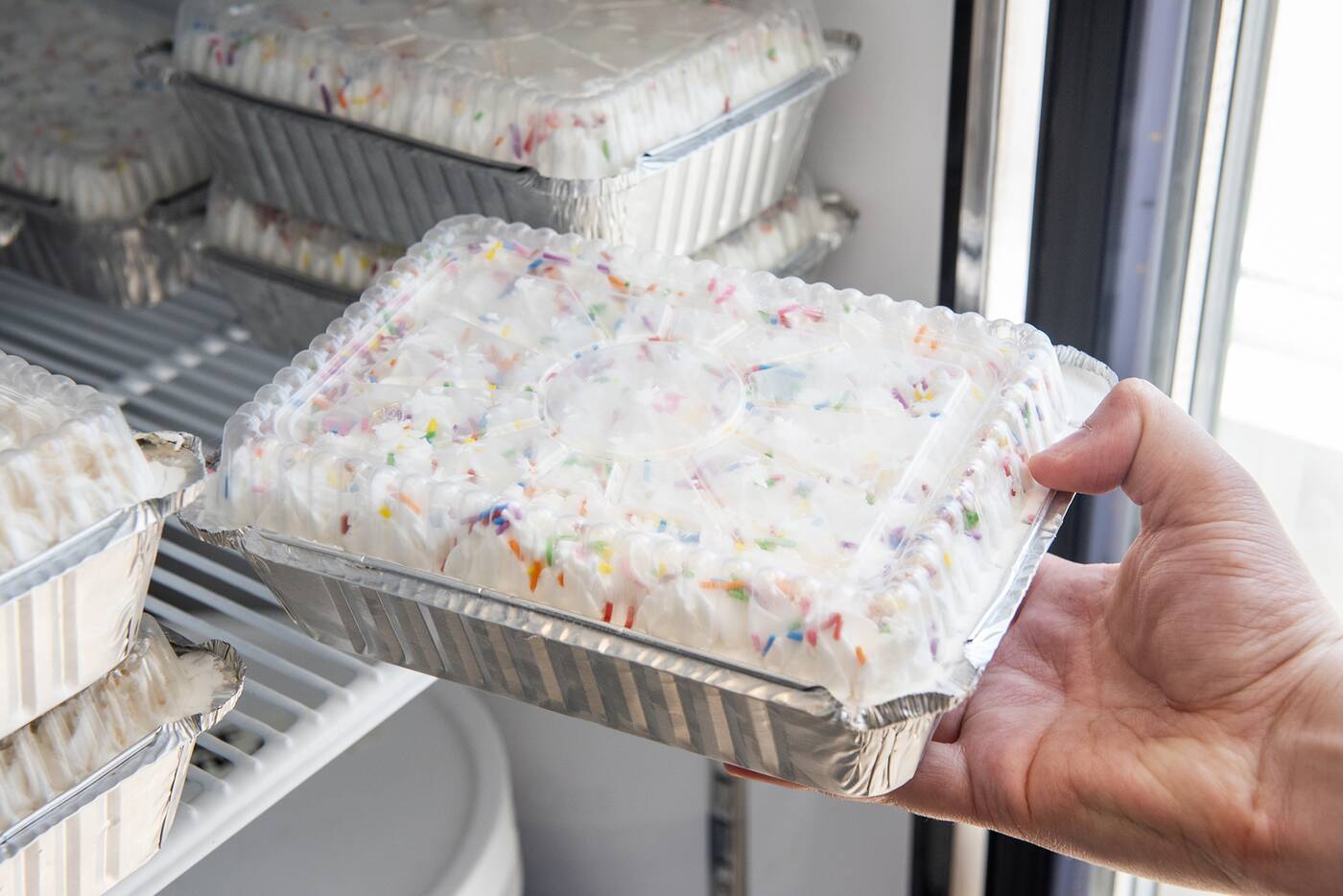 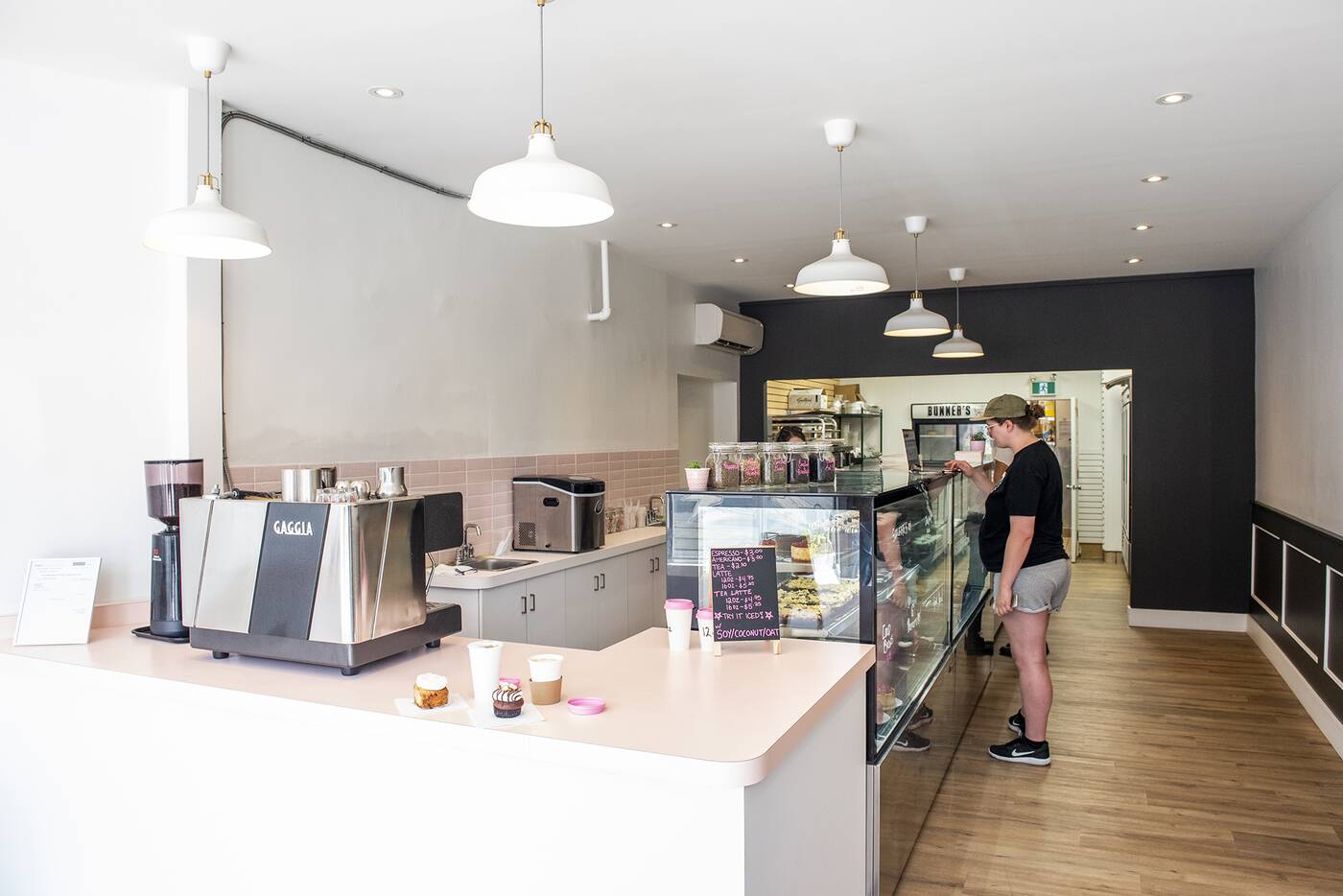 Oat milk soft serve is available here and at the Kensington location. 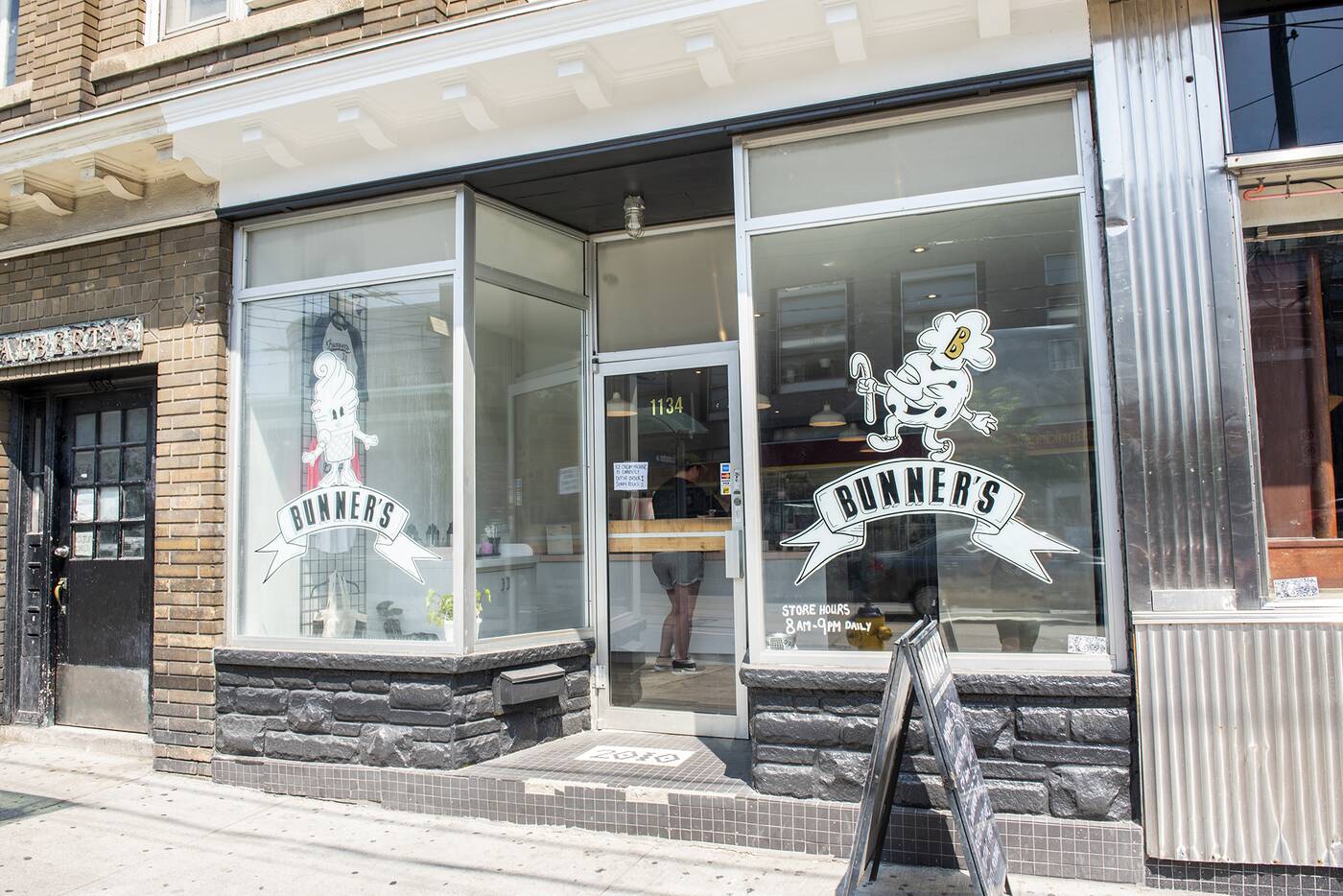