Bunner's Bake Shop became a dedicated storefront in late 2010 after its home-baked treats gained overwhelming response at local farmers markets. Owners and boyfriend/girlfriend duo Ashley Wittig and Kevin MacAllister began selling their vegan treats in the Distillery District during summer months. While they aren't gluten intolerant themselves, they saw a definite interest in their select gluten-free products. "People just went bonkers for them," Wittig tells me. 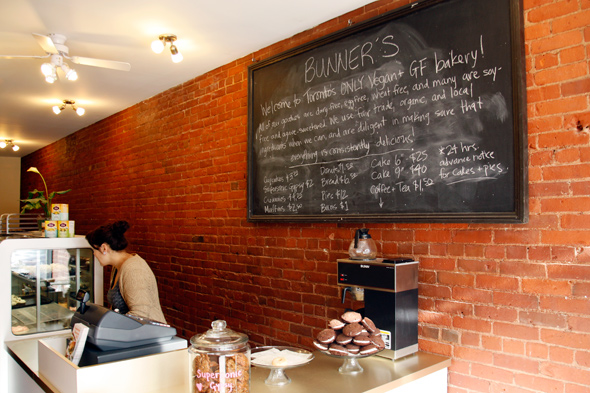 My history of gluten-free baking is a series of dark tales with unhappy endings. I'm not intolerant (officially) but I sometimes engage in post-body-image-meltdown cleanses involving cutting out everything delicious. Every rice-flour cookie or wheat-free muffin I have ever attempted, however, has emerged from the oven with a consistency more like a hockey puck than a baked good.

There's really an art to finding just the right blend of flours and a balanced wet/dry ratio. Wittig's treats contain a varying blend of up to seven different flours, including chick pea for its fluffy results. "I use a lot of apple sauce, too," she adds. I could learn a thing or two from this clever girl. Or I can just leave the tricky baking to the experts.

While I can still digest gluten with some ease, I'd be a regular at Bunner's if the trip didn't involve a 40-minute TTC ride including transfers. In fact, Wittig guesses that approximately 90% of her customers are not shopping for allergy reasons. "The neighbourhood is very supportive," she says of her Junction spot. And people come for the yum-factor - it's about what's in the baking, not what's left out. I needn't suffer withdrawal from the delicious supersonic gypsy cookies, though, just because I'm not in the 'hood. The bake shop delivers cookies and cupcakes across the city for a flat rate. 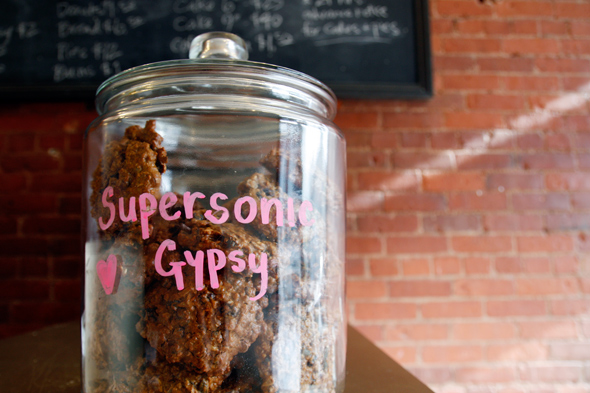 I would be a tease if I mentioned the gypsy cookies - the bakery's bestseller - without giving them some well-deserved word-count of their own. They're the all-dressed chip or everything-bagel of the cookie world. While the generous chewy mounds are marketed as cookies, though, I'd argue that they could easily run with the breakfast crowd. Oats, dried cranberries, chocolate and sunflower seeds are packed into one powerhouse of a treat. Also on the menu are cakes, creamies (cookie and "cream" sandwiches), cupcakes, mini donuts and savoury stuffed pastries.

With more wholesale on the agenda for 2011, Bunner's might shortly be available at cafes a little closer to home. And Wittig already has sights on a second downtown location. While the baked goods may be worth a two-bus trek, I'm looking forward to a short (calorie-burning) walk. 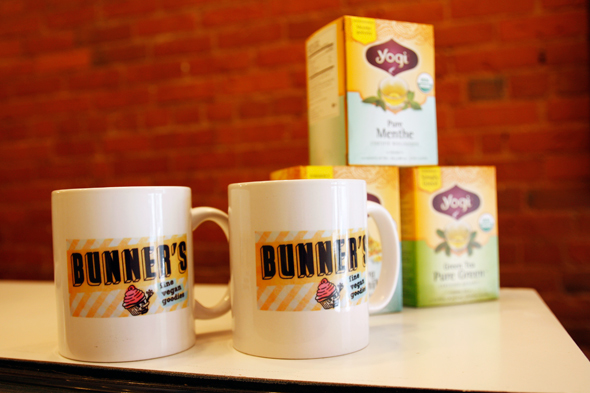 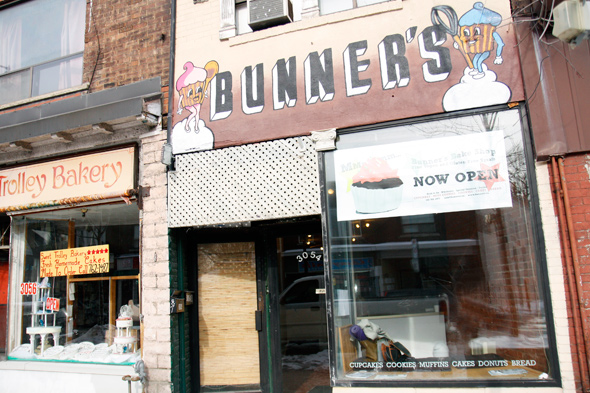