I say 'modestly' because unless you look closely, you wouldn't know that this shop is totally dairy- and refined-sugar free. A refreshing change from the subliminally dogmatic shops that like to boast the vegan-ness (!!!) of their products, Tori made the choice to keep rhetoric at a minimum. "I don't want to scare people off," she says as we chat in the shop during its opening week. "I just want to show that vegan food can still taste delicious; you can still have a treat without needing another." 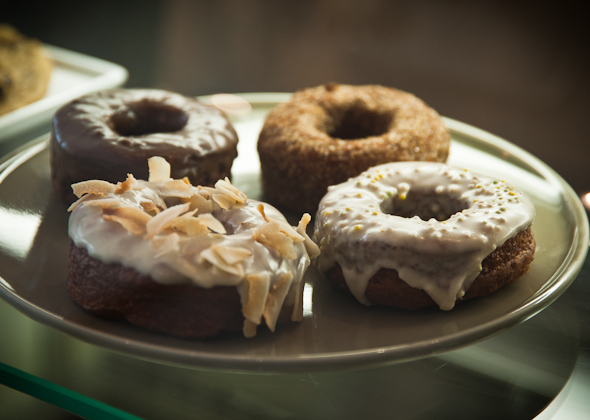 Yes, that refined-sugar high and inevitable subsequent craving is eliminated by the shop's use of only natural products. There is no egg, milk, cream anywhere, and there's a good selection of treats that are also gluten-free. 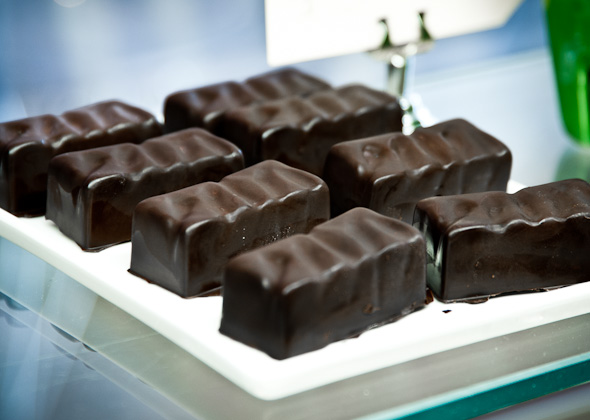 "We're not a gluten-free facility," Tori notes. "But we do try to take as many precautions as possible. So we use different pans, different sinks, different sponges, and all of the gluten free-stuff is stored above the not-gluten free." 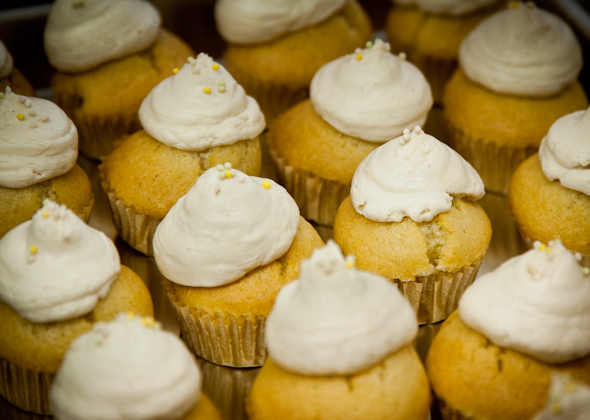 Tori tells me she decided to become vegan about seven years ago after eating as a vegetarian for several years. "It seemed like the natural next step," she says. Once she had made the transition, Tori began exploring new recipes and adapting some family hand-me-downs to cut out the butter and eggs. She went on to bake professionally for weddings and other events, eventually looking to open her own bakeshop. 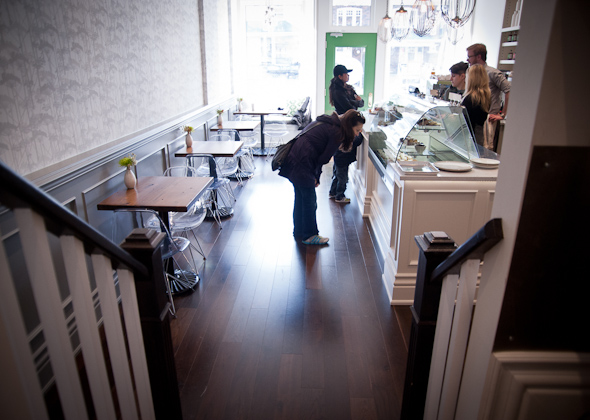 Fast forward to present day, and Tori has her own charming little shop, decked out with giant whisks-come-light fixtures and windows peeking into the bakery. The treats are dainty yet homestyle, taking the form of scones ($3.50), biscotti ($1.50) cupcakes ($3.00), gluten-free banana bread ($3.25), cinnamon buns ($4.50) and more (with coffee from Merchants of Green to go alongside). 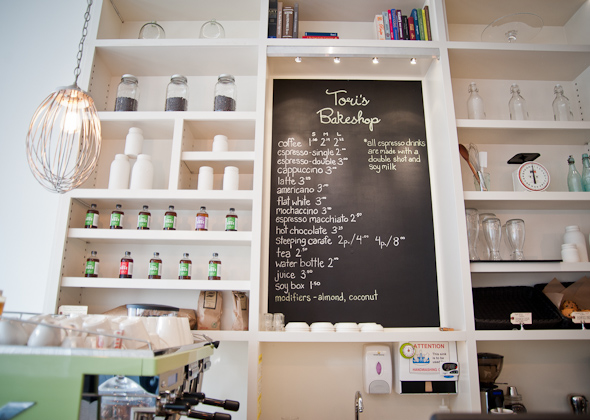 I try to chocolate biscotti — which is tasty, if a tad crumbly — but the winner for me is the cinnamon bun, which happens to have also emerged as an early neighbourhood favourite. It's layered and gooey and pull-apart soft; enough to make you forget that there's no butter or eggs in the dough. 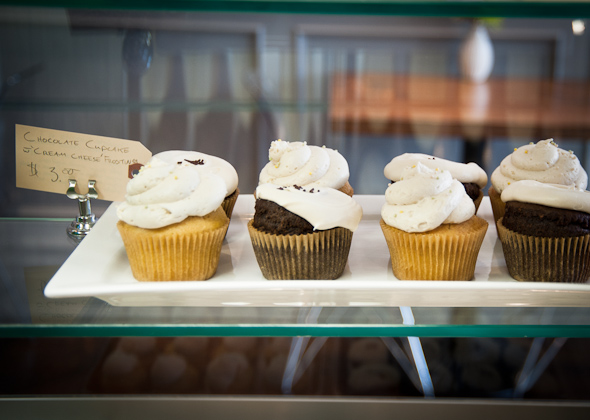 For those lattes ($3.25) and Americanos ($3.00) there's soy, almond, and coconut milk, as well as a modest amount of seating that comes with free WiFi. There are also a couple of grey easy chairs if you peek around the bar, along with a copy of Veg News — but it's up to you whether you pick it up. 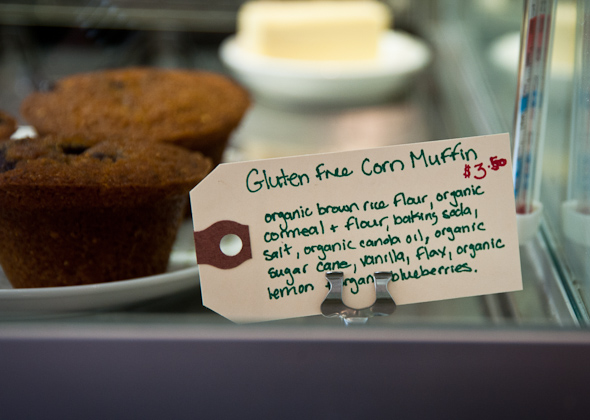 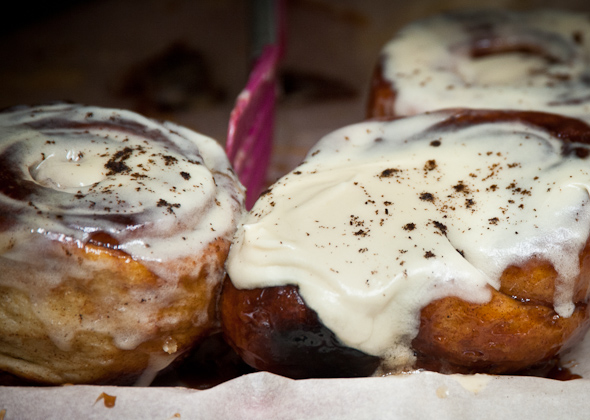 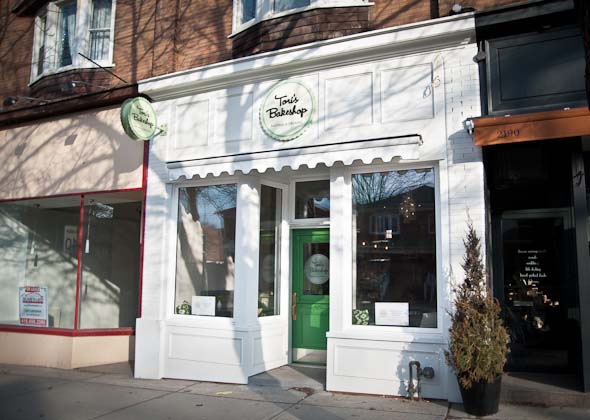 The Best Vegan Bakeries in Toronto