The top 25 music venues in Toronto by neighbourhood

Live music in Toronto can be heard in a long list of clubs, cafes, concert halls, taverns, record stores, DIY rooms, outdoor stages, and sometimes it even comes alongside brunch. New venues to pop up in 2014 were impressive, while a few neighbourhoods continue to fly under the radar when it comes to live shows. Meanwhile the Sound Academy is set to become a full time nightclub in 2015, leaving the east lakeshore a bit of a void for the time being.

Here are my top 25 picks for music venues in Toronto broken down by neighbourhood.

THE ANNEX
Lee's Palace can be counted on for a steady lineup of emerging and name-rock bands to play night after night. Upstairs is the Dance Cave, which hosts live music along with college radio staples for the U of T crew. In Mirvish Village, you'll find the Central with indie acts every night. Tucked away on Brunswick Ave. is the Tranzac, which still proves an eclectic hub.

THE BEACHES
Castro's Lounge is small enough that you might overlook it if you're not a Beaches (Beach) local. The tiny bar seats 35 and serves up a vegan menu and has over 100 different beers available. Nightly music features a rotating list of bluegrass, rockabilly, and alt-country musicians.

BLOORDALE
Right next door to Long & McQuade, the Piston has pub seating in the front and a just-large-enough music room in the back. Indie music runs 5 days a week and DJs/dance nights are on weekends. 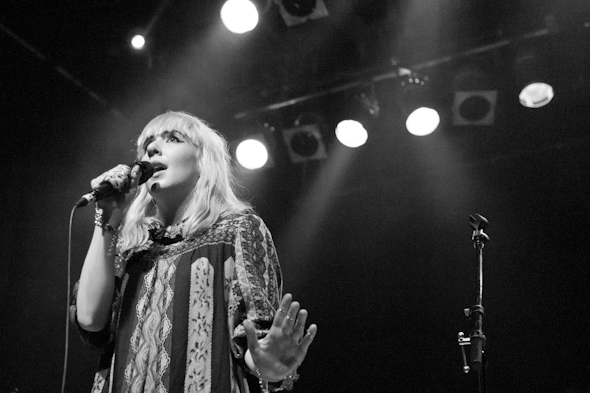 CABBAGETOWN
At 18,000 square feet, the Phoenix Concert Theatre has one of Toronto's largest dance floors. The main room is overlooked by the mezzanine/Le Loft with lounge seating and full sightlines of the stage. Five bars, a projection screen, and The Parlour Room make the Phoenix an attractive space for popular artists, festivals, and special events.

CHINATOWN
The El Mocambo is spotted by its iconic neon sign. Michael Wekerle of CBC's Dragons Den took over ownership in November 2014, and he intends to revitalize its nightly music format of indie rock and feature bands. Among the big names to take the main stage over the years here are The Rolling Stones, U2, and Tom Waits. North on Spadina is the Silver Dollar and south on the east side is Grossman's for jazz-lovers.

DUNDAS WEST
Music nights at the Garrison are like listening to your favourite local indie band mixtape. Bands in the spartan backroom range from rough around the edges to those on the verge of fame. The front room has Mexican-style food, and the bathrooms are nothing to speak of (ever). 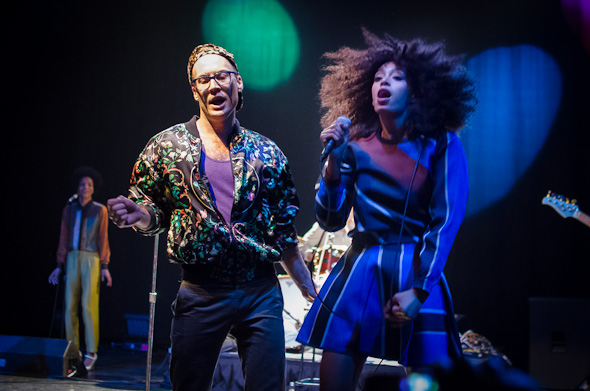 DANFORTH
Continuing to draw mid-size touring acts, the Danforth Music Hall has gone through a number of renovations over the years. Acoustic and seating upgrades have make it more audience-friendly for both theatre and concert events. The Danforth is a long stretch with a growing number of venues include Relish Bar and Grill and the Linsmore Tavern.

ETOBICOKE
Neighbourhood locals and Humber students will enjoy dropping into Placebo Space at Lakeshore and Islington. With its collage and mural covered walls, the venue hosts a diverse mix of acts, but the piano and drum kit tend to appeal to jazz artists.

THE JUNCTION
If it's not the newest, Junction City Music Hall is certainly the coolest of all the recent music venues to fill the Junction neighbourhood. Getting there means going through a narrow hall and down steep steps to the basement. Expect wood booths, pinball and arcade machines, and a night of indie bands and DJs. Sister venue Hole In the Wall is just down the street at ground level.

KENSINGTON MARKET
In Kensington Market "Down the alley, up the stairs" leads to the DIY-run arts venue, Double Double Land. The elevated stage with red curtains, p.a. and multi-camera setup allows the space to be transformed into all forms of non-commercial arts events. Asian-fusion tapas restaurant Supermarket showcases indie acts on Augusta Ave. 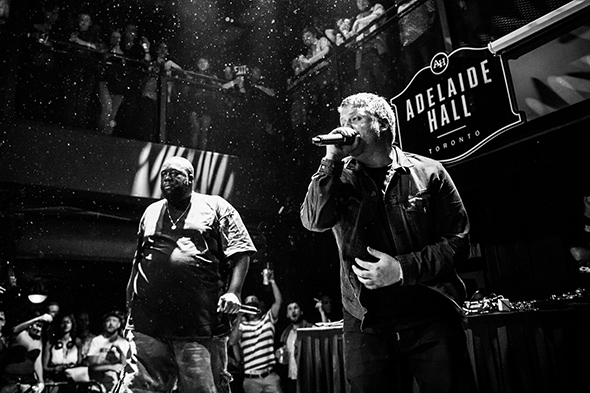 KING WEST
Adelaide Hall is in the same building as the country-centric Rock 'n' Horse Saloon on Adelaide St. Music fans here can catch everything from acoustic to punk to electronic acts. On the main floor, you can get inches from the stage. The more formal Roy Thomson Hall is at King/Simcoe.

KOREATOWN
Clinton's Tavern can be relied on for its old tavern feel (established 1937). A mix of food is served in the front rooms, while the large back music room features an equal mix of entertainment with indie bands, karaoke, and retro 60's through 90's dance nights.

LITTLE ITALY
Events at the Mod Club are about as varied as the restaurants throughout Little Italy. Events range from club nights, reggae to pop to electro-folk to the Spoons or Blue Peter. To the east is Sneaky Dee's, and the Orbit Room.

NORTH YORK
A world class facility and theatre hall, the Toronto Centre For the Arts has a three main rooms with 1,800, 1,100, and 200 capacity seating, respectively. Concert-goers can see everything from "The Jersey Boys" to stars like Bob Dylan or Annie Lennox. A Gallery room (70+ capacity) with cabaret style seating and a grand piano holds more intimate singer-songwriter shows. 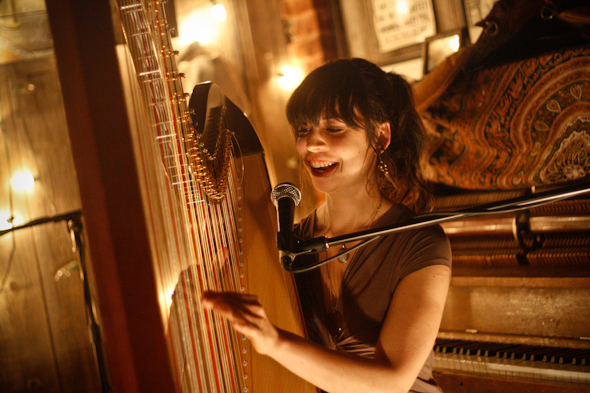 OSSINGTON
Located just north of Ossington and Dundas, the Dakota Tavern is home to Toronto country, folk rock, and bluegrass musicians and fans alike. One-flight down from the street is the brightly lit stage that highlights the western saloon atmosphere. If you're looking for more electric music, on the southwest Ossington corner you'll find the Painted Lady.

PARKDALE
Space for over 200 makes the dance floor at Wrongbar a popular spot for sweaty bodies and hip to hip action. Most nights feature DJs and hip-hop. Elevated booths help people to see performers despite the low light. Parkdale is also home to country tunes at the Cadillac Lounge and one of Toronto's smallest music spots, Not My Dog.

QUEEN WEST
The Legendary Horseshoe Tavern opened in 1947 and has been a keystone in Toronto music history since then. Stompin' Tom Connor's residency, a Rolling Stones show, and NuMusic nights are all part of the Shoe's long run of live shows. Nowadays head there for alt-country, rock, and/or free indie music on Tuesdays. Just east is the Rivoli, which plays host to emerging bands and comedians.

RONCESVALLES
One of Toronto's top spots for dinner and a show, Hugh's Room showcases Canadian and international folk, blues, gospel, world music performers, and annual tribute nights. The 200+ capacity room has a full menu served a la carte. Dinner is offered at 7pm with priority seating, and most shows finish before 11pm.

RICHMOND HILL
The Richmond Centre for the Performing Arts is located at Yonge/Wright in the centre of downtown Richmond Hill. At a 631 seating capacity, it's doubles as a mid-sized venue and an intimate space that showcases major Canadian and international musicians, orchestras, and other productions. 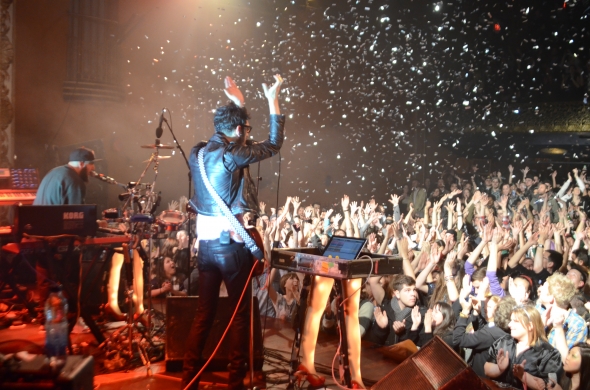 RIVERSIDE
The general admission seating of the Opera House will appeal to fans wanting to go to the front of the stage to see their favourite band, DJ, or comedy event. With an 850 person capacity, it also features a 35-foot stage arch, depends-on-the-night sound, second floor seating balcony, multiple bars, and "food available."

ST. LAWRENCE MARKET
Overhanging rows of bright lights welcome patrons to the Sony Centre at 1 Front St. Inside is the large modern three floor soft-seat theatre with superior sound. The Sony Centre has been home to all forms of performances from red-carpet opera openings to national ballets to musicians like Bob Dylan, Elton John, and Tom Jones. East on Front St. is C'est What with its songwriter nights and long list of beers on tap.

SCARBOROUGH
At Eglinton Ave. E. and Danforth Rd., Rockpile East is Scarborough's answer to Rockpile West in Etobicoke. Mugshot-lined walls complement the large stage and state of the art audio. Local and touring bands of all genres play Rockpile East most nights of the week.

WEST QUEEN WEST
The red curtained stage, U-shaped balcony, and plenty of dance space are all trademarks of The Great Hall at Queen and Dovercourt. The BLK BOX (Black Box Theatre mostly for electronic shows) occupies the basement level, while Bristol Pub has taken up the main floor. Just west is the Drake Hotel, which hosts up and coming bands in the Underground space.

YONGE & DUNDAS
Massey Hall acoustics are superb for both audience members and performers. Drawn to its historic stage are international stars, symphonies, and musical theatre productions. Jazz fans can hit the Jazz Bistro on Victoria/Dundas.

What did I miss? Name your favourite neighbourhood music venues in the comments.