Assembly Chef’s Hall is a sprawling food hall – which is just a fancier way of saying food court – home to a smorgasbord of culinary delights. 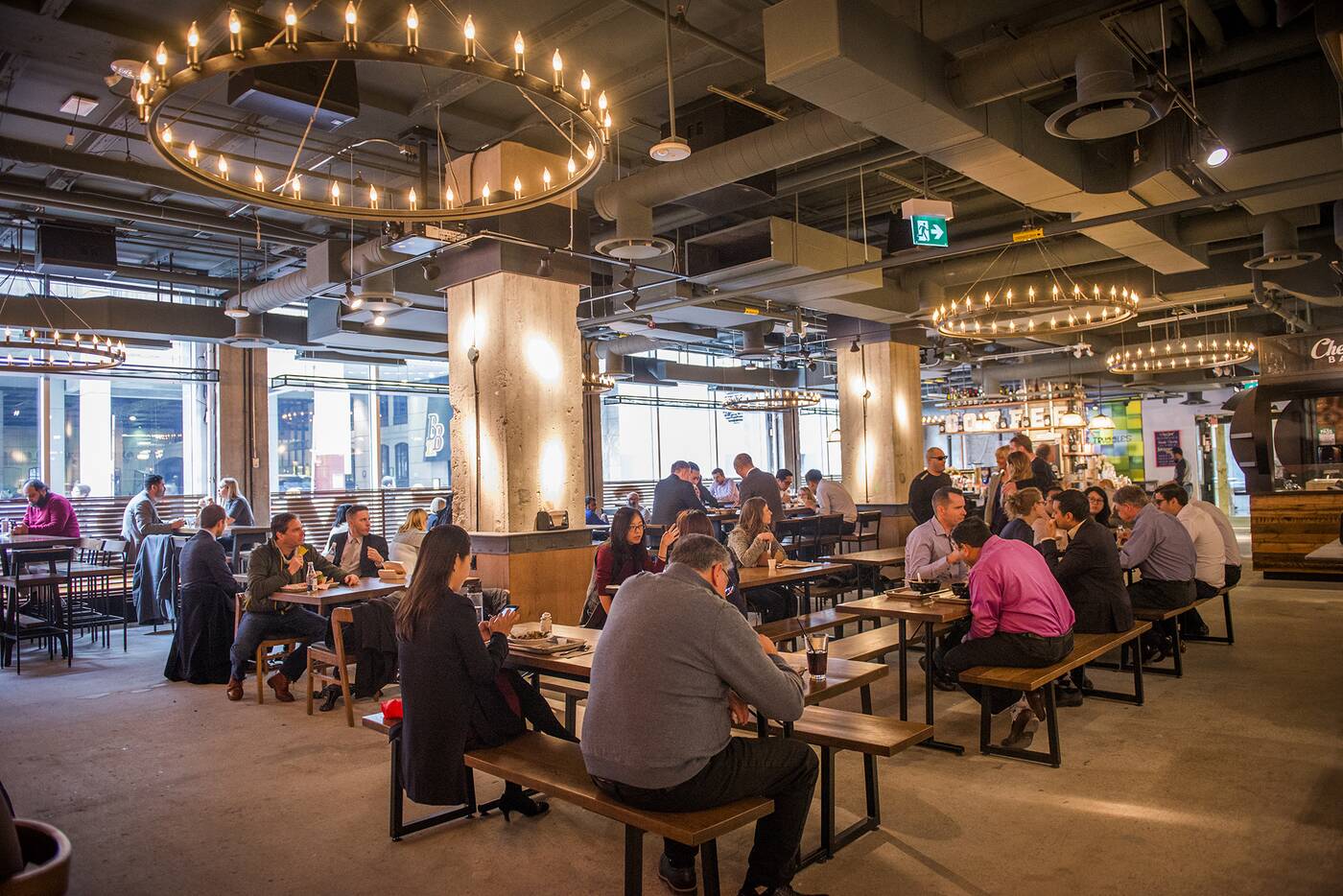 Located in the same building as Google's Toronto office in the Financial District, it's an environment full of creative culinary energy and delicious eats. 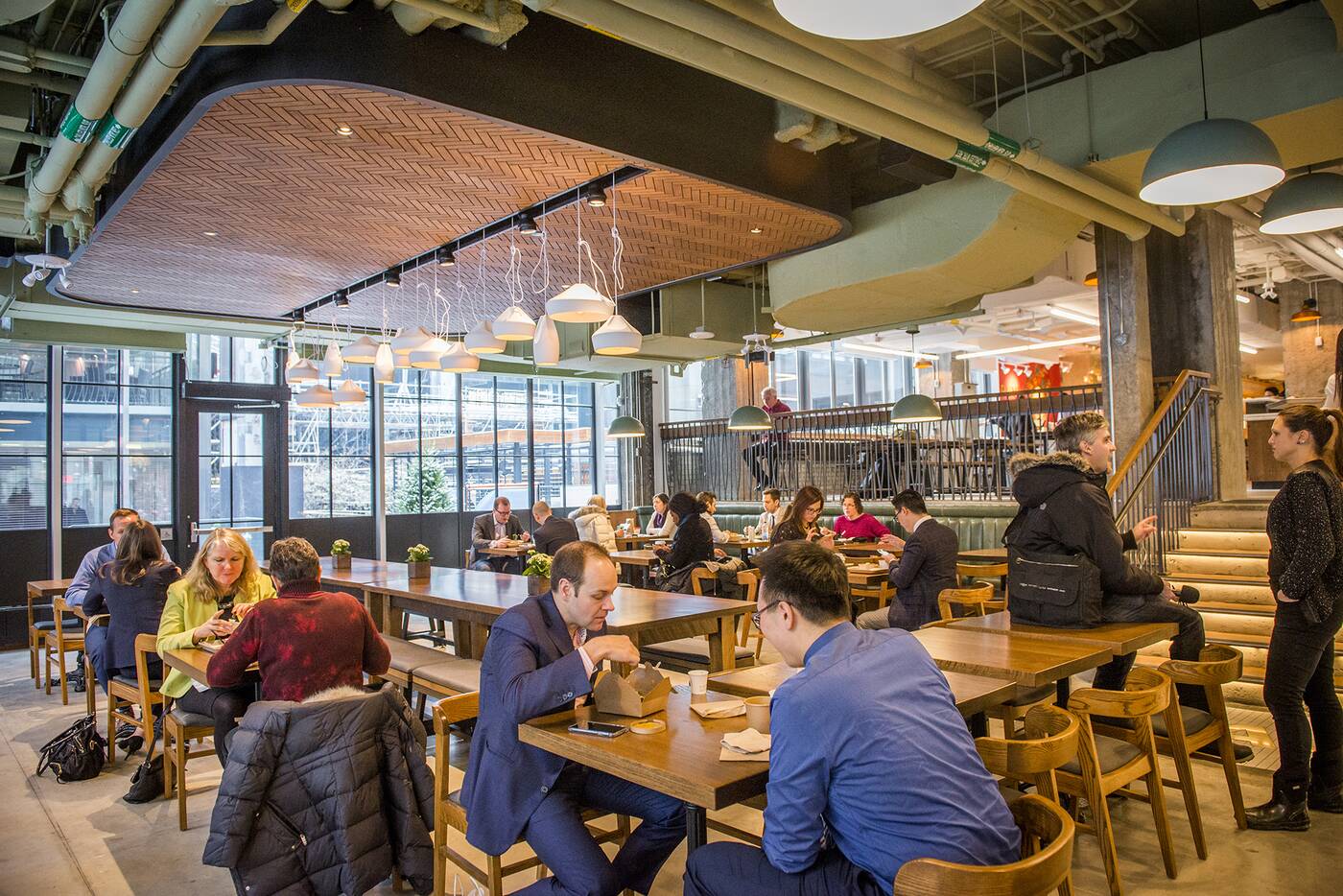 With extensive hours, three halls, fully stocked bars and occasional guest DJ’s to add a bumping soundtrack to your meal, eating at at this food hall guarantees a unique dining experience.

Here are the restaurants and bars in Assembly Chef’s Hall. 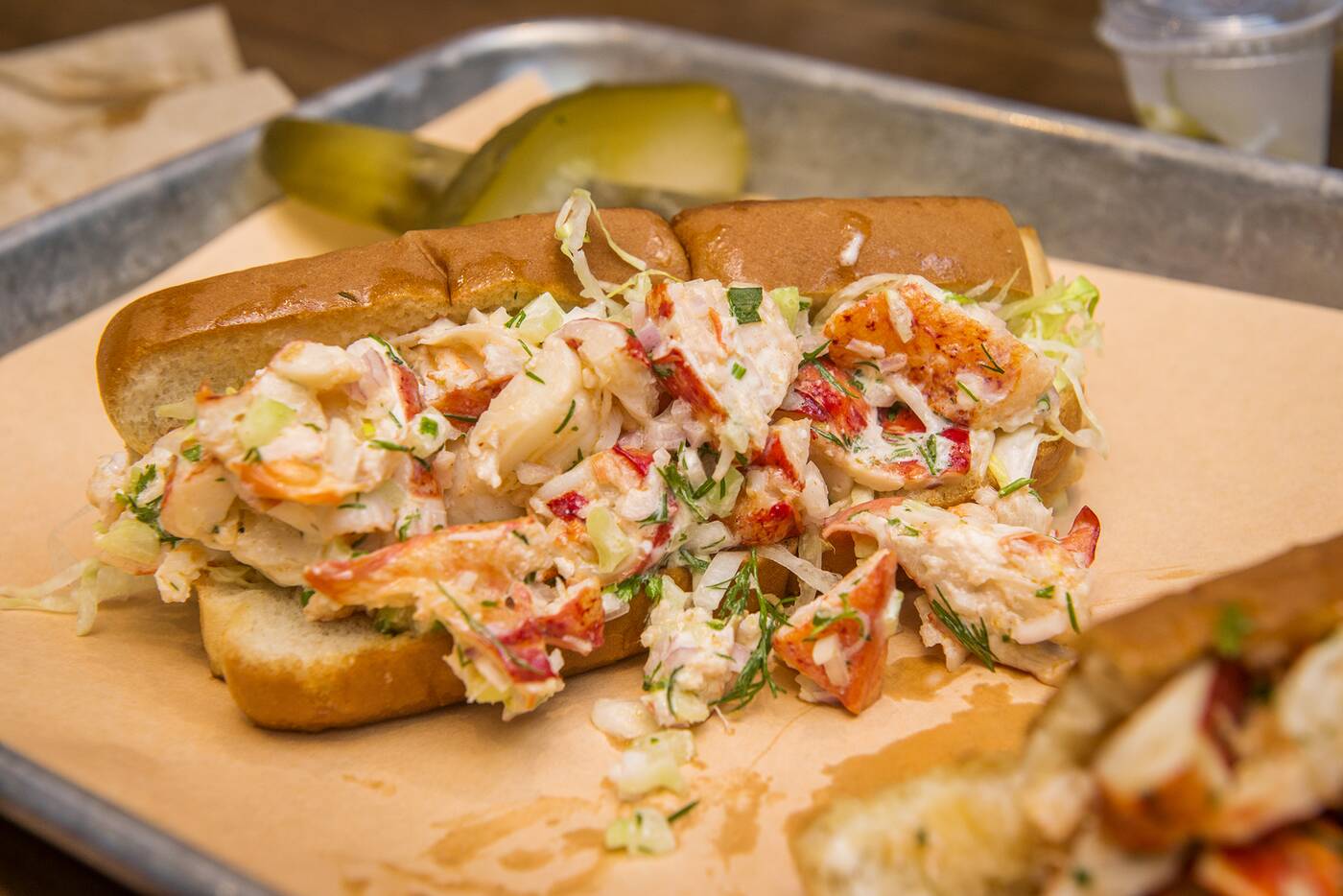 This stall serves a small but mighty selection of lobster rolls. Headed by the executive chef at Little Anthony’s, all lobsters served at Bluenose come direct from Nova Scotia. 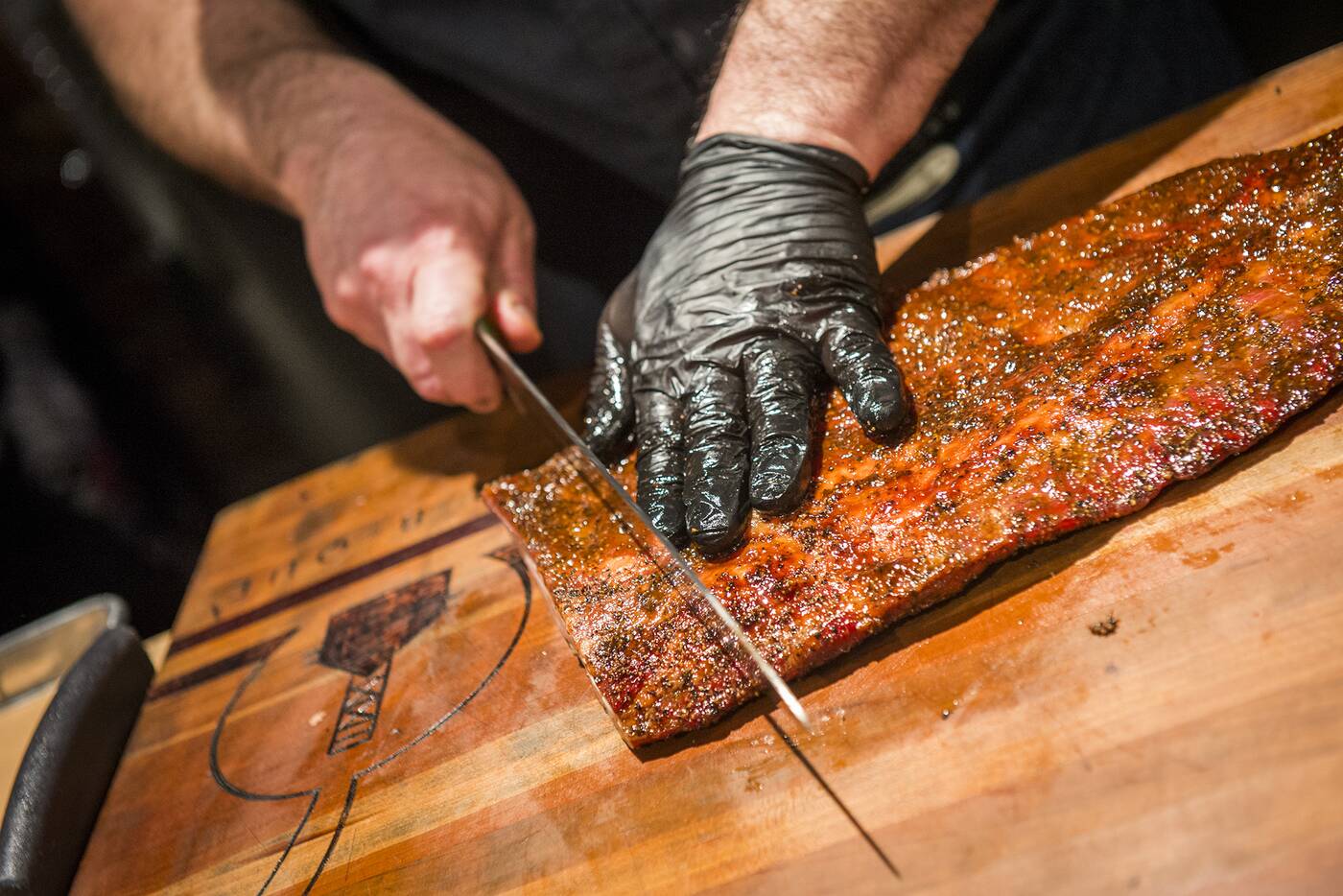 With a massive restaurant in the Port Lands, pitmaster Lawrence La Pianta is working with considerably less space at Assembly, but is still serving up the same juicy barbecued meats. Brisket and pulled pork makes this place a Richmond Street destination for meat lovers. 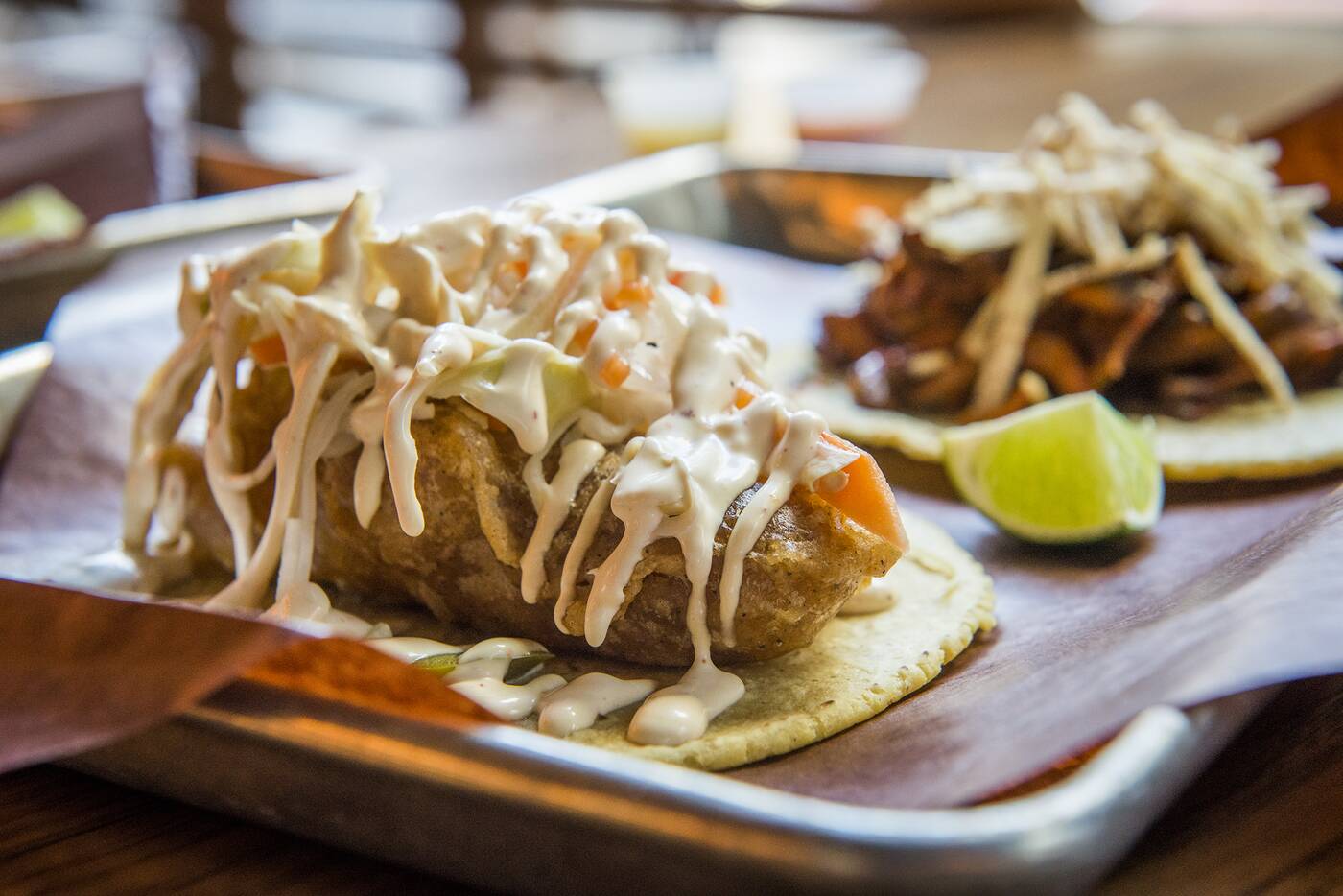 Travel through the regions of Mexico at this stall headed by renowned Mexican chef Elia Herrera. Differing from its big sister Los Colibris in that it focuses solely on tacos, Colibri makes its tortillas in-house. 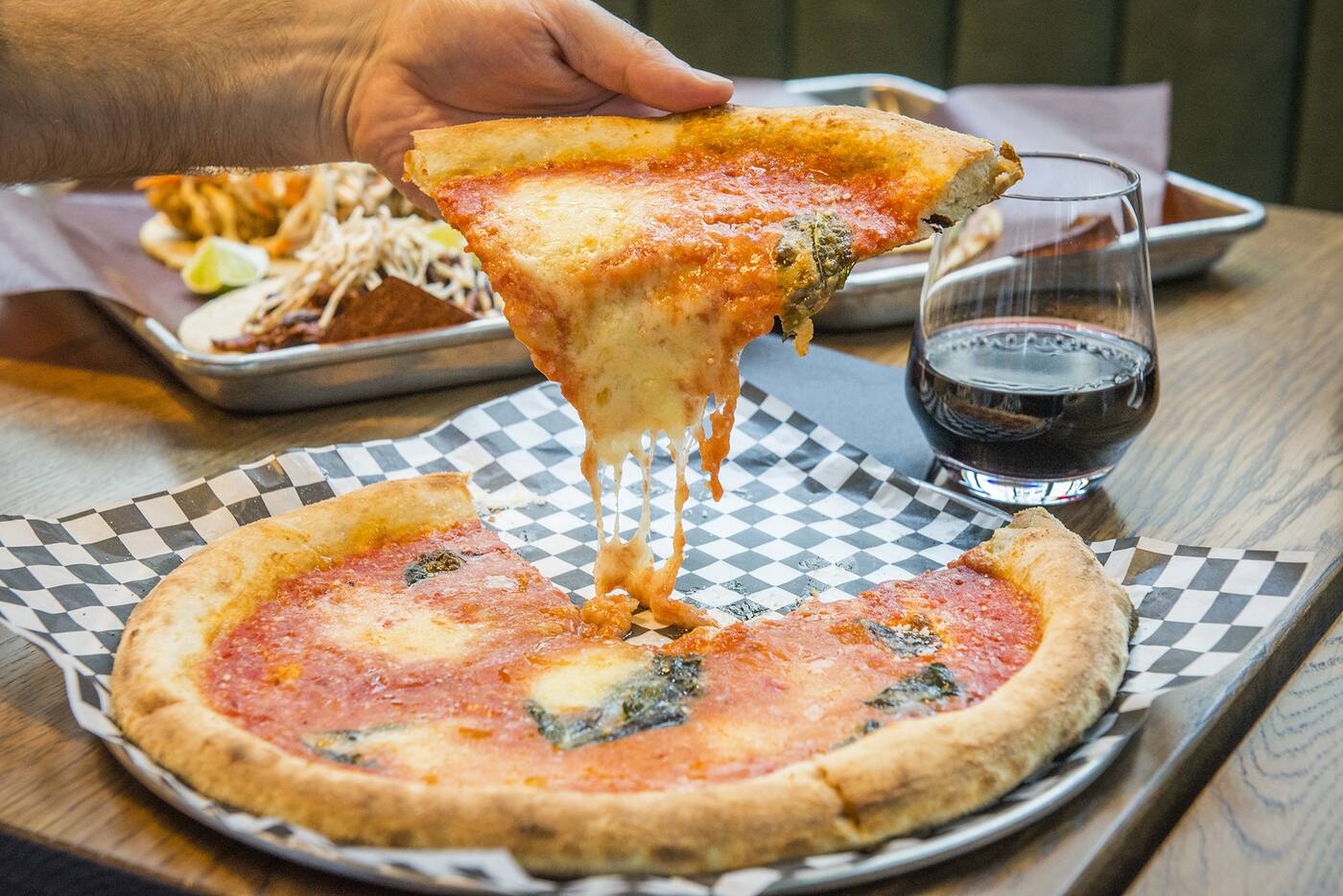 Already spinning out pizzas from his West Queen West location, Vittorio Colacitti (who is also behind Via Mercanti) brings his thin-crust, 12-inch pizzas to the Financial District. 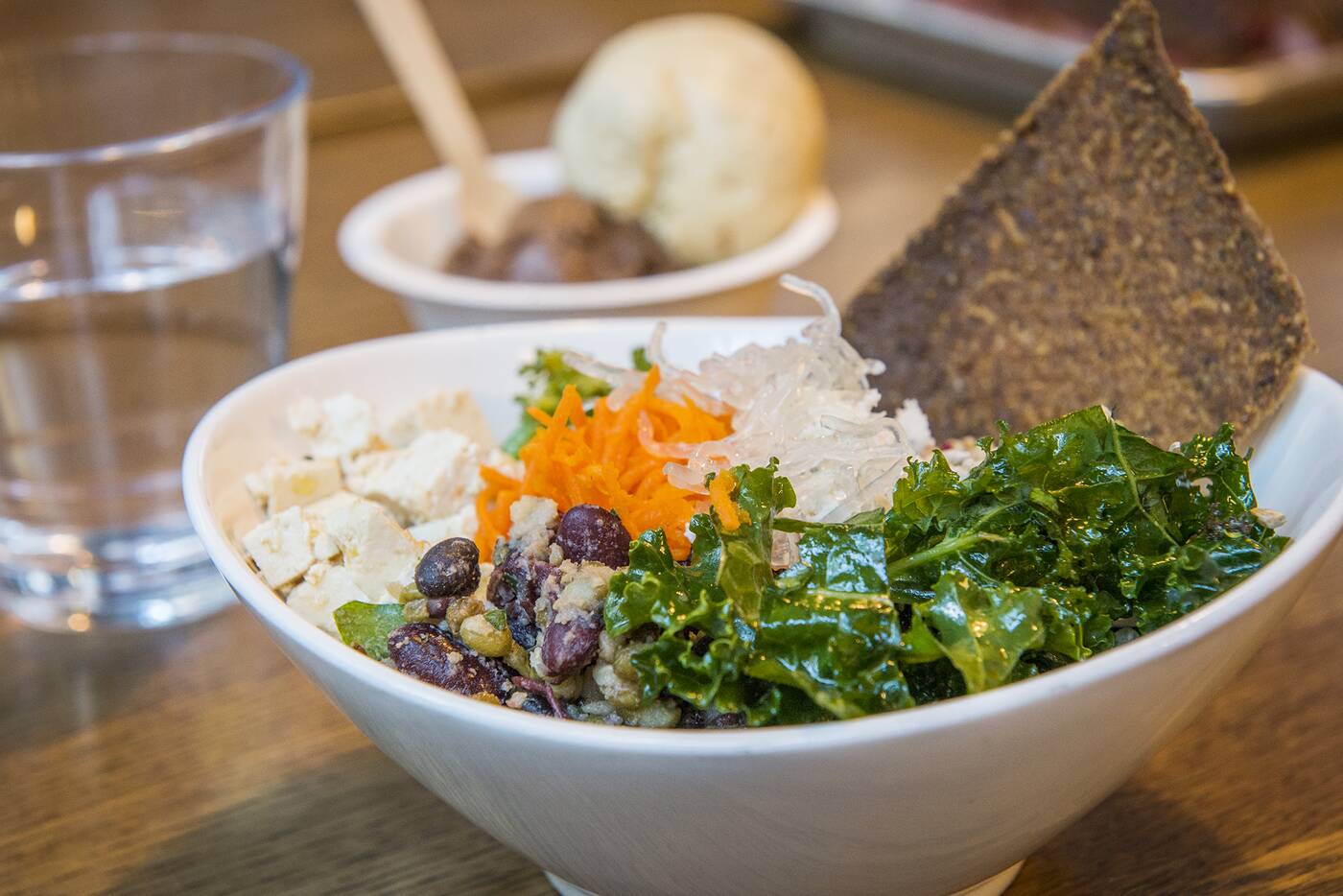 You might not believe it’s possible to fit 42 ingredients into a salad, but it is. Hibiscus has been doing it at their Kensington location for years, and now you can get it at Assembly, along with other healthy fare like vegan ice cream. 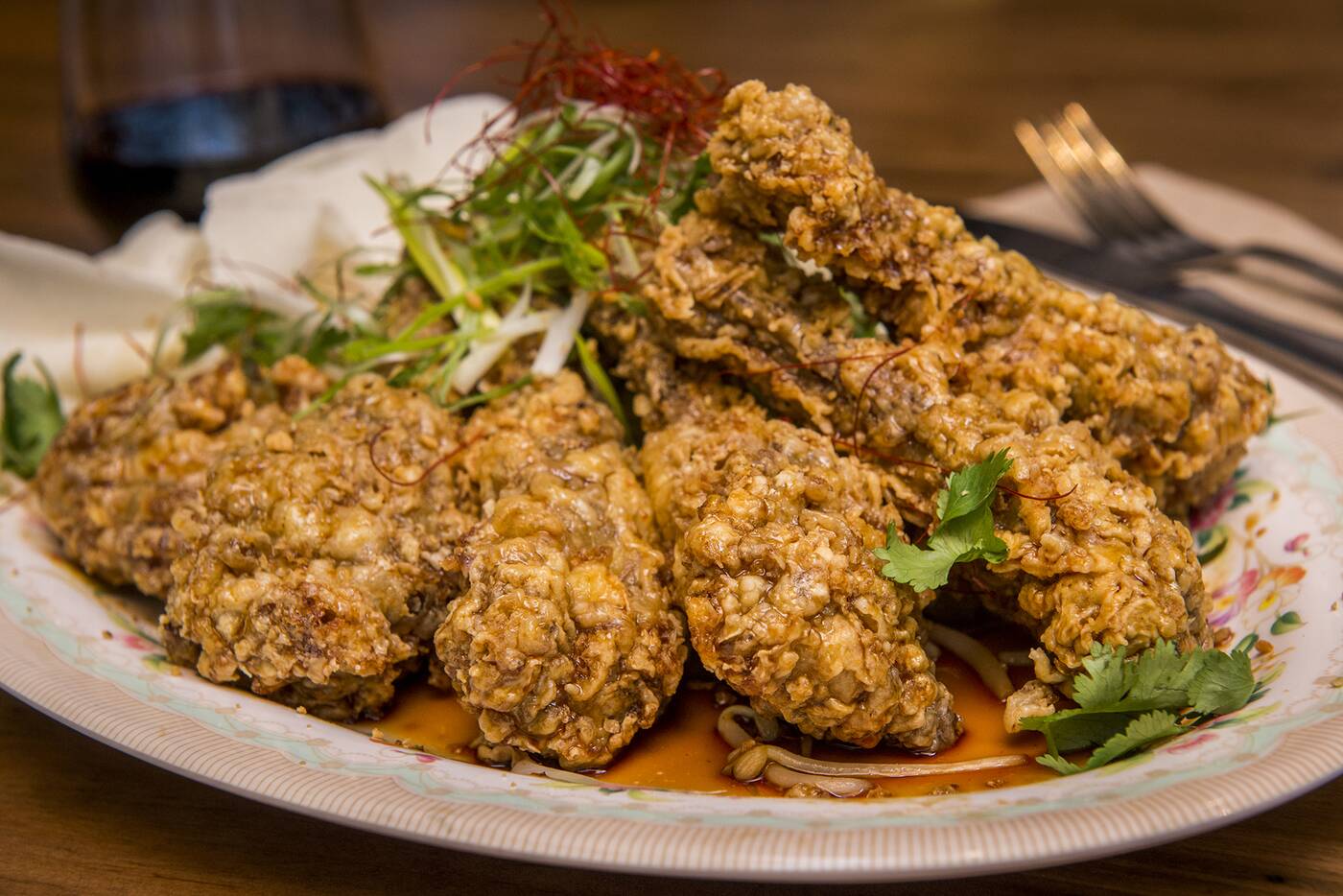 Acting as the mini version of his restaurant in Little Italy, chef Nick Liu serves his takes on Asian cuisine with phenomenal dishes like the Peking-style glazed confit duck wings and truffle fried rice. 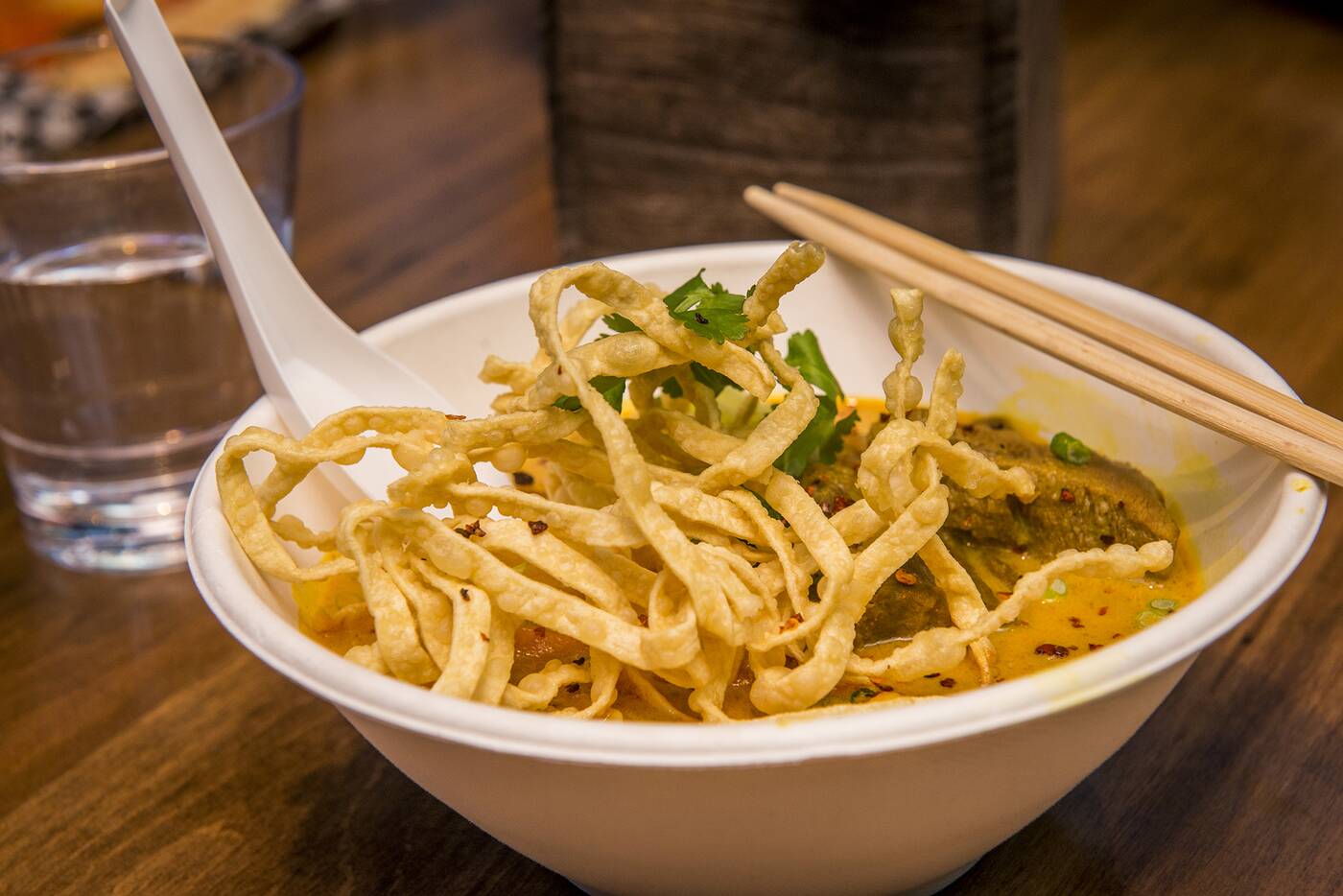 Capping her menu off at three items, chef Chantana Srisomphan of Khao San Road and Nana continues to deliver her hit Thai dishes in this small, rustic stall. They’ve also partnered with Millie Creperie to create a bag of popcorn that will both confuse and delight your tastebuds. 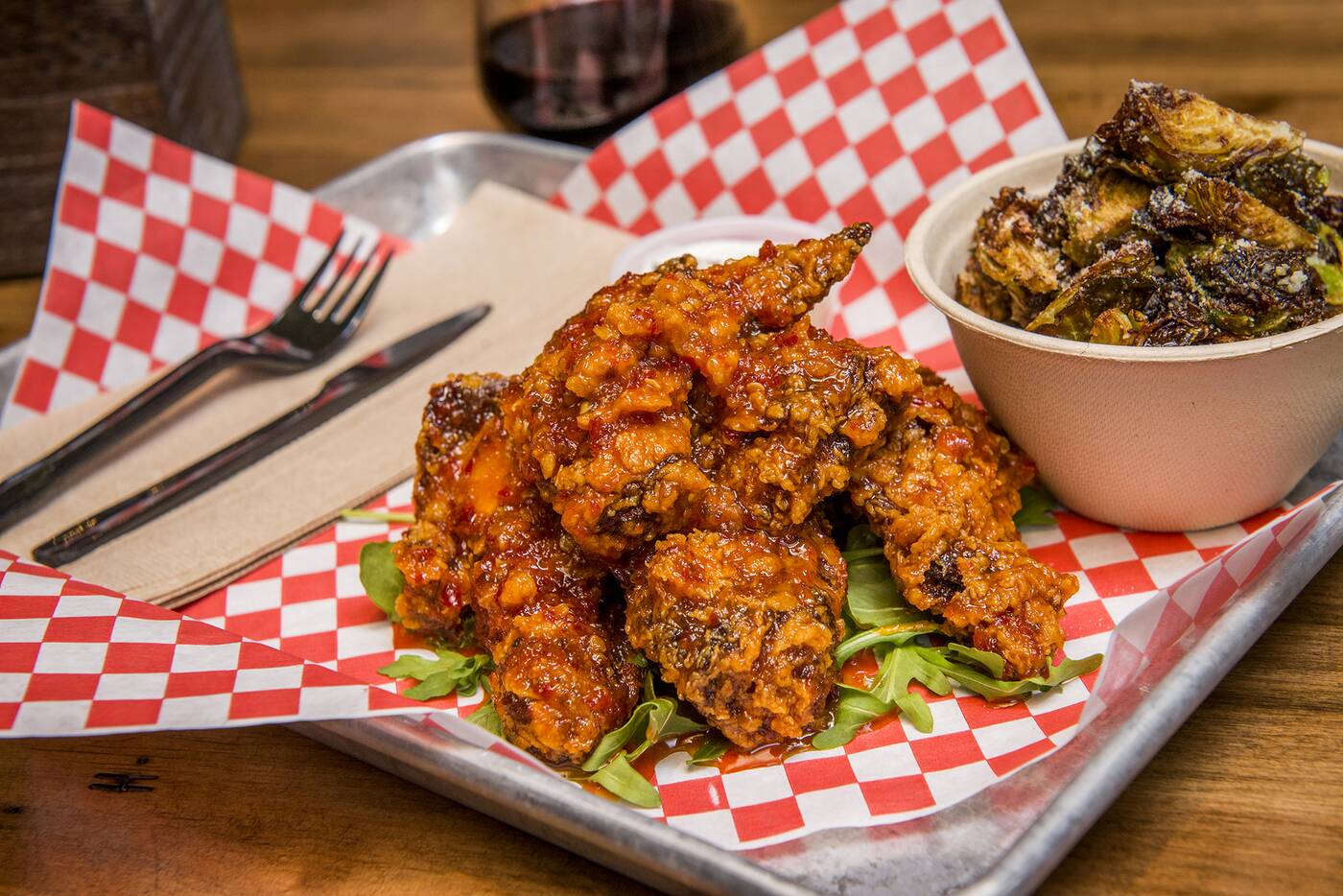 Buttermilk fried chicken tossed in honey hot sauce – enough said. Unlike their location in the Junction Triangle, these chicken experts are focusing on fried birds. They've also got an side of fried brussel sprouts that are to die for. 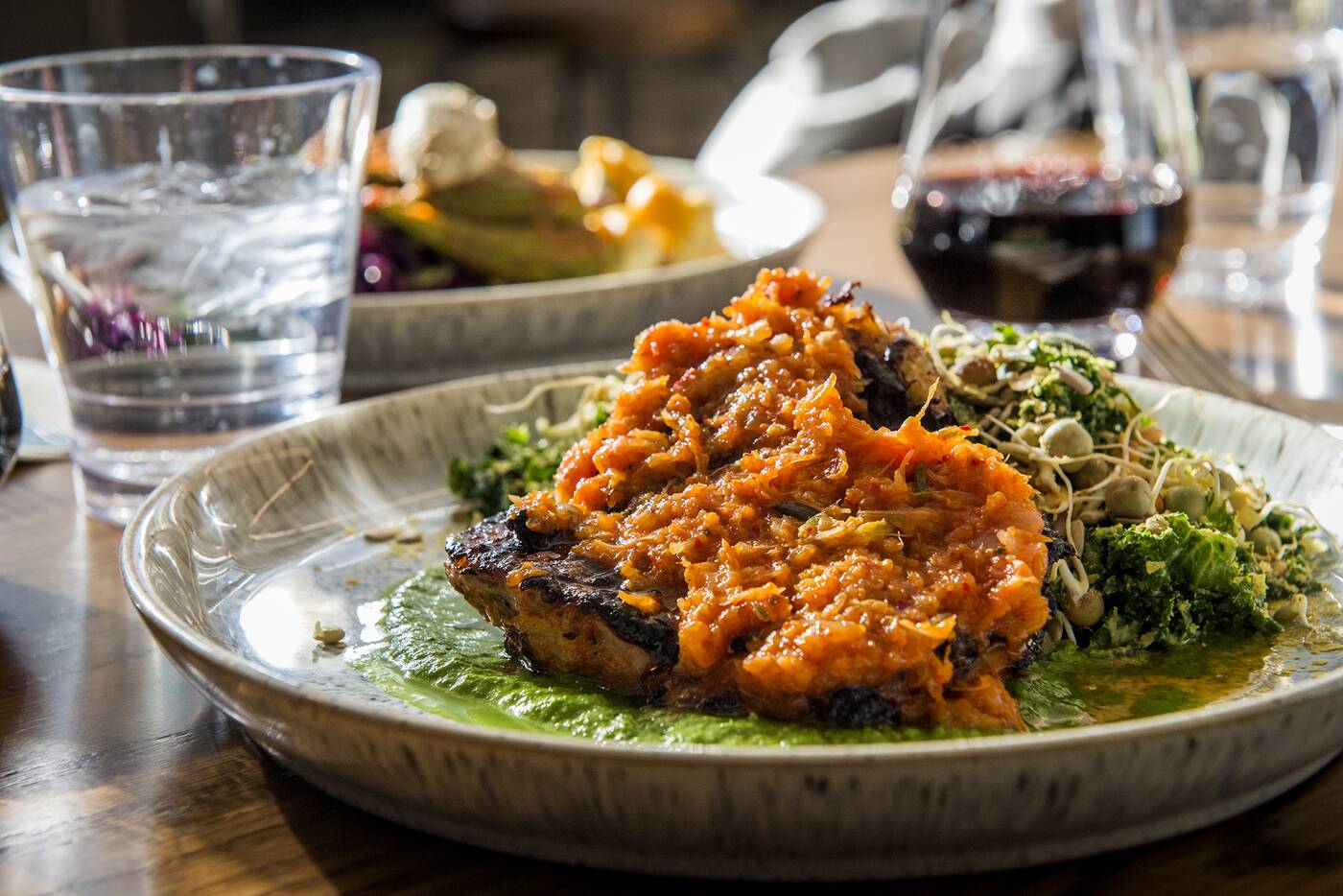 While this spot serves up healthy fare, they’re not strictly vegan. Besides their popular BBQ okra, they've also got an organic honey kimchi chicken dish that’s healthy but still plentiful in protein. 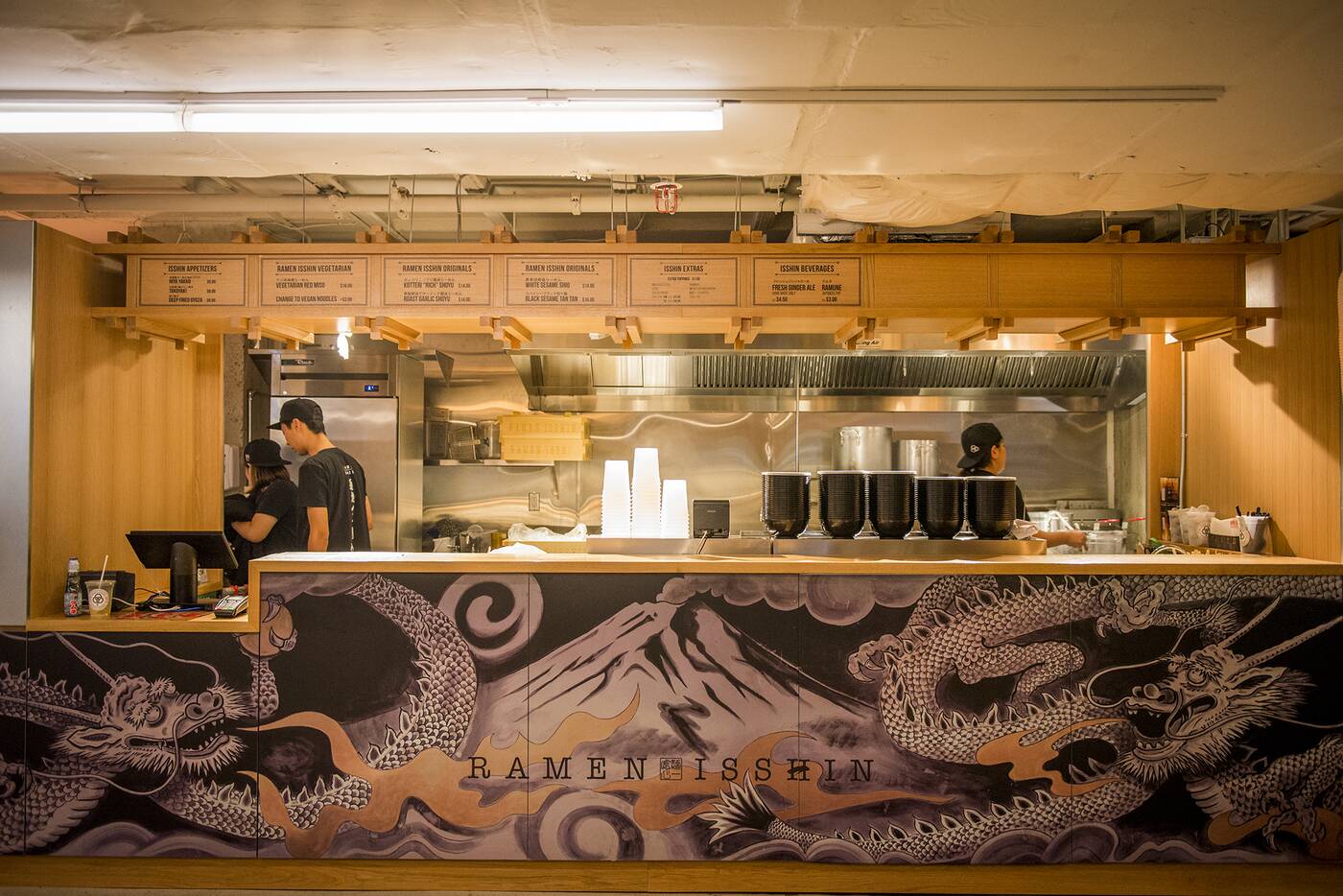 The Financial District lunch crowd can now get their fill of Koji Zenimaru’s wildly popular ramen without having to travel to his original spot in Little Italy. There’s no better place in the area to get authentic ramen than here. 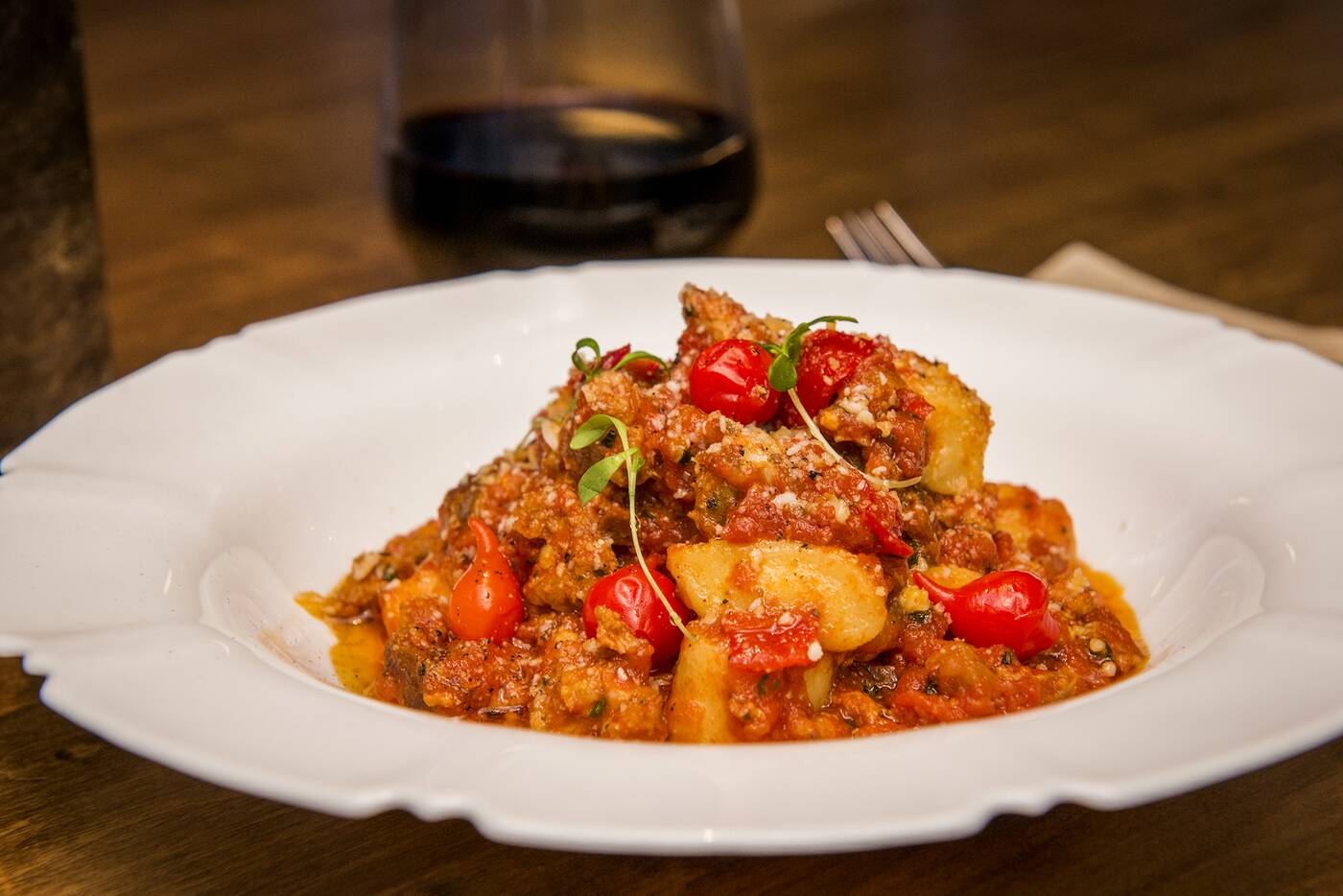 As the brain child of gnocchi guru Ivana Raca and Chopped host Brad Smith, Boemo wants to be a go-to spot for Canadian comfort food. Add their signature truffle parmesan fries to your saucy sliders for an extra messy meal. 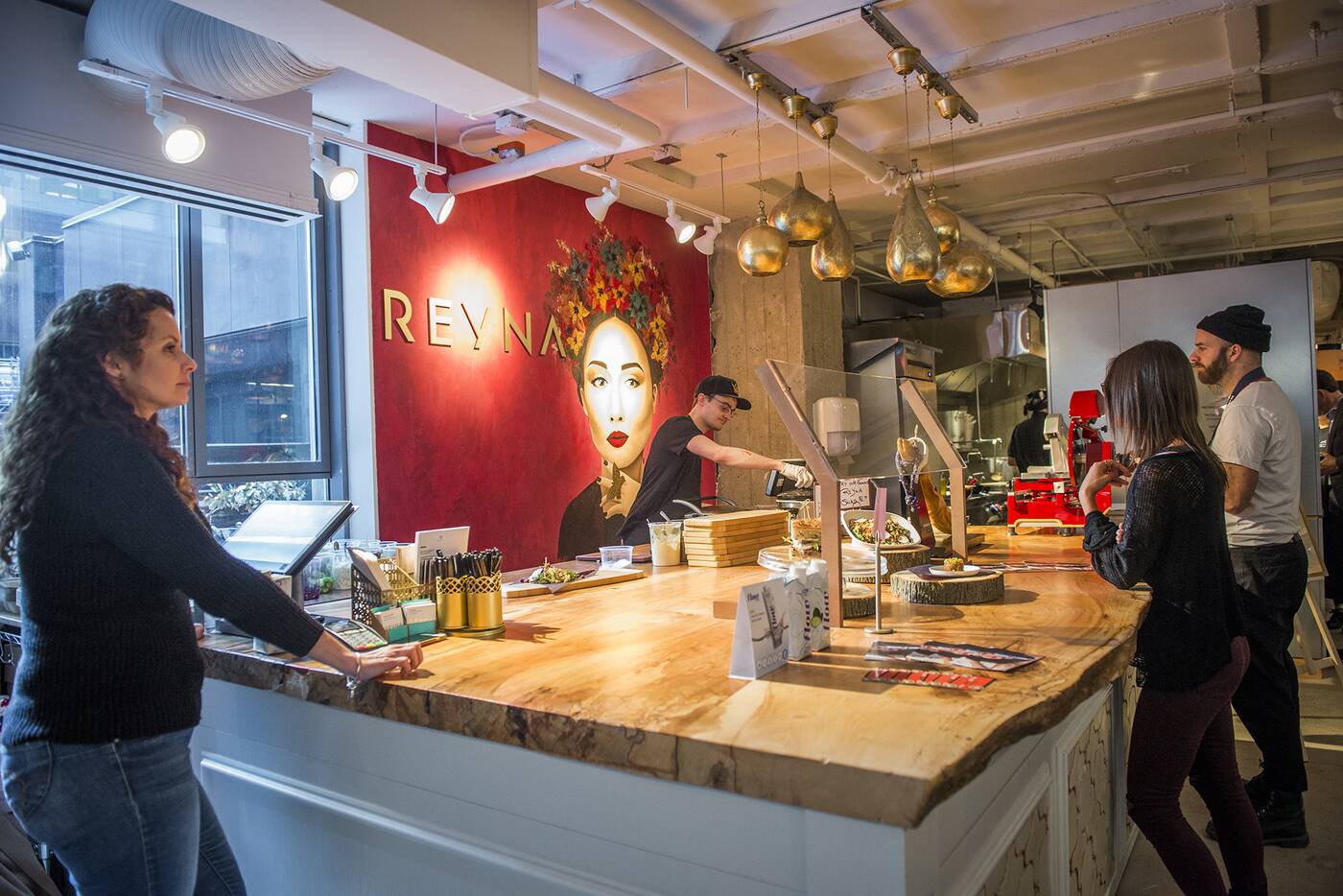 Dishes from Lebanon, Greece, Spain and Turkey are all on the menu here. Drop by the little sister of Bar Reyna in Yorkville to try some lunch-portion Mediterranean specialities like lamb baclava and their famous Reyna salad. 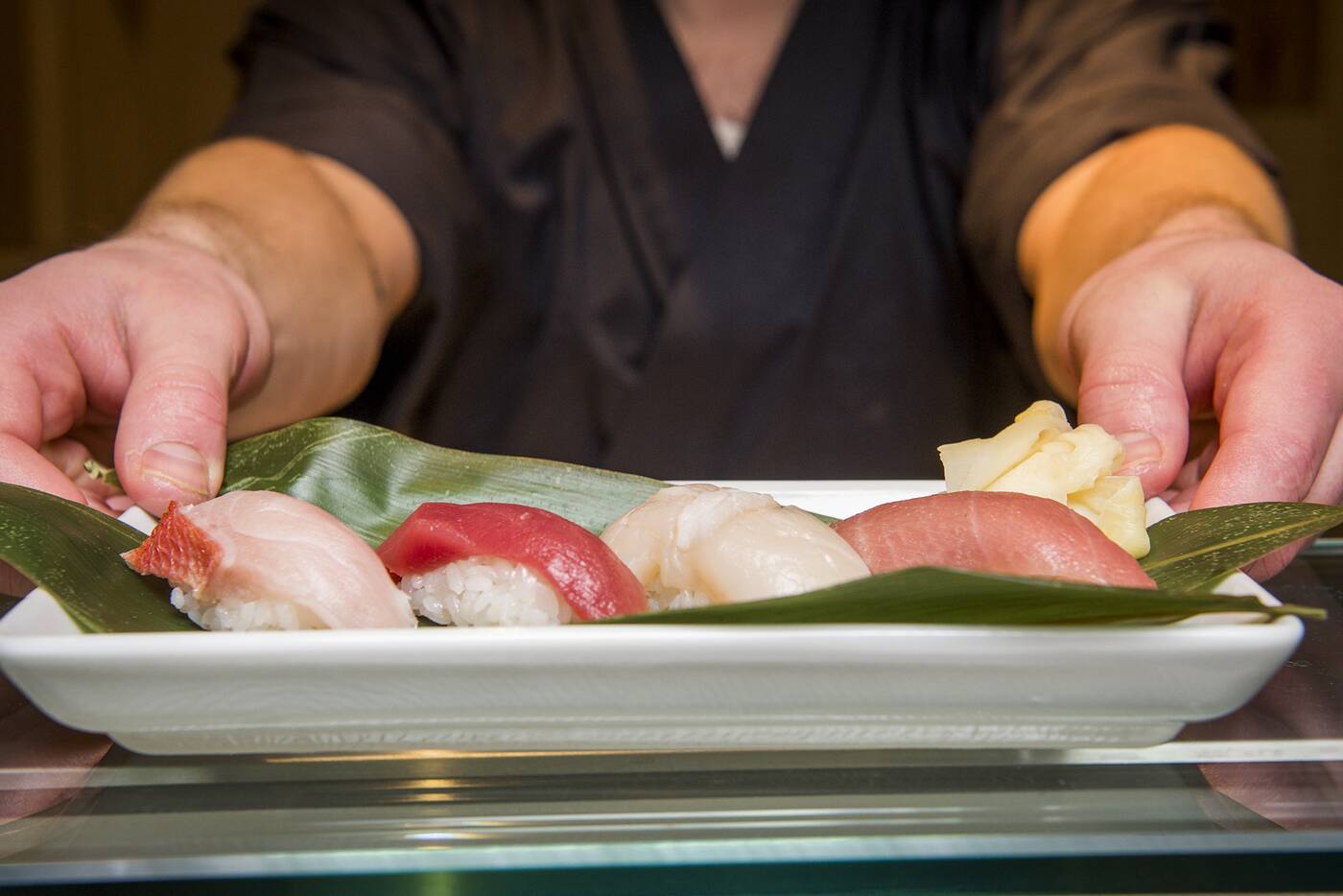 The second stall by Jackie Lin, this omakase is the first standing-only restaurant in Toronto. Tachi has stringent reservation rules and a 30-minute limit – just enough to sample the chef’s delectable menu of 11 dainty sushi pieces and a single hand roll. 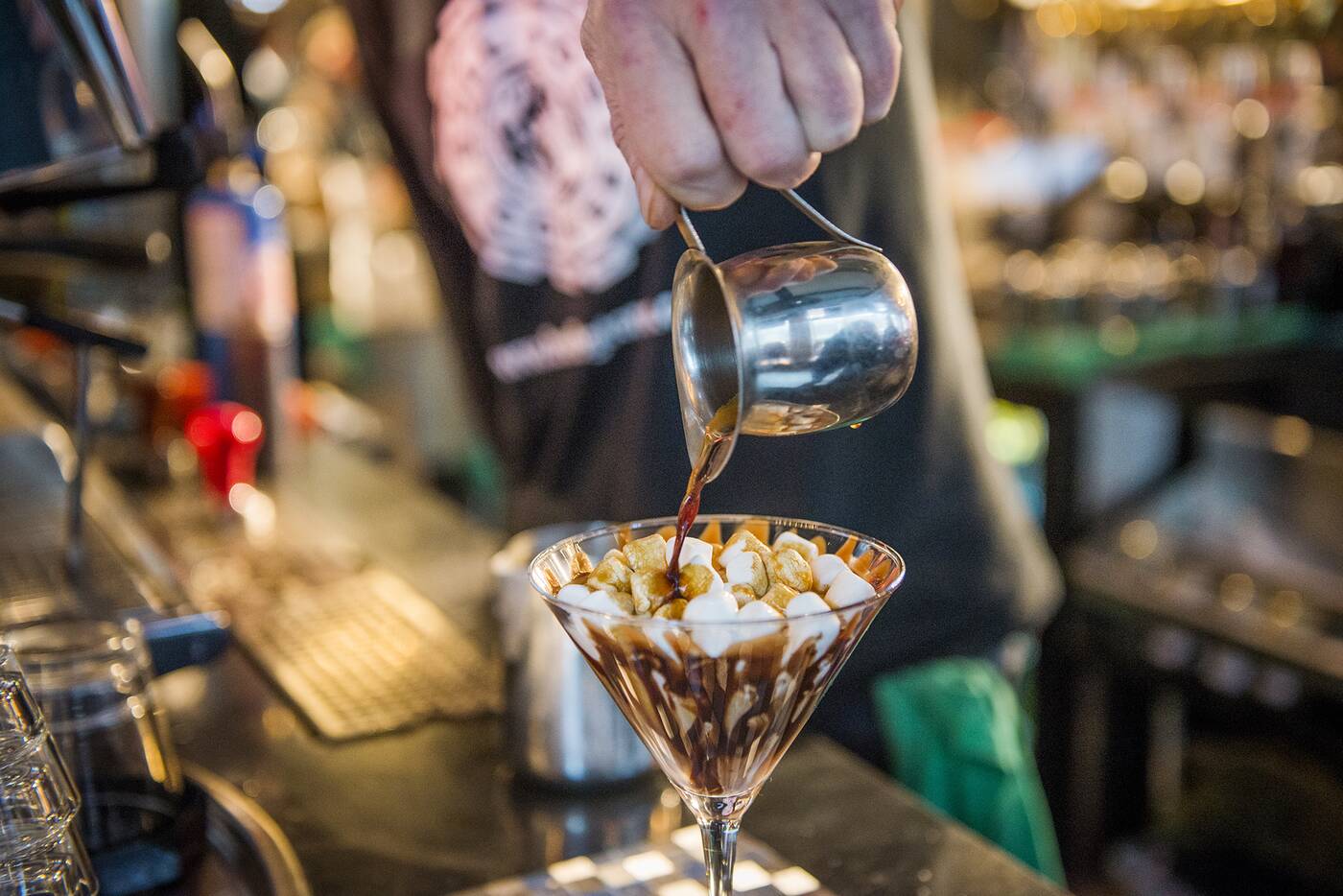 This well known name in Toronto's indie cafe scene serves up a notoriously invigorating coffee called the Bulldog; a half cappuccino, half latte concoction that will get you wired. It usually comes with two espresso shots but you can order it with four. 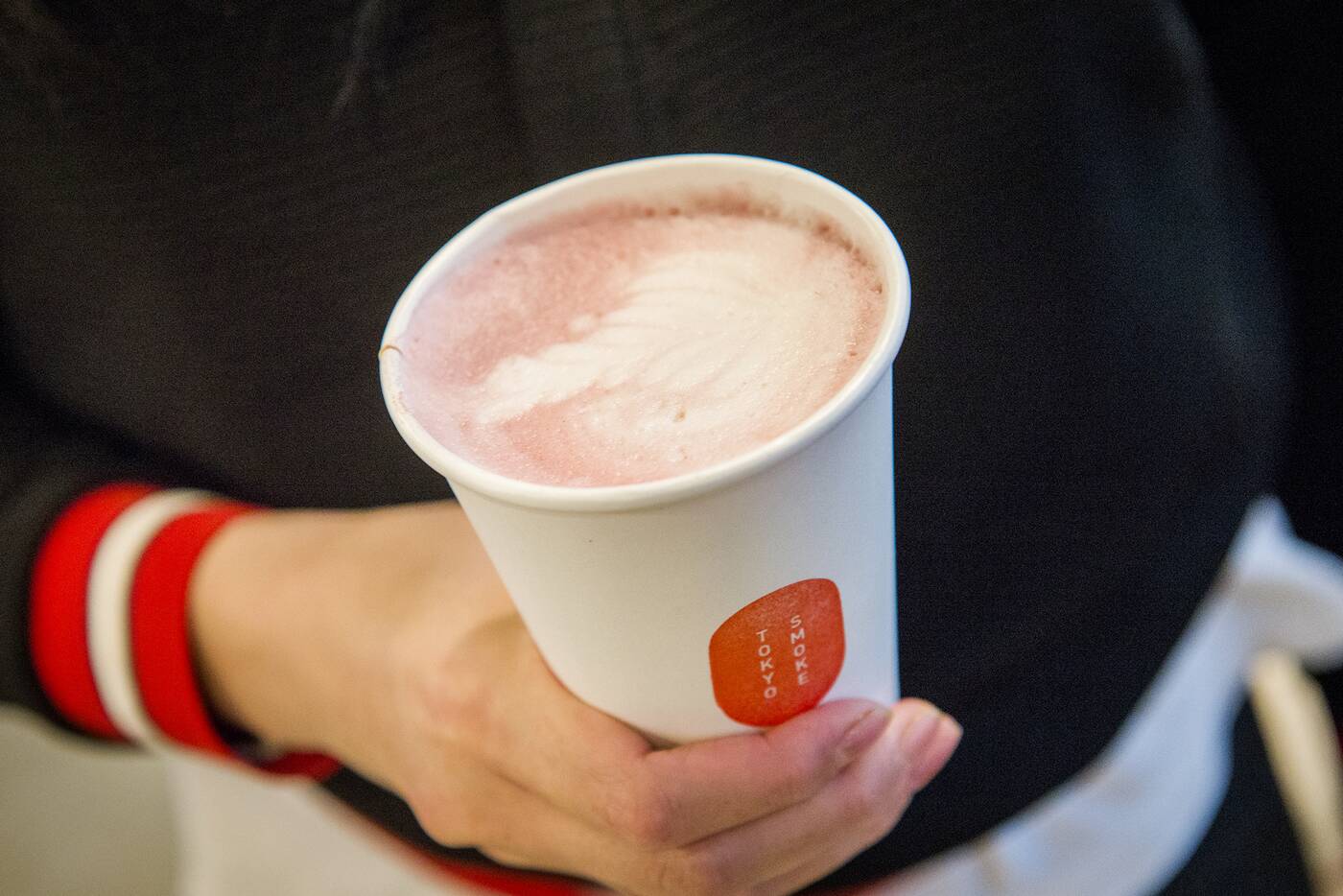 This popular lifestyle brand caters to coffee and weed lovers by providing drip coffees as well as smoking accessories. Heading back to work? Pick up their Cloud Mist spray, which helps to eliminate any other, um, pungent odours you might have on your persons. 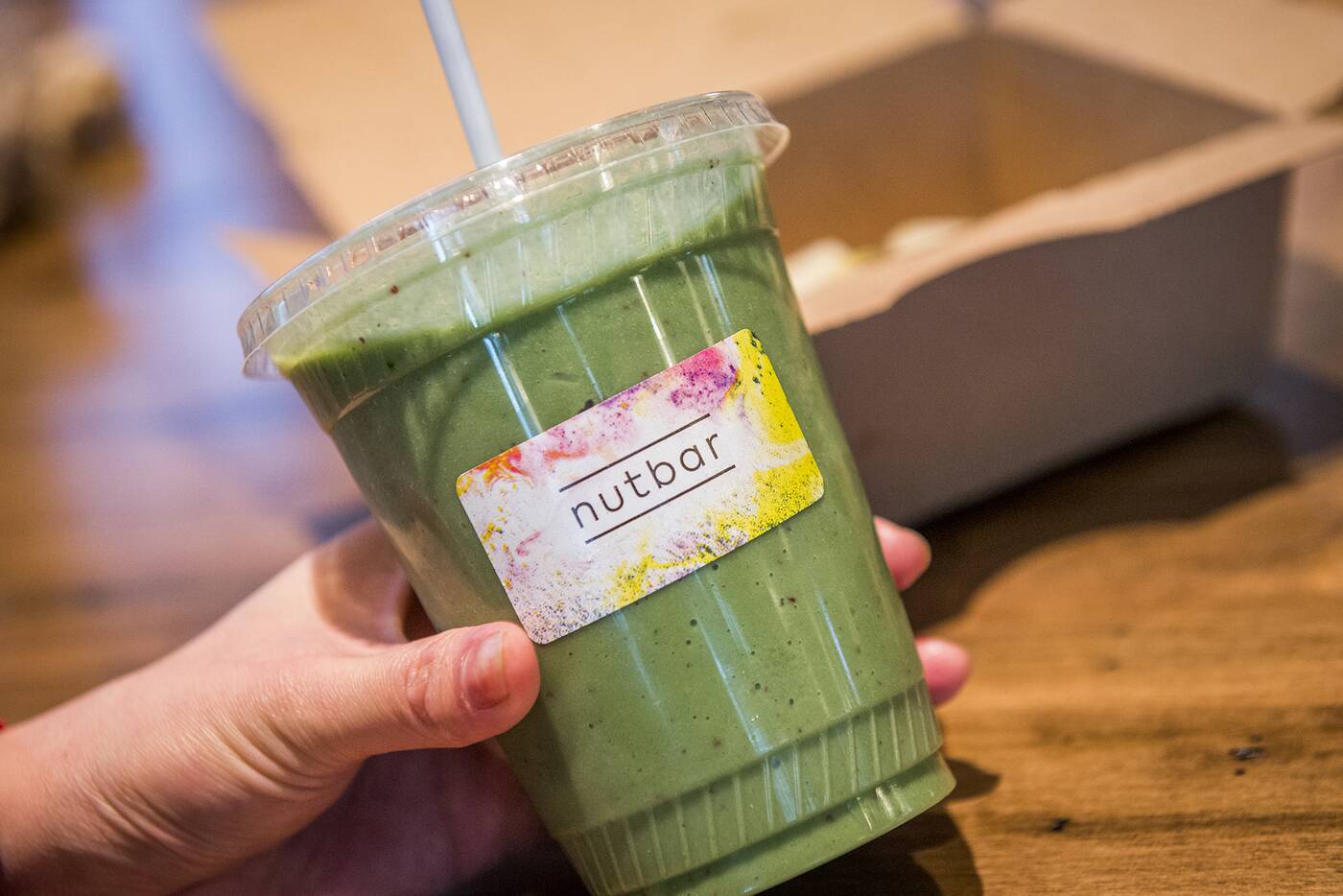 At their original location in Rosedale, Nutbar still draws a crowd for their vegan and gluten-free eats and drinks. Here at Assembly they serve a selection of their coffee, sandwiches and smoothies that you can indulge in without feeling guilty. 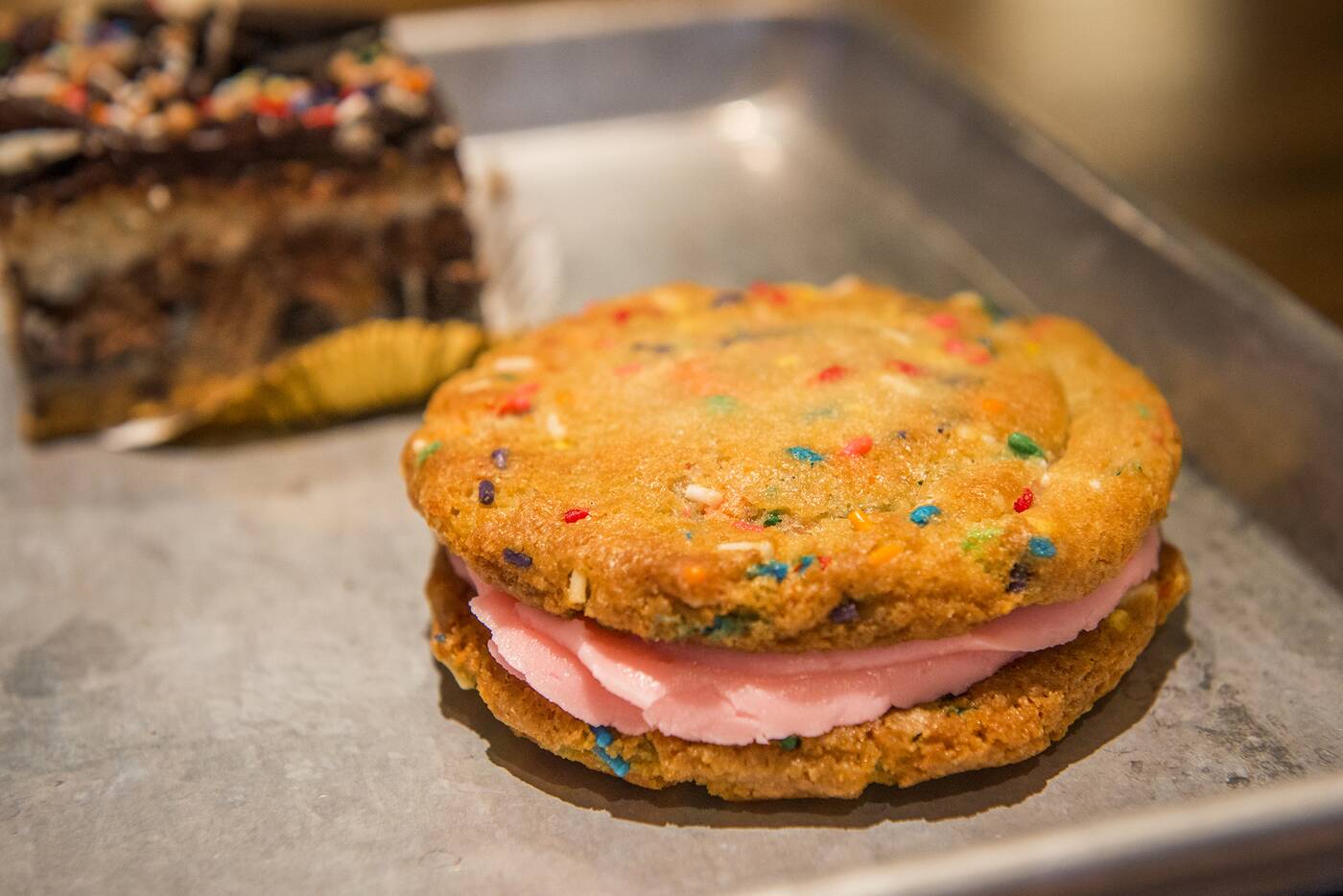 Everything on this menu will give you cavities but it’s worth it. This bakery is already wildly popular but its Assembly spot is the only location where you can get their signature cake service which includes a dazzling display of sparklers, music, and a giant cake. 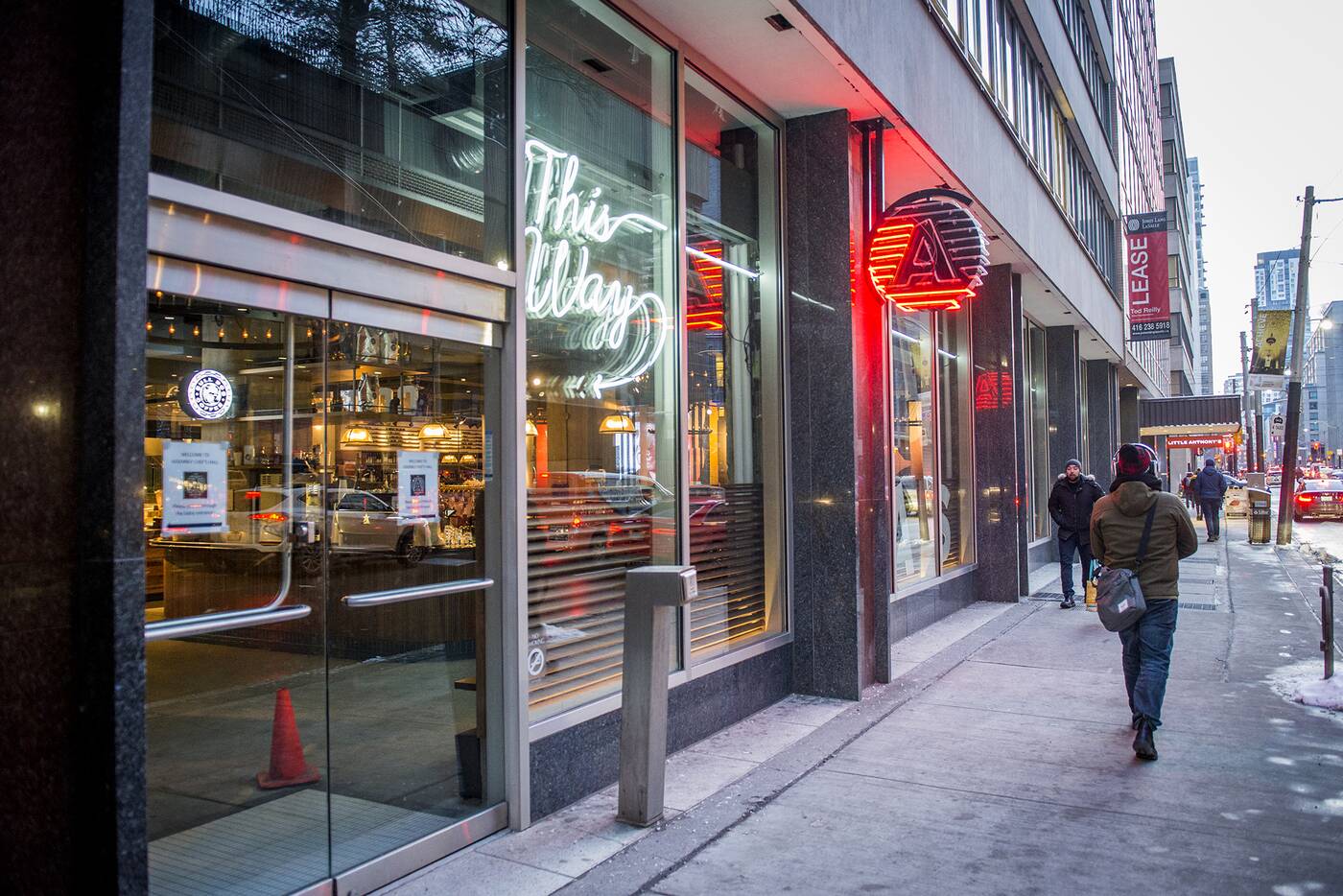