Dailo is the hotly anticipated new creative outlet for the culinary stylings of chef Nick Liu, the once-transient chef behind a series of Gwailo pop-ups known for inventive east-meets-west hybrid dishes like General Tso sweetbreads.

Now, he's partnered with Sommelier Anton Potvin (read: the wine list is probably worth checking out, although I didn't this time) and husband-and-wife team David Dattels and Jen Grant. The team has come together to establish this new spot, as well as a second-floor bar, dubbed LoPan, at the College Street address that was until recently Grace Restaurant. 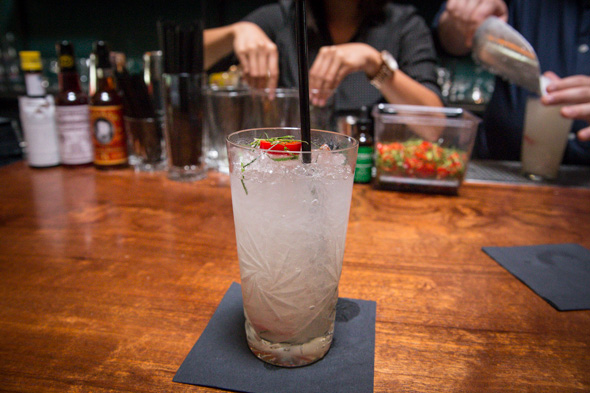 On the main floor the dining room, designed by Solid Build & Design , employs fanciful chinoiserie motifs; globe lamps, patterned screens, handpainted murals blossoming across the walls. Upstairs in the loud bar, a collection of bird cages hangs from the ceiling, while seating hugs the walls, leaving room to jostle at the bar for lemongrass gimlets and other light and citrusy cocktails designed by mixologist Shane Mulvany. 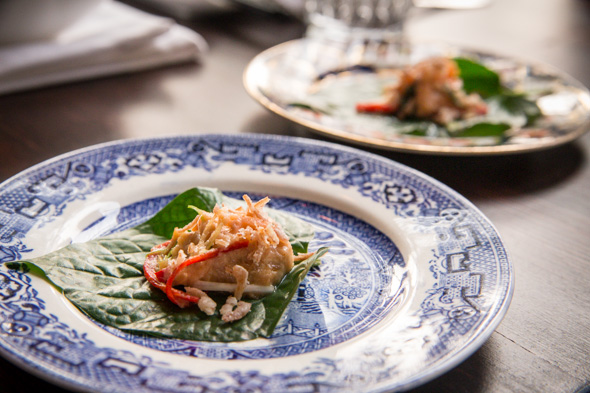 The menu forgoes any idea of courses. There are "single", "small" and "large" plates and the intent is that diners eat according to one's own appetite. The peckish will find playful western interpretations of dim sum; Big Mac baos ($5) and deli sandwich spring rolls ($4), listed alongside entirely novel cuisines like the hickory-smoked trout on a betel leaf ($4).

The two-bite dish is eaten like a lettuce wrap, only its base is a heart-shaped vine leaf apparently valued for being a mild stimulant. It's strongly aromatic and tastes slightly soapy to me, the topping, a spoonful of fish and peanut satay with fried shallots, tastes infinitely better that it looks. 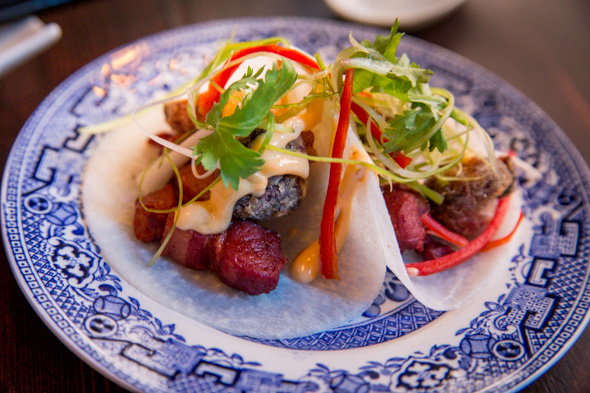 The crispy octopus fresh roll ($13) is unexpectedly presented open-faced like a taco. Set on a jicama shell, are chunks of red braised pork and thick coins of fried octopus - really good fried octopus, coated lightly for a crisp exterior and generously seasoned. 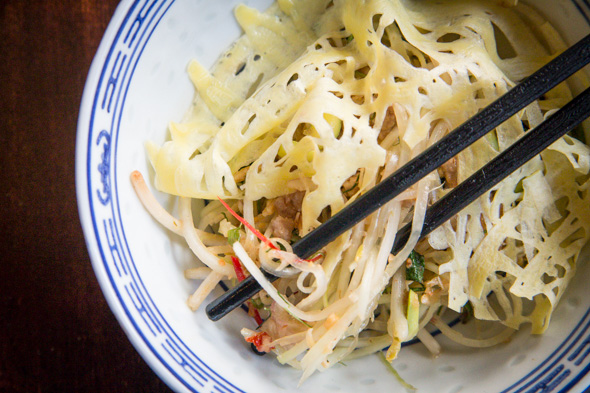 Next up is "eggnet salad" ($12), it's a Thai-style green papaya slaw, mixed with nuts and minced pork, blanketed with a fresh egg, and dressed in a bright and tangy shrimp paste and shallot vinaigrette. Surprisingly, the menu omits any mention of pork (or shrimp), so vegetarians might want proceed with caution ... or just lots of questions anyway. 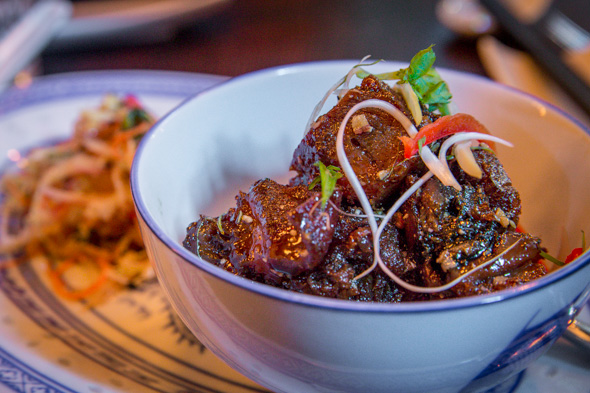 Sweet and sour pork hock ($13) revisits a classic dish that gets bastardized all too often on Canadian-ized Chinese menus. The sweet and salty glaze is simply sugar and vinegar, thick enough to sticks to every caramelized bit of pork. Jellyfish slaw on the side is refreshing, though I would've preferred rice, if only to get the most of that sticky sauce. 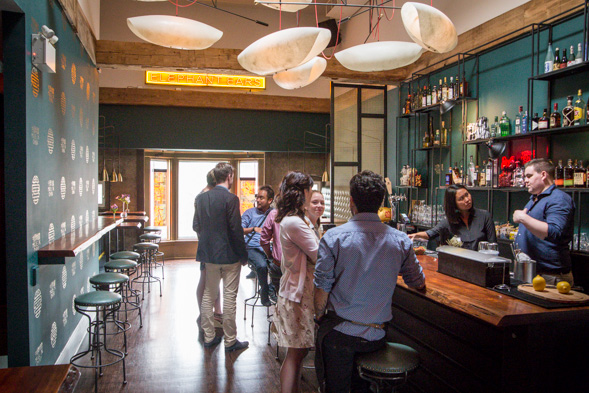 DaiLo and LoPan are currently open Tuesday through Saturday from 5:30pm. 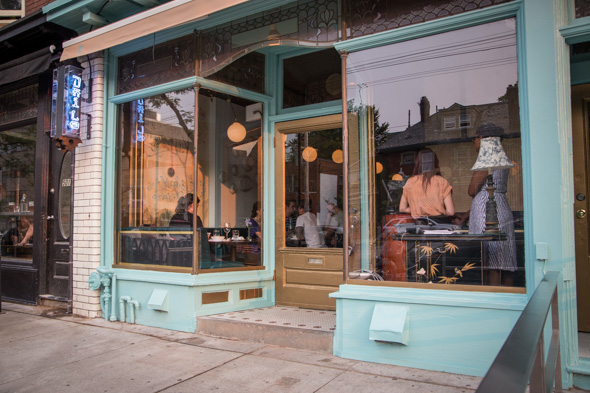