Short and Sweet Cupcakes is a pretty little nut-free cupcake shop on Avenue Road north of Lawrence. Formerly on Old Orchard Grove, Short and Sweet moved to this much more visible location on Avenue about two months ago, looking for a little more room and little more traffic. 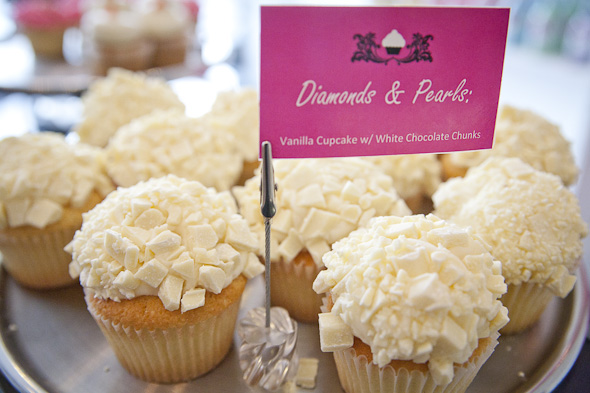 But the shop is the opposite of congested. White walls with pink accents, displays of cupcakes poised on an L-shaped black counter, and sprinkles and a menu proudly presented on the north wall. And that's about it. There's seating--albeit, just outside--in the form of a lone white table with pink chairs, and a modestly sized black chandelier adding just a little bit of flair. But as in most cupcake shops, most of the flair is left to the baked goods. 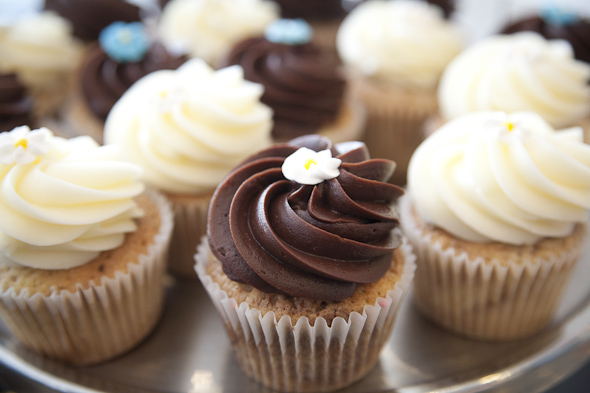 Short and Sweet doesn't limit its offerings to chocolate and vanilla. Unveiling a new flavour each month, the shop's roster has grown to include flavours such as Key Lime Kick (key lime cake with cream cheese icing), Mojito Madness (cake baked with lemon zest and fresh mint from the owners' garden topped with a mint cream cheese frosting) and BBM (banana butterscotch cake with maple buttercream). Waiting for an iPhone cake to blow BBM out of the water, but I digress. 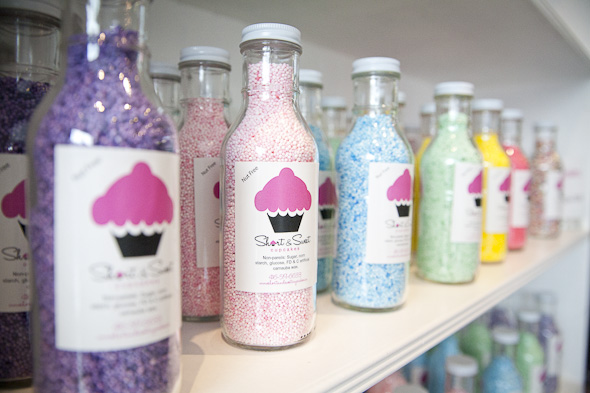 The cupcake varieties available in store vary day to day, but customers can usually expect about 10 different options on weekdays, with double that on Saturdays. Short and Sweet also unveils seasonal flavours such as its Pumpkin Spice cupcake in October and Lady in Red strawberry cupcake in February. Though you can pretty much count on Ice Ice Baby being in shop each day, and thank God that has nothing to do with the rapper. 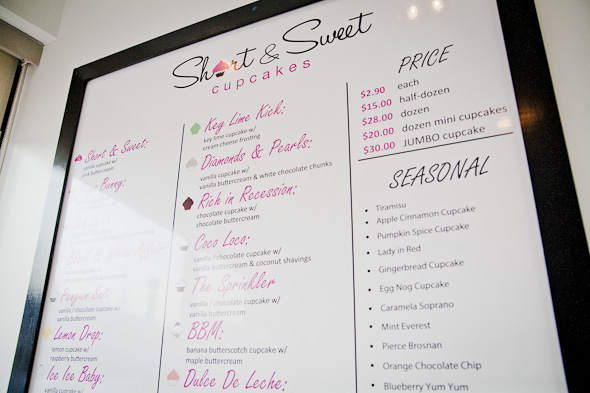 Short and Sweet was started by Orly Levy back in 2009 after deciding to leave the beauty industry and turn her passion for baking into a business. I don't catch Orly when I stop by the new space, but I do meet her husband, Yoni, who is dark and brawny and doesn't look the sort of person you'd expect to sell you buttercream. He concedes that his wife is the brains behind the sweet treats and says she's the one in every morning at 7 a.m., with baking already well underway. 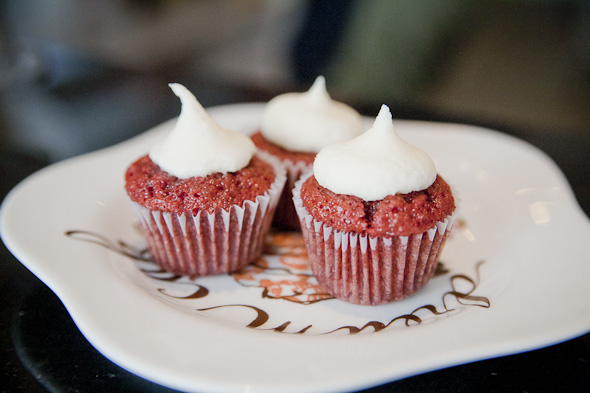 The cupcakes at short and sweet are all nut-free and made with only natural ingredients. Yoni says they're working on vegan and gluten-free options, but for now it's just the regular cakes at $2.90 each or by special order with custom designs. I try the flavour of the month--the Banana Split--and go straight for the chocolate ganache. The banana cupcake is akin to a good piece of banana bread (though slightly denser) and it perfectly sweetened by the heavenly vanilla buttercream. Short and sweet: it was delicious. 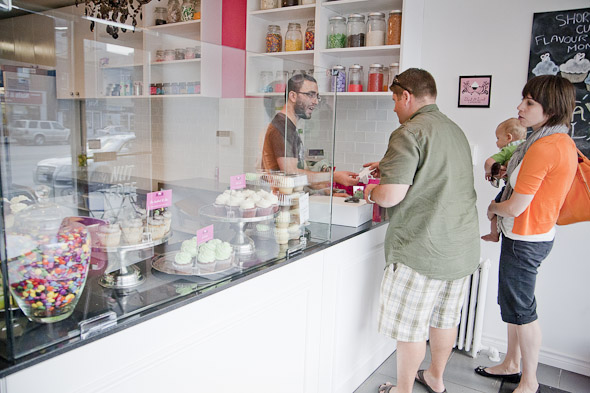 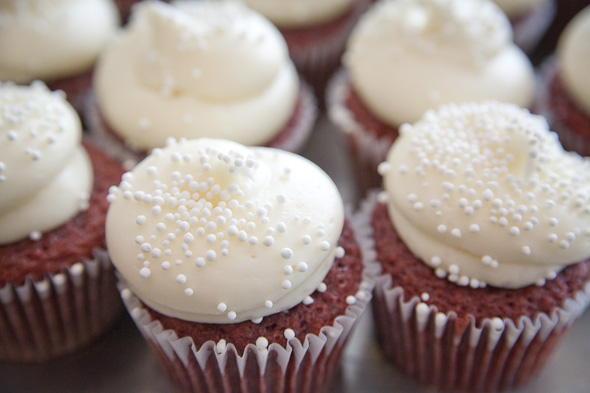 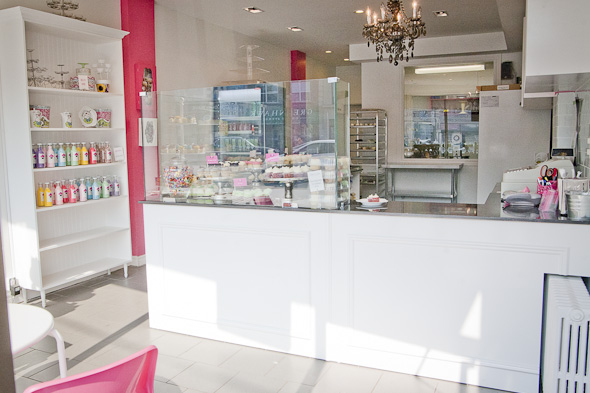 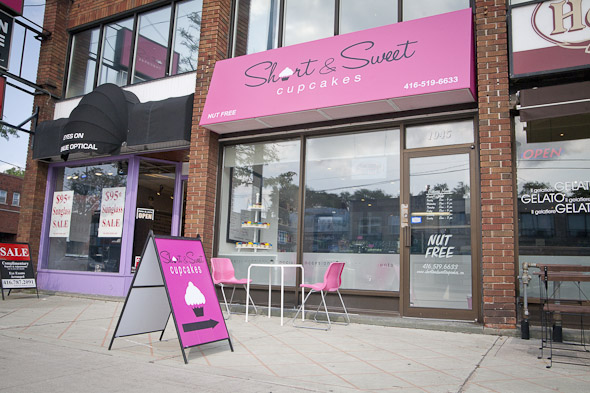