Ruby Soho is open for patio and indoor dining. The restaurant interior has been equipped with floor markers and Plexiglass barriers between booth seats. The patio also has Plexiglass barriers separating diners from sidewalk traffic. Temperature checks are mandatory at the door, as are masks if not seated.

Taking over the old digs of the brunch staple Portland Variety, this all-day destination for aperol spritzes continues the old anchor’s legacy with a patio stretching along Portland and music on blast. 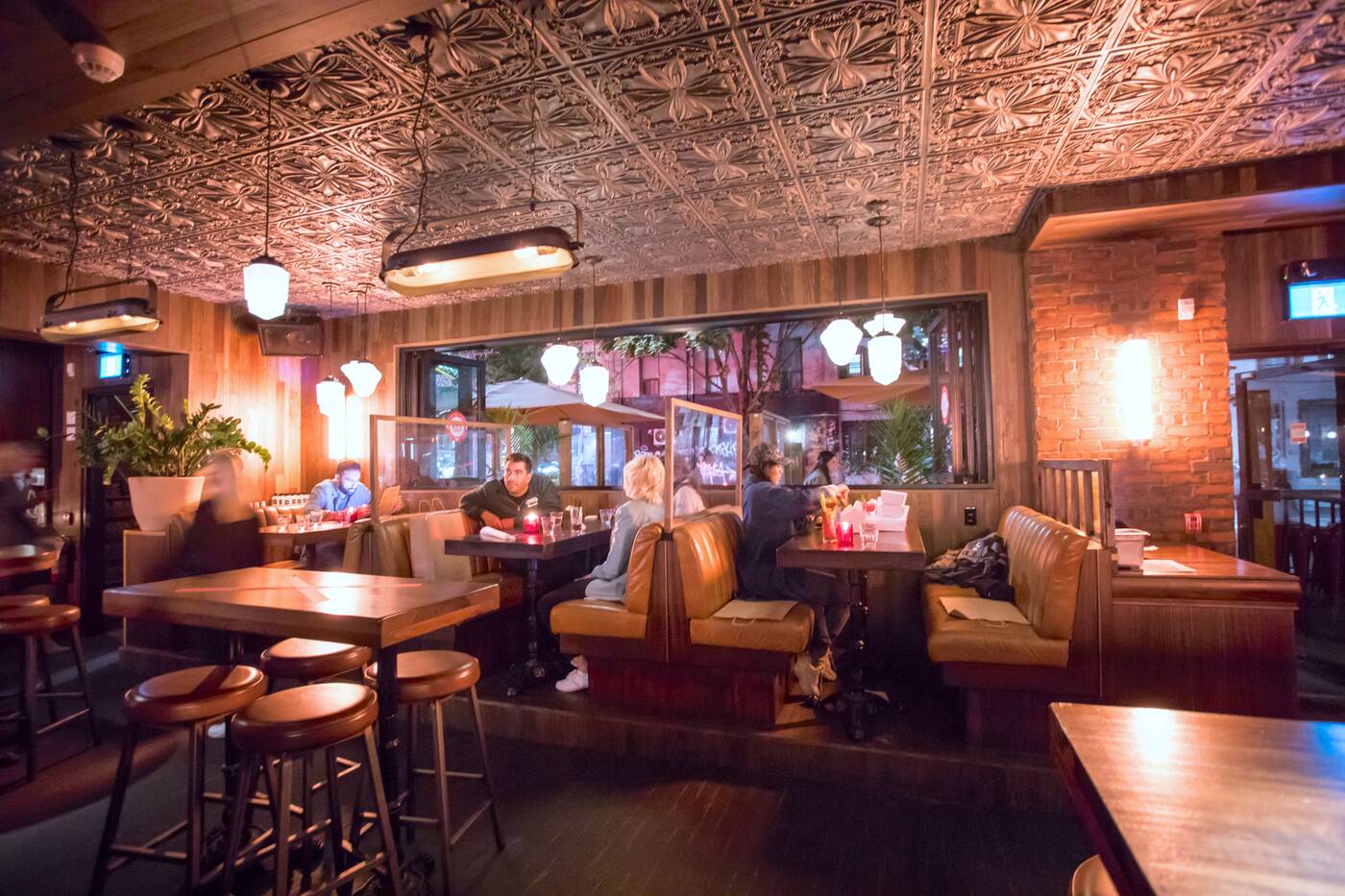 The interior has been gutted completely, making it nearly unrecognizable, aside from the skylight in the back. A stained glass window and arcade game (currently out of service, due to the pandemic) gives the place a barely-lit, neon vibe at night. 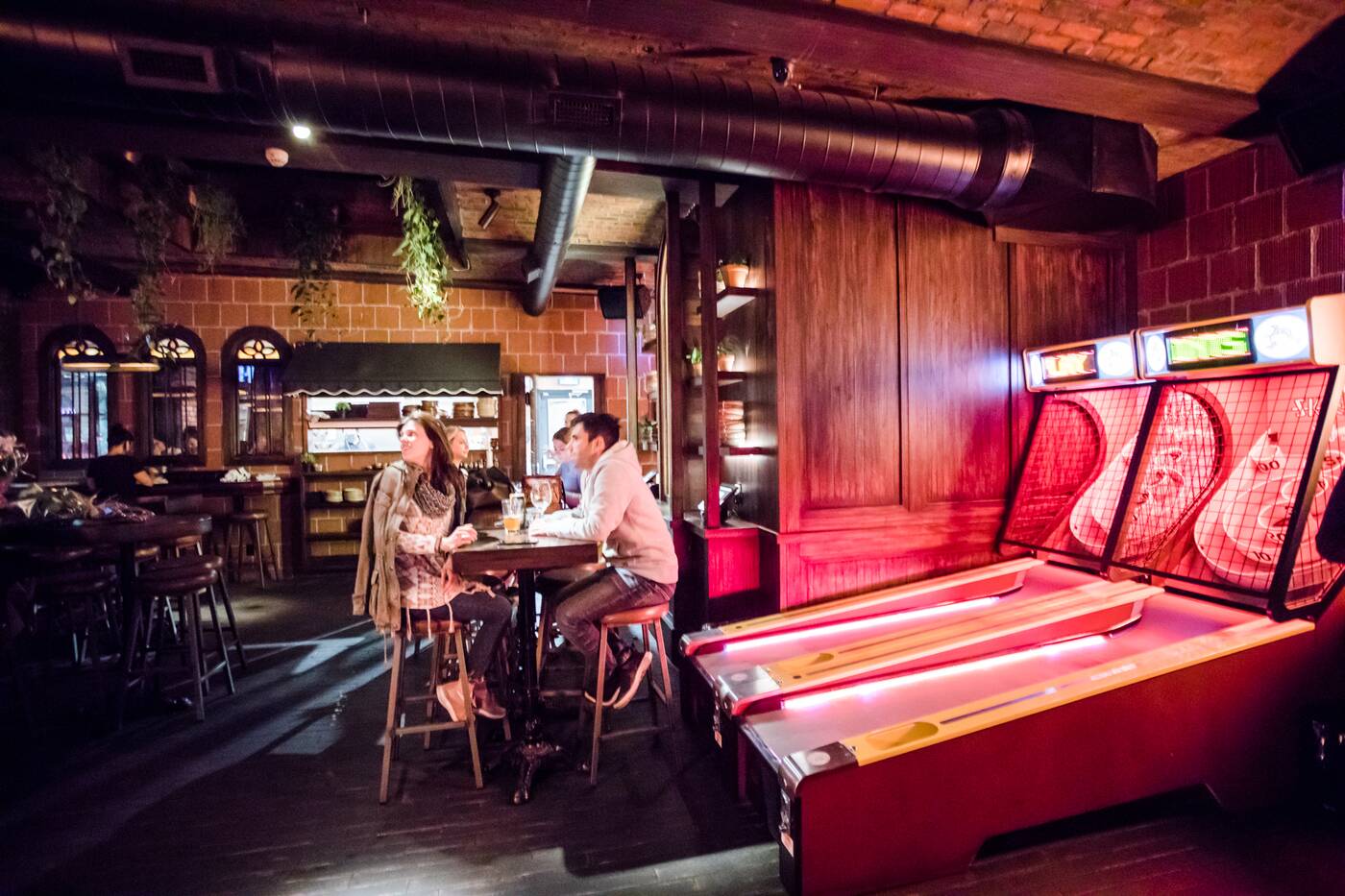 Owner Archie Alleyne (yes, related to the late and great Toronto-born jazz drummer of the same name) says that, in normal times, the restaurant will be open 365 days a year, from 7 a.m. to 2 a.m. daily. 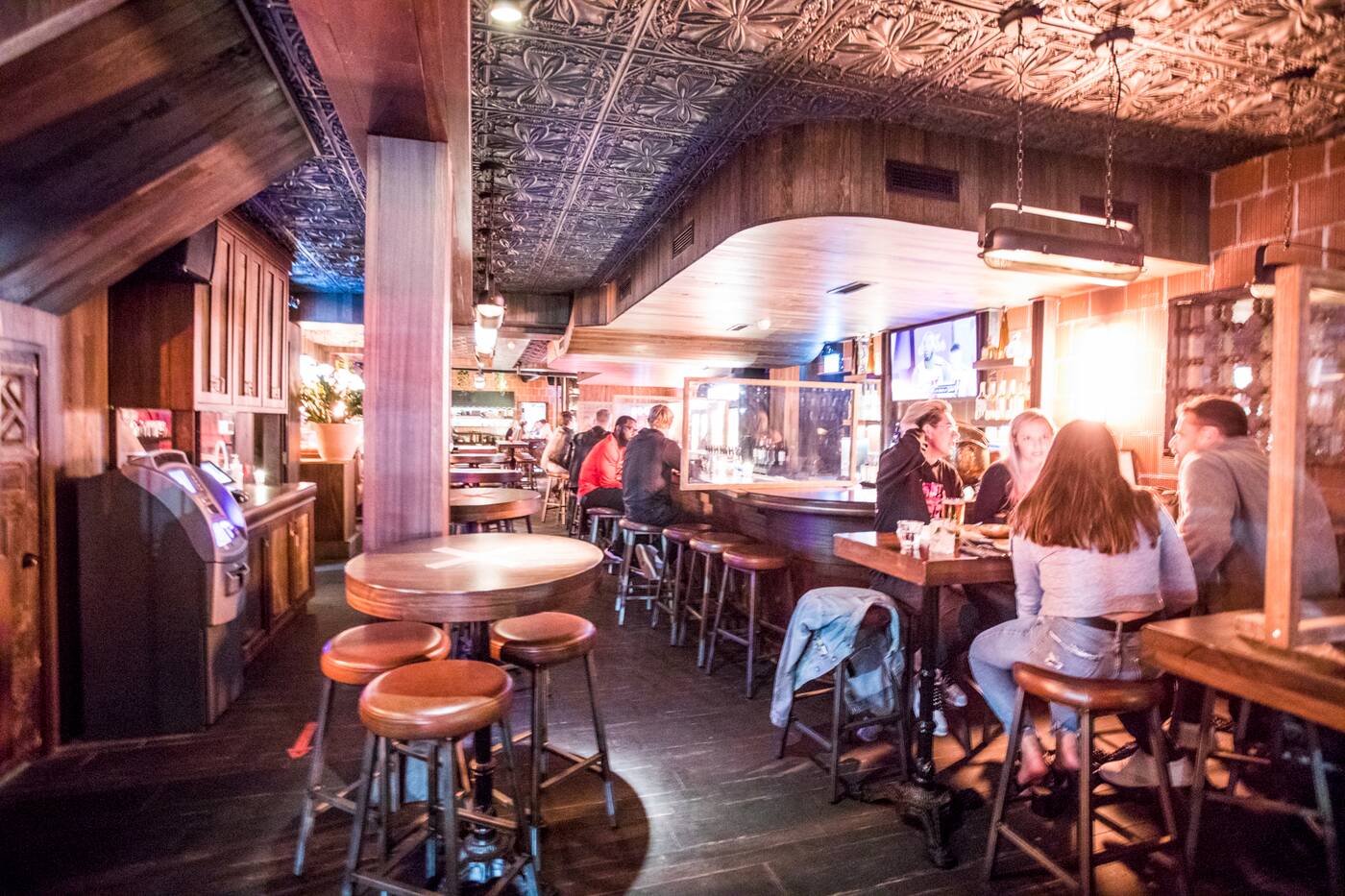 Separate menus run the gamut from breakfast to drinks, with a main menu that runs from 11 a.m. onwards created by Chef Drew Anthony, formerly of Against The Grain. 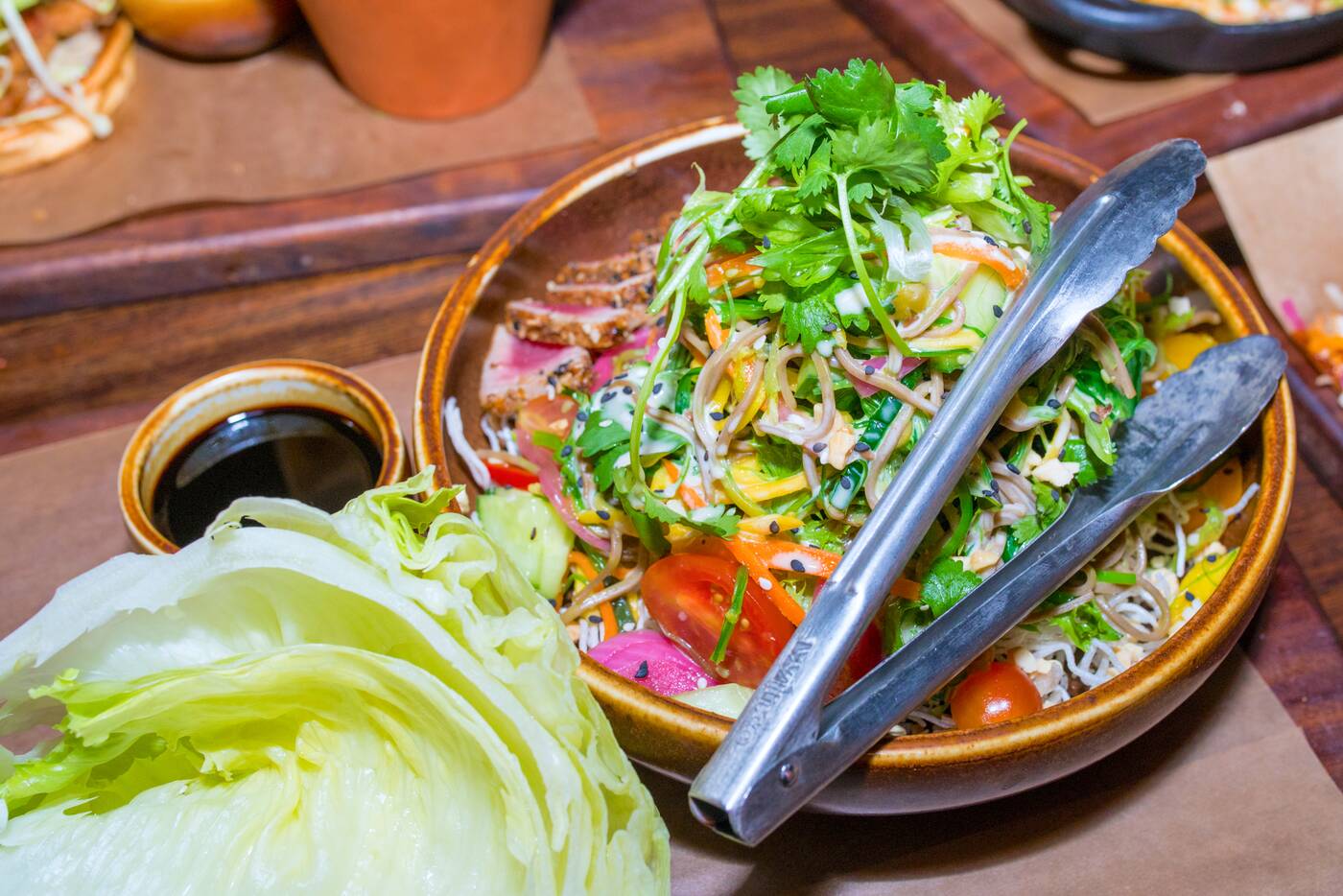 From the shareable section are several hulking plates that feel like they weigh several pounds each.

The Best Lettuce Wraps are the most recent addition ($17) and are easily my favourite dish. 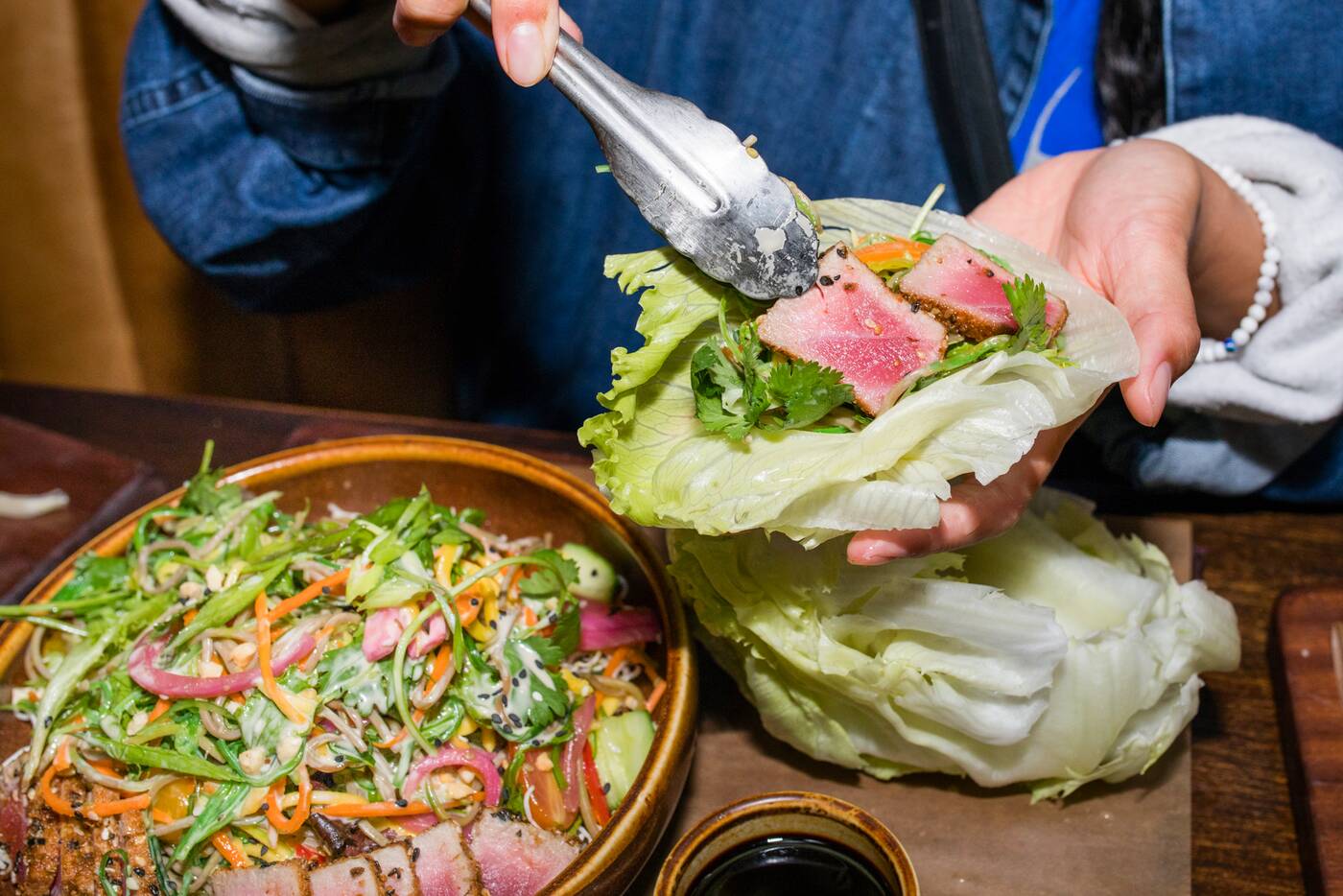 A mixed mound of soba noodles, seaweed, grape tomatoes, and crispy vermicelli noodles and served with a side of lettuce cups and some orange soy glaze. Add yellow tunafish to the refreshing veggie dish for an extra $8. 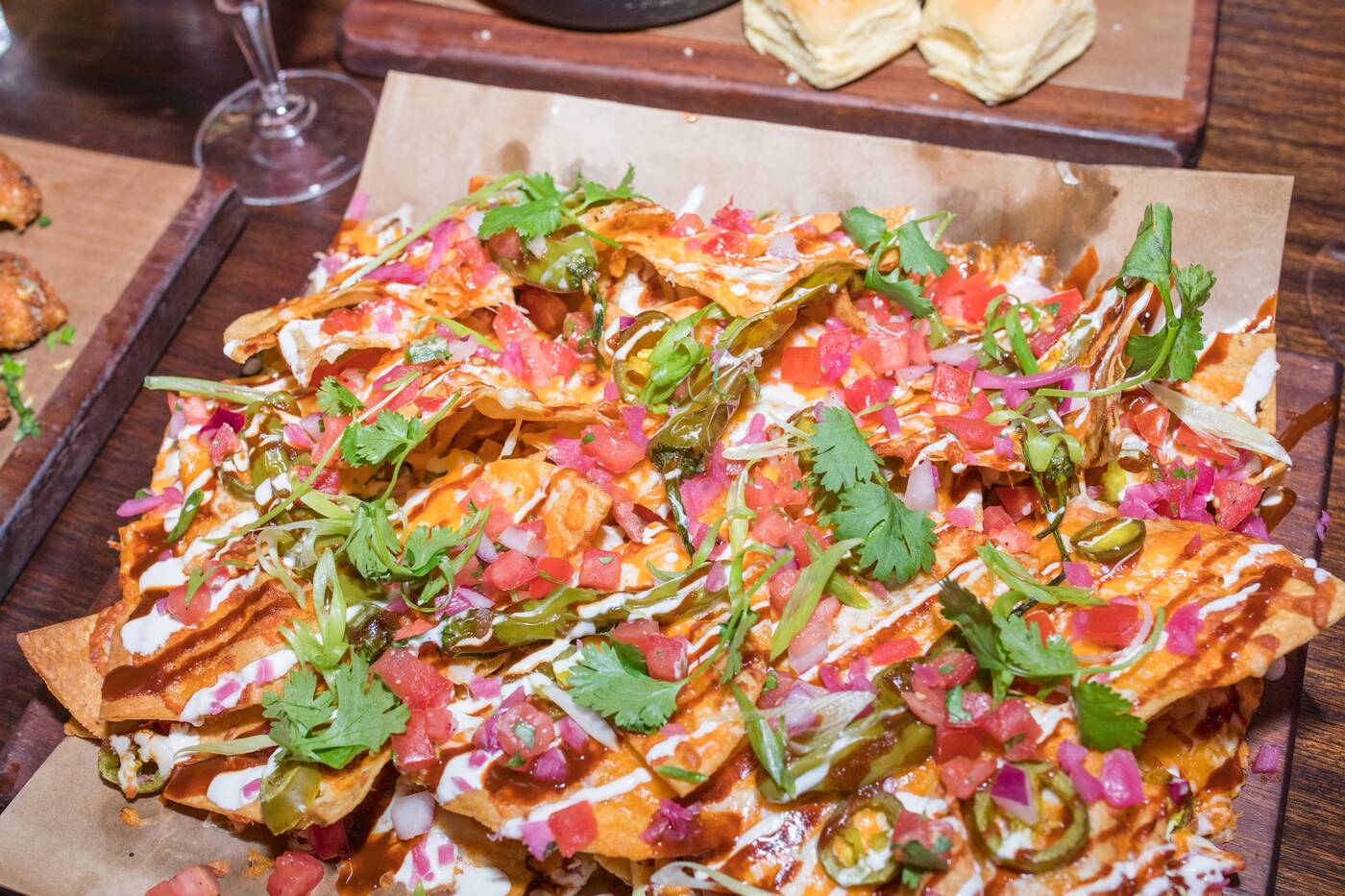 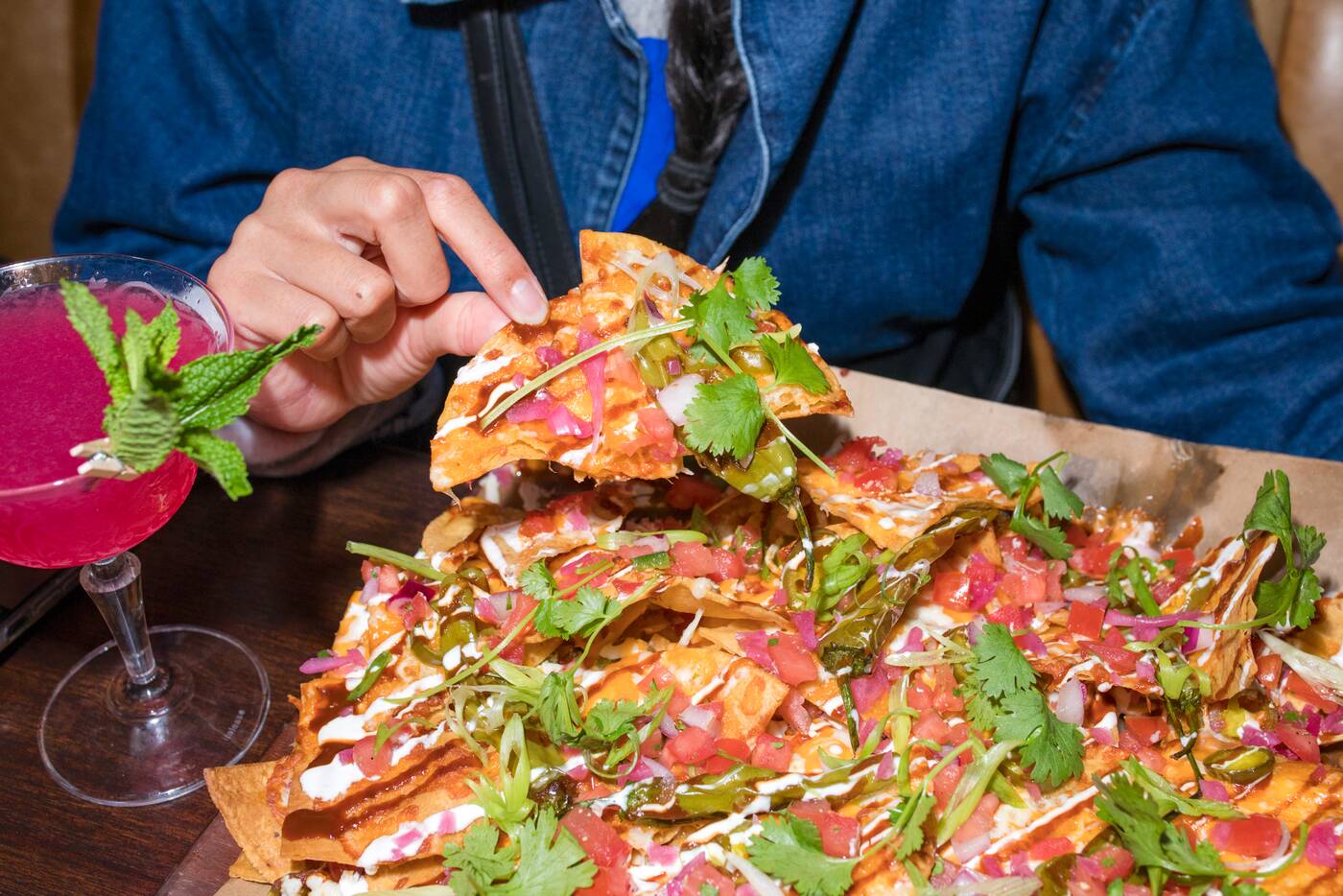 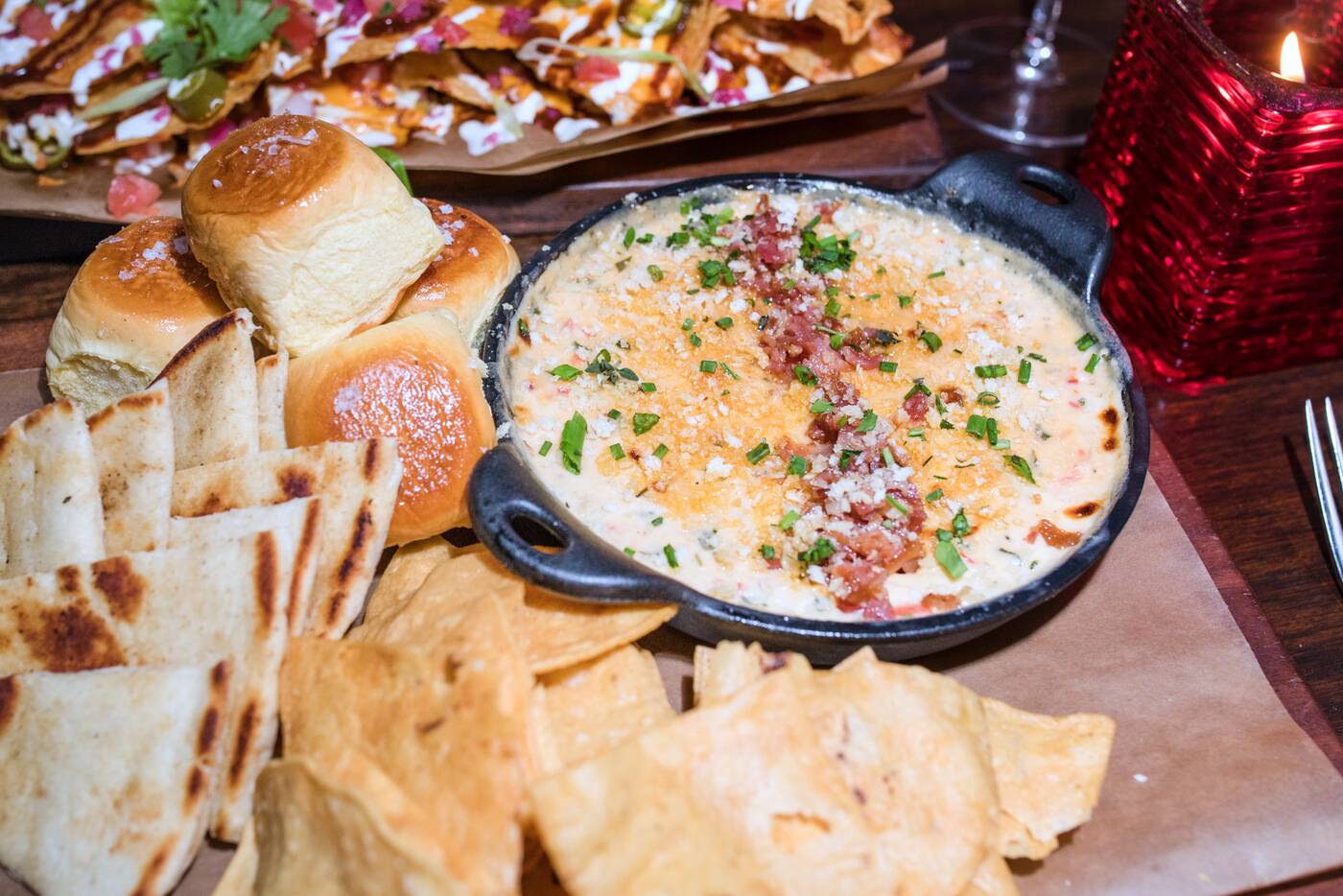 The Newport Lobster Bisque Dip ($28) is their take on a Rhode Island-style bisque with cream cheese, swiss cheese, bacon pits and parm. It’s served with an assortment of carbs for dipping, including mini brioche buns, garlic naan and tortilla chips. 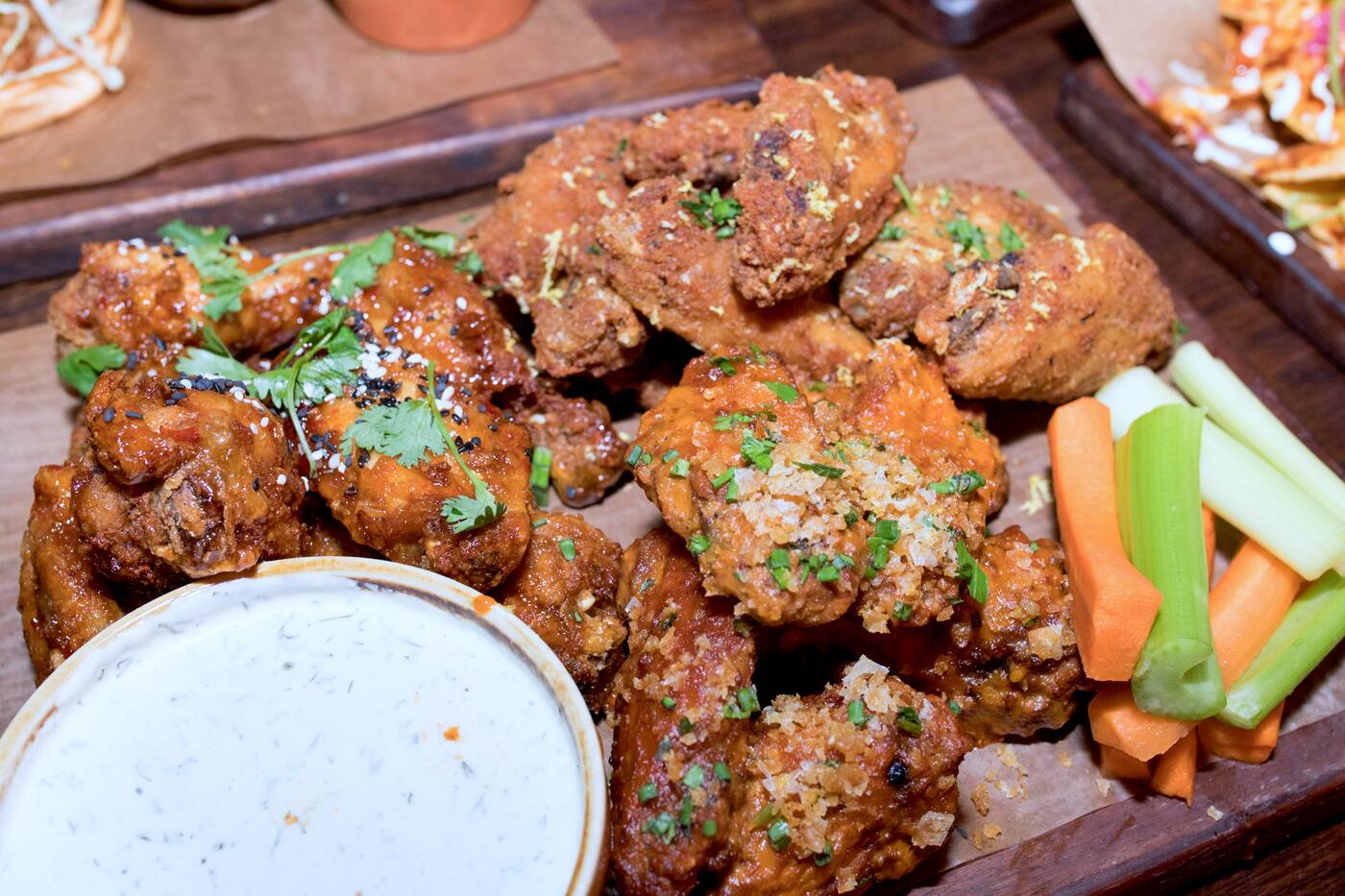 There are four types of wings for $15 a pound, but a “flight” of wings ($42) lets you try three different flavours of your choosing at a time. 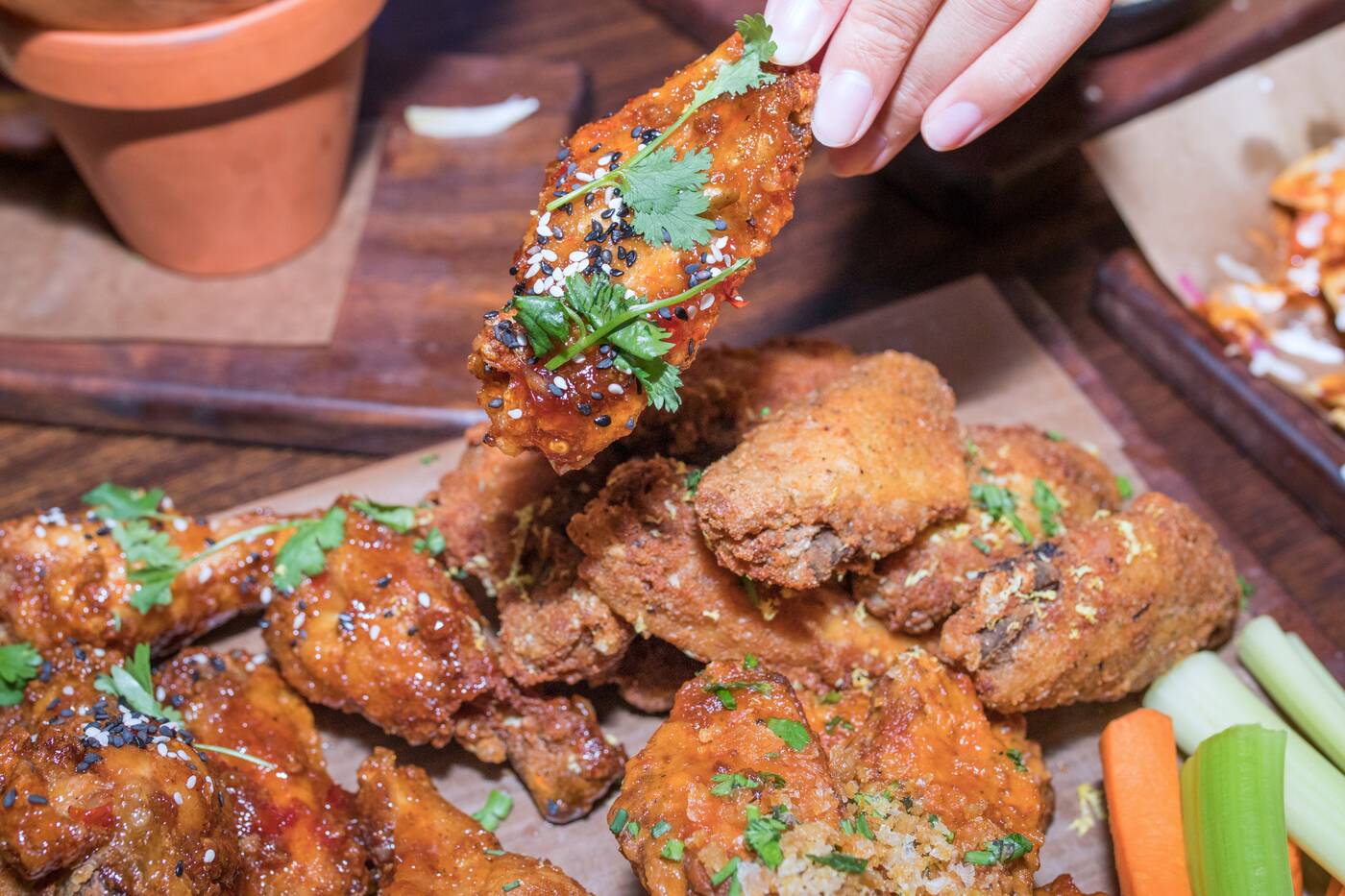 The buffalo dressing comes with chicken chicharron salt, crudite and dill pickle ranch. Kentucky Dry is a mixture of 11 herbs and spices, and the General Soho has sesame seeds and fresh cilantro. 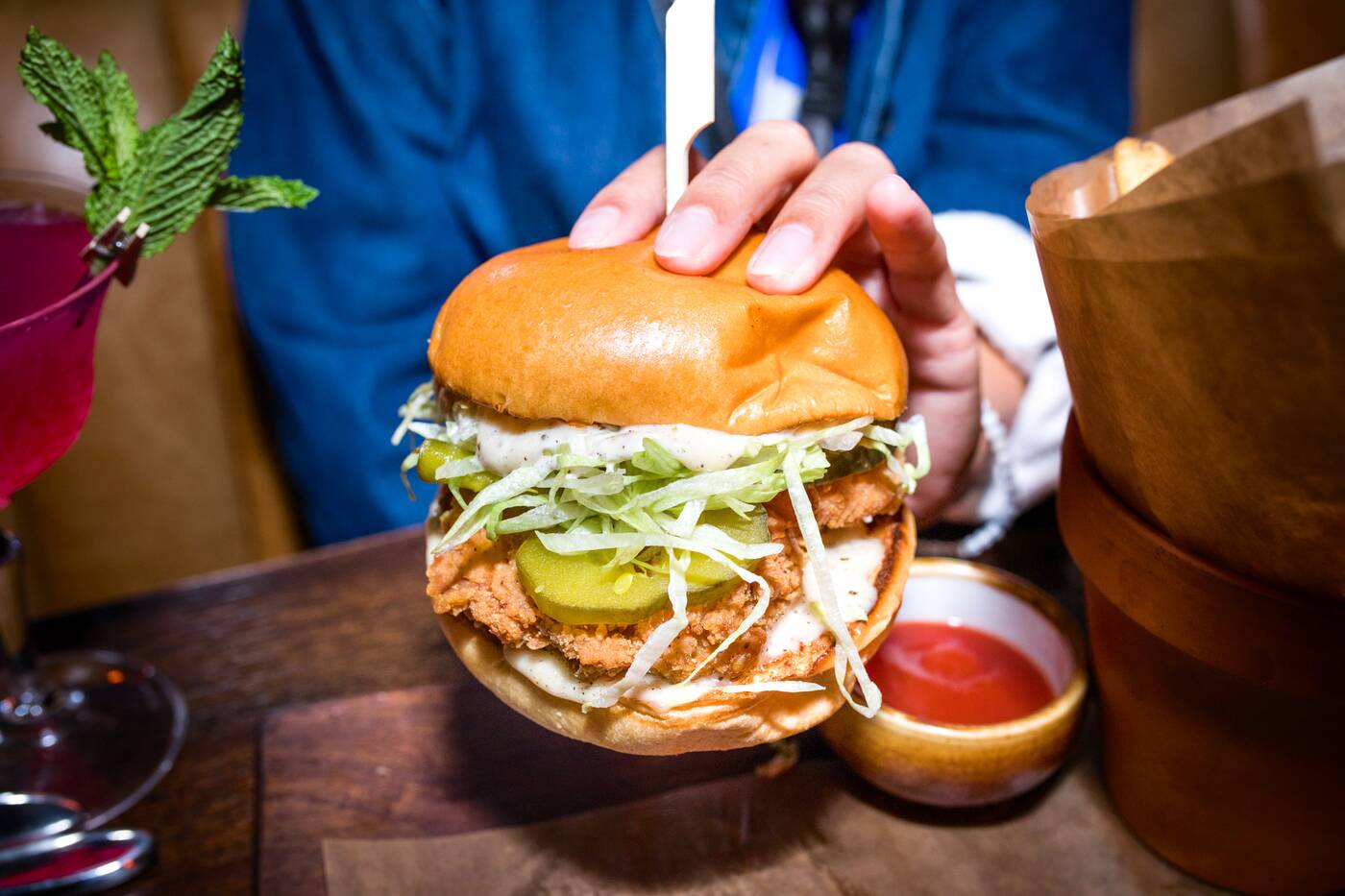 There are a handful of burgers on the menu, including the crispy chicken ($17), which combines a crispy breast with a healthy amount of  lemon honey truffle mayo, pickles and lettuce. 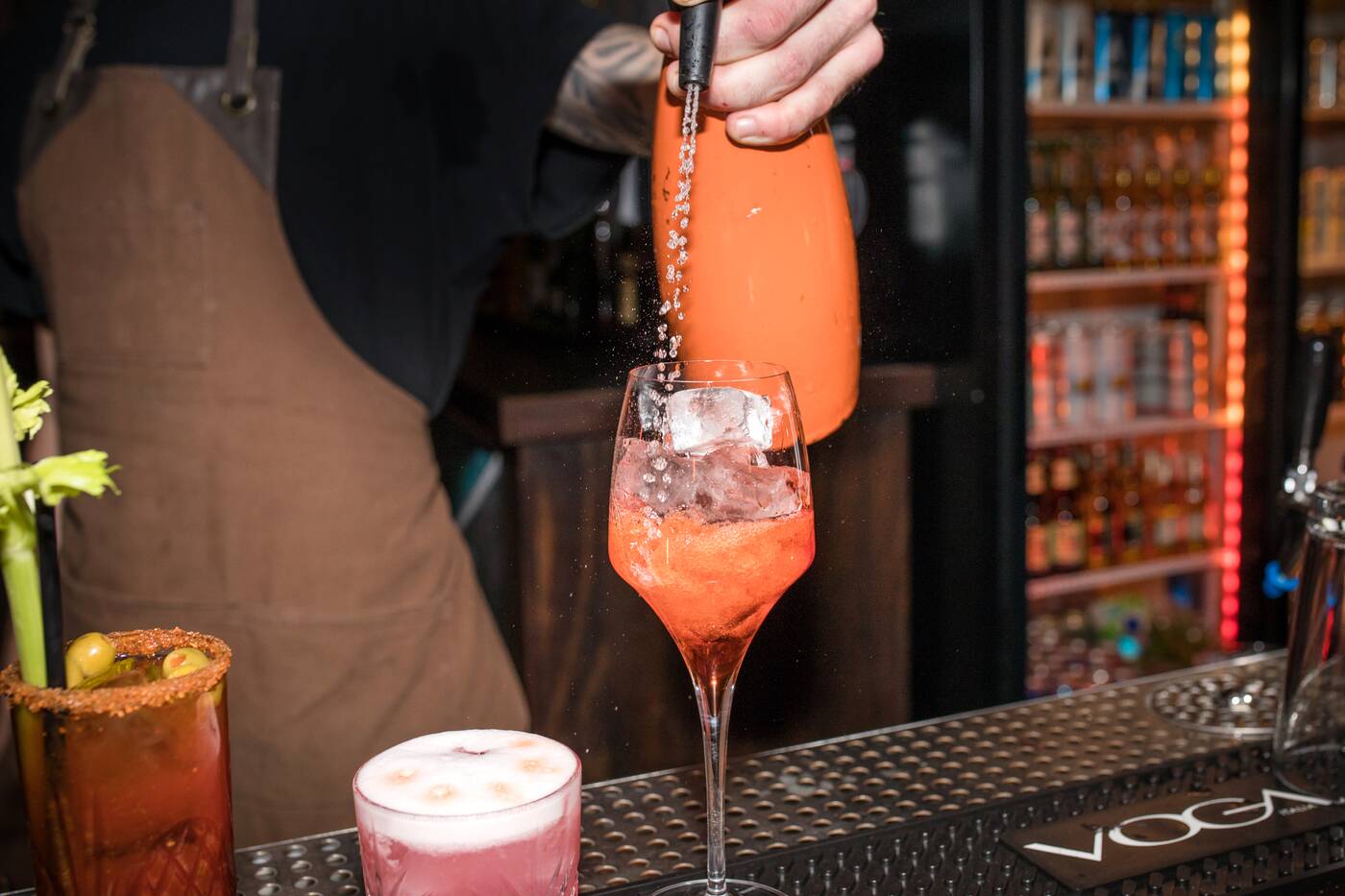 The drink menu includes an extensive list of cocktails, including from their “frozen” section, which come in giant chalices. 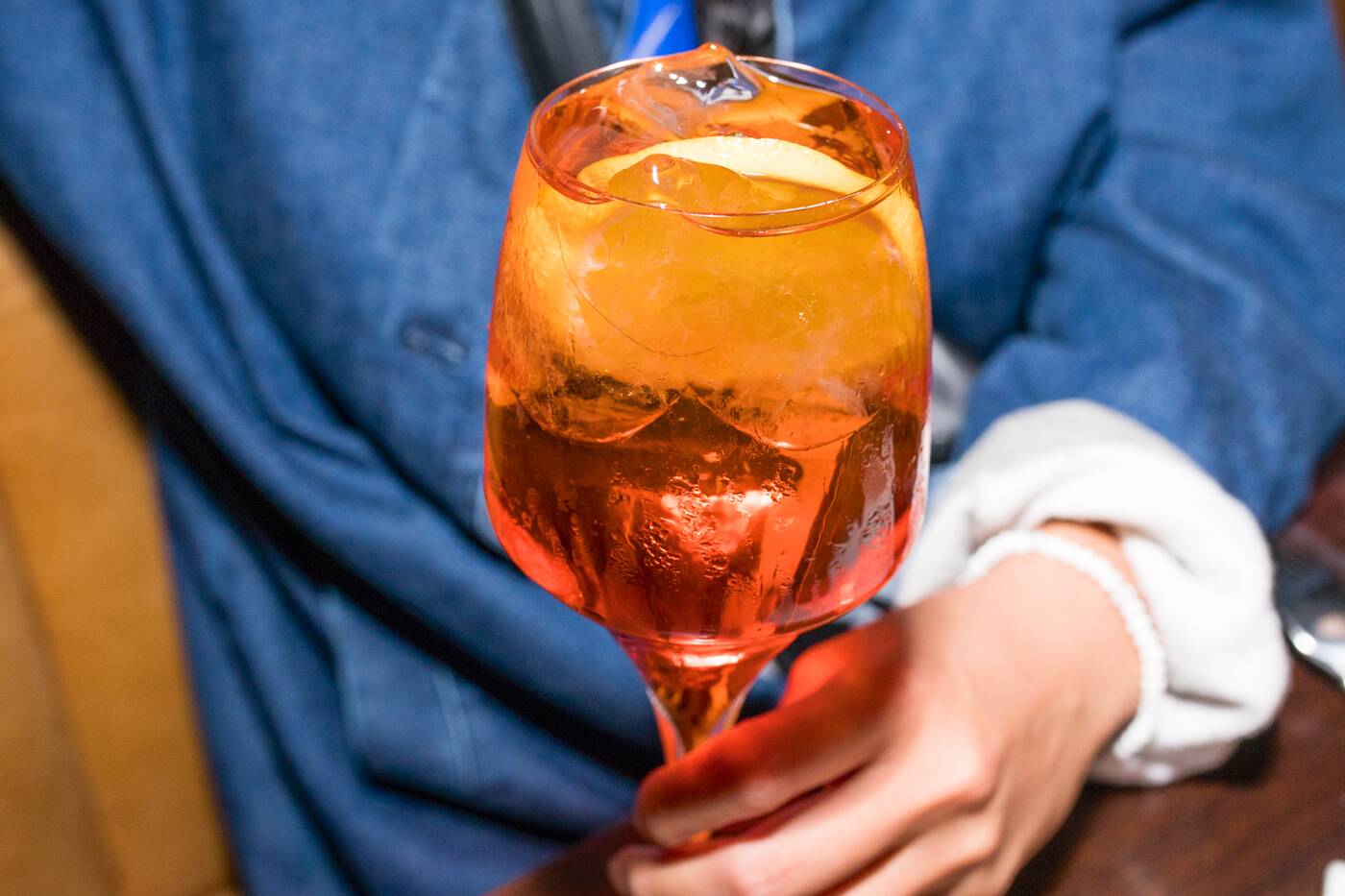 Spritzes are a focus here so an aperol take ($14.75) with prosecco, soda and orange is a safe bet. 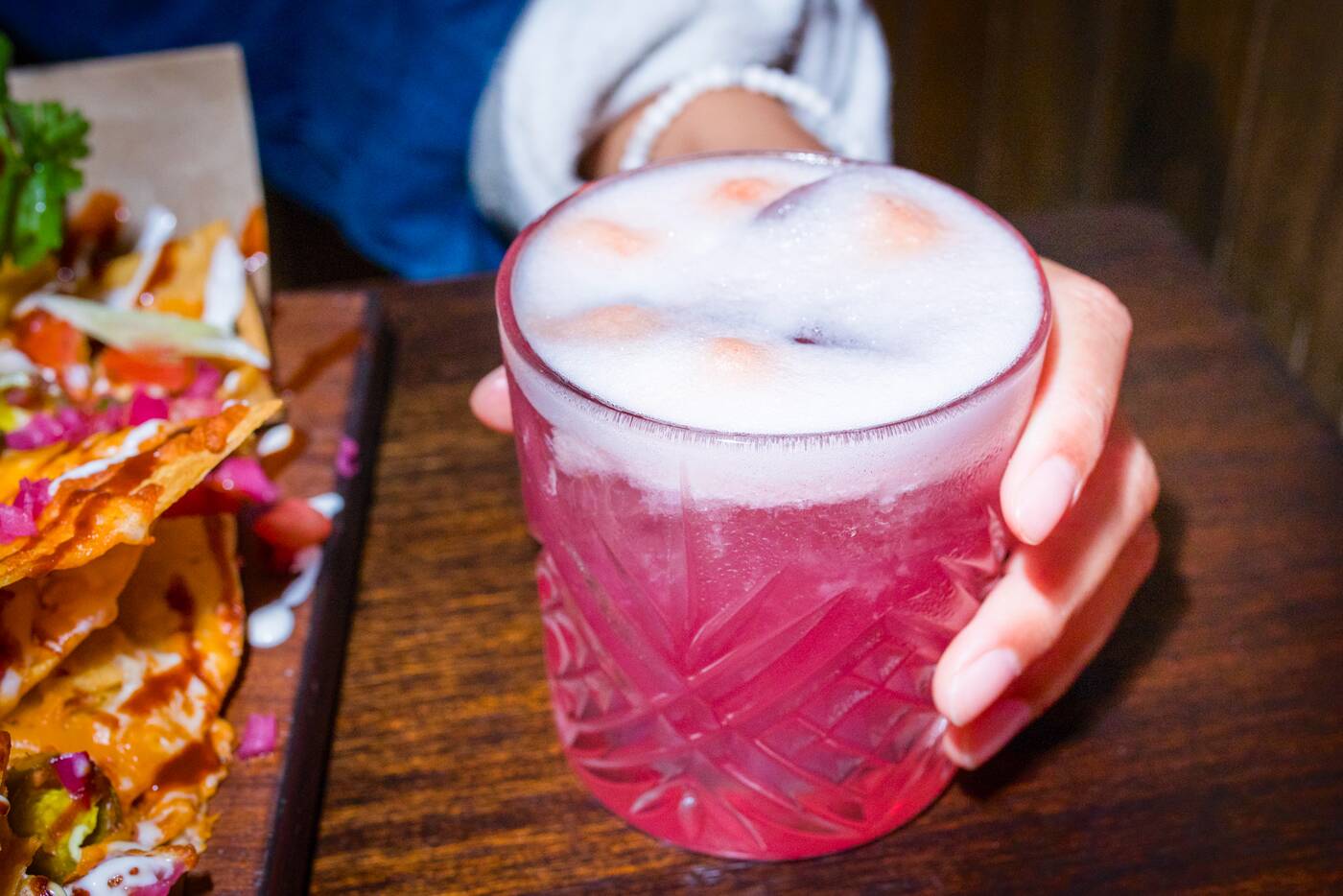 The blueberry gin sour ($11.75) is a craft mix of Spring Mill gin, lemon, blueberry and aquafava. 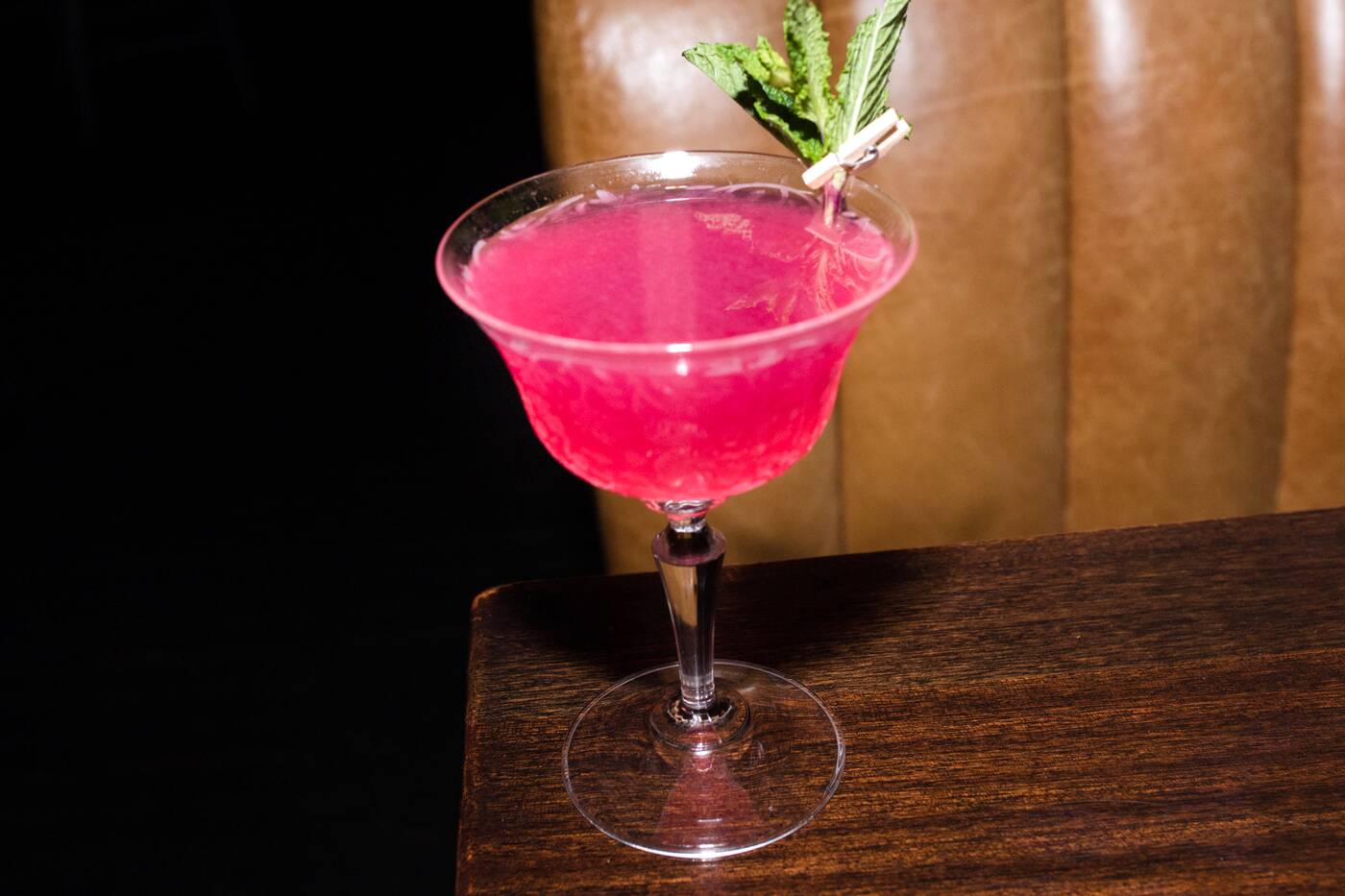 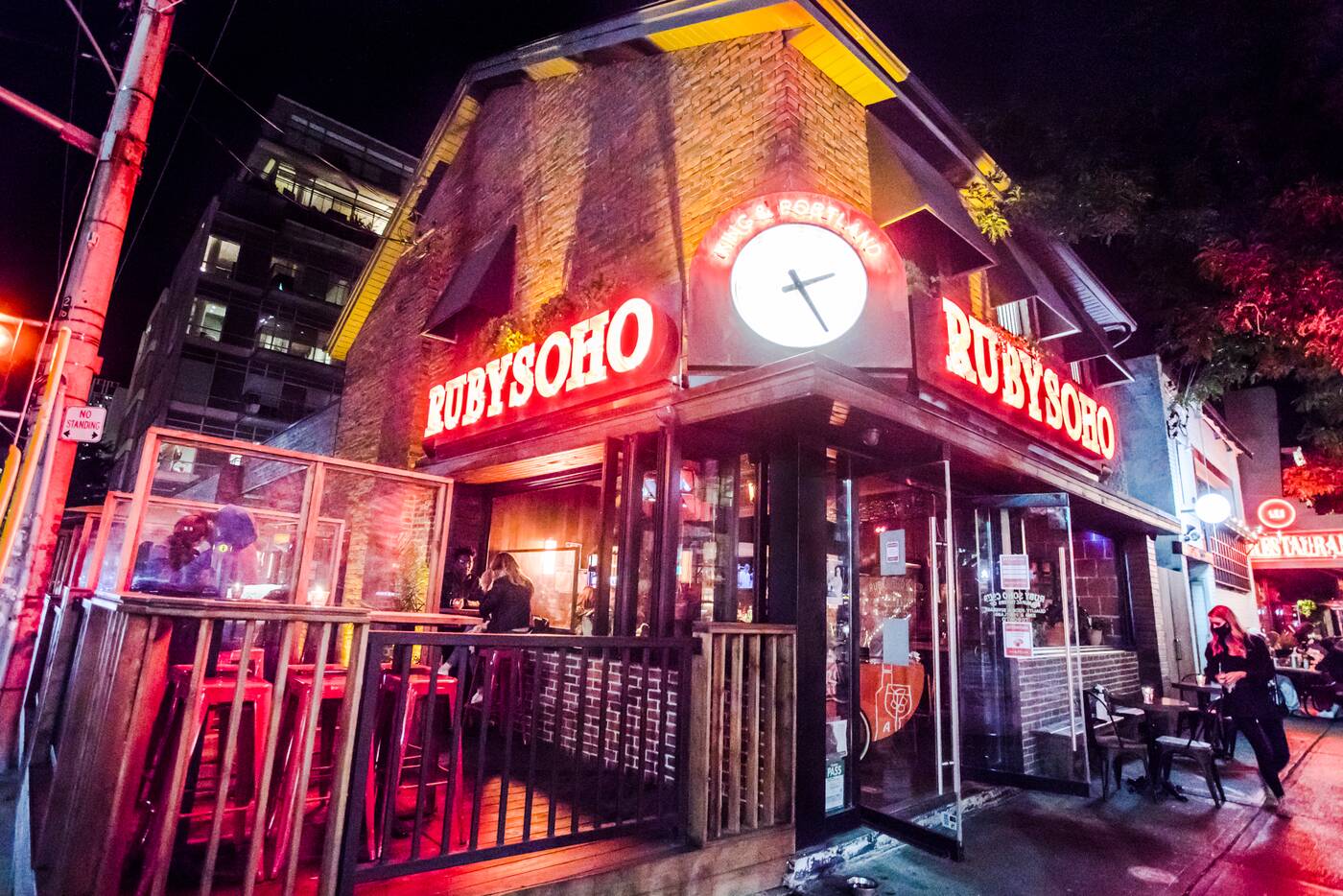