Mrs. Robinson isn’t named for a Simon and Garfunkel song, but rather for Sylvia Robinson. She was CEO and co-founder of Sugar Hill Records as well as a badass performer in her own right.

By the same folks behind The Good Son, Oleg Dreitser takes the lead on this project. Where Good Son is more of a restaurant with cocktails to complement it, Mrs. Robinson is more of a bar with food meant to tastefully underscore the drinks. 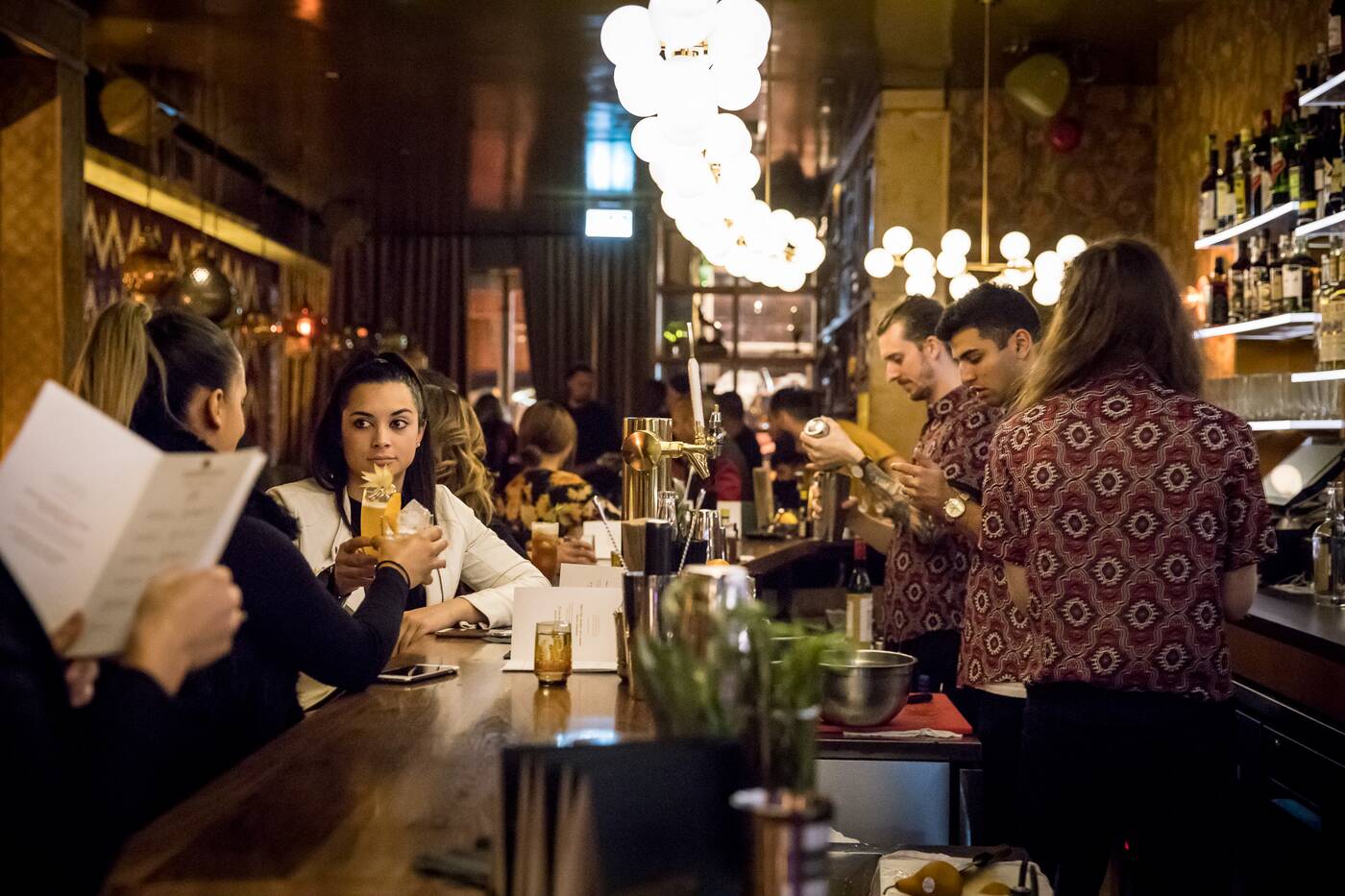 The space designed by Murray Duncan (also behind Good Son) is a throwback of sorts too. 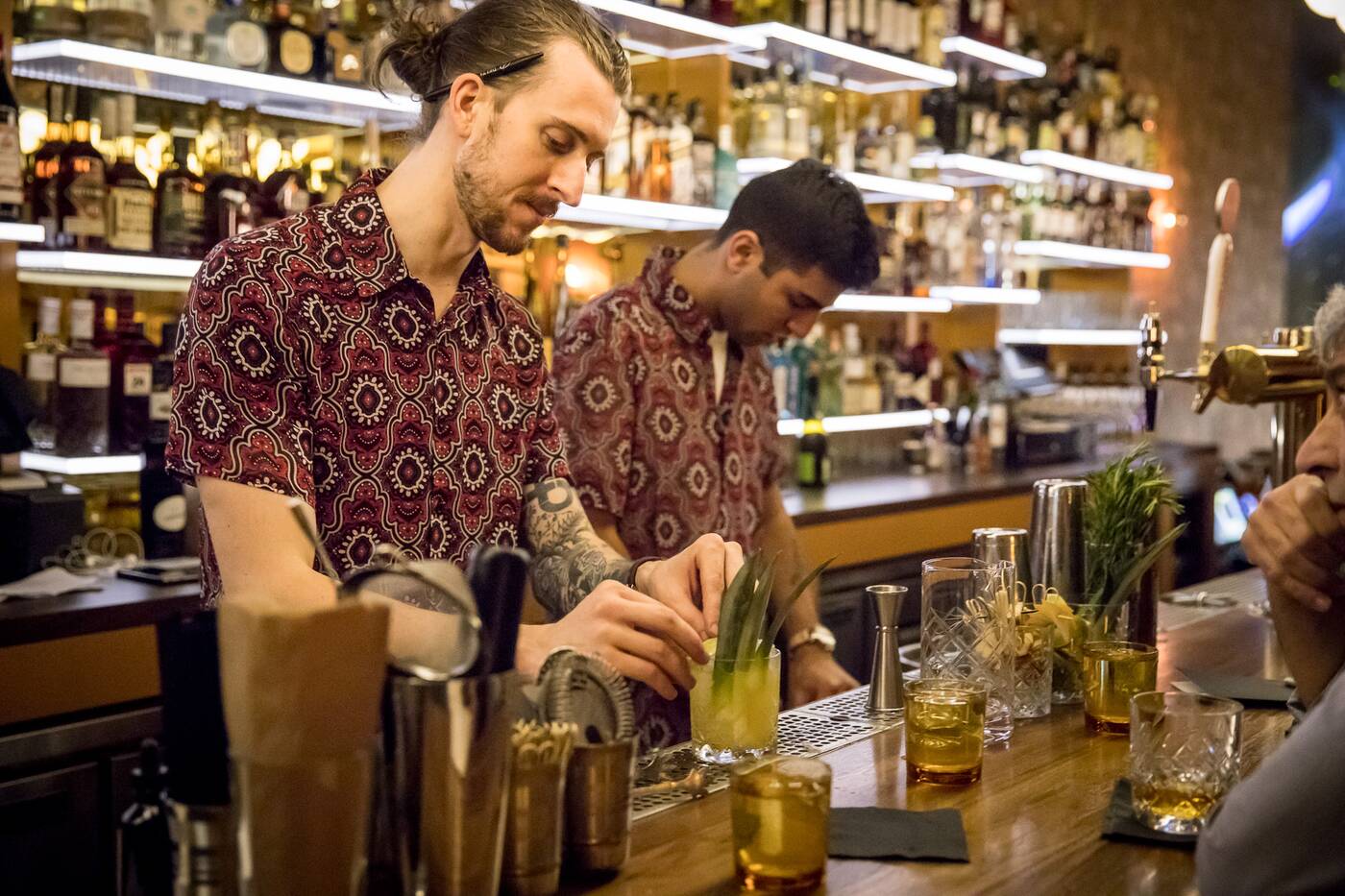 It’s a vision of what Sylvia Robinson’s own bar would be like, mixing textures and patterns like macrame, wood and funky hanging glass light fixtures. 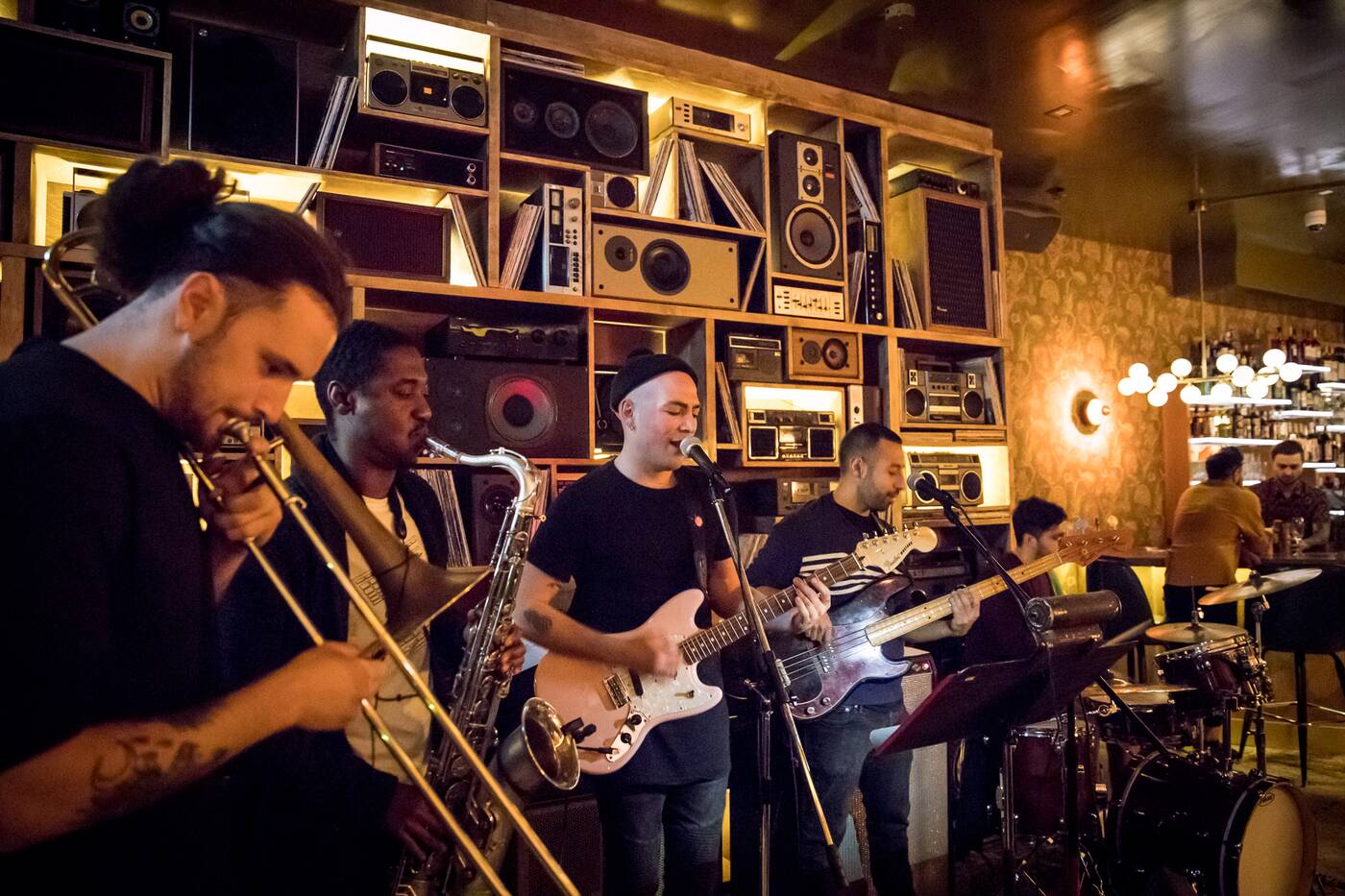 Music is performed live on the floor by full bands with certain nights devoted to instrumental hip hop covers. This doesn’t mean Drake and Migos though: whether performed live or spun by a DJ on weekends you should never hear anything recorded past the year 2000. 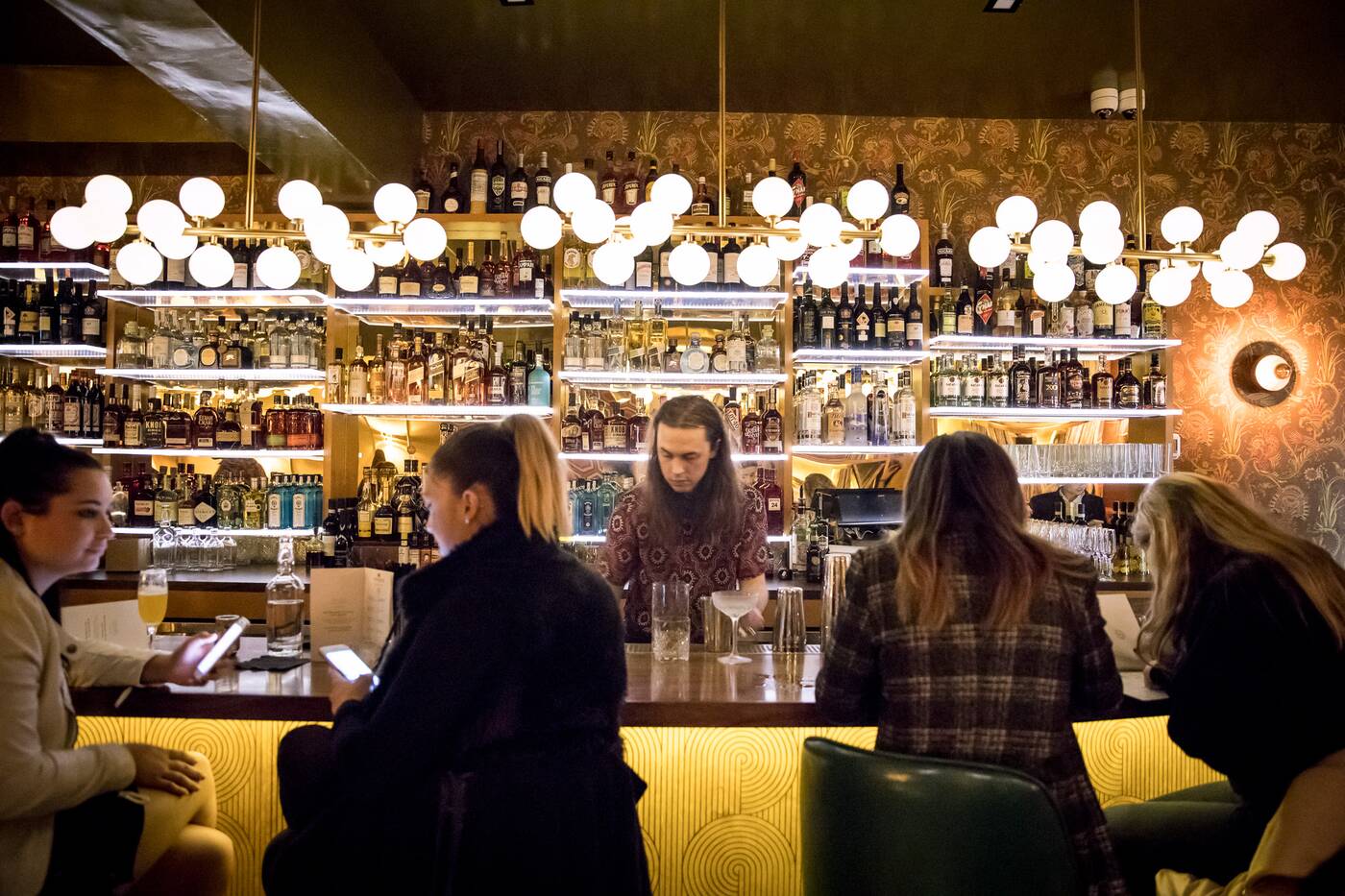 The bar holds 66 in total, an 18-seat bar located near the back. 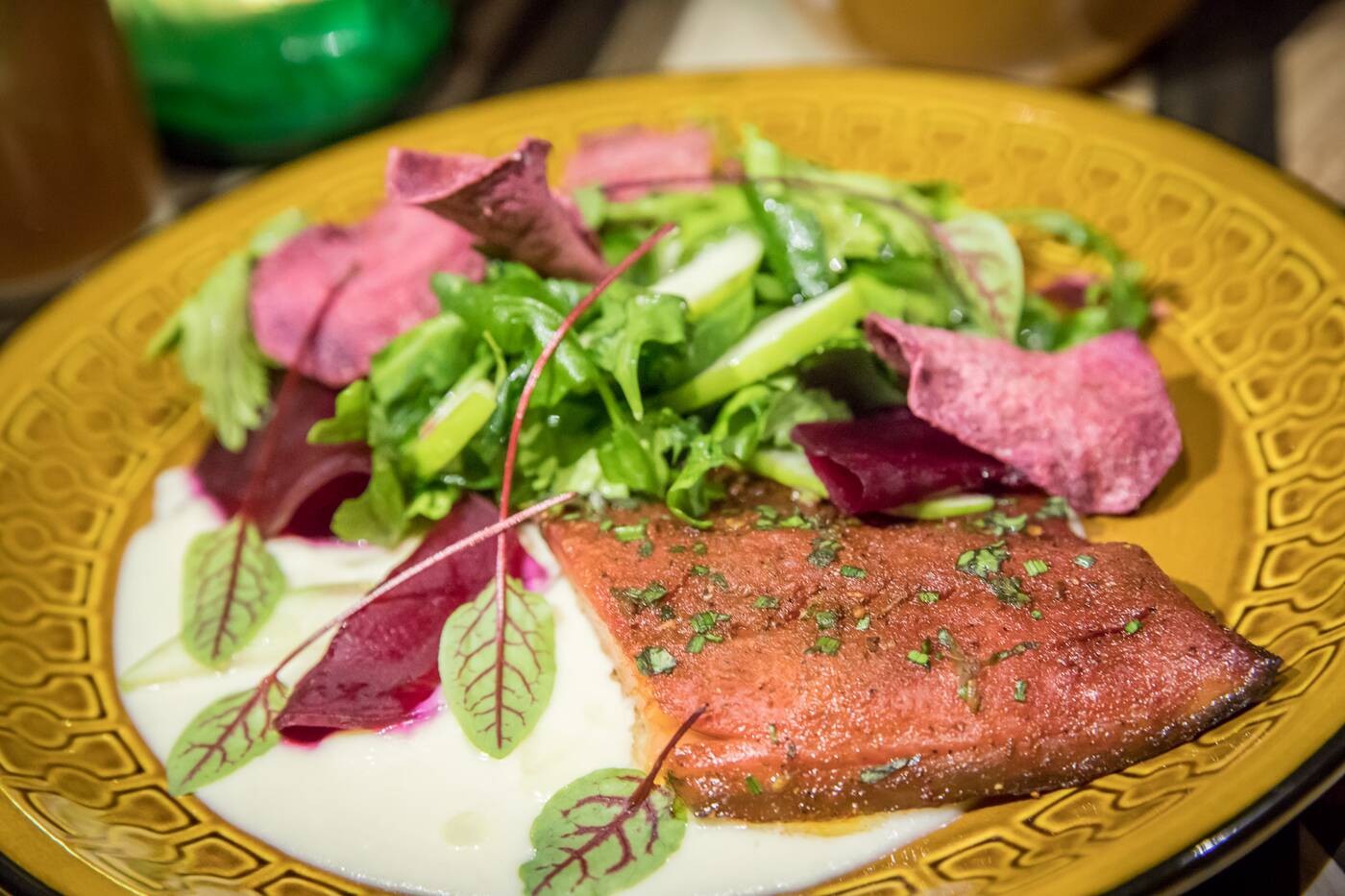 Lavender blackened smoked trout ($23) appears on a menu of takes on modernized soul food, served with a vidallia creme fraiche “spread” (more like a sauce almost), and a pretty salad with beets, green apple and crunchy beet chips. 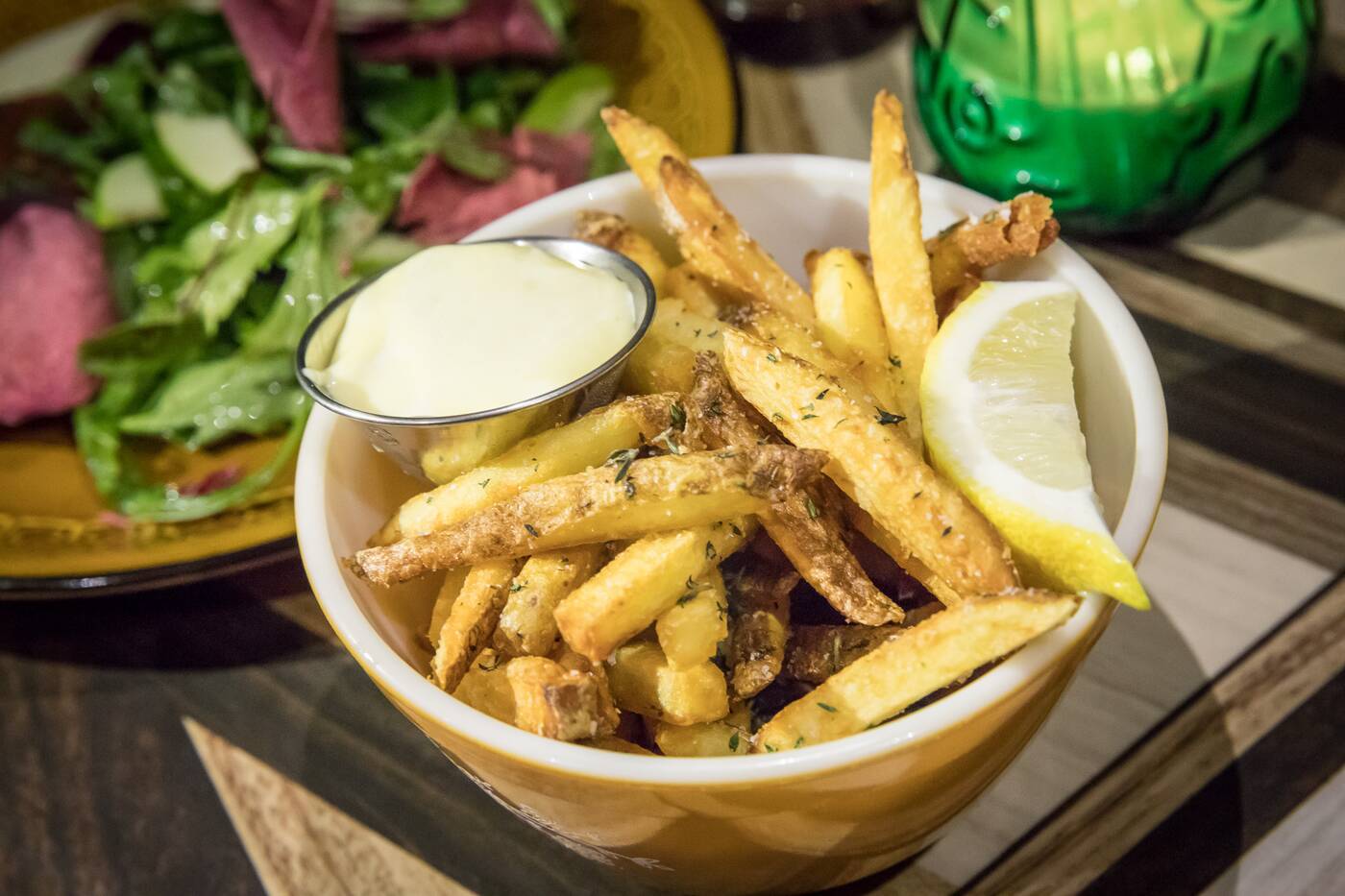 Yukon Gold fries come in at a whopping $7 for a li’l bowl, but I will say they are nicely seasoned with herbs and the smoky molasses mayo is pretty addictive. A lemon wedge is a nice touch too. 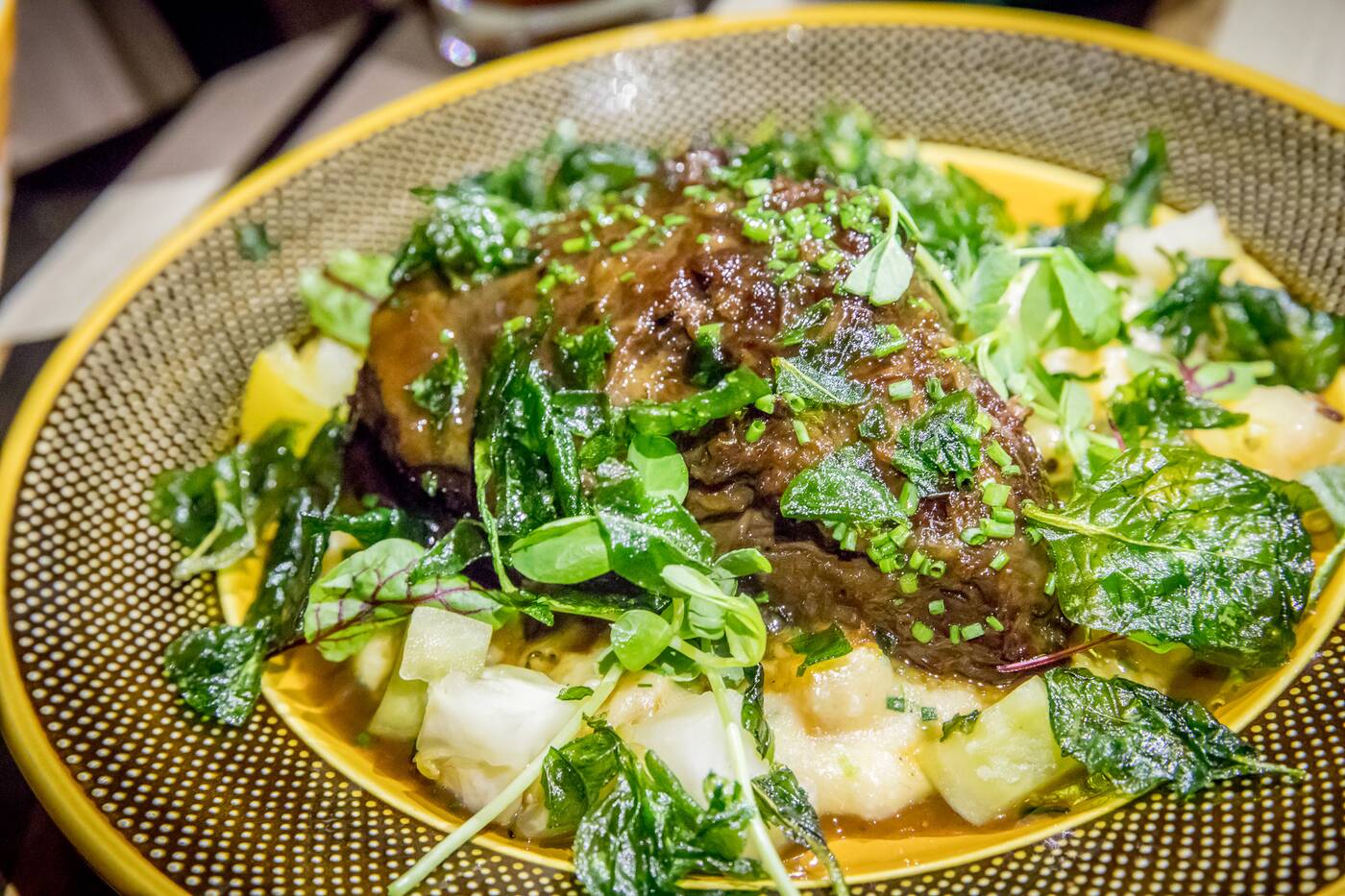 Braised beef cheek is served on a bed of pumpkin grits surrounded by chunks of pickled green tomato, scattered with greens. The meat is fall-apart tender and the grits provide a nice soft accompaniment. 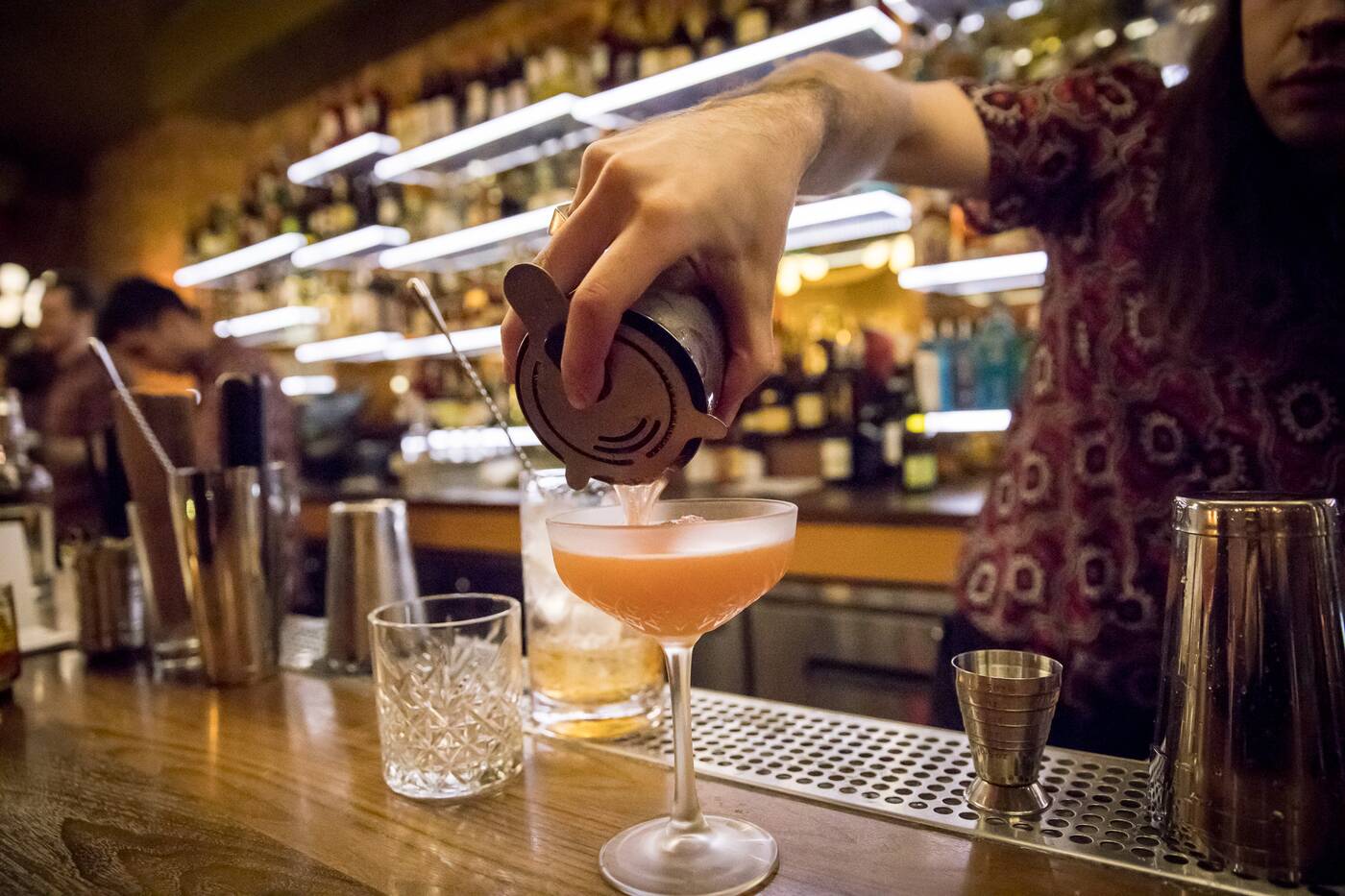 Bar manager Connor Scott is a transplant from Good Son, his vision for the cocktail menu intended to highlight the spirits, nothing too muddy. 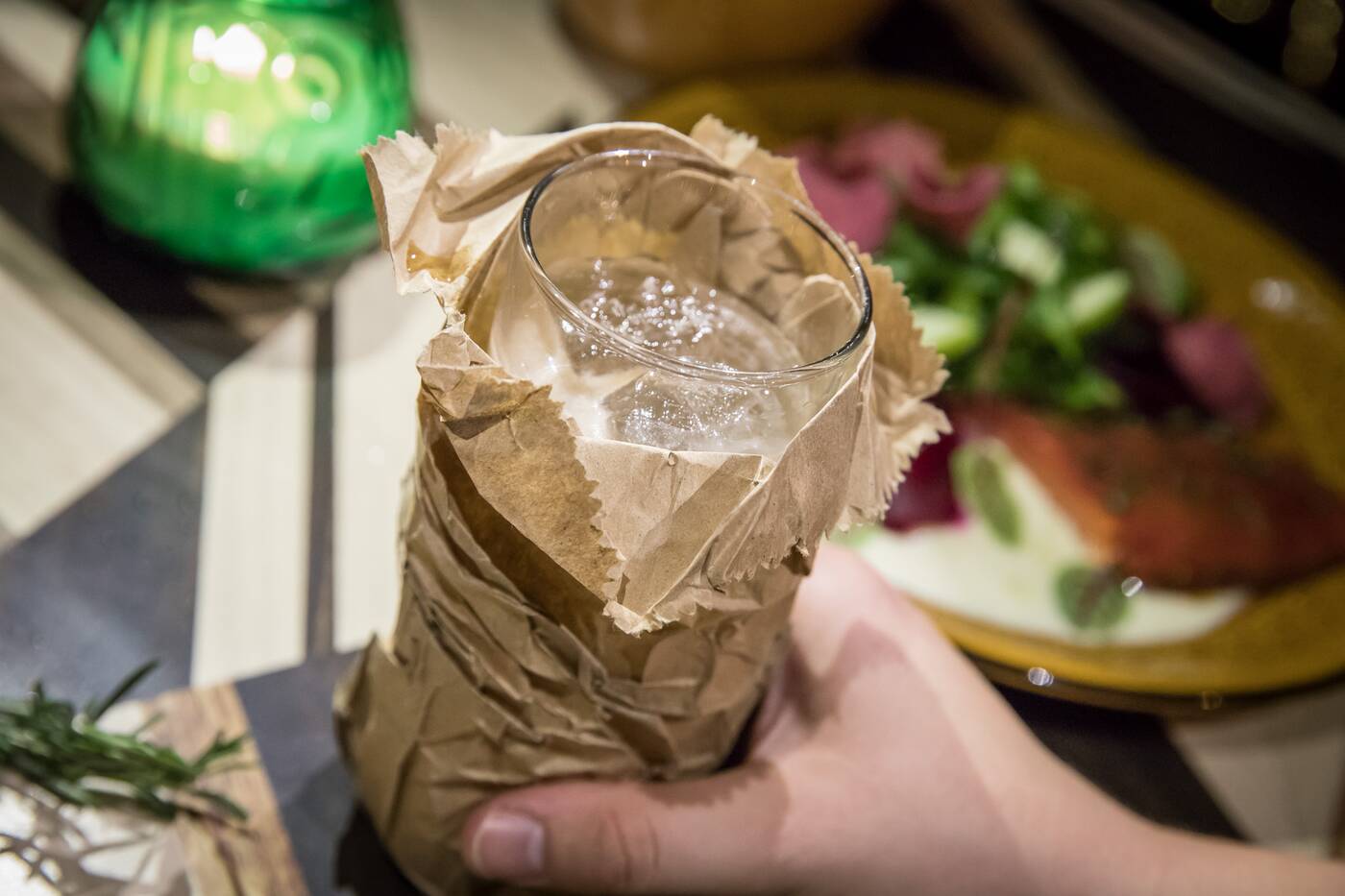 The Second Chance Machine is a play on a beer in a paper bag on the list of $12 cocktails. There’s hopped vodka, something called an IPA grapefruit cordial, lemon, China-China liqueur, and an overpowering hit of smoke and ash. 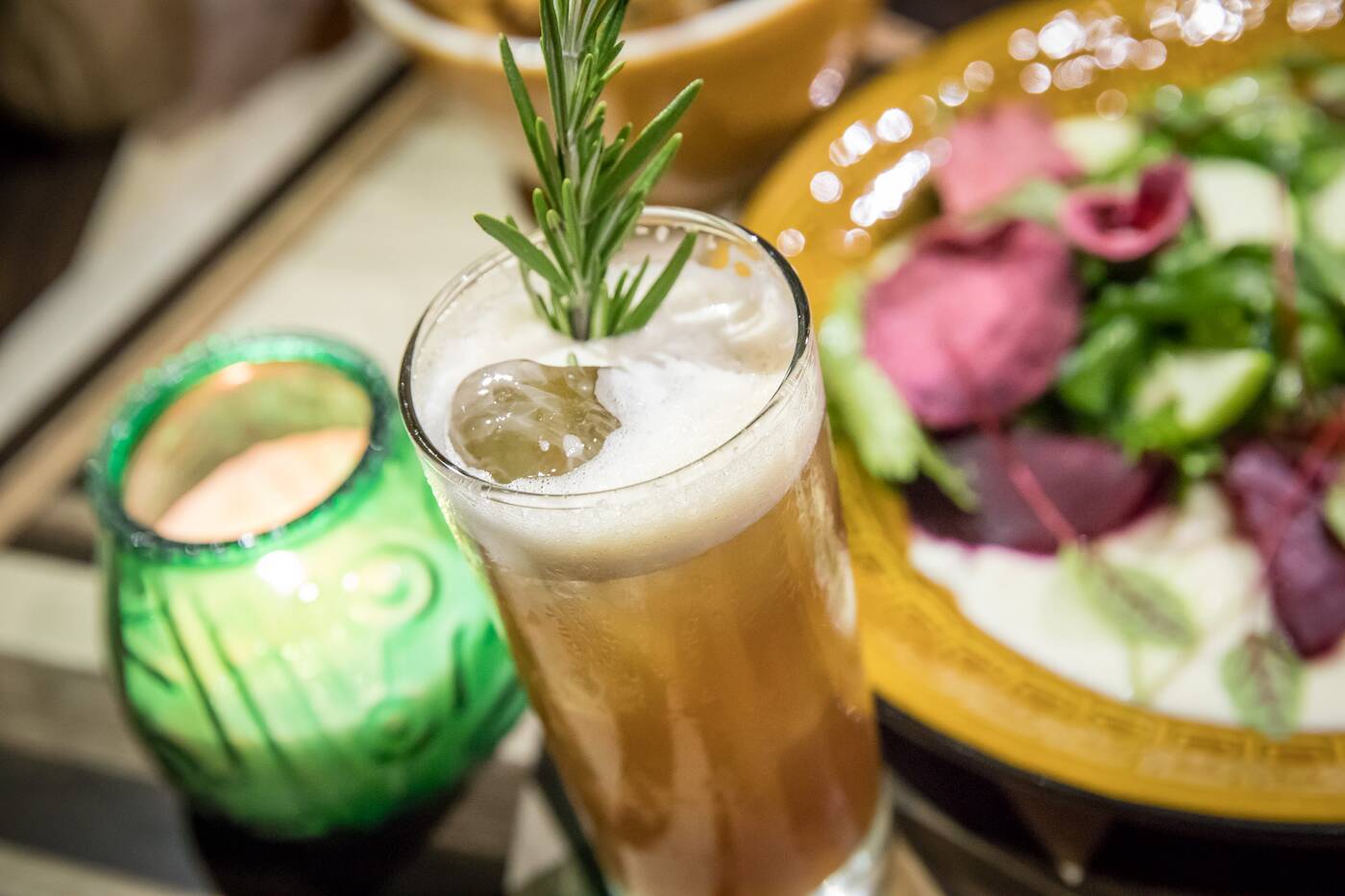 I prefer the Little Priest, a fragrant cocktail with a big old rosemary stem sticking out of it, a frothy combination of beloved bittersweet Cocchi Vermouth Amaro and girly touches of earl grey, lemon, and peach liqueur. 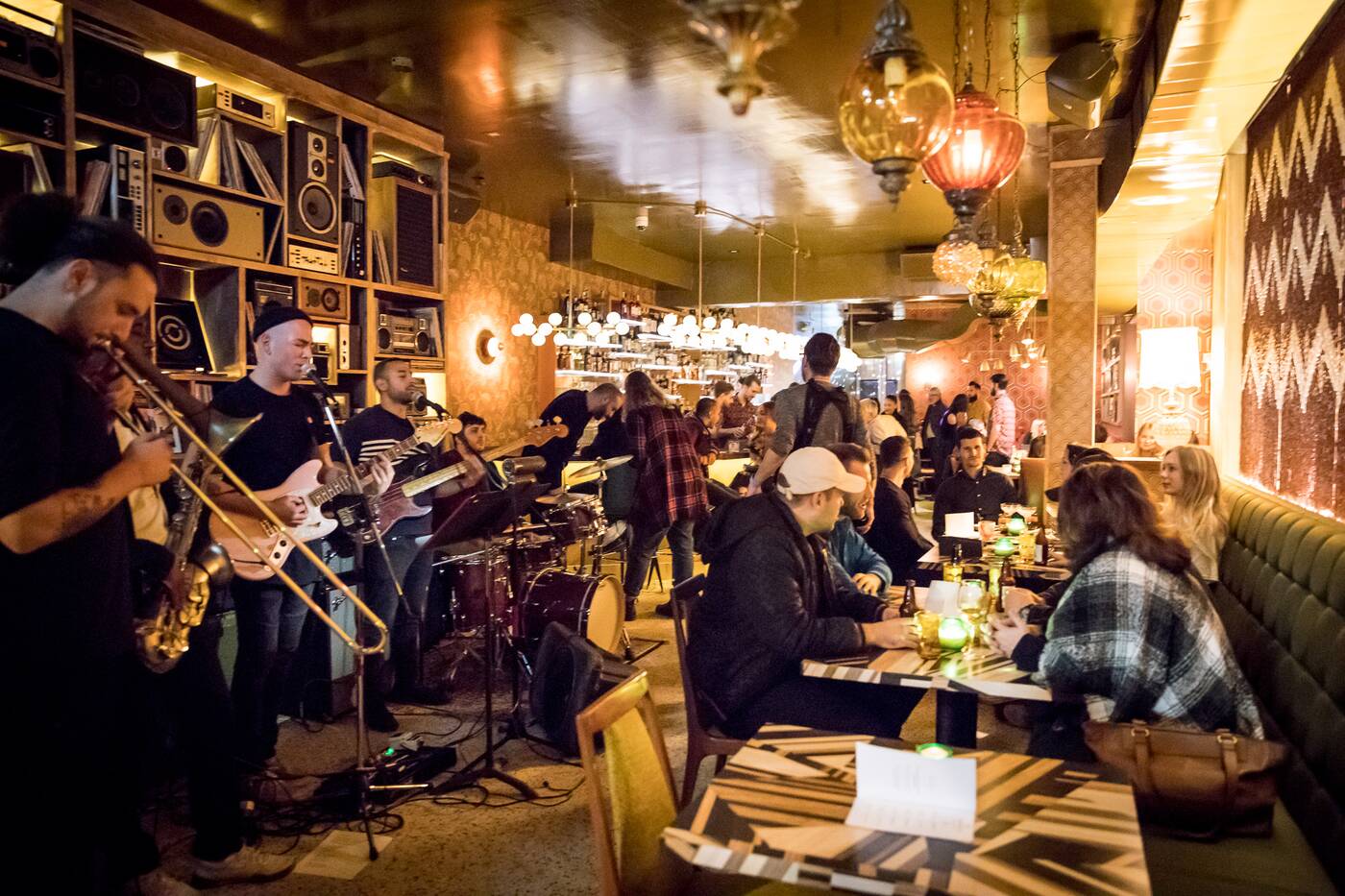 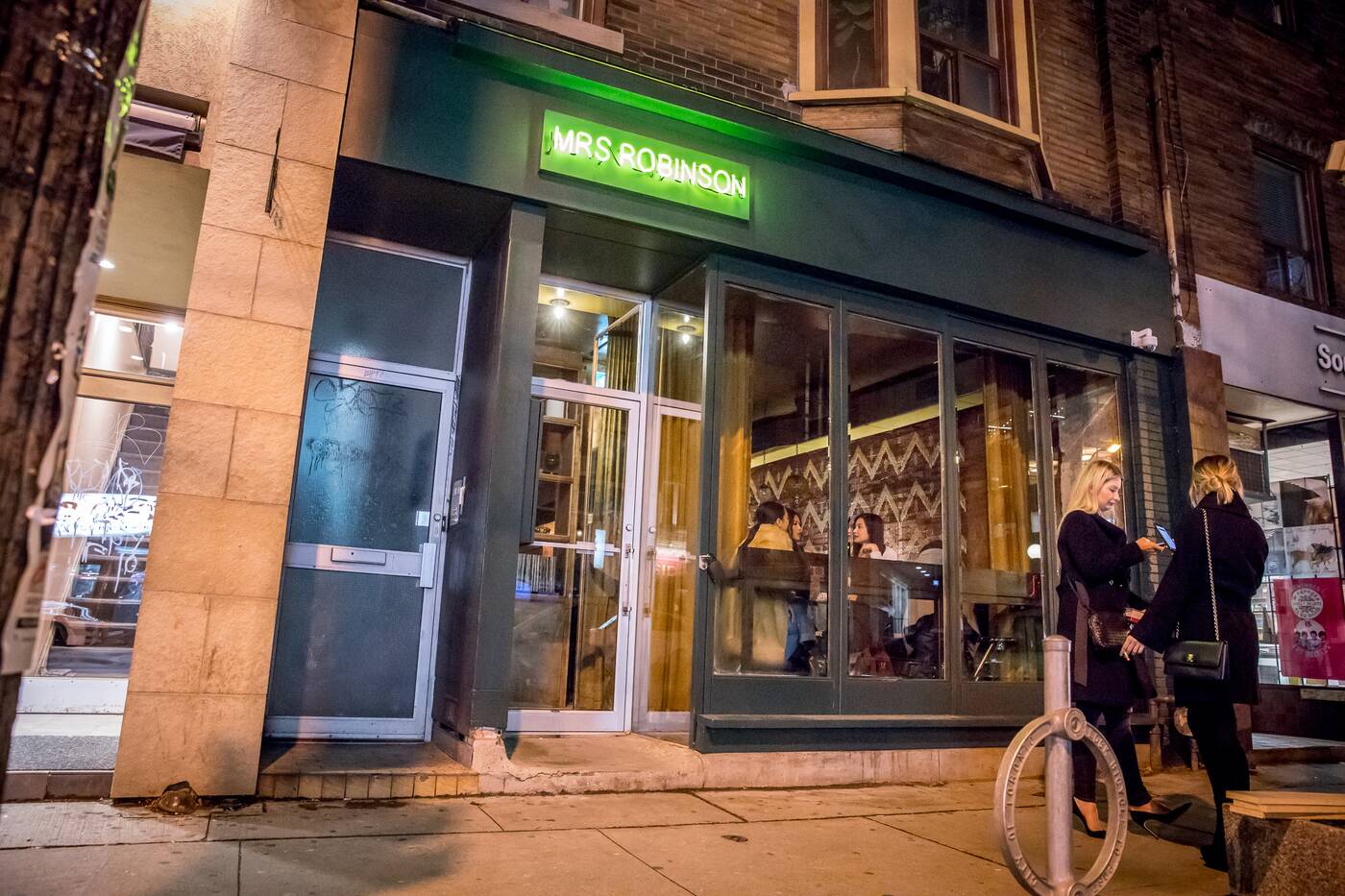