Khao San Road’s home on Charlotte Street is a little bit of a departure from its first subterranean location on Adelaide Street West – but don’t worry, the food’s the same.

Owner Monte Wan jokes that he used to run two holes-in-the-wall; now he has a bona fide, grown-up restaurant. 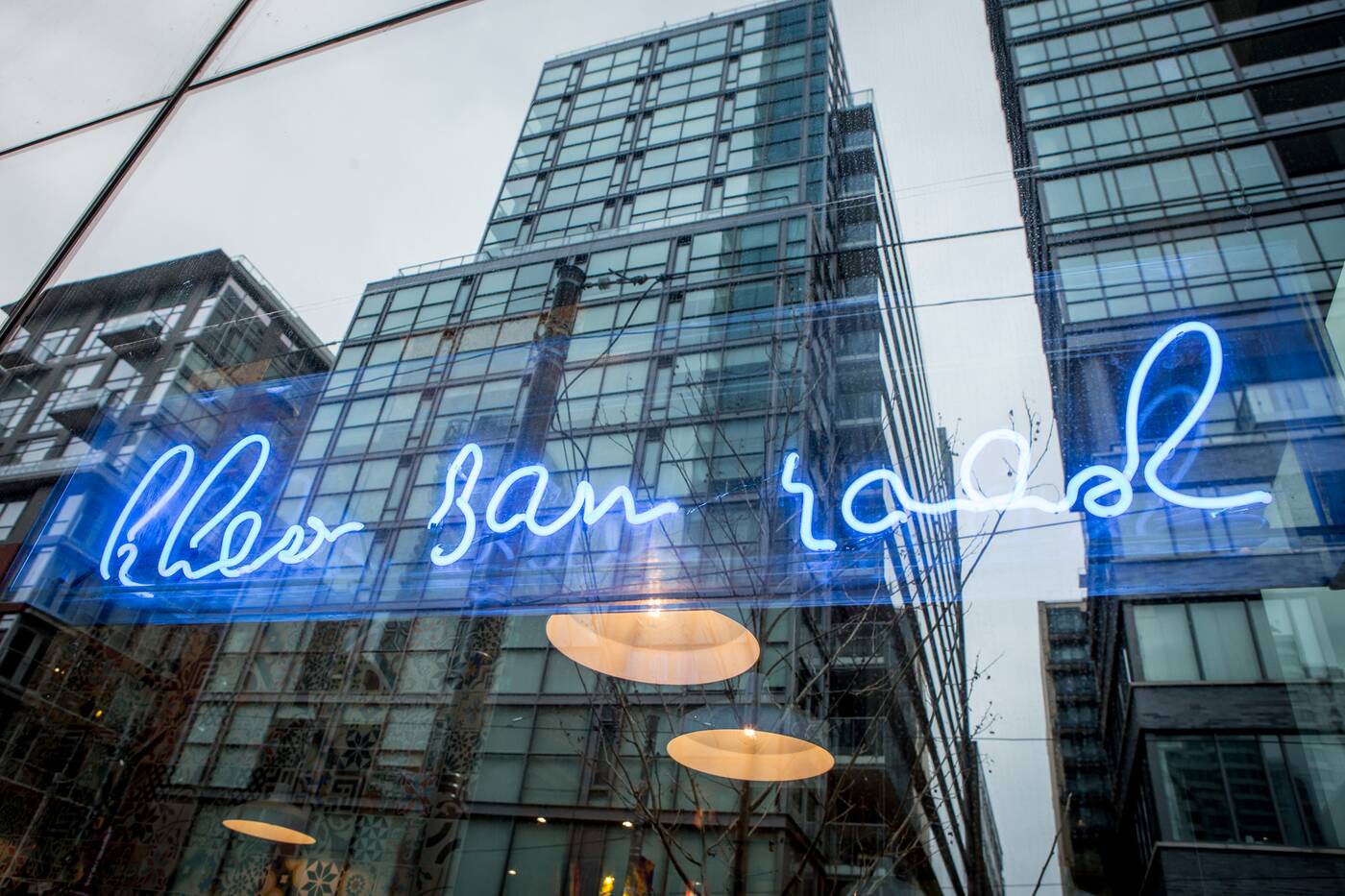 Aesthetics aside, the menu hasn’t changed, and this popular spot features some of the same fixtures and design elements as the original Khao San Road. The room, designed by Make Studio, however, boasts massive ceilings and a two-storey wall made up of tiles Wan imported from Thailand.

He developed a seemingly random pattern for them utilizing his coding skills, a vestige from his previous career path. 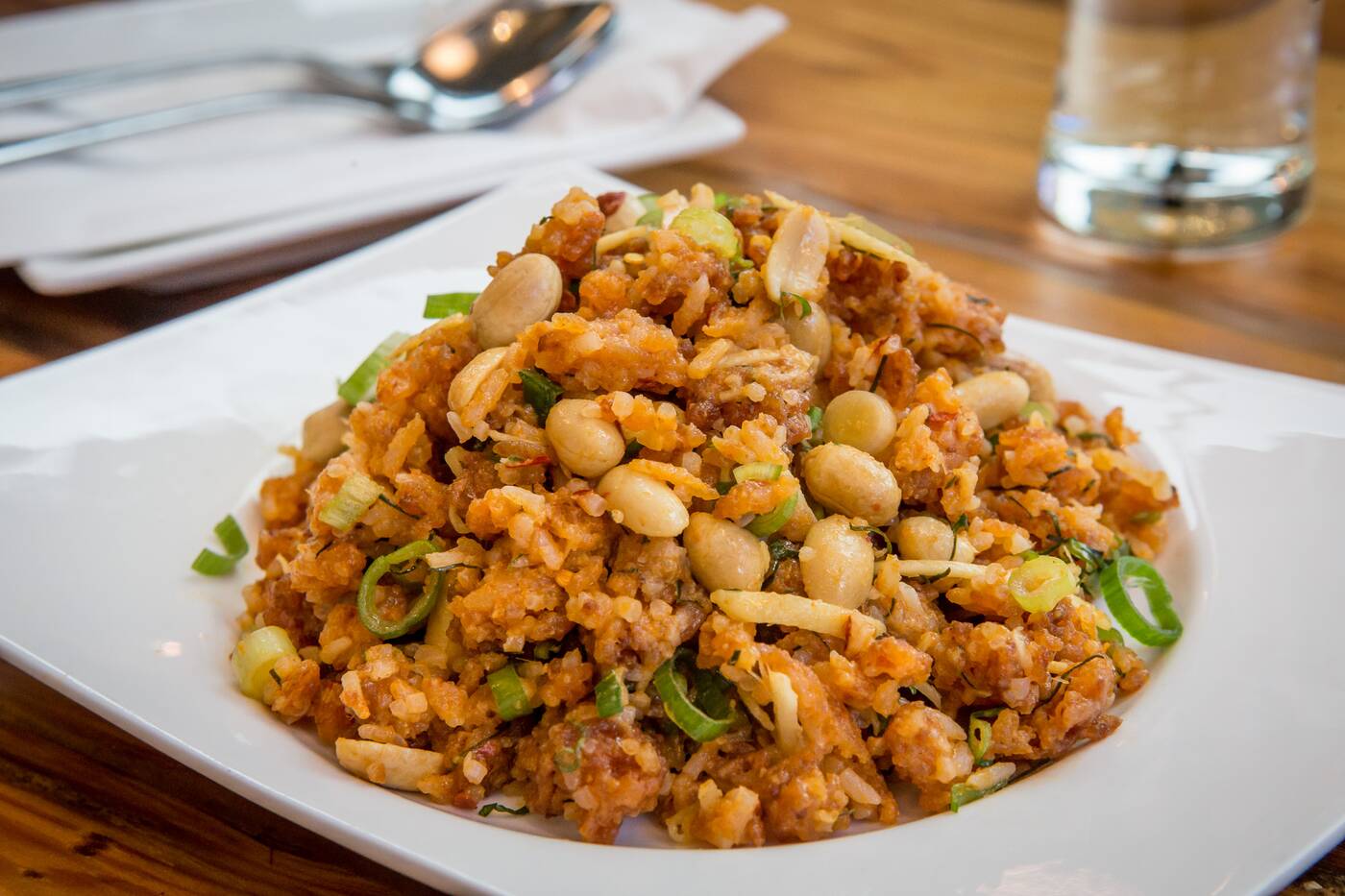 But now he focuses on food, including this crispy rice salad, or khao yum ($12). Any salad that features deep-fried rice is a winner in my books, especially when it’s mixed with lots of lime and crunchy peanuts. 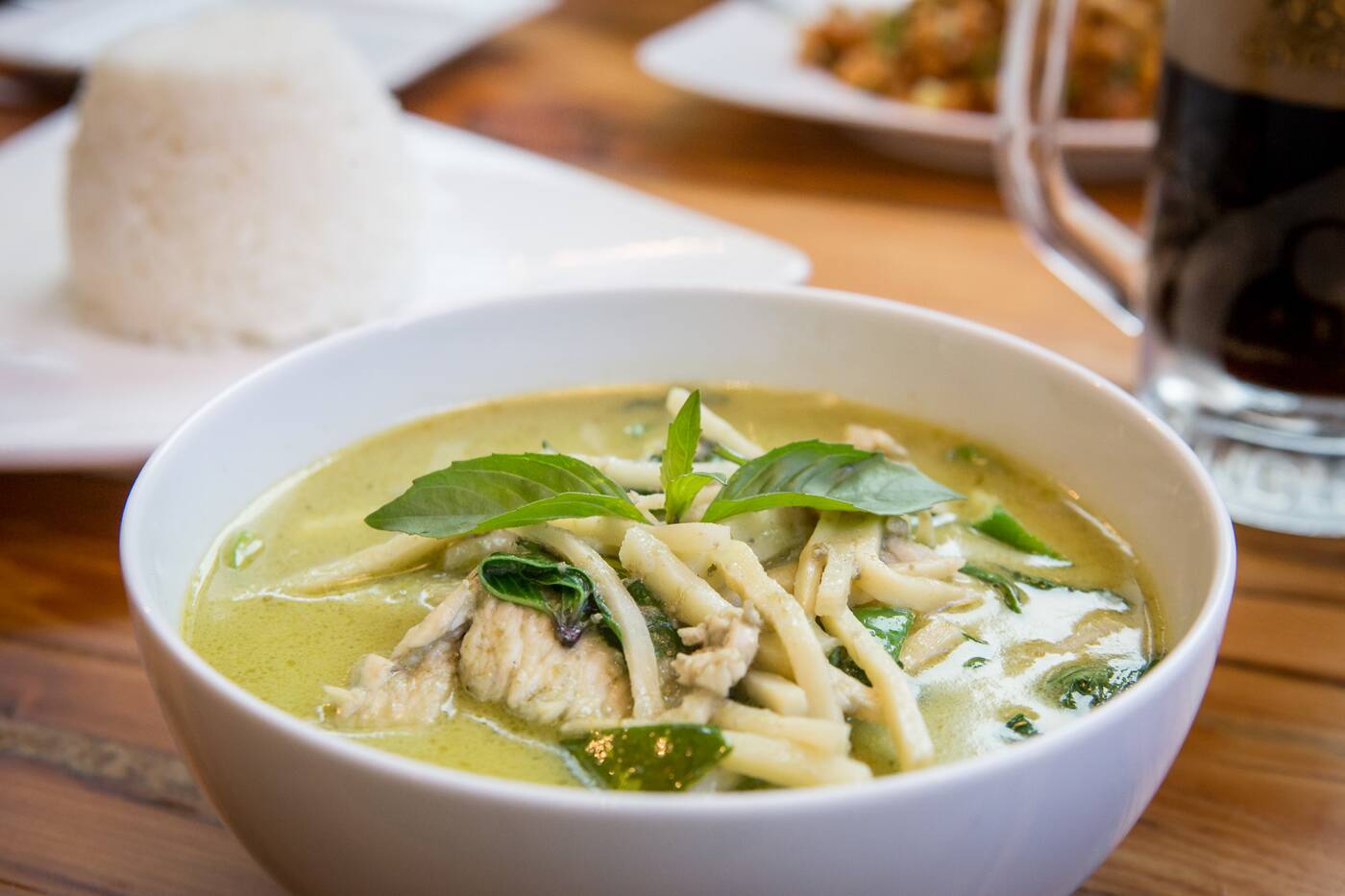 Green curry chicken, or gaeng kaew wan ($16), is nice and spicy and comes served with a side of rice, which helps cut some of the heat. 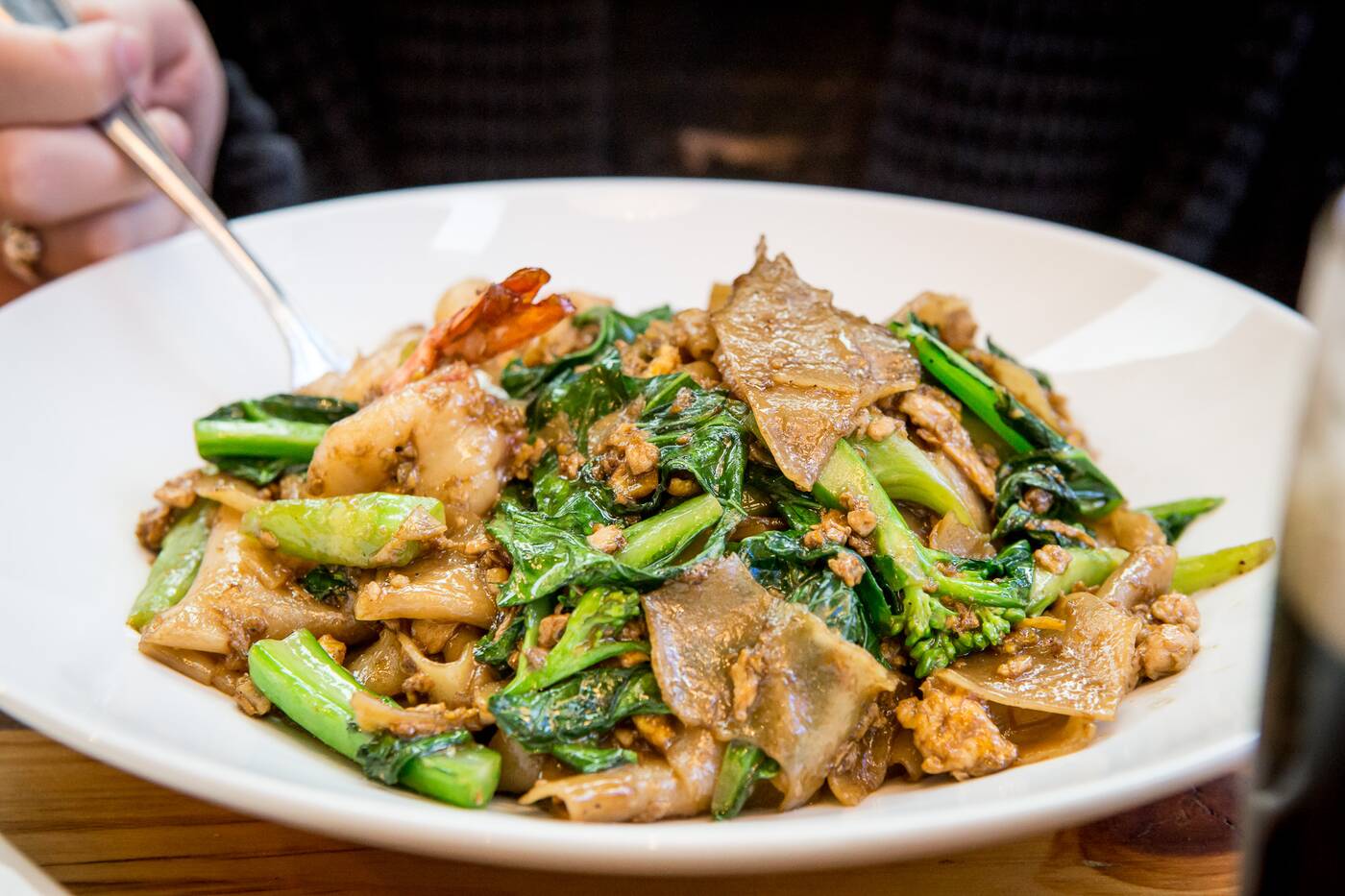 Pad see ew with shrimp ($17.50) is what you’d want on a cold, winter’s day. With fat rice noodles and plenty of shrimp, it’s pure comfort food. 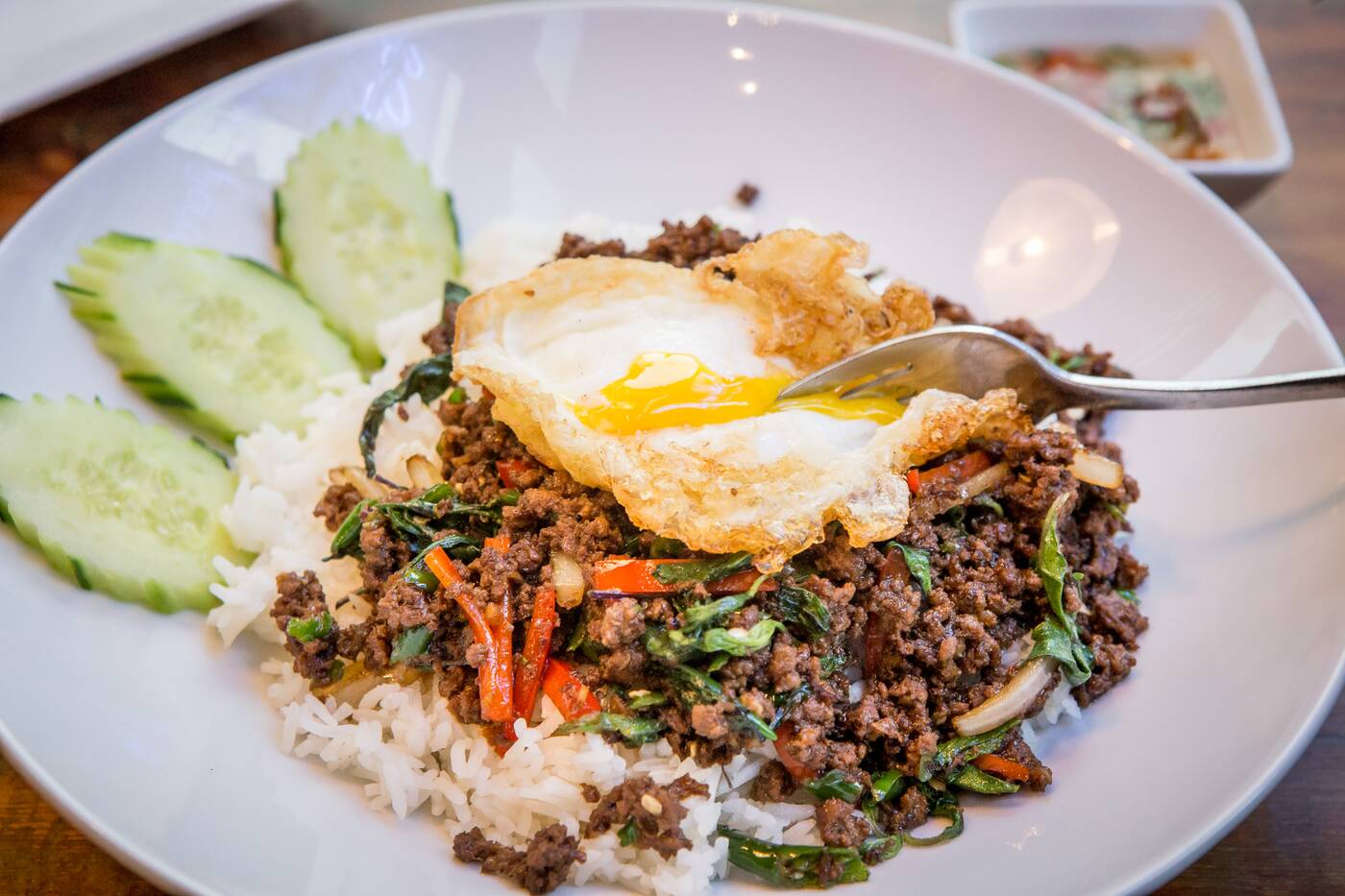 The pad gra prao is also comforting, and fun to eat thanks to the fried egg sitting atop a pile of beef, red bell pepper and onion. 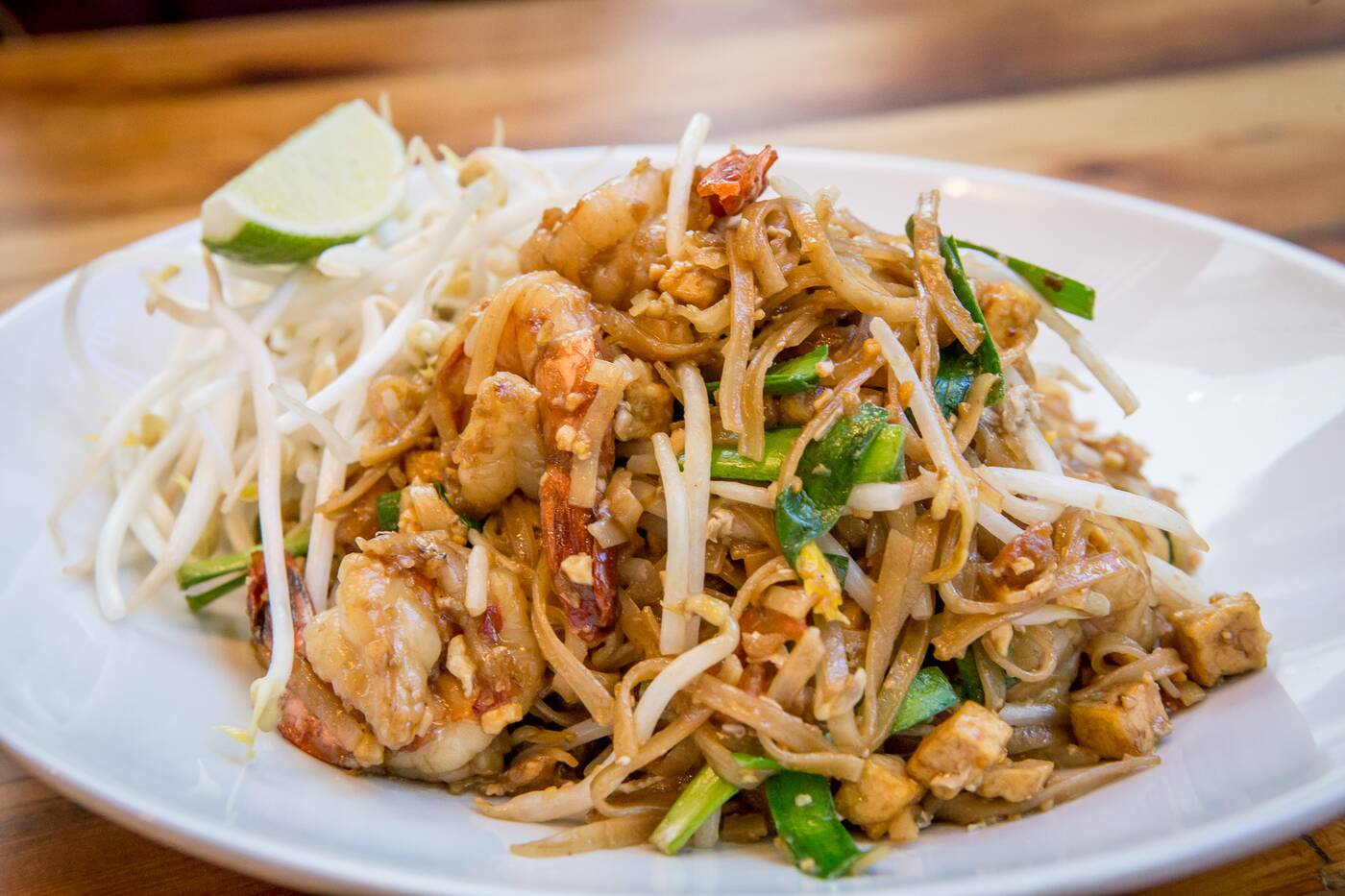 Over the years, Khao San Road has become well known for its pad Thai. We try the Bangkok-style edition ($15.50), which maintains its distinct flavour with pickled radish, dried shrimp and fish sauce. 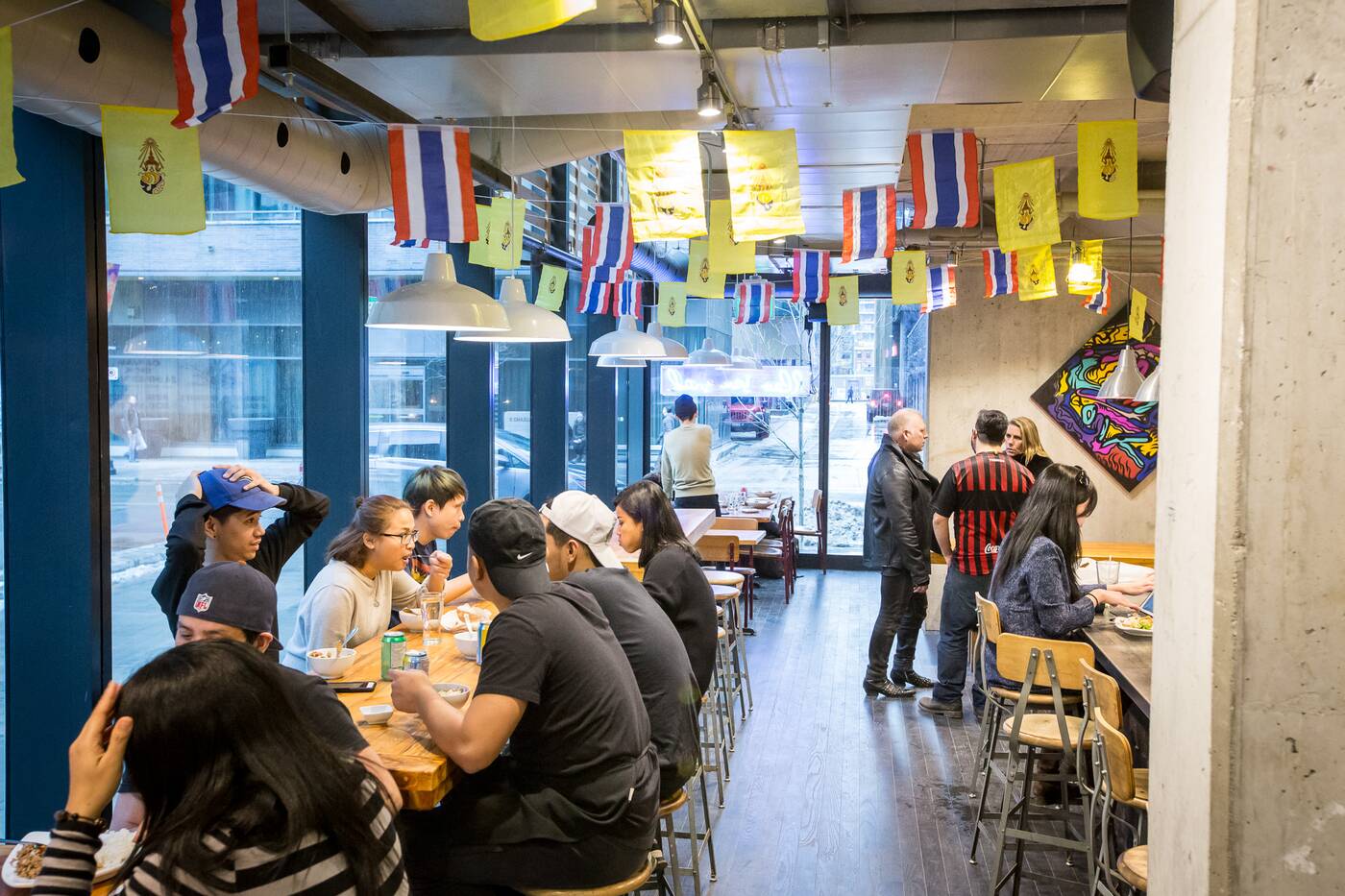 This Khao San Road is slightly bigger than its predecessor, though now there’s a small seating area to relax in as you wait for your table. And if you can’t get a seat at the restaurant, you can always try your luck at the bar, Bang Sue, upstairs. 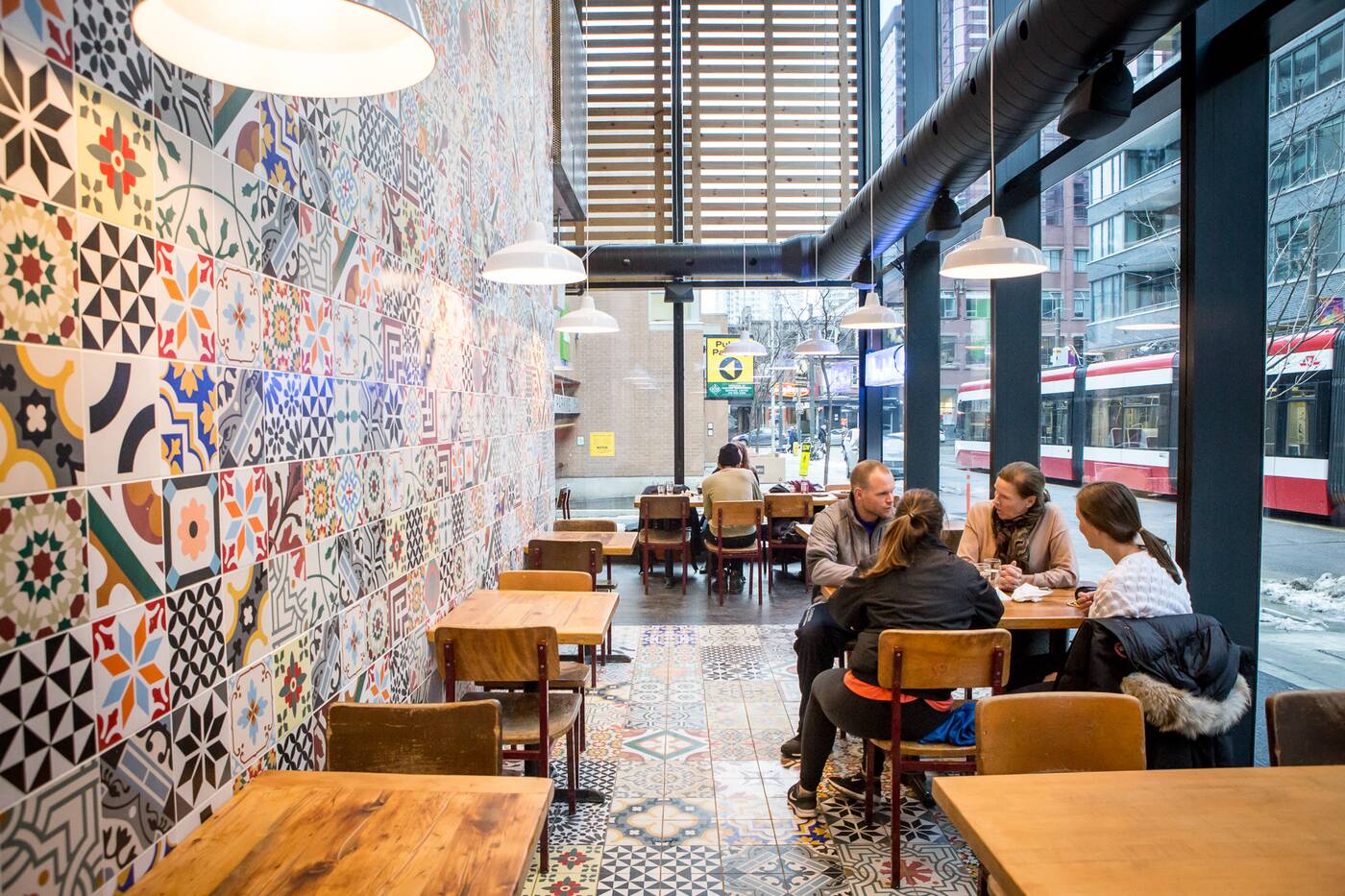 While the Khao San Road kitchen closes at 10 p.m., Wan opened Bang Sue – which is run as a separate business - to keep pumping out food (albeit from a different menu) until last call. 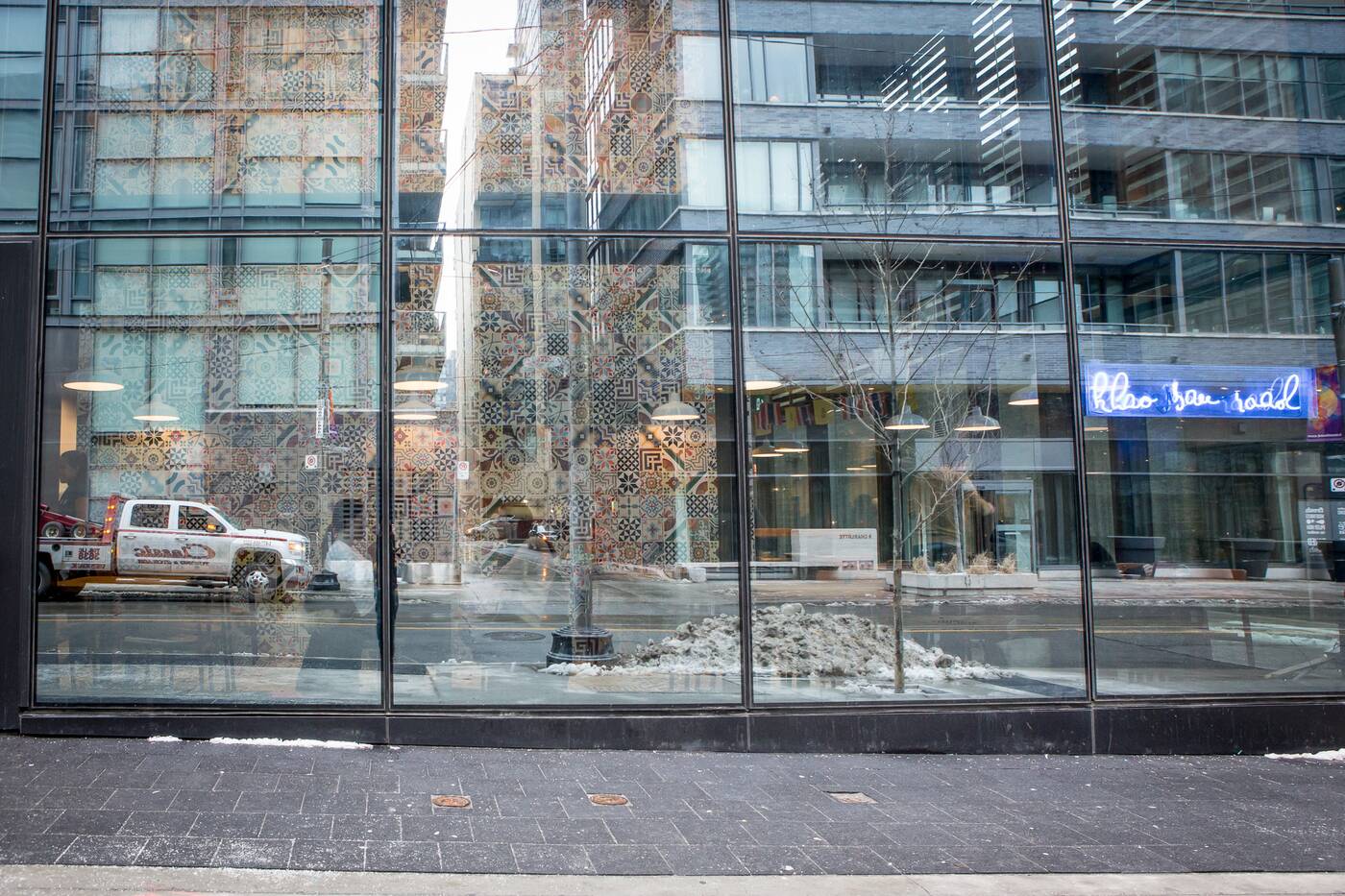