Some people define a city by the quality of its food, or by the quantity of its job opportunities. Others, by the allure of its architecture and attractions, or by the demeanour of its people. And others still, by the passion of its music scene. And what would a music scene be without its venues?

In the last decade, Toronto has witnessed the devastating closures of far too many music venues that many of us grew up in.

Whether you had your first drinks from the bottle of cheap wine you brought with you to Soybomb or got your first black eye from a foot in the face at the Kathedral, the mark these venues made on the fabric of the city and its concert goers is indelible — even if the young'ns will no longer know their names.

How some of us managed to continue on living in Toronto without the legendary purple-brick building that was the Big Bop gracing the southeast corner of Queen and Bathurst streets is quite frankly beyond me.

The Bop was a dingy three-in-one, with its trio of stages across three floors hosting bands like Billy Talent and Alexisonfire when they were just starting out.

Though the historic building has been beautifully restored by its new owner, the salt in the wound of the alternative all-ages venue's closure is that that new owner happens to be a bougie furniture retailer from the States. 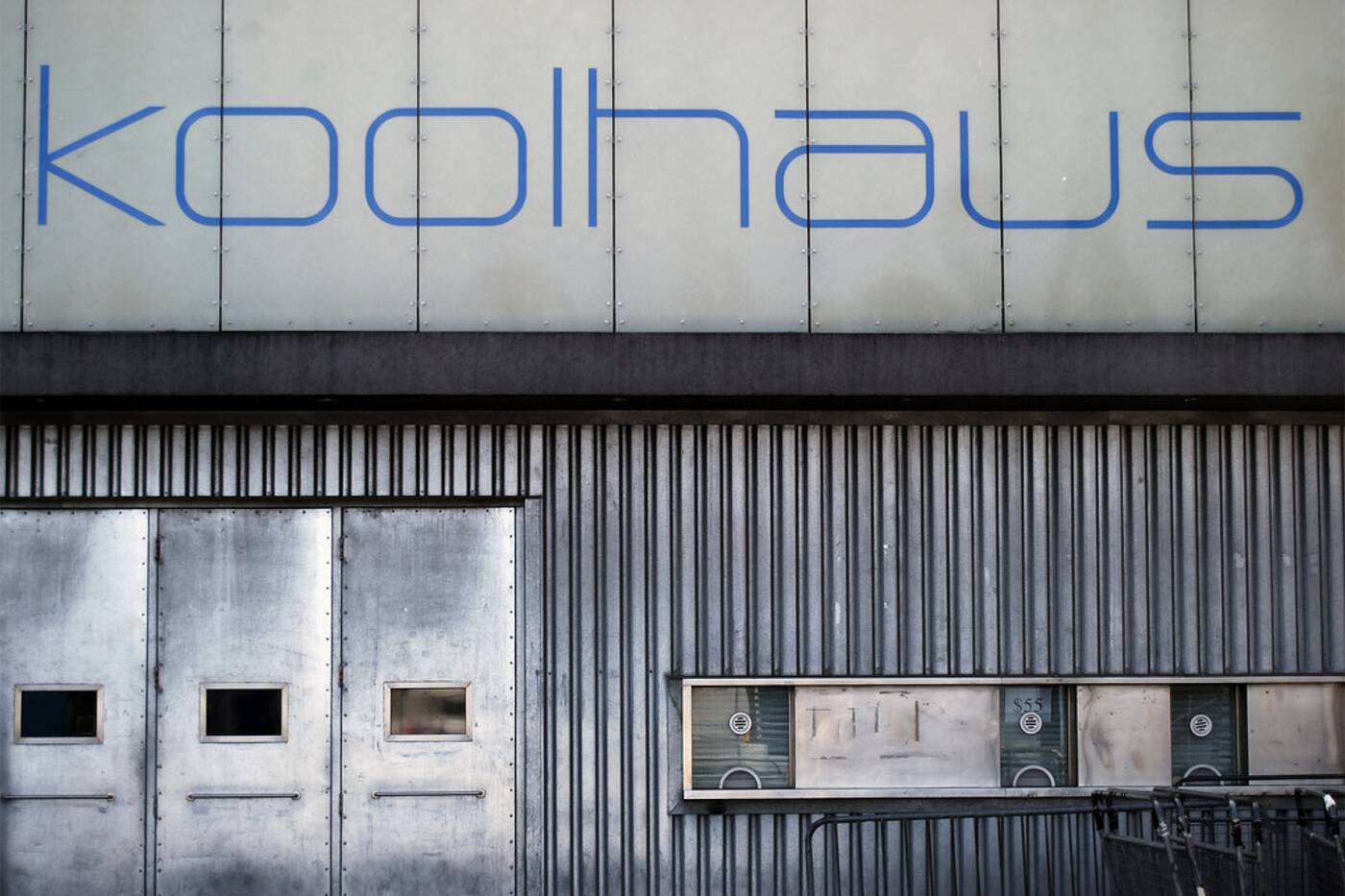 Kool Haus was a popular complement to The Guvernment. Photo by @tryhank.

This 2500-capacity venue was part of the Guvernment club complex on Queen's Quay, and at first touted the moniker The Warehouse when Guv was the club RPM.

Kool Haus was the go-to for bigger-name mid-sized acts, with shows in its lifespan ranging from Lady Gaga to the Rolling Stones to Prince to Tame Impala. The space was sold to a development corporation for a mixed-use waterfront community, but not before the Guv threw a kick-ass goodbye party featuring Deadmau5. 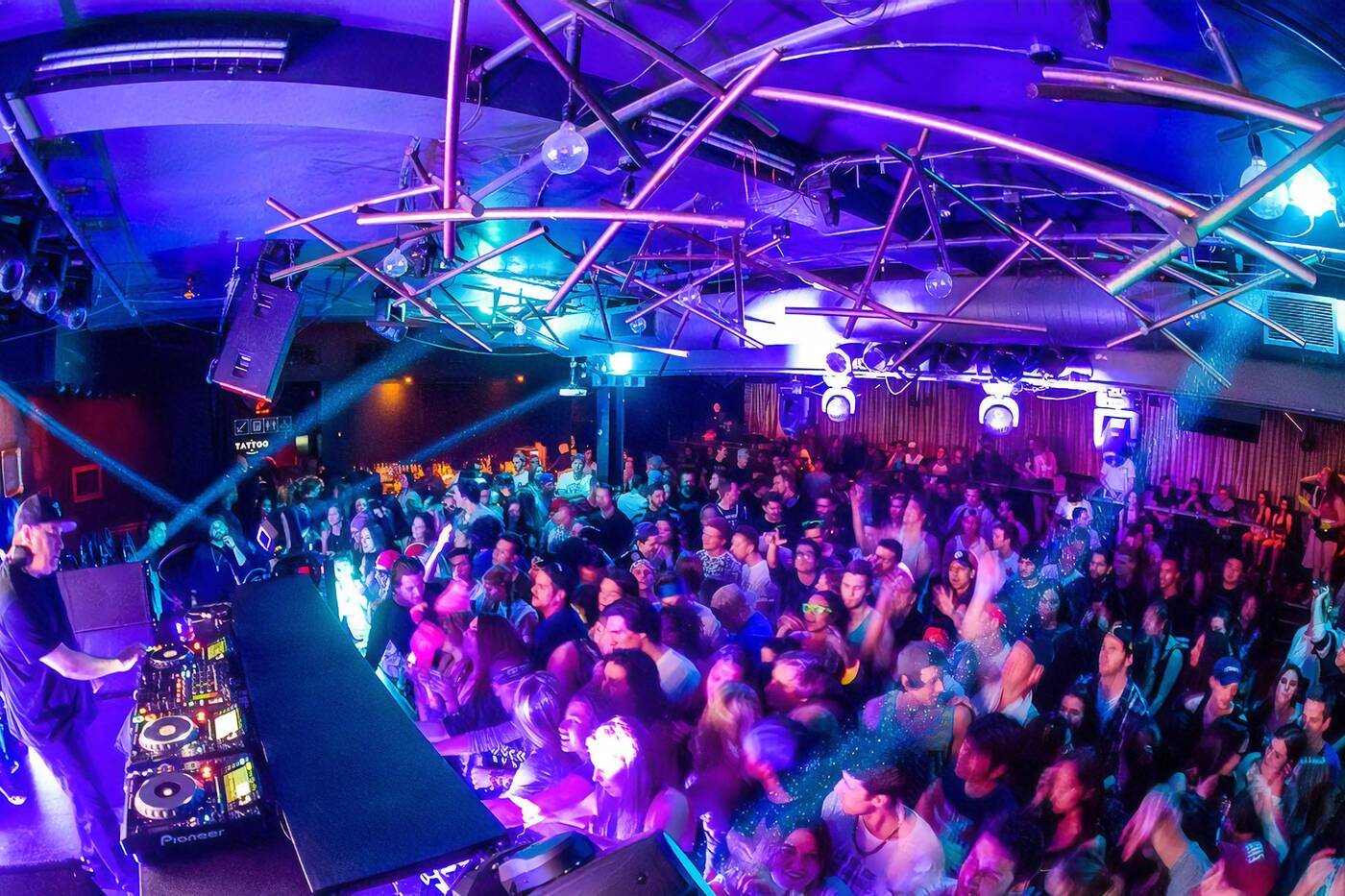 This space didn't really seem to know what it was. It started out as more of a club, later evolving to focus more on live music. It's aesthetic was definitively more wannabe rock and roll than actual rock and roll, but Slash from Guns N' Roses did party there once.

Despite being perfectly situated for what it was — on Queen West between Spadina and Bathurst — the venue met the fate that seems to be all-too-common of establishments in the area these days: it became a nightclub. 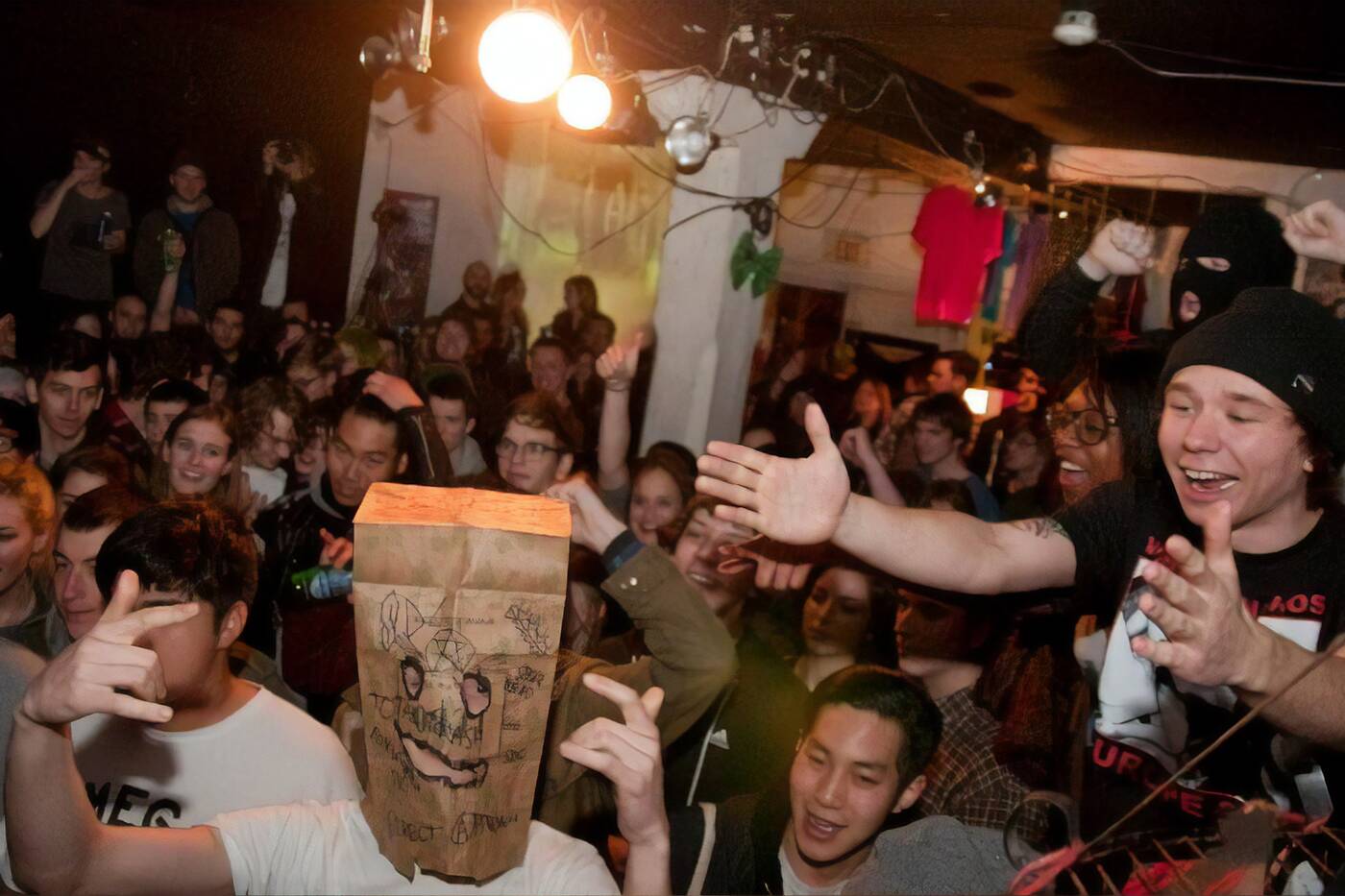 A show at Siesta felt like going to a show in a friend's basement (in the best way possible) for more reasons than one. Not only because of the space itself, but also the vibe, which screamed a DIY punk ethos that has since been mostly lost in this city.

The no-frills venue subsisted on the passion of its own scene, serving as a home to a slew of all-ages shows by hardcore and punk promotion company Stuck In The City, known for its annual multi-day Not Dead Yet fest.

Upon the east-side's venue's closure, NDY released a statement of mourning, saying Siesta "truly was a place for musicians who wanted to play more than anything." 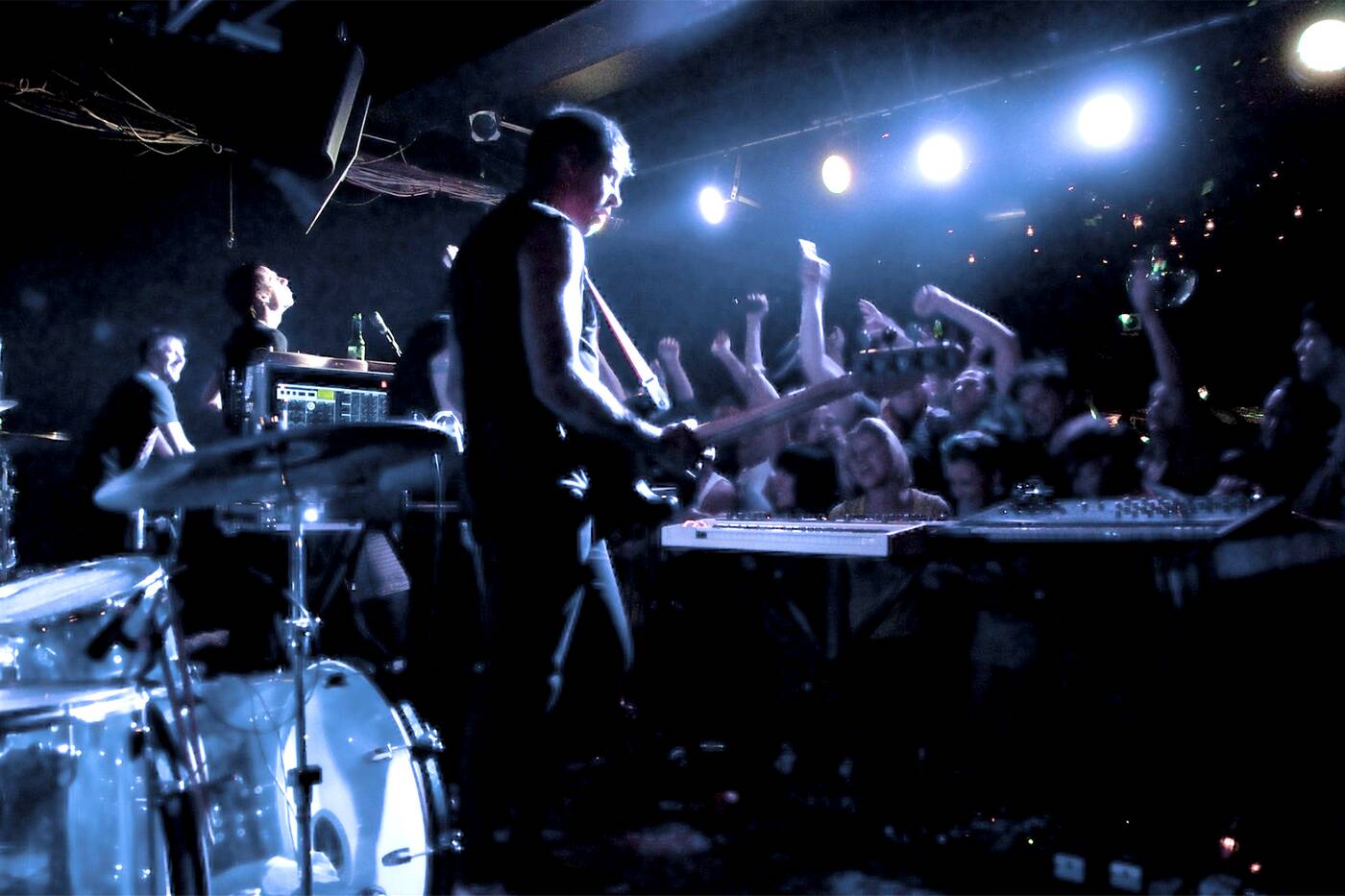 Wrongbar was a fixture in Parkdale for years. Photo by Florence Chan

This dark, cavernous Parkdale spot on Queen Street was home to all different types of live music, from hip-hop to genre-defying (at the time) alternative, indie electro acts. Its walls have seen shows by FKA twigs, Turnstile and too many DJs to count.

Described as somewhat of a "hipster" spot, Wrongbar was relatively short-lived as far as Toronto venues are concerned, but still deserves a place on this list for the number of shows it put on during its time and how well people knew the place.

The owner has since gone on to open up Polynesian-inspired restaurant Miss Thing's next door. 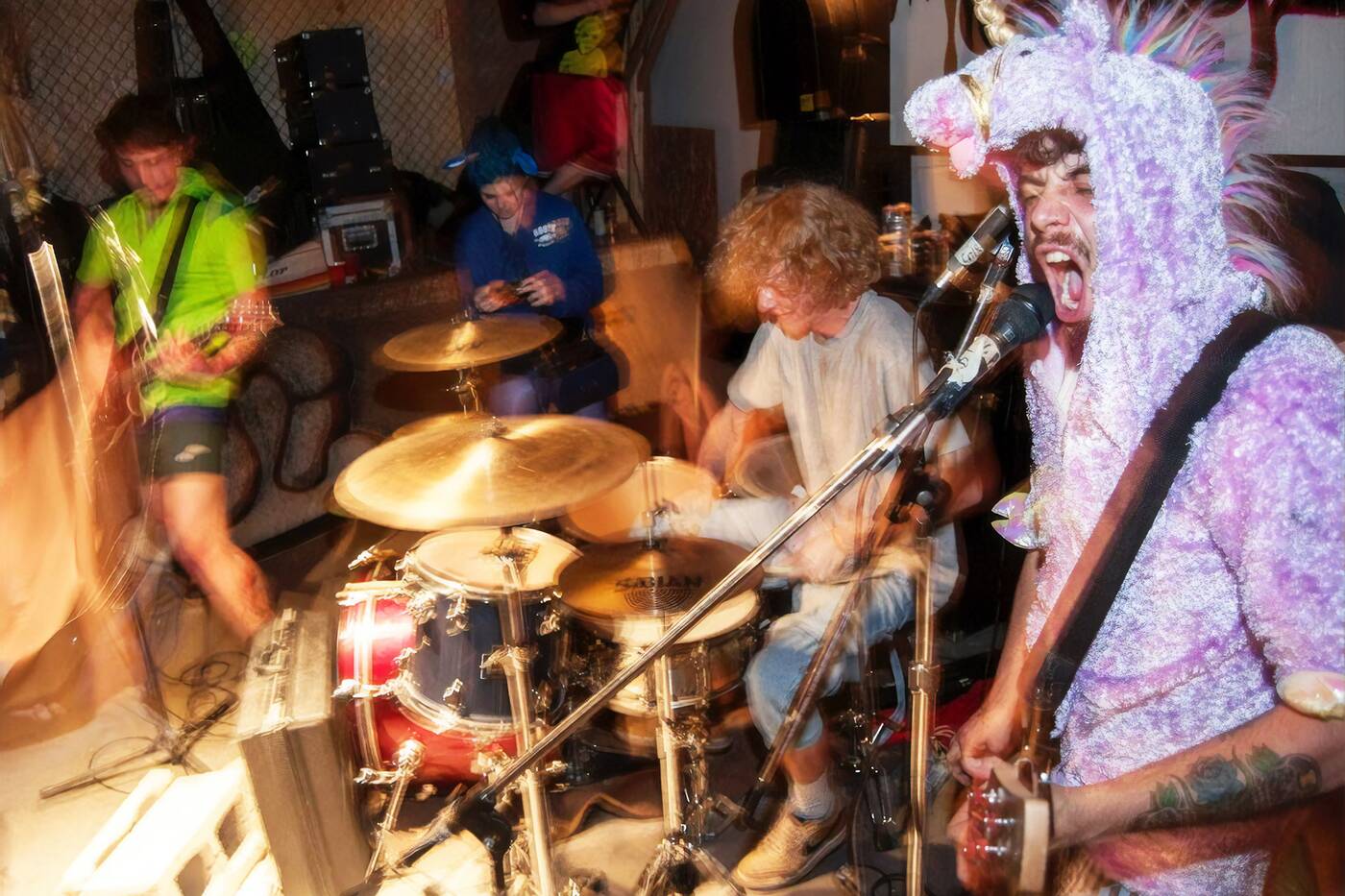 Soybomb HQ was a favourite for those not of legal drinking age. Photo by Sean DeCory

Walking into Soybomb was like walking into a scene from a movie that a bunch of parents made to bemoan their rowdy teens: bikes hanging from the unfinished ceiling, bands playing in the middle of a half-pipe, a room packed to the walls with people carrying beer-filled backpacks and the narrowest, most sketchy homemade ladder leading to the roof.

The closure of the badass DIY space was extra unfortunate because it is thought that right wing groups strategically reported it for code violations as a way to destroy the alternative scene that Soybomb helped to cultivate. 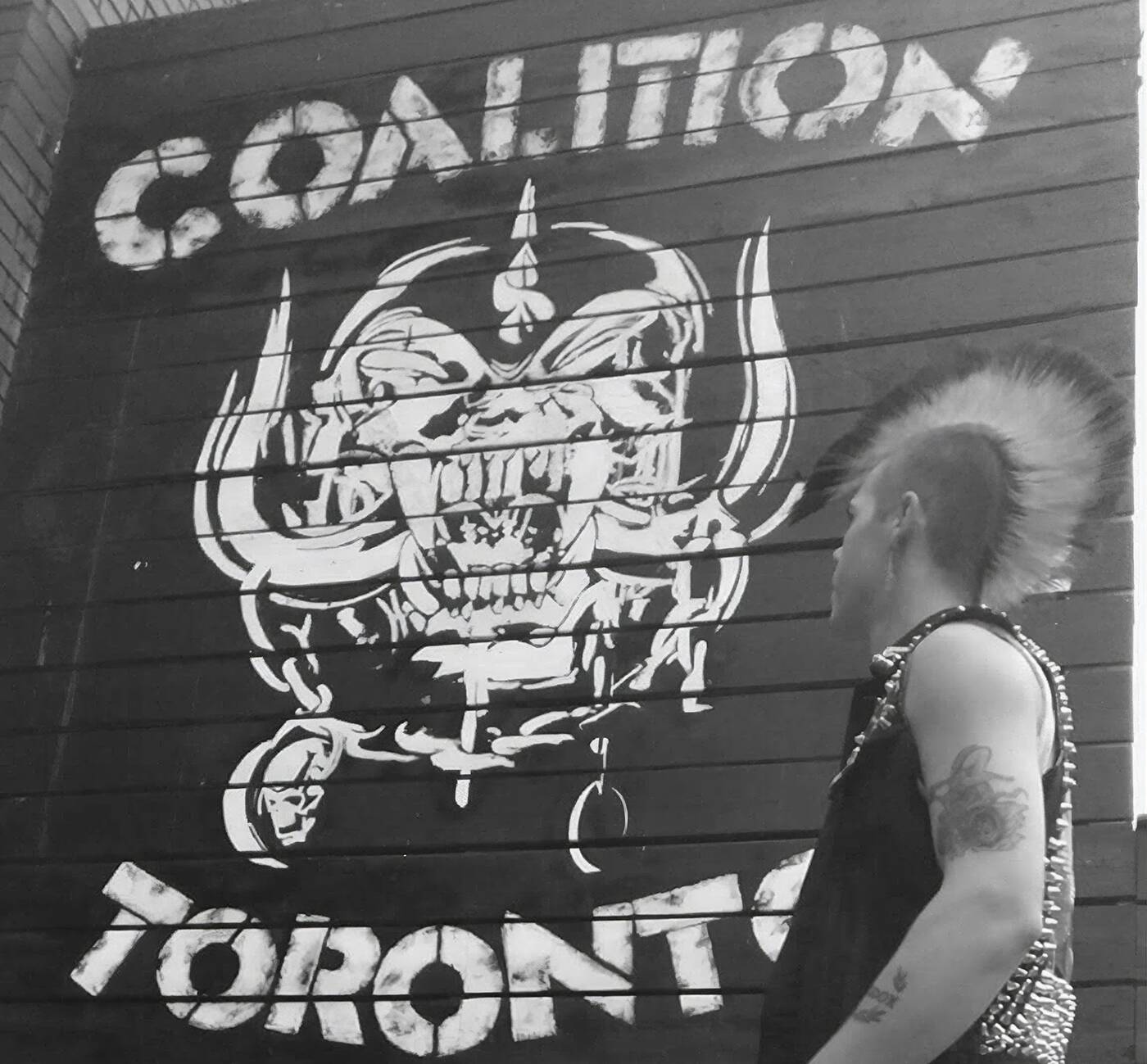 Punk and metal venue Coalition — also a Not Dead Yet staple — is one of the most recently shuttered on this list, and is still looking for a new home for Coalition 2.0.

It was arguably Toronto's last dedicated underground venue, which speaks volumes about the state of punk counterculture in a city whose neighbourhoods are becoming increasingly gentrified and converted into condo complexes.

Venue manager Matt Black said in a Facebook statement that the landlords of the north Kensington Market propery "refused to resign the lease in favour of more lucrative endeavours, whatever that may be." Typical Toronto. 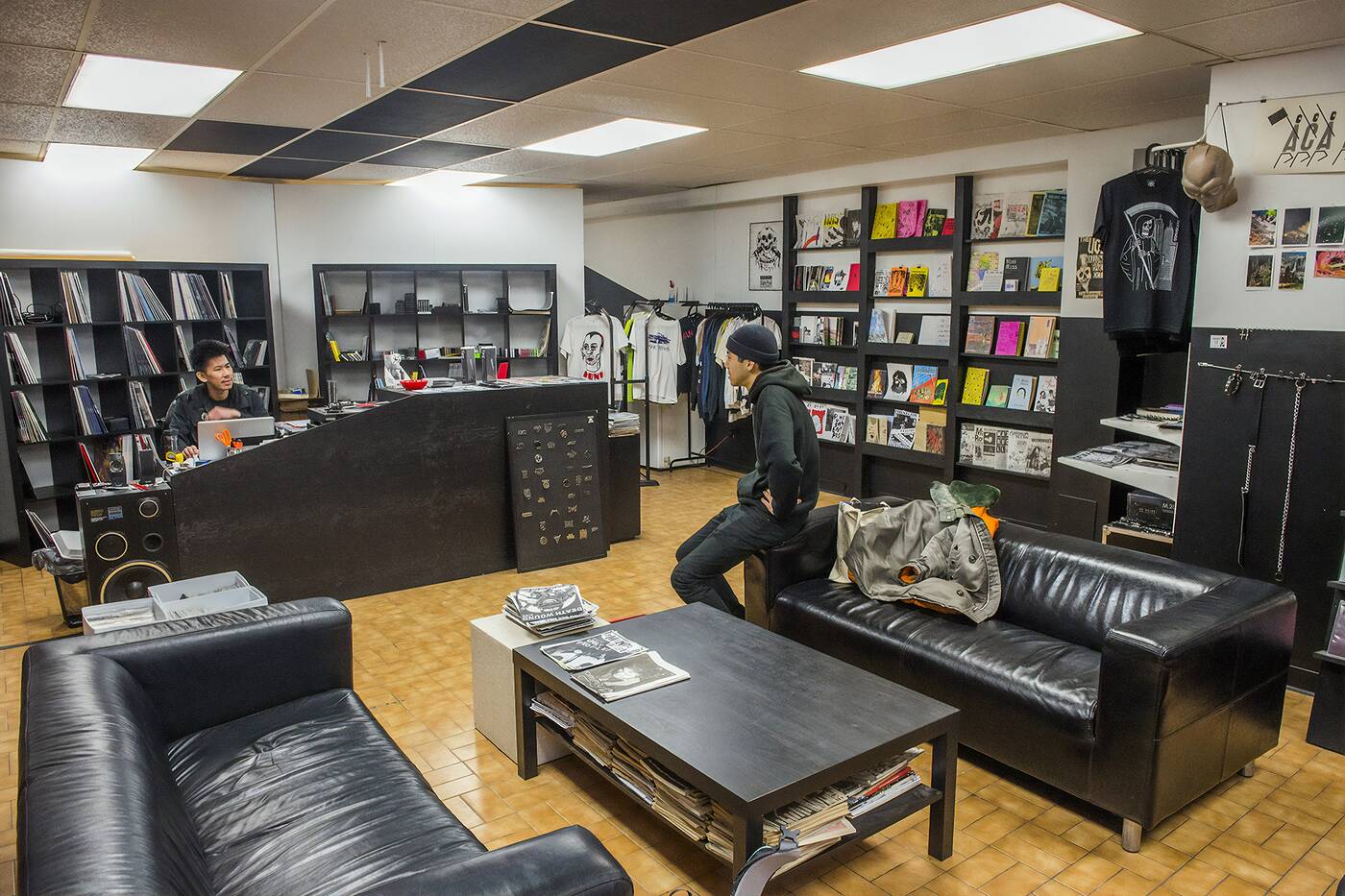 Faith/Void was both a record store and a concert venue. Photo by Hector Vasquez

Unfortunately, some new neighbours formally complained about the noise on multiple occasions, putting the venue's owners in a tight spot with their landlord and costing them in fines. 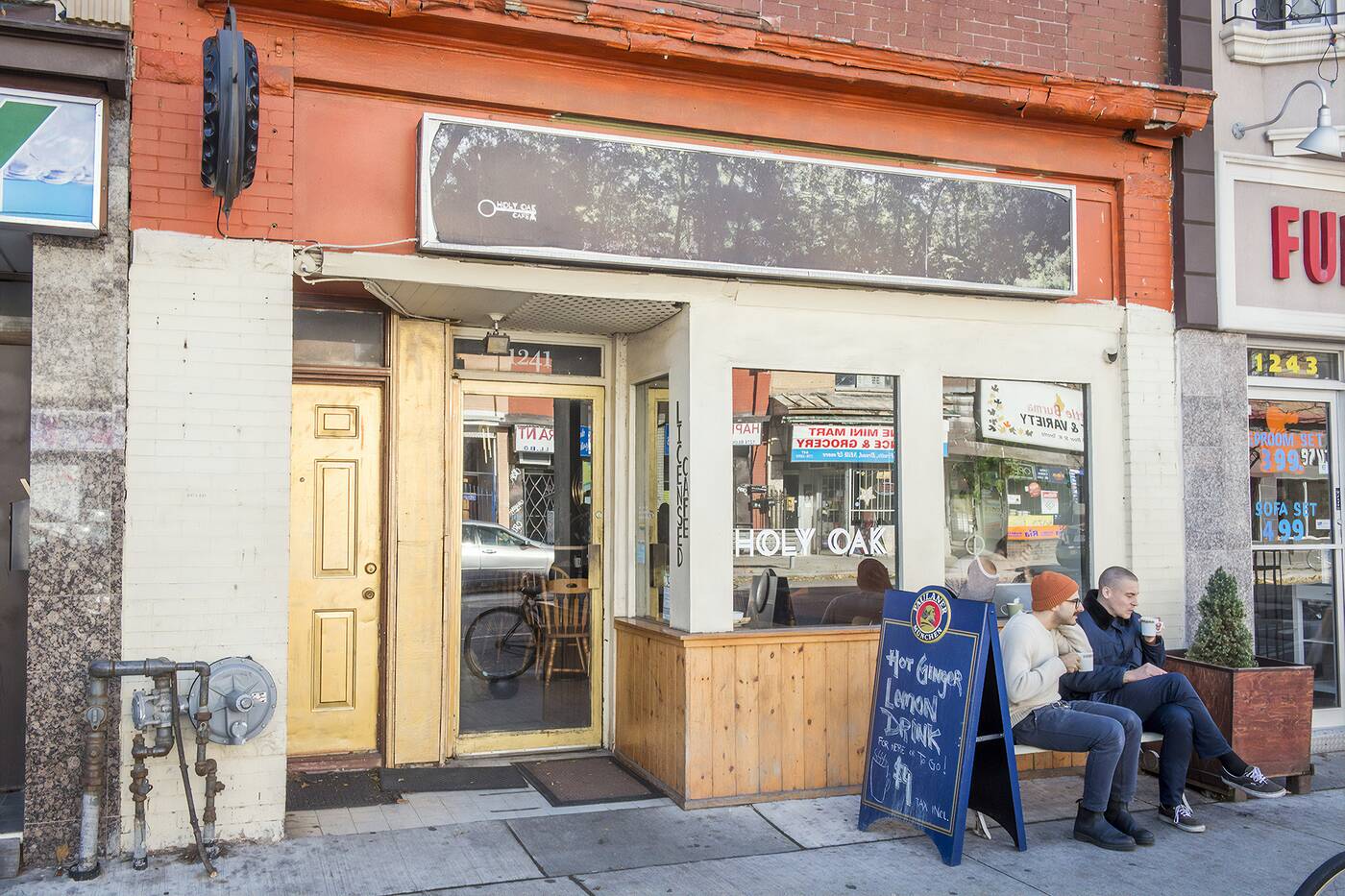 The inclusive, queer-friendly Holy Oak was an intimate cafe nd venue that hosted a number of indie, folk and electronic acts during its tenure, staying open for well over 16 hours most days.

Unfortunately, the rent at the bare-bones Bloordale location rose more than owners could handle.

Like Coalition, Holy Oak owners are seeking a new spot to set up shop. 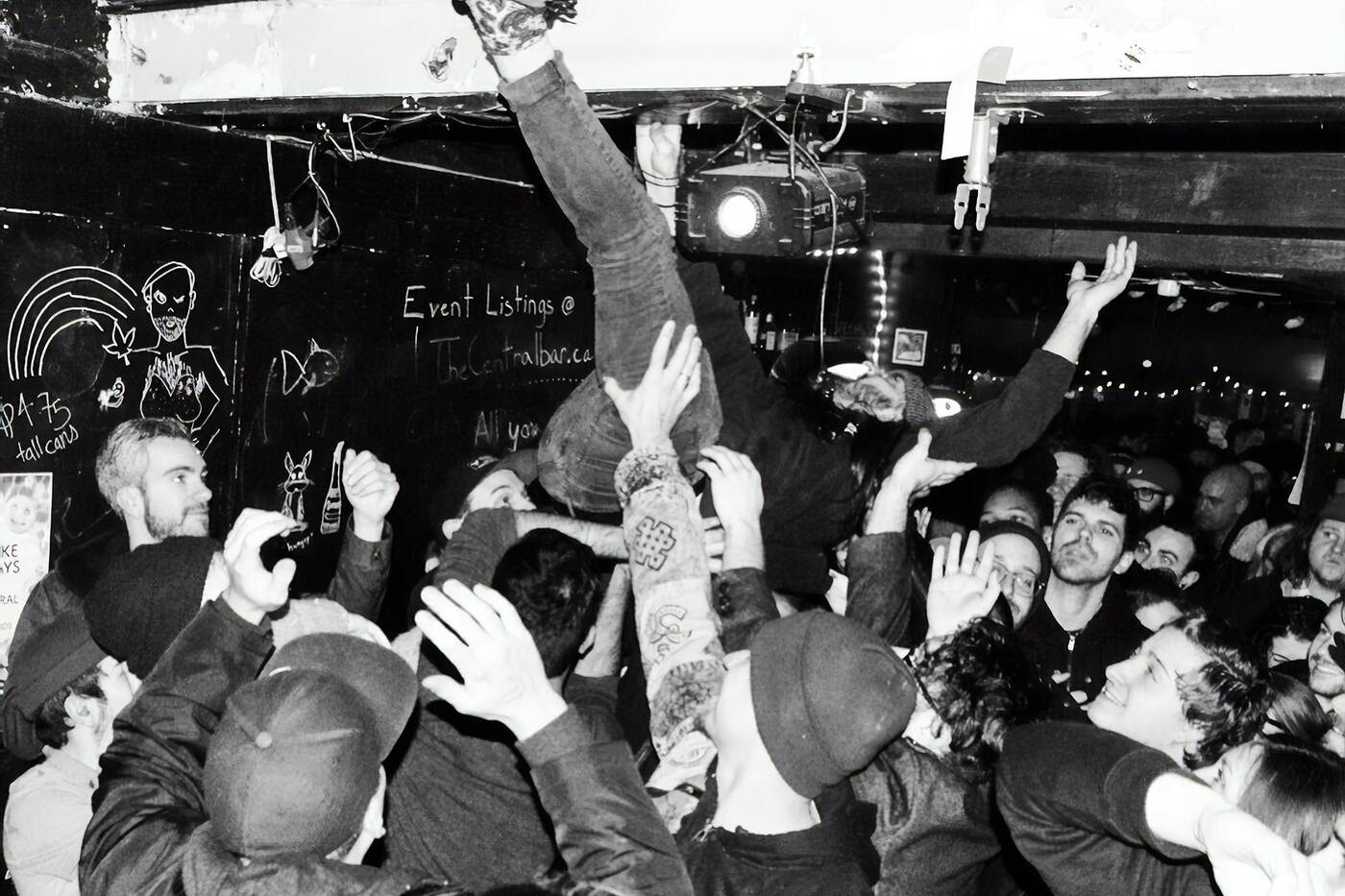 The Central was a fixture in Mirvish Village. Photo by @dailycitytrain

A victim of the demise of Honest Ed's and the neighbouring parts of Mirvish Village, The Central hosted not only live music, but comedy shows and private events over its two floors, which included a restaurant.

The owners were passionate about creating a space for local artists, running multiple shows of all different genres per night.

The small business is one of many along Markham Street south of Bloor that will be sorely missed as the Honest Ed's plot is turned into residential buildings. 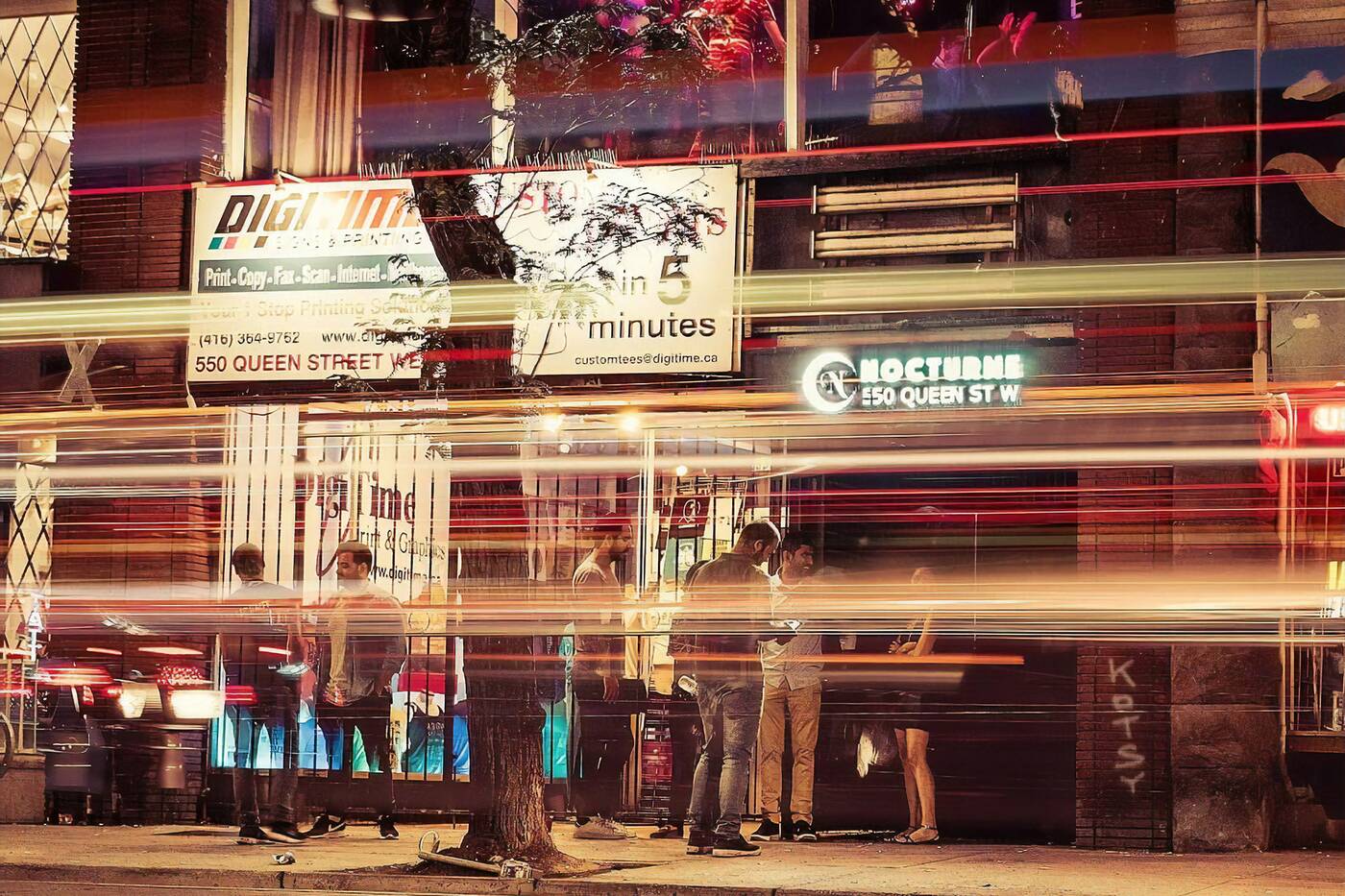 Nocturne lasted a decade on Queen West. Photo by @itsonlykotsy

Much like a lot of other spots on prime streets in the downtown core,  Queen and Bathurst's Nocturne — formerly the goth rave hub Savage Garden — was known for booking a range of acts, from metal and punk to jungle and techno.

The second-floor spot has since been turned into a nightclub that offers a velvet-roped line and a $100,000 bottle service package. "What a shame the legacy of Savage Garden & Nocturne was reduced to this sh*t," one Facebook user said of the change. 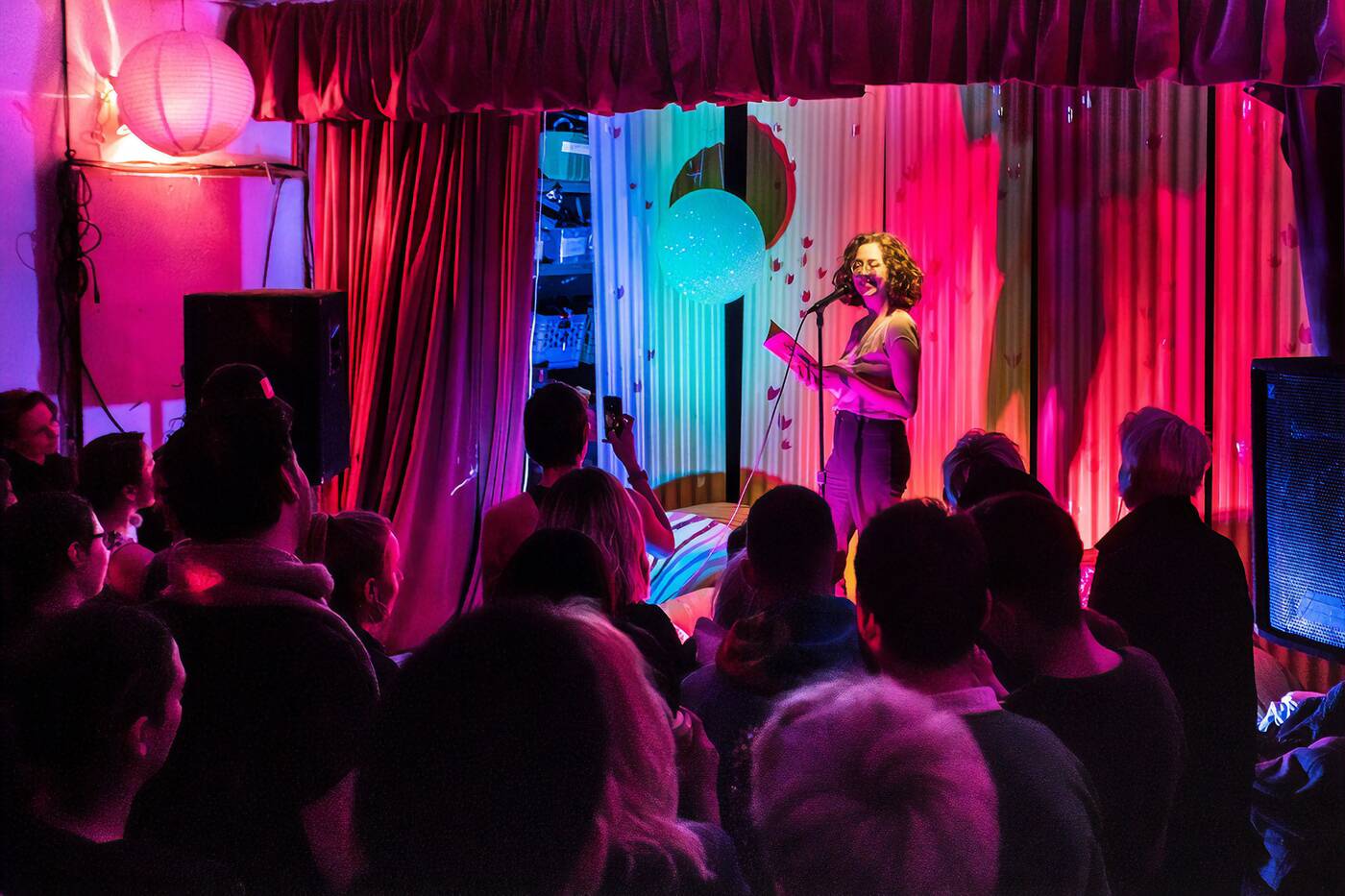 Double Double Land was a popular spot in Kensington Market if you knew where to find it. Photo by Alejandro Collados-Núñez

Though Kensington Market is one of the last strongholds against the expensive neon-lit clubs and swanky glass condos taking over the rest of the city, the eclectic neighbourhood has still had the same trouble every other area of Toronto has had with keeping live music venues — not known for being huge moneymakers when they're small-time — alive.

Double Double Land was an apartment renovated into a folky music and arts venue with a very DIY sensibility that suited the neighbourhood, and the venue's patrons, perfectly.

Its business model was inevitably unsustainable — at least, so the space's landlord though — in the quickly-changing Toronto culture and economy. 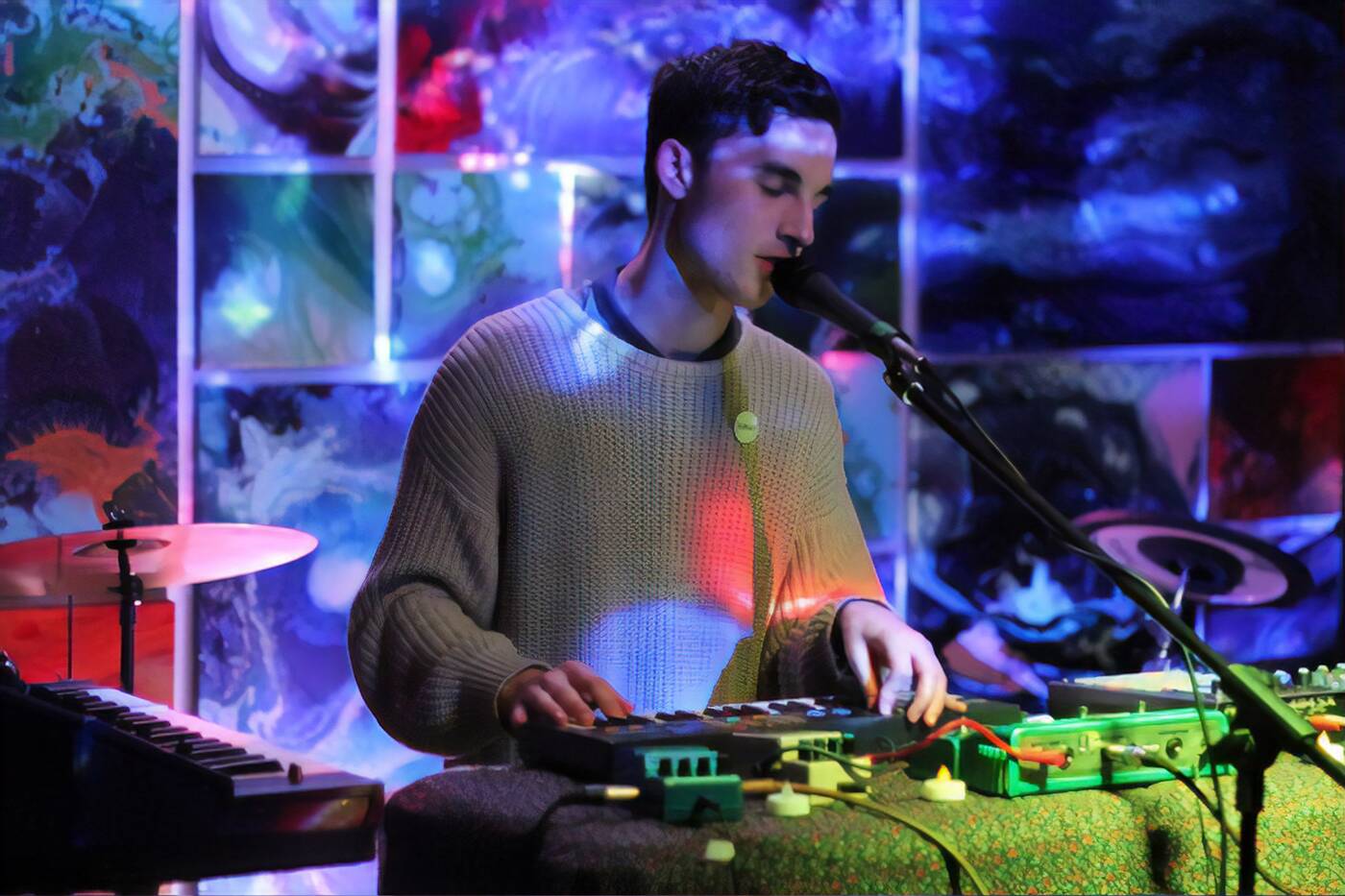 This Etobicoke venue on Lakeshore Boulevard was another multi-faceted space that served as a cozy, couch-filled art gallery by day and a mainstay for anything from spoken-word poetry shows to LGBTQ+ dance and drag parties to indie concerts by night.

Like a few others on this list, this space was also residential — the owners literally lived there — and carried that DIY feel throughout its intimate events. 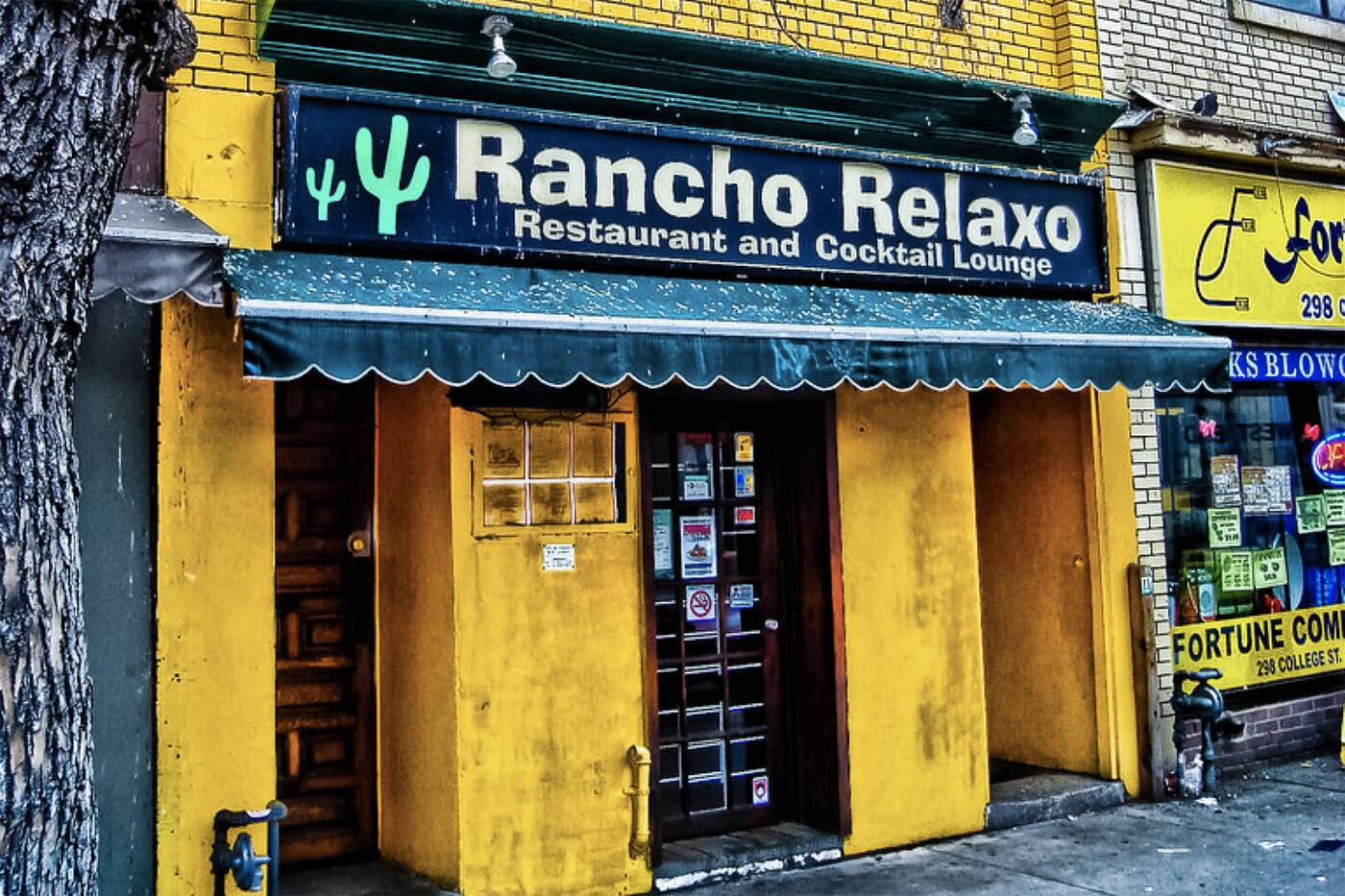 It'll be hard to forget Rancho Relaxo's iconic sunshine yellow exterior and cactusy logo smiling from the north side of College Street near Spadina Avenue.

The Mexican restaurant that lived on the venue's ground floor has since moved to "to-go" locations in the Junction Triangle and Etobicoke, while the upstairs live music venue has shuttered after a failed attempt to reanimate itself under a different name and owner.

The venue was a go-to for up-and-coming artists, while the restaurant had good enough Tex-Mex eats to rival nearby Sneaky Dees.

All-in-all, a winning combination that still somehow could not survive 2010s Toronto despite a revamp near the end of its tenure. 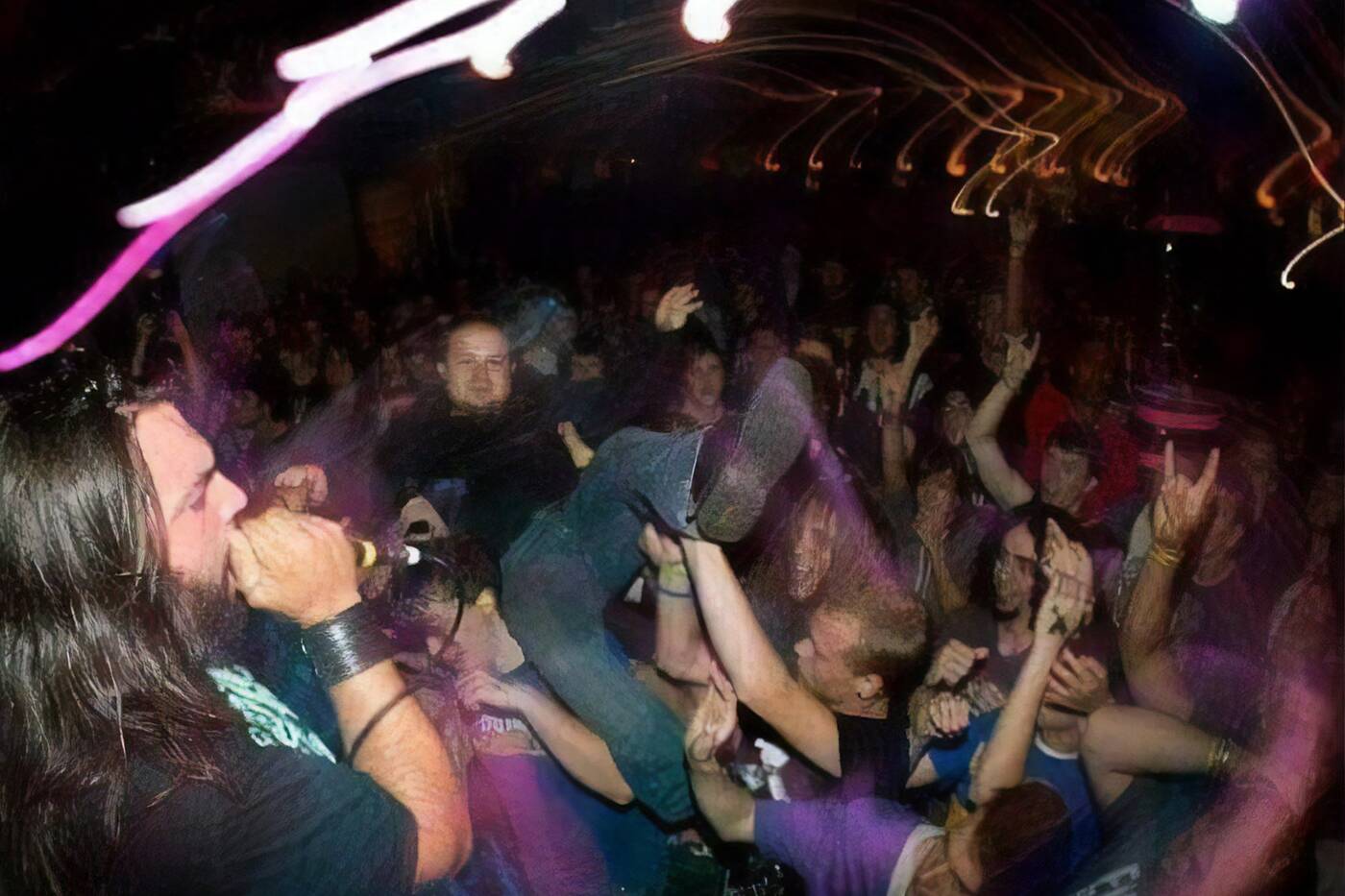 The Annex Wreckroom was a favourite for live music in the Annex. Photo by @yadamn.rose

This Bloor and Bathurst staple started out catering to the university crowd, but grew to appeal to music lovers of all stripes, alternating DJ nights with gay hip-hop parties with heavy live bands like Texas in July. It was one of the main venues at the time for mid-sized acts.

The second-storey space had at least one renovation late in its life, but has since been converted into EDM nightclub CODA.

Gone but not forgotten

As we're pouring one out for the venues that have bitten the dust — with honourable mentions going to D-Beatstro, Not My Dog,  S.H.I.B.G.Bs and and Gate 403 — at least we can look forward to the revival of a few iconic spots that we almost lost forever, like the Silver Dollar Room and the El Mocambo, both slated to re-open in 2020.