Placebo Space was a perfect place to spend the first heavy snowfall of winter. On Thursday three solo artists performed, sans snowy shoes, above an auto-body shop in what is quickly becoming one of my favourite Toronto spots.

More habitable art piece than venue, Placebo is full of wooden (think still in tree trunk form) furniture, sleek couches, multitudes of floor pillows, and the paintings of Yunior Marino - an artist who's put a lot of love and hard work into Placebo. Projections sync up to the band's audio outputs by way of a video camera in a back cupboard that endlessly films a pool of water on a speaker cone. In the coatroom I overheard a kid on his phone: "I ended up at this really cool show, I thought it would just be at some bar!". That's exactly how unprepared Placebo goers feel. 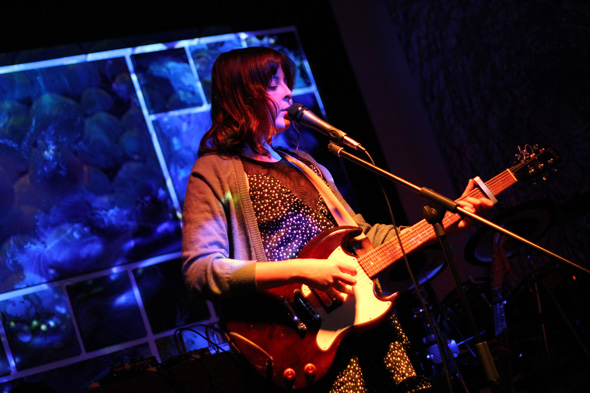 The night's opener, Loom, AKA Brooke Manning, both shy and at ease with the audience (and her own awkwardness), soothed us into the evening as she sang softly, "I'm still a child". The room seemed charmed by her from-the-heart lyrics and smiling stage presence. 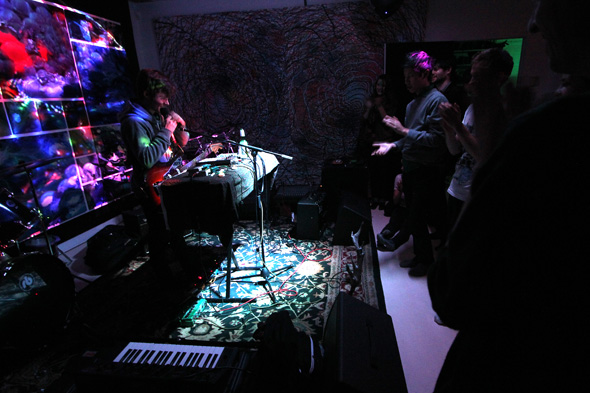 Foxes in Fiction (Toronto's Warren Hildebrand) took the stage next before a table of pedals, electric guitar in hand. Less shy than Manning but still emanating a sincere youthfulness, easy going Hildebrand expressed how happy he was to be playing Toronto for the first time since his recent European tour with Happy Trendy.

After one song, clipping problems brought the show to a temporary stop. "Playing electronic music sucks" Hildebrand quipped, and then, to the audience's laughter - "That's not a joke". 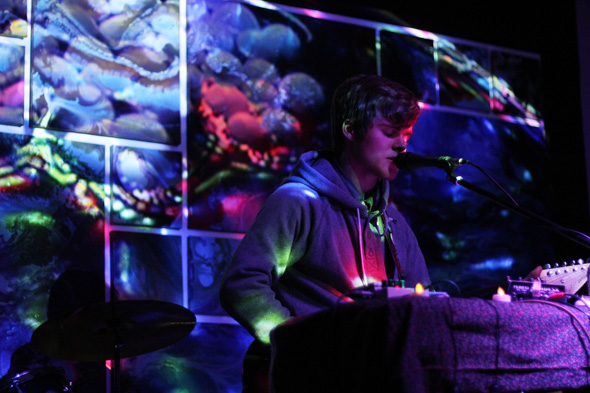 Hildebrand may have meant it, but there's no mistaking his skill at the multitasking required to recreate his layered recordings for an audience. Though less graceful live, Hildebrand's warm tones, loops, and simple, upbeat melodies like Bathurst brought a hint of summer to the cold night, and the crisp percussion, rich synths and yearning lyrics of School Night found the emotion Foxes in Fiction is capable of. Walls of guitar noise breaking into vocals, added to an encore dance party that brought a huge smile to Hildebrand's face, were the set's highlights. 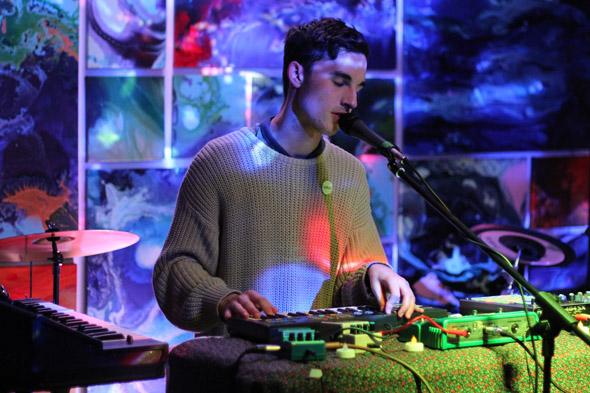 Dylan Khotin-Foote, his thin frame lost in a huge sweater, ended the night on a more somber tone. Stony-faced Khotin-Foote made his way through catchy, melancholy songs with names like Die Young (the title track of his new EP). Combining minimal, crisp electronic pop beats, deadpan vocals and personal lyrics in a style reminiscent of US bands like Former Ghosts and Casiotone for the Painfully Alone (now Advance Base), Khotin-Foote's made it hard to tell where his influences end and Happy Trendy begins, but rose as the most interesting artist of the night for the places he could reach as a performer if he only traded some stoicism for the deeper flashes of emotion that seemed to be brewing beneath the surface. Happy Trendy: get your freak-out on. 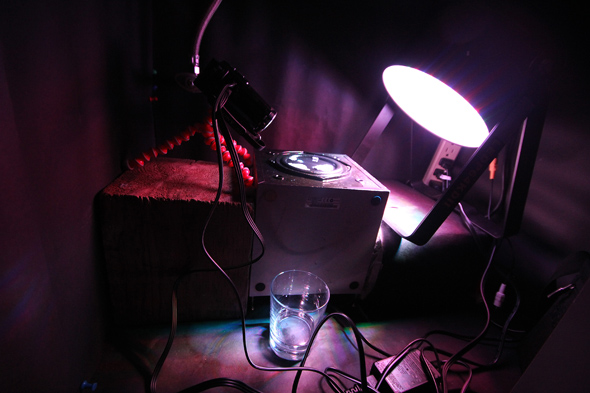 Speaking of emotion, I've yet to see a performer at Placebo Space not gush about the venue, and this evening was no different. I'm hoping to see a lot more of Yunior Marino's "place for the five senses" in 2012.