Another Toronto area mall's days may be numbered, with a development application in the works to redevelop a portion of Bramalea City Centre at 25 Peel Centre Drive in Brampton.

A development application is revealing plans to tear down a portion of the mall, including space formerly occupied by a former location of the now-defunct Sears Canada department store, likely the first phase in a long-term redevelopment of Bramalea City Centre. 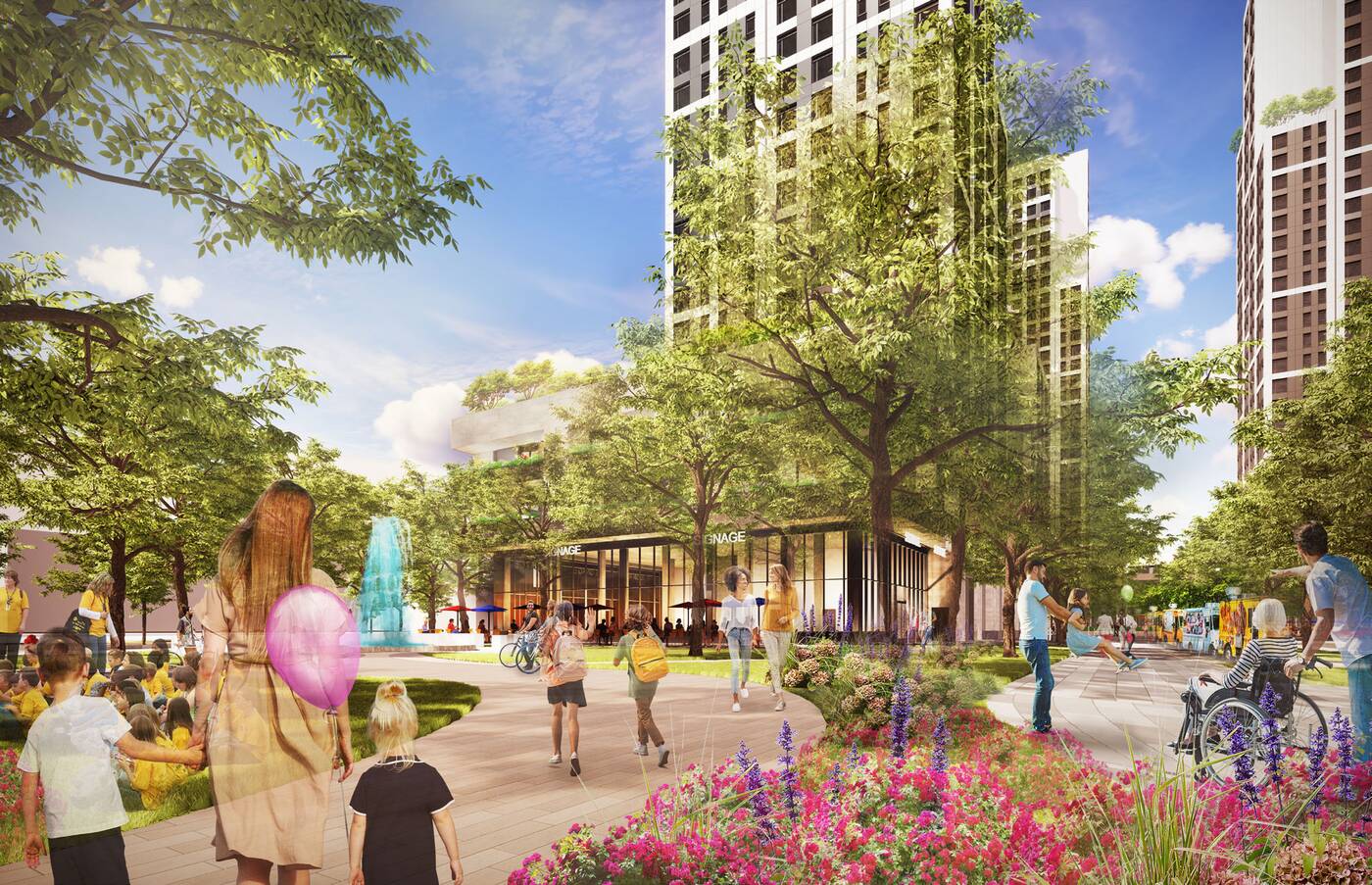 Developer Morguard proposed to replace the existing Sears and adjacent areas of the mall with a group of five new buildings, including four rental apartment buildings, a commercial building, and a new urban plaza. 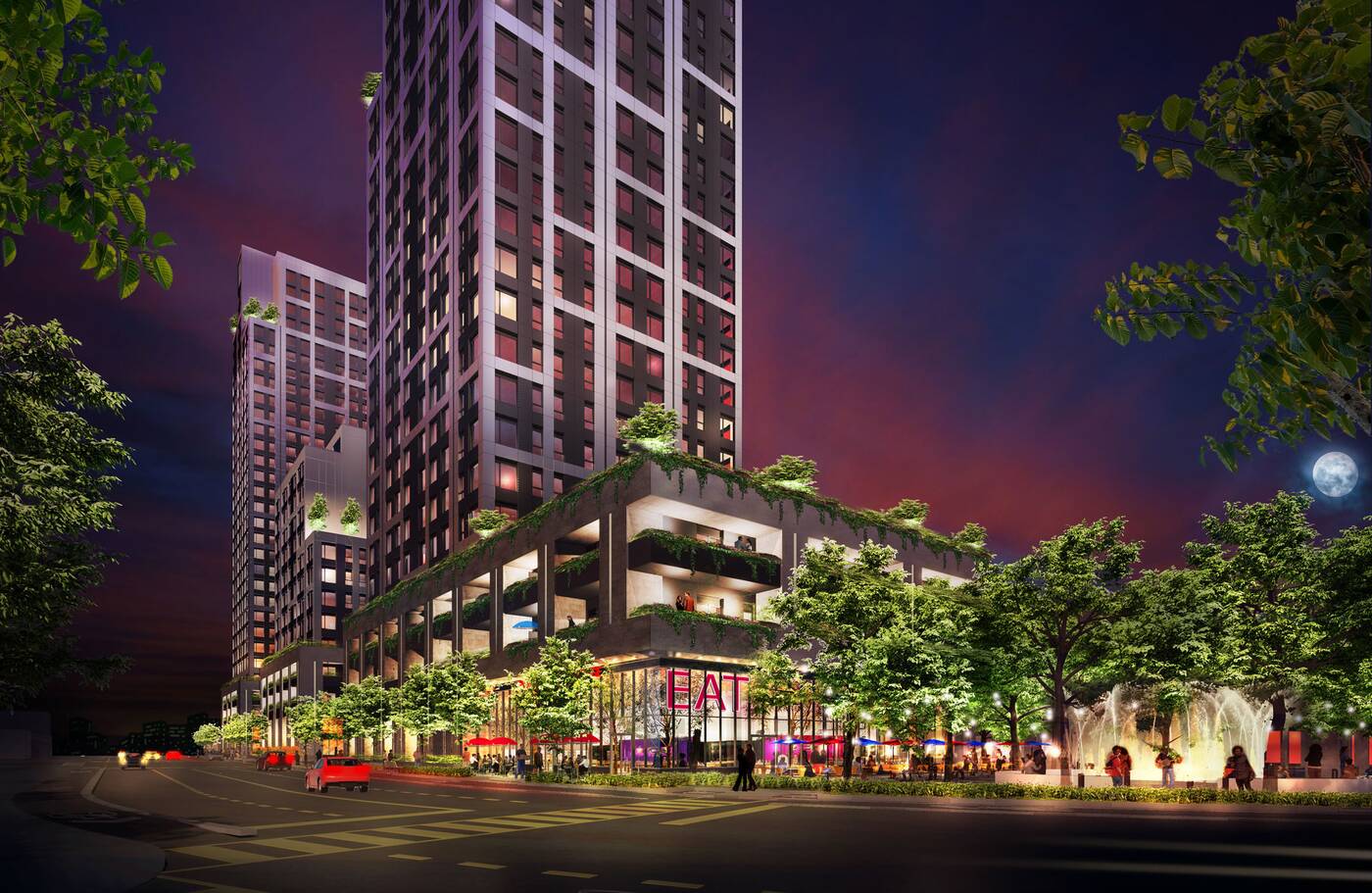 Designed by architects ARK—Petroff, the group of buildings will add roughly 1,000 new rental apartments to the area along with approximately 650 square metres of commercial space, anchored to the street grid via a new public space. 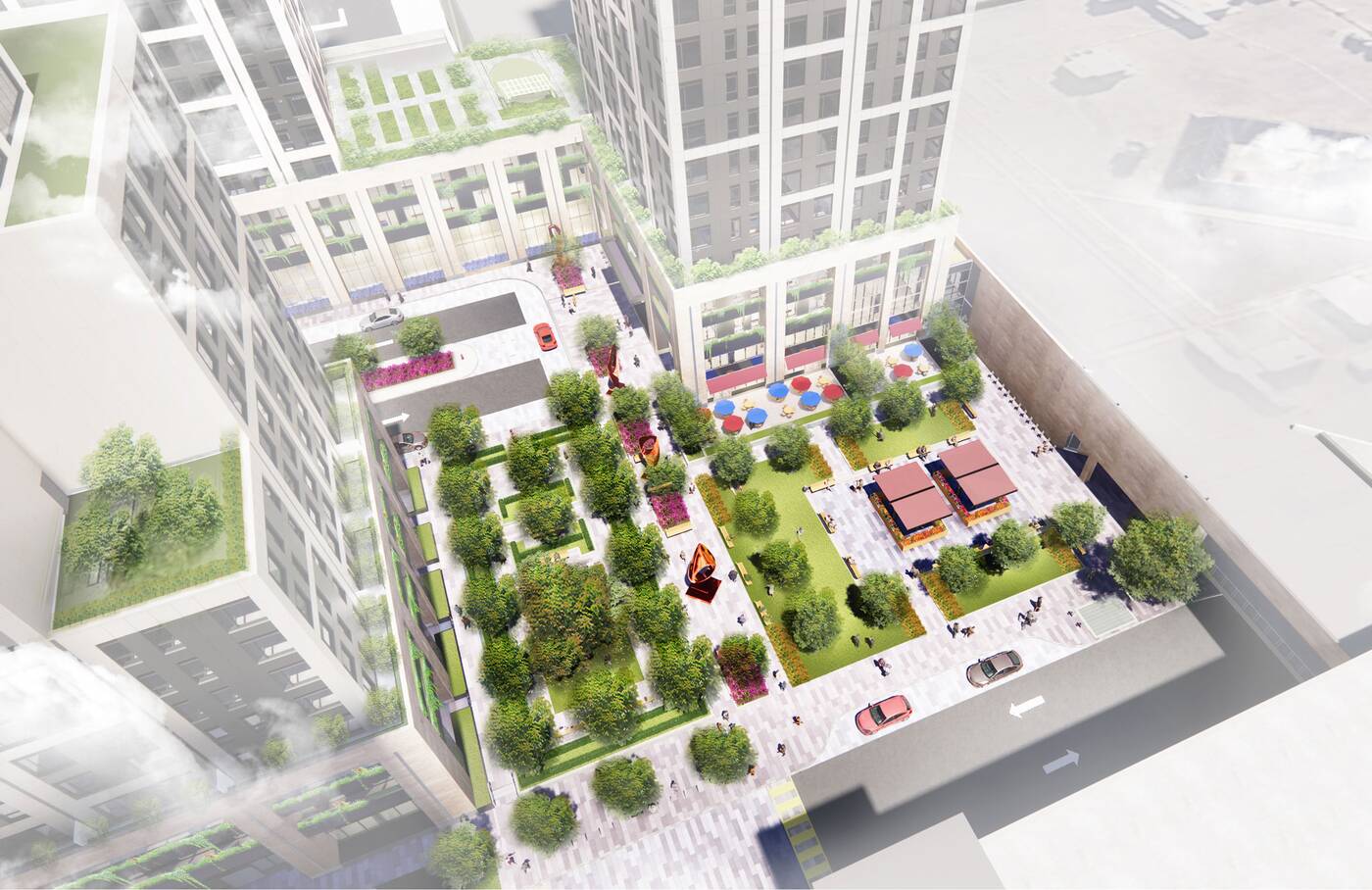 In an unusual arrangement, the proposal intends to make use of the adjacent shopping mall parking lot, in addition to a new-build two-storey underground parking garage beneath the towers, housing 360 parking spaces. 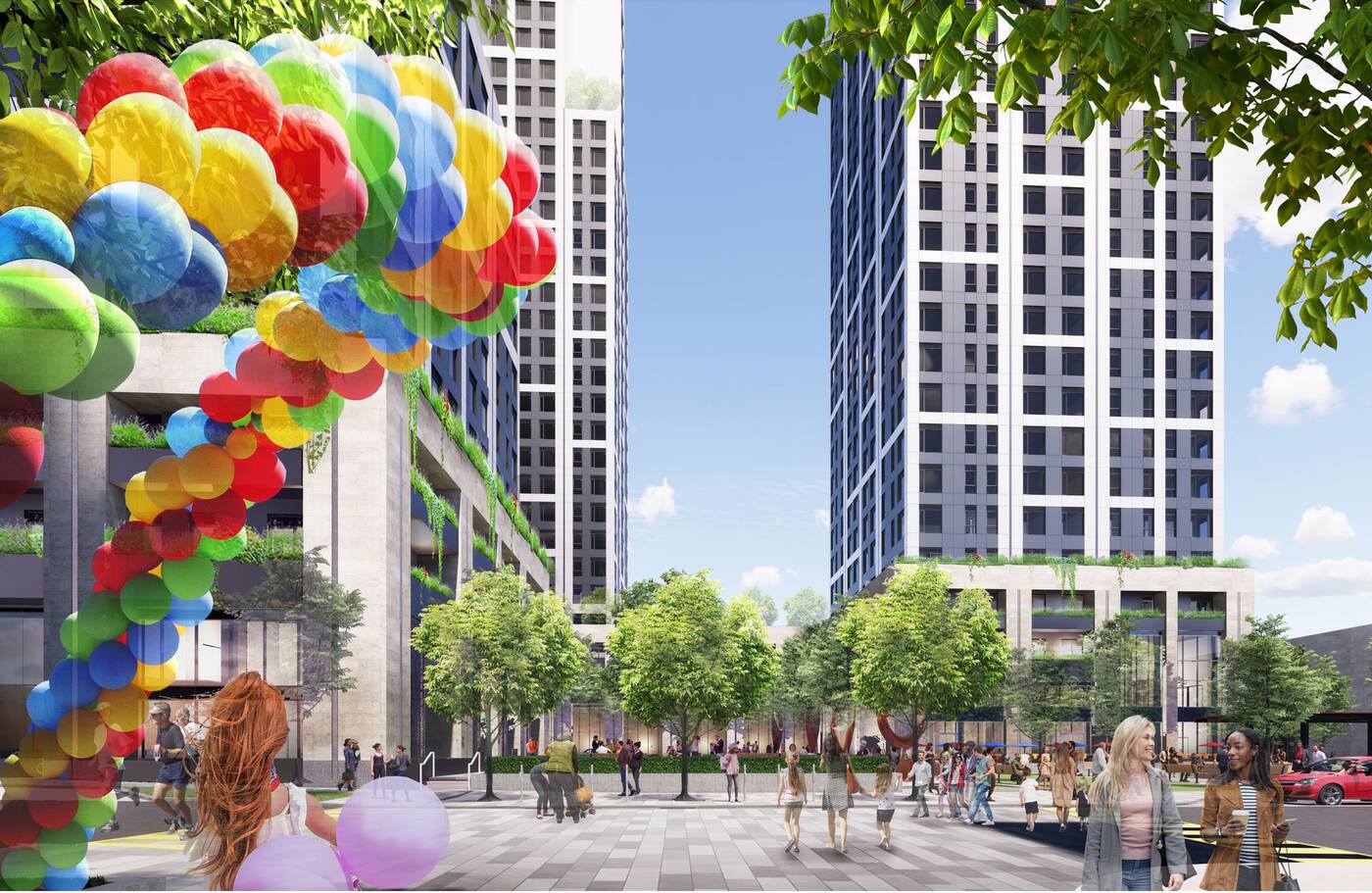 The plan only accounts for a small portion of the existing mall, with the proposal only calling for the redevelopment of 1.4 hectares of the property's total 33.2 hectares. 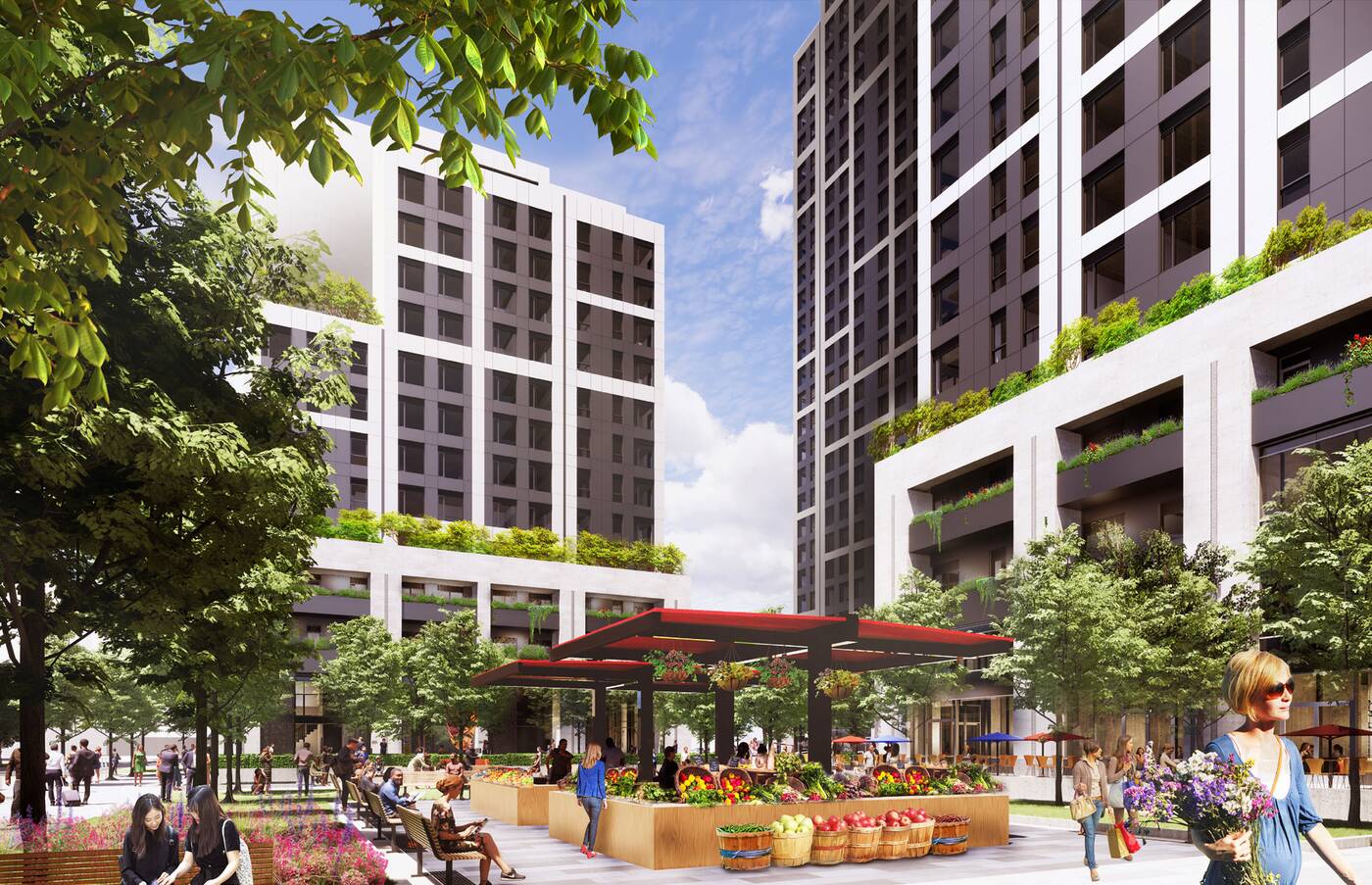 Current long-term lease obligations limit the area of the mall subject to redevelopment, but it appears that the developer is seeking a longer-term redevelopment similar to other GTA malls.

This first step toward mall redevelopment is planned in tandem with a City of Brampton-led project to relocate the existing Peel Centre Drive and partially enclose an existing channel carrying a tributary through the mall site.

A remaining stretch of open channel would get a new multi-use path along its east side to create a new pedestrian path through the site.