It was recently revealed that Centerpoint Mall would be demolished over a period of several years to make way for a new mixed-use community, and it didn't take long for the full scope of the redevelopment to emerge, as details of the project were released by the city on Thursday.

The 1966-opened shopping centre at Yonge and Steeles is the latest mall to announce a sweeping redevelopment plan, though unlike many of its predecessors, this proposal would do away with the retail centre entirely.

Proposed by Revenue Properties Company (which sounds a little too on the nose), a subsidiary of developer Morguard, the community at 6464 Yonge would bring 22 mid- and high-rise buildings as tall as 50 storeys along with rows of townhome blocks to Toronto's northern city limit. 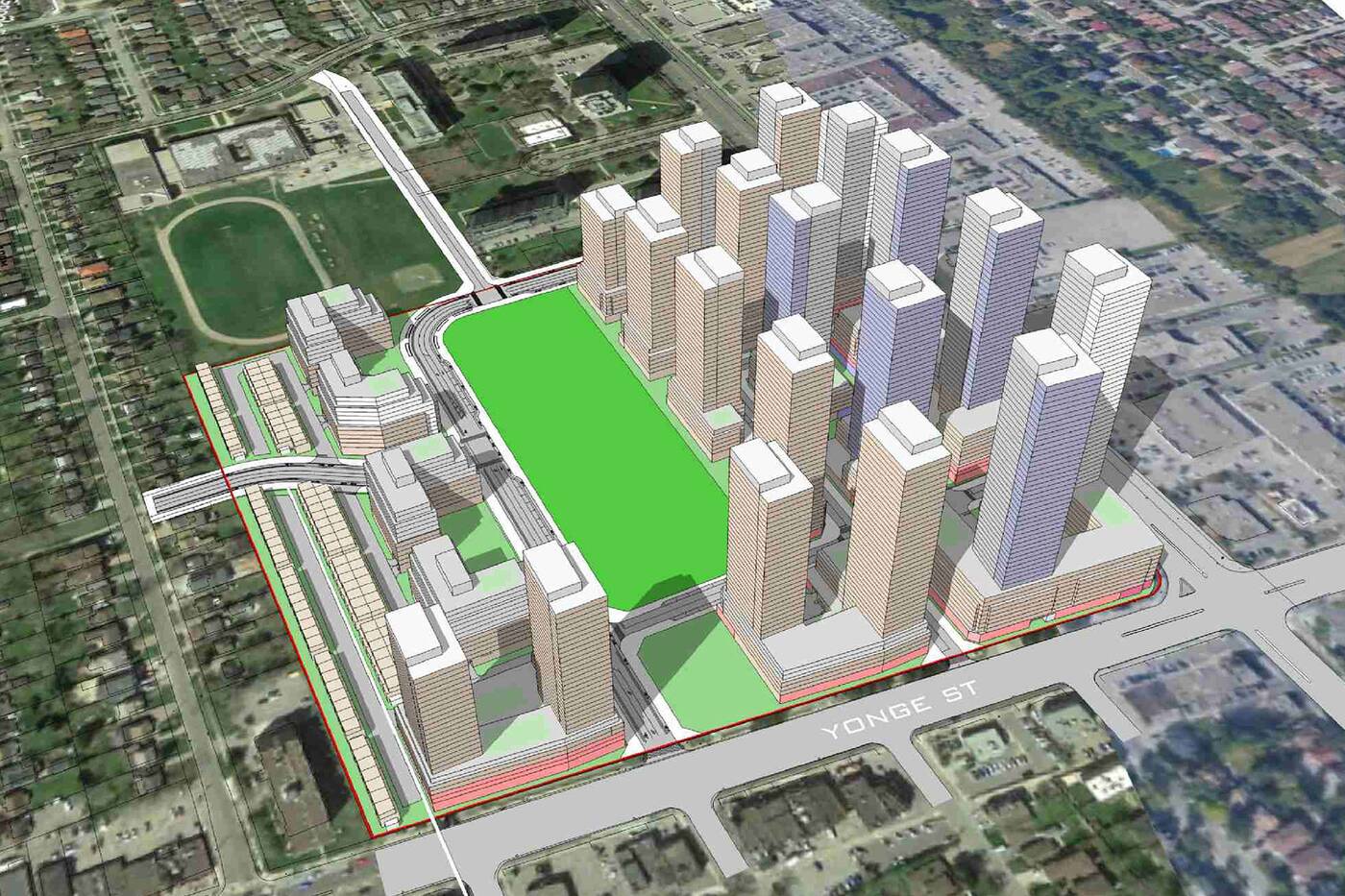 All of this density would be served by a network of new private and public roads plus a 2.2-hectare central public park.

The 2.2-hectare central park would serve as the heart of the community, within easy walking distance of the surrounding development blocks. 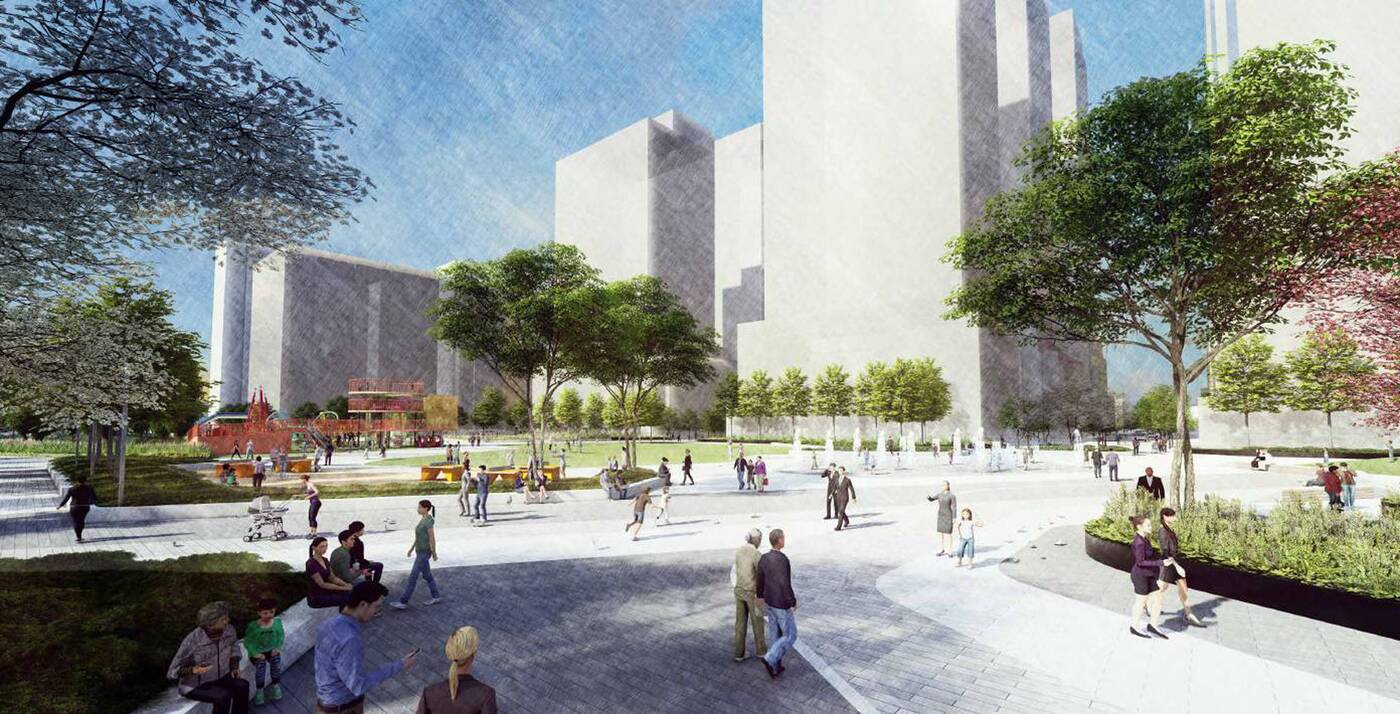 Building designs have yet to be revealed, with the current concept serving as the foundation for the community's layout.

But like any major mixed-use community planned or underway in Toronto, the main driving force behind the project will be residential units, the vast majority of the floor space (over 635,000 square metres) will be dedicated to thousands of new homes.

The developer wants to bring 8,325 residential units with a combined 13,734 bedrooms to the Centerpoint site. Assuming each bedroom has just one occupant (though there will likely be many more inhabitants) that means this single complex would have a population comparable to smaller Ontario towns like Petawawa.

If the undetailed renderings weren't indication enough, the undetermined tenure of these units (marked as TBD) shows that the developers are still working out the specifics of this massive community.

The buildings' designs from Turner Fleischer Architects may not be apparent at this stage, but a central park designed by landscape architects STUDIO tla seems much further along in its design.

Such levels of density would seem unjustifiable just a decade earlier, but with the Yonge North Subway extension planned to bring subway service to Yonge and Steeles, numerous proposals seek to create a mini-downtown around this intersection based on the promise of the coming infrastructure upgrade.

And while the subway extension is the basis for such high density, the development also seems to cater to the car-centric lifestyle typical of the city's outer reaches. Planning documents repeatedly refer to the project as a transit-oriented community, yet almost 7,500 parking spots are proposed in the redevelopment. 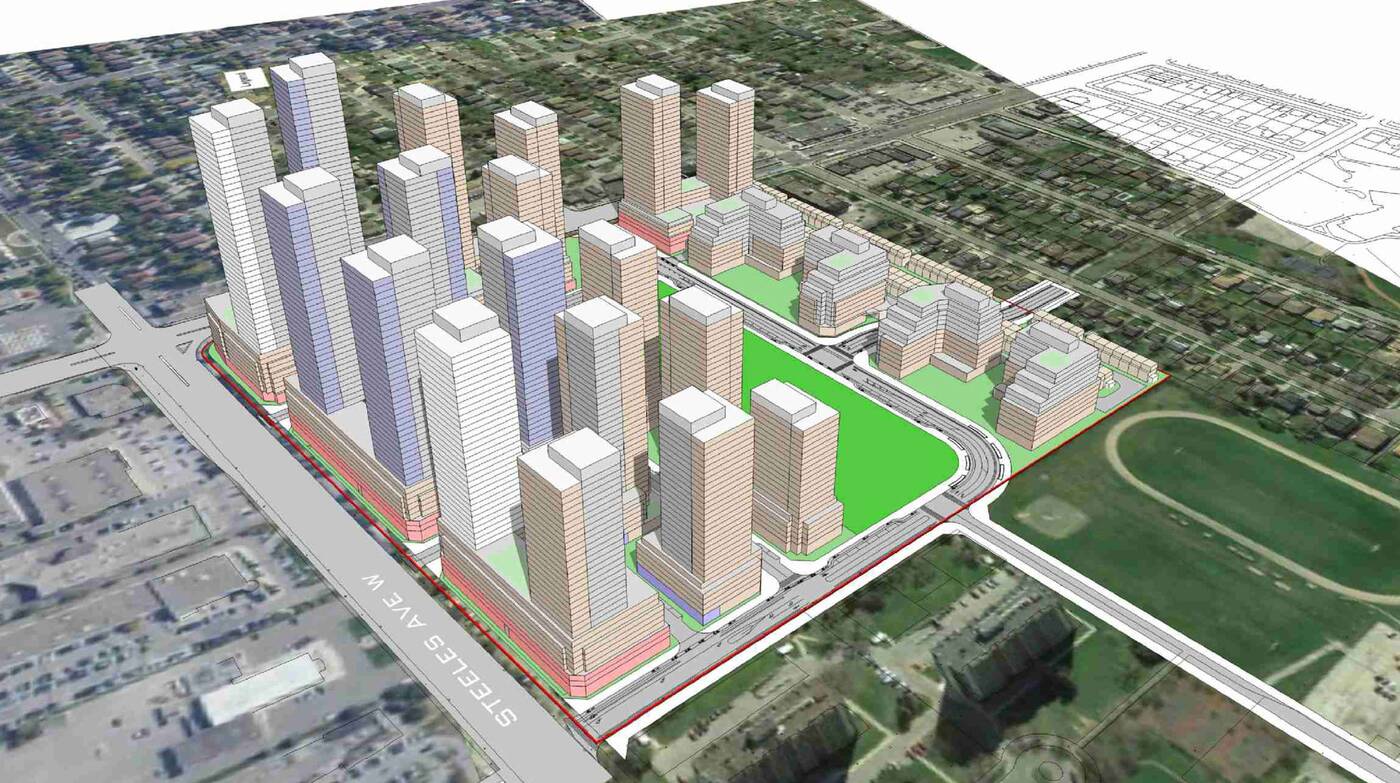 Over twenty new buildings would add to the mini-downtown being planned around the Yonge and Steeles area.

Mall redevelopments are becoming increasingly common in and around Toronto as brick-and-mortar retail has been facing years of struggles as online shopping becomes more convenient, shopping centres dealing with even more challenges with recent rolling lockdowns.

Centerpoint Mall is just the latest in a series of proposed mall redevelopments in the city, with major shopping centres like Scarborough Town Centre, Sherway Gardens, and Yorkdale all seeking to add residential towers, and similarly ambitious plans to transform Square One in Mississauga.