New neighbourhood of the future planned around Square One in Mississauga

And by "downtown," I mean downtown Mississauga — which developers say will become an actual thing if all goes well. 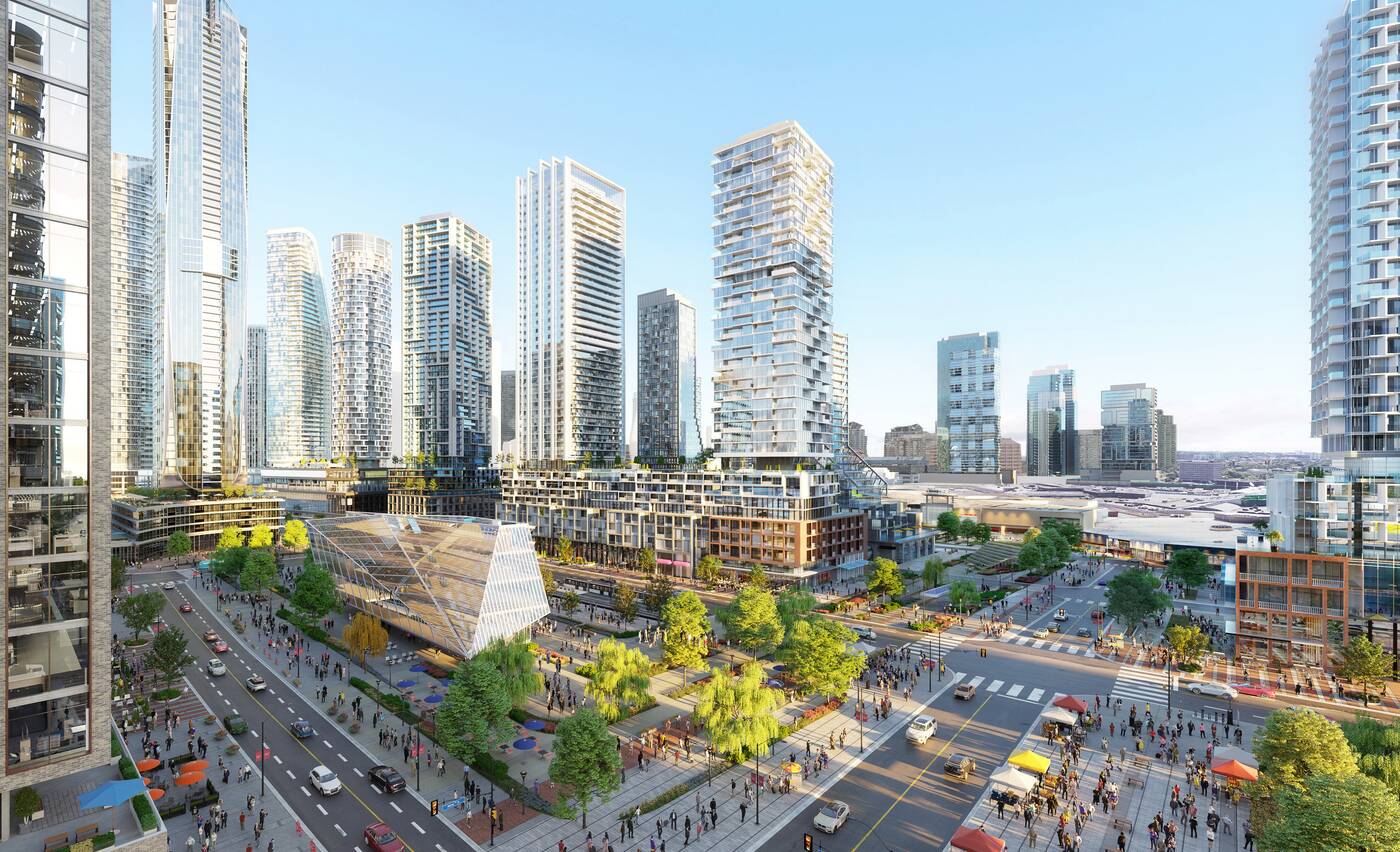 Called Square One District, the development will contain a whopping 18,000 residential units — half of them purpose-built rentals — and enough office and retail space to accommodate a community of about 35,000 people in total.

The goal is to create a vibrant, pedestrian-friendly downtown core in Mississauga with its own parks, community buildings, green spaces, "forward-thinking" offices and a full transit mobility hub connected to the Hurontario LRT and Rapid Bus Transit. 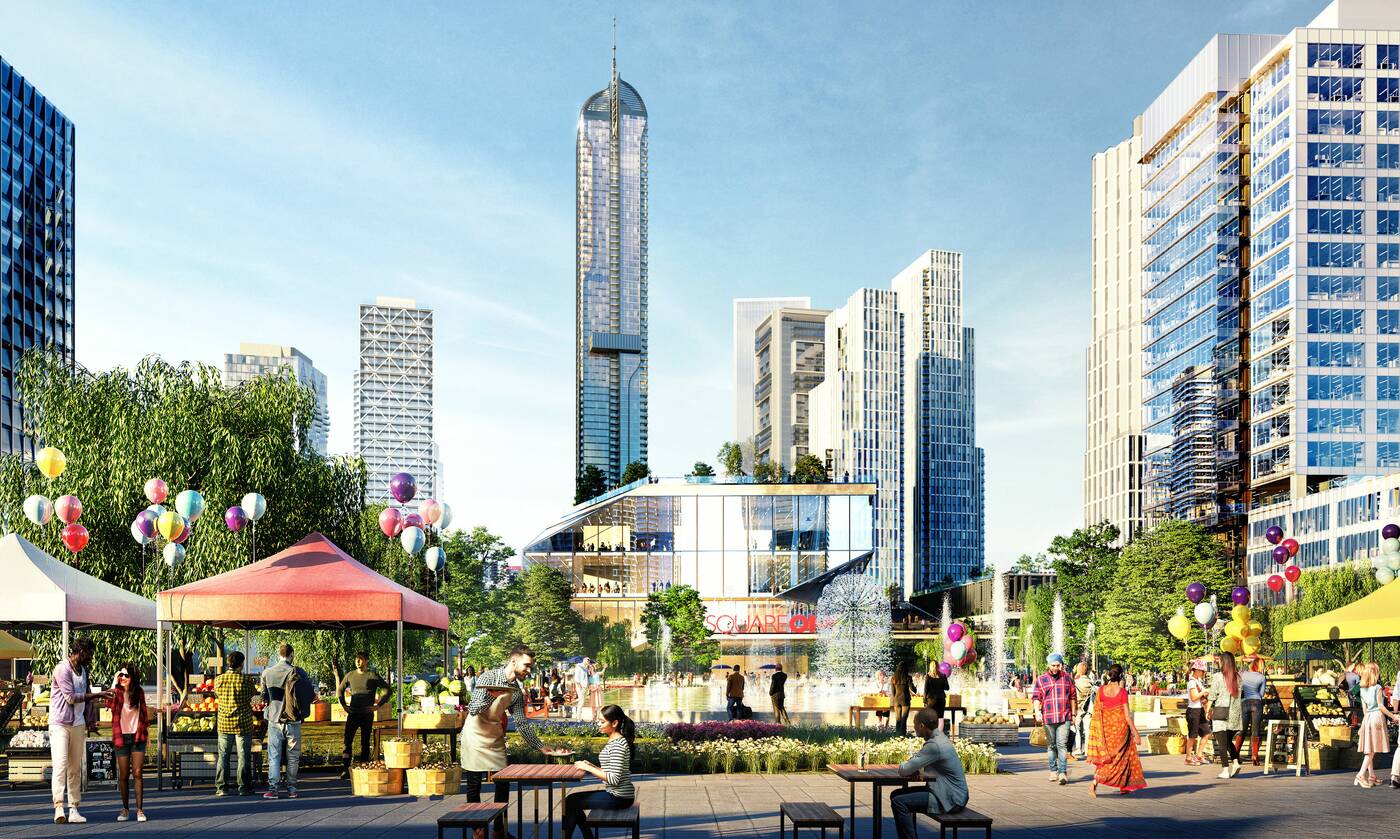 "This is a real opportunity to deliver a walkable, downtown district in Mississauga that gives residents and workers an exceptional array of destination retail, food and entertainment options," said Mark Cote of Oxford in a press release announcing the plan on Tuesday.

"Square One District is about creating a true mixed-use community. We will work collaboratively with the City and its residents to build a vibrant downtown that meets the evolving needs and aspirations of Mississauga for generations to come."

One of those evolving needs is for more affordable housing options across the entire GTA. 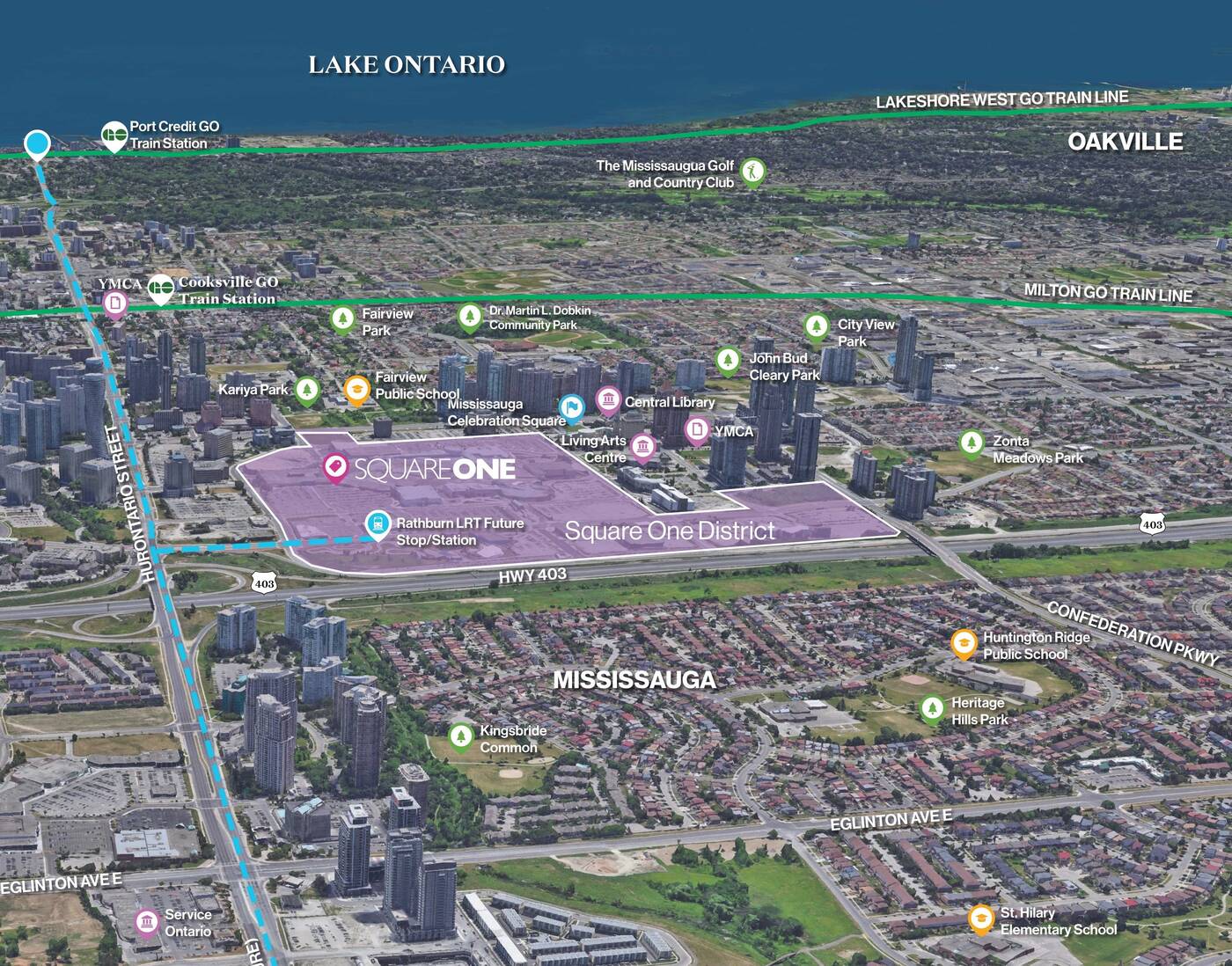 Oxford will tackle this piece of the puzzle first with two new residential towers on the southeast corner of Rathburn Road and Confederation Parkway.

Working with The Daniels Corporation, Oxford plans to build one 36-storey tower containing 402 rental apartments, as well a 48-storey condominium complex with 575 units.

Construction on both buildings is expected to start this summer. 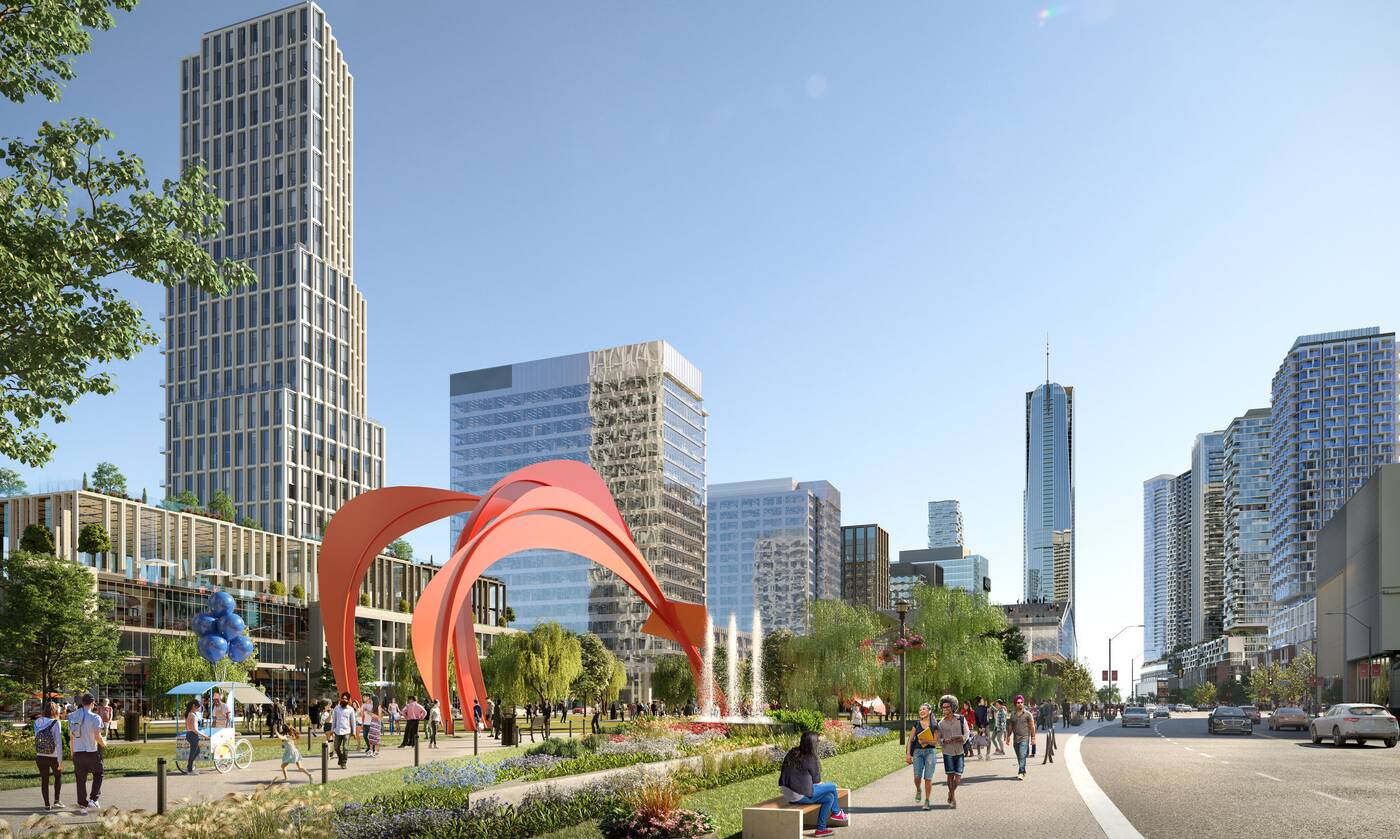 While a timeline for the entire Square One District has yet to be laid out, Oxford bills the project as both "multi-phase" and "multi-decade."

In other words, it could be a while before we see downtown Mississauga 2.0 rise up around the city's biggest mall.

When it does, however, we can expect "a pedestrian-friendly, connected civic space anchored by a transit hub and a community park" to be at the heart of this new district that Oxford says aligns with the City of Mississauga's vision for a vibrant urban core.