A 2017 northwestern extension of the Line 1 subway brought Toronto's rapid transit network beyond the city borders for the first time, and it's about to happen again.

The Yonge subway's current northern terminus at Finch will soon just be another stop on the line, with an eight-kilometre extension in the works that will bring the line north from North York into Markham, Richmond Hill and Vaughan, adding four new stations to Line 1.

Metrolinx's Yonge North Subway Extension is actually closer than you might think, with a 'Request for Qualifications' issued on Tuesday that seeks bids for the first steps in constructing the infrastructure upgrade. 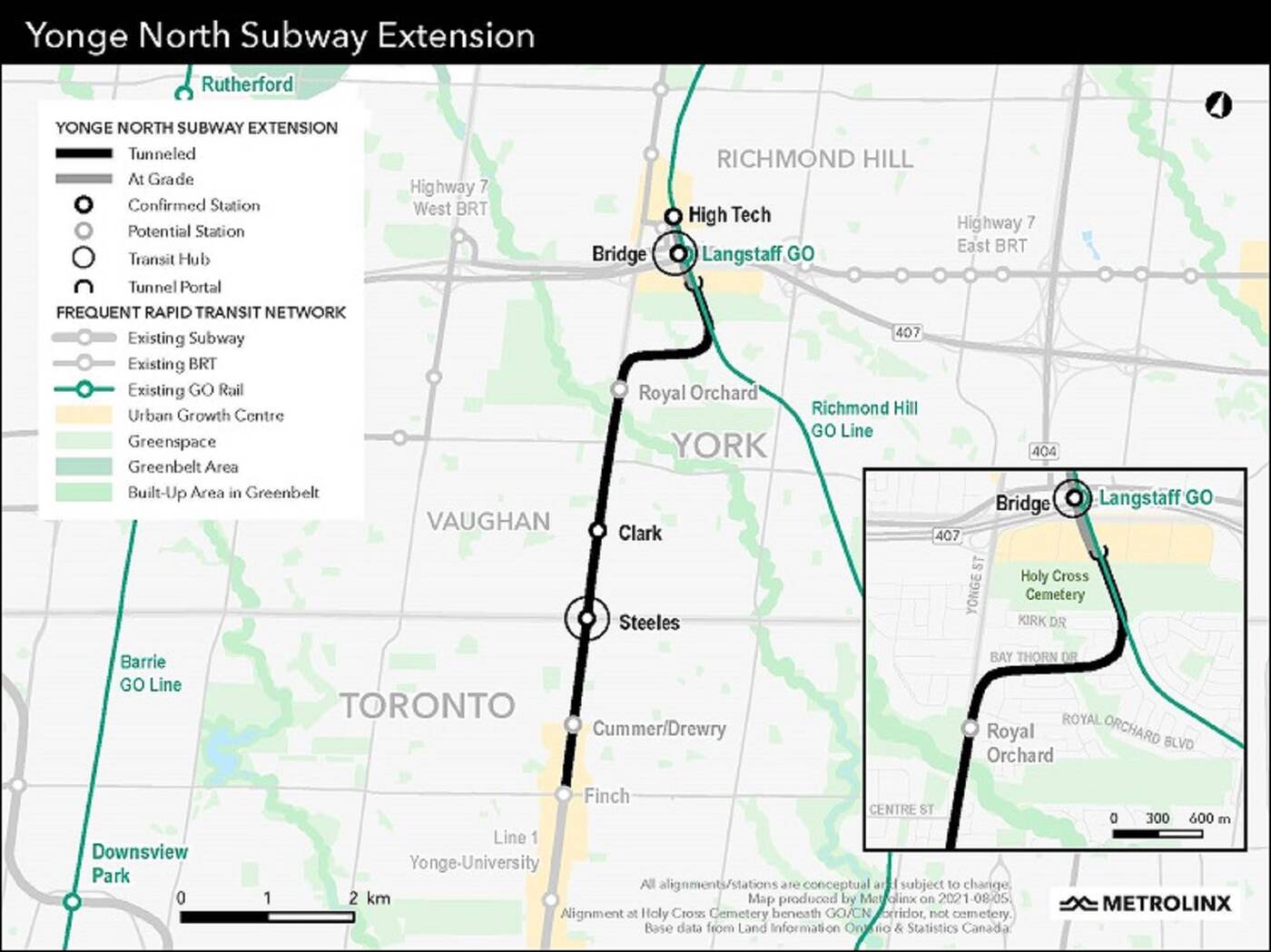 Route of the Yonge North Subway Extension. Image via Metrolinx.

Before the line's extension can be carved out — major construction set to start in 2023 — early preparatory work is planned to begin in the fall of 2022 in and around Finch station.

This project stage will involve modifications to the existing tail tracks, a dead-end stub at the current end of the line where trains are temporarily parked when not in use. These tail track areas — destined to be integrated into the extended tunnel — will have new sprinklers, cables, communications, and support systems added.

Other hidden work at Finch Station will include upgrades to rooms housing transformers and electrical equipment to accommodate new cables that will be needed to power the line's extension.

But the most visible and inconvenient work will be happening at street level, and these upgrades to the electrical system that powers the subway's third rail could be pretty disruptive.

A stretch of heavy-duty cables will need to be installed underground between the station and a traction power substation to the north on Hendon Avenue, plus the addition of a new fire department connection at the Yonge and Hendon intersection.

The bidding process for these first steps in construction begins next year.