The planned Yonge North subway extension is still a decade away but it may already be falling short of expectations.

Metrolinx released an initial business case for the new subway stops on Thursday morning that among other things recommended there only be up to four stations total, down from six.

The proposal calls for two primary stations to be built at Steeles and at Richmond Hill Centre or just south of Highway 7, with one complementary urban core station in either Langstaff or below High Tech Road.

These three stations would cost an estimated $5 billion, with every additional station expected to cost about $500 million. With a $5.6 billion budget, even four new stations is looking unlikely. 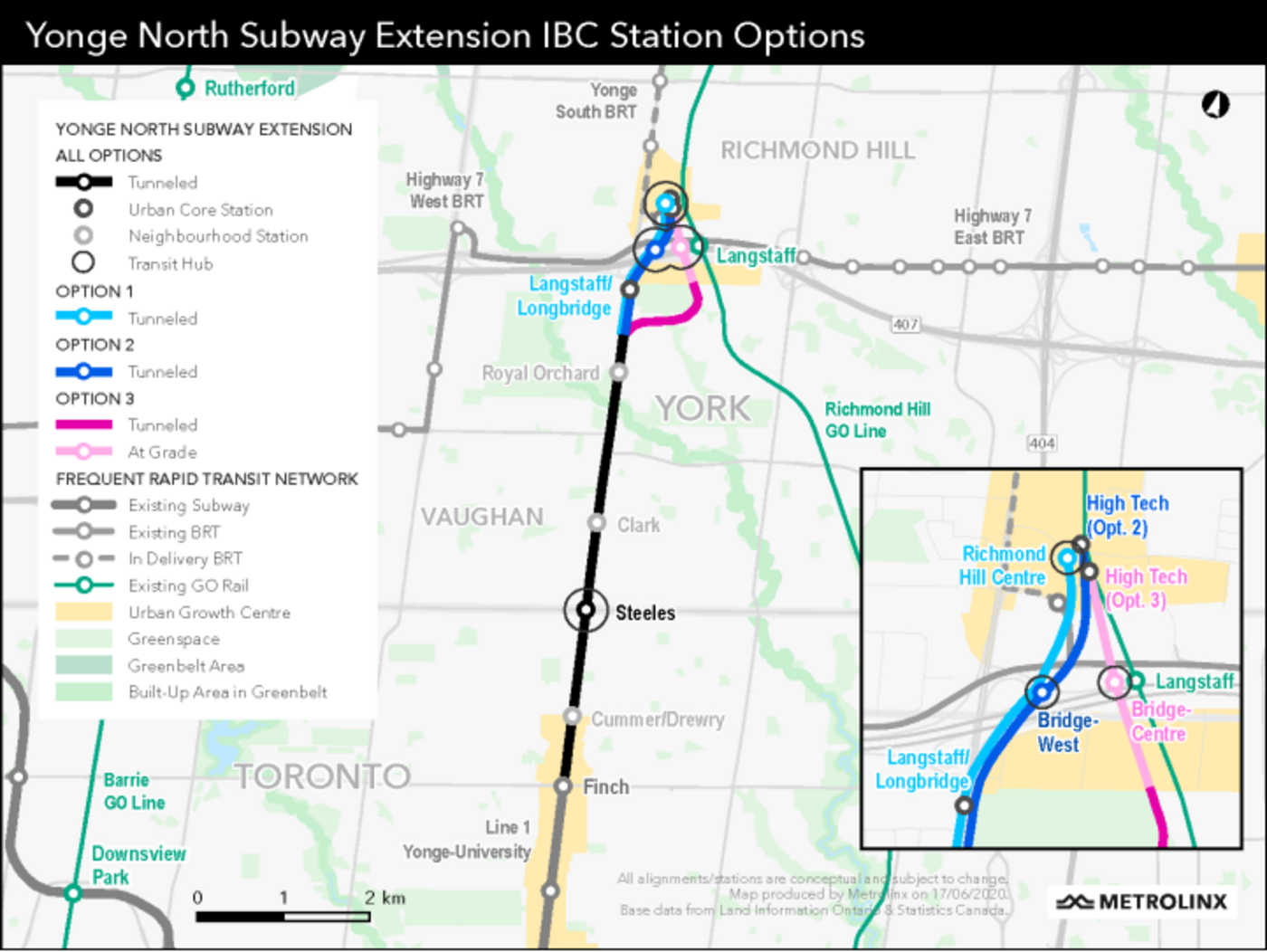 A Metrolinx map shows the location of new stations.

"We deliberately created a network connection with the Richmond Hill GO line as this will serve future communities extremely well," he said, "including routing the alignment through two very important development areas in the Richmond Hill town centre."

While only three or four new stations may sound disappointing to many people, especially for a project that is not scheduled to be completed until at least 2030, Metrolinx says it is not ruling out further expansion.

"We have also developed the subway extension such that it can, in the future, be extended further north into the Region York even as far as Major Mackenzie," Verster said.

Even in its abbreviated form, Metrolinx expects the extension to serve about 100,000 daily riders including 4,900-8,500 new daily transit users.