The mid-century shopping mall, once a cornerstone of development in Toronto outside of the densest downtown areas, is set to become an endangered species, if it doesn't already deserve such a designation.

Throughout the city, midsize retail plazas and shopping malls are feeling the pressure of redevelopment as Toronto's population grows and its urban core intensifies. The one that's drawn the most attention is surely the Galleria Mall, but it's just part of a wider trend.

As retail powerhouses like Yorkdale repeatedly expand and power centres continue their rise on the outskirts of the city, many old school neighbourhood malls are in crisis. The divide between have and have-not shopping centres is growing rapidly. 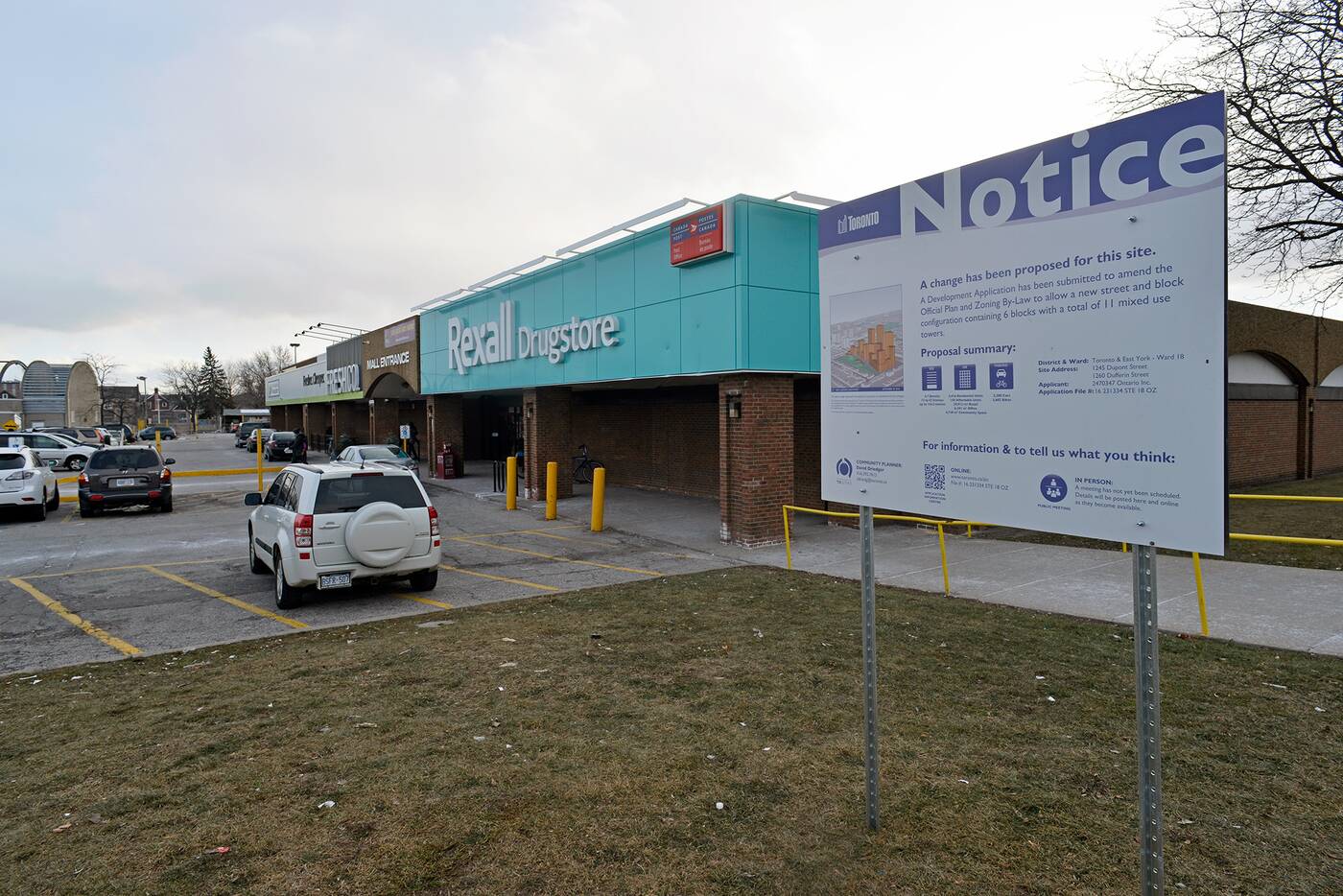 This isn't a Toronto-specific development. The New York Times recently wrote about the challenges facing American malls as traditional anchor tenants like Sears and Macy's make their retreat across the country. Often it's just not possible to fill the vacant spaces they leave with new tenants.

Part of this is a design issue. Shopping centres built in the 1960s included massive spaces for department stores. As these close due to changing retail trends, re-purposing the square footage isn't always possible. Popular corporate brands are stringent about the locations they're willing to occupy.

The Galleria managed to land a Planet Fitness in the space once occupied by Zellers, but this was one of the discount retailer's smaller locations (part of the reason it never became a Target). Try putting a fitness centre in a sprawling Sears location. Even a big one wouldn't take up a whole floor. 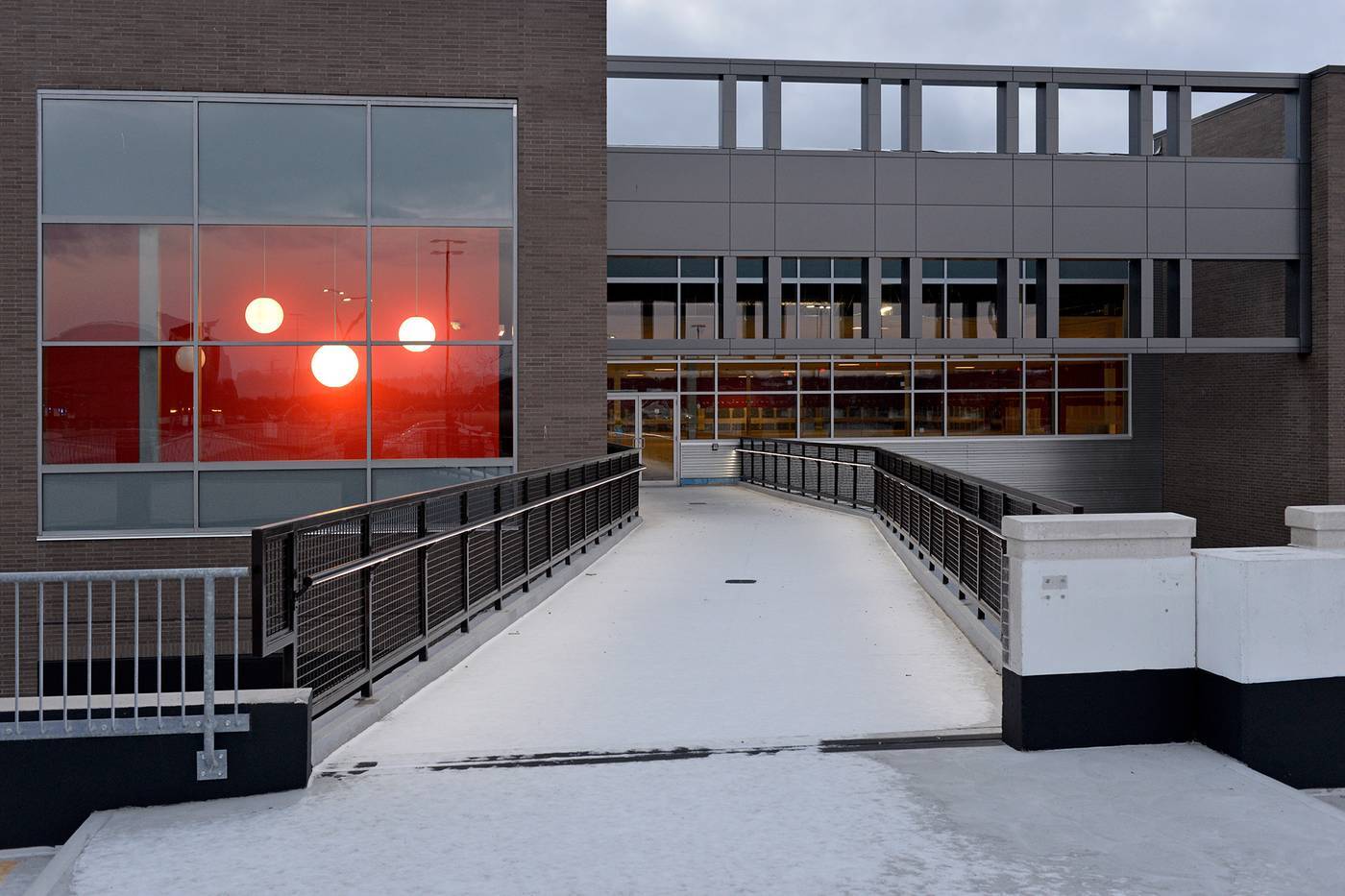 The former Target location at the Stockyards is still empty. Photo by Derek Flack.

That's just one of the problems that's faces malls that lost Target locations. Even the Stockyards, a mall-power centre hybrid with lots of prime retailers, hasn't been able to fill the space vacated when the American chain gave up on its Canadian experiment (a Nations supermarket is promised but has yet to materialize).

Still, Etobicoke's Honeydale is Toronto's only dead mall. Others hang on as valuable community hubs even in the absence of in-demand retailers. Over and above Planet Fitness, for instance, the Galleria remains viable in the face of redevelopment because of useful stores like Rexall, Dollarama, the LCBO, and Freshco.

These mini-anchors bring the necessary foot traffic to keep the mom and pop shops afloat, if barely. 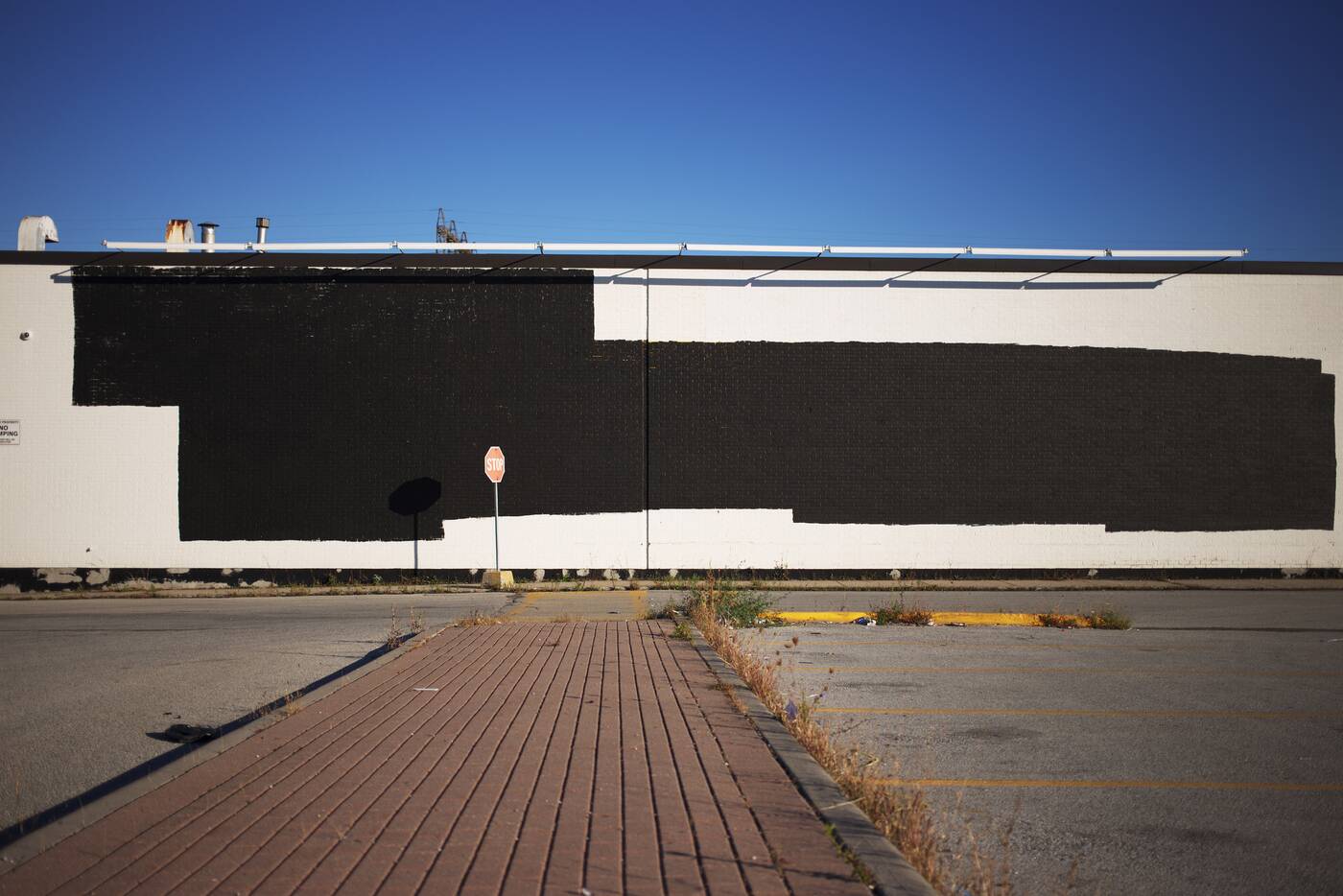 Honeydale Mall's fate was sealed, on the other hand, when the No Frills location packed it in, leaving area residents no reason to visit the half occupied shopping centre back in 2013. While redevelopment plans are stalled here, they won't be forever.

With the speed that Toronto's growing, there's not much room for dead malls, something which is a blessing rather than a curse.

There's a strong argument to made that mid-century shopping malls should be converted to mixed use developments before they become irrelevant blights on the urban landscape, though there's always a cost when novel local retailers are forced out by raised rents. 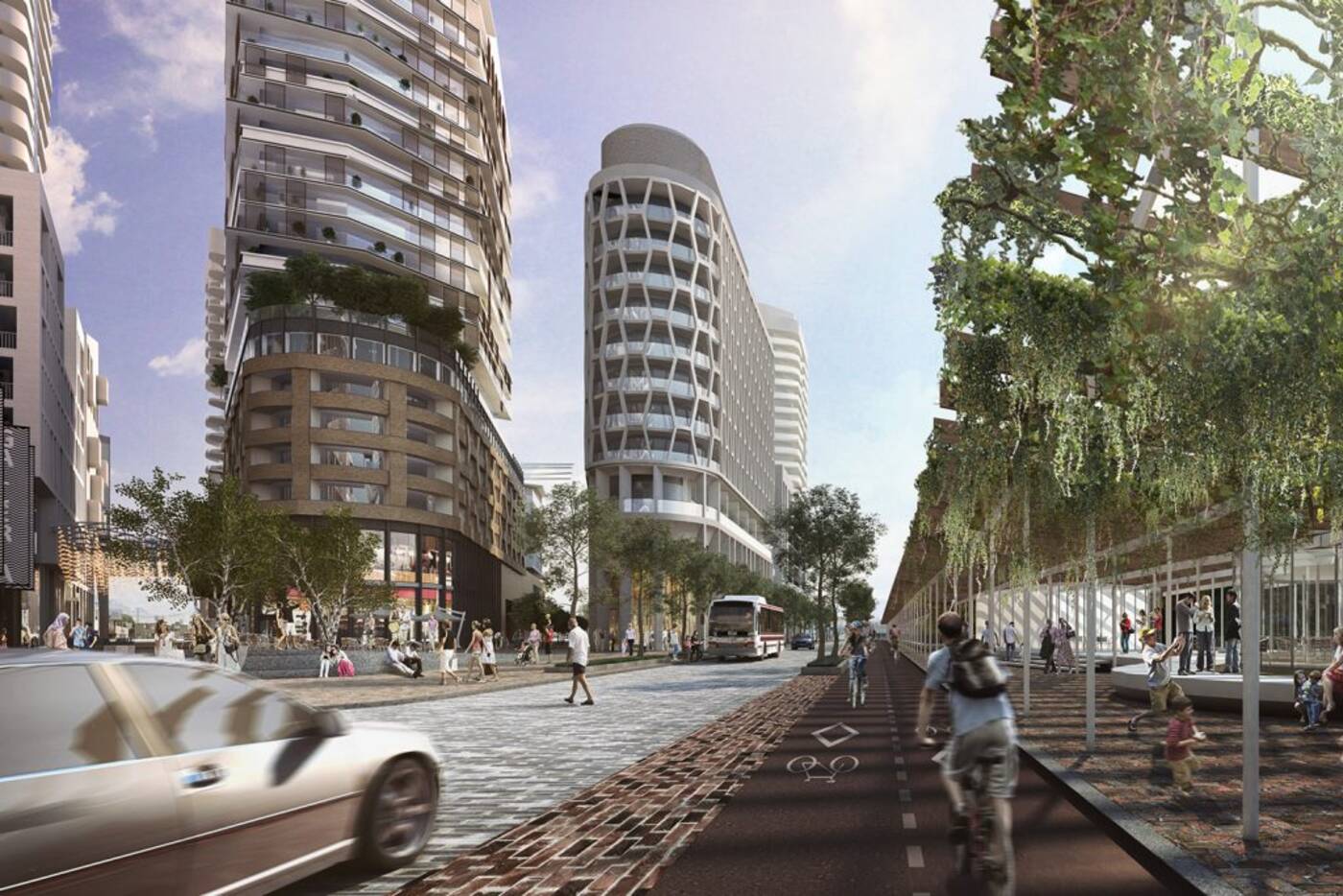 Toronto's white hot real estate market makes certain malls very attractive to developers. This is the case with the Galleria, which is still a bustling place most days of the week, even if it sometimes feels like a time warp back to the 1970s.

The location and value of the land for condo redevelopment with ground level retail is just too high. Nowhere is this more obviously on display than along Eglinton Avenue East in Scarborough.

A slew of redevelopment proposals here call for a total re-working of the suburban landscape into a series of mixed use developments marked by high rise towers and ground floor retail. 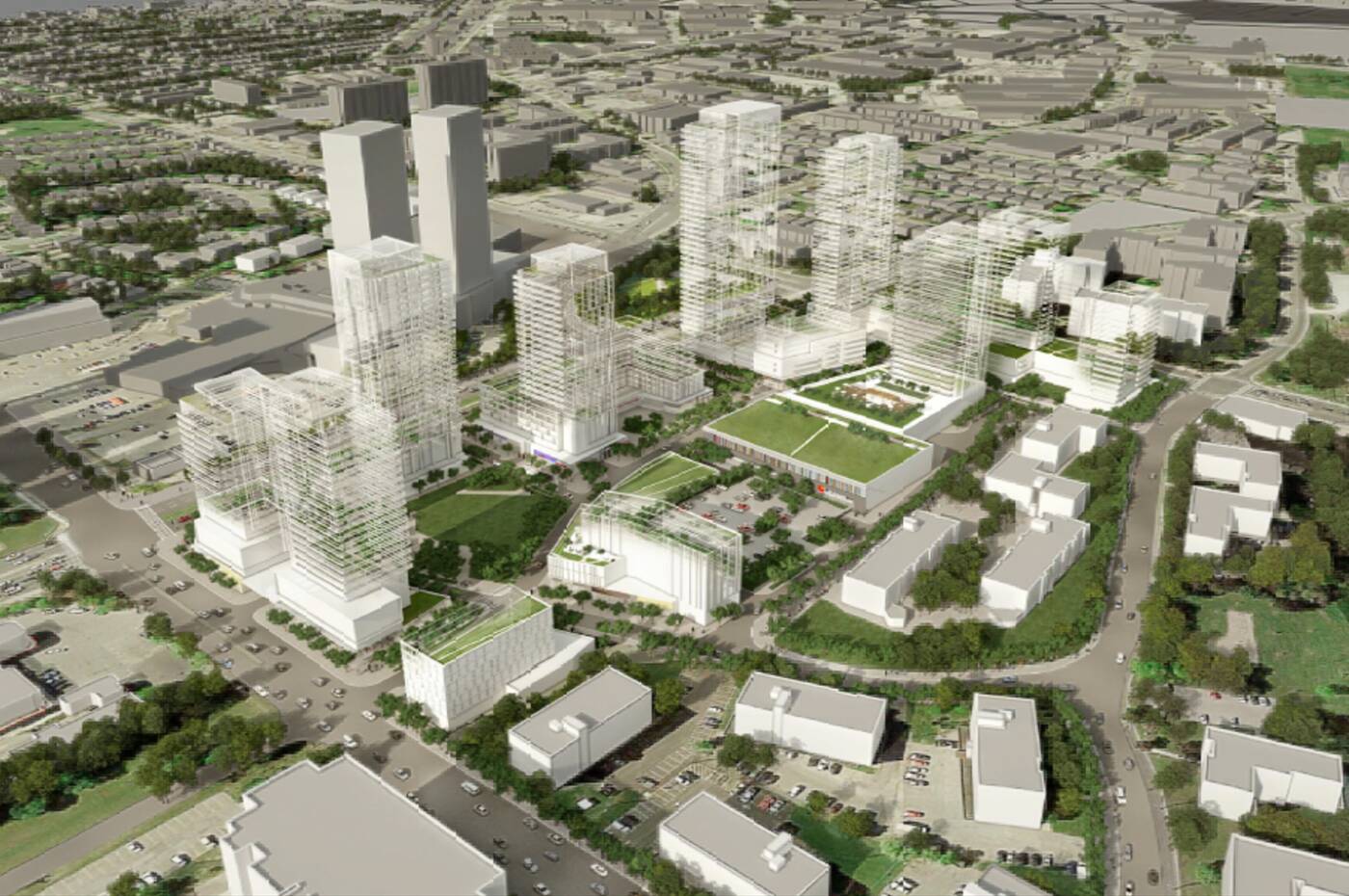 In 10 years, Eglinton Square and the Golden Mile Shopping Centre will likely have been replaced. Should these proposals be approved by the city, you can bet that a trickle effect will lead to redevelopment of other shopping plazas found between them.

What's more remarkable to imagine is how many other aging shopping malls will be earmarked for redevelopment over the next decade.

With its prime location directly across the street from a subway station, you'd imagine Lawrence Square would be a target. Ditto for Shopper's World at Victoria Park and Danforth, though it might take longer to happen.

Other than mega shopping centres like Yorkville and Fairview, all of Toronto's mid-century malls are potential targets for intensification as the urban population grows, the retail scene shifts, and the housing market soars.