The Jane and Finch area is set to benefit tremendously from the coming Finch West LRT. This under-construction transit line promises a wave of new investment in one of Toronto's most marginalized neighbourhoods.

Big plans are in the works right at the area's main intersection, as a new development proposal hinting at a long-term redevelopment will eventually see the demolition of a neighbourhood staple, Yorkgate Mall.

A February application with city planners outlines a plan to construct a single residential tower on an area of the surface parking lot northwest of the mall, at 1 York Gate Boulevard. 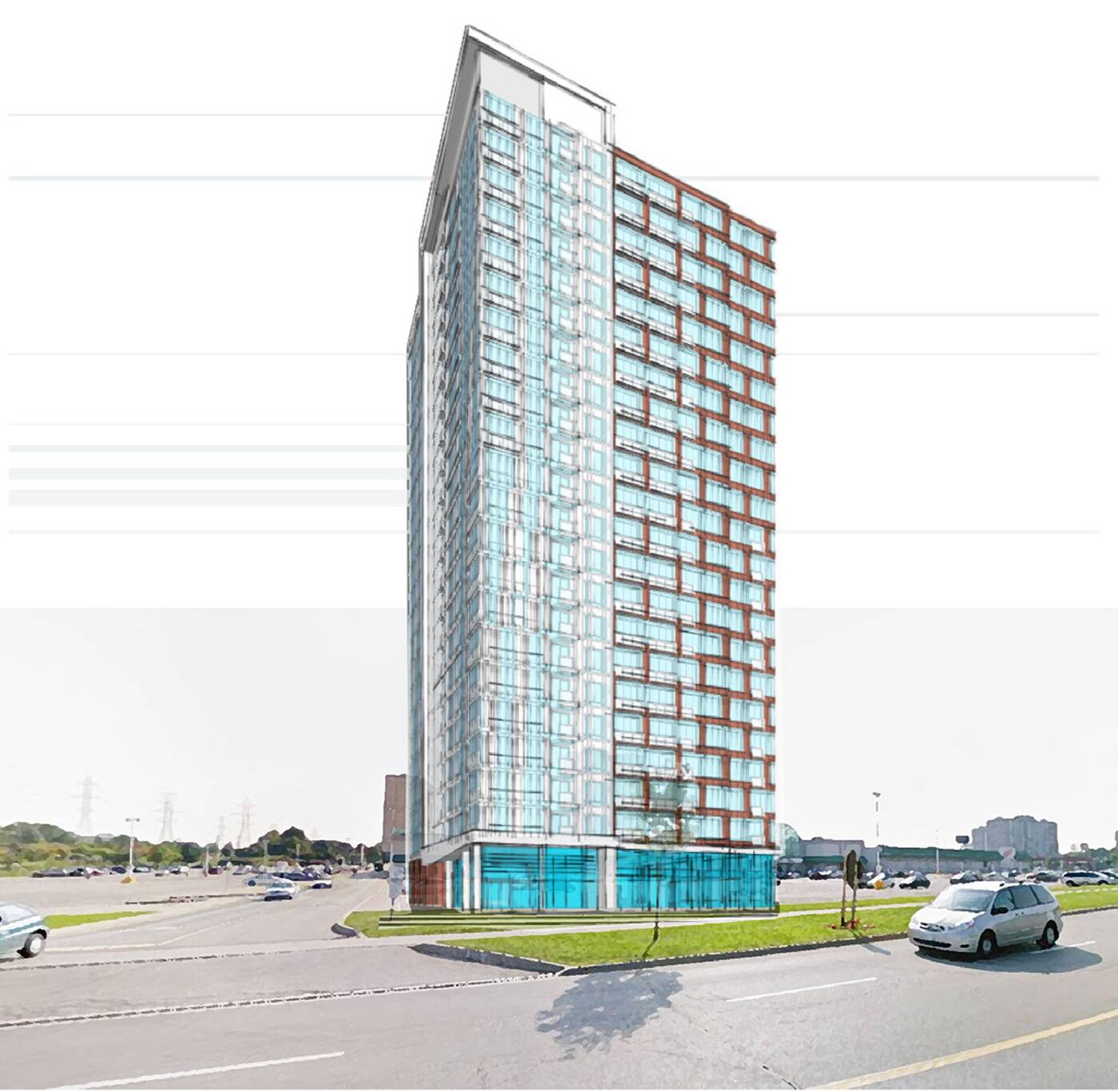 And while this is just one tower on the surface, a deeper dive into planning documents reveals that this is merely the first in a long-term plan to build out the entire Yorkgate Mall site over the next decade and beyond. 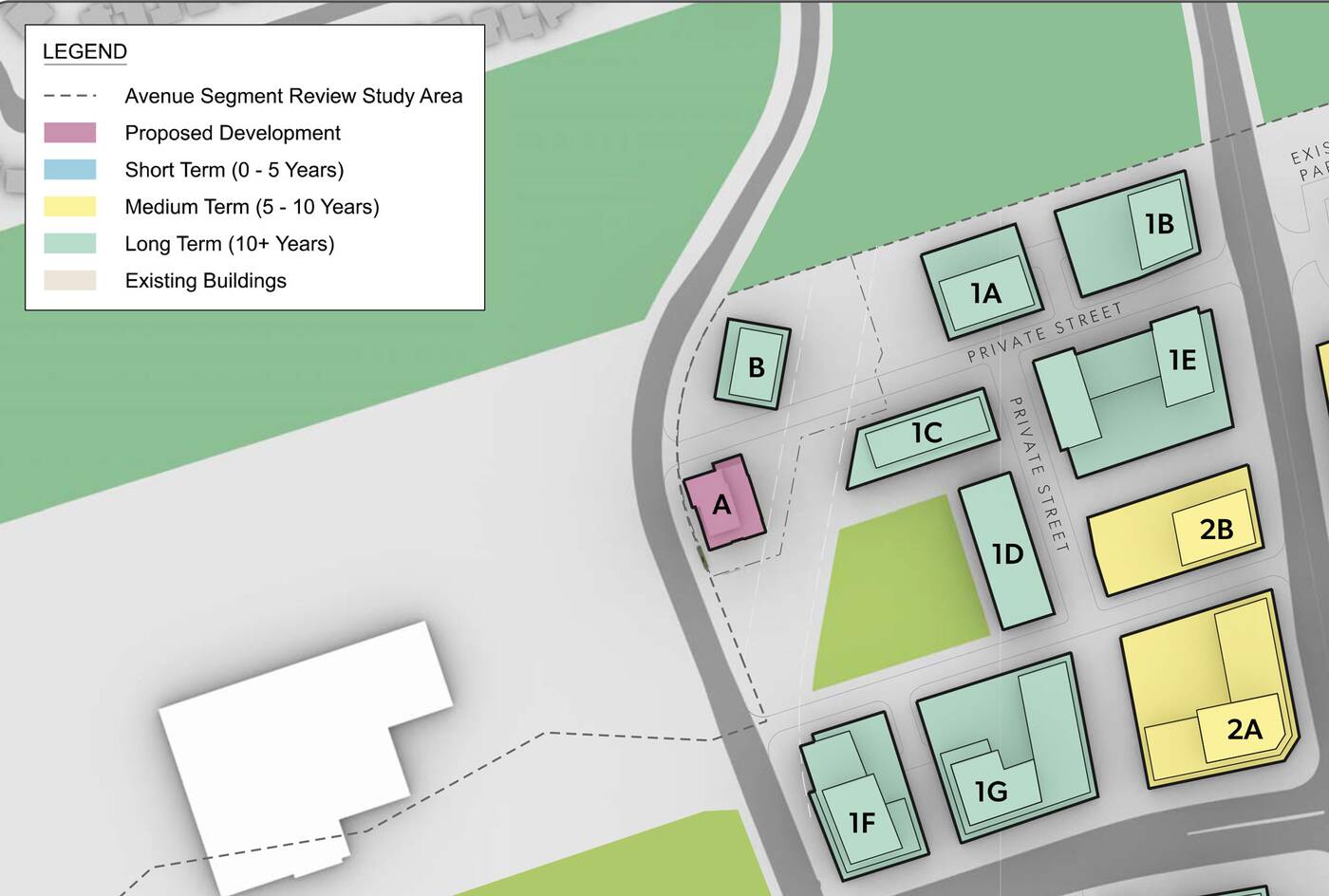 Owned by SmartCentres, the Yorkgate Mall redevelopment is just the latest in the retail giant's plans to intensify or replace their low-density shopping centres and big box stores with high-density mixed-use communities. 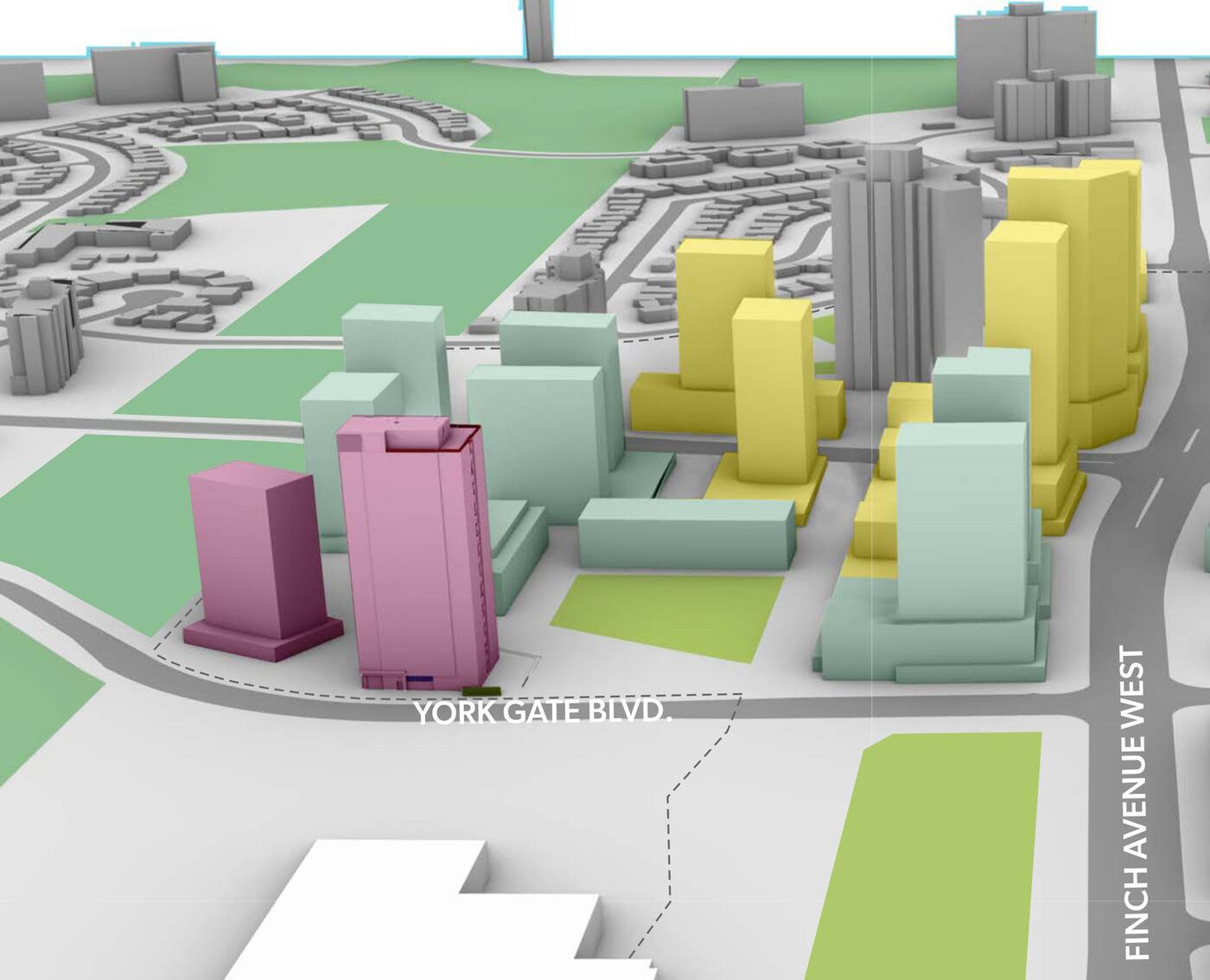 For the first tower on the mall property, SmartCentres has enlisted Petroff Partnership Architects to design a 22-storey rental building containing 294 units. 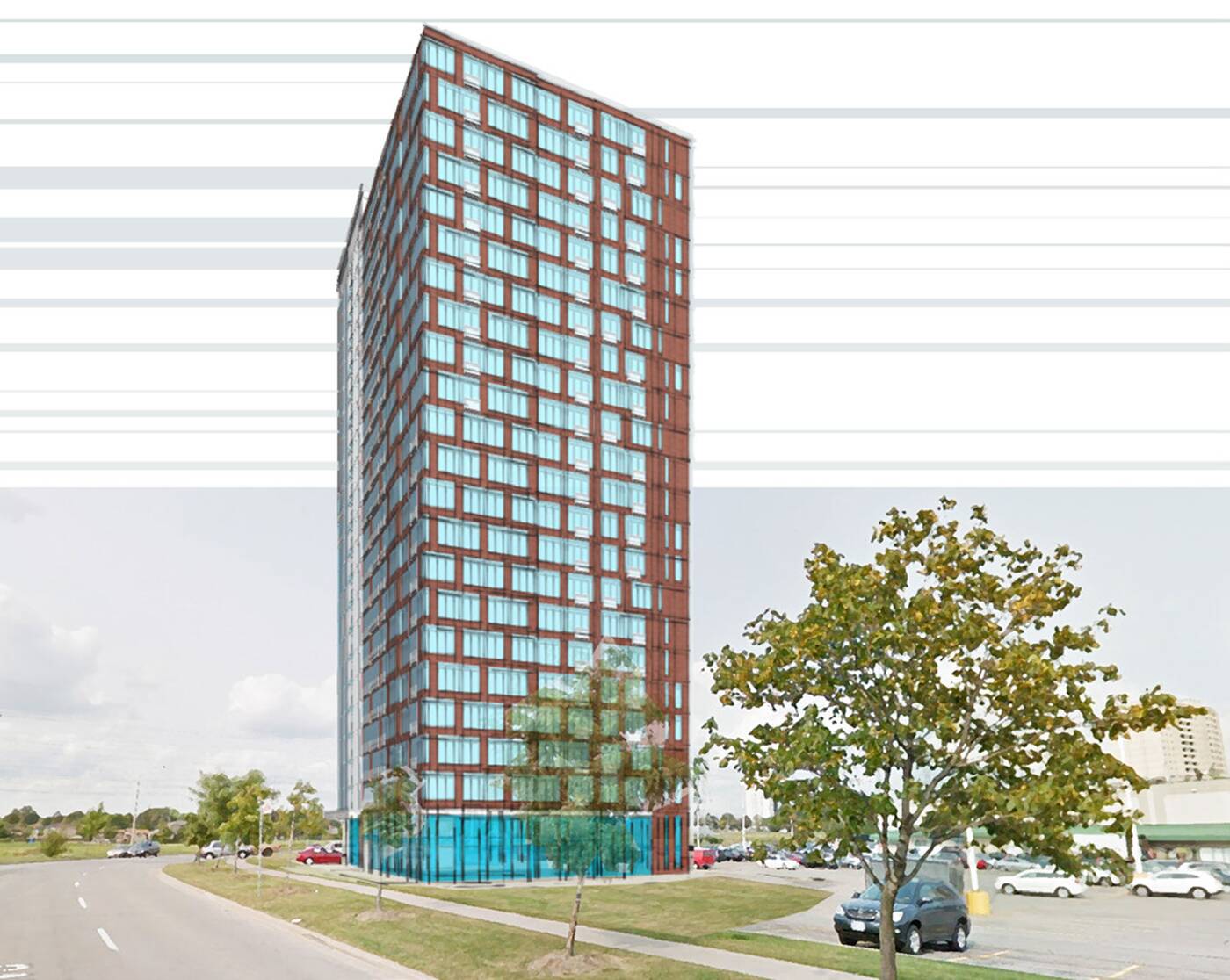 The renderings are pretty unremarkable at this early stage, but it's really just a taste of the bigger picture, the mall/gas station properties to eventually be filled out with similar modern-looking buildings as high as 32 storeys. 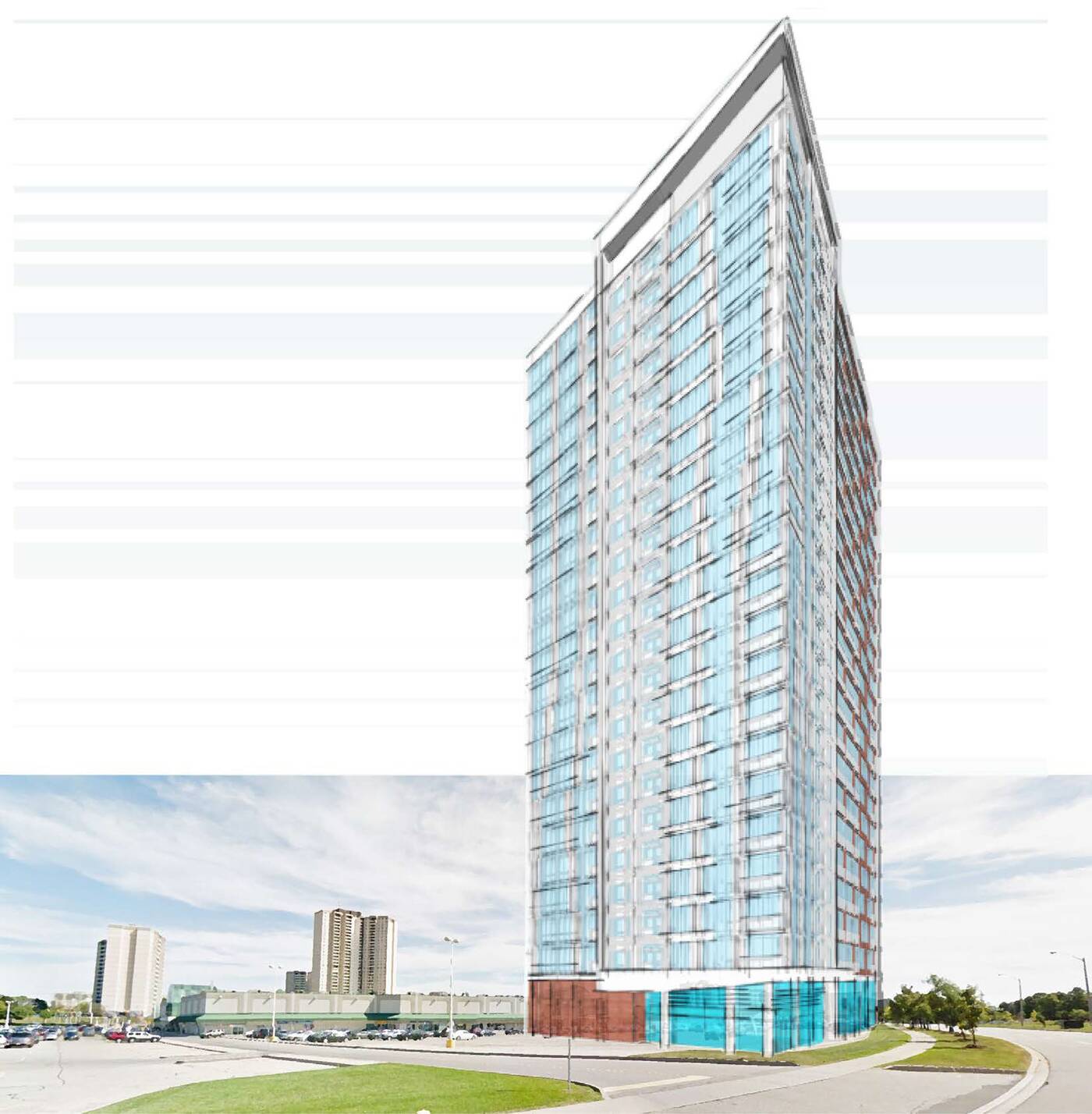 The long-term redevelopment would begin by building out a portion of the parking lots with this initial rental tower. The gas station, car wash, and green space at the northwest corner of Jane and Finch would follow in the next five years. 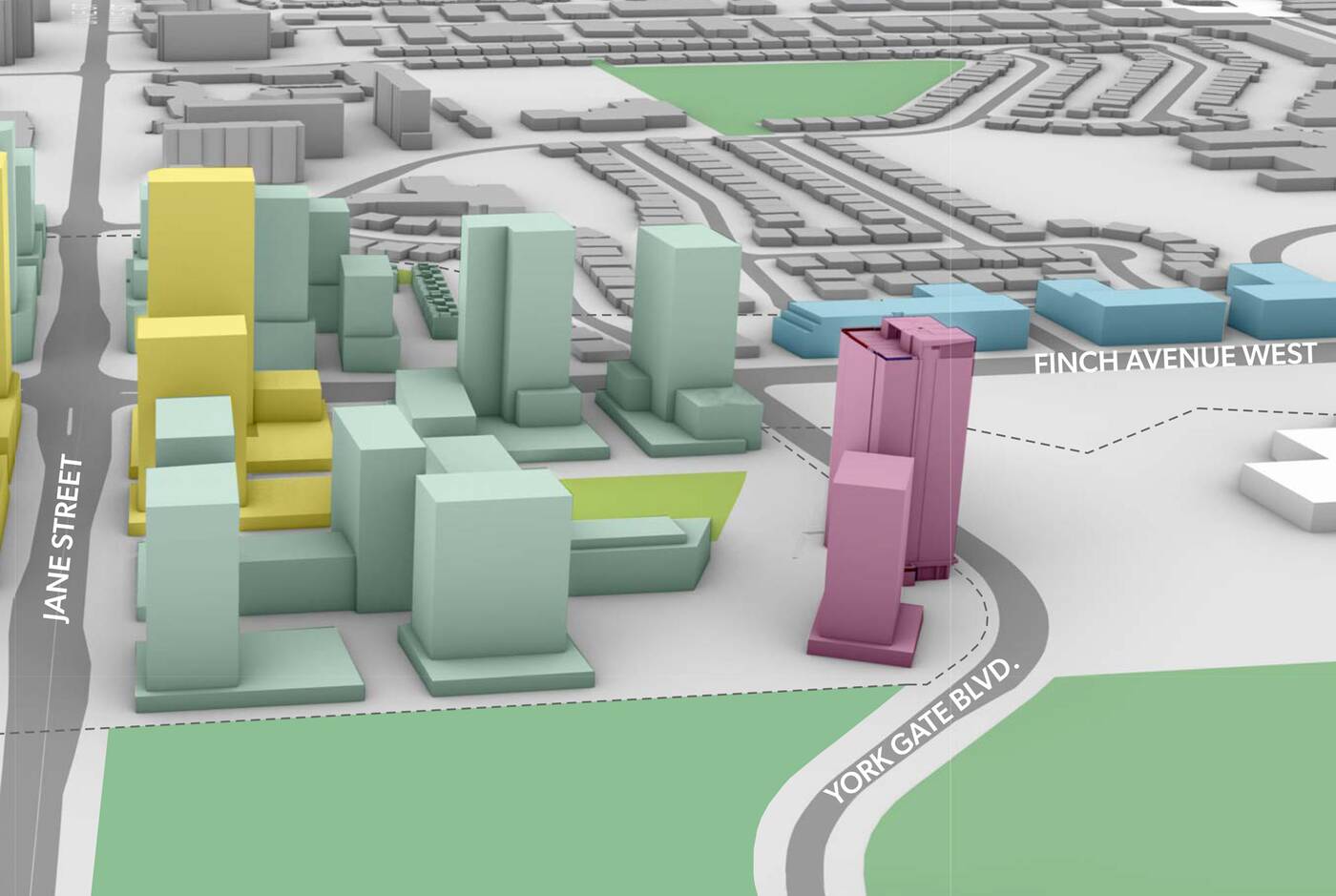 The remaining parking areas and the mall itself are longer-term projects. Shoppers will likely be able to peruse Yorkgate Mall for another decade, but after that, the shopping centre and surrounding areas would be fully built out with new structures.

In addition to the single tower currently proposed, the vision for the site calls for up to ten new high-rise buildings to fill out the property, with eight more towers planned for the mall site and two planned for the gas station and car wash site.

So enjoy your local No Frills and Planet Fitness while you still can, because it looks like this mall's days are numbered.