It seems the Eglinton Crosstown LRT is the only active transit construction project anyone talks about these days, but there's another light rail transit project unfolding in the city, and things are progressing surprisingly fast for Metrolinx's upcoming Finch West LRT.

The new line will add 18 stops and 11 kilometres of track to the city's expanding transit network, carrying passengers along Finch Avenue West from Keele Street to Highway 27 before turning south to serve the Humber College north campus.

Destined to operate as the TTC's Line 6 Finch, the new LRT is quickly coming together with the installation of trackbeds, the carving out of new stations, and the fishing touches for a maintenance and storage facility.

A new concourse level is being dug out below the existing 2017-opened Finch West Station, the line's eastern terminus, which looks pretty surreal with the concrete floor visible above the forming pit. 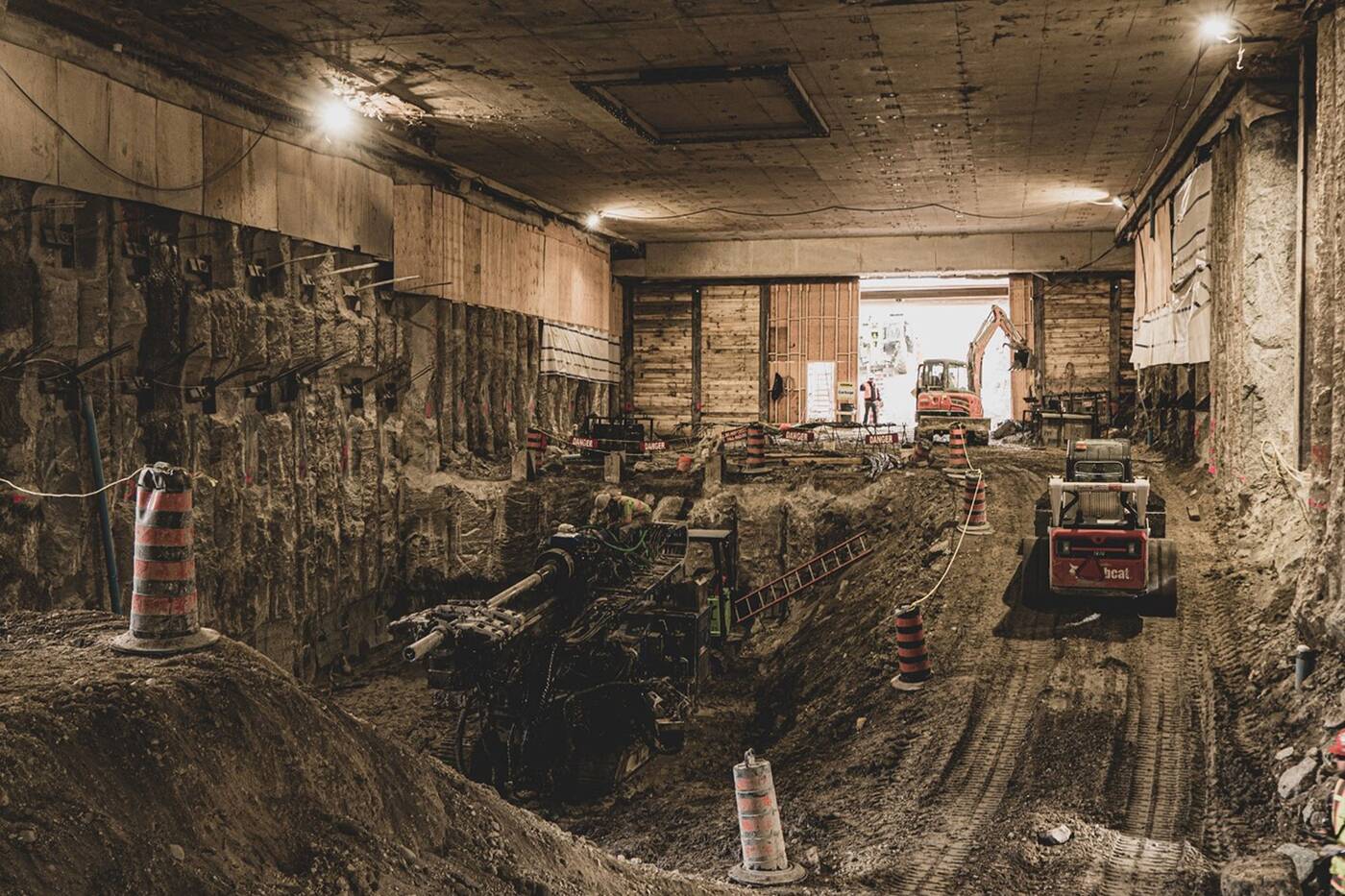 West of the station, a huge trench has appeared where the line's light rail vehicles will emerge through a portal linking the station to surface tracks. Sections of this portal are now complete and awaiting the installation of tracks. 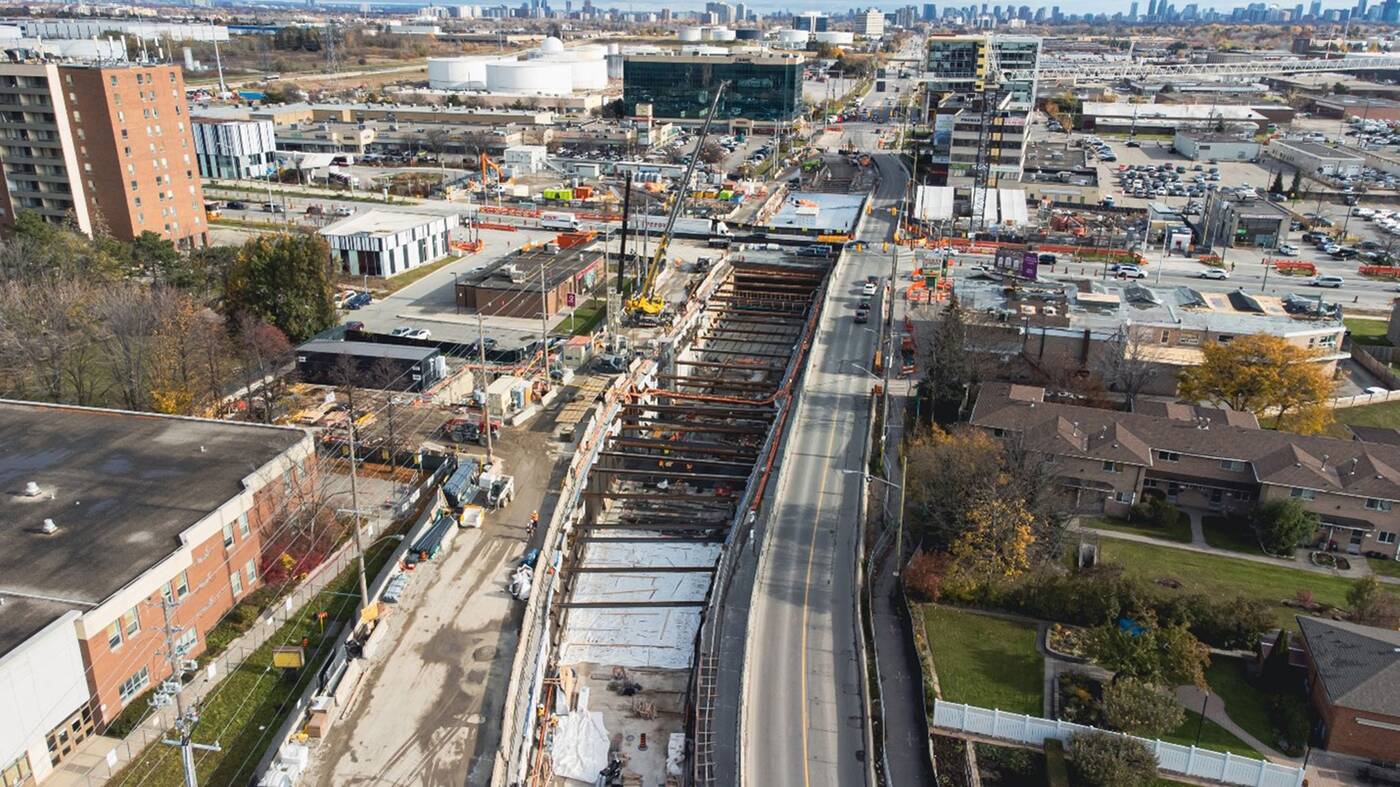 After exiting the portal, LRT vehicles will run along a guideway being built into the middle of Finch Avenue West, similar to surface stretches of the Eglinton line. 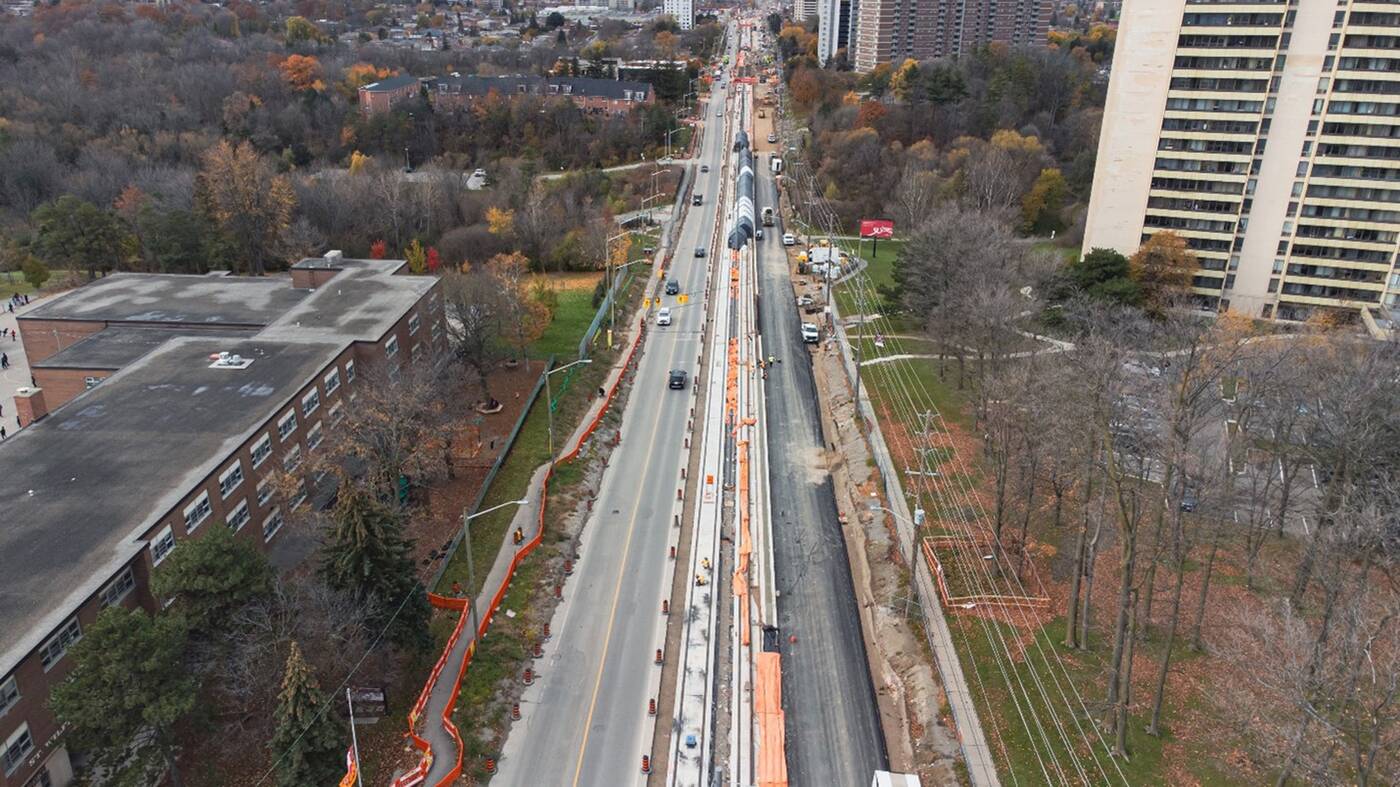 Aerial view of the tracks running down the centre of Finch Avenue West.

Concrete slabs and tracks are now forming the path of the line's above-ground route. 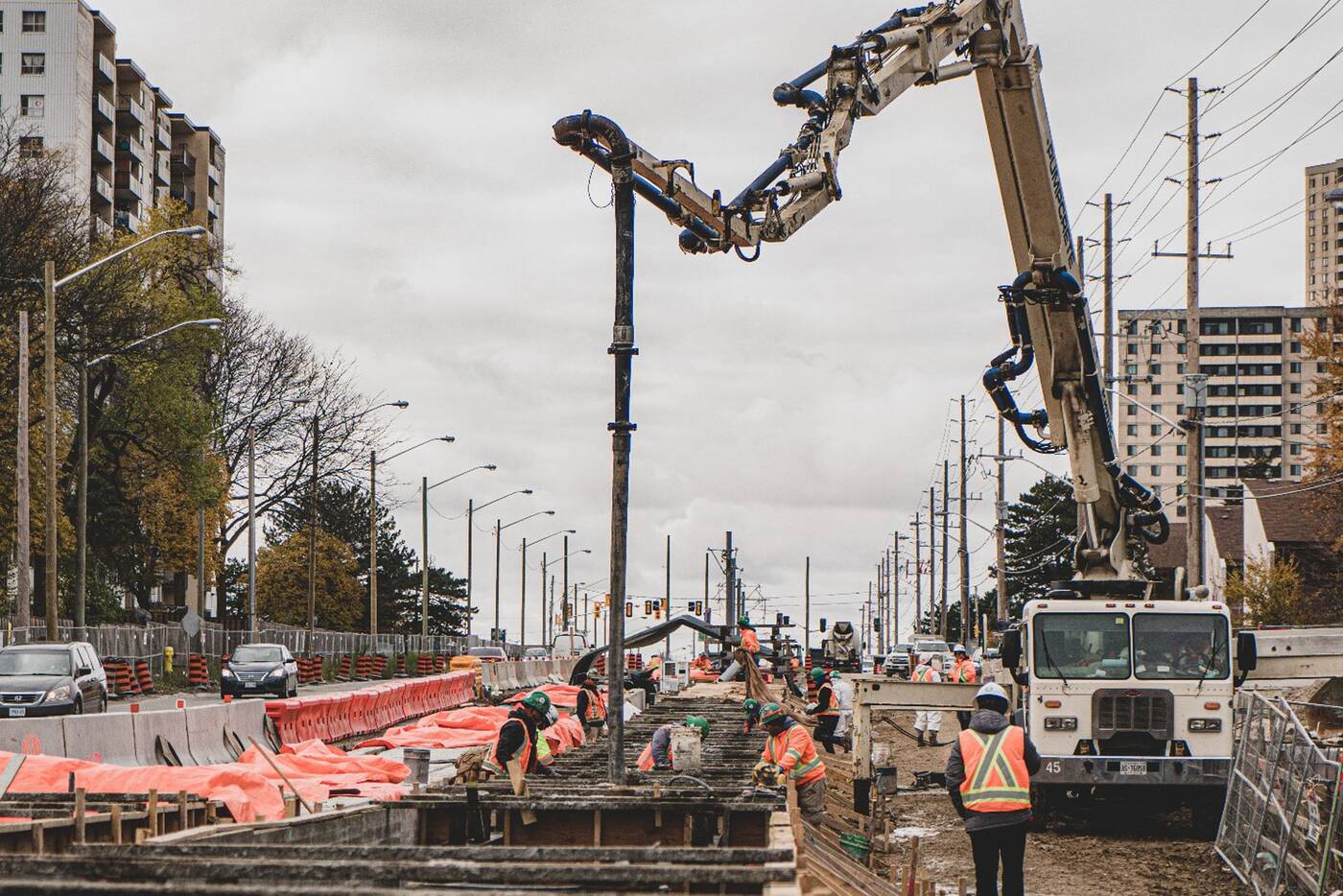 Concrete trackbed being poured along the centre of Finch Avenue West.

Over at the line's west end, another large excavation is shaping the future Humber College Station. 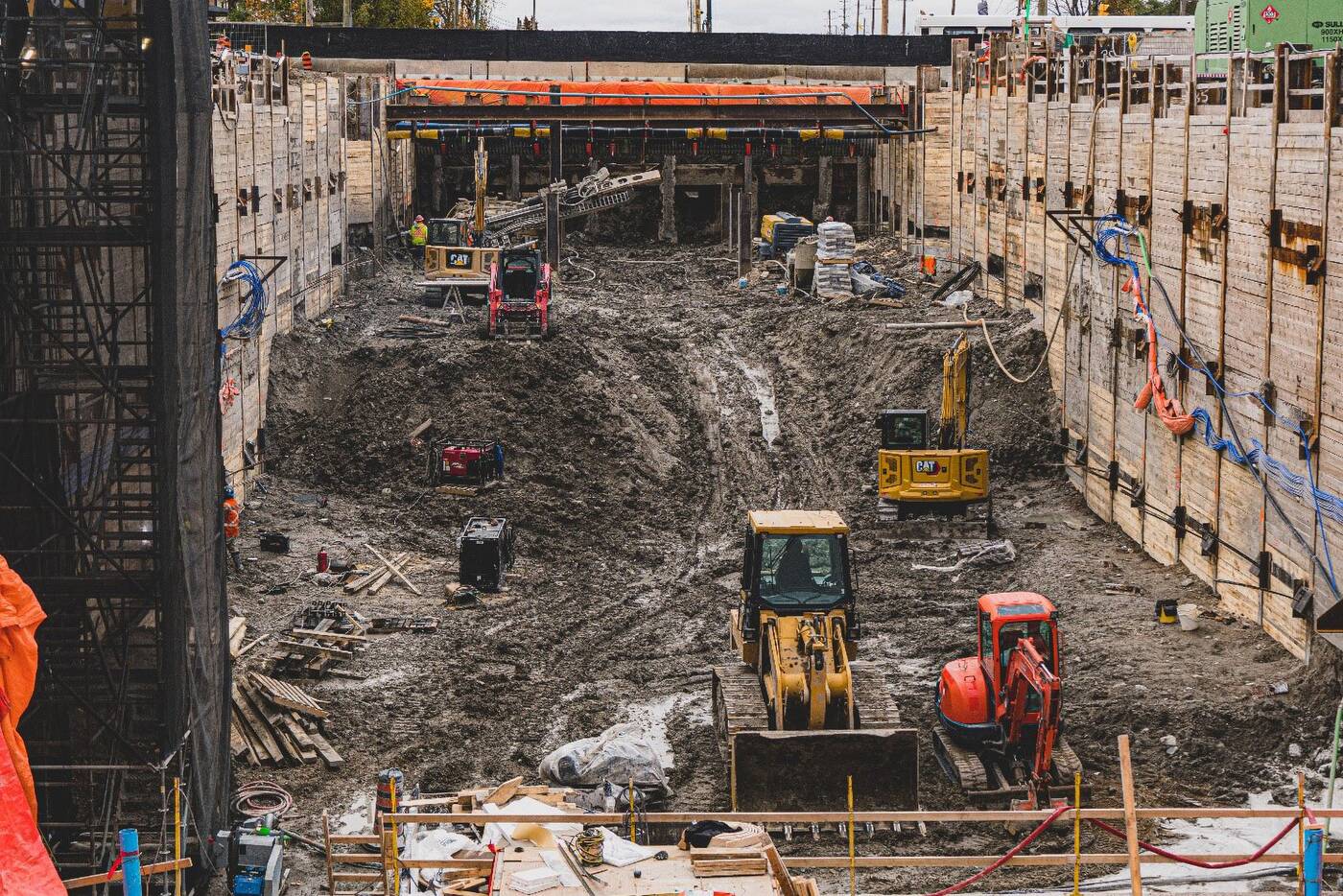 Excavation for the future Humber College Station at the line's west end.

One element of the line is much further along in its construction, with a new Maintenance and Storage Facility being built just west of Jane Street. 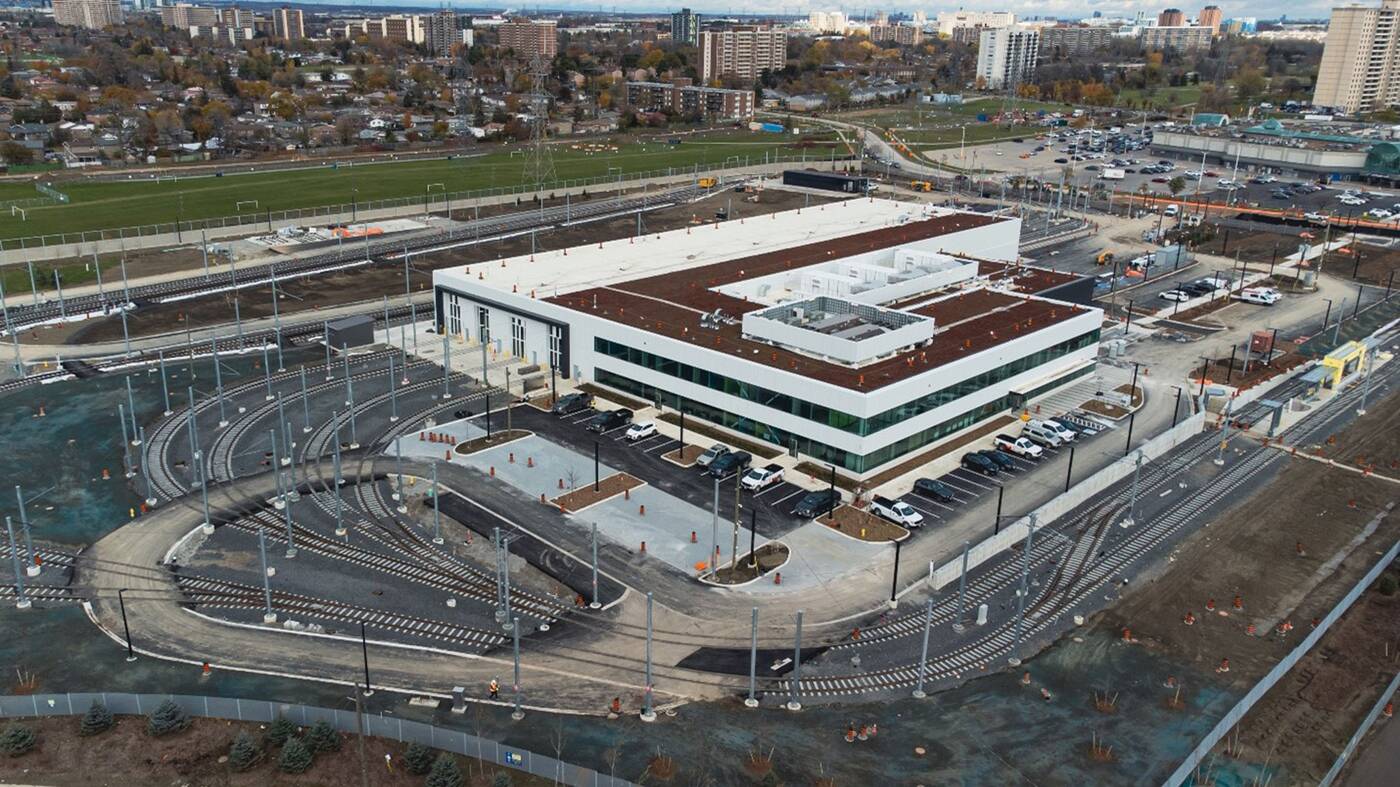 Aerial view of the new Maintenance and Storage Facility at Finch and York Gate Blvd.

This building will contain facilities to store and repair the LRT vehicles and house offices for control and operating staff. 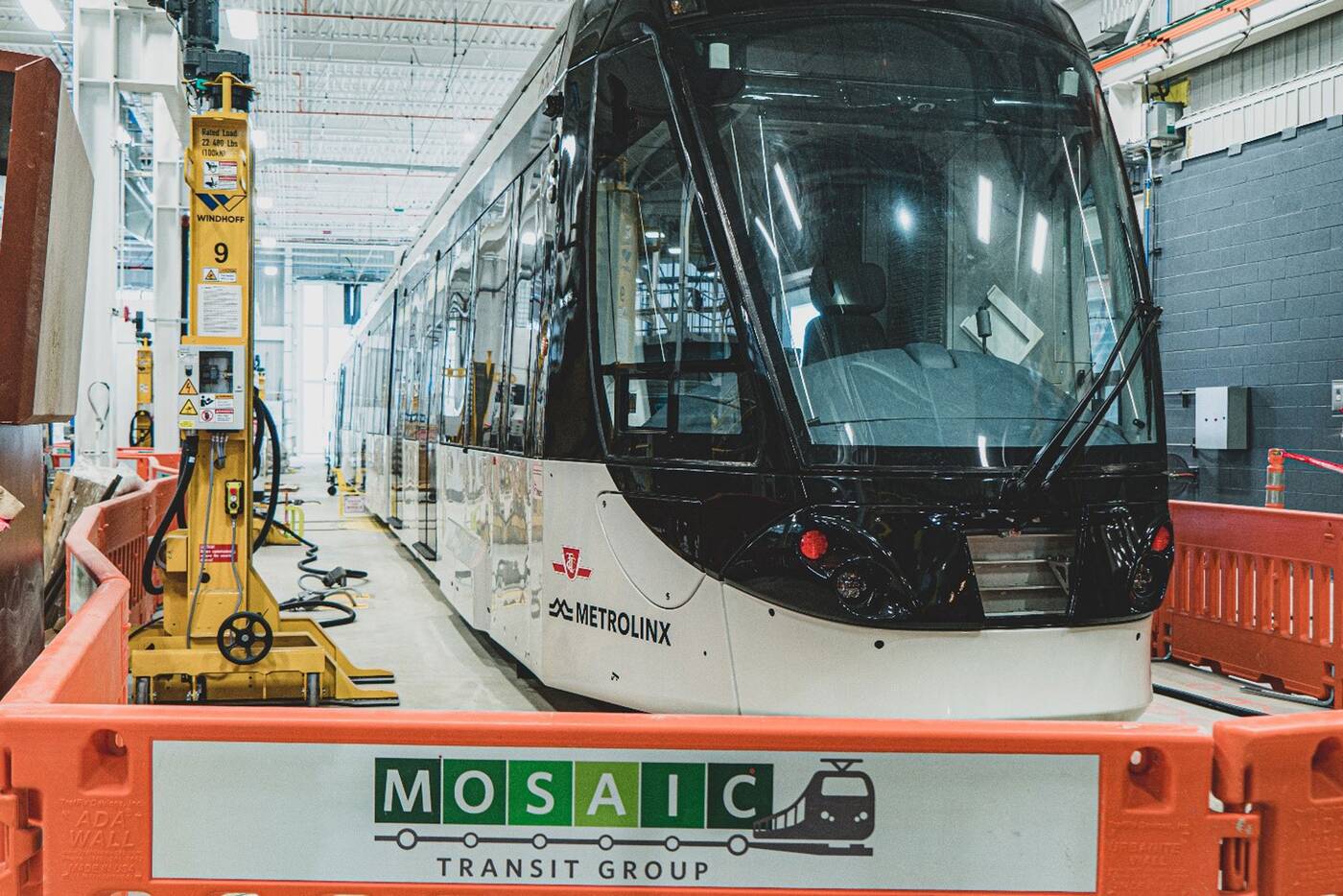 The Finch West LRT is expected to be up and running for Toronto commuters in 2023. Of course, based on our experiences with the long-delayed Eglinton Crosstown line, it's not so easy to take this projected opening timeline at face value.