Toronto is getting its first look at the light rail vehicles (LRV) that will soon move passengers on the newest transit line being built in the city.

Adding to what has already been a monumental era of transit construction with the 2017 Line 1 subway extension and the Line 5 Eglinton Crosstown planned to open next year, the upcoming Finch West LRT began major construction works in 2019 and is planning to open in 2023.

The 18-stop line is well under construction, and Metrolinx is celebrating the arrival of the first Finch West LRV, a key point in bringing the line from a drawing on maps to a medium-capacity line serving a pocket of northwest Toronto with inadequate transit links to the surrounding city. 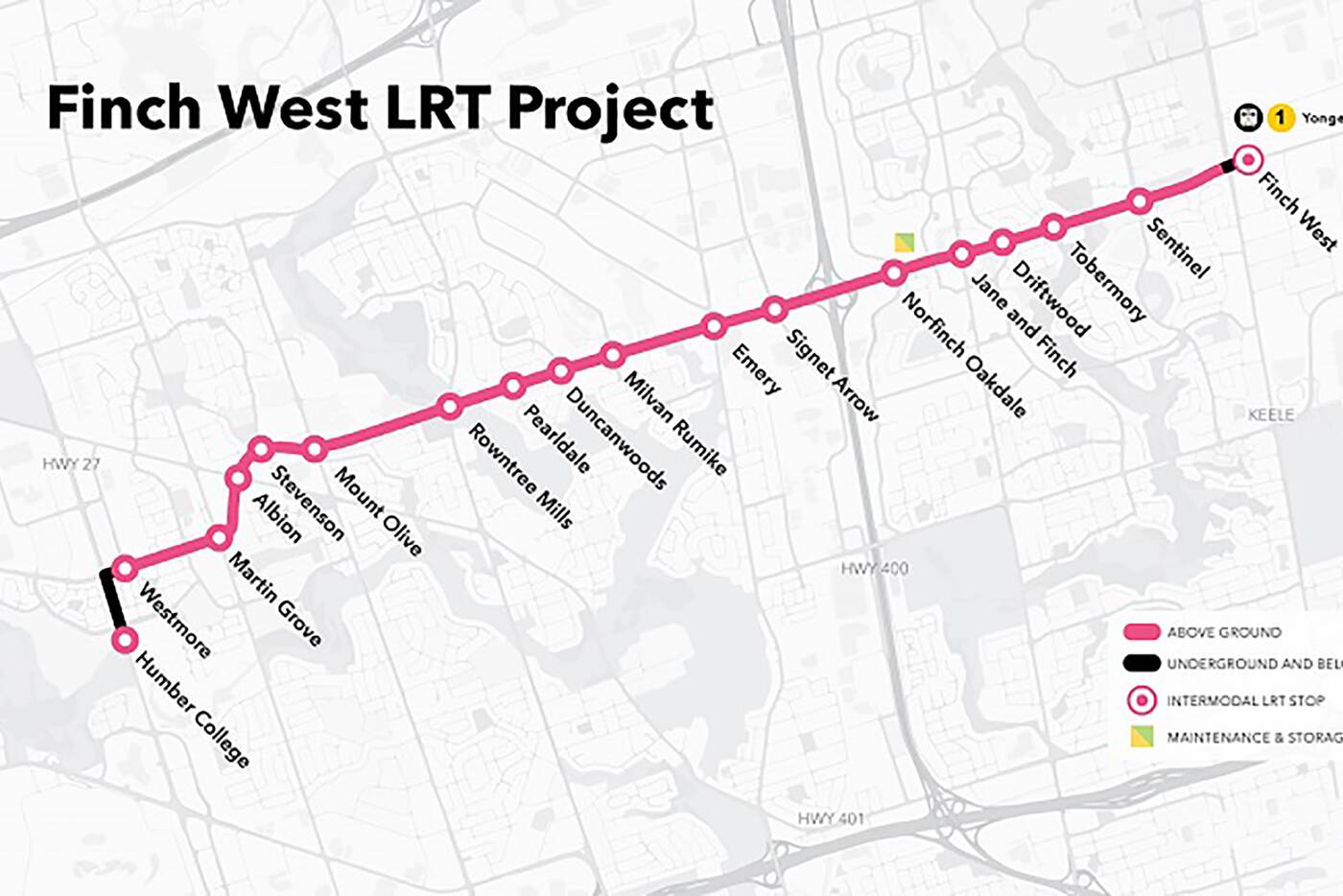 Map of the Finch West LRT's route through northwest Toronto

The first Alstom Citadis Spirit LRV arrived in Toronto in a two-part delivery, arriving on July 28 and 29. This is the first of two vehicles for the Finch West Line scheduled to be delivered this fall.

To commemorate the occasion, Metrolinx has released a short video documenting the first LRV’s trip from the Alstom Brampton facility to the Finch West Maintenance and Storage Facility (MSF) in Toronto's Jane and Finch area. The vehicle will next be tested at the MSF before trial runs can begin along Finch Avenue West.

The first vehicle has arrived for Toronto's next transit line - 📹 @Metrolinx #Toronto pic.twitter.com/nFuDrQPqDr

2,300 Citadis vehicles have been sold to 55 cities worldwide, known for their abilities to manage the harsh summer and winter extremes typical of Toronto. The LRVs have a seated capacity of 120 and a maximum capacity of 292 passengers. Metrolinx’s Hurontario LRT project under construction in Mississauga will be using the same vehicles.

Bombardier has been the primary supplier of transit vehicles for Metrolinx, though a spate of production issues have plagued the delivery of trains, missed timelines being a recurring issue.

Metrolinx responded to the issue in 2017 when competing manufacturer Alstom was signed on to produce vehicles for the Finch West LRT; the deal including a contingency plan for Alstom to build additional Line 5 Crosstown vehicles in the event Bombardier does not meet production targets. 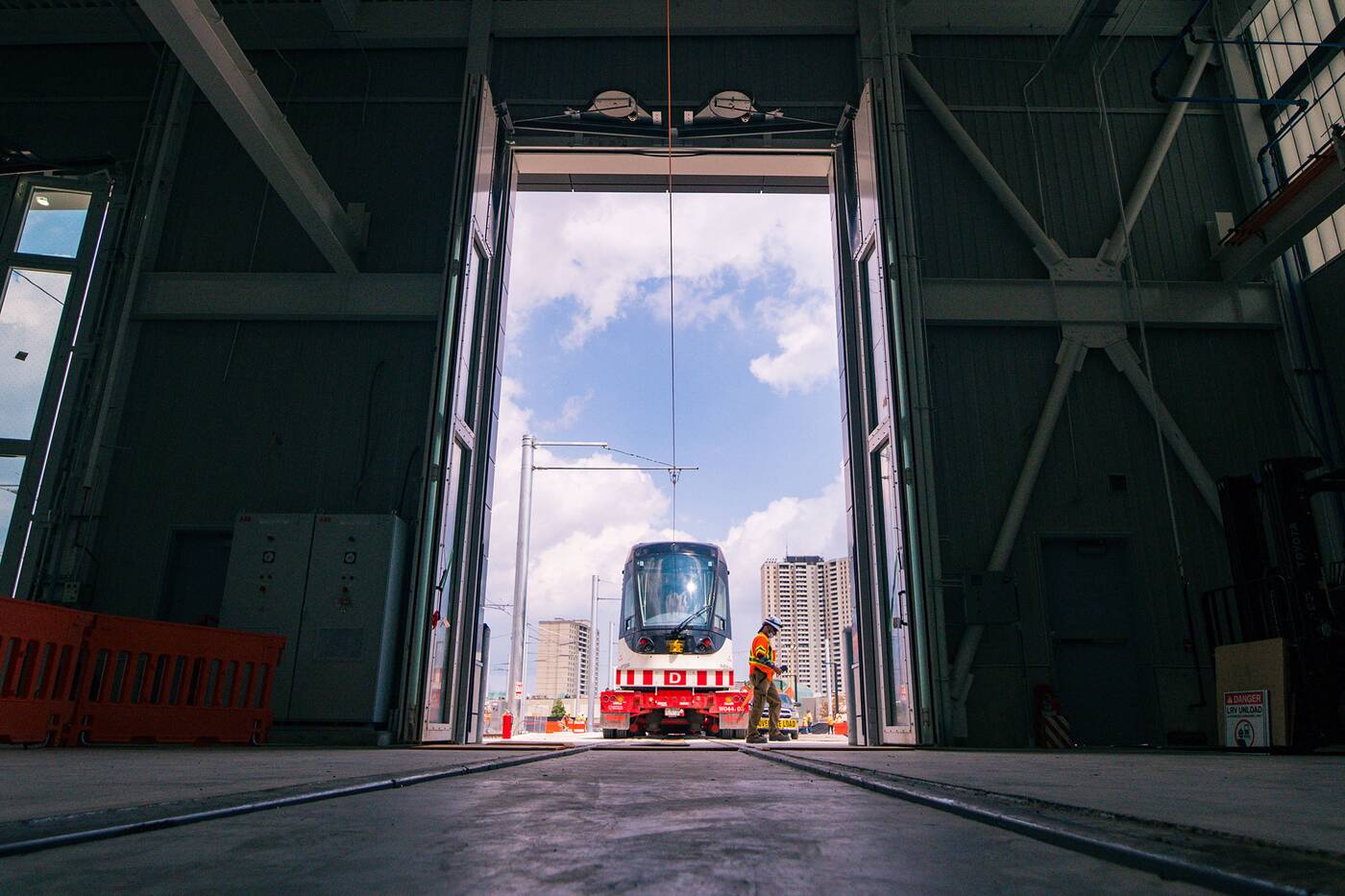 When all is said and done, the Finch West LRT will feature interchanges with the TTC Line 1's Finch West Station (opened with a roughed-in LRT platform in 2017) at its east end and connections with other local transit services like GO, Miway, Viva, and Züm at its western terminal Humber College station.