Here are the names of all the Finch LRT stations

By 2023, Toronto will have a brand new 11-kilometre light rail transit line running from the TTC's Finch West Subway Station to Humber College with 16 stops in between.

The Finch West LRT promises to make getting around the northwestern part of this city easier than ever before—but much work is yet to be done on the project and Metrolinx has hit a wall.

"Station and stop names for FWLRT and HuLRT are required to support the advancement of each project," reads a memo to the Metrolinx Board of Directors From released on Wednesday.

Authored by Chief Planning and Development Officer Leslie Woo and Chief Communications and Public Affairs Officer Jamie Robinson, the memo asks the board to approve all proposed stop and station names for both the Finch West LRT and the forthcoming Hurontario LRT between Mississauga and Brampton.

"A naming protocol was developed in 2015 for selecting names consistently across the regional transit network, helping to make transit easier to navigate," reads the report. "Five principles guide the selection of new station, stop and interchange naming."

Those principles are as follows:

The final set of proposed names, included in the report, can be seen in the graphic below: 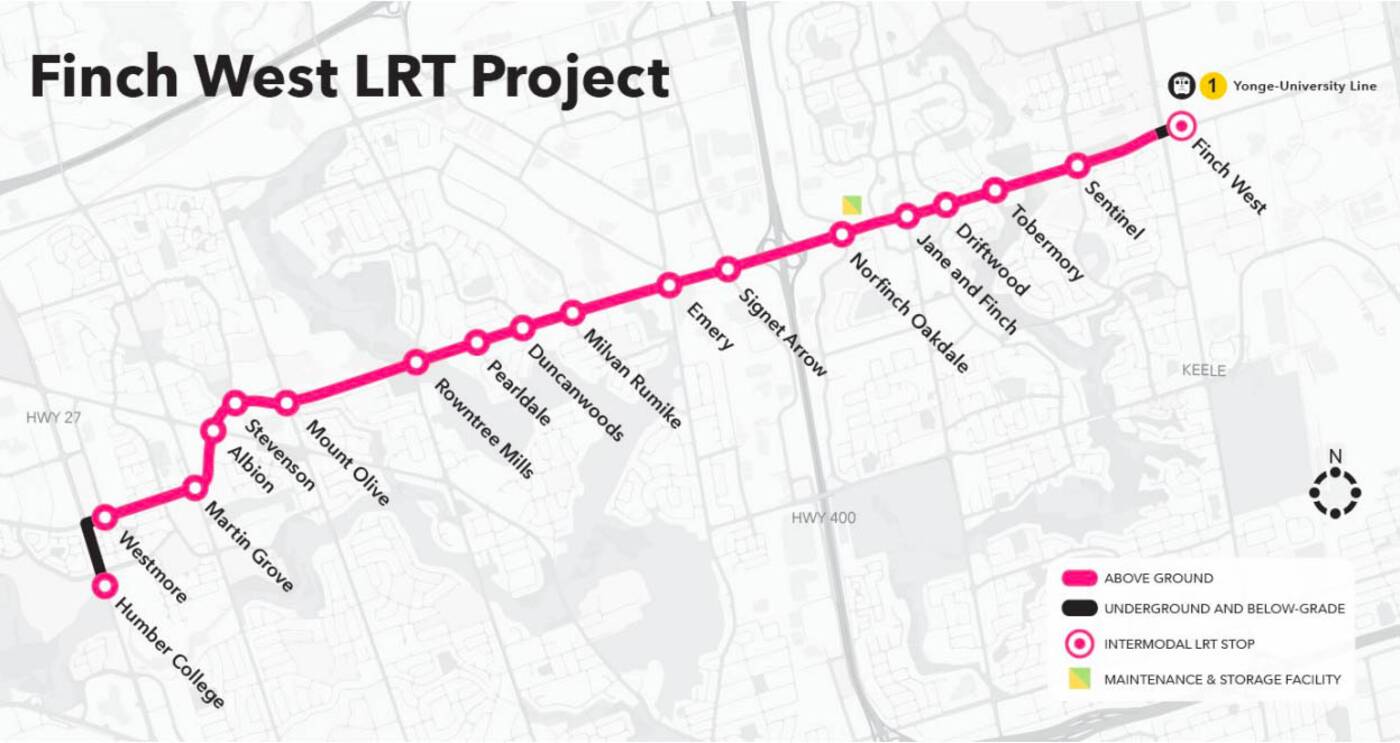 Some of the names, like Jane and Finch, are obvious based on where they are. Others required a bit of explanation in the document.

Mount Olive, for example, was previously called Kipling in plans for the Finch West LRT. Being that Kipling is an existing TTC station roughly 12.5km from the planned LRT stop, it had to be changed for differentiation.

Same goes for Islington, which will henceforth be known on the Finch West LRT as Rowntree Mills, named after a nearby park.

The Metrolinx Board, which meets today, simply needs to approve these names for good so that the $1.2 billion project can move forward.