The history of the Jane and Finch neighbourhood in Toronto

Jane and Finch is an infamous Toronto intersection, but the neighbourhood surrounding it is actually bounded by Highway 400, Black Creek, Keele Street and Sheppard Avenue West.

Over the years it has received much attention for its crime rates and socioeconomic status. However, to understand exactly why this is, it's important to take a look at the neighbourhood's history.

It used to be called Elia

The area was originally inhabited by a First Nations tribe in the 1400s. For over a century they lived along the banks of the Humber River. According to Neighbourhood Guide, the First Nations village existed from 1400 to 1550. 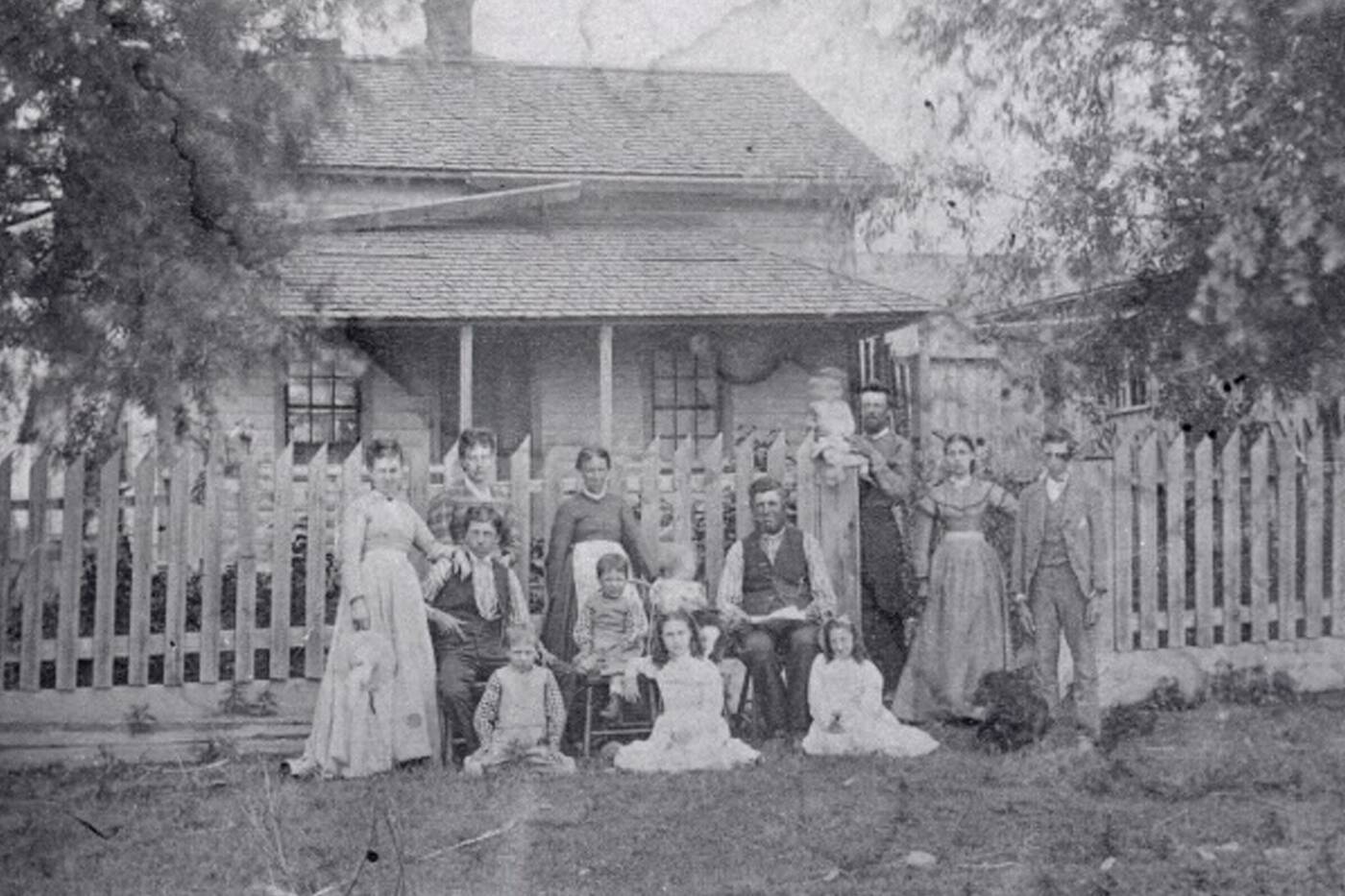 A family in front of their Jane and Finch home in 1878. Photo by Toronto Public Library.

Two centuries later, pioneers travelling from Pennsylvania settled in the area. They were later followed by English and Scottish families in the 1820s. 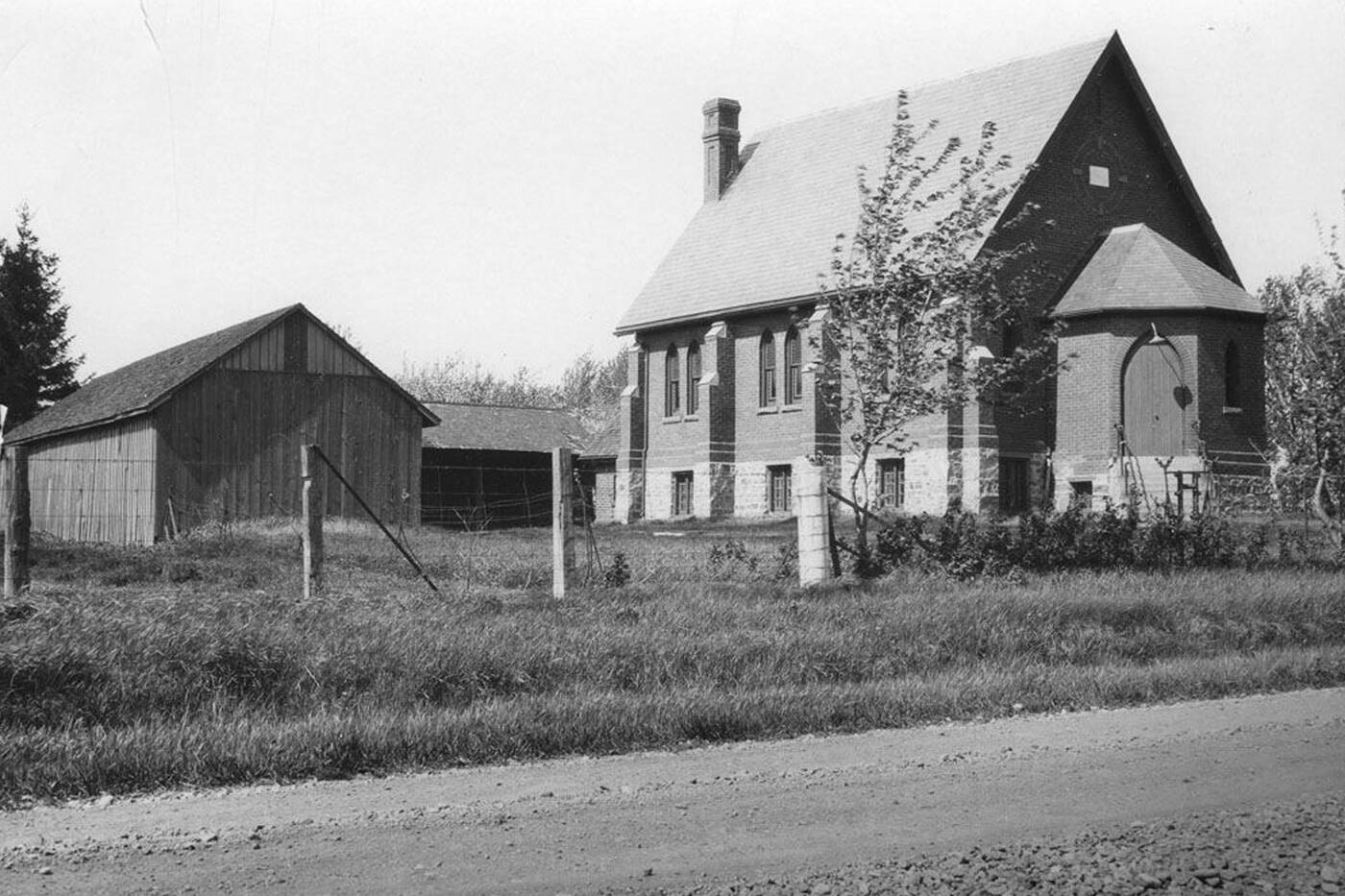 The Elia Methodist Church in 1931. Photo by City of Toronto Archives.

It was during this time that the community was named Elia and the Elia Schoolhouse and Elia Methodist Church were built. It remained a small farming community for decades, until the 1950s when the land was sold to developers.

It became an instant community in the 1960s

The Ontario Housing Corporation (OHC) along with the North York Planning Department developed a new "instant community" as a model suburb and solution to Toronto's rapid growth.

According to Jane-Finch.com, founded by Paul Nguyen, a journalist from the area, the neighbourhood was built to accommodate a higher need population through low income and public housing.

However, the government began failing this neighbourhood even in its early years. The OHC has been criticized for not thinking about the social infrastructure that would be needed to sustain such a community. 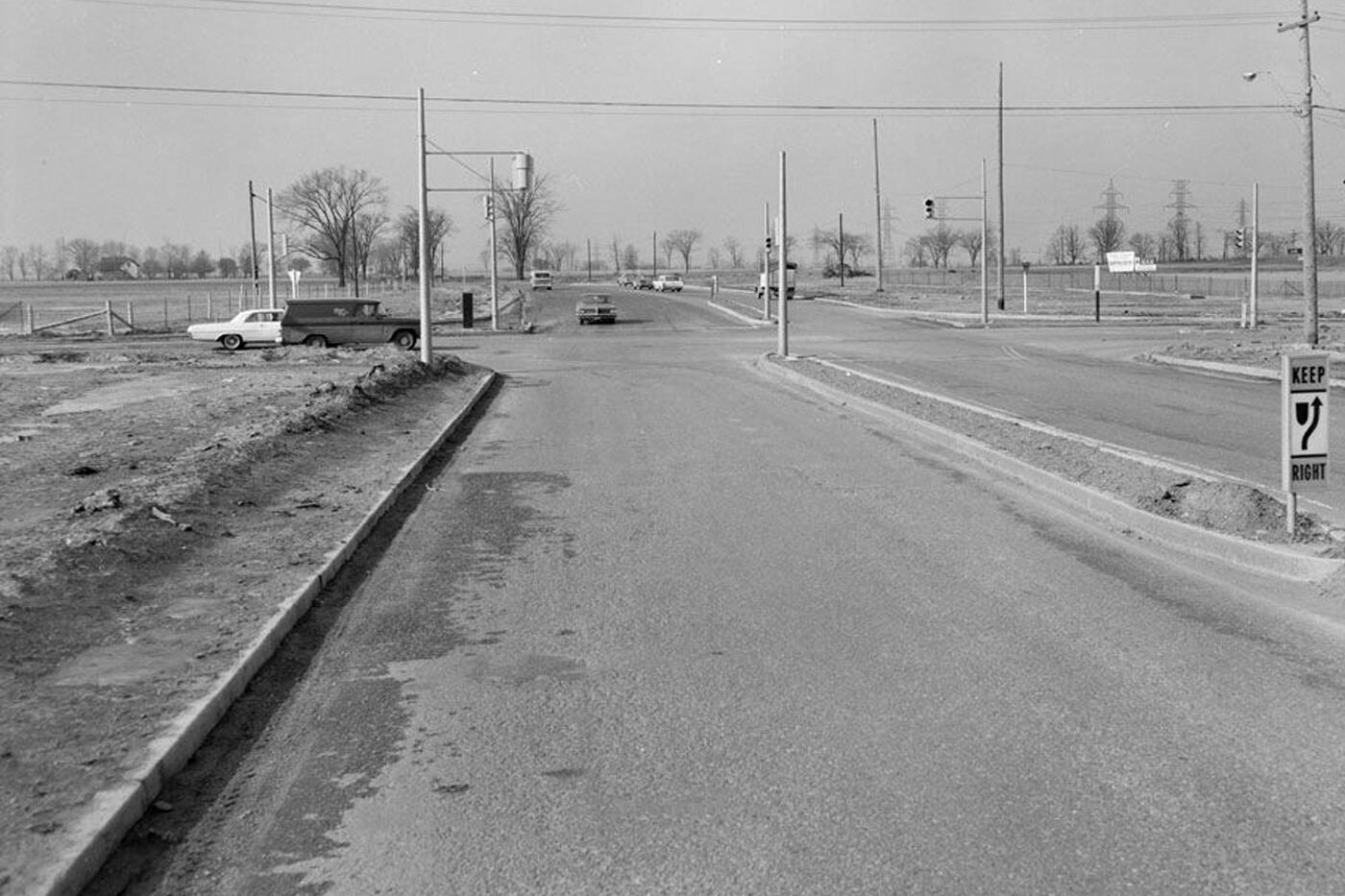 The Jane and Finch intersection in the 1960s. Photo by City of Toronto Archives.

In the following years, a row of high-rise apartments was built along Jane Street, which would become known as the "Jane-Finch corridor."

With most of its rapidly growing population in low-income and public housing, the neighbourhood became known for its high levels of poverty.

It has an unfortunate reputation

Unfortunately, this was not the only thing Jane and Finch was being recognized for.

According to one of the neighbourhood's non-profits called Inner City Outreach, "By the mid-1970s, several social issues surfaced from the rapid growth of the community and large concentrations of low-income households. The area soon [became] notorious for its prevalence of gangs, drugs and criminal activity." 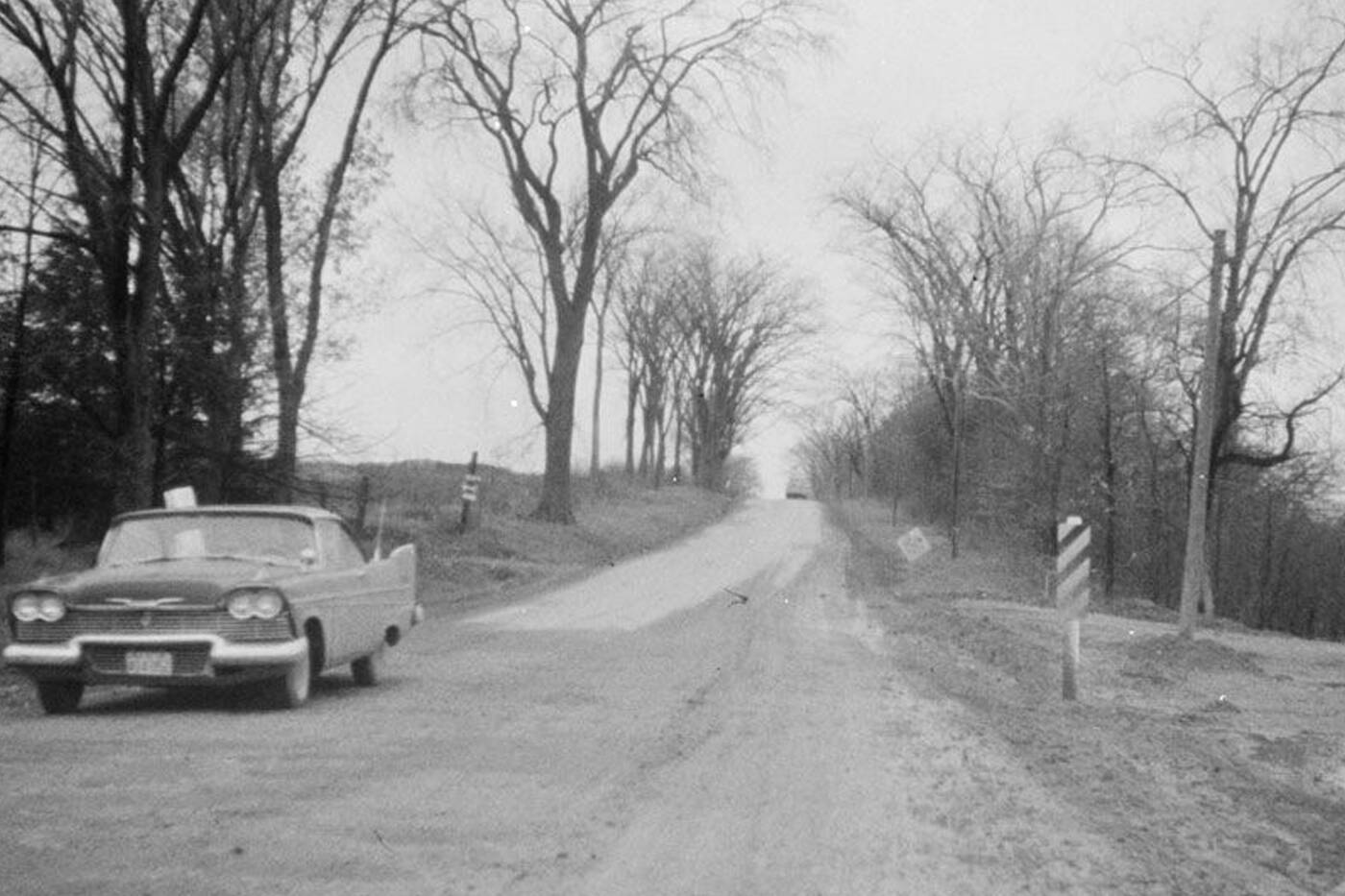 A car near the Jane and Finch intersection in the 1960s. Photo by City of Toronto Archives.

There were a number of factors within the neighbourhood that contributed to the problem. A lack of social services and recreational facilities, as well as overcrowded schools, were amongst the largest issues.

Developers also didn't recognize that building such a community in the north-west end of Toronto could lead it to easily become isolated and removed from the rest of the city.

The community worked together

In 1973, members of the community formed a group to address the issues that they were being faced with.

The neighbourhood strived to get rid of its negative public image and work to create programs to aid its residents. Since then, dozens of non-profits and organizations have been created to support the Jane and Finch neighbourhood.

In 1976, the Jane Finch Centre was incorporated thanks to local residents' involvement. It's a multi-service, community-based organization with a focus on poverty reduction through resident engagement, capacity building and anti-oppression. 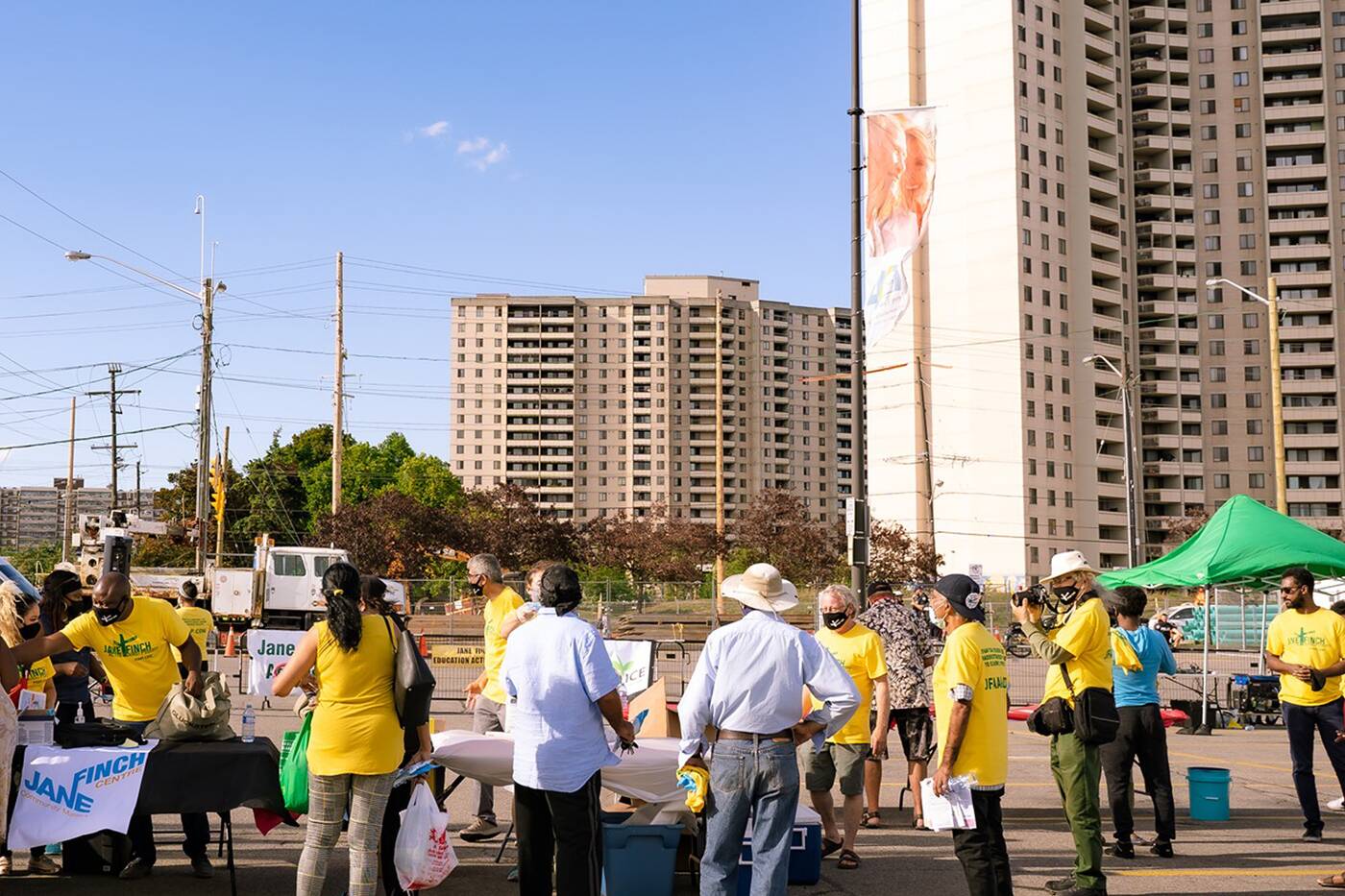 These programs, however, aren't often highlighted by the press. Many people have blamed the media for its role in the neighbourhood's disproportionately negative coverage.

In recent years some news organizations have begun acknowledging the part the media has played, with articles such as J-Source's Crime, coverage and stereotypes: Toronto Jane and Finch neighbourhood.

It's home to a rich multicultural community

Another aspect often overlooked is the diverse cultures and traditions that can be found in the Jane and Finch area.

Since the late 1970s, the neighbourhood has been filled with people from all ethnocultural groups, with over a hundred different languages being spoken.

While it is still known for the high-density apartment buildings that tower over the streets, they are home to families and individuals representing dozens of countries, cultures and backgrounds.

Over the years, the neighbourhood has become known for its resilience and perseverance in becoming a better place to live. 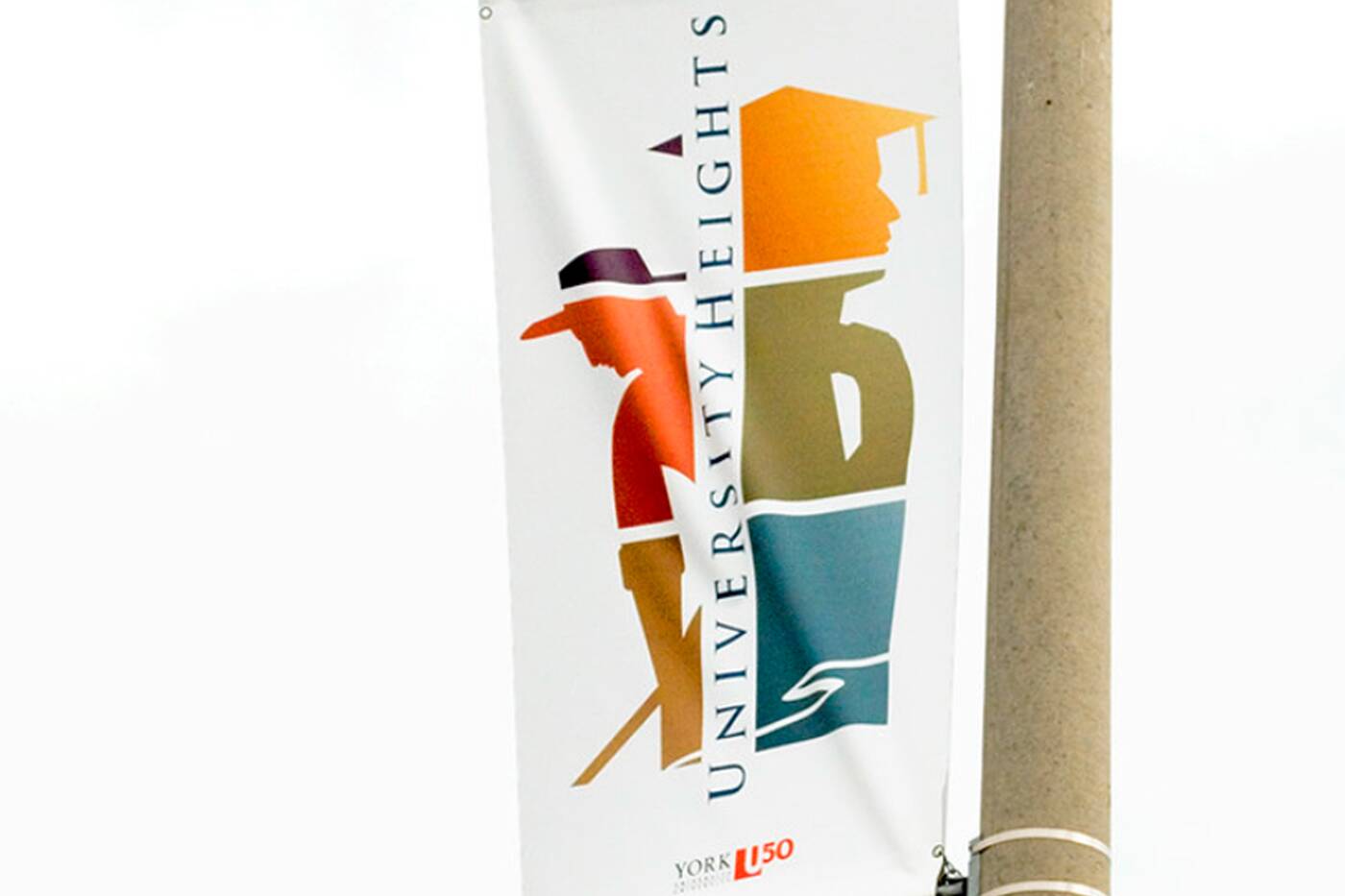 A University Heights banner in 2009. Photo by Scott Snider.

In 2007, Jane and Finch was "rebranded" as University Heights. There were 90 banners hung around the neighbourhood to celebrate its new name in hopes that it would rid the area of its negative stereotypes.

Despite its best efforts, the neighbourhood is still often referred to as Jane and Finch and its reputation hasn't been quite forgotten.

While the community fights to provide programs and initiatives for its residents, they are still facing high poverty, crime and trauma rates.

The neighbourhood is hoping to change these numbers with a growing amount of support from locals and the city.

In 2020 there was controversy surrounding the Jane-Finch community hub. Metrolinx backed out of a promise to donate property for a much-needed art and culture centre, leaving residents frustrated, to say the least. 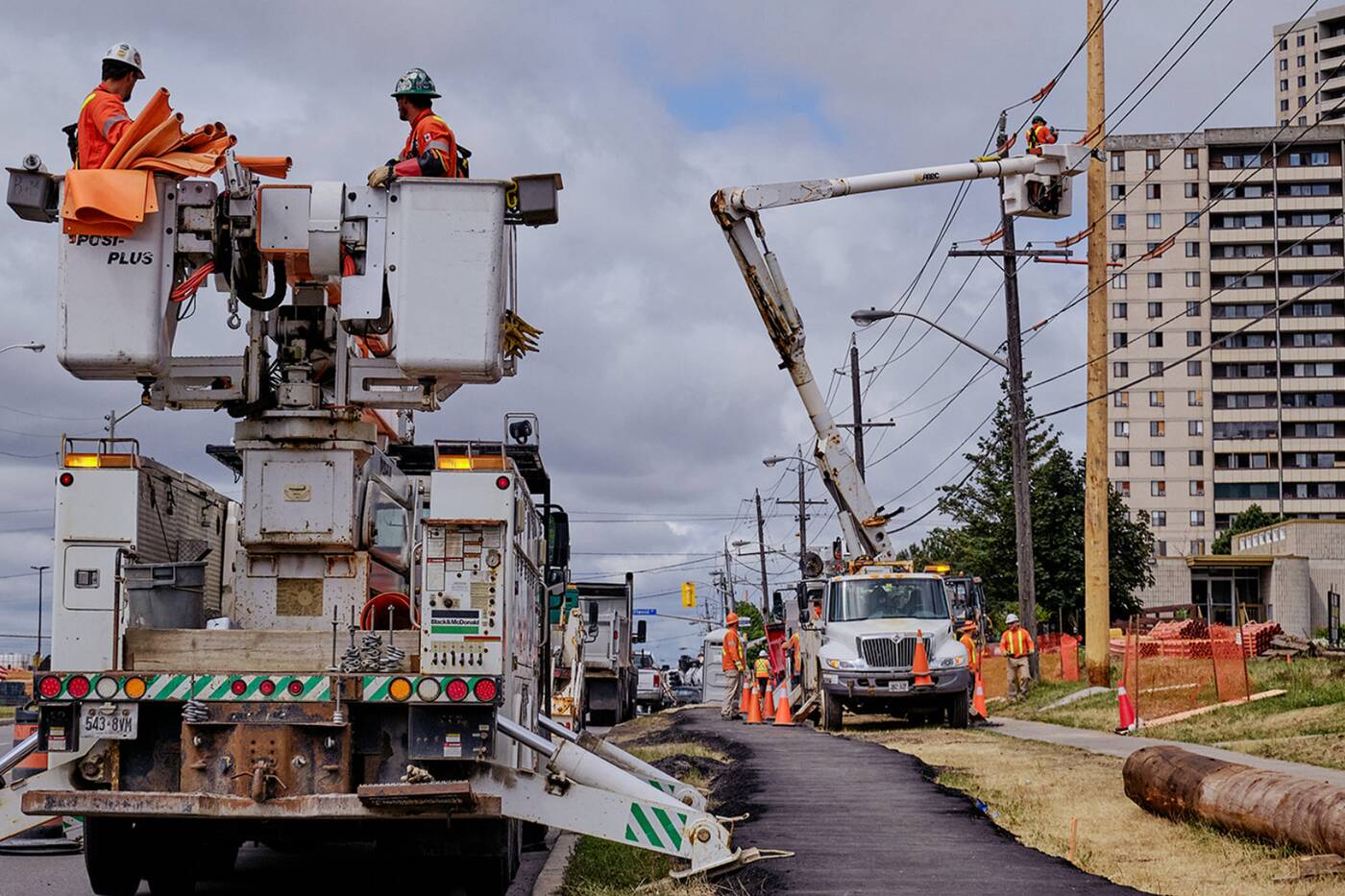 Despite this, the province has assured the public that the community hub will still be built after the Finch West LRT is done in 2023.

According to a City of Toronto document, another initiative called The Jane-Finch Initiative is finding ways to best leverage the investment of the Finch West LRT for the benefit of local communities.

While these plans to develop the neighbourhood may be exciting, only time will tell what impact they will actually have.