It seems no Toronto mall is safe from the current mallpocalypse as developers target shopping centres around the city for new condo-packed redevelopment schemes.

The current era has not been kind to malls, and the last couple of years of reduced foot traffic have many landowners looking to the future of their massive low-density sites.

Another mall redevelopment plan has entered the ring with a new proposal tabled with city planners seeking a long-term redevelopment of the Malvern Town Centre at 31 Tapscott Road in Scarborough.

Developer and property manager Davpart intends to transform the suburban mall into a community of 15 towers and over 5,700 residential units across 10 phases. 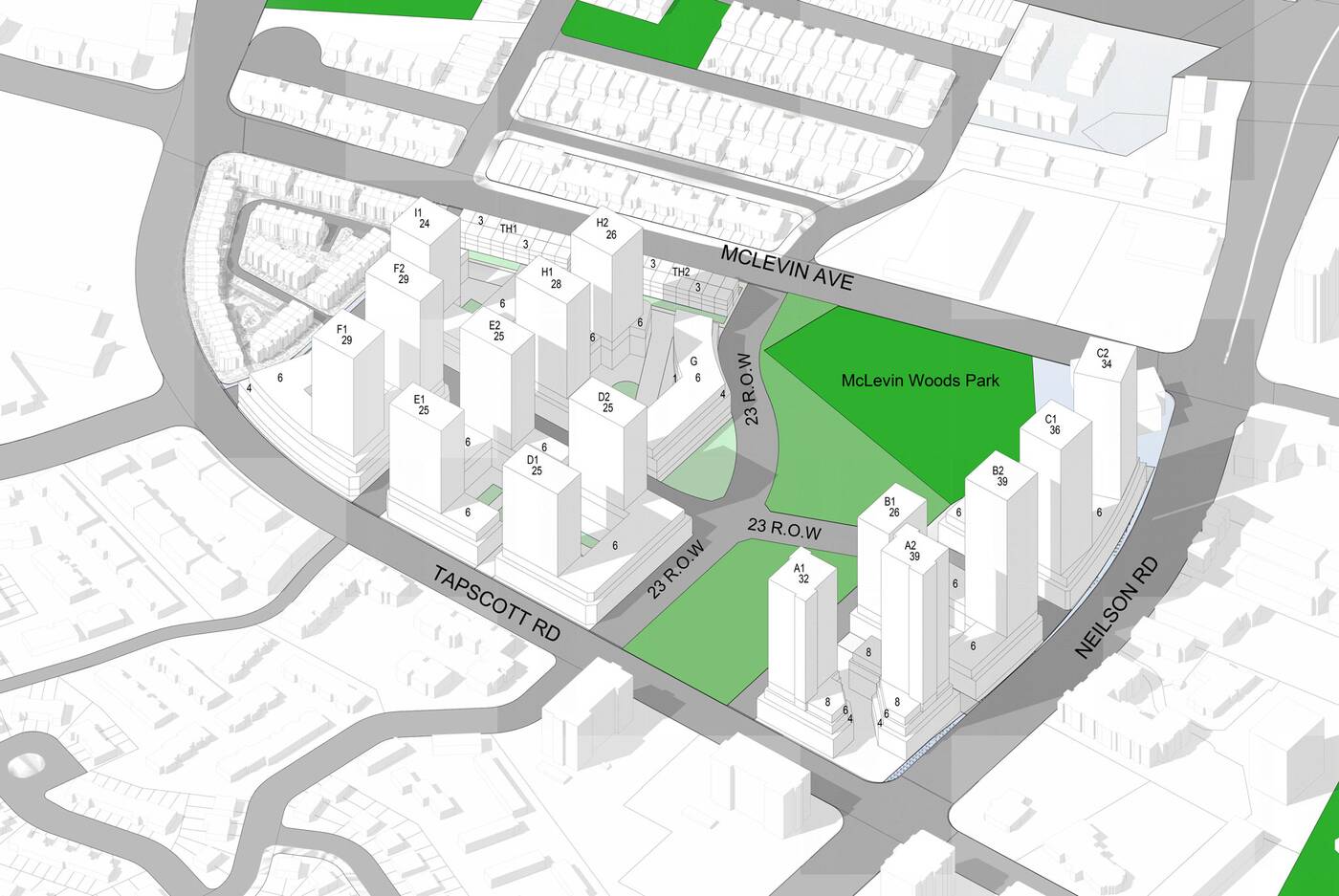 The first phase of 32- and 39-storey towers would rise from the site's southeast corner, on a footprint currently occupied by surface parking.

Though it will be the first step in the mall's demise, this initial phase will actually add retail space to the site, with just over 2,000 square metres of new retail proposed along the main frontages of Tapscott Rd. and Neilson Rd.

While none of the existing mall space is required to be demolished for this first phase, the long-term plan for the site will see the entire Malvern Town Centre, surrounding parking lots, and adjacent undeveloped green space replaced with high-density development. 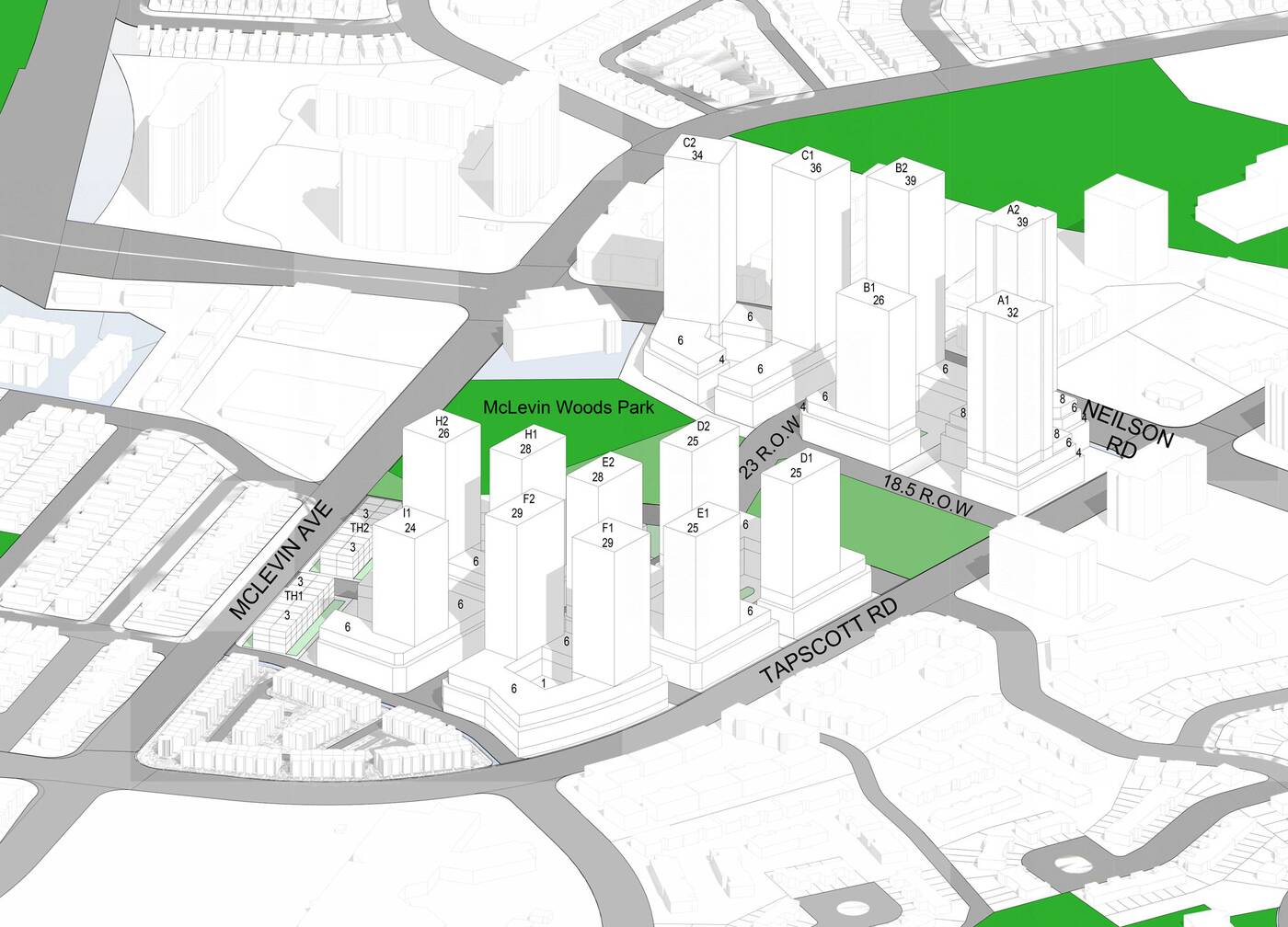 Though area residents would lose their local shopping centre, the proposal creates new public spaces that will act as extensions of the existing McLevin Woods Park.

These include a new 16,616 square-metre public park immediately abutting the existing forested area, along with 3,908 square metres of privately-owned public areas that will form what planners describe as a "continuous park experience" through the site.