A declining brick-and-mortar retail landscape and unending demand for new housing have brought about a rethink of Toronto's suburban malls as owners race to add condos and apartments to their sprawling complexes.

A master plan to redevelop the 30-acre Sherway Gardens site at The Queensway and The West Mall in Etobicoke was revealed earlier in November, with mall owner Cadillac Fairview (CF) partnering up with real estate developer DiamondCorp to bring a permanent residential presence to the site.

Weeks later, the applications submitted with city planners are offering up a much more detailed look at the first phase of a long-term redevelopment that will build out surrounding parking lots and eventually engulf the mall in condominium and rental towers. 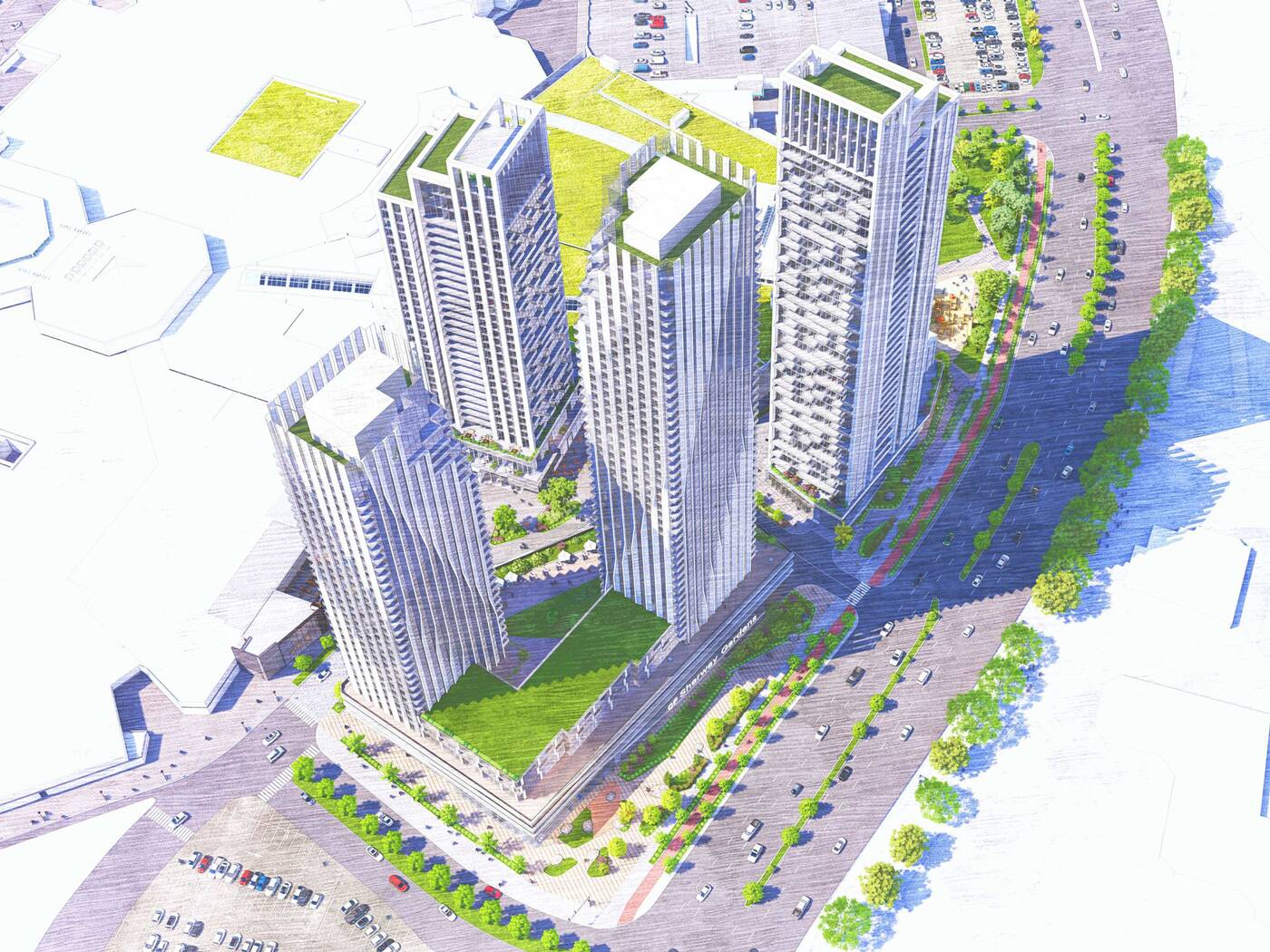 The first phase of the development plans to repurpose a 2.5-hectare (6.2-acre) parcel of surface parking bounded by The Queensway to the north, the mall to the south, and private driveways to the east and west. 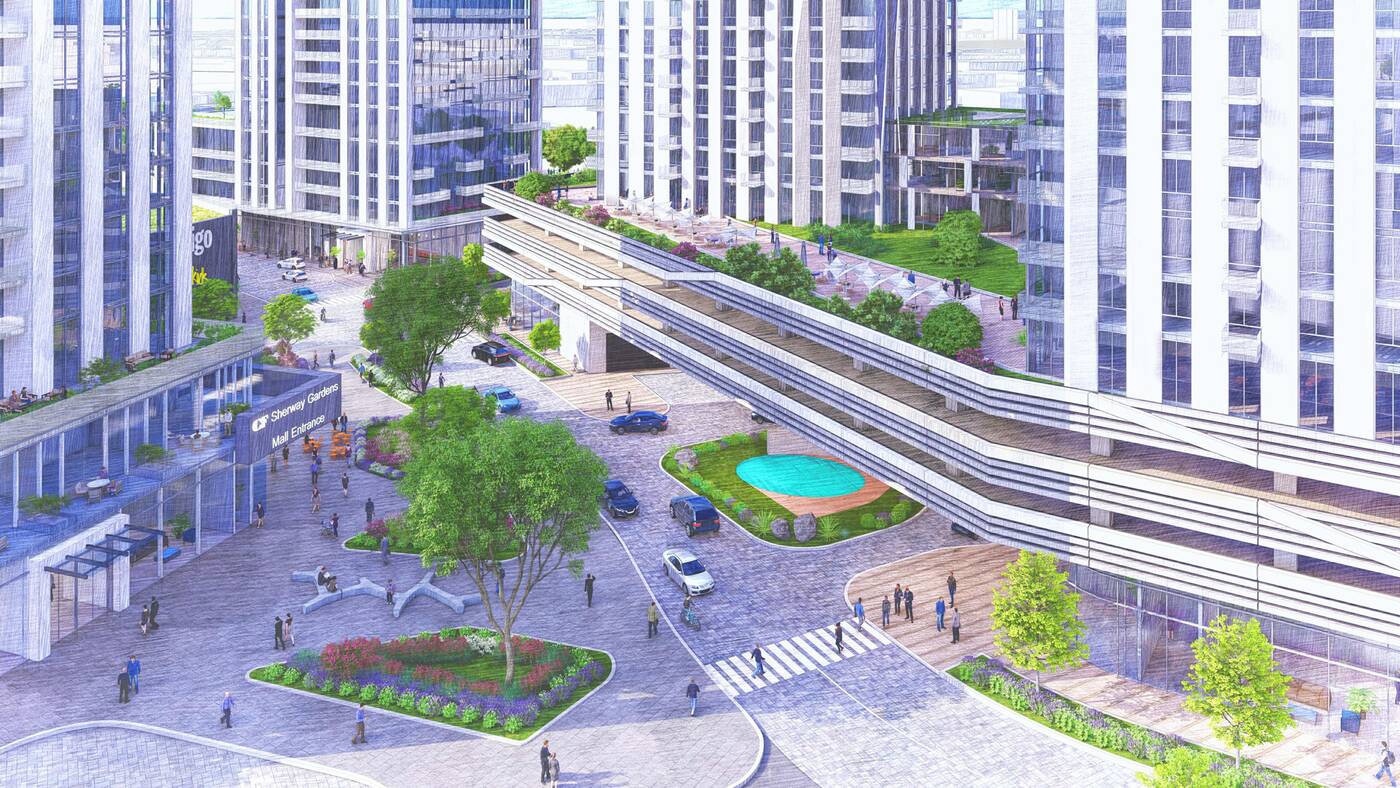 New retail and indoor parking would be constructed for a seamless connection between the old and new. Rendering by Hariri Pontarini Architects.

Four new towers are proposed to rise from this drumstick-shaped area, designed by Hariri Pontarini Architects, with heights of 45, 40, 35 and 30 storeys, respectively. 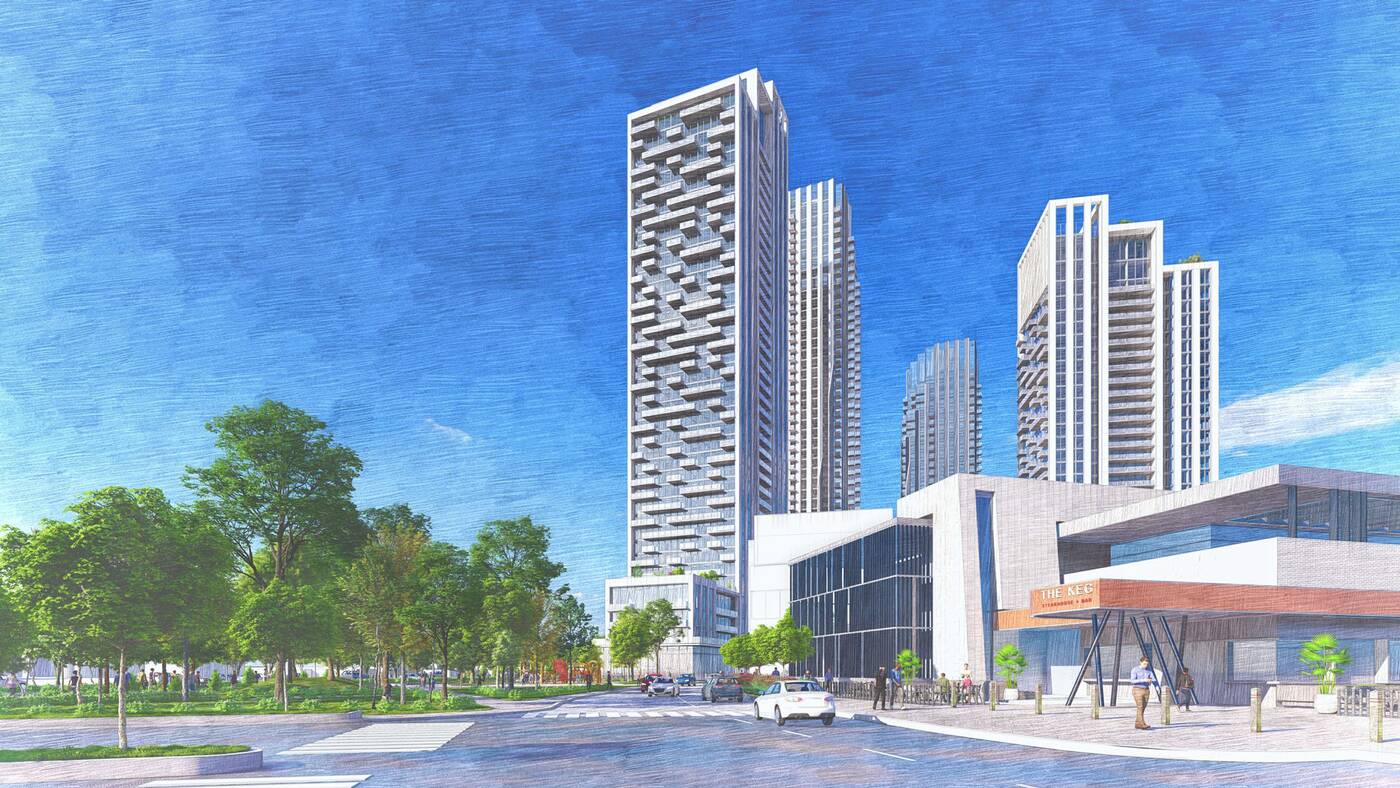 The four towers feature different styles to give the initial phase some visual variety. Rendering by Hariri Pontarini Architects.

The group of towers would add a total of 1,578 residential units to the mall lands, along with a new mall entrance at the base of one of the towers.

This includes 932 condominium units and 646 purpose-built rentals, the latter to be owned and managed by CF, giving the company another revenue stream in addition to commercial leases in the mall.

Of course, it takes a bit more than new housing to turn what has always been a car-oriented destination into a self-sustaining community. To that end, the development includes new public spaces designed to reinforce pedestrian use. 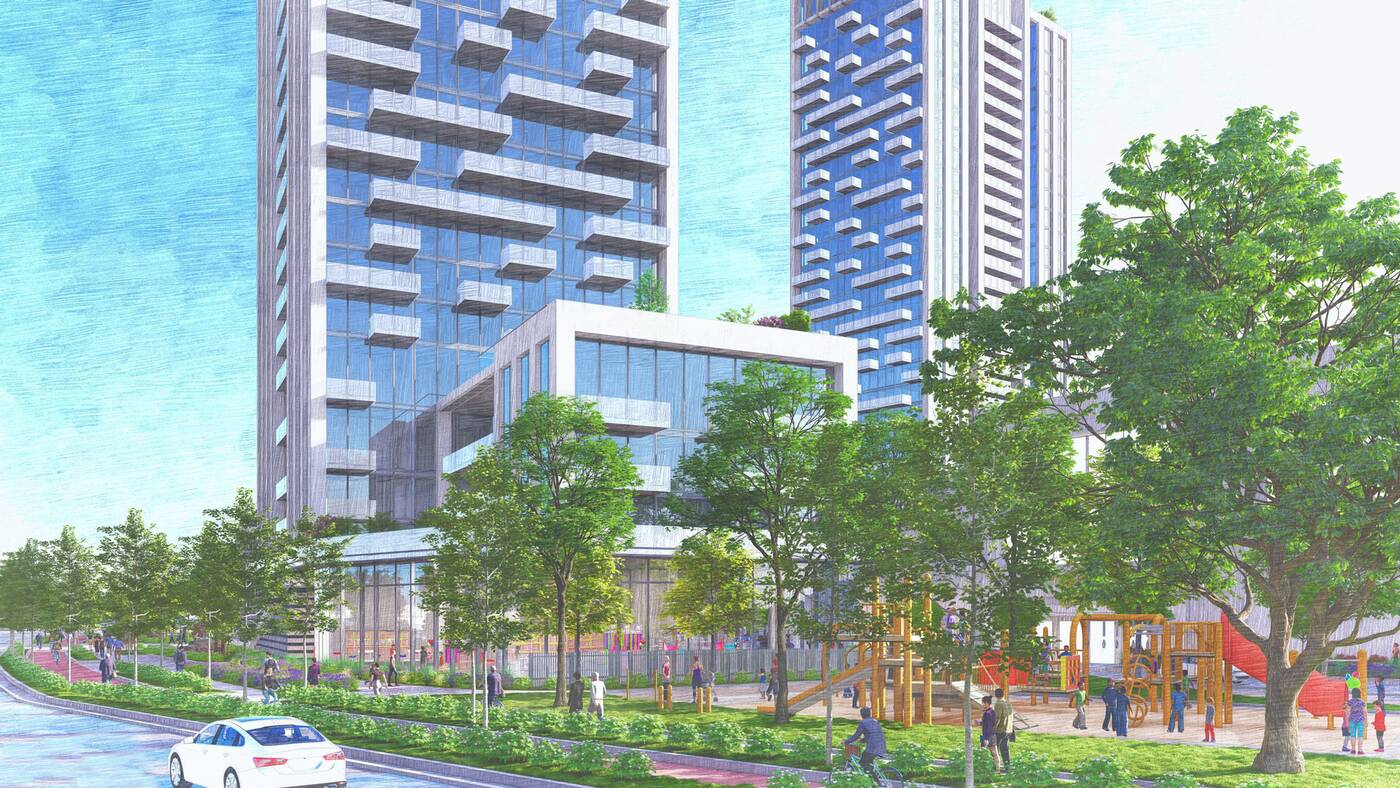 New public space is to be a key feature of the development, designed to promote pedestrian activity. Rendering by Hariri Pontarini Architects.

A 3,061-square metre public park is proposed at the west end of the first phase, which will be joined by an urban plaza fronting the 30-storey tower, which is to feature what planning documents describe as "a mix of sculptural seating elements" along with a variety of landscaping including planters, trees and flexible seating areas.

And this is only the beginning of Sherway Gardens' transformation from mall to community, the first phase representing only a small fraction of the vast expanse of surface parking surrounding the mall.

This first group of towers and future phases will replace this inefficient land use with multi-level garages housed underground and within the base of buildings, keeping ample parking on the site while making better use of space.