One of Toronto's oldest malls is about to be totally transformed

The more than 60-year-old Cloverdale Mall in Etobicoke is agreeably not the most beautiful destination that the city has to offer shoppers.

But a major developer has some big plans for the property, and they've just released the details of the multi-building, mixed-use development due to take the place at the dated, largely one-storey shopping centre near Highway 427 and Bloor Street West. 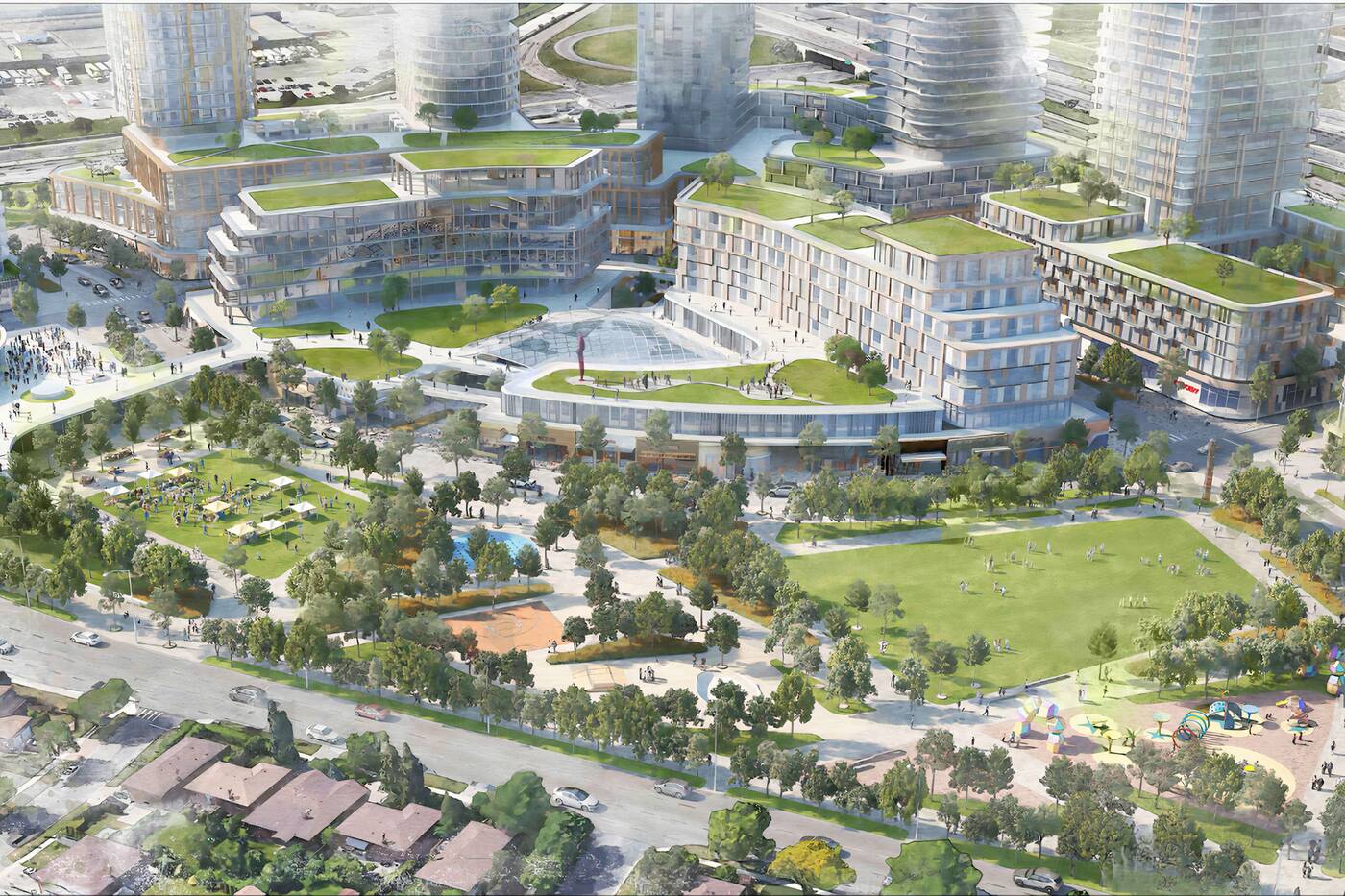 An aerial rendering of the new Cloverdale Mall.

Cloverdale's current sprawling, flat footprint at 250 the East Mall will be upgraded to a number of condo towers offering a whopping 334,000 square metres of living space between 4,050 units, with ample green space interspersed in between them, along with a food market building, community centre and more.

The residential structures range from between 24 and 48 storeys, and circle a new "retail main street" that will have storefronts, cafes and more at ground level.

The centre of the 12-hectare site will be the glazed glass-covered Cloverdale Square, which will increase the retail space of the project to 26,000 square metres and offer even more residences in low- and mid-rise buildings. 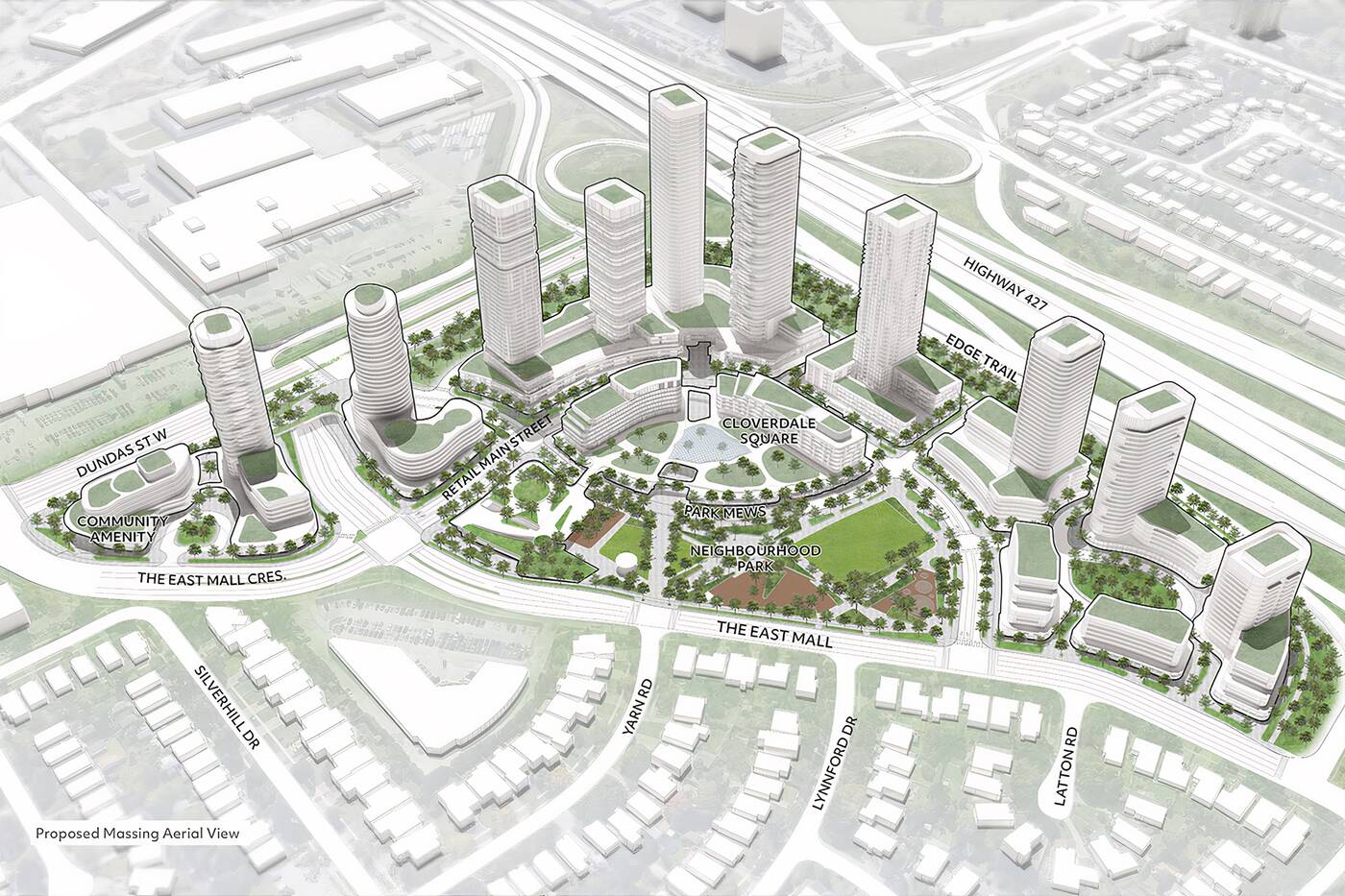 The amenities of the site will be connected by a series of roadways and pedestrian/cyclist paths, and there will be multiple levels of both underground and above-ground parking, a neighbourhood park, rooftop greenery, courtyards and another two residential towers with at-grade retail space on the adjacent lot at 2 East Mall Crescent.

Essentially, it's a huge, modern mini-community with more than enough features to blow the current mall out of the water. 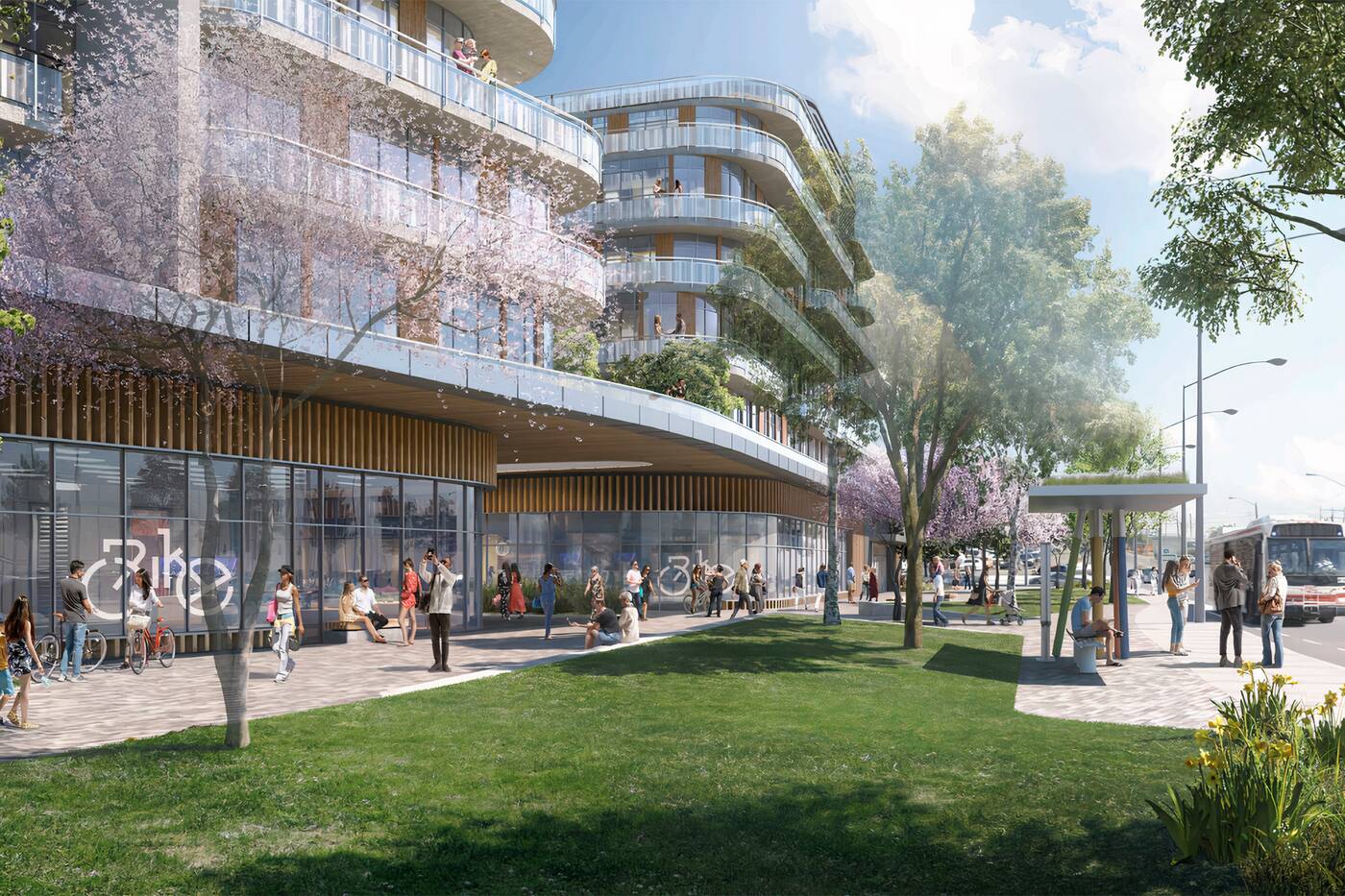 A rendering of the new Cloverdale Mall development.

The land owner and developer, QuadReal, along with architect Giannone Petricone Associates and landscape architect Janet Rosenberg & Studio recently submitted their comprehensive zoning applications to the City of Toronto after months of consultations with the community.

Though Cloverdale Mall has long been a staple of the west end, it's also a relic, and there's no doubt that many will be happy to see it go for something a lot more snazzy, practical and current.