Toronto's mid-20th century shopping malls were built for the convenience of motorists, but times change along with commuting habits and the values of land. Many of these malls are now rethinking their sprawling surface parking lots with an aim to inject residential density that can bolster retail traffic and maximize the value of mall lands.

New communities are already being planned to build out GTA malls like Square One in Mississauga as well as Scarborough Town Centre, Yorkdale, and Sherway Gardens in Toronto, and another has now joined the list.

On Wednesday, a development application was submitted to Toronto city planners outlining plans to redevelop CF Fairview Mall with a new community that will replace existing surface parking, driveways, and an above-ground parking garage structure with thousands of residential units and much more. 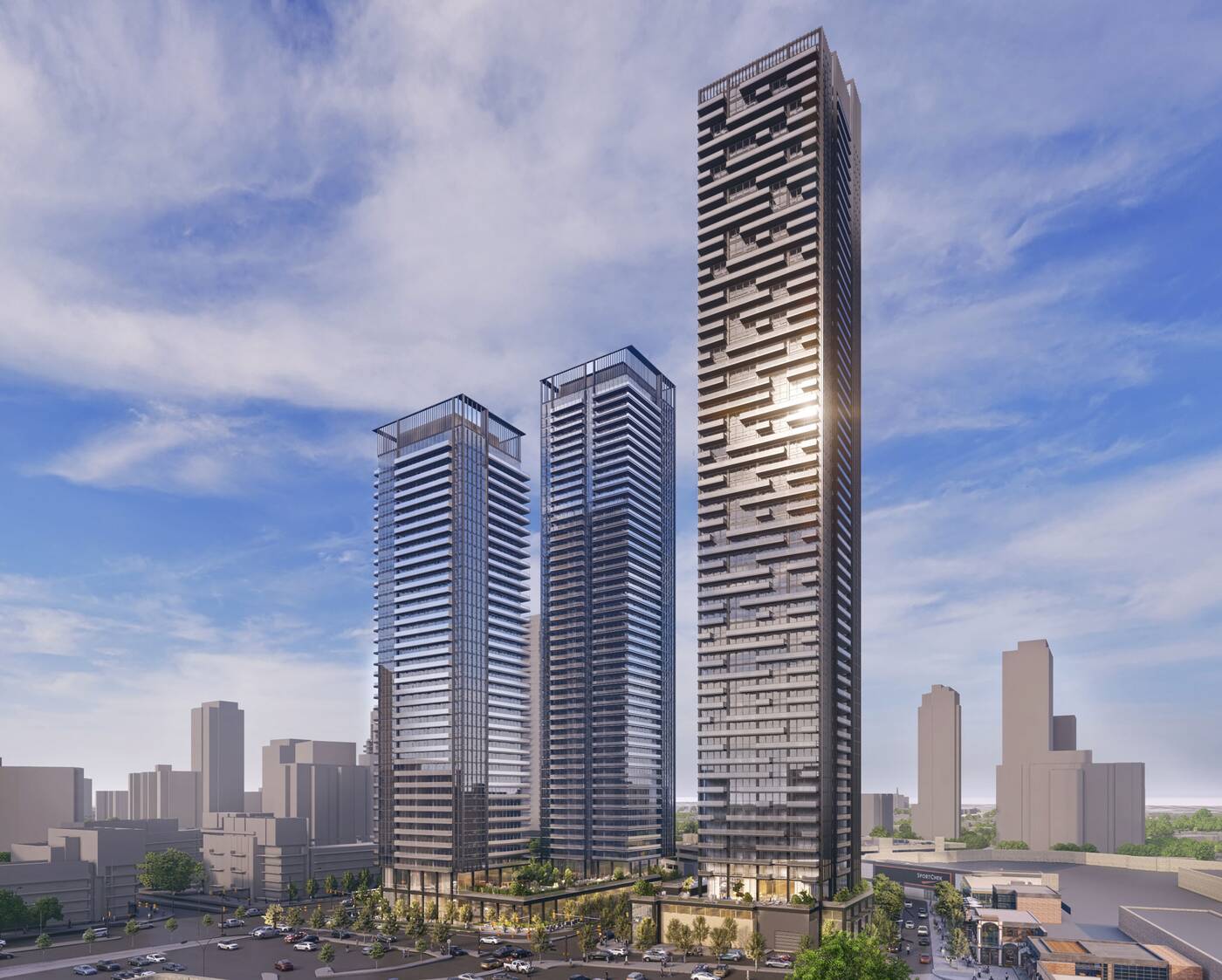 Rendering of the trio of towers facing west from Highway 404.

Within the first phase, three soaring rental and condo towers are proposed with heights of 58, 48, and 38 storeys. These buildings, planned at the doorstep of the Don Mills Subway station along the mall's south side, would add 1.1 million square feet of space to the Fairview Mall complex.

The first phase is also planned to bring a pedestrian urban plaza to the neighbourhood, known as the "Village Green," linking the subway station and residential buildings. 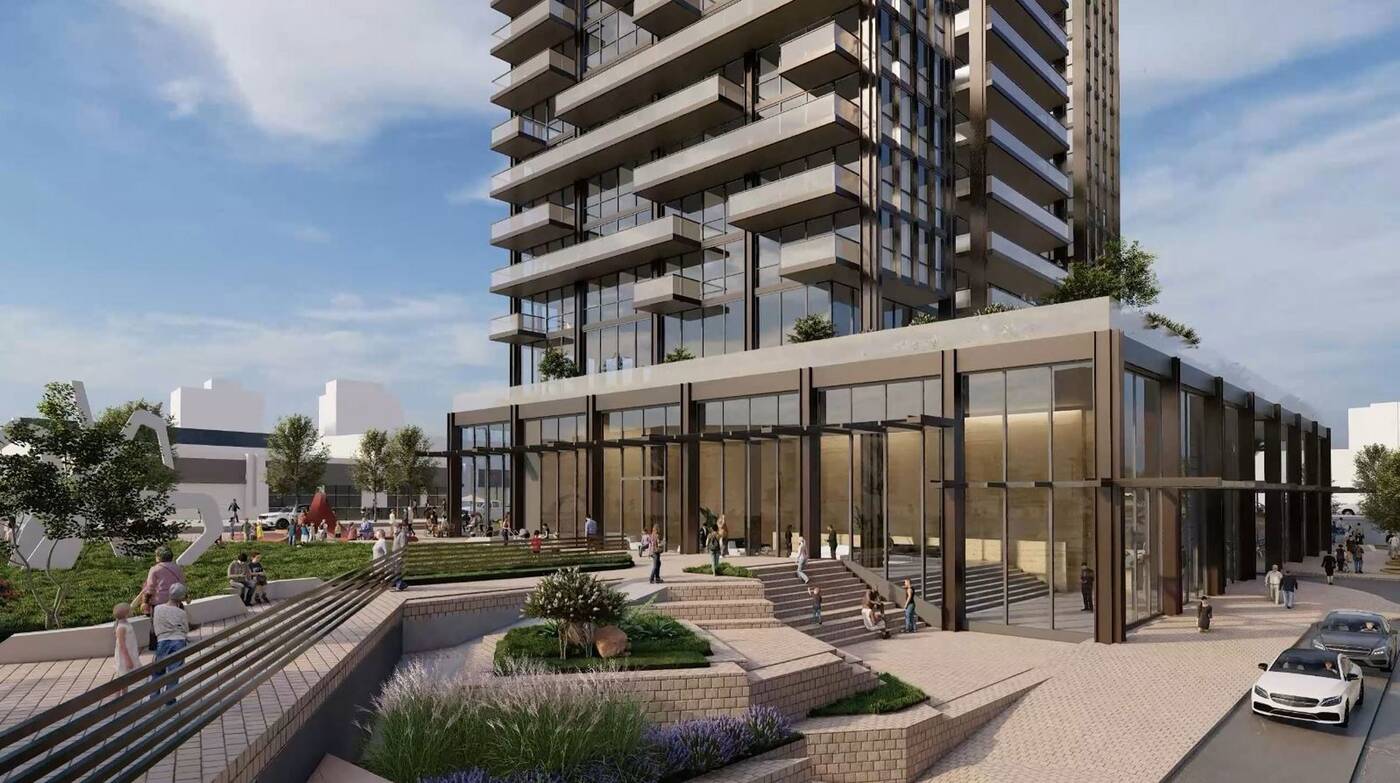 One of the rental towers' bases shown surrounded by landscaping.

The tallest tower in phase 1, planned to reach a height of 197.6 metres, would rank among the top 30-tallest buildings in the city if complete today, much taller than anything that currently exists in the neighbourhood.

The nearby Emerald City and Heron's Hill condo complexes to the south and east of the mall both contain towers in the 30-to-40-storey range, but 58 storeys would be a new precedent for the area.

A day after the application was submitted, CF and SHAPE issued a press release announcing the joint rezoning submission and a renewed community master plan to inject new life into the 1970-built shopping complex.

"As our longest operating shopping centre in the GTA, the Master Plan redevelopment extends our long-term vision and supports an expanding demographic seeking convenient, high-quality, and accessible residency in a dynamic, transit-connected community."

The announcement comes as Fairview is wrapping up an $80 million renovation and revitalization project that is expected to conclude in late 2022.